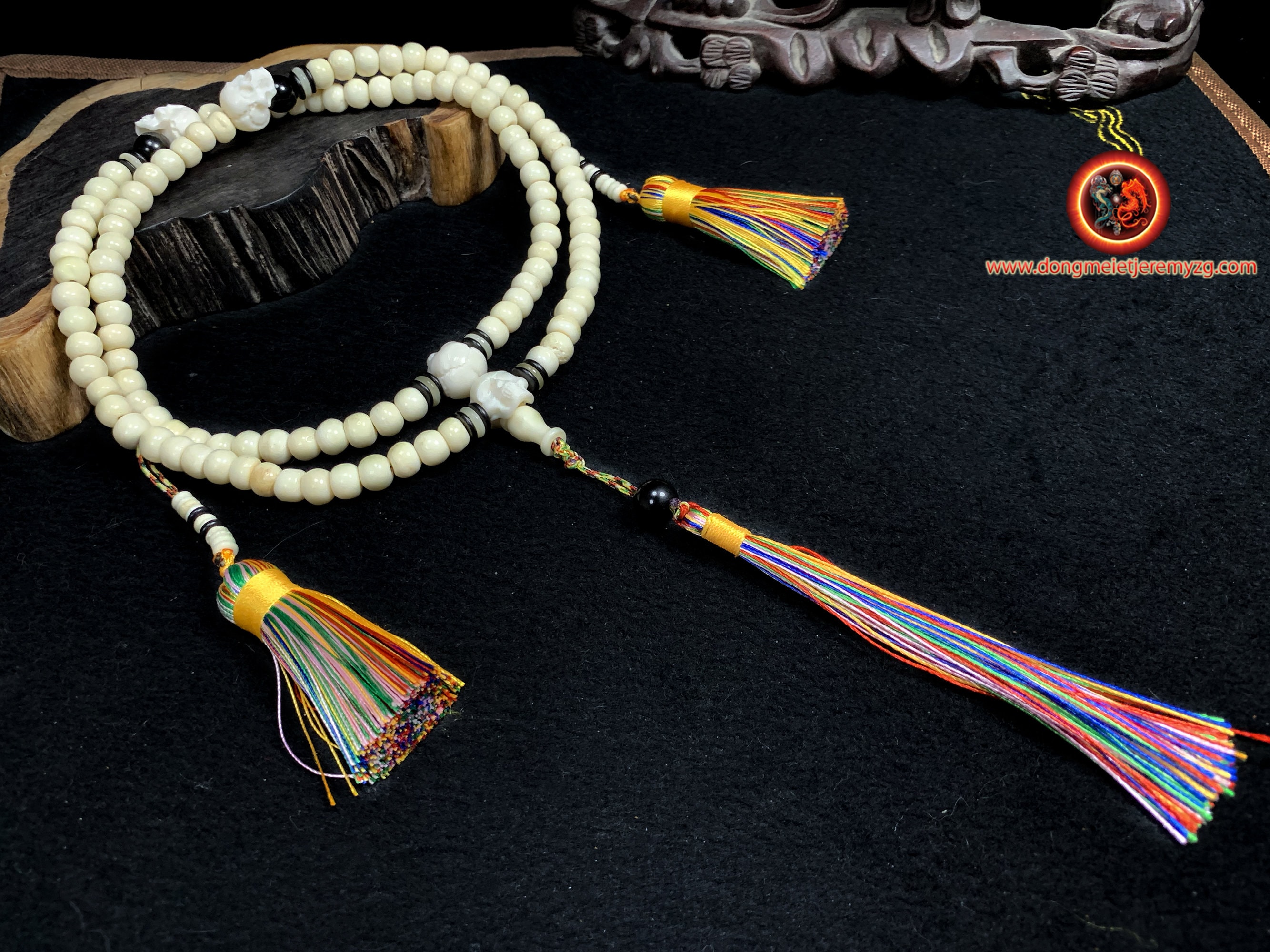 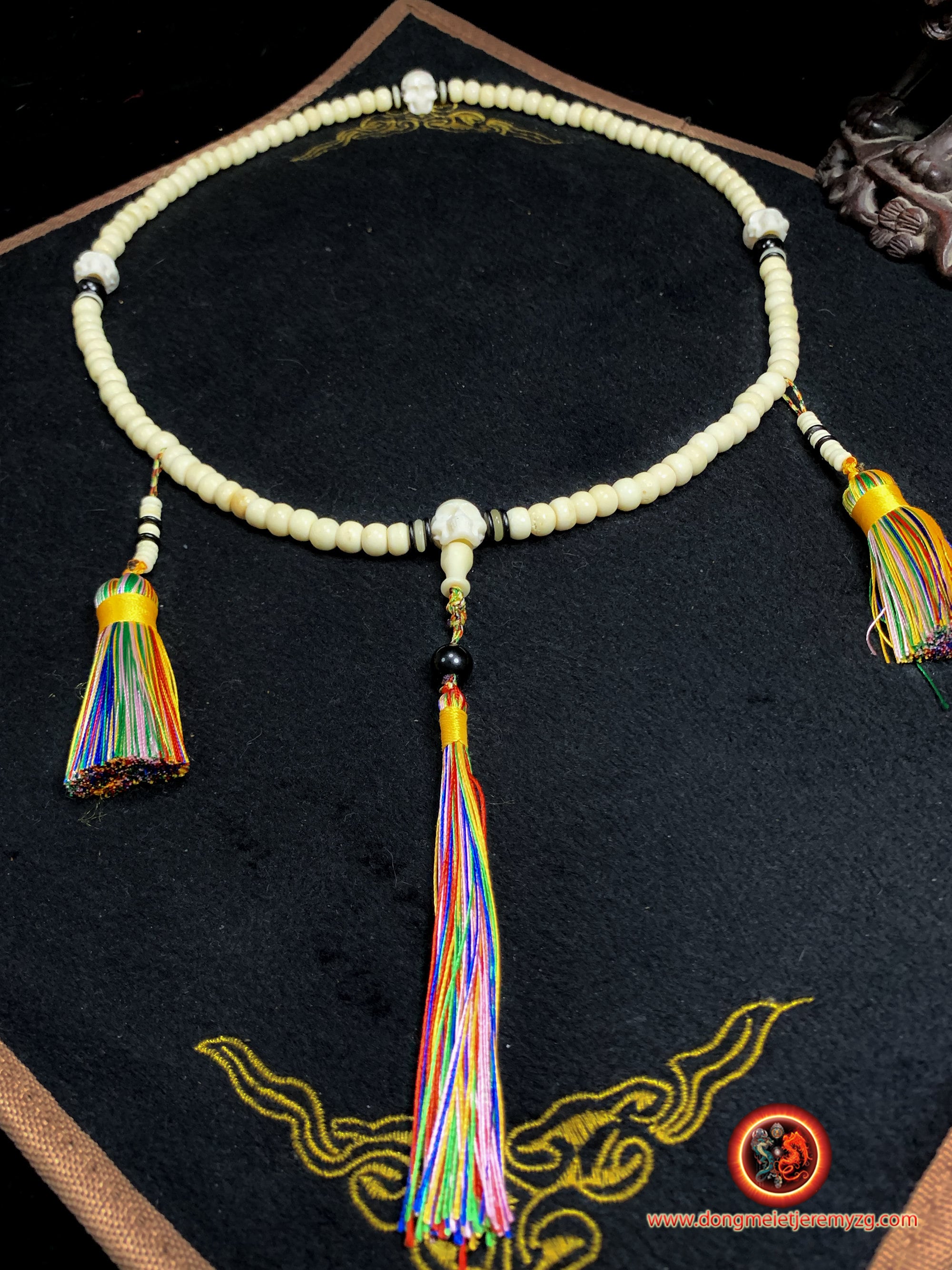 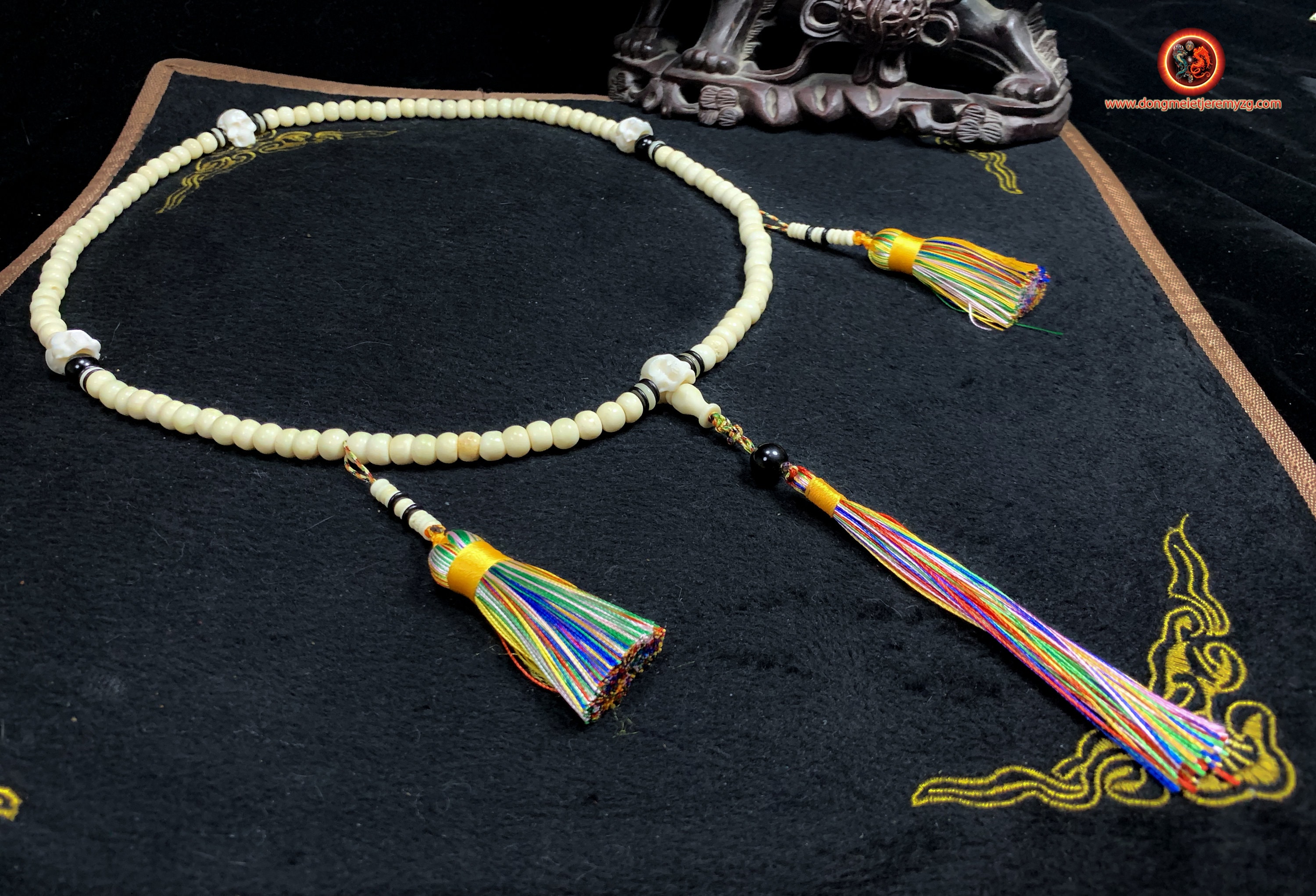 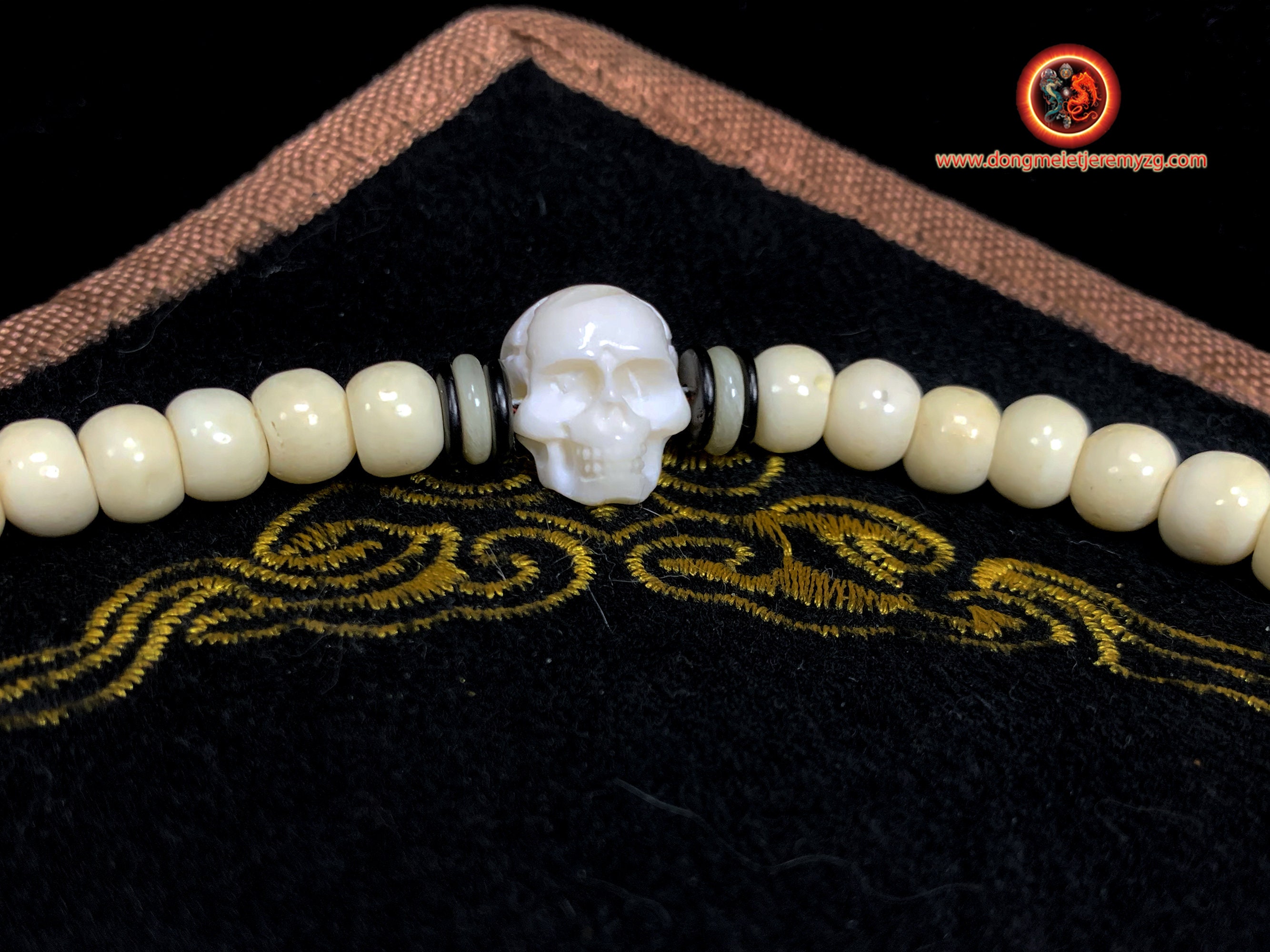 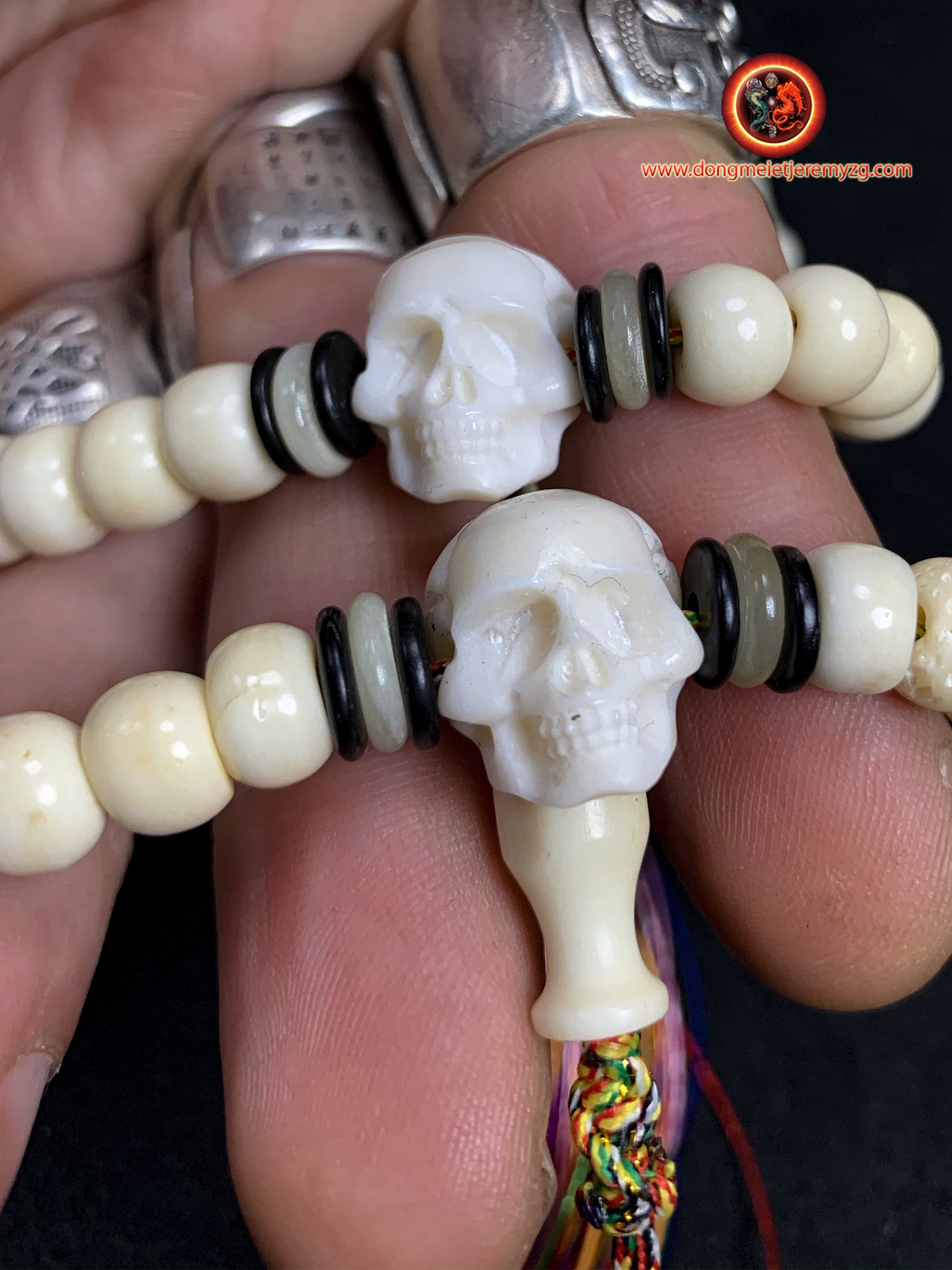 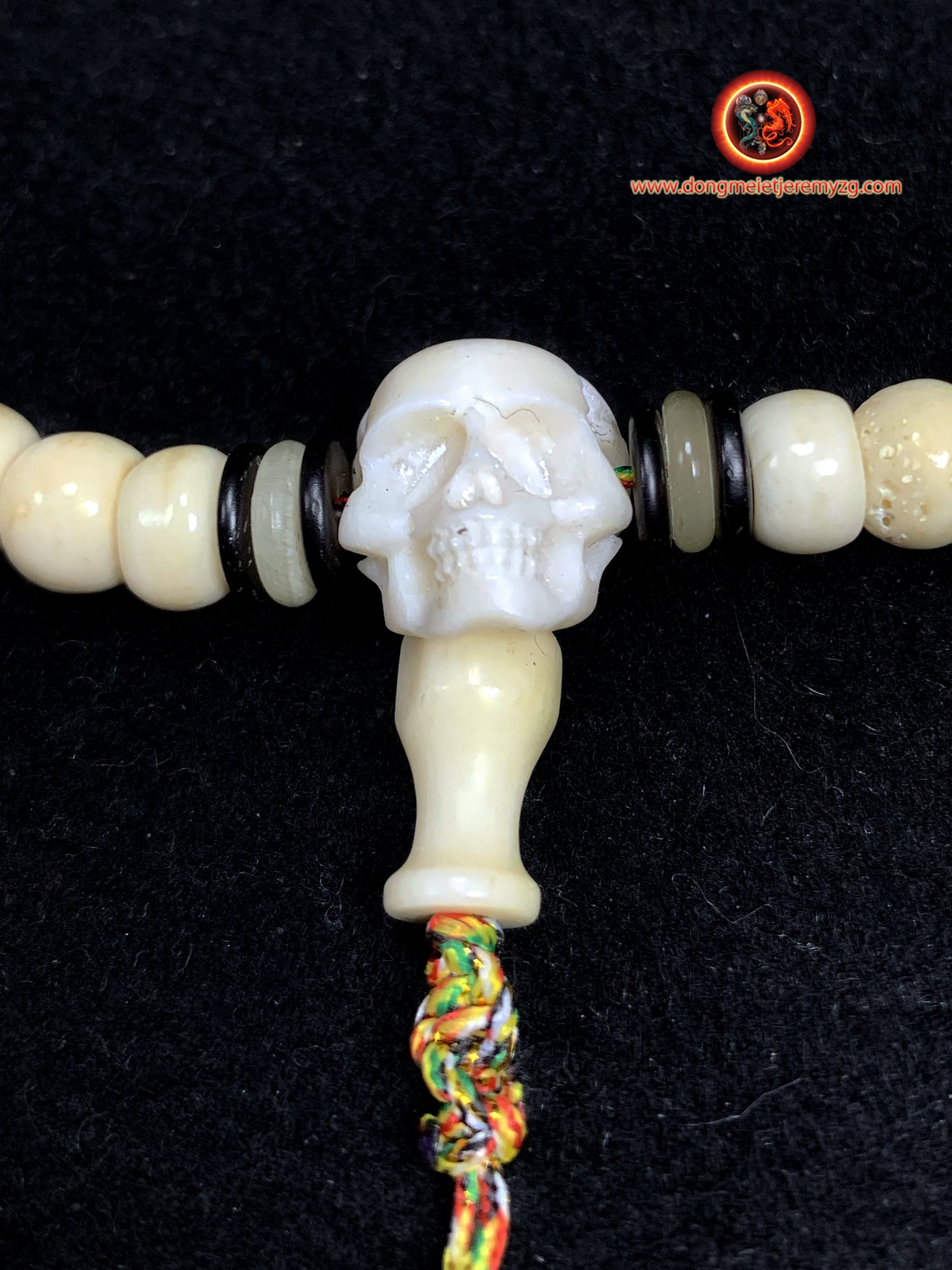 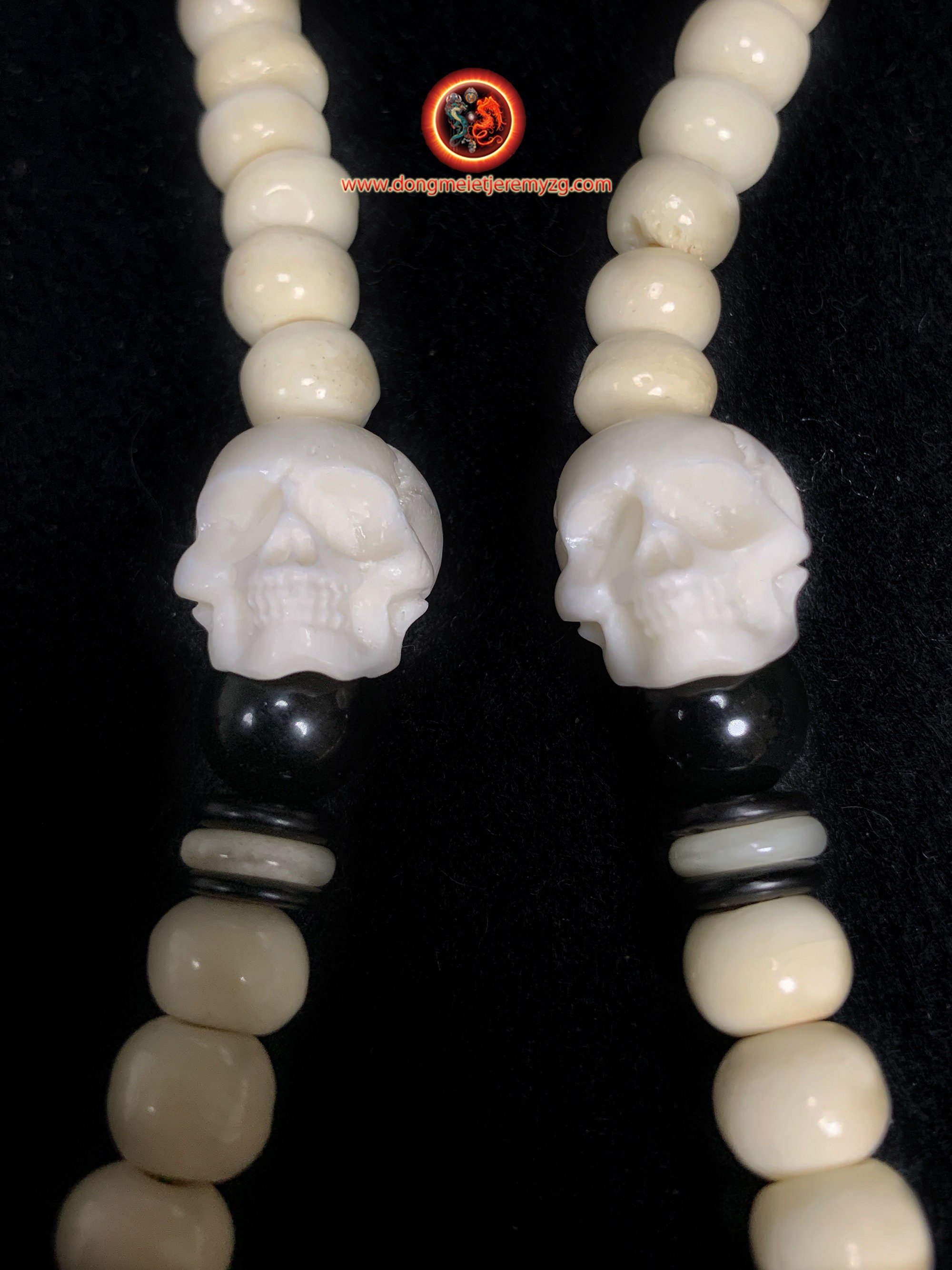 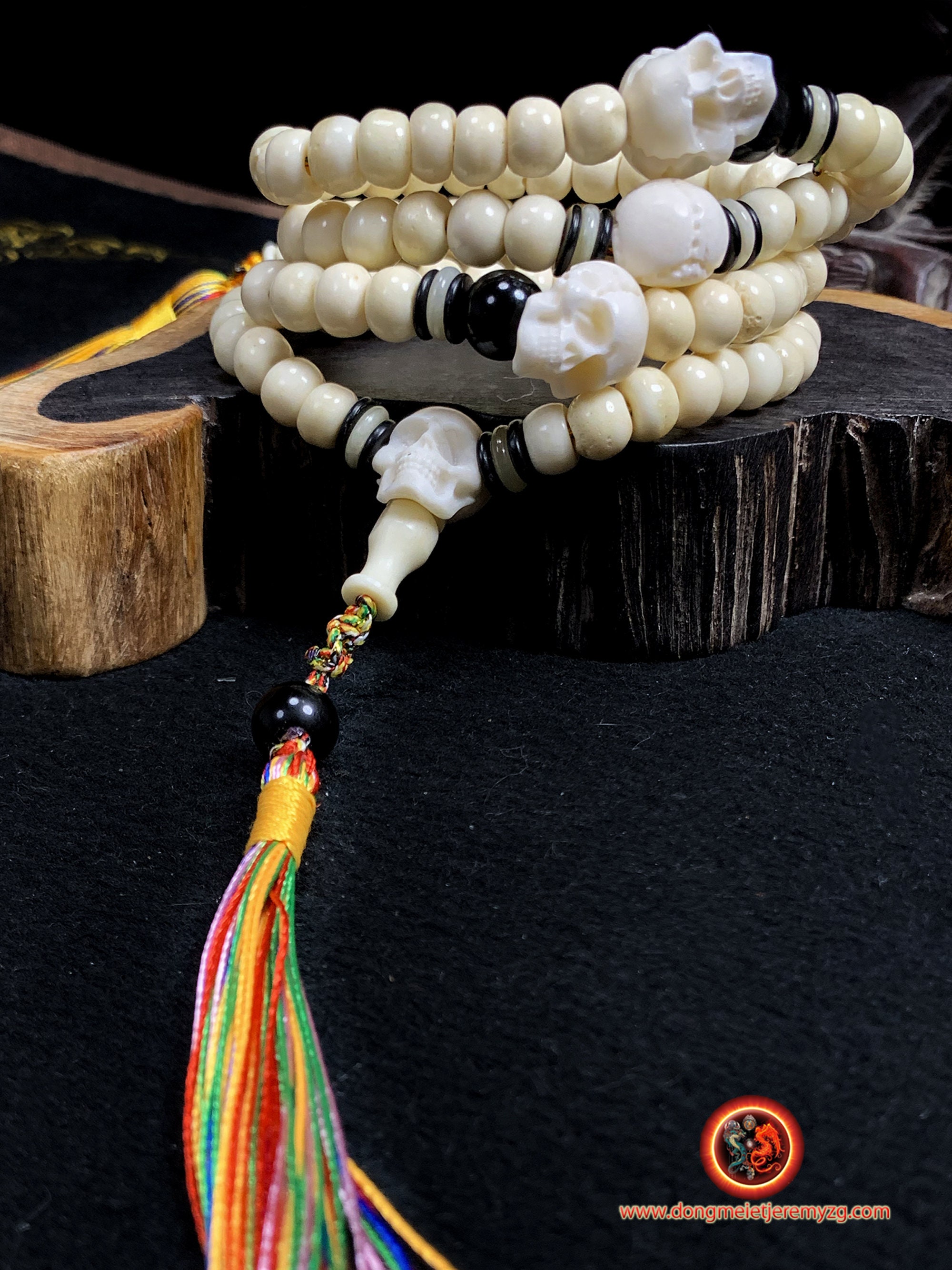 Total length of the room 53 cm

Detailed video on the skulls, available through this link
https://youtu.be/GdE0WJr3OH4

108 bone beads of DZO (hybrid breed between the domestic buffalo and the wild yak), these pearls are old and come from Nepal, diameter of each pearl 8/6mm
Many are baffled by the use of bone beads, but in Buddhism and more specifically in Tantric Buddhism or Vajrayana such as Tibetan Buddhism, the use of bone is meant to remind us of the very fact of our impermanence, that death will eventually come.

We also placed 4 skulls also made of bone, entirely made by hand.
Dimensions of each skull 16/12/14mm
In Asia, we find the symbolism of the skull in Buddhism and Hinduism through their religious art. Indeed the representation of the lord of death among Buddhists, named Yama, has five skulls around his head, like a crown that indicates a victory over five defects: hatred, greed, pride, envy and ignorance. On the other hand in the Hindu religion Kali the goddess of death is adorned with a necklace of skulls.

Finally the traditional Tibetan pompoms are in the colors of Buddhism