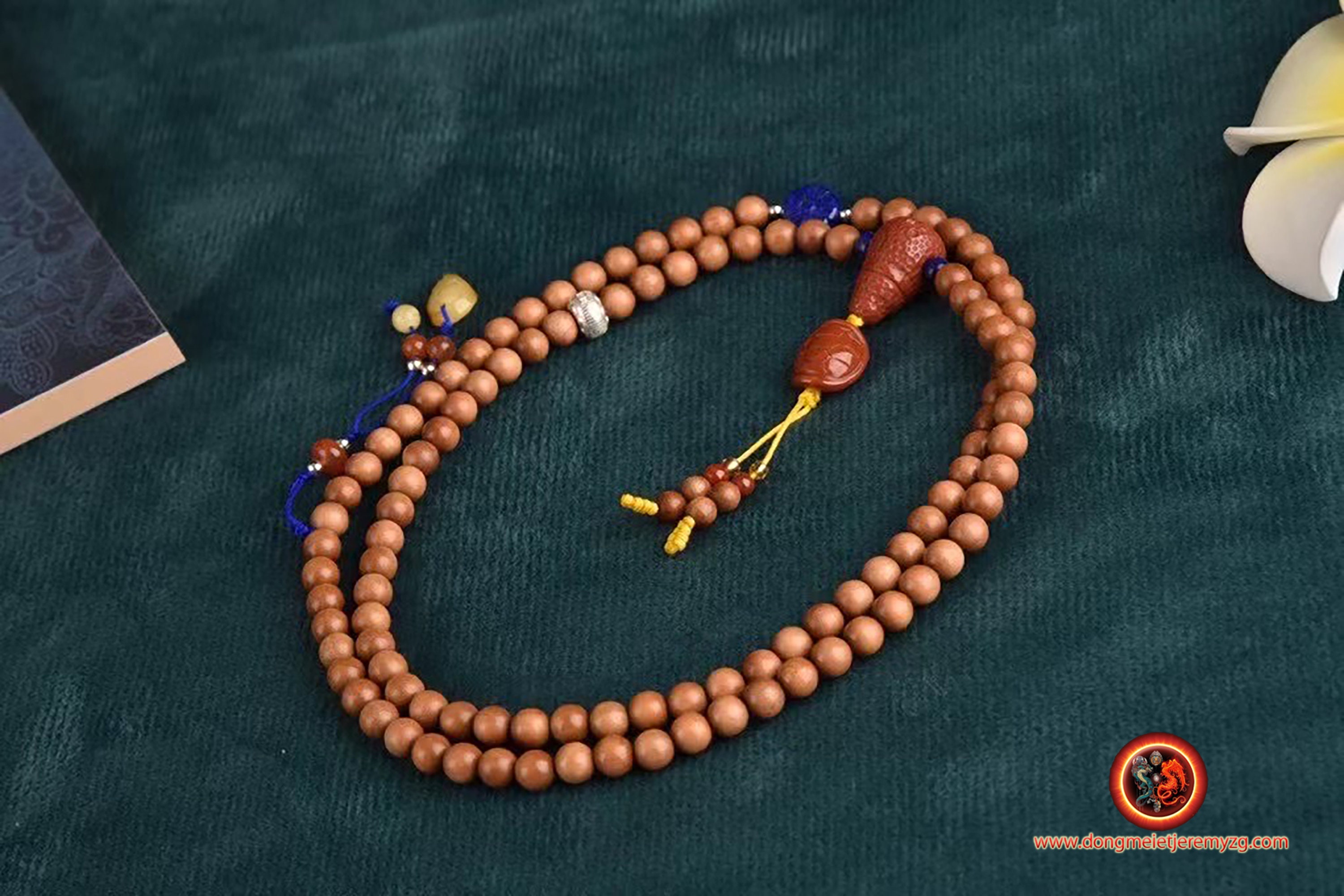 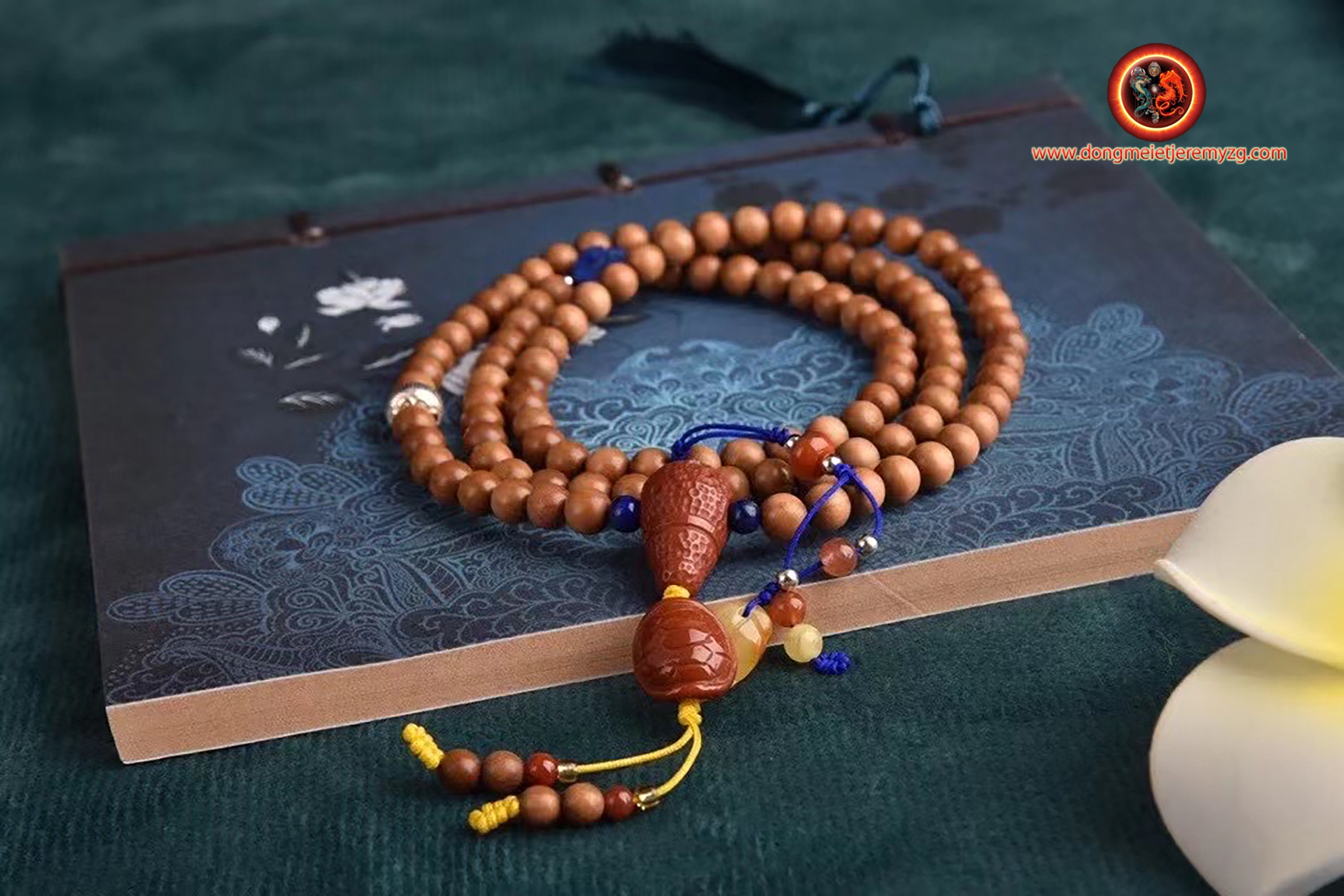 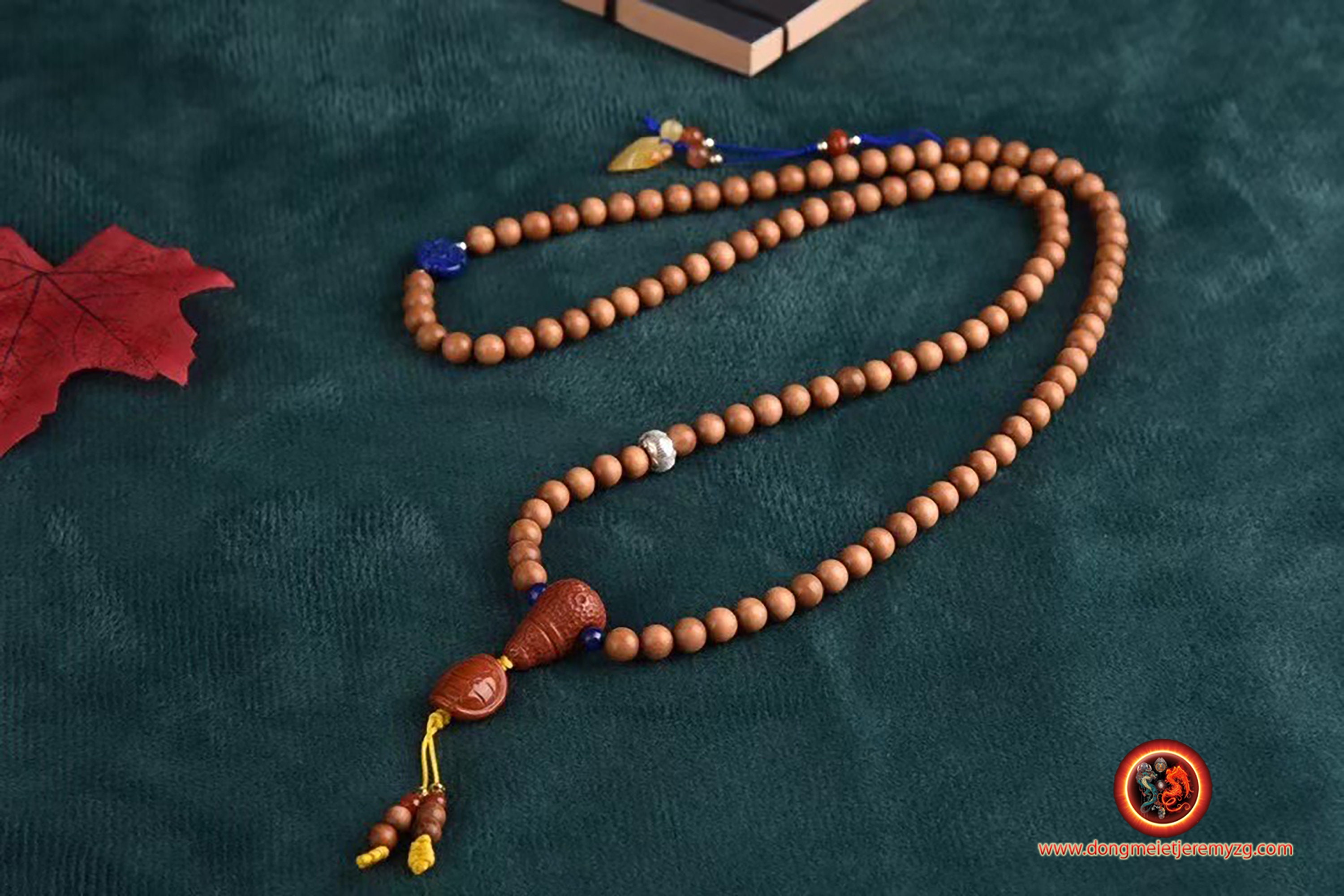 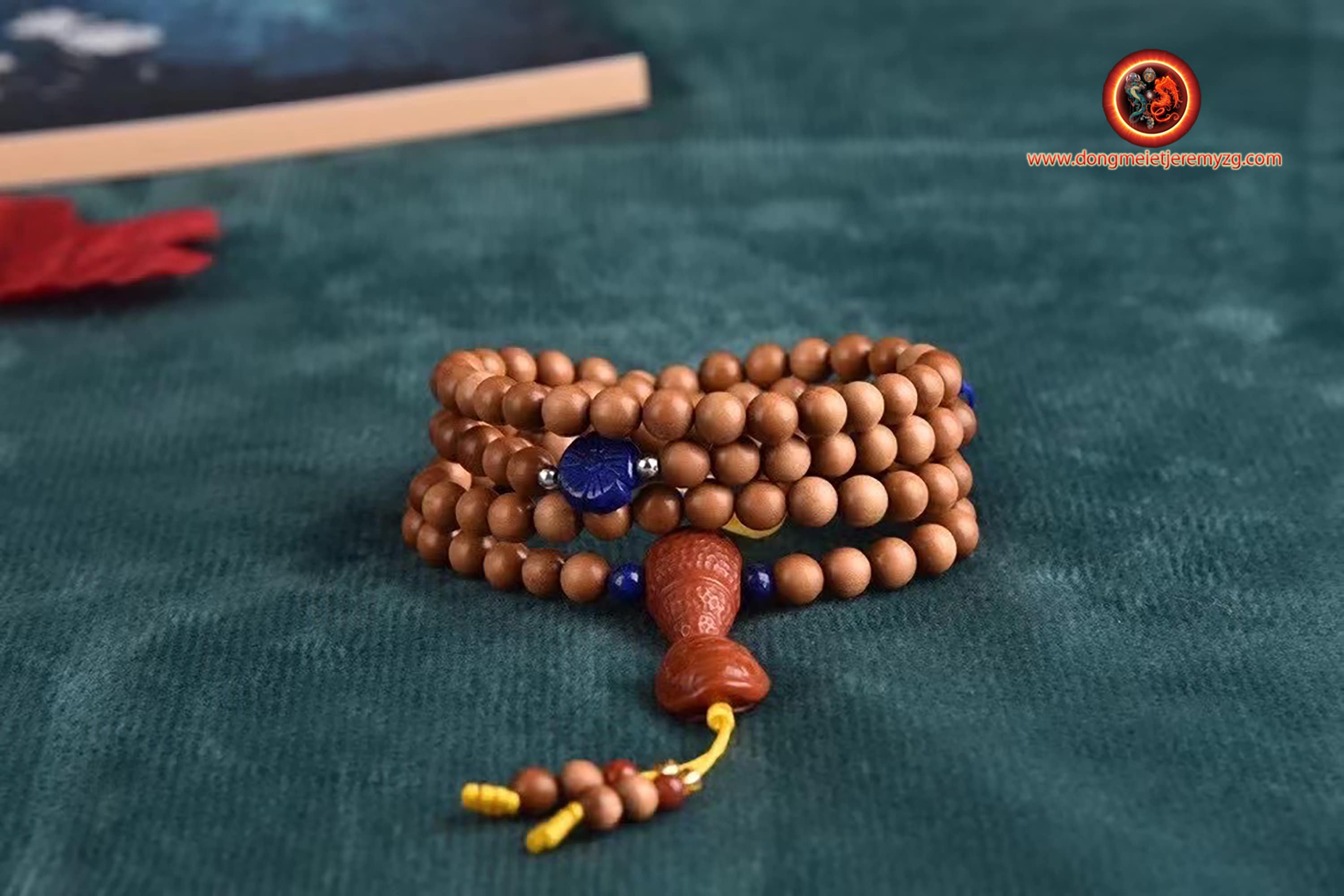 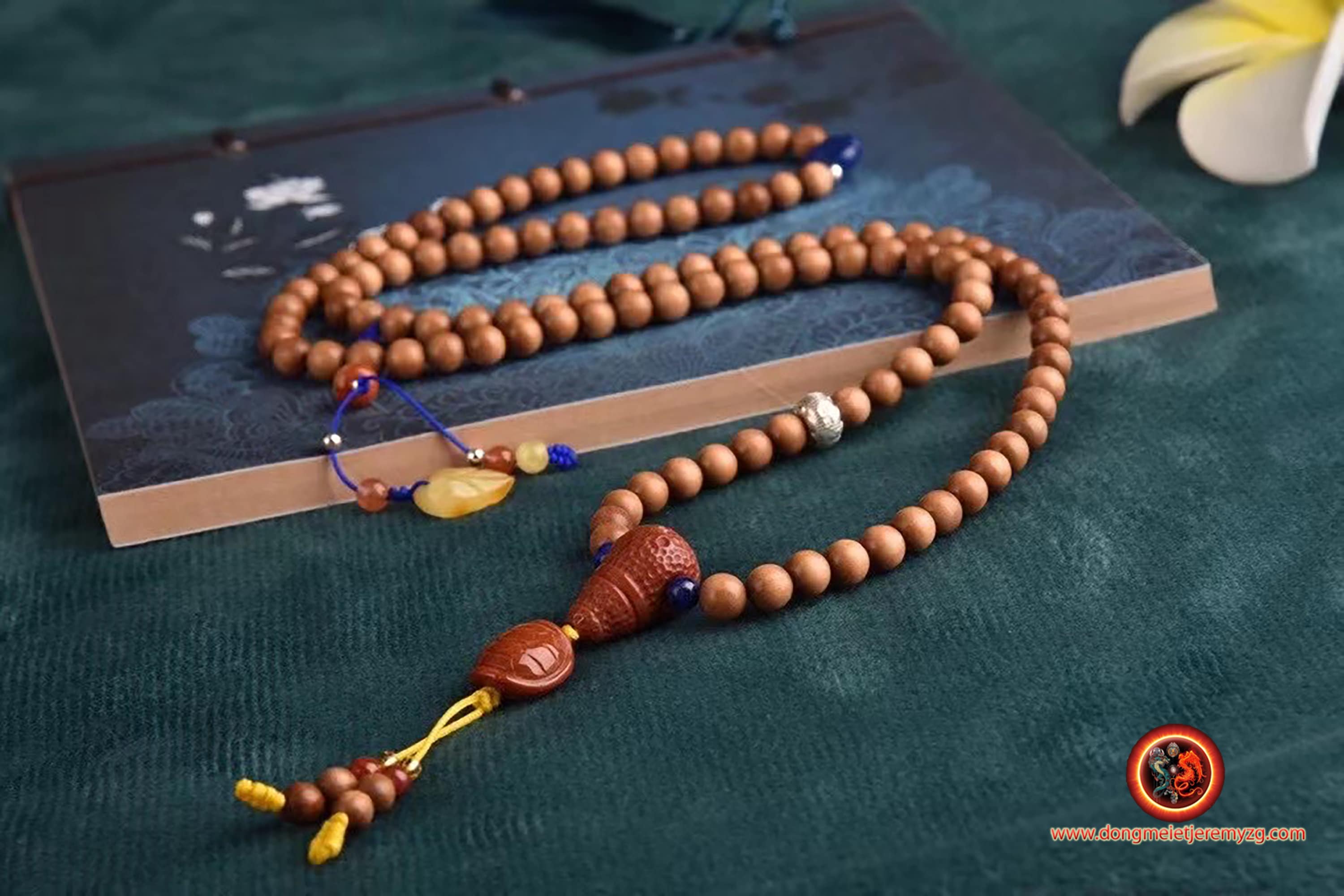 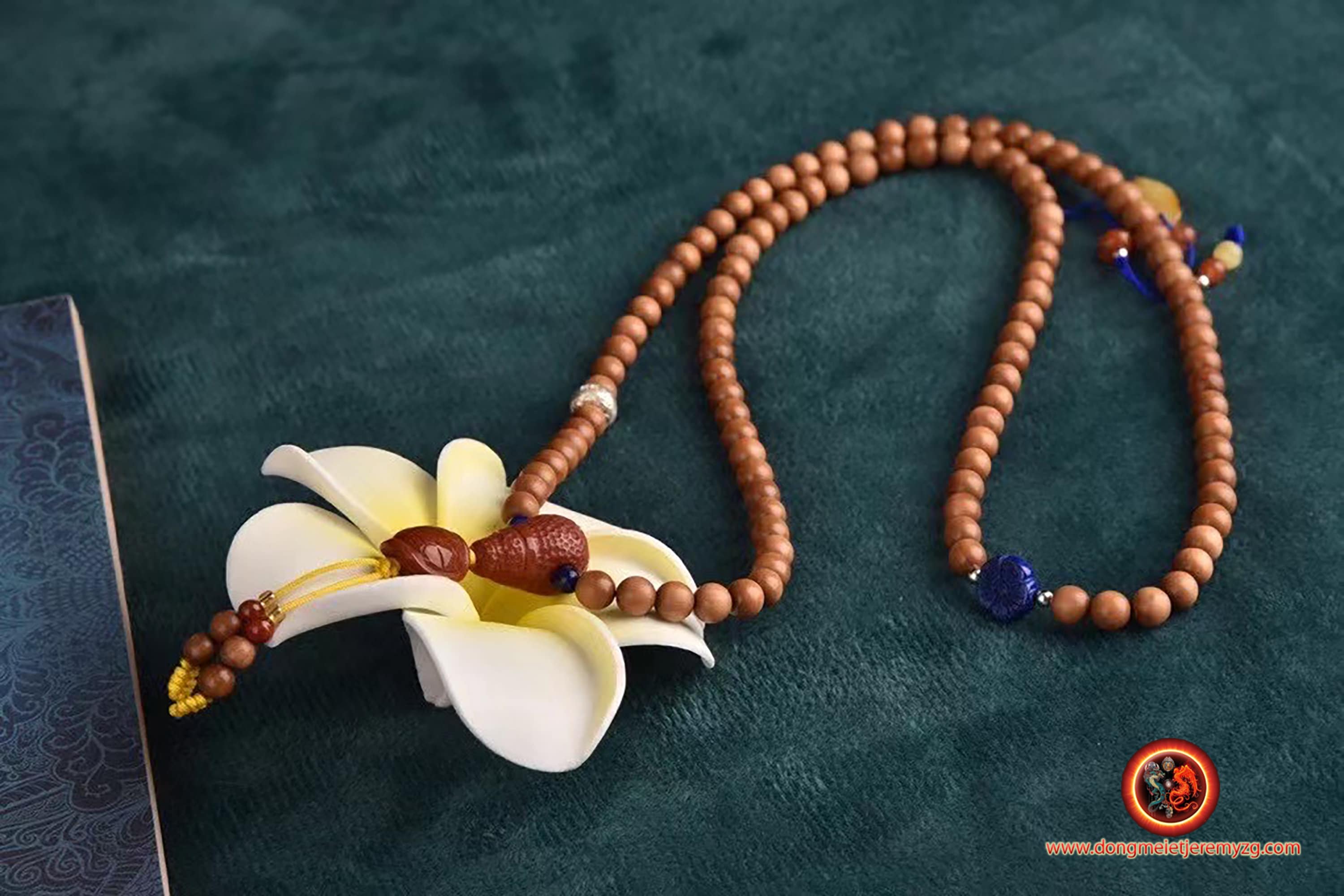 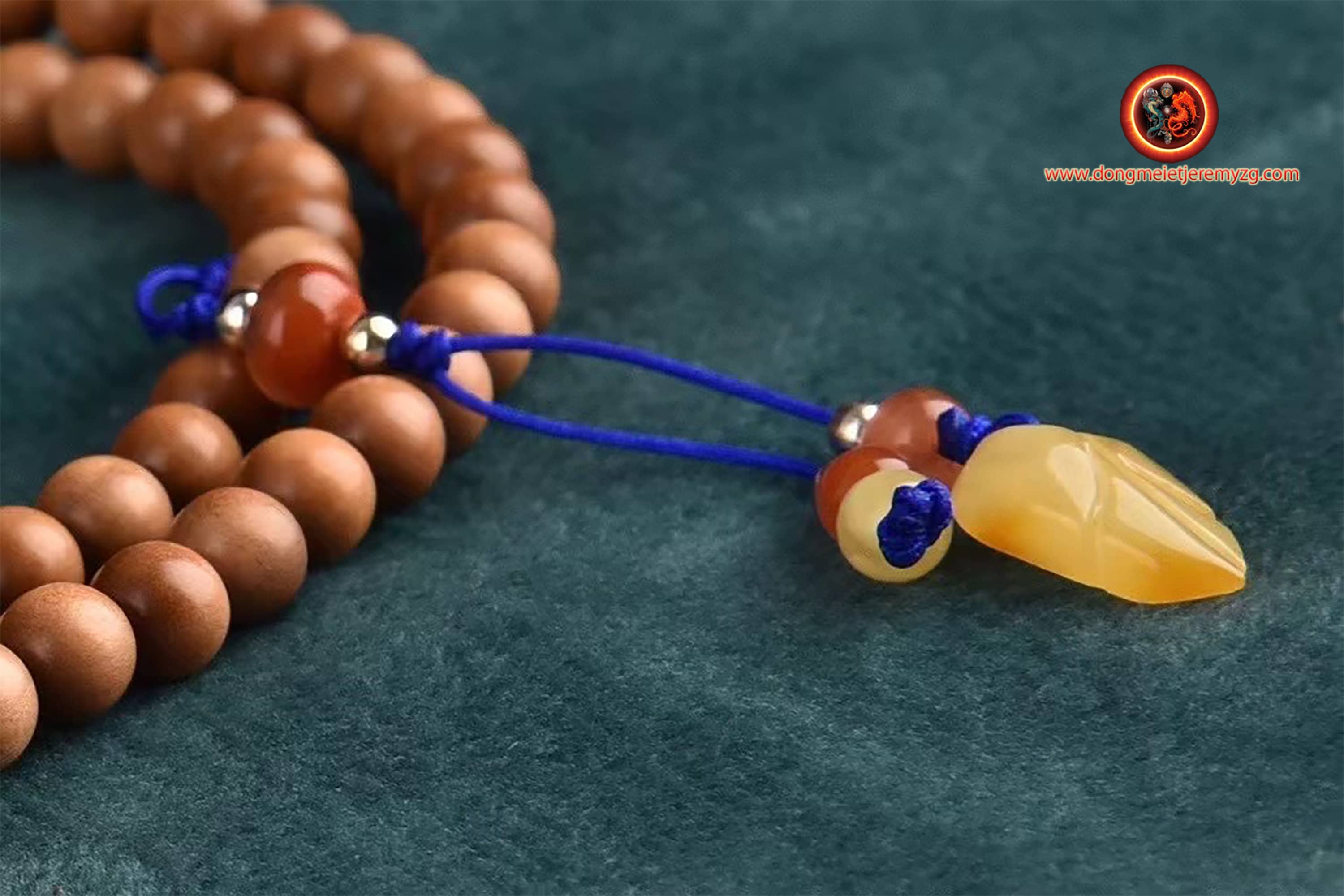 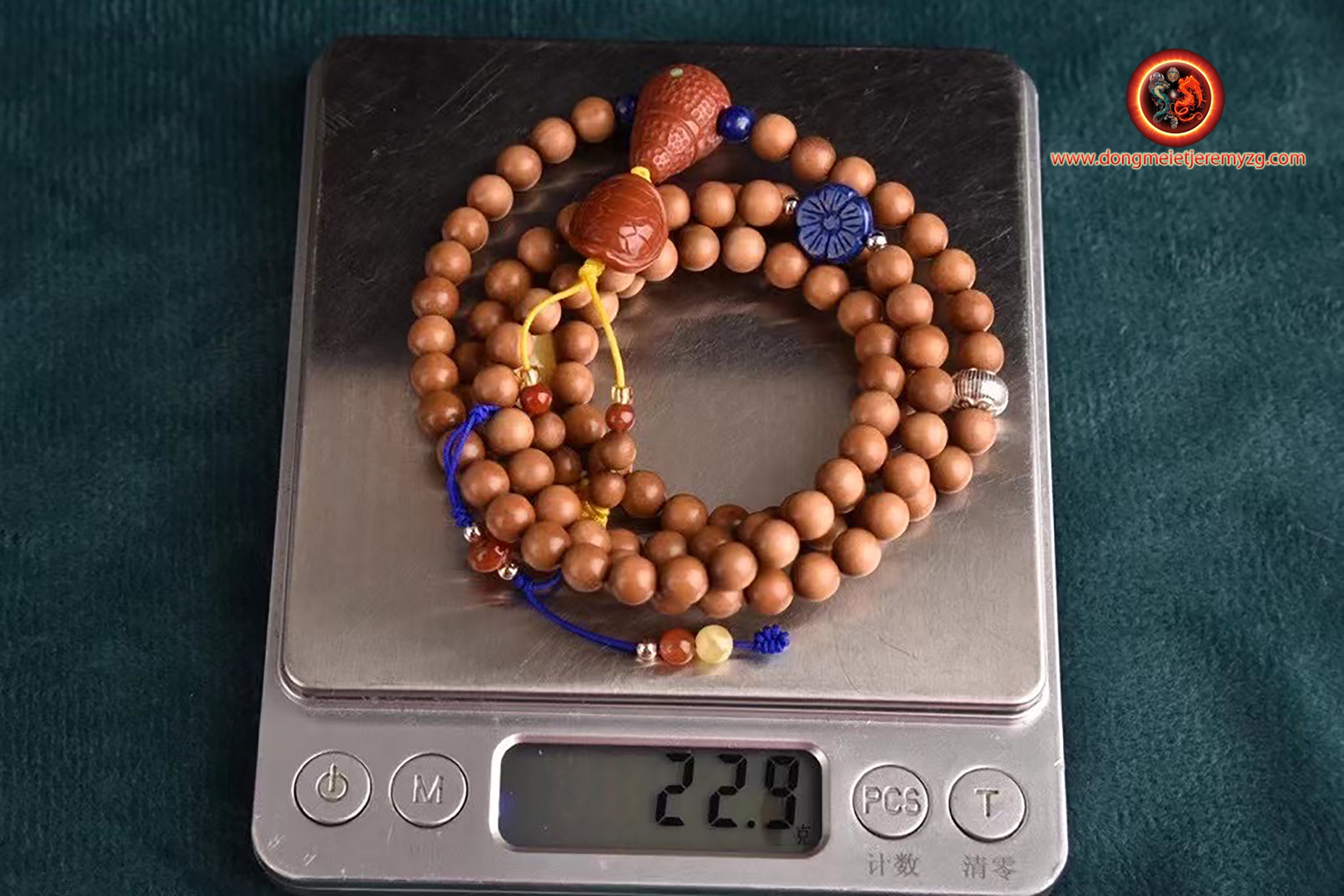 108 high quality sandalwood beads called Laoshan, collectible sandalwood become rare.
The Indian sandalwood (S. album) is now very rare and therefore very expensive. Sandalwood from the Mysore region of South India is considered the best quality available. New plantations have been set up with the help of the international community in Tamil Nadu.
It is distinguished from other sandalwoods by its characteristic fragrance that persists over time, and the quality of its wood.
Pearls 6mm in diameter each

The whole thing is enhanced with amber, called royal amber by its waxed color of Burma.