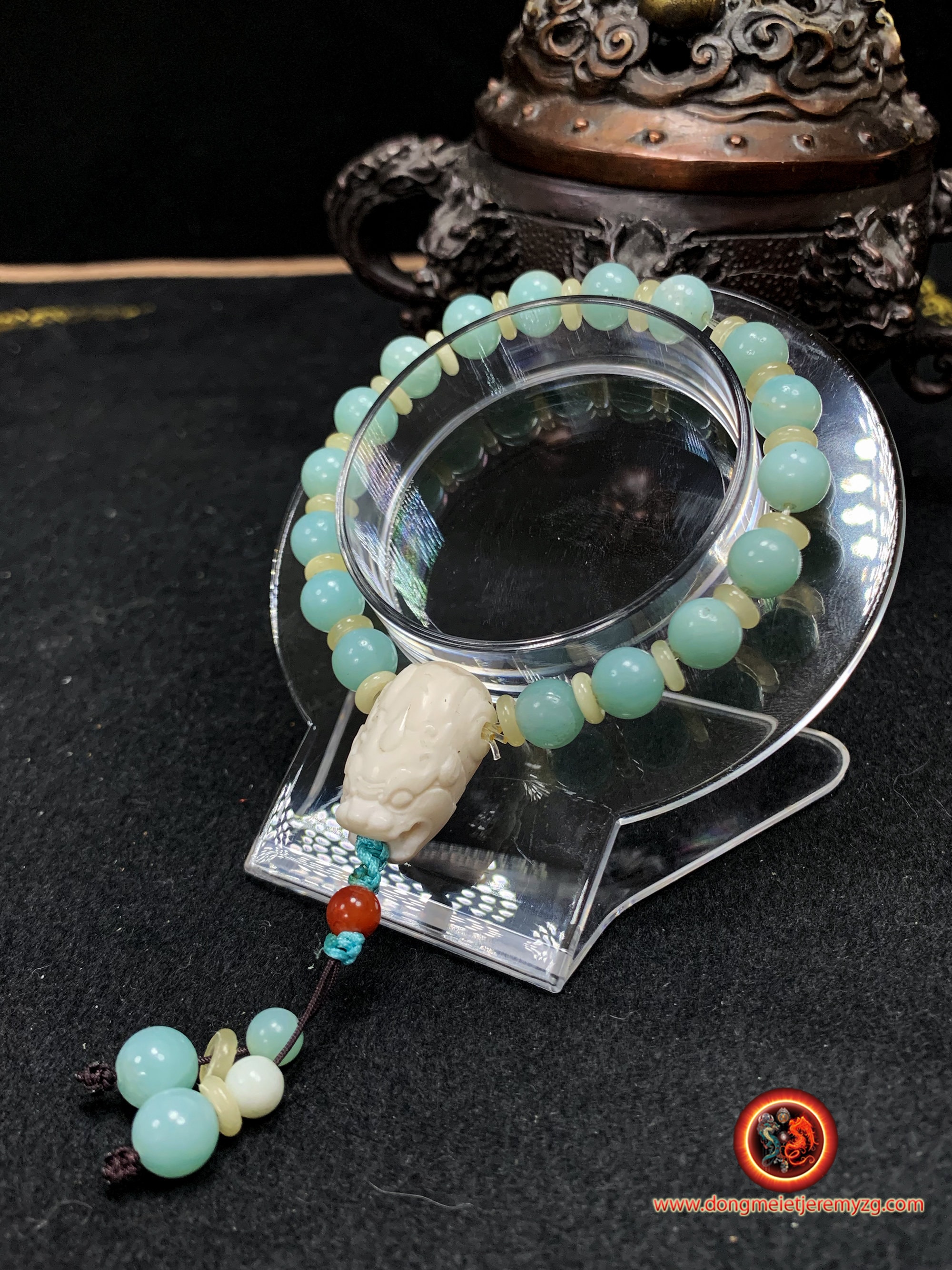 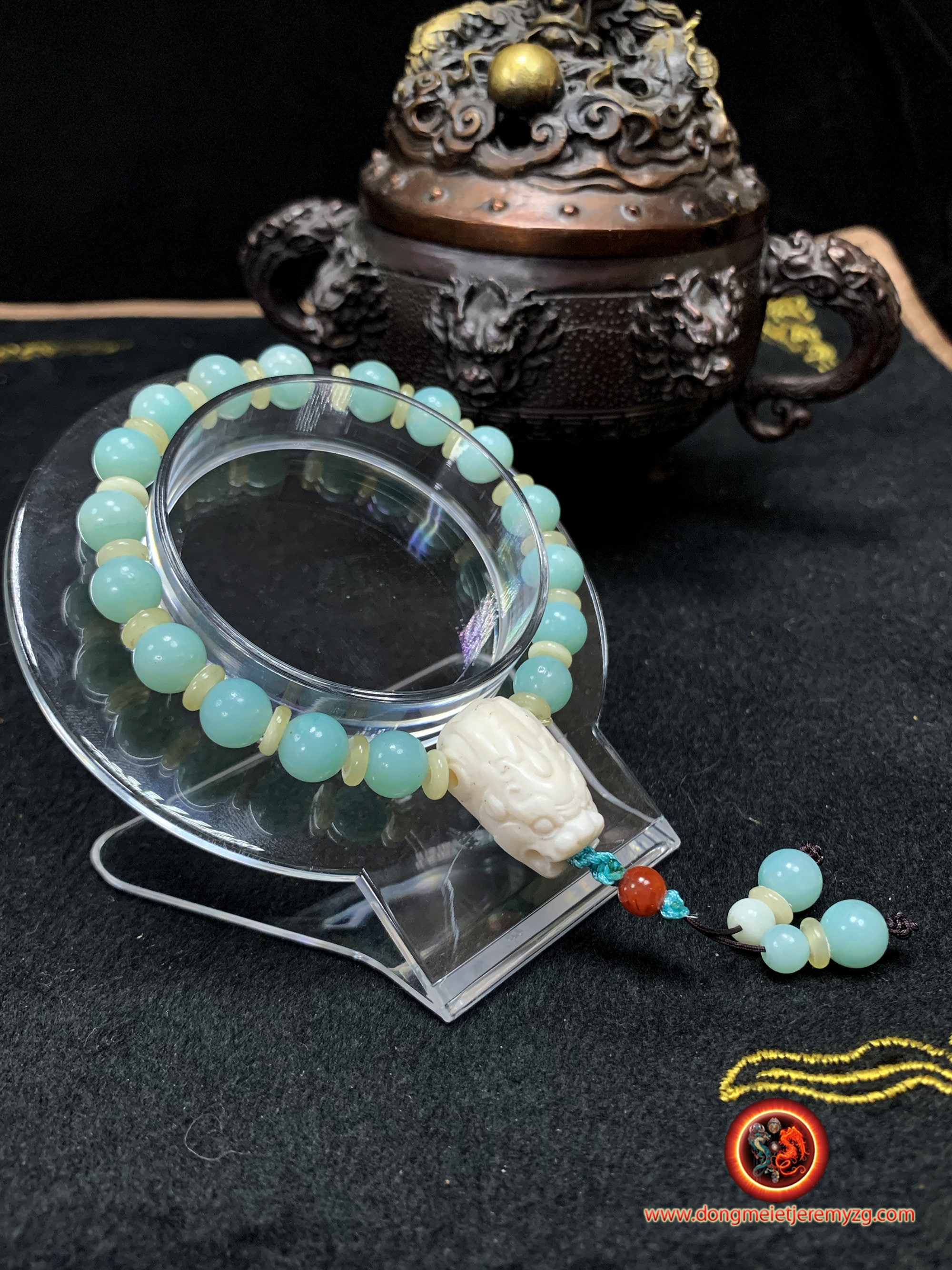 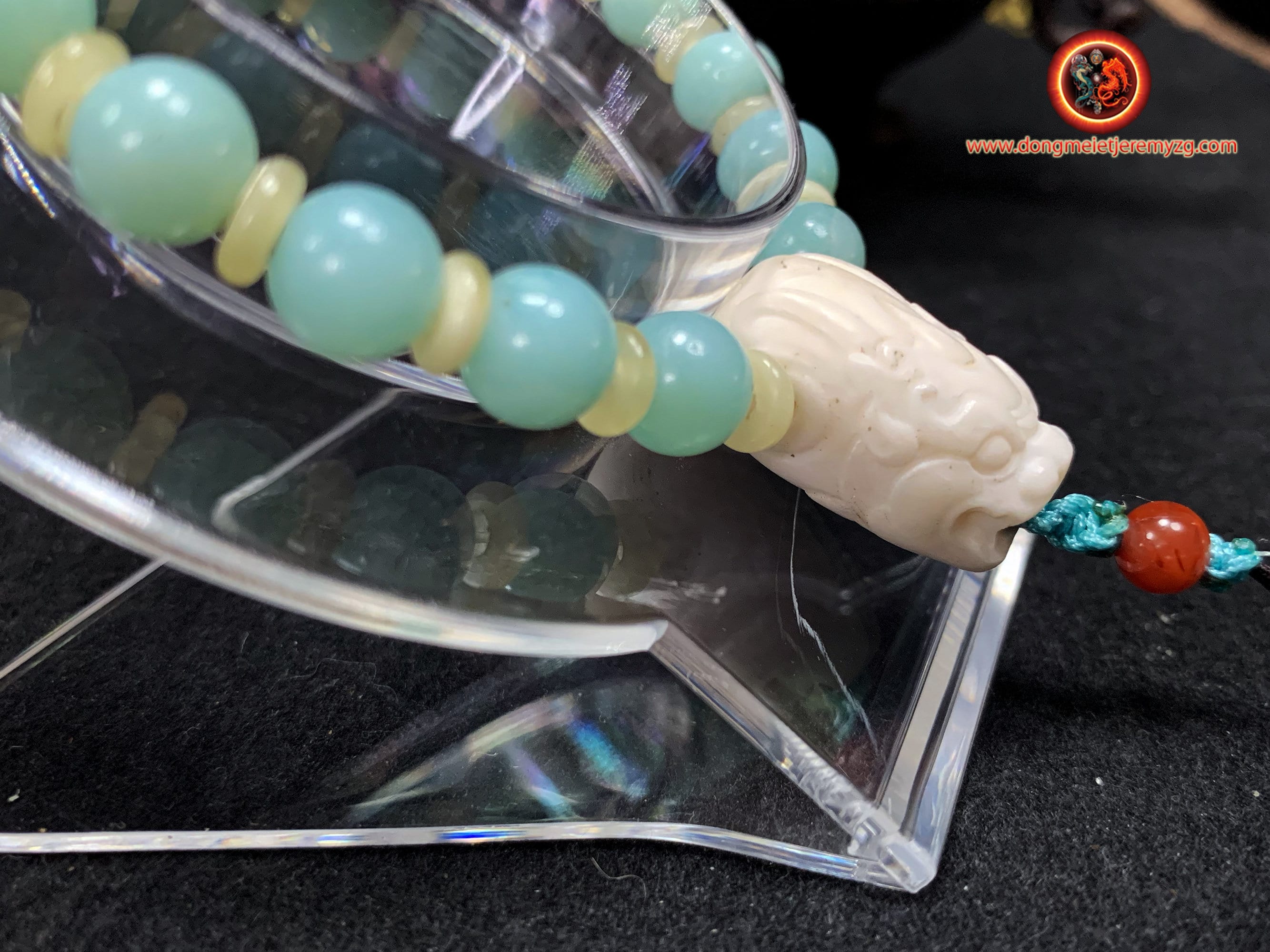 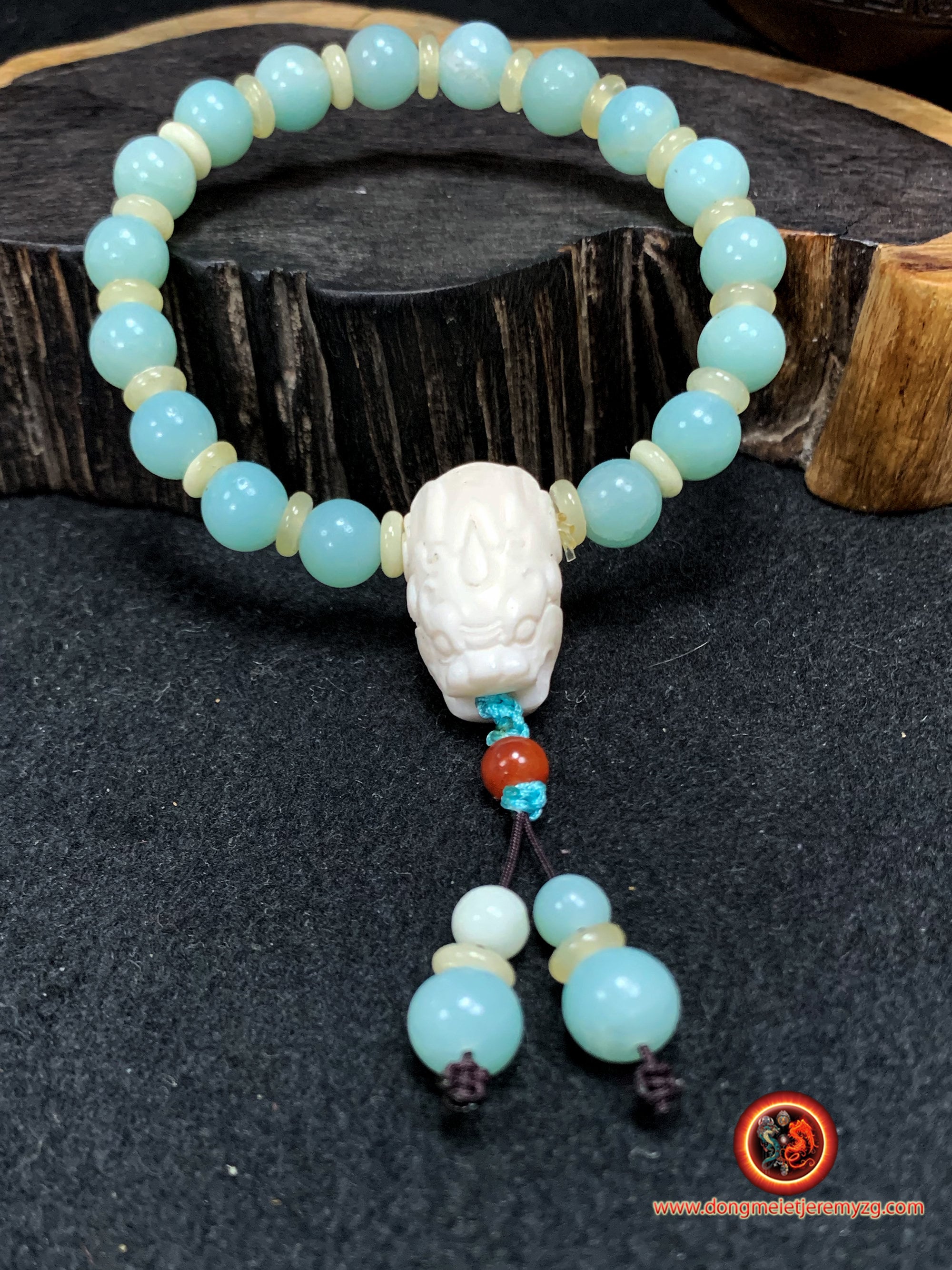 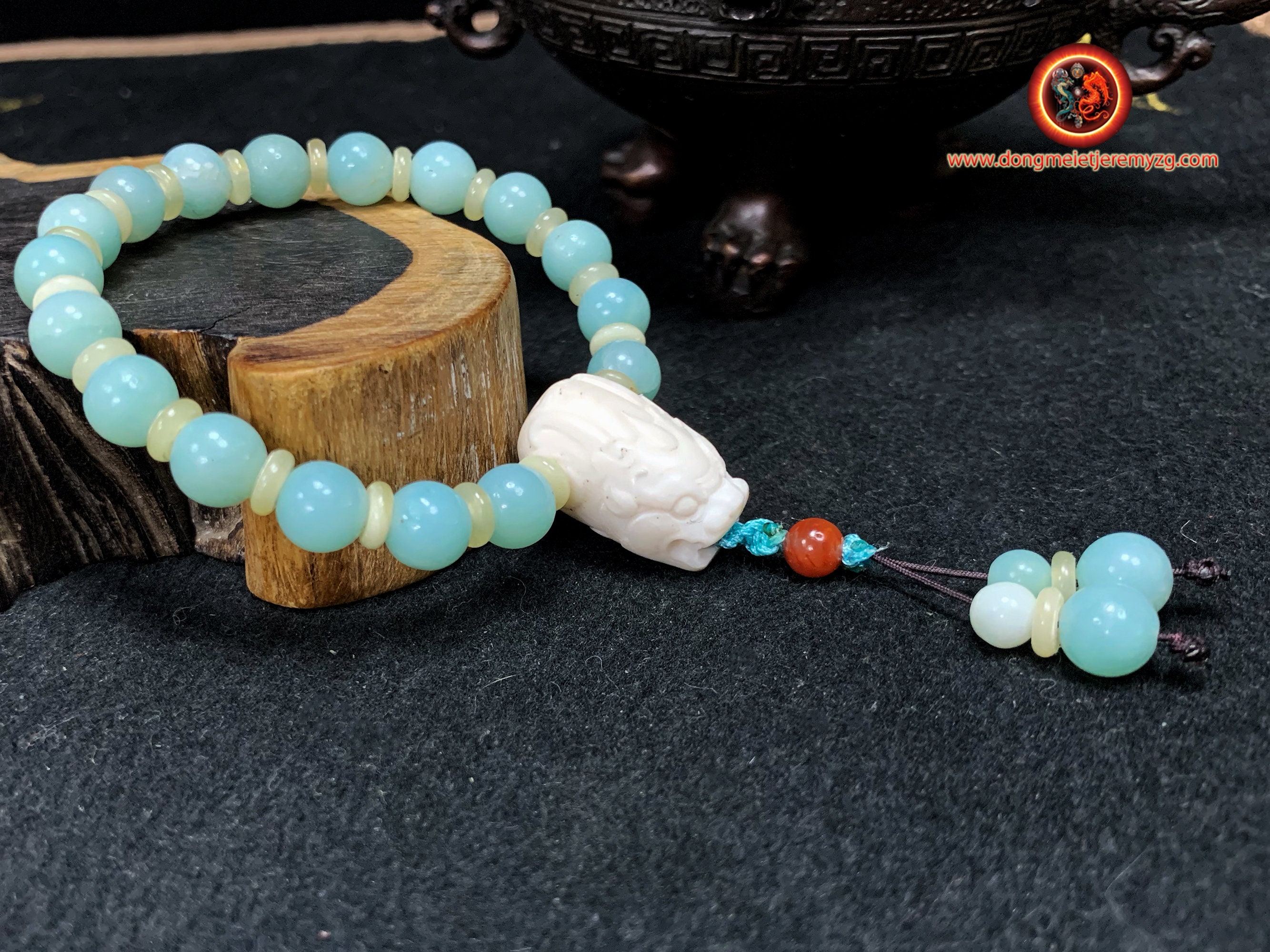 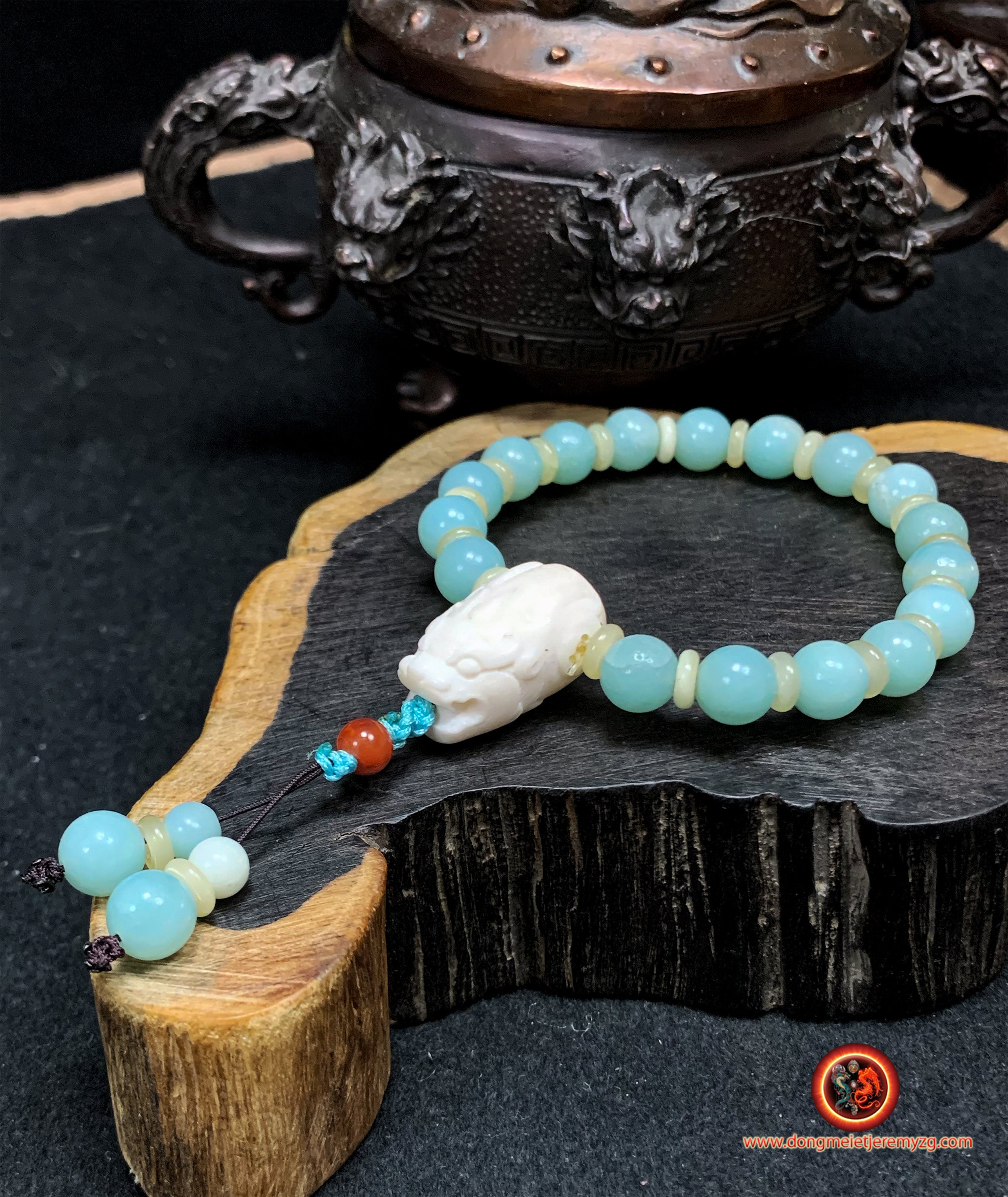 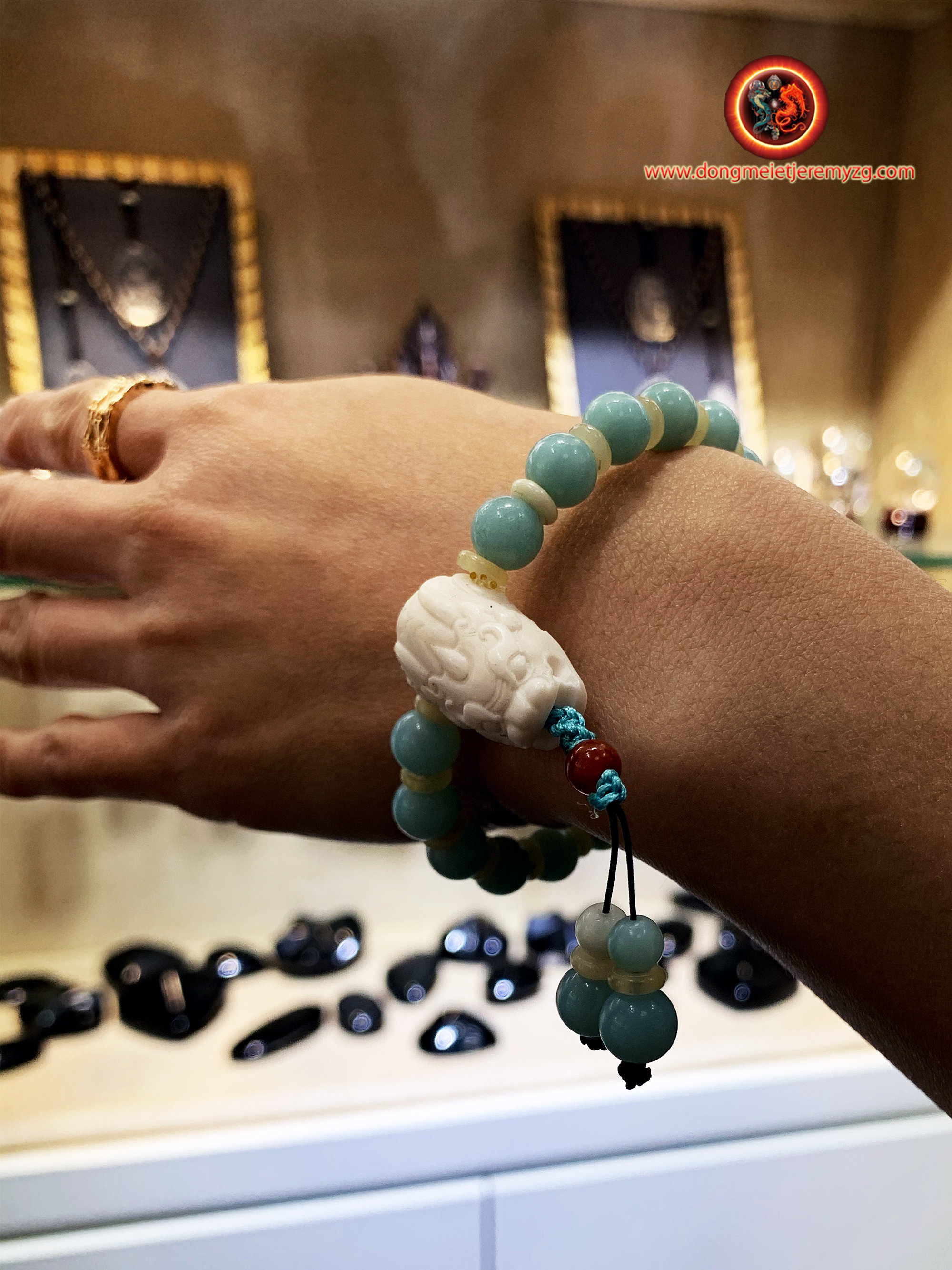 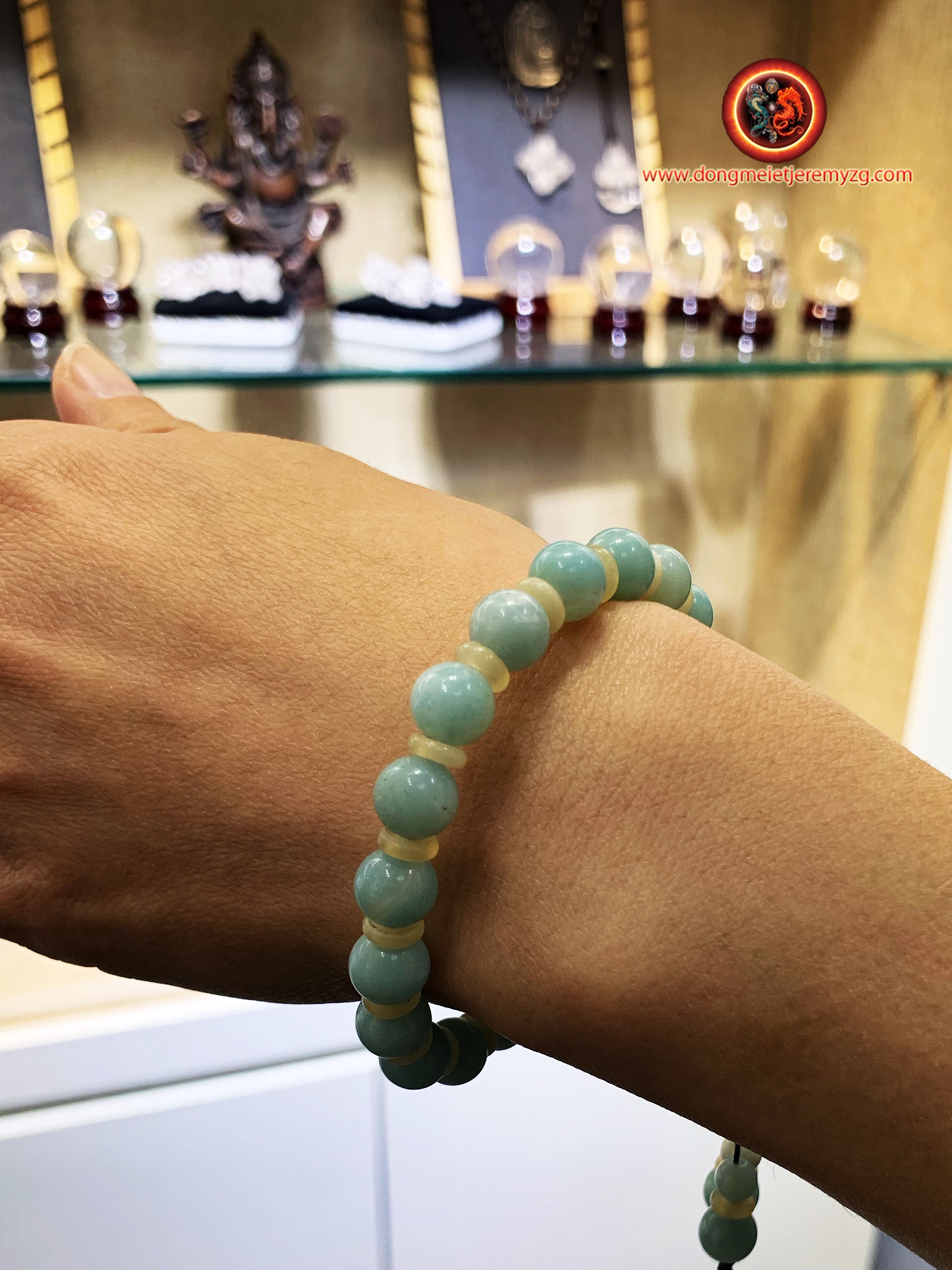 It's tailor-made to your wrist circumna's

The dragon, for example, appears in one of the versions of the flood myth.

Exceptionally, it is referred to as an evil dragon in the first myth of the flood. Indeed, the worker-god Gong-Gong takes the form of a black dragon when he stirs the waters of the world, so much so that they rush against the barrier of heaven, raising fears of the return of chaos.

On the other hand, the major version of the flood tells how the hero Yu masters the waters through his superhuman physical prowess. But he cannot succeed in stopping the flood without the help of aquatic dragons and a turtle.

Legend has it that a dragon, out of the yellow river, brought to Yu the Great the plans of the world.

Prince Yu is the mythical founder of the first Xia dynasty. He is a civilizing hero who is credited with taming the floods of the Yellow River. It is often depicted in the color that will later be reserved exclusively for the emperors of China: yellow.


The world's plans translate into numbers ranging from one to nine. Modelled on a square divided into nine equal parts, Yu created nine provinces.

He was one of four animals symbolizing the cardinal points.

The dragon represented sunrise, therefore the East, spring and fertility, on the contrary for example of the western white tiger.