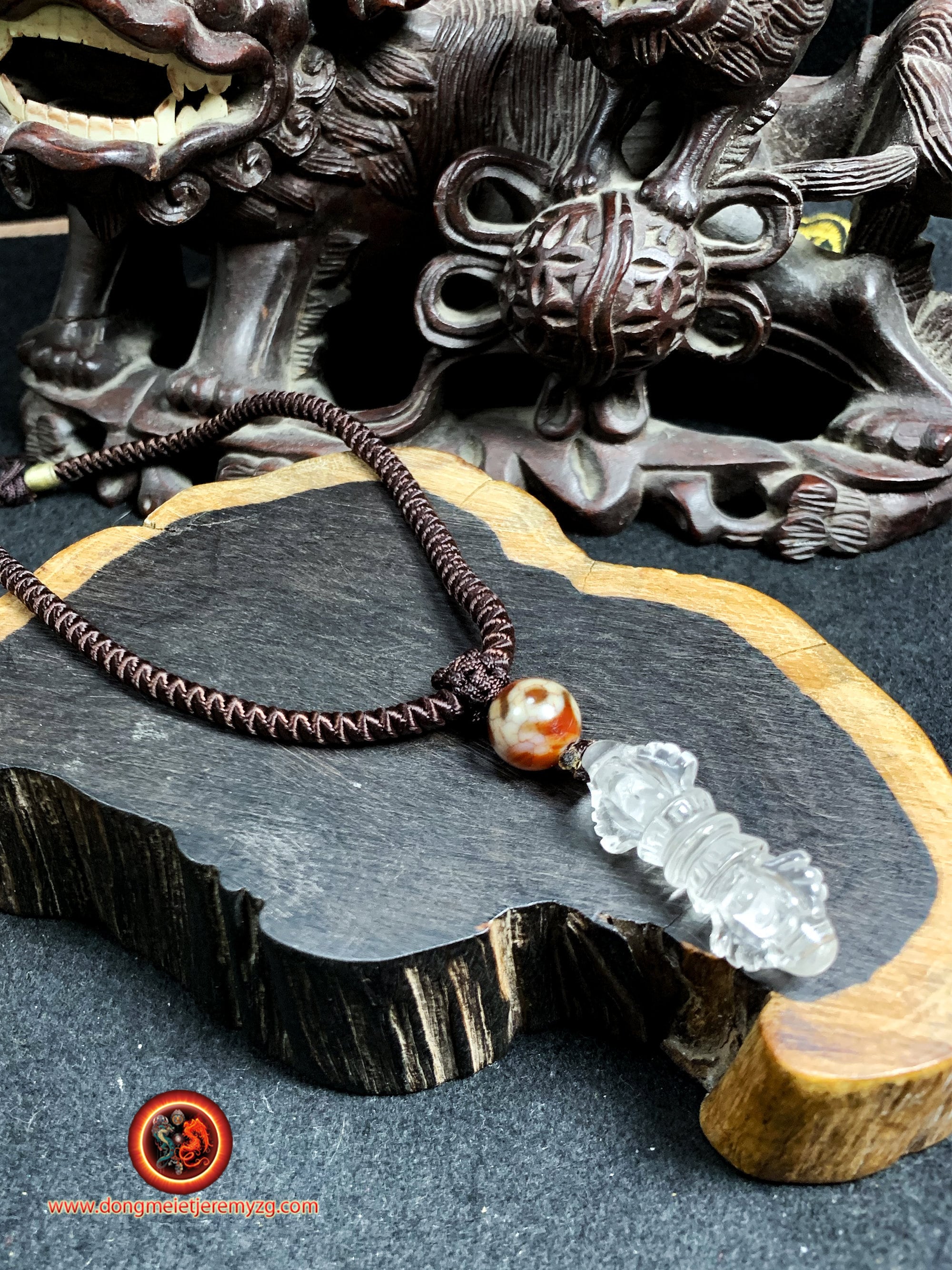 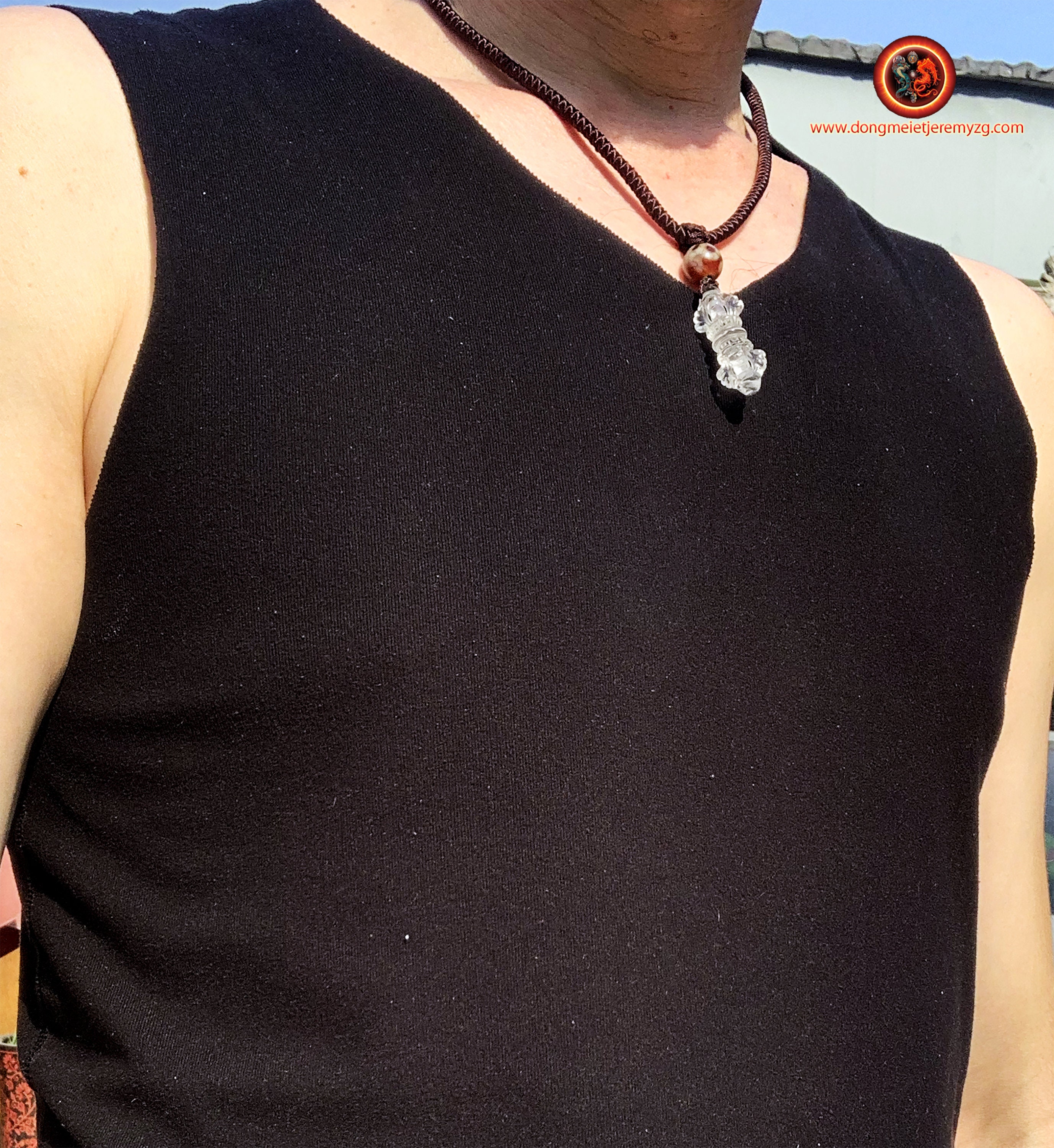 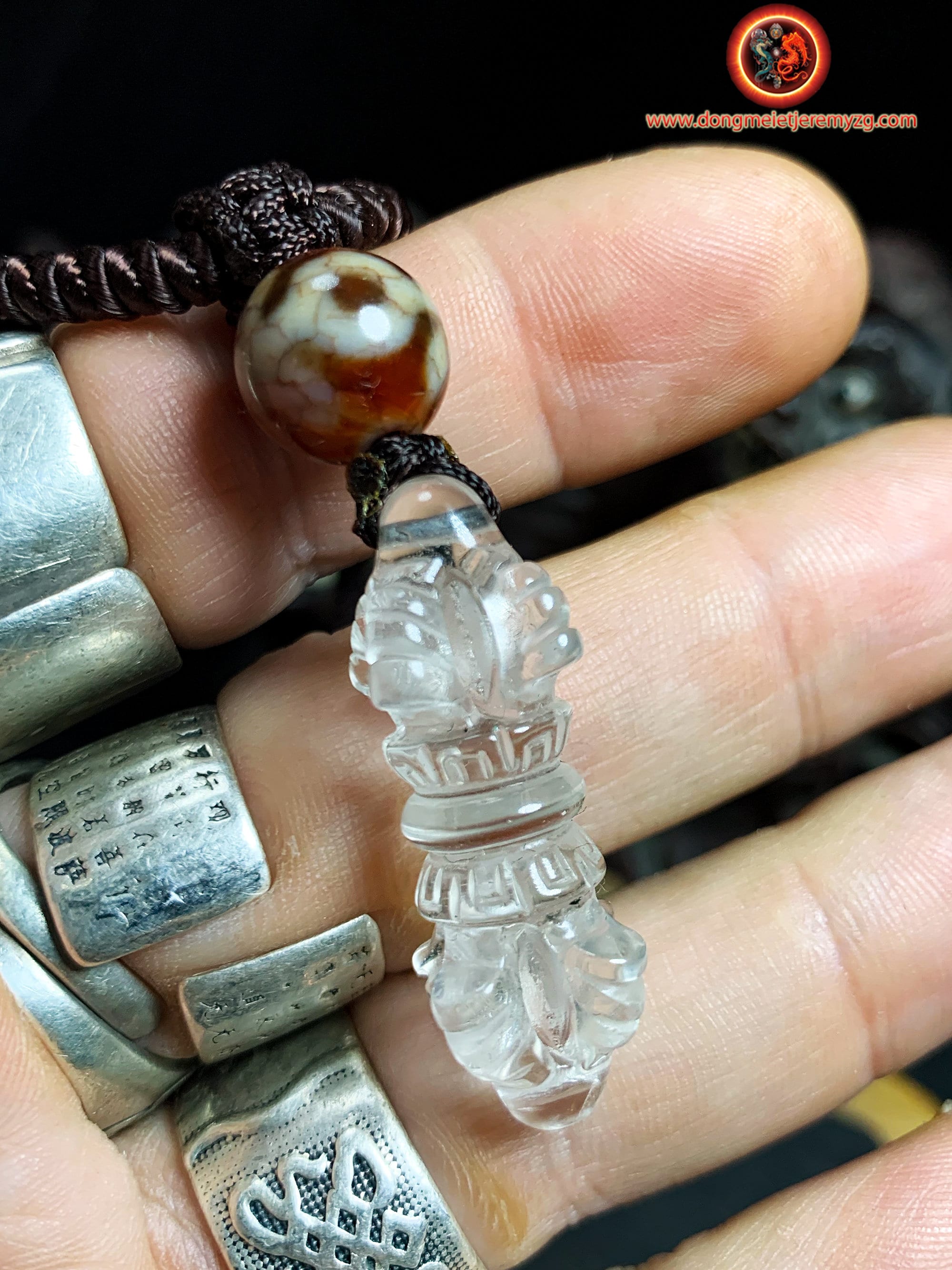 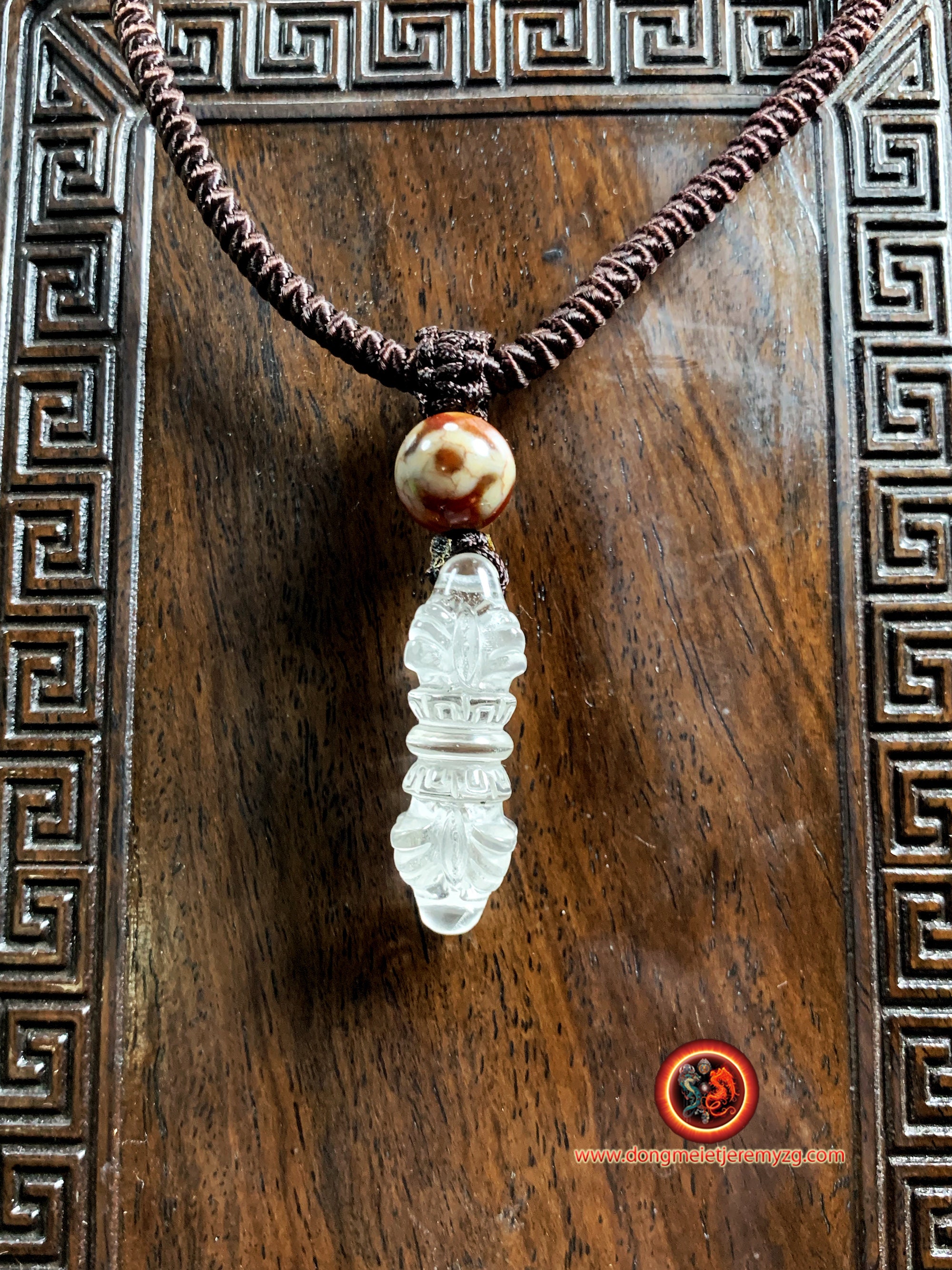 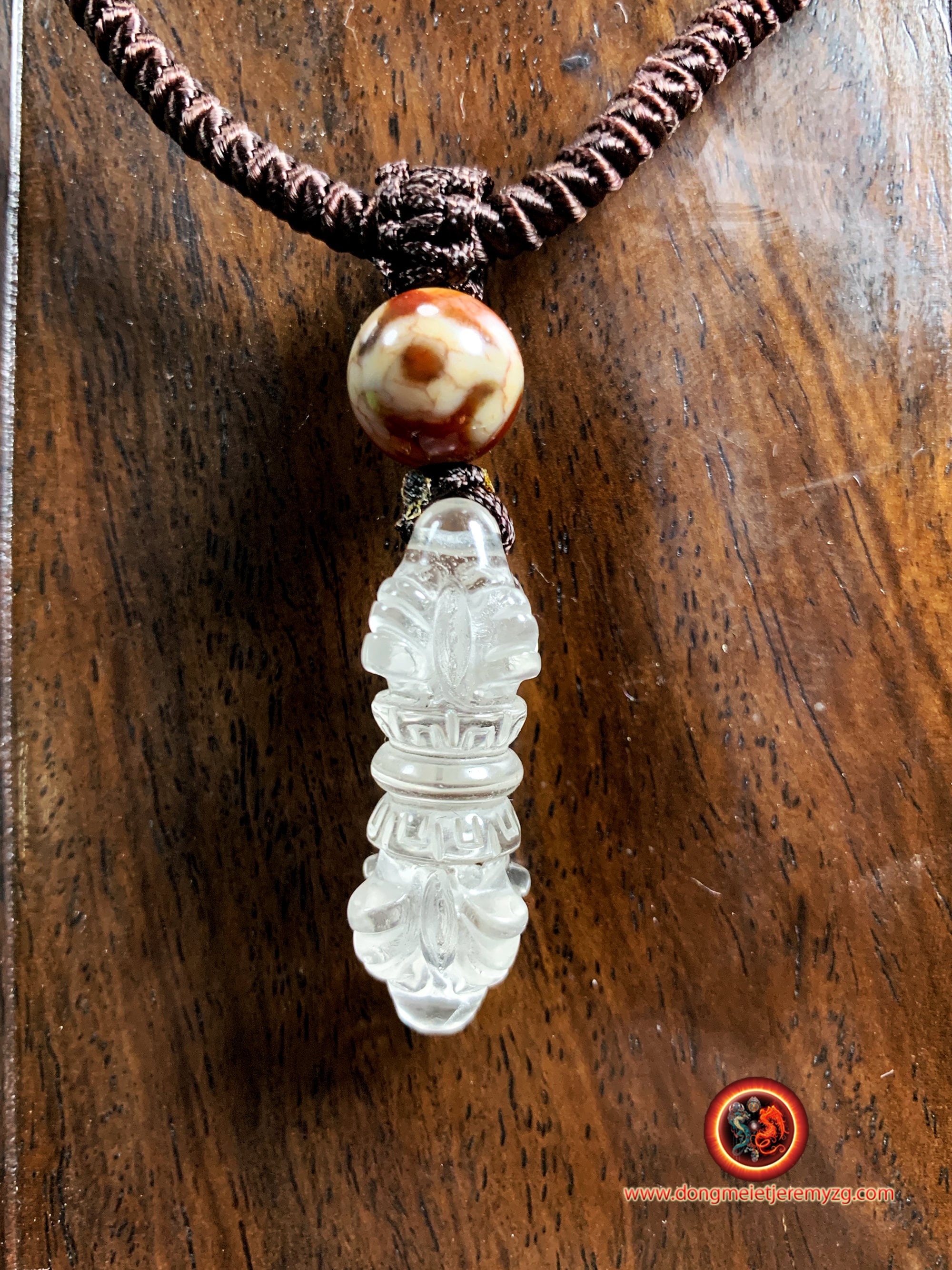 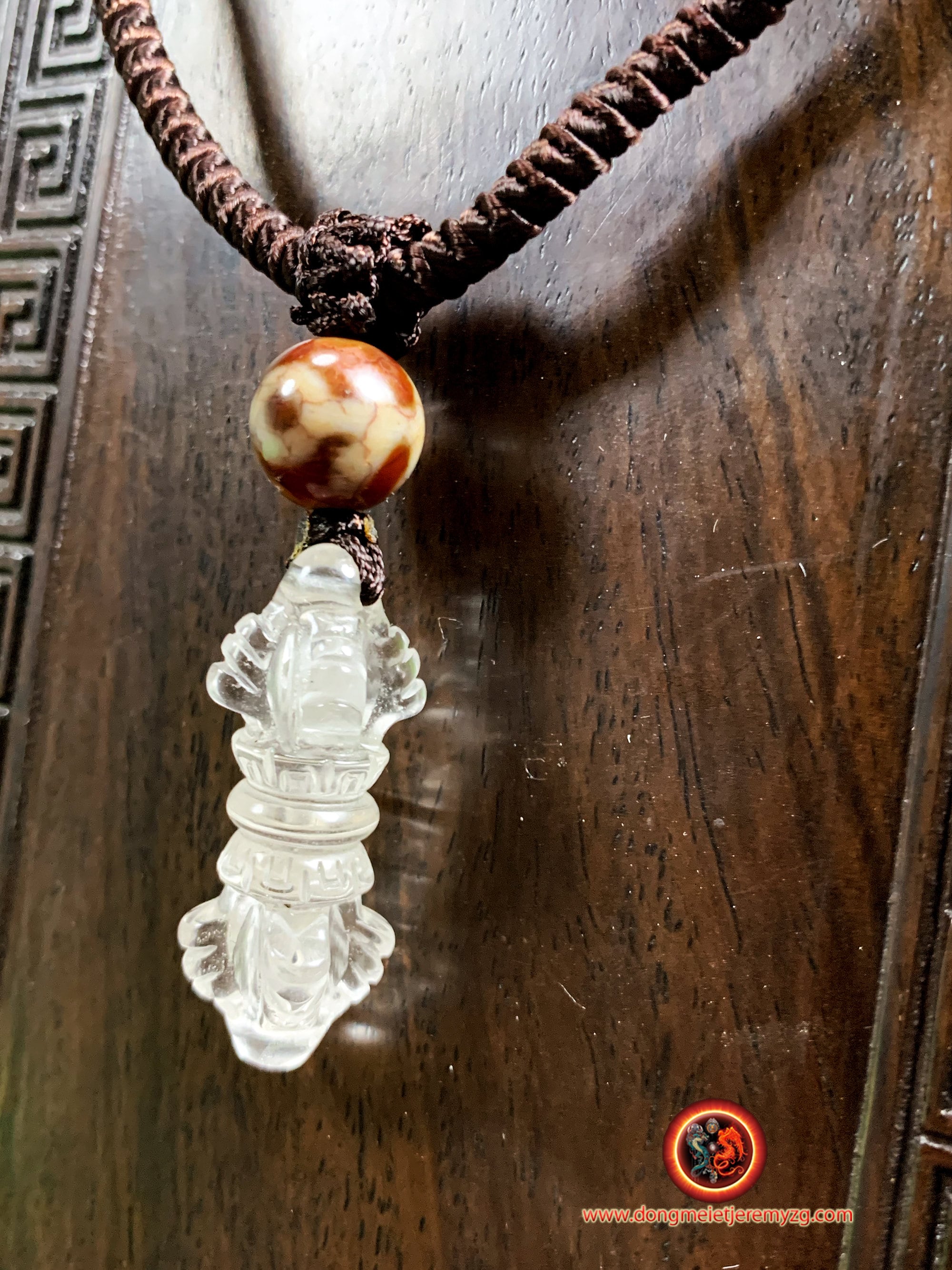 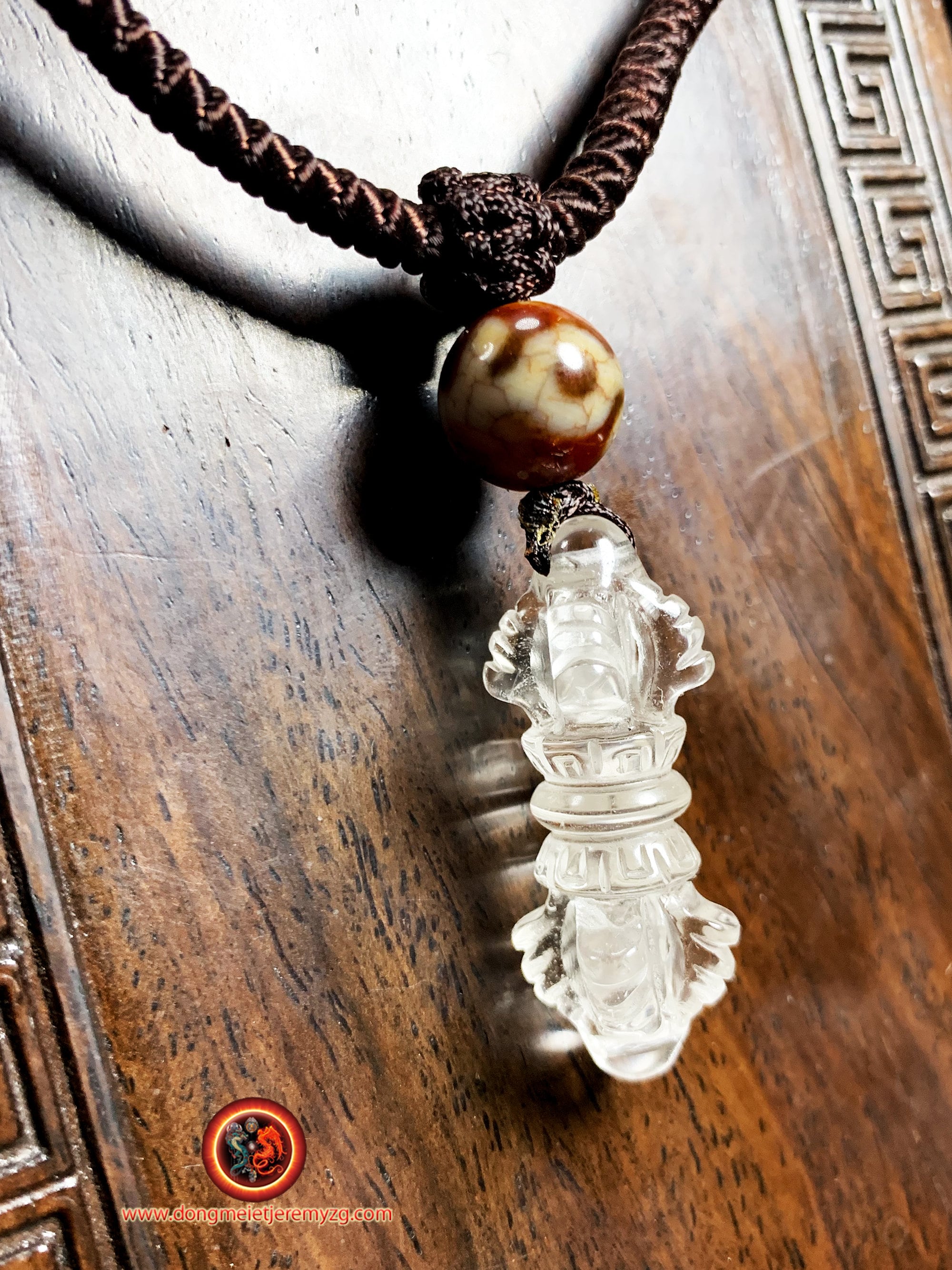 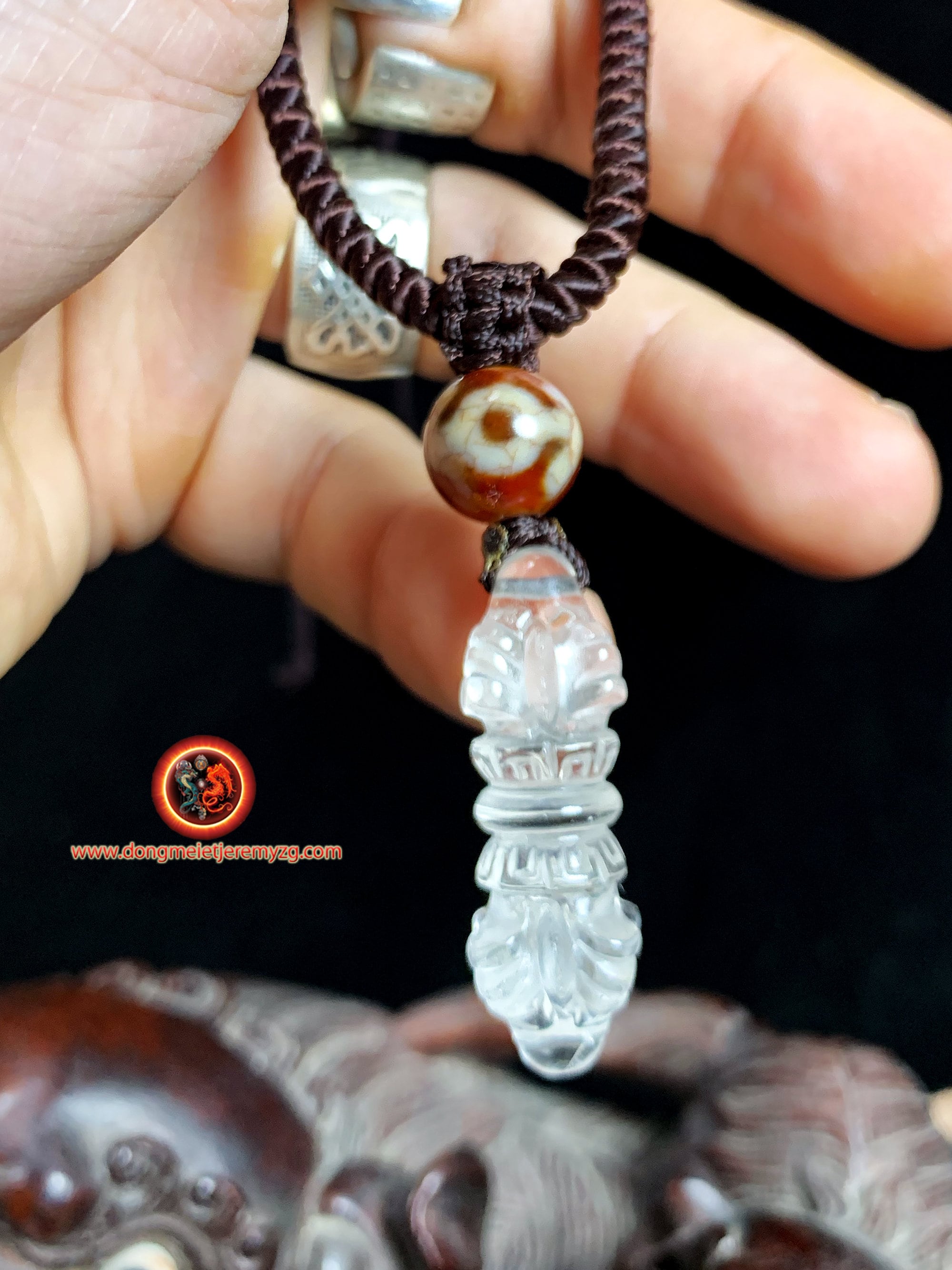 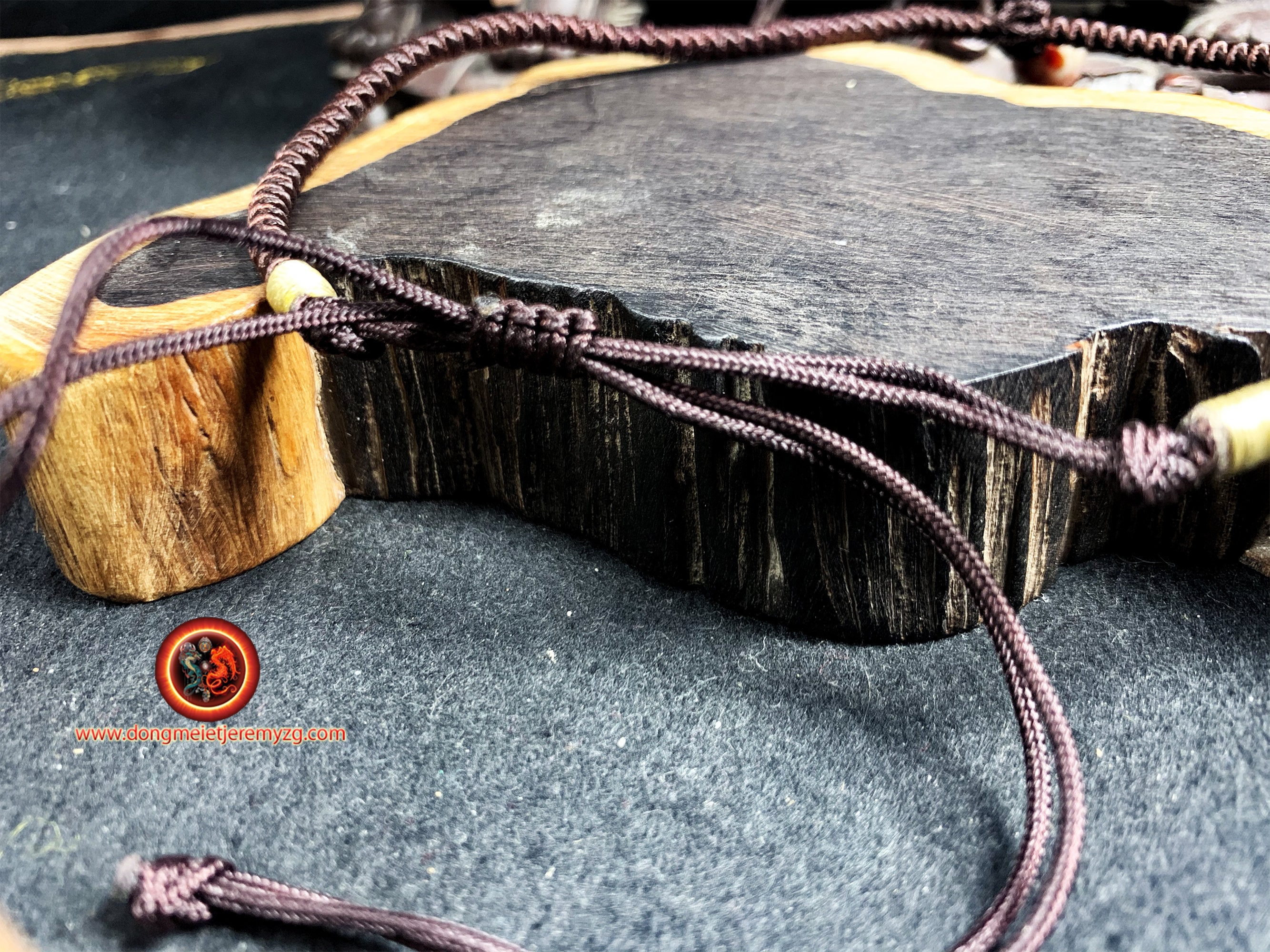 Buddhist pendant, Tibetan.
Vajra/ dorje. Vajra in Brazilian rock crystal. Natural rock crystal of very good quality.
As a gemologist graduated from the National Institute of Gemmology of Paris, all our stones are appraised and certified. Possibility to draw up an expert report, contact us
Handcrafted carved Dorje
Dorje size only 36/12mm; total dimensions 49/11mm

Video available via this link
https://youtu.be/6UpQZIKswE8

Authentic Dzi of recent workmanship.
The Dzi is a Tibetan pearl, of distant origin, bringing many mystical benefits and benefits to its wearer. It is a Tibetan talisman or amulet, the king of good luck charms, sometimes worshipped as a true deity. The success of the Tibetan pearl comes from its multiple eyes, up to 21.
Two-eyed Dzi, The 2-Eyed Pearl represents the harmonious concept of Yin and Yang, the vital balance. So this pearl strengthens stability and balance.
Our contemporary Dzis are made according to tradition, by Tibetan craftsmen located at the crossroads of Yunnan, Sichuan and Tibet in the Tibetan prefecture of Gyaltran at 4000 meters above sea level.
The stone is agate, and the drawings on its surface are made by the hand of man, but according to a secret technique. A mixture of plant and lead is applied to their surface, the whole thing is cooked (at about 1200 degrees); at the exit and once the mixture is removed the drawings appear. According to some sources, some of the oldest Dzi were colored FROM THE INSIDE using secret techniques lost for a long time...

Mounted on adjustable cord thanks to a sliding knot allowing to wear it from 24 cm minimum to 36cm maximum.

Video available via this link