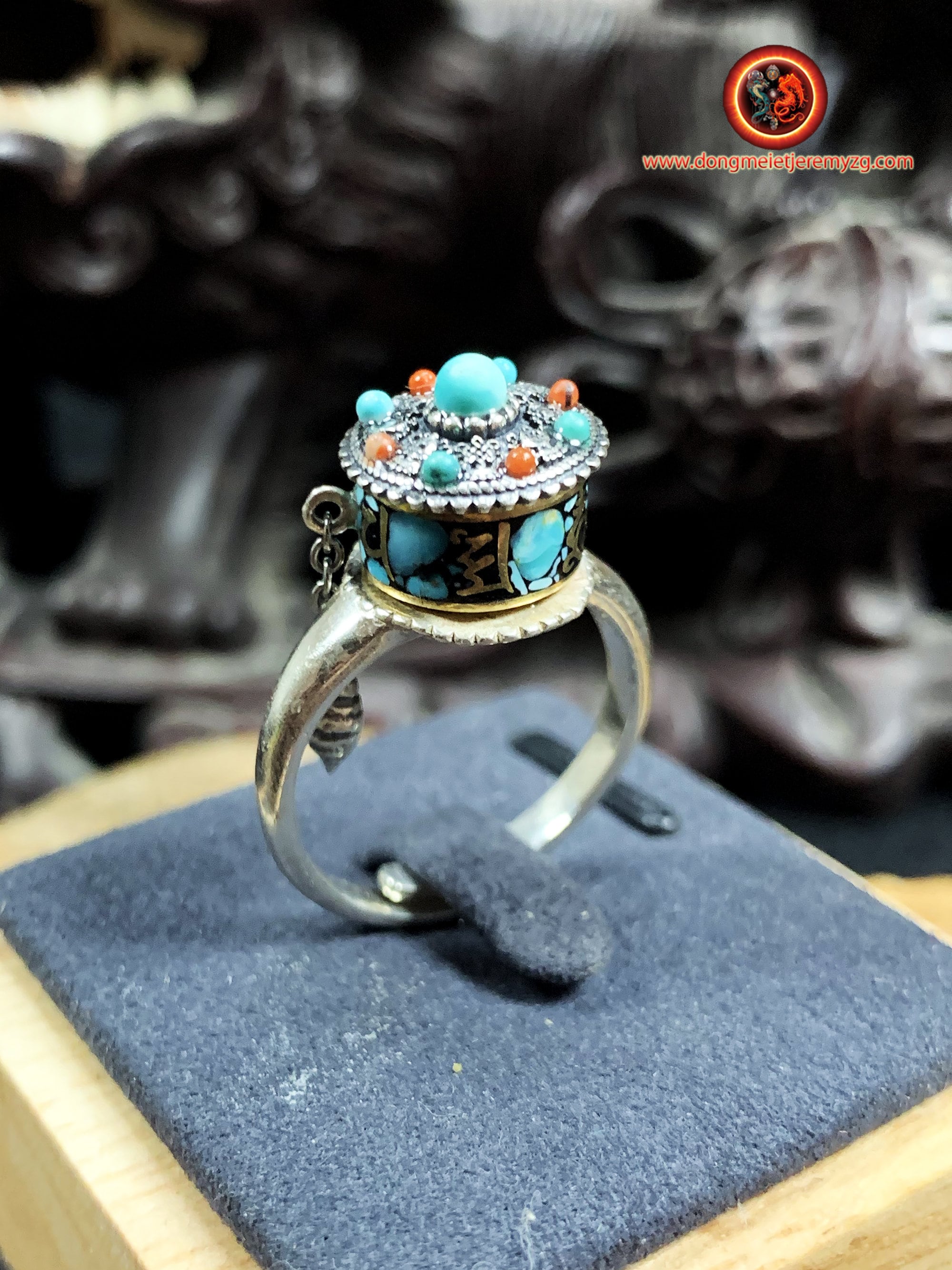 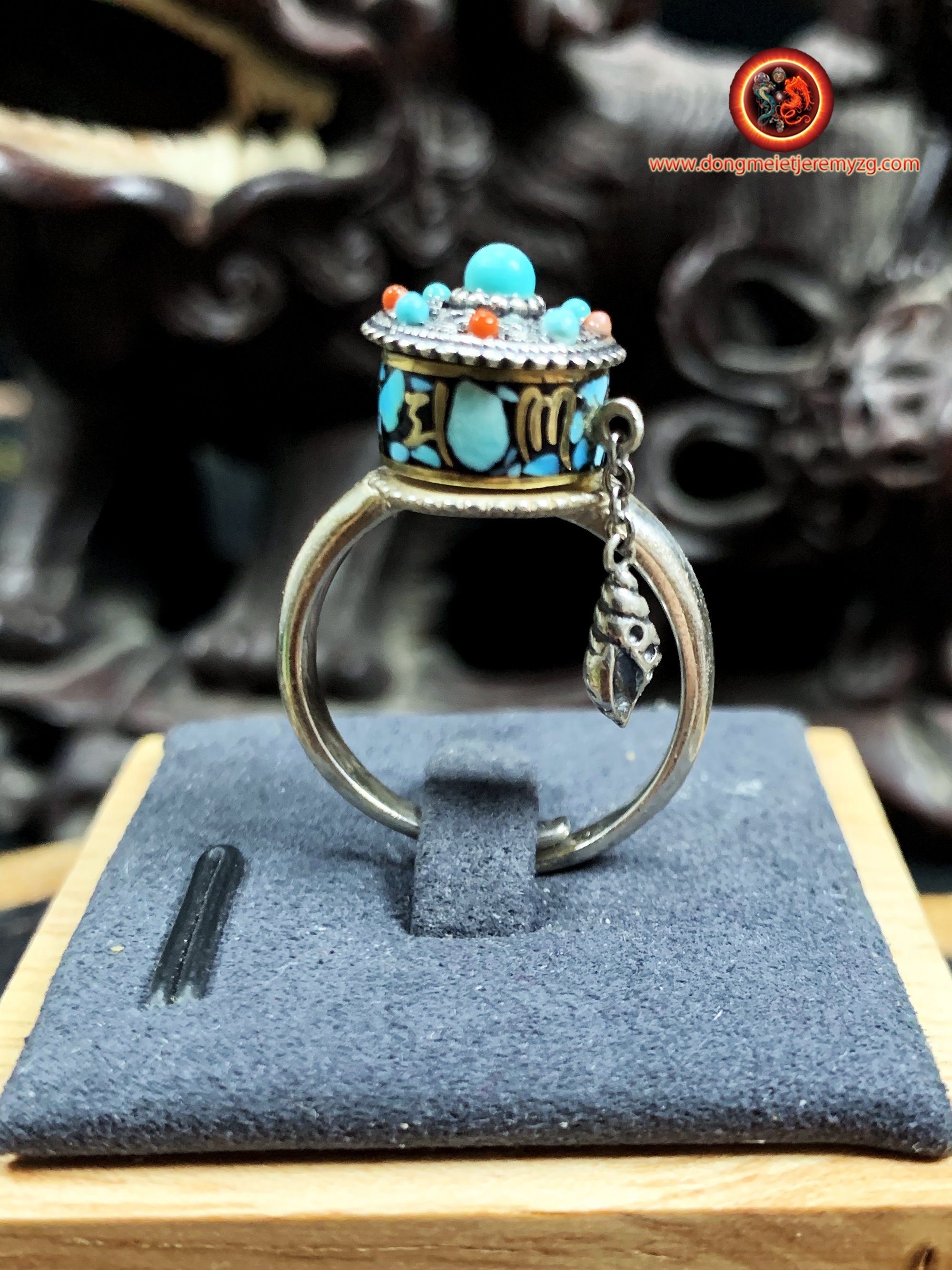 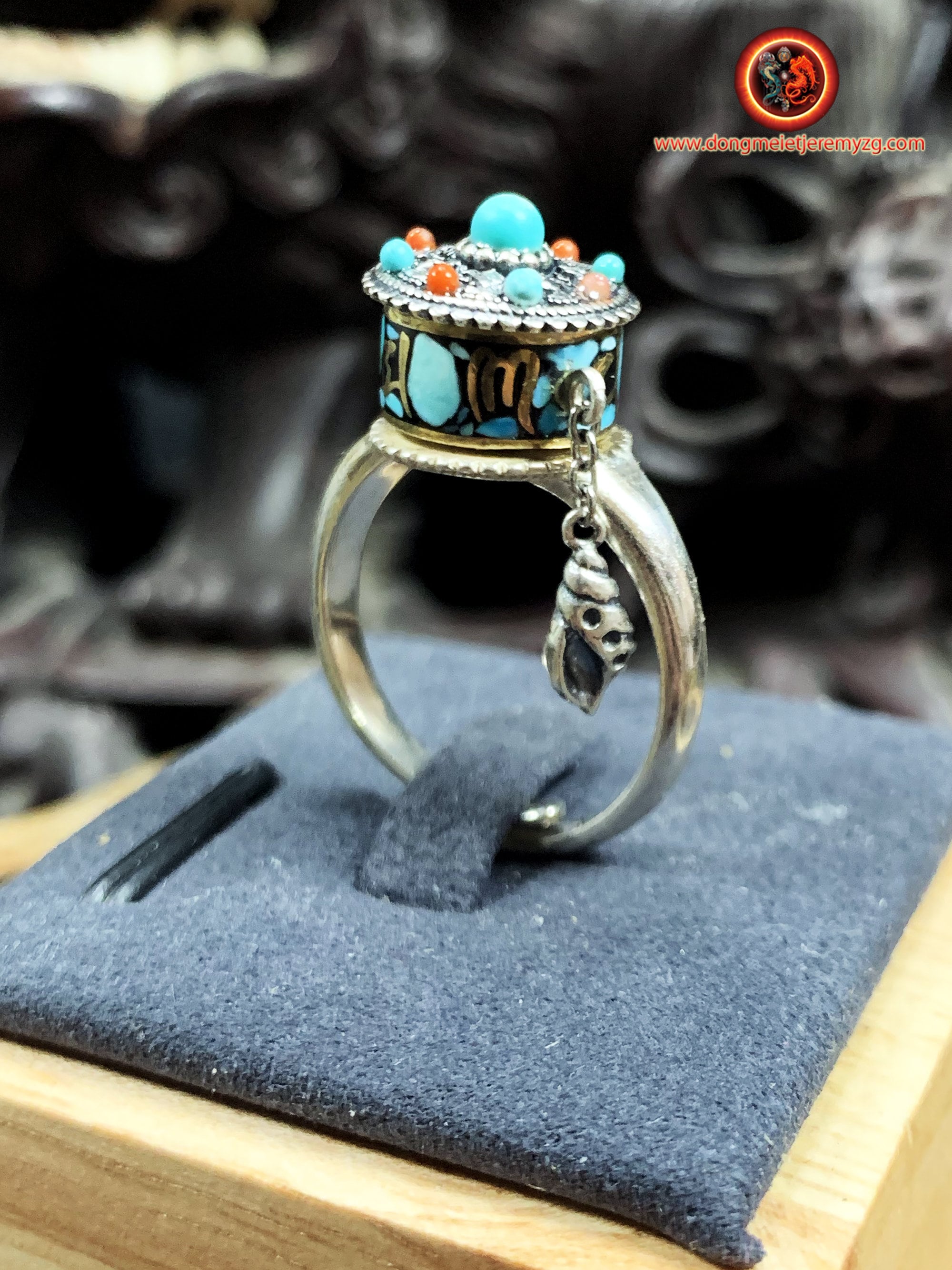 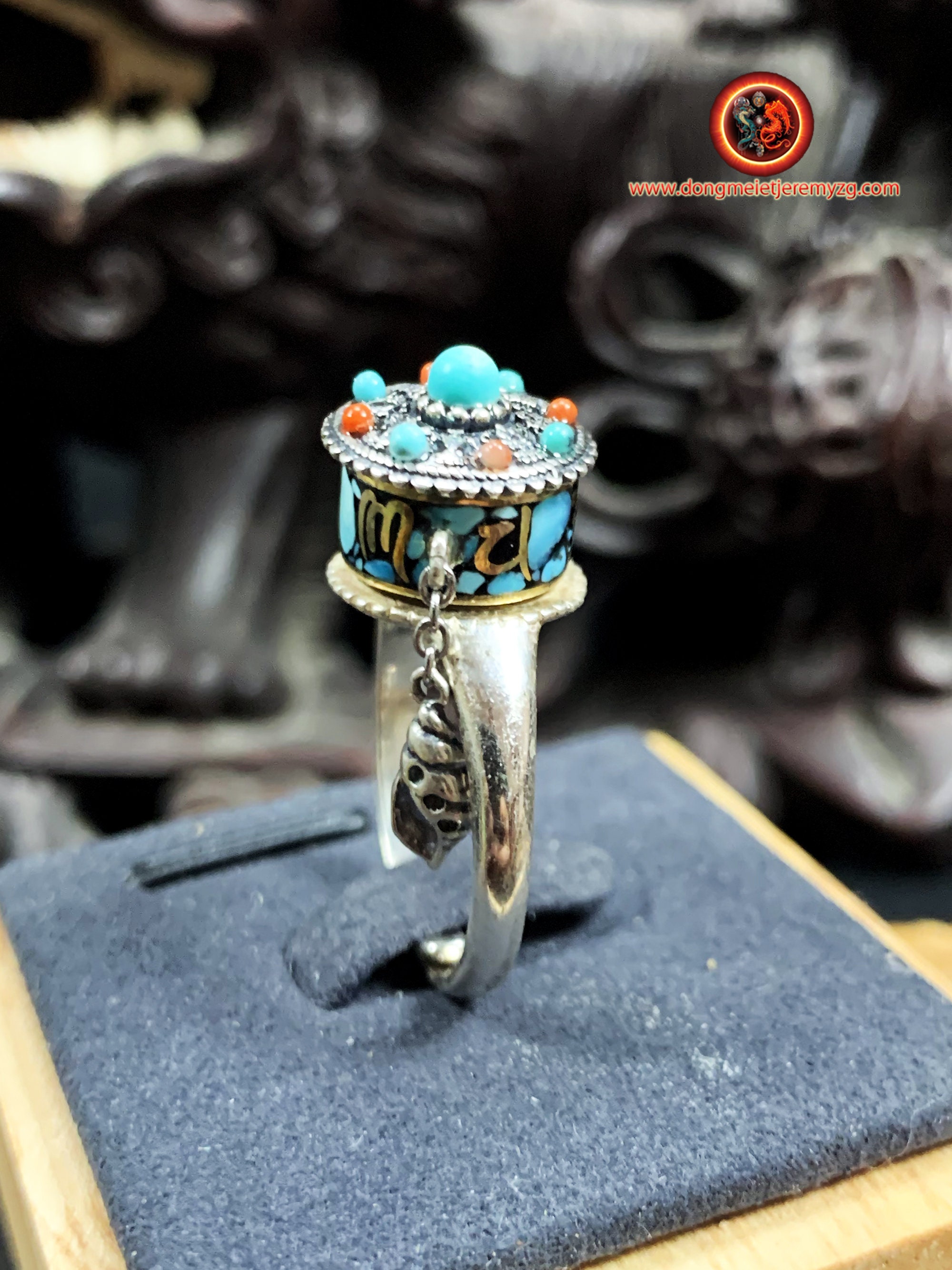 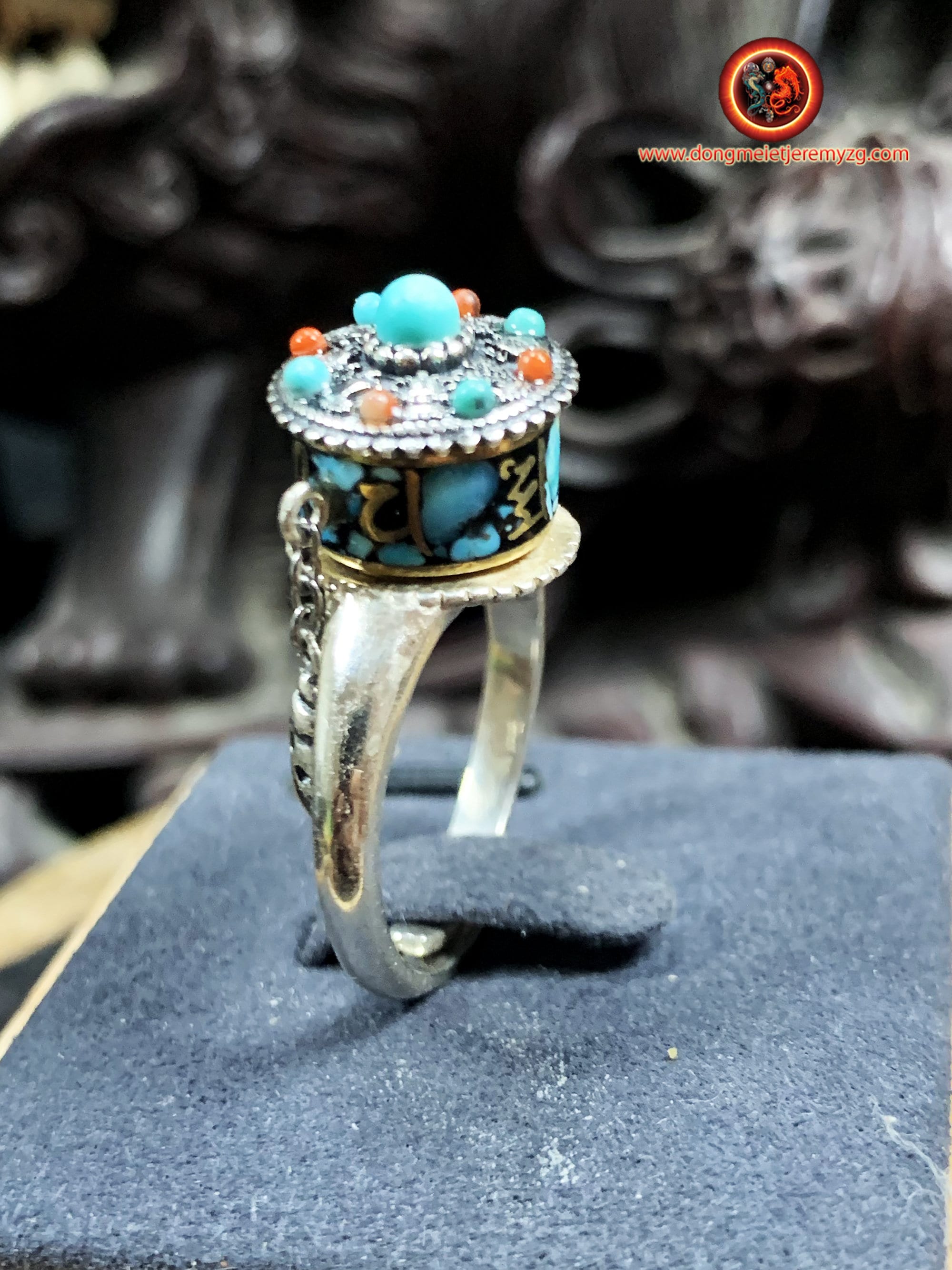 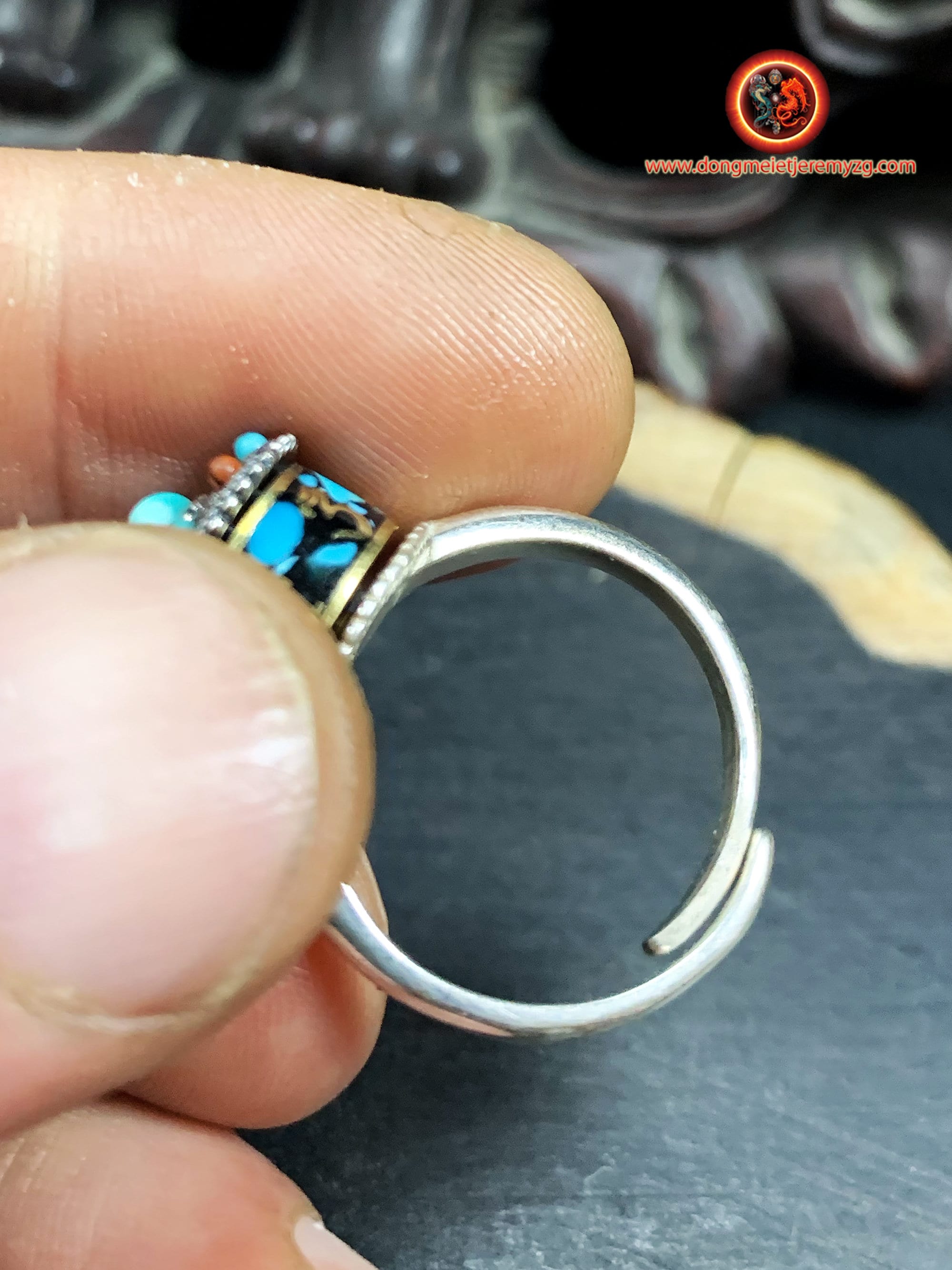 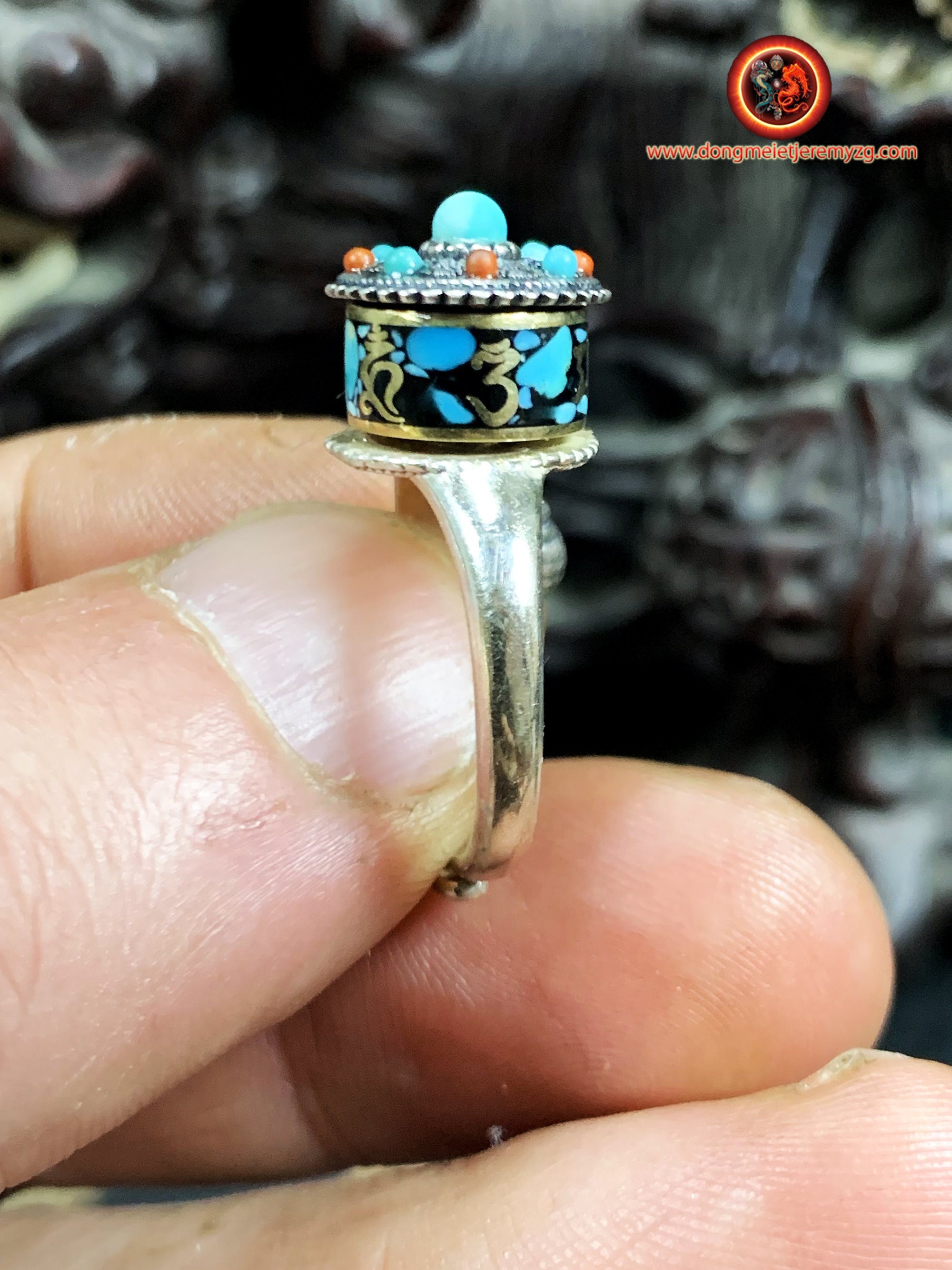 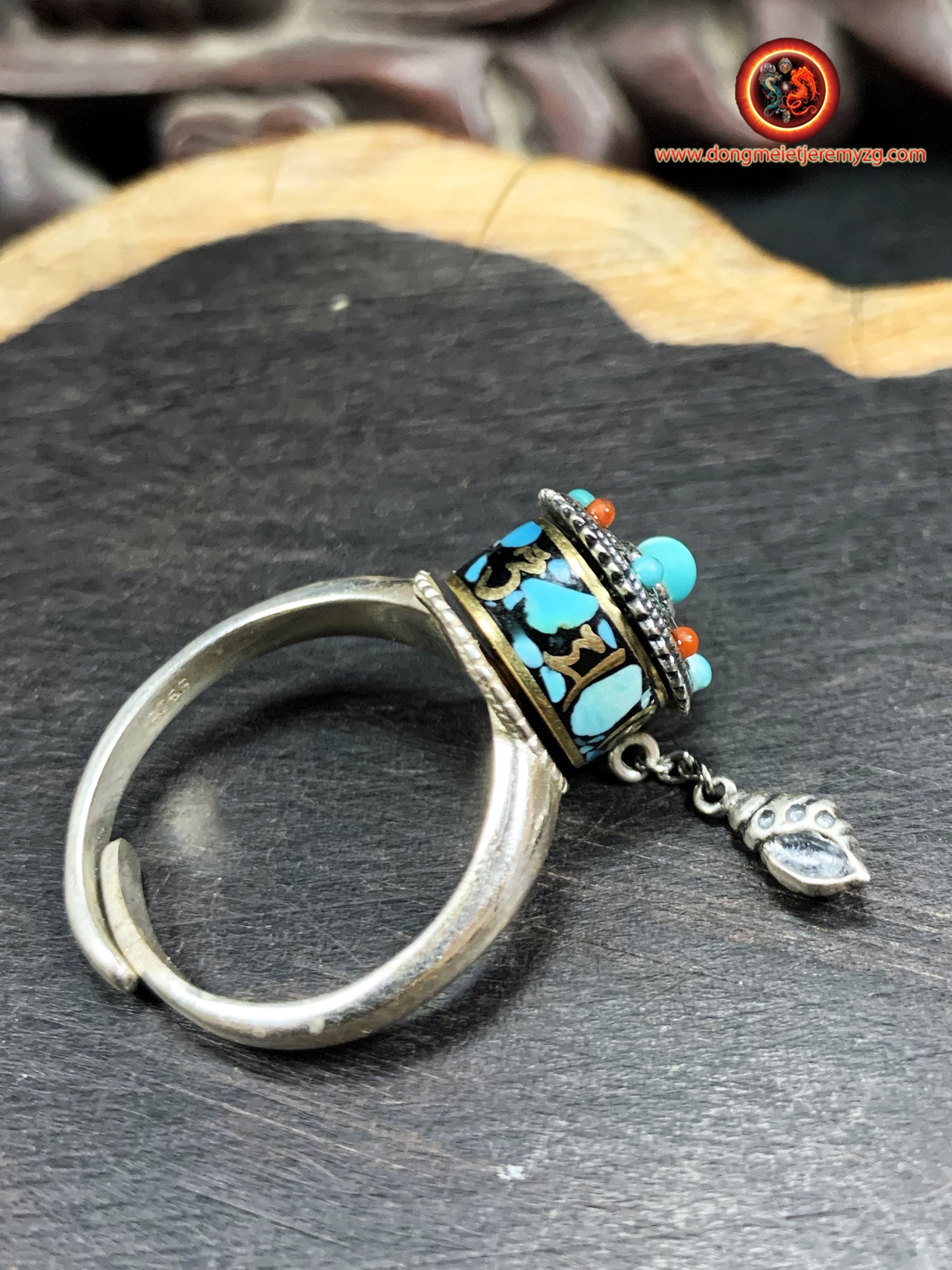 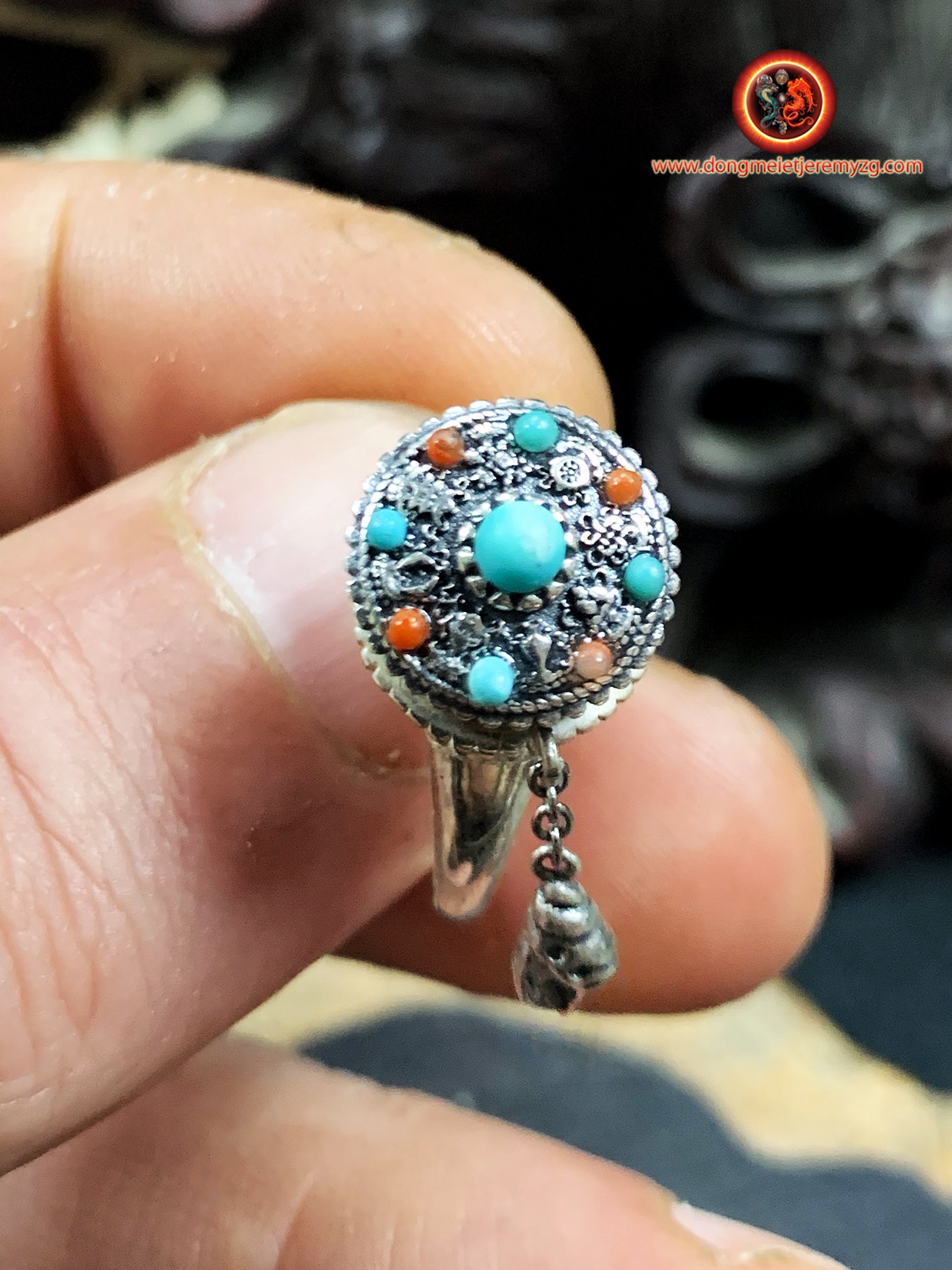 Tibetan Buddhism ring,
prayer wheel rotating thanks to a ball bearing system developed in Germany of high precision and reputed to be unusable,
the mantra of compassion "om mani padme hum" is inscribed in copper letters all along the mill. Silver 925,
turquoise "sleeping beauty" from Arizona,
agate "nan hong" (southern red) of Yunnan Baoshan deposit. This agate takes its exceptional red color from its natural cinnabar content (Hgs)

Ring adjustable by an open system as shown in the 8th photo, so adaptable to all sizes of fingers.

Video available via this link
https://youtu.be/dOsEd5gVkkg

A prayer wheel (mani chuskor or mani korlo in Tibetan) is a religious object used by Tibetans practicing Buddhism.