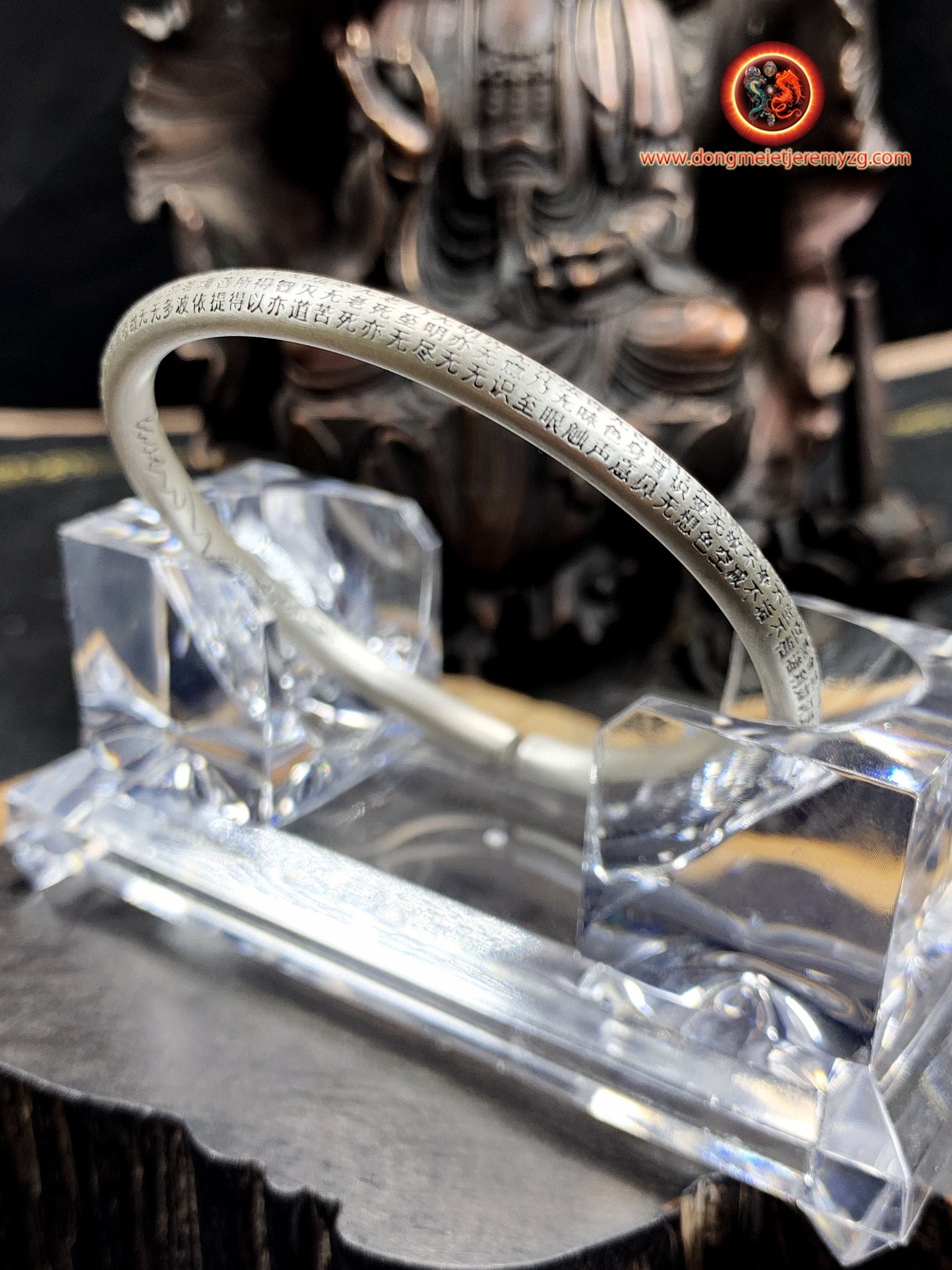 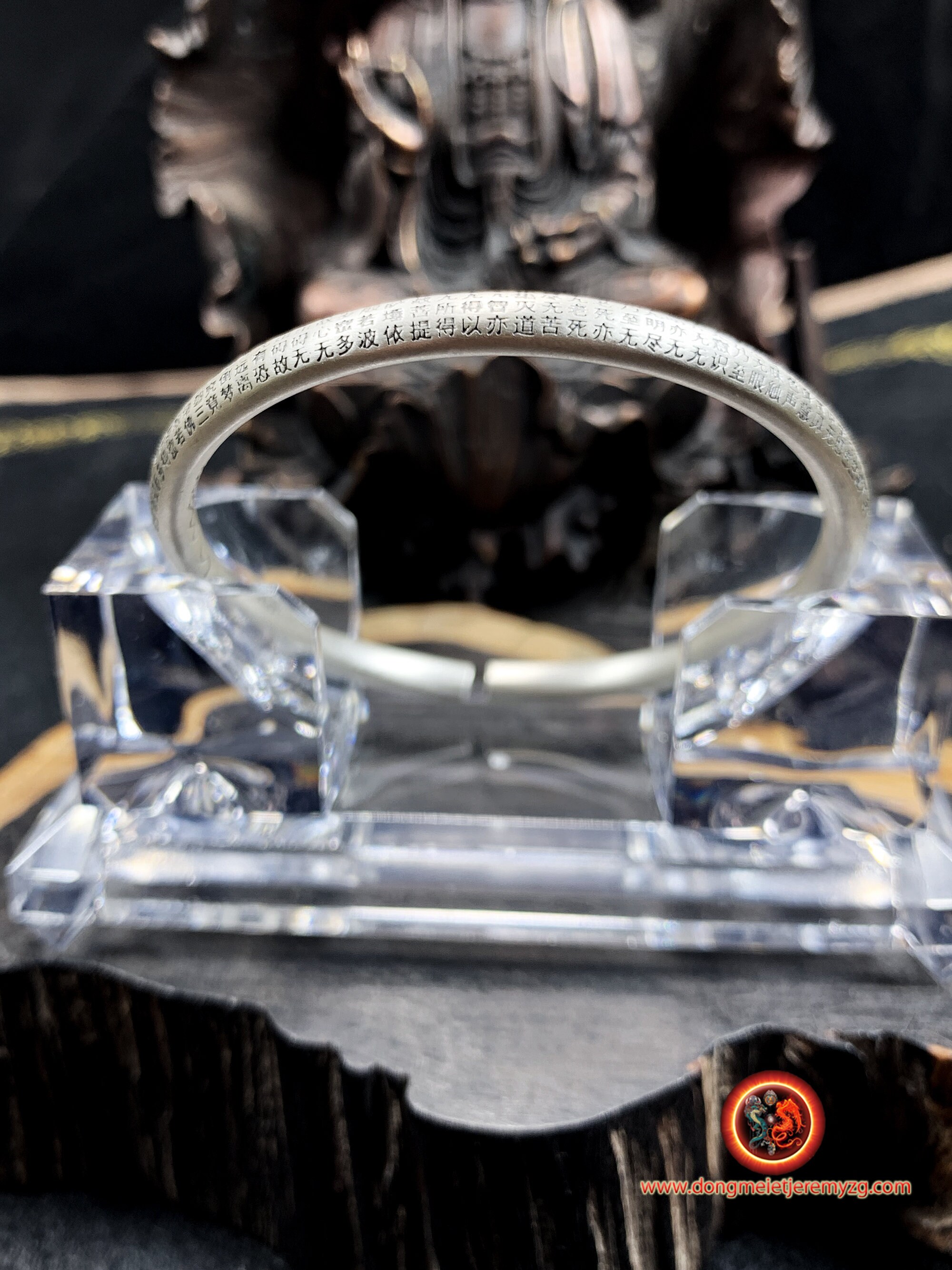 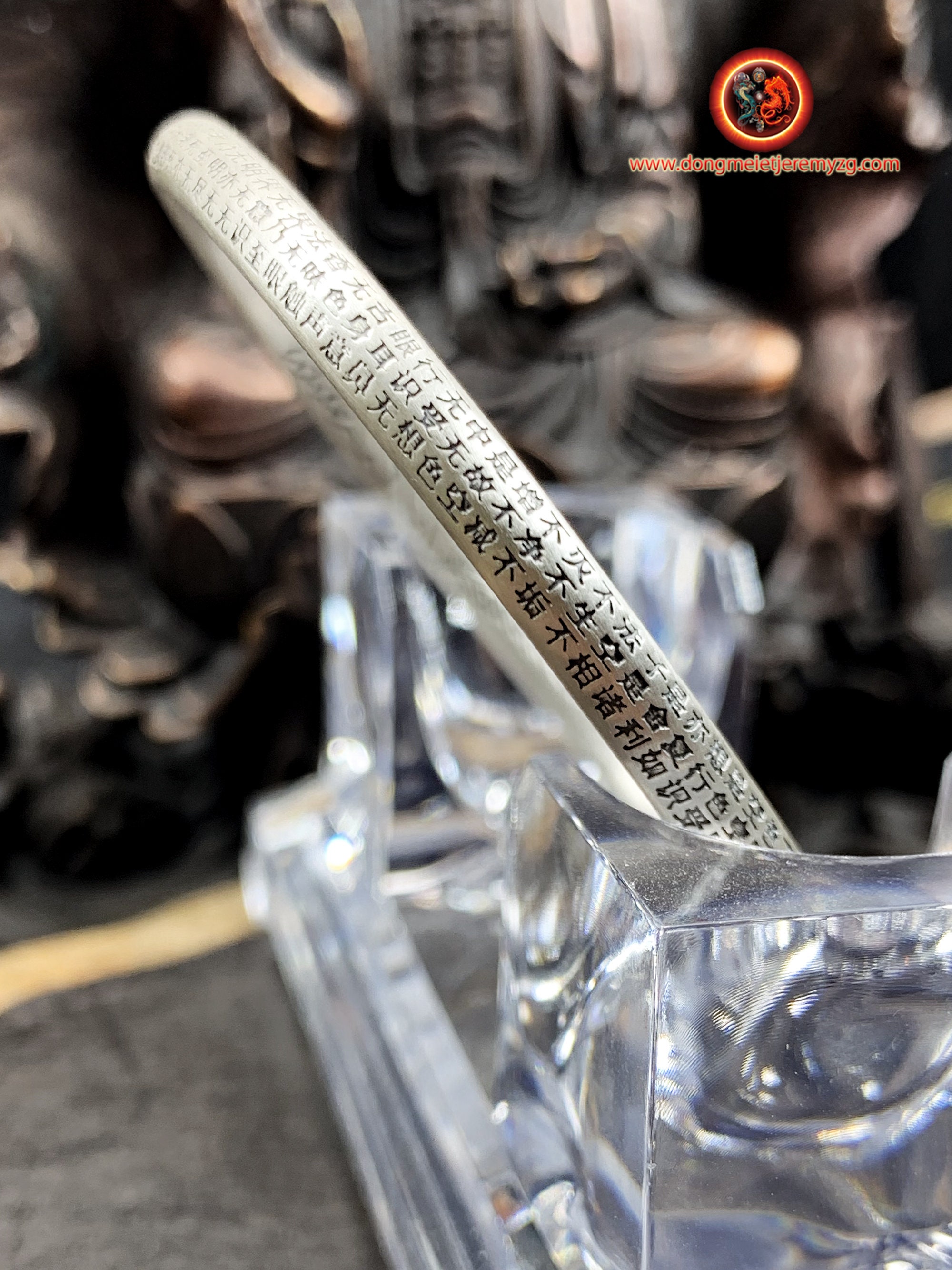 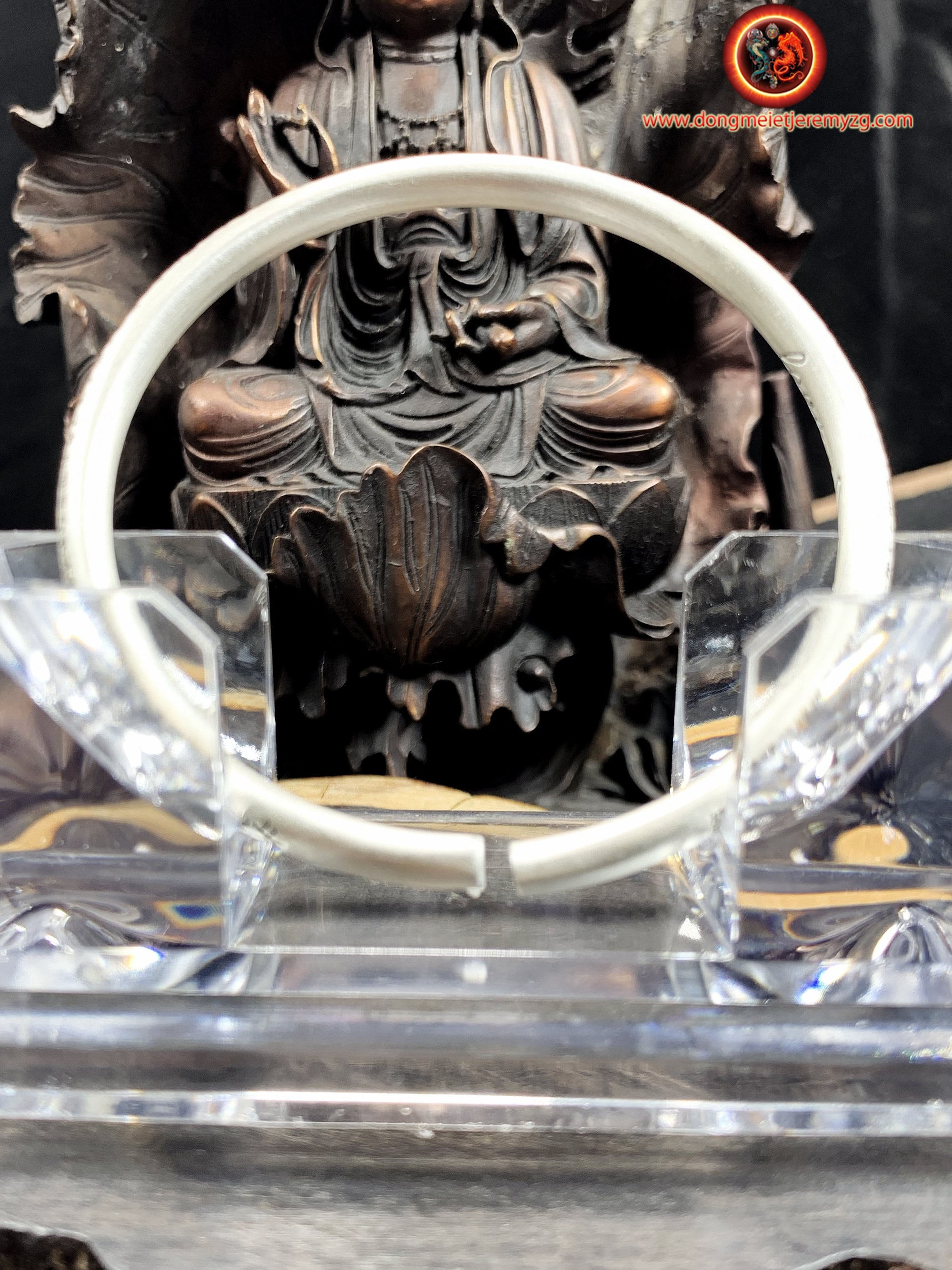 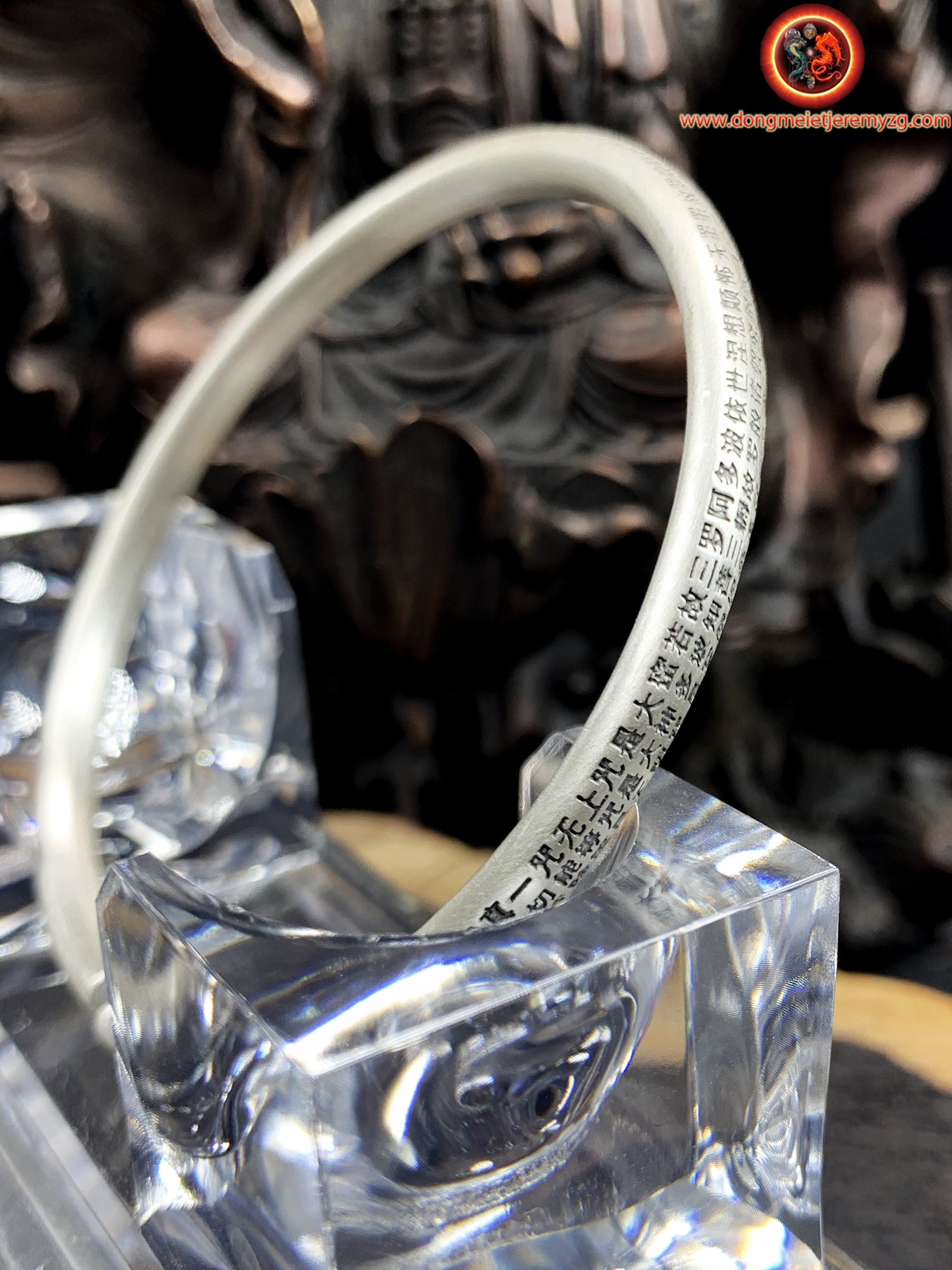 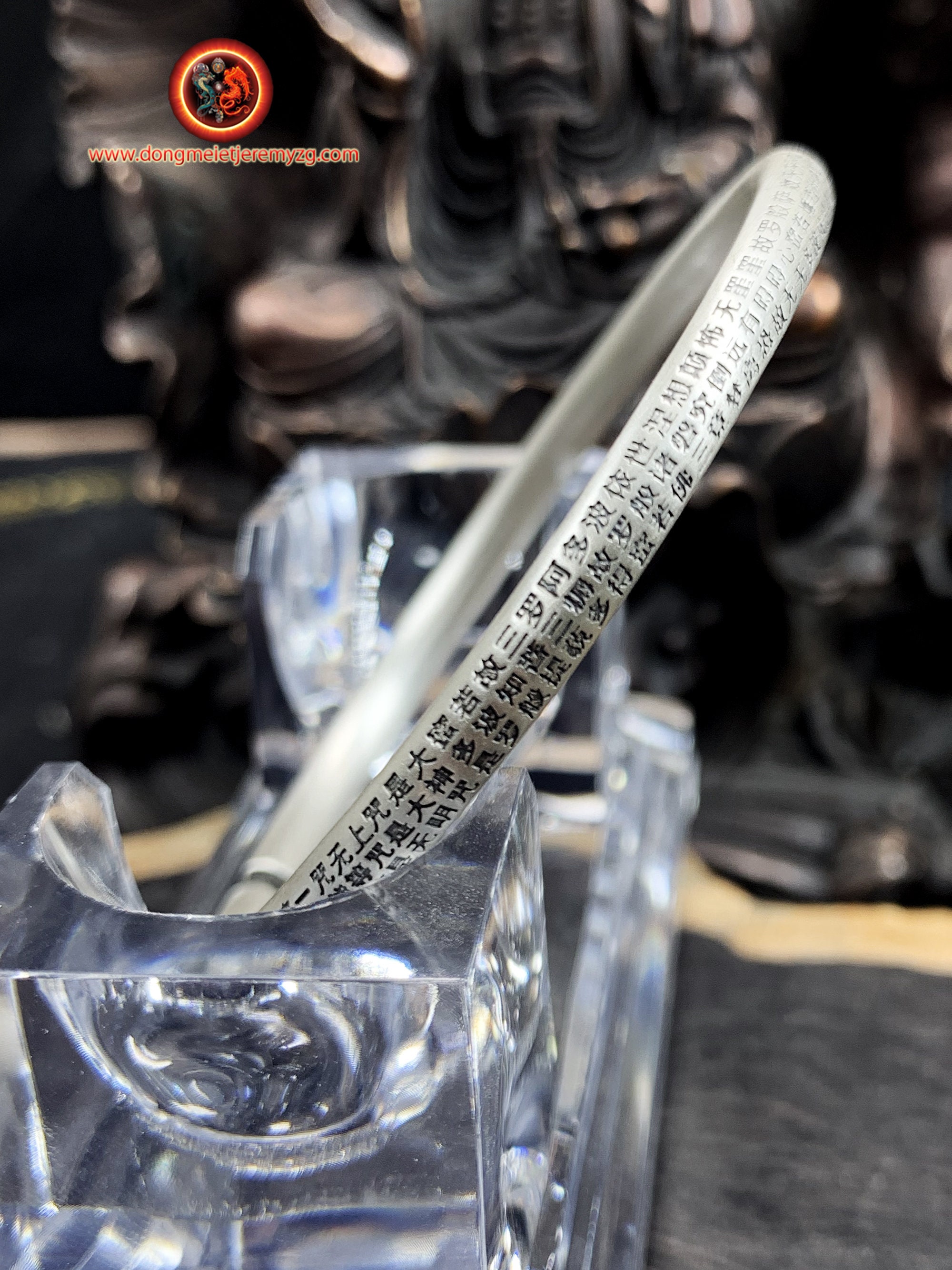 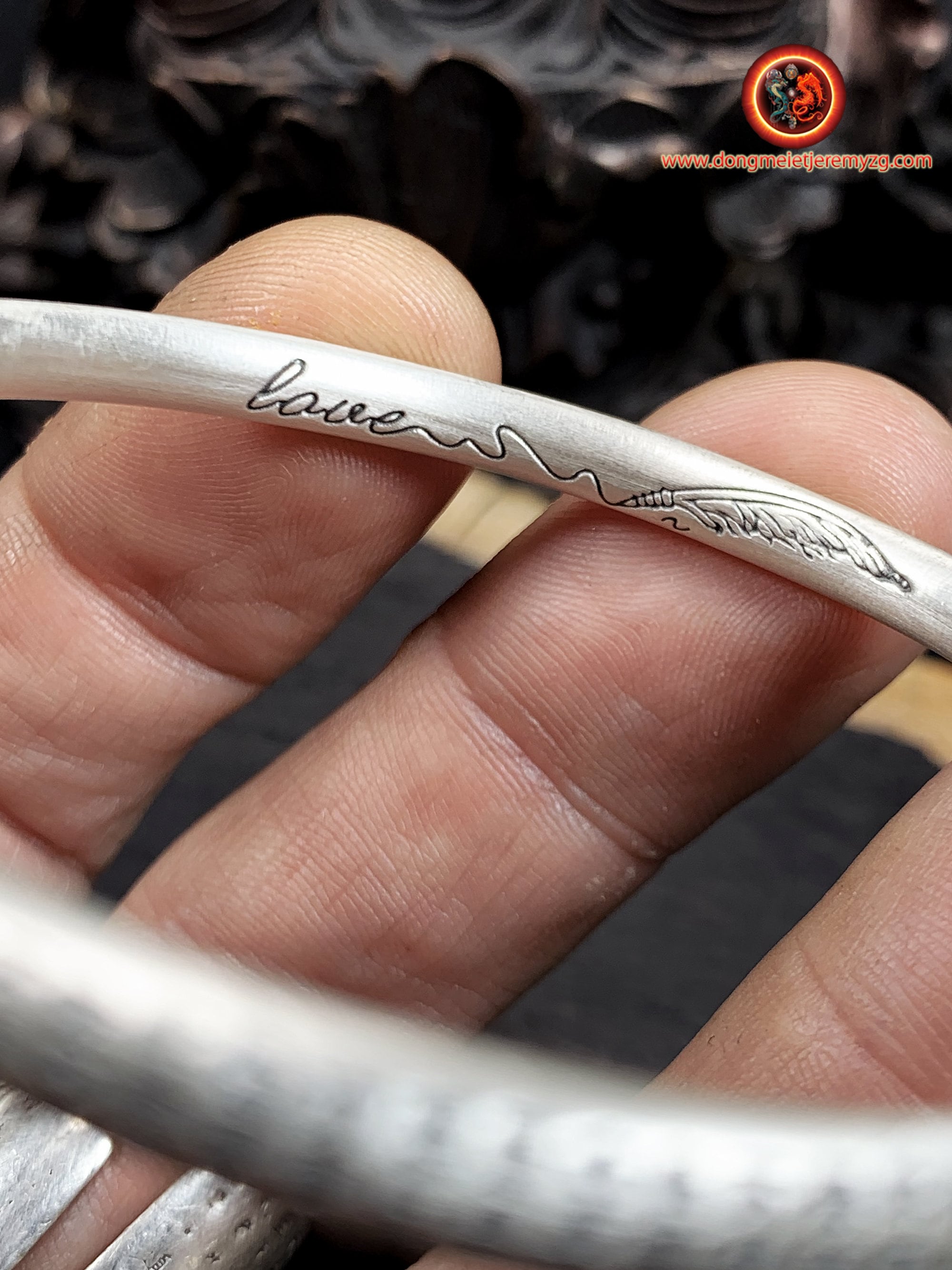 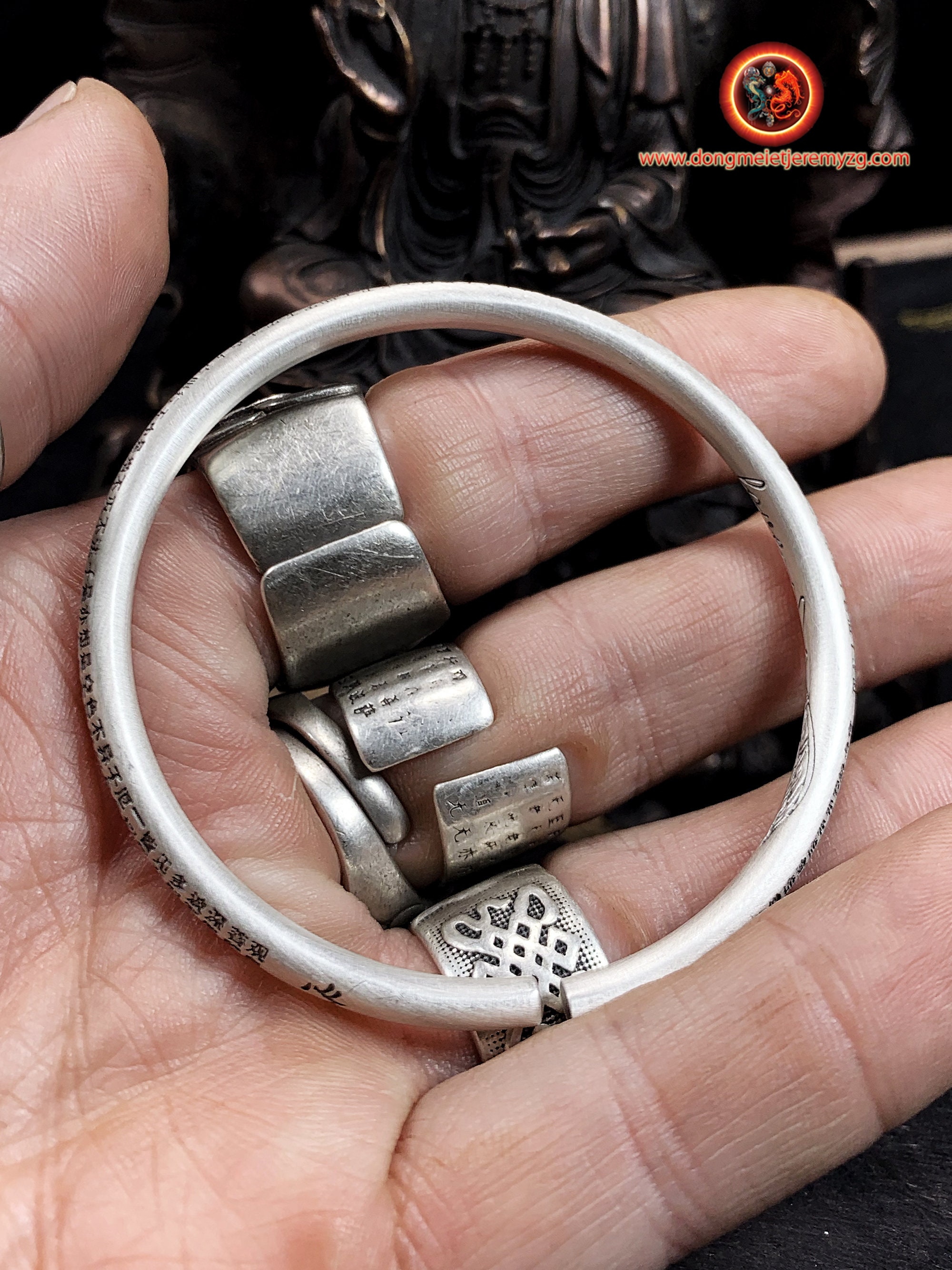 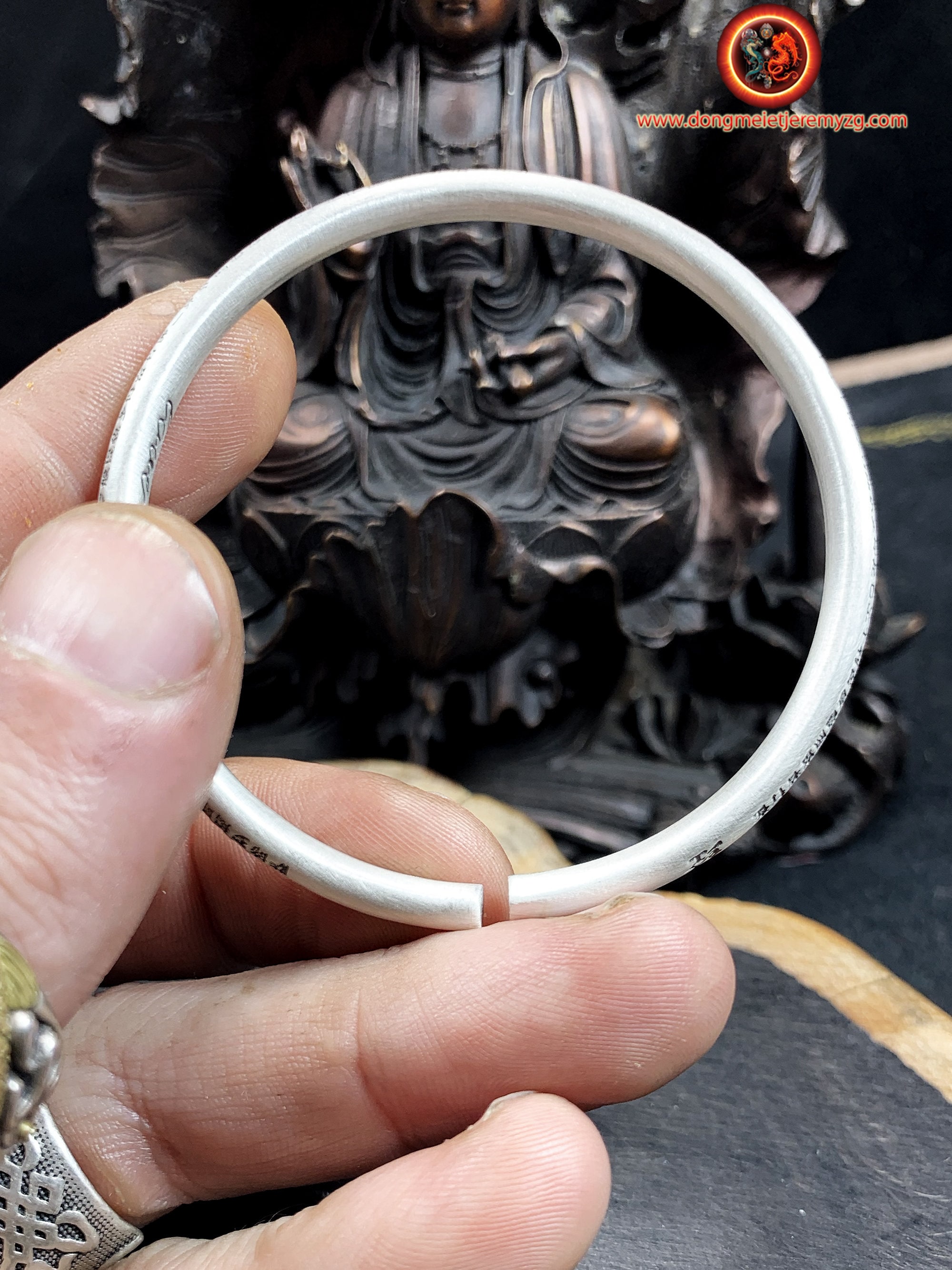 Buddhist Rush Bracelet, Heart Sutra
silver 925 punched
The sutra is engraved on the outside,

Open bracelet therefore adjustable to any size of wrist, up to the largest sizes.
Completely closed rush diameter of 60mm

Video of the bracelet available via this link
https://youtu.be/eo9O59oodM0

Heart Sutra translated from Xuanzang, master of the law of the triple basket in the Tang Dynasty