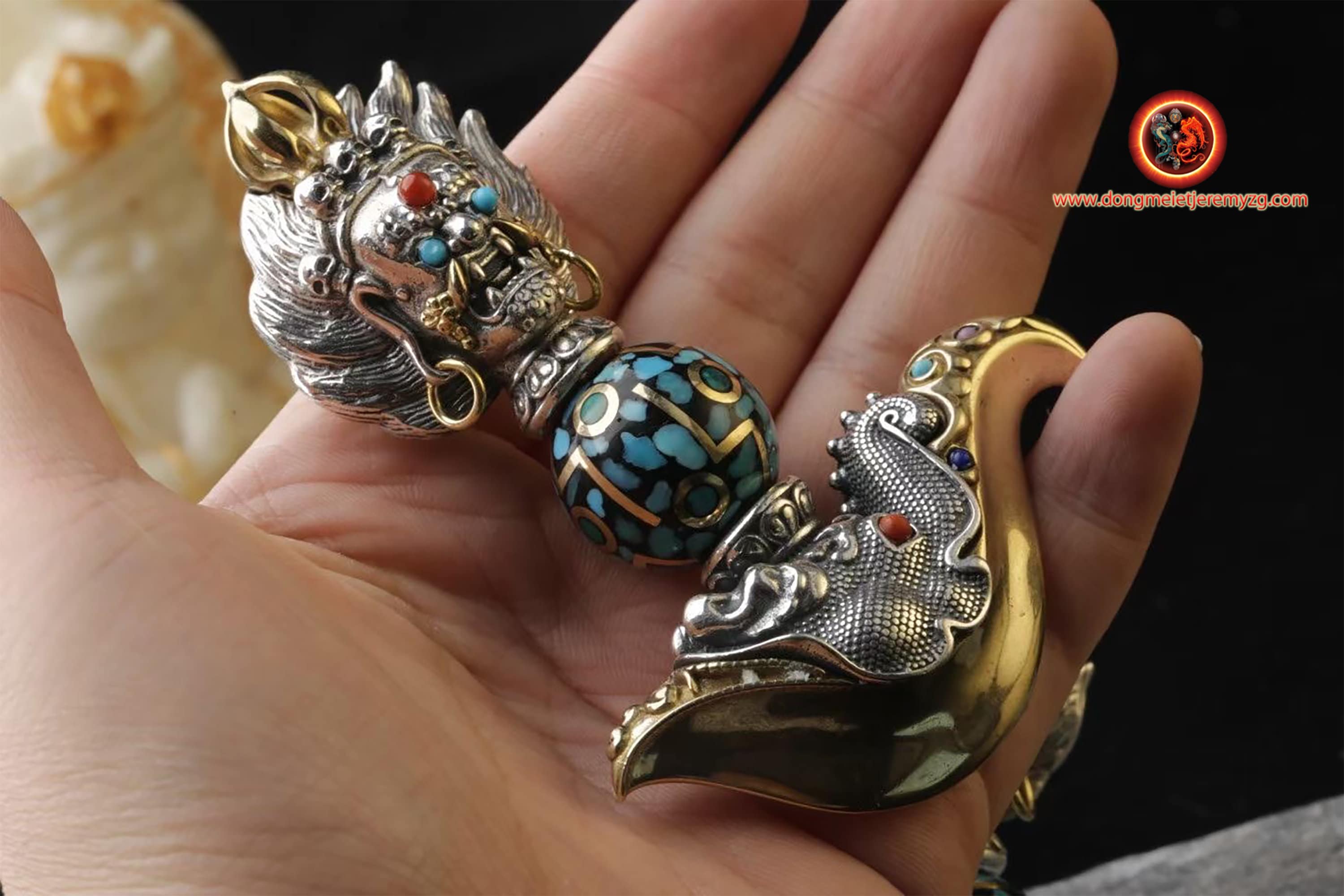 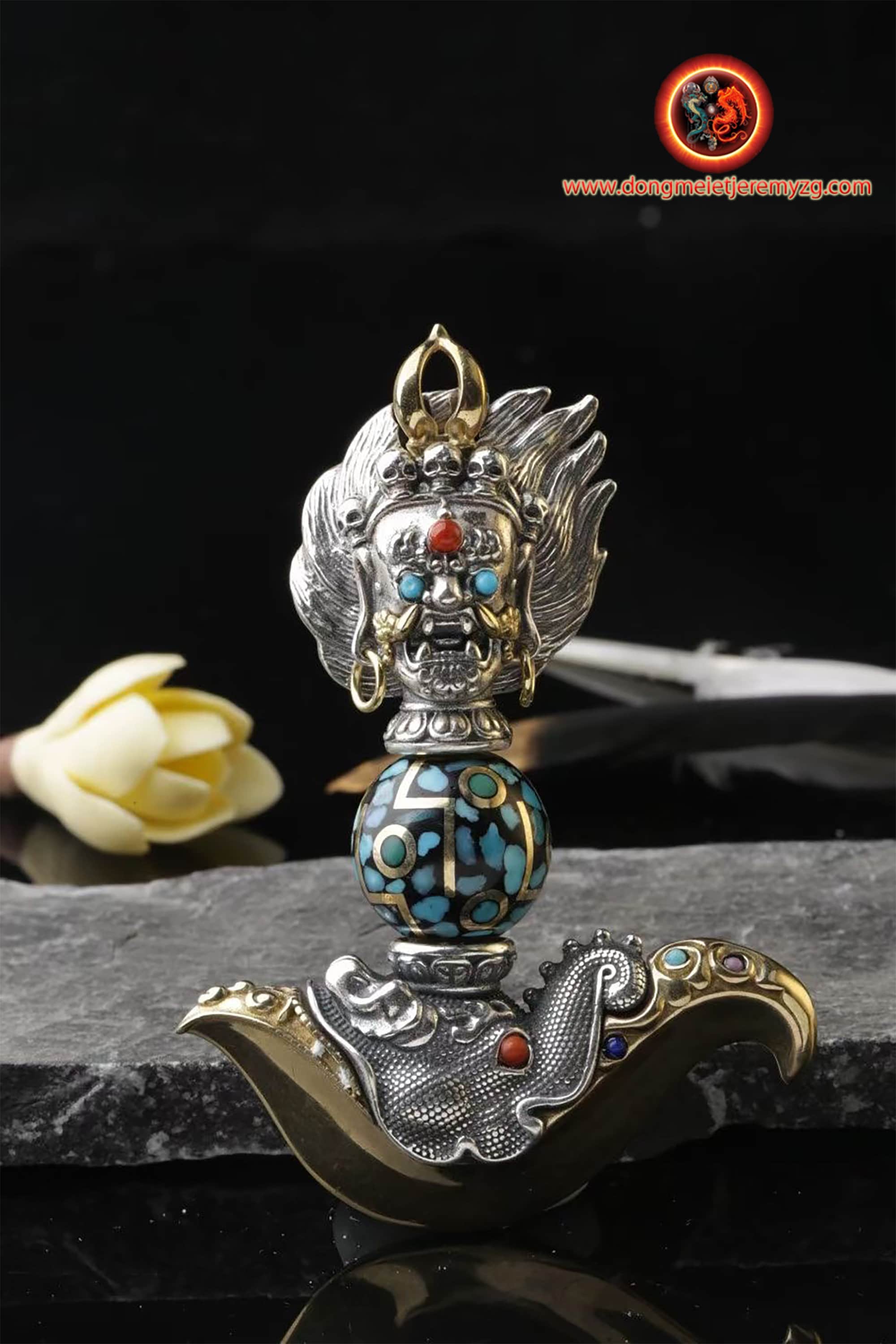 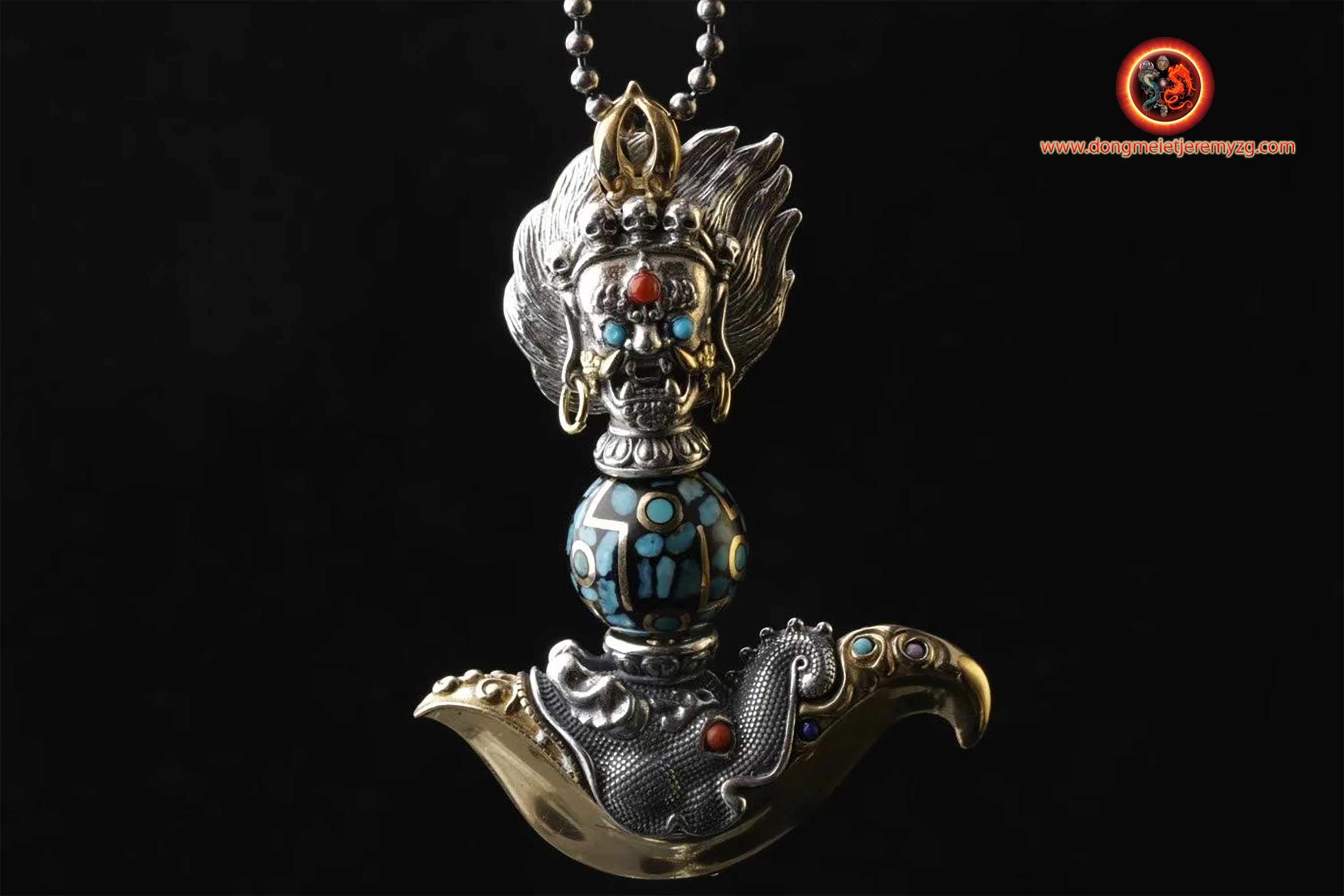 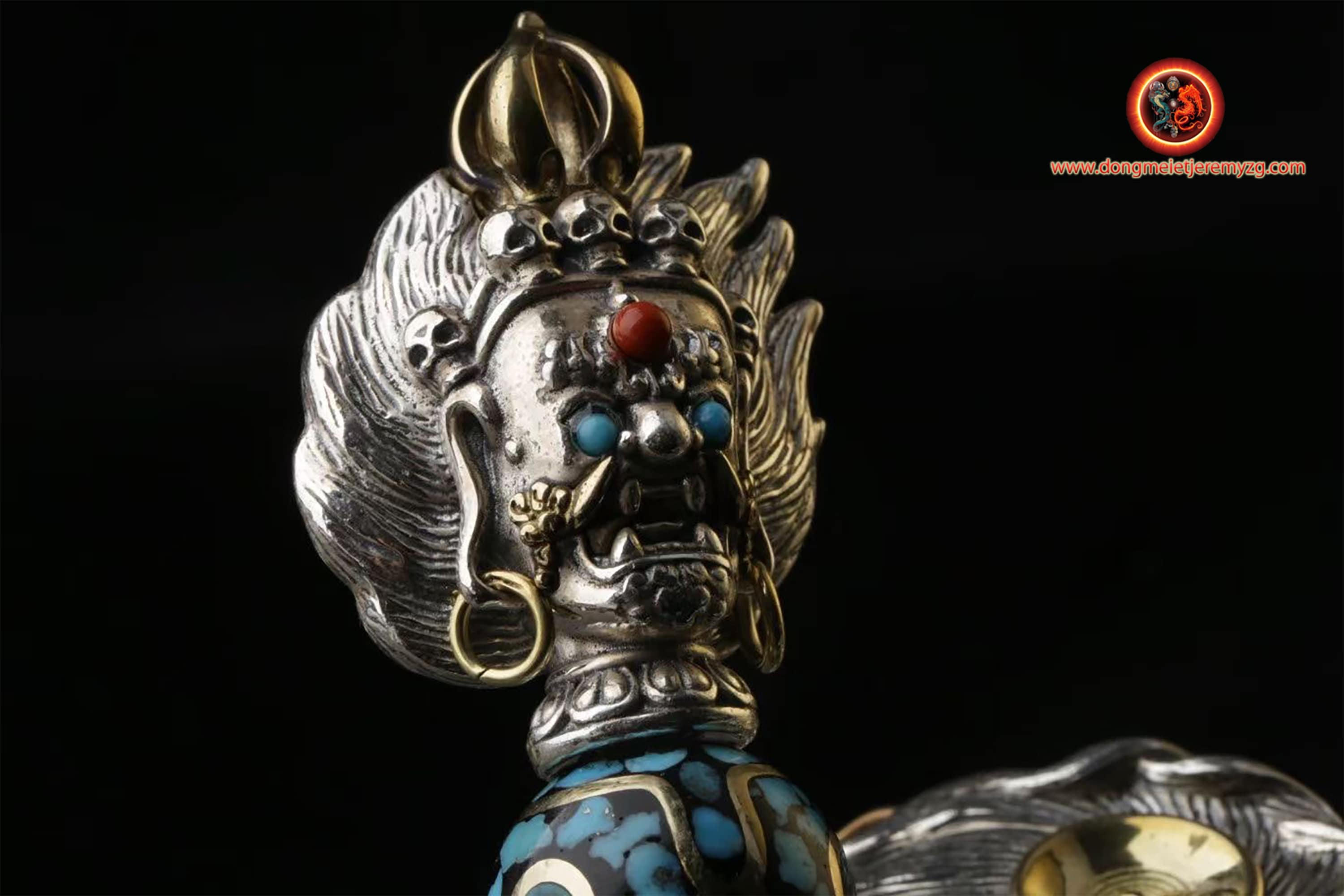 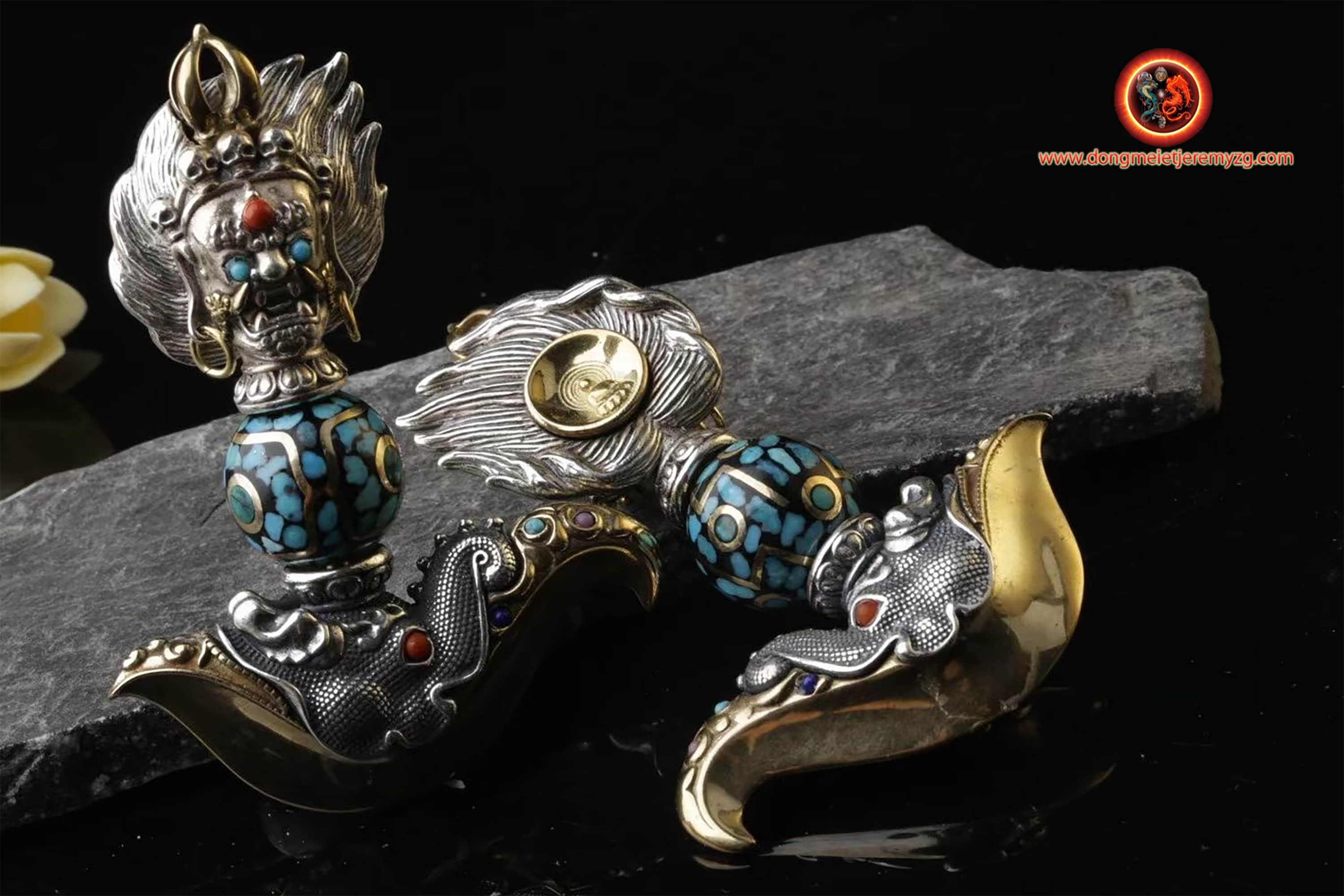 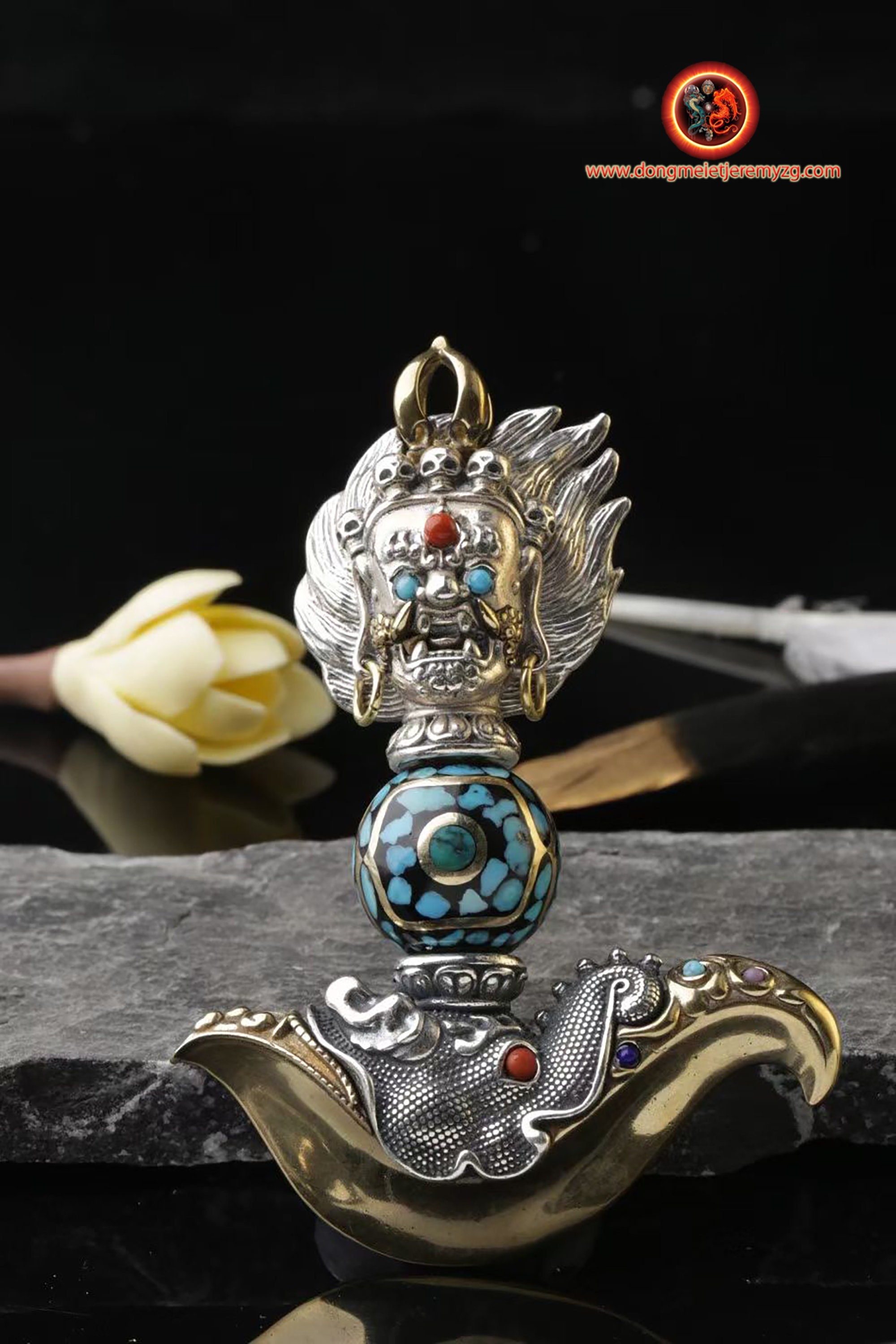 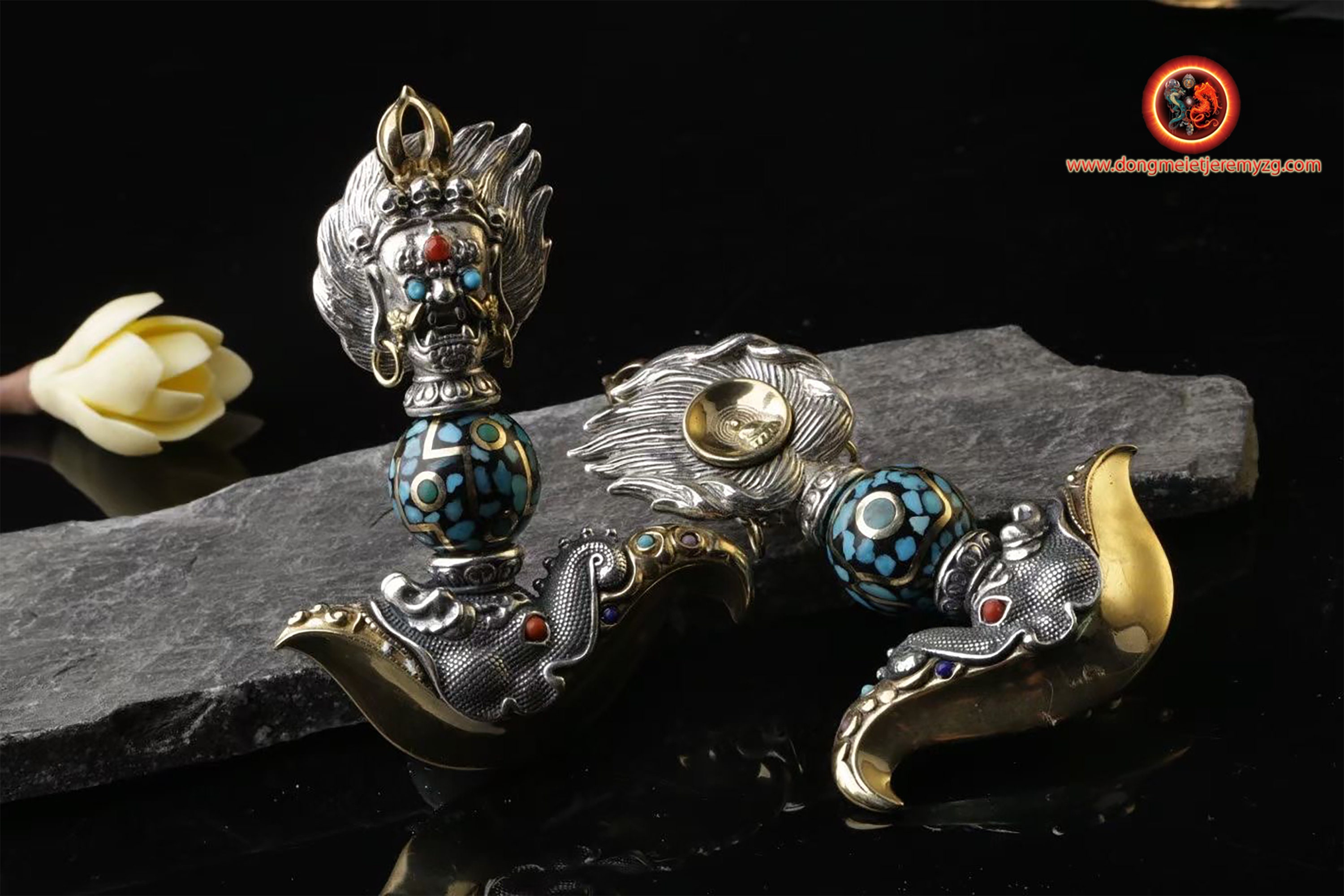 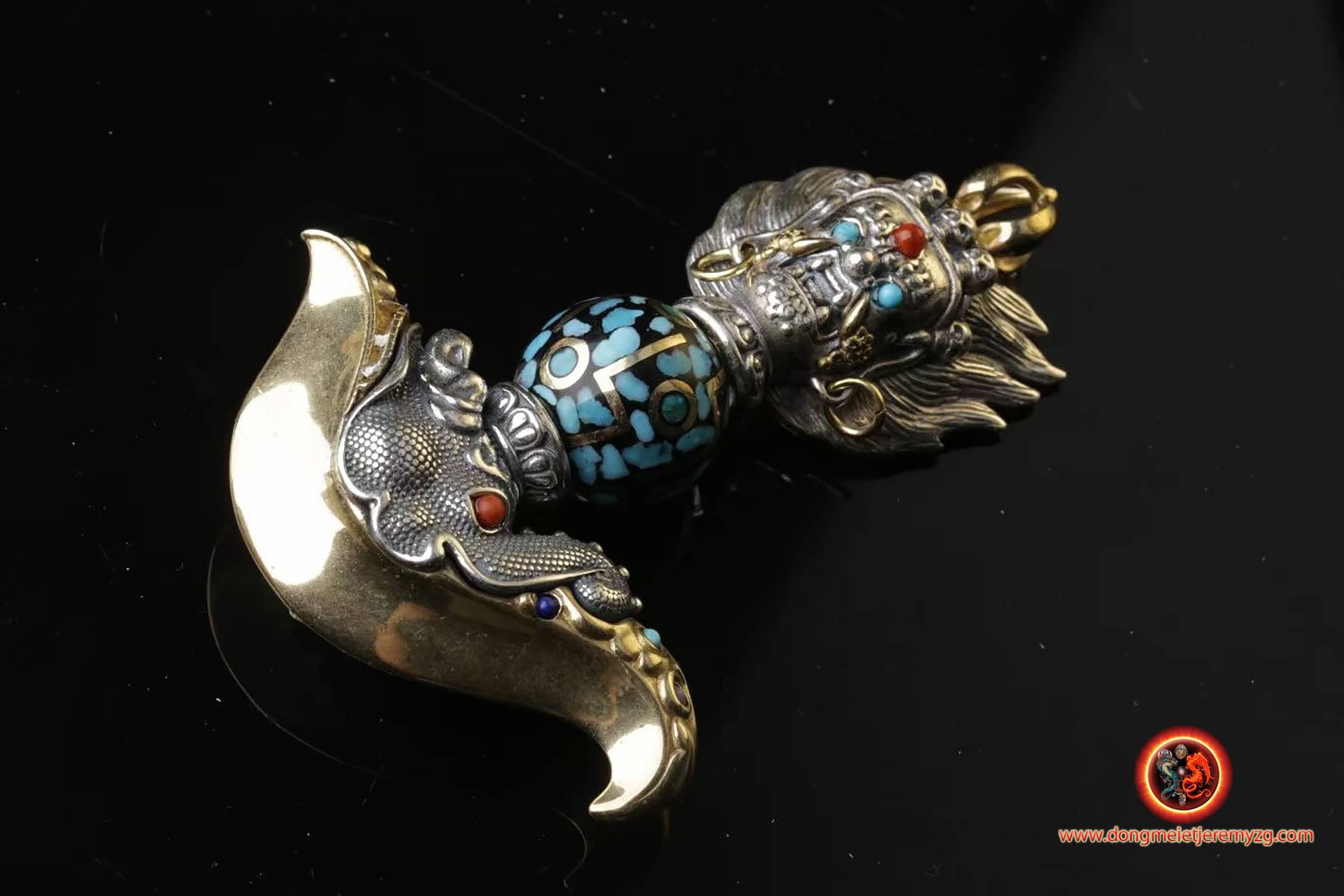 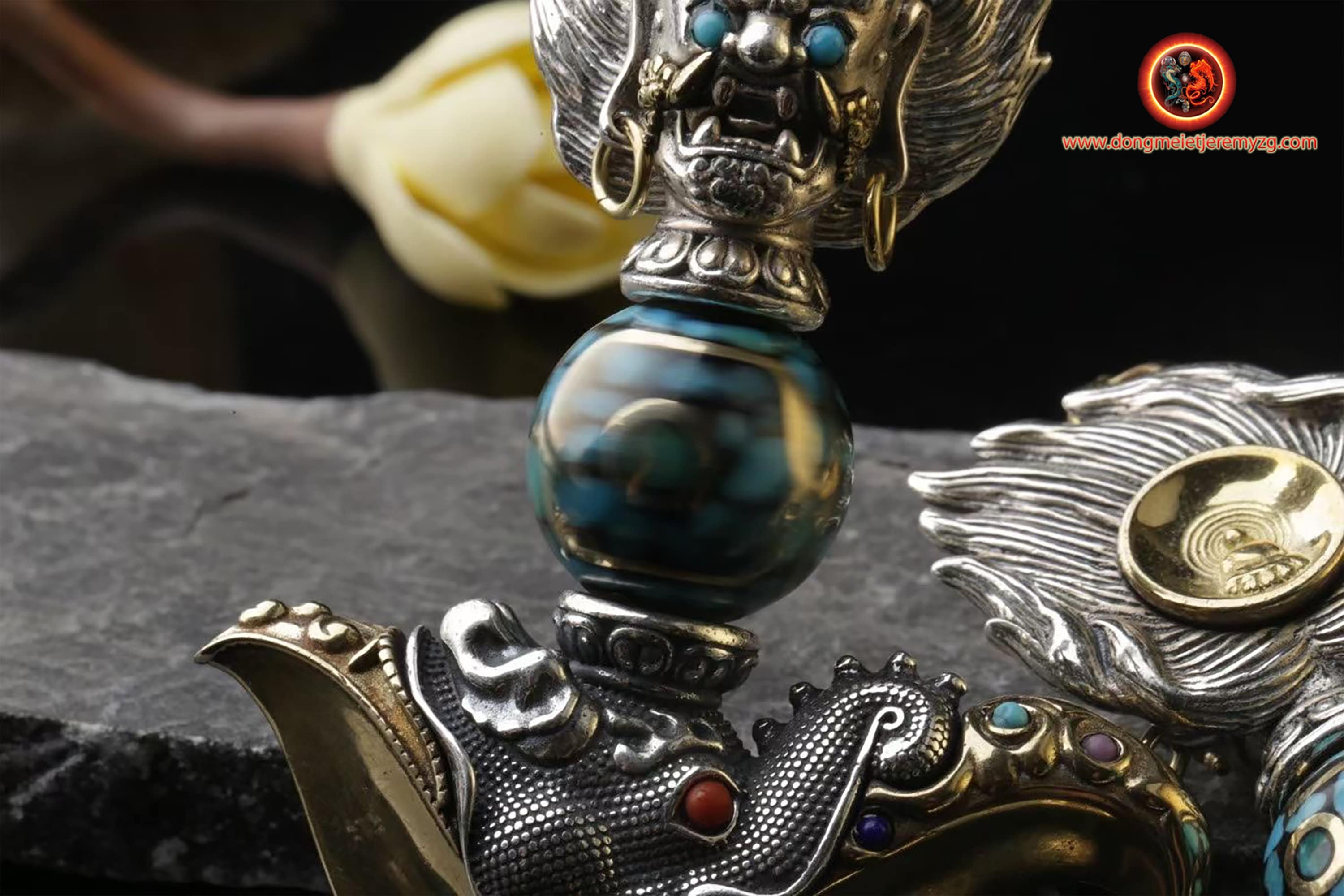 Dimensions: 10cm by about 6cm

Inspiration DZI, tibetan sacred agate has 4 eyes.
helps to overcome negative forces, eliminate obstacles, increase merit and longevity, subdue demons. It is the symbol of the 4 major Boddhisatva of Buddhism: Maitreya, Avalokitesvara, Manjushri and Mahasthamaprapta. These enlightened beings protect the faithful and lift up souls

A kartika or kartrika is a small ritual skin knife in the shape of a crescent used in them. Tantric ceremonies of Vajrayana Buddhism. It is said that kartari is "one of the attributes par excellence of wrathful tantric deities". It is commonly referred to as the "knife of the dakinis". Its shape is similar to that of the Inuitulu or woman's knife, which is used for many things, including cleaning skins.

The shape of the kartika, or trigug, with its crescent shape and hook at the end, is derived from the shape of a traditional shape of the Indian butcher knife .

Vajrayogini representations usually contain kartika as one of its attributes. In the iconography of enlightened dakinis and tantric female yidams, it is common to find the hooked kartika knife in her right hand and the skull cut in her left, representing "the inseparable union of wisdom and skillful means".

Mahakala is practiced and venerated in all "tantric" schools of Tibetan Buddhism. However, it is depicted in different ways, each with distinct qualities and aspects. It is also considered to be the emanation of different beings, namely Avalokiteśvara (in Tibetan Chenrezig) or Cakrasamvara (in Tibetan Korlo Demchog, or 'khor-lo bde-mchog according to the Wylie system) in the Kagyüpa and Shangpa traditions. There are several kinds of forms of Mahakala which as a protector is emanated from the essence of tantra for which he is responsible. Thus, there are particular protectors in the father, mother and non-duel tantras of the Mahamudra, other types and forms of protectors exist in the schools that claim to be from the Dzogchen....

The rest of Mahakala's story on our blog via this link
https://www.dongmeietjeremyzg.com/post/604892080002/mahakala-le-grand-roi-noir