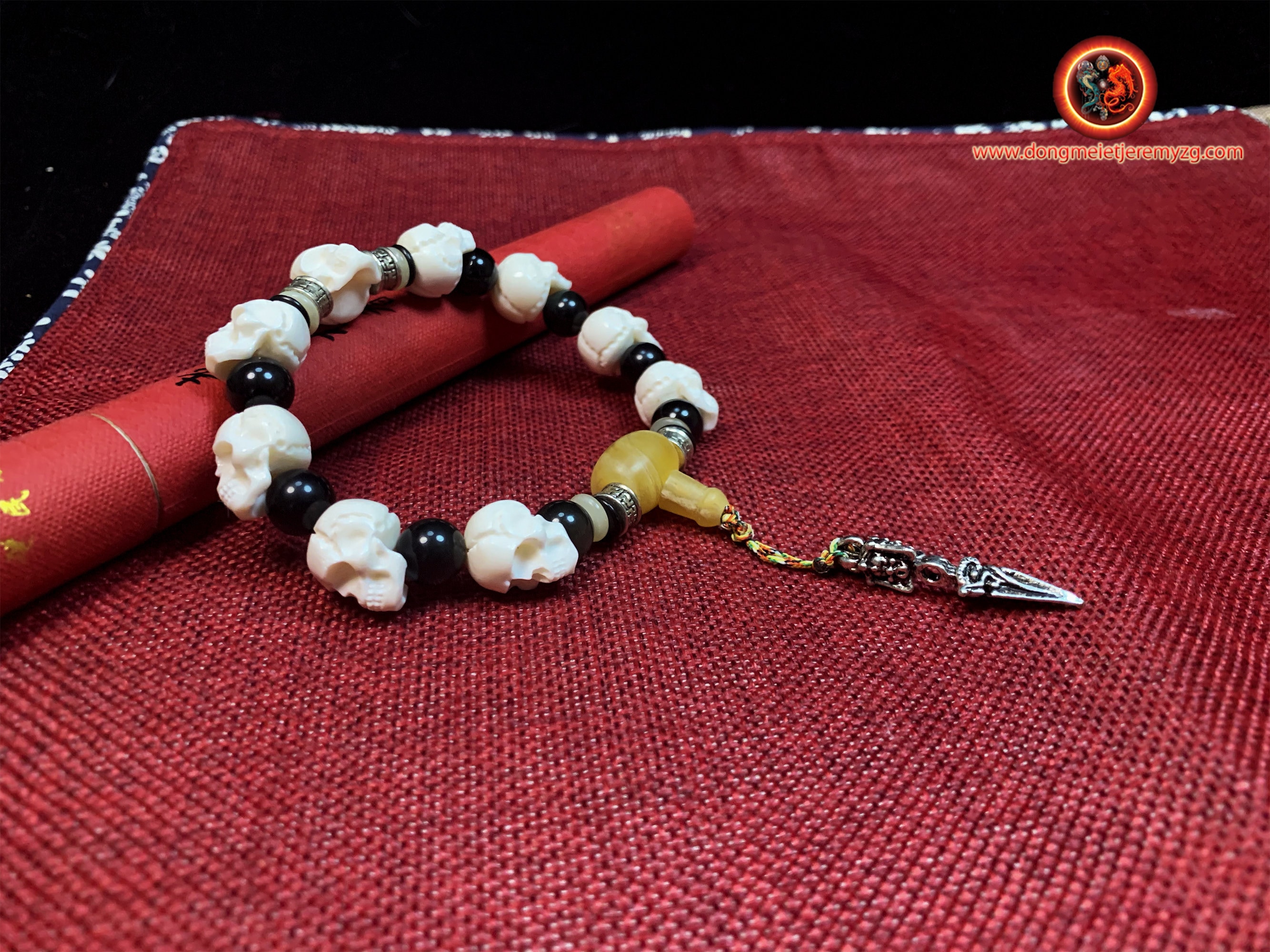 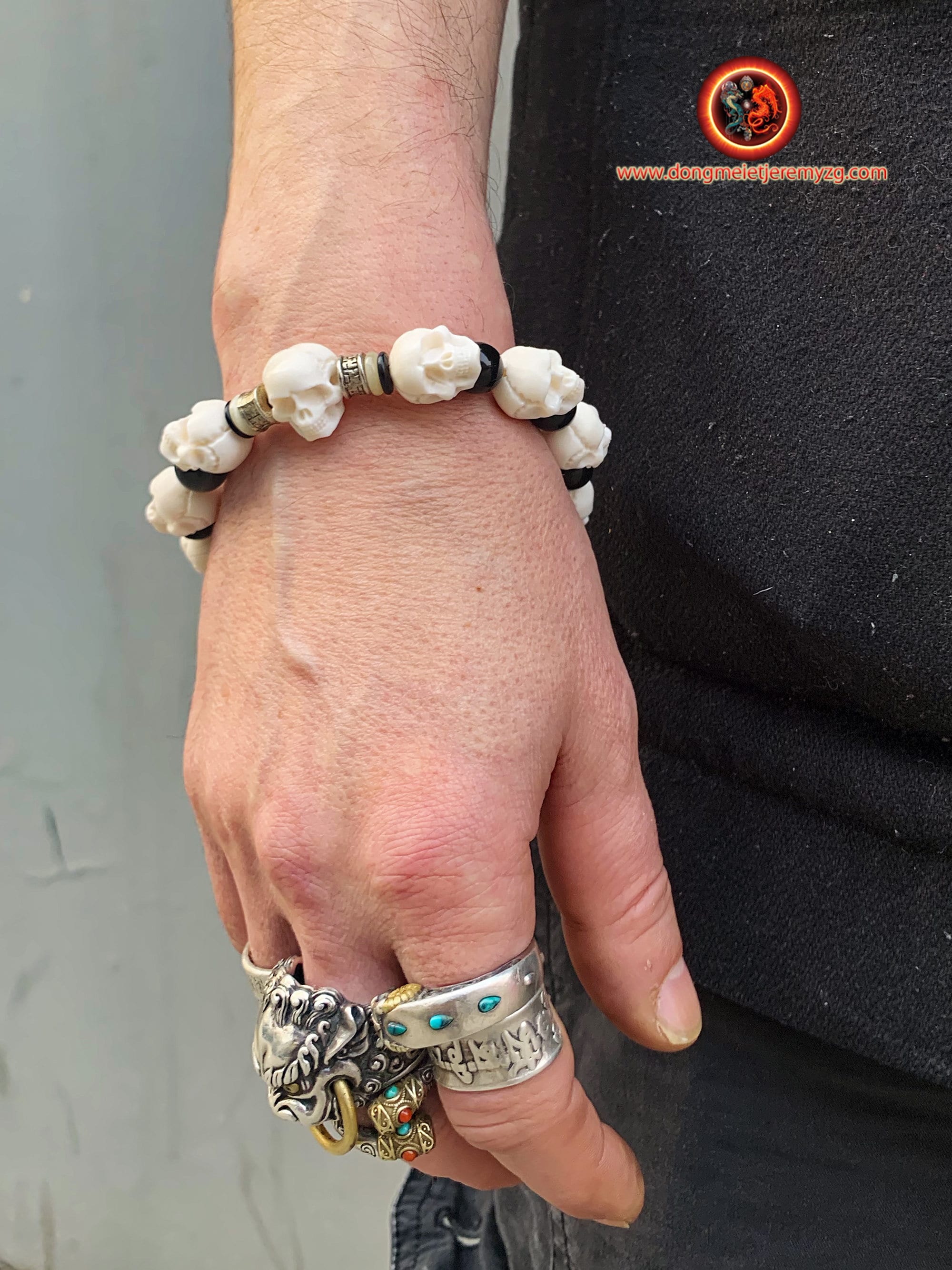 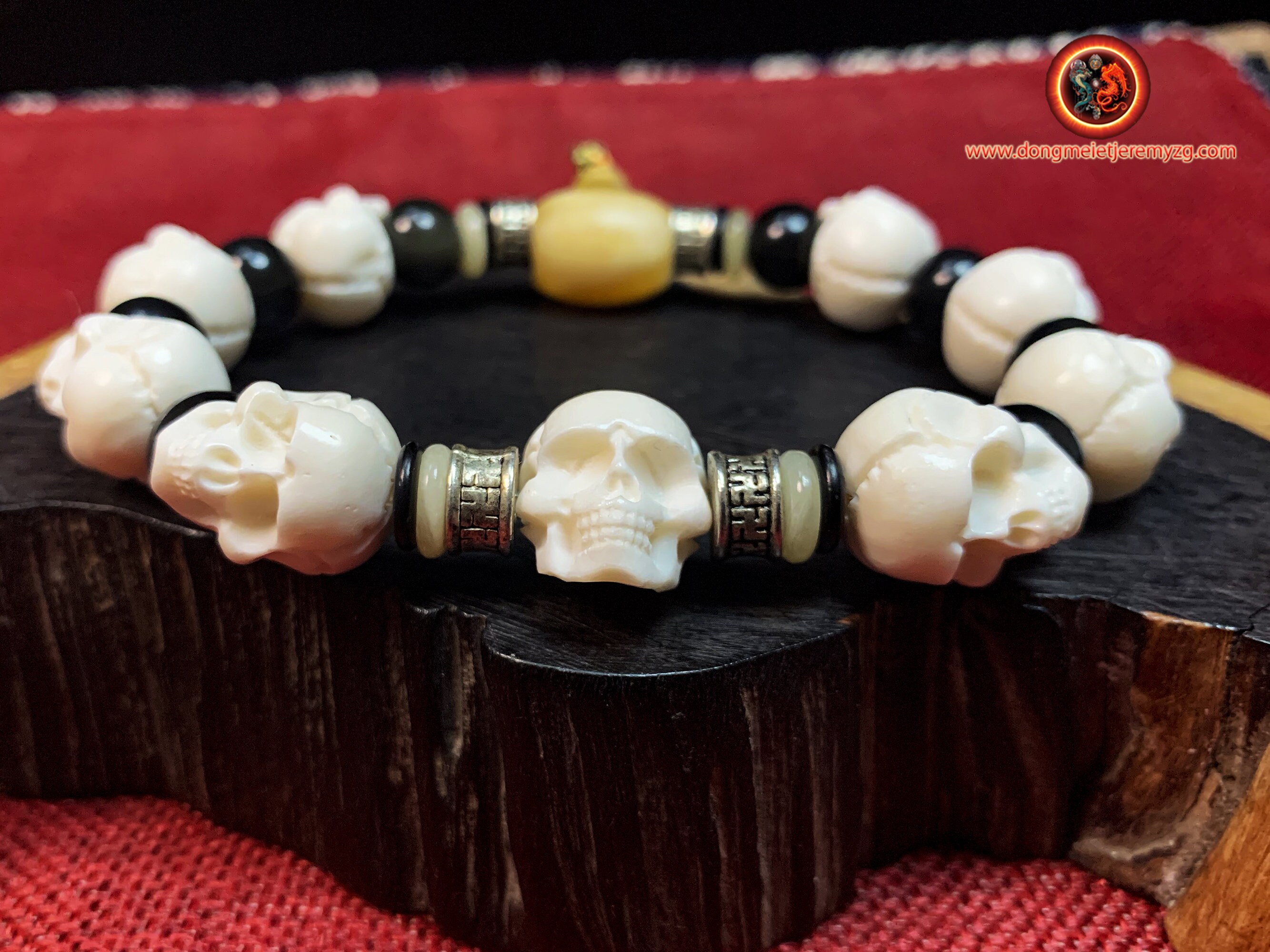 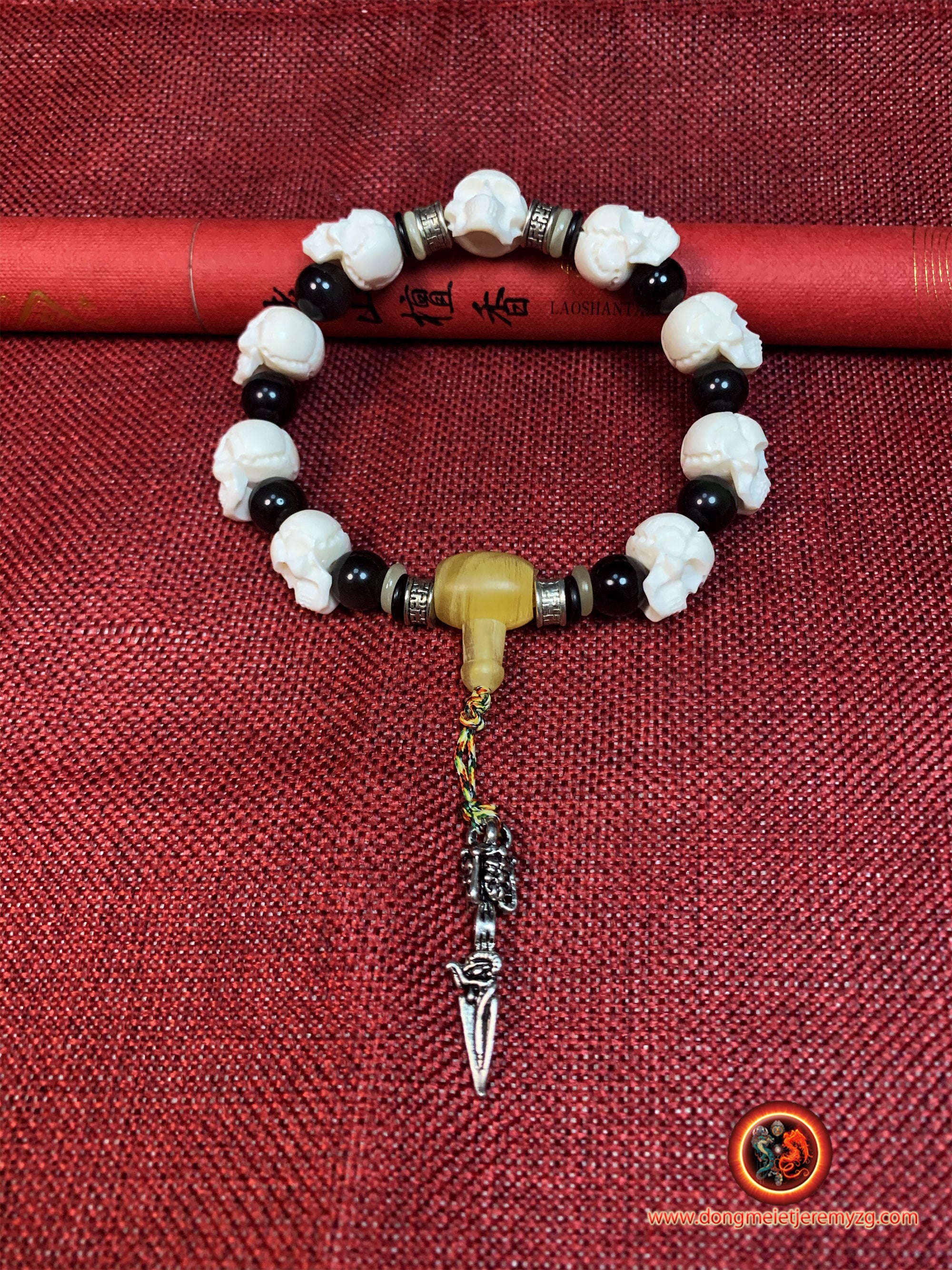 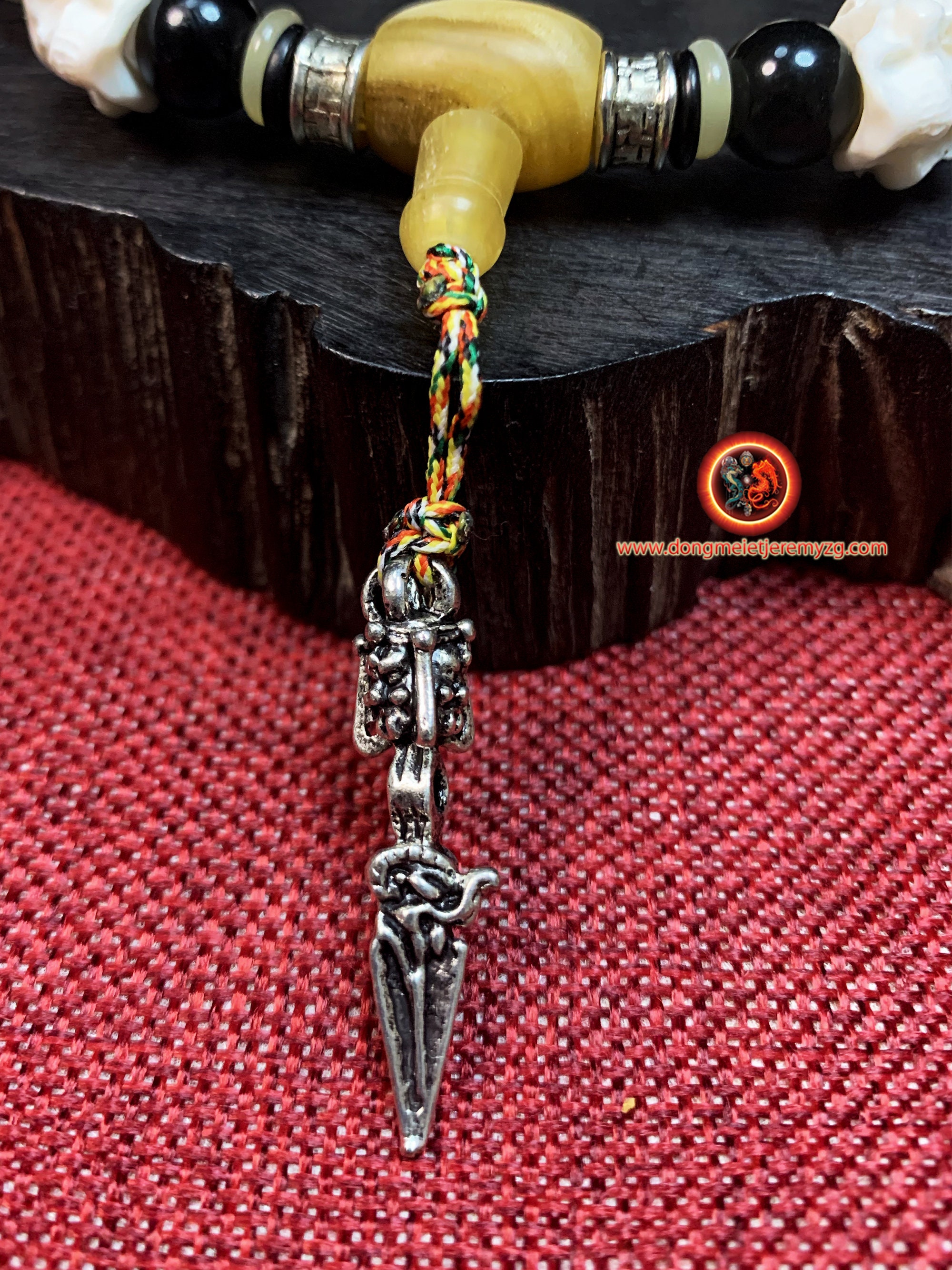 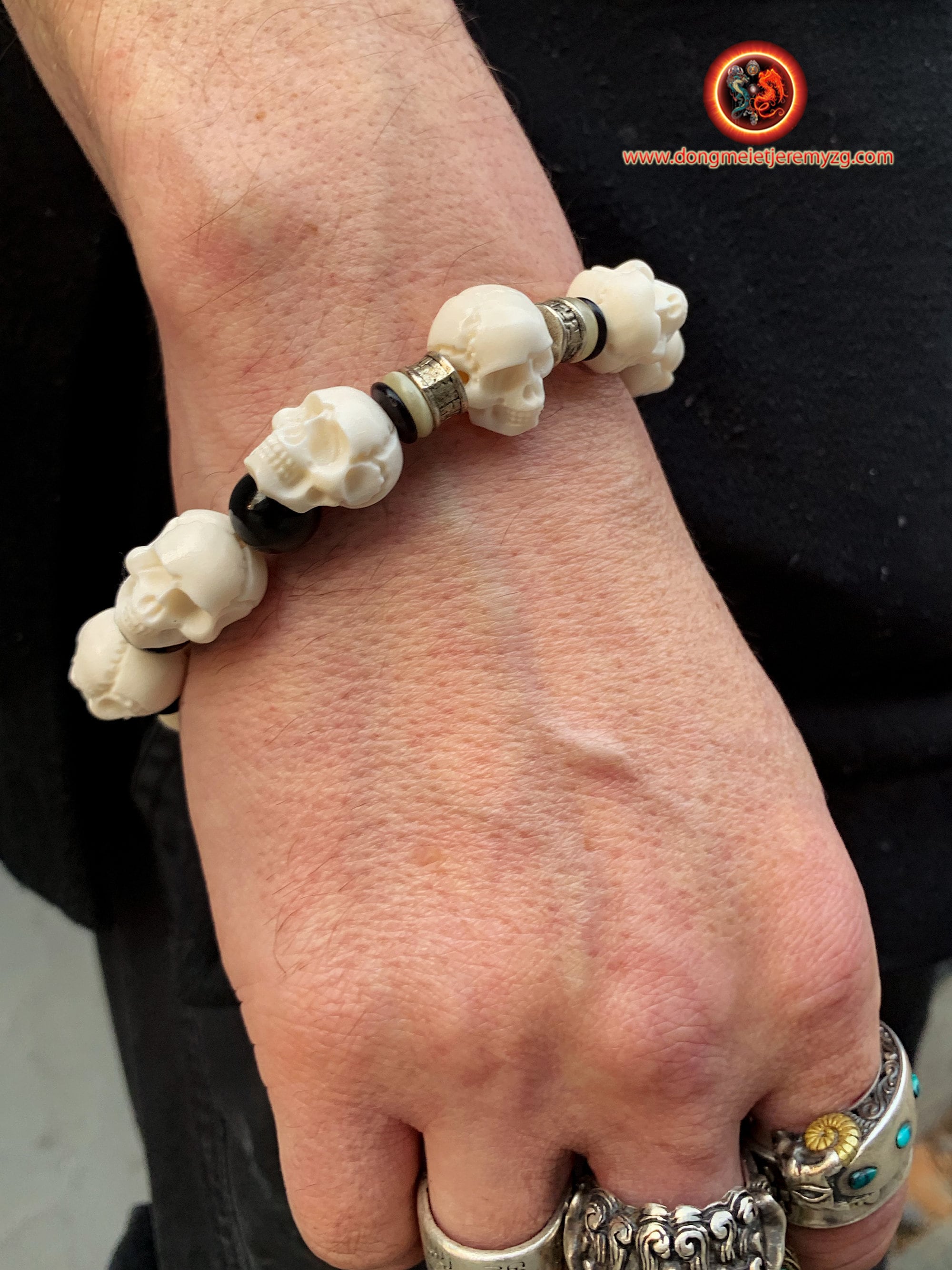 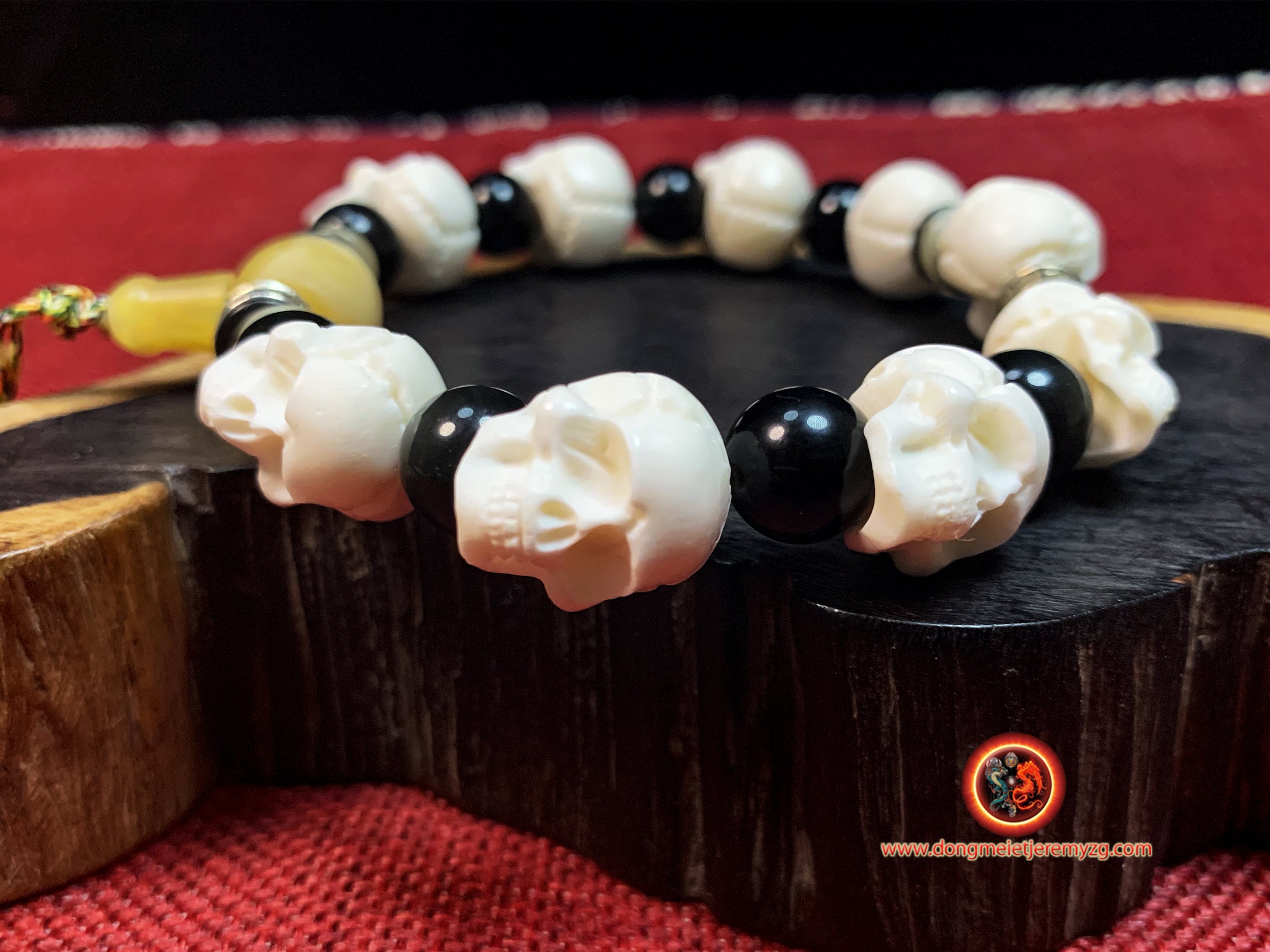 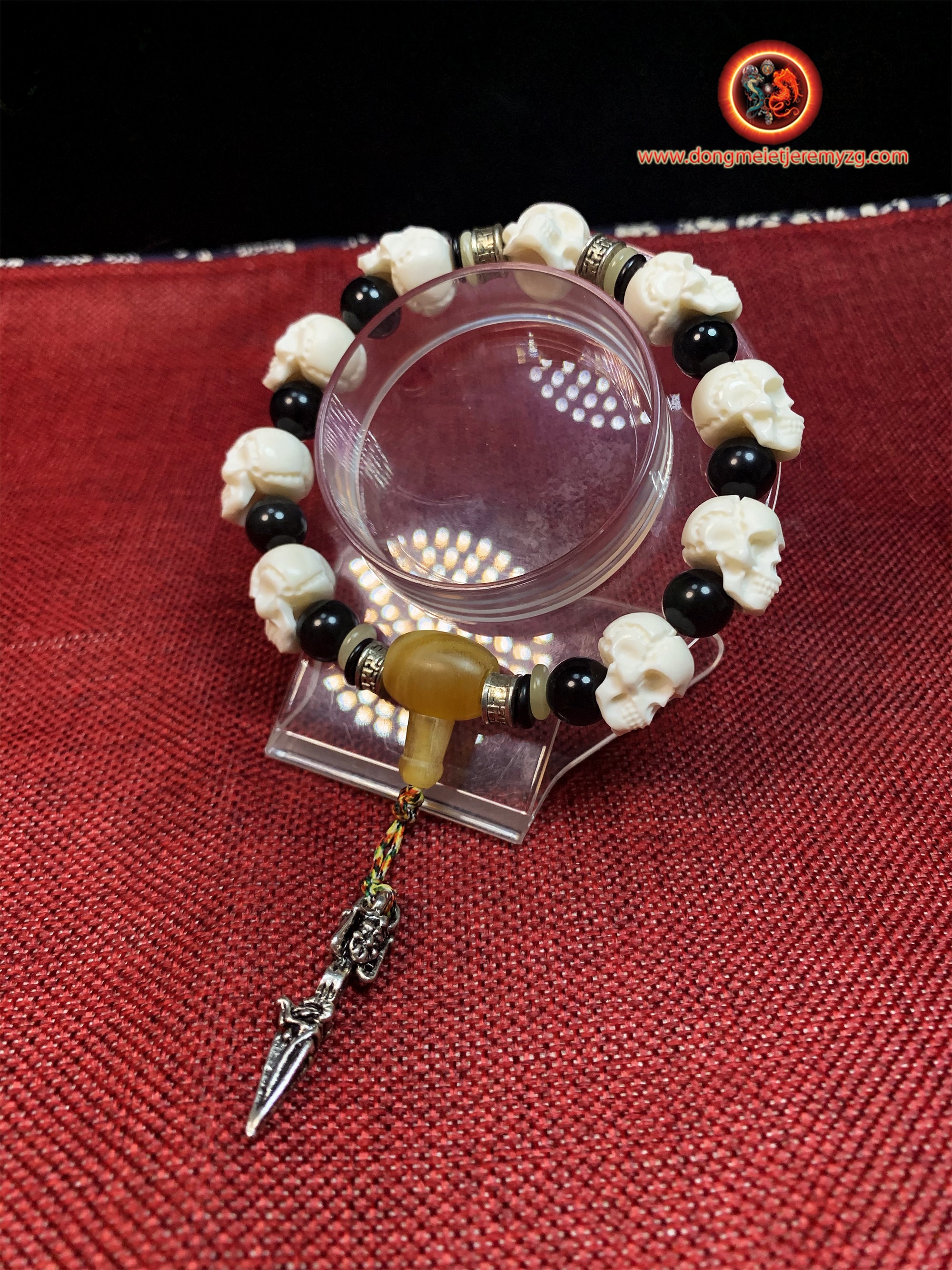 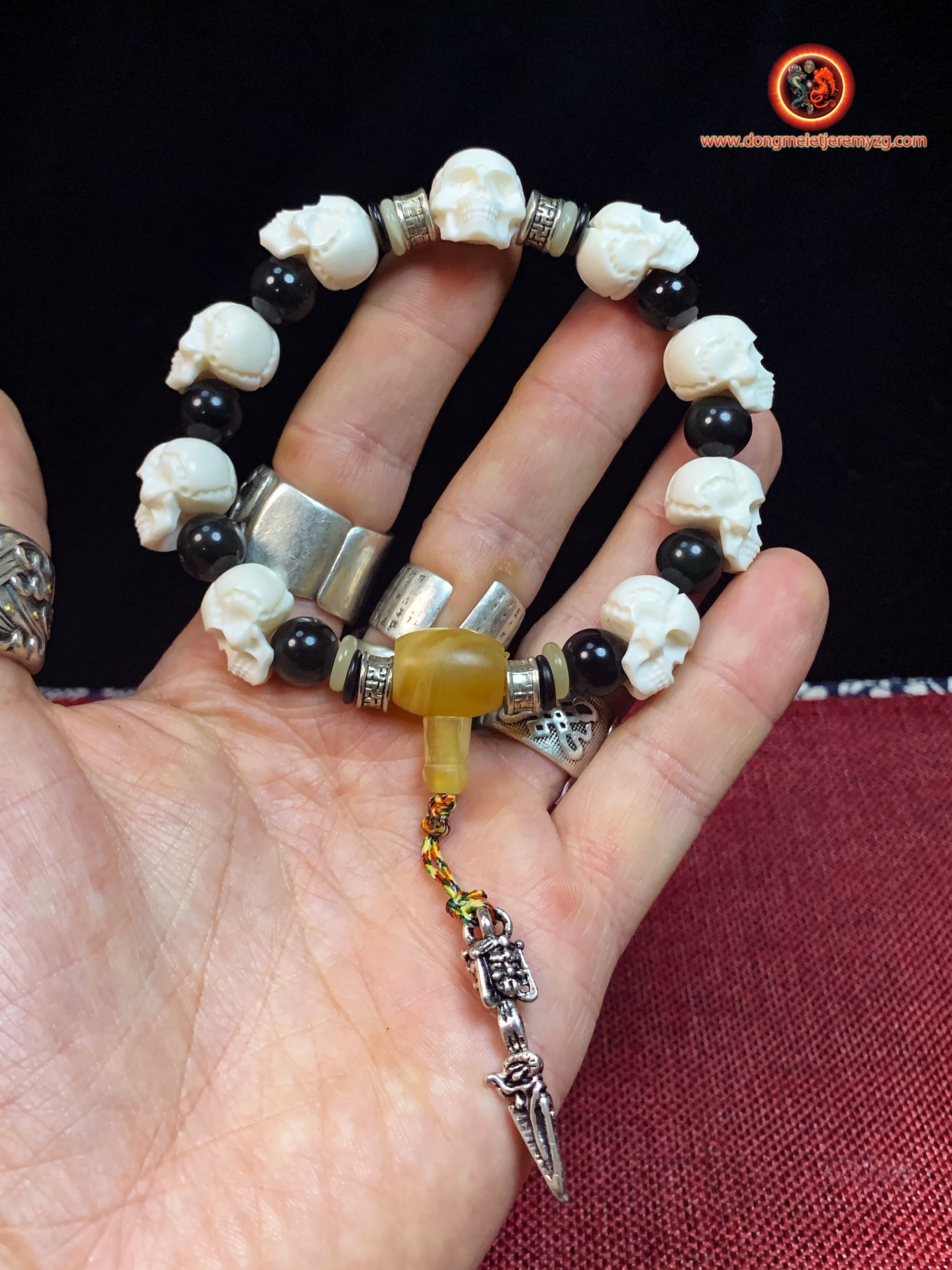 9 skull bracelet.
Dzo bone skull, hybrid between domestic cow and wild yack
Native to northern Yunnan at 4000 metres above sea level
Dimensions of each skull: 12/13mm
Each skull is hand-carved and unique.
obsidian eye celeste of Mexico 8mm in diameter each

Phurba Ritual Blade of Tibetan Buddhism
The Phurba is a dagger to defeat demons. It was introduced into Tibetan Buddhism by Phadmasambhava and is a symbol of the transmutation of negative forces.