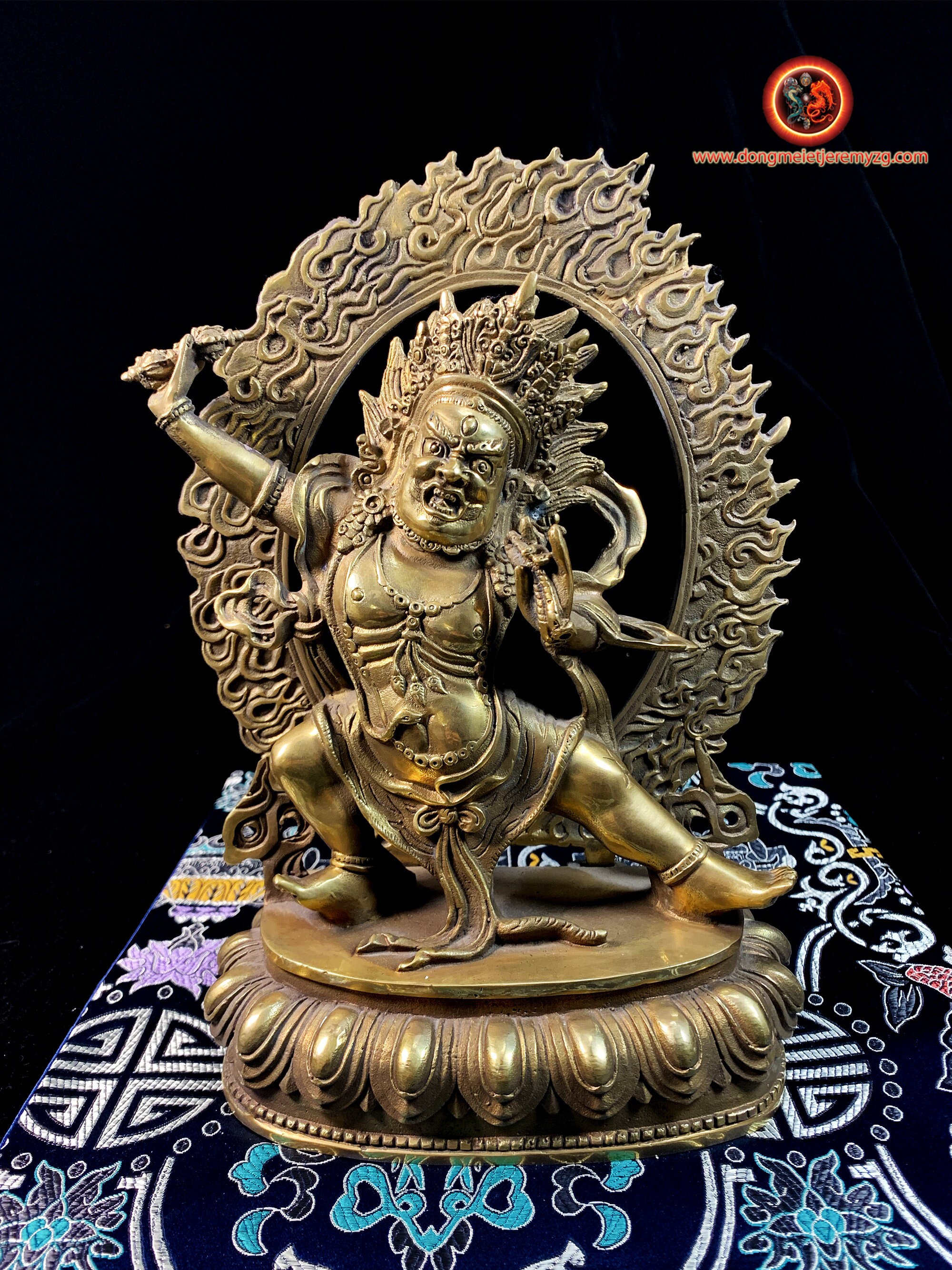 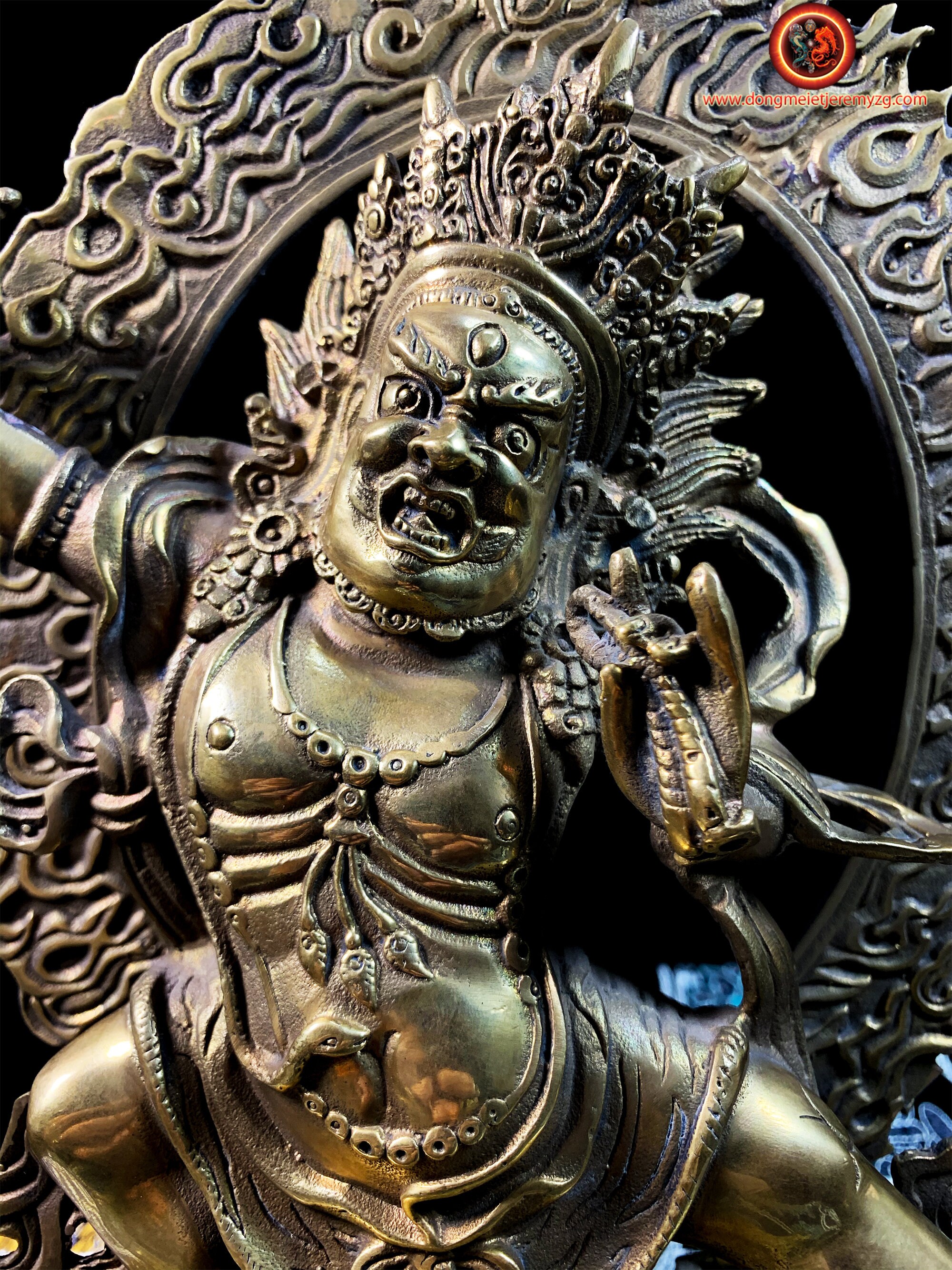 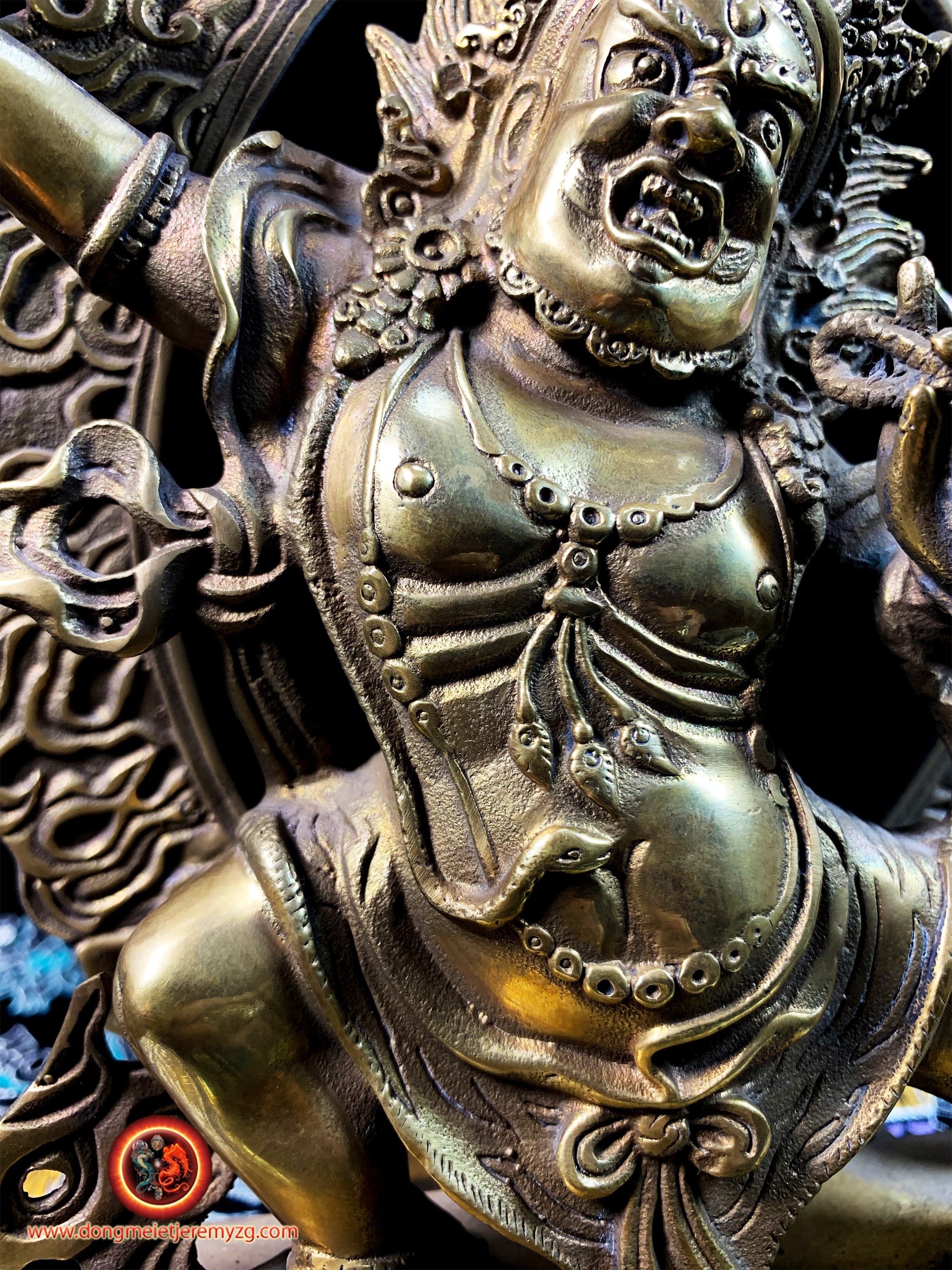 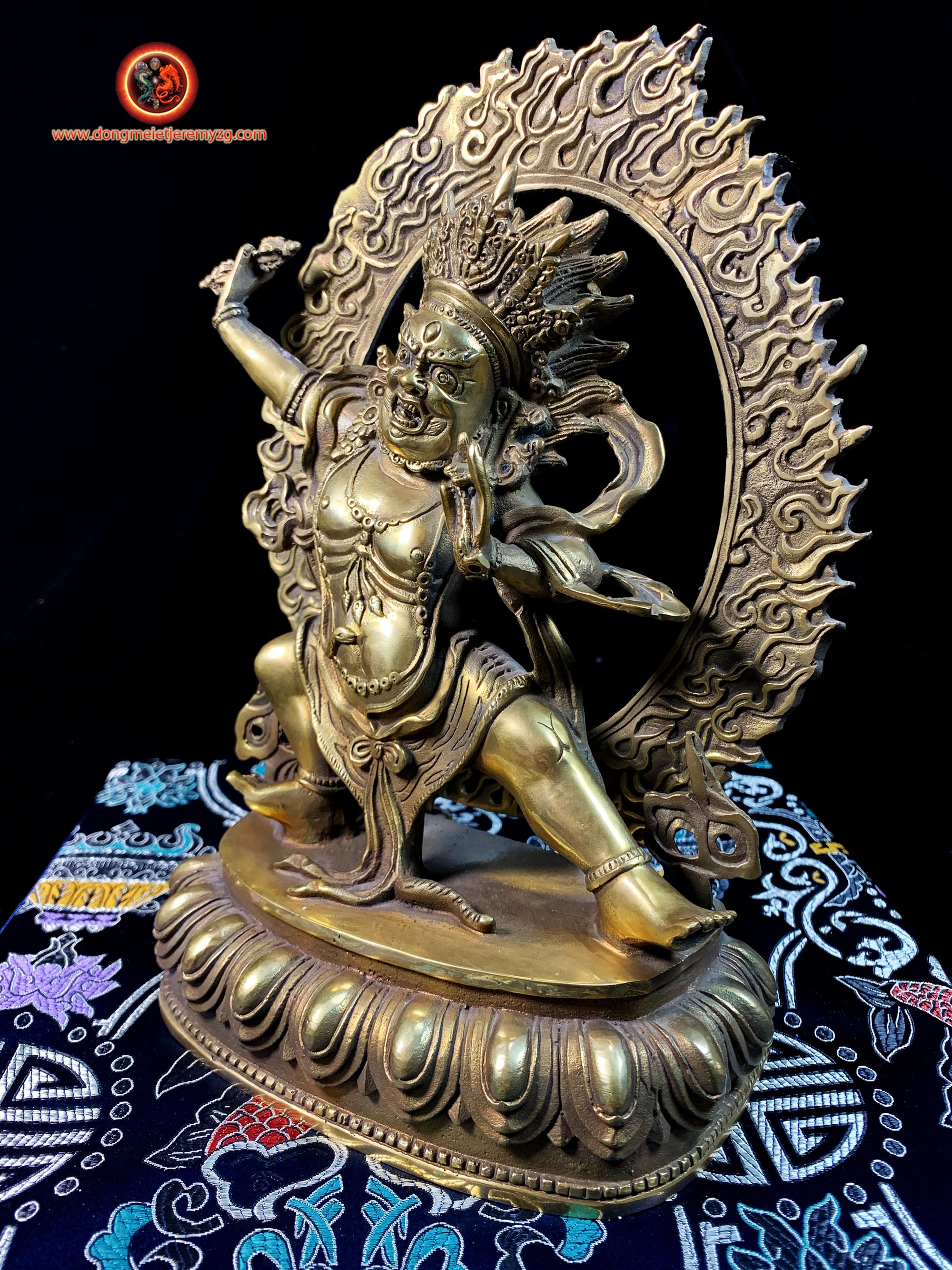 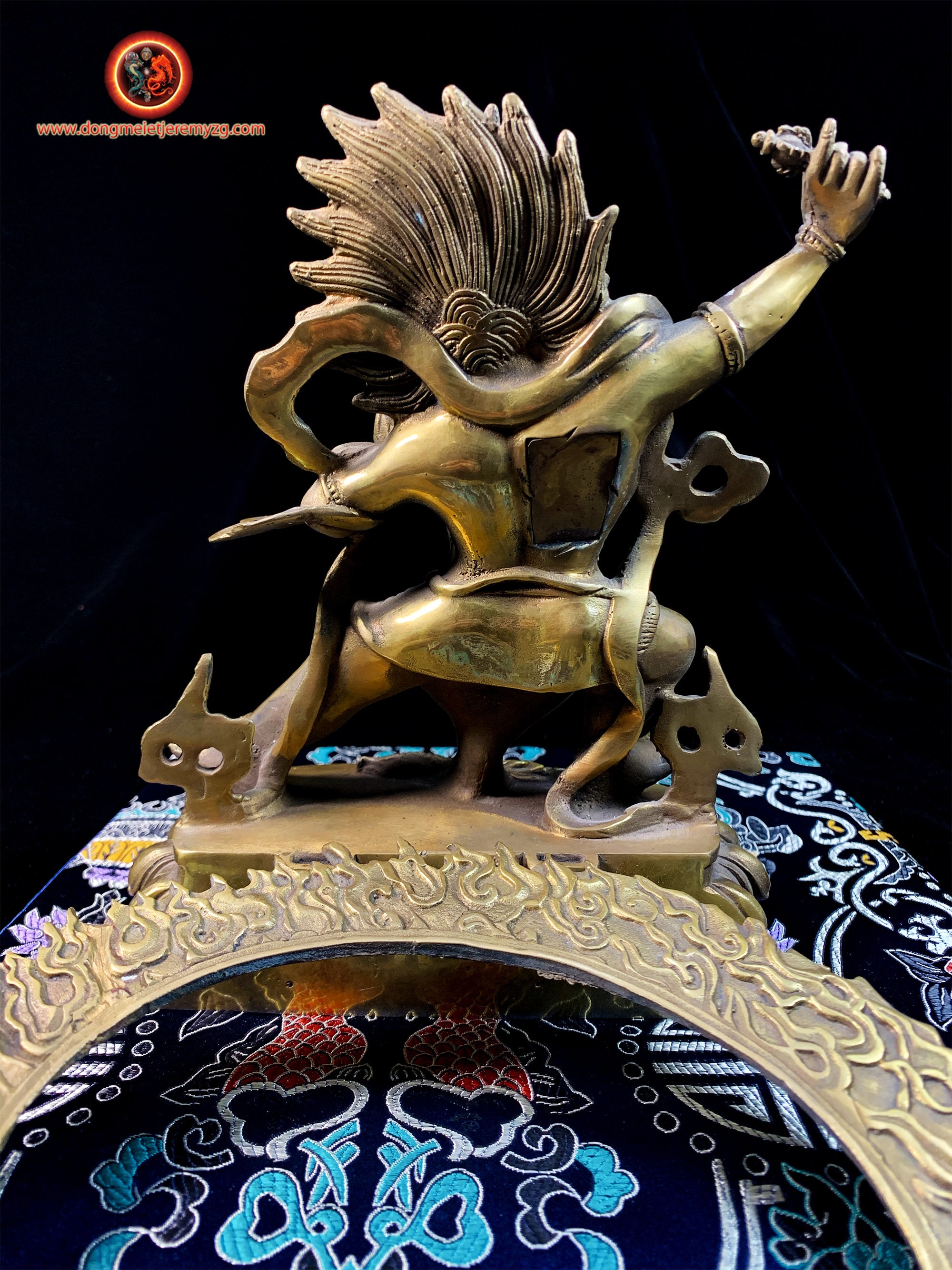 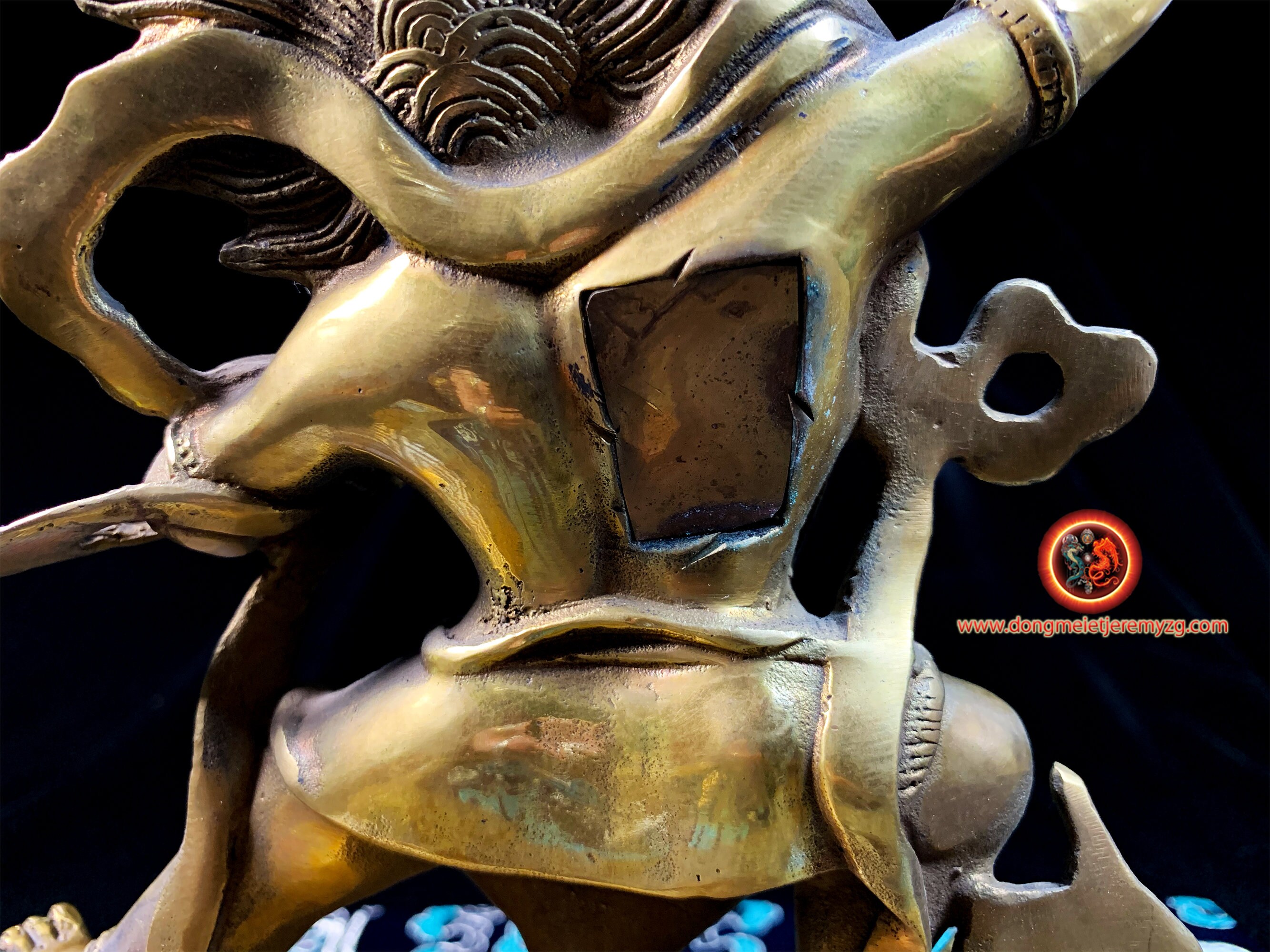 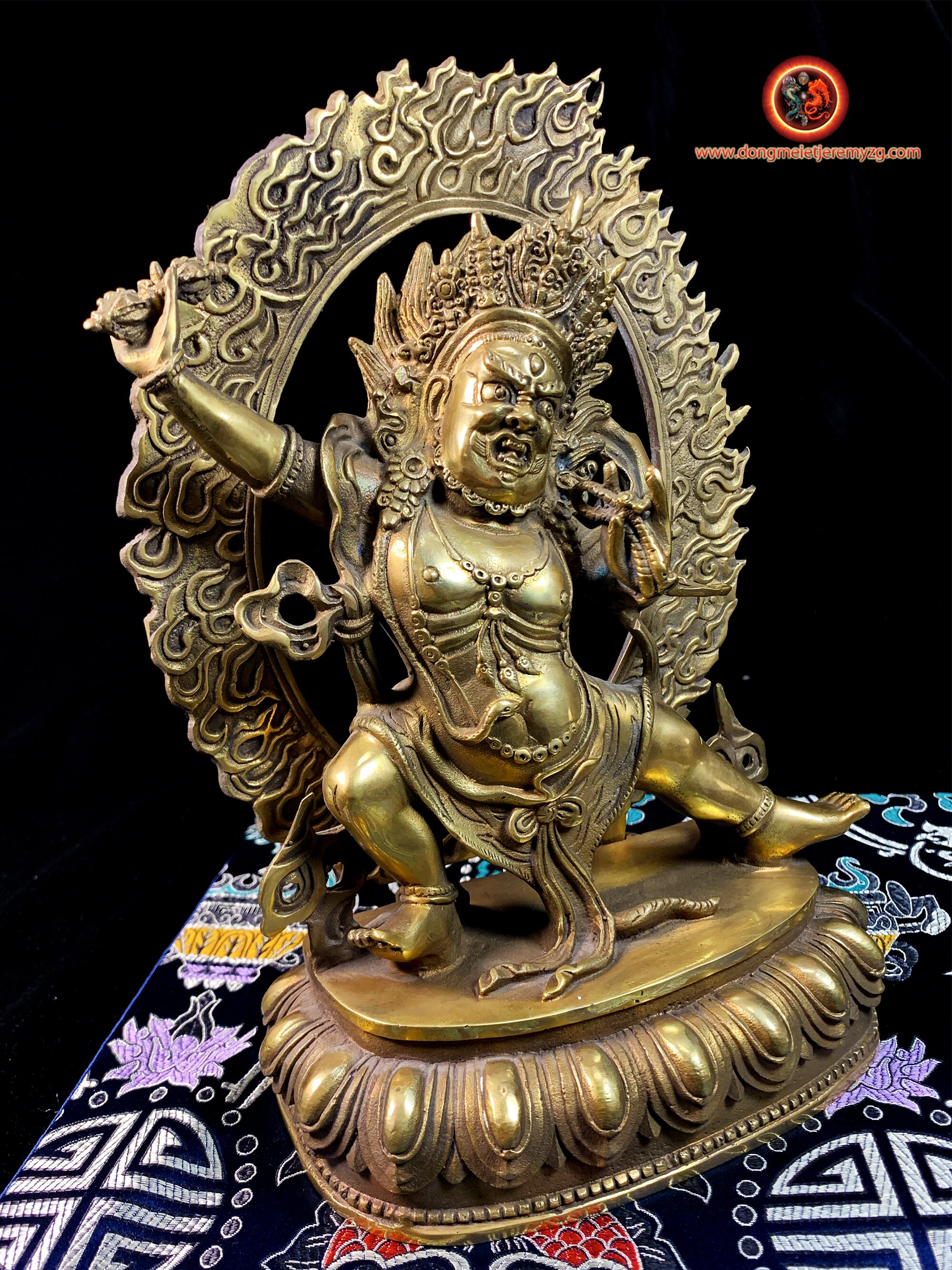 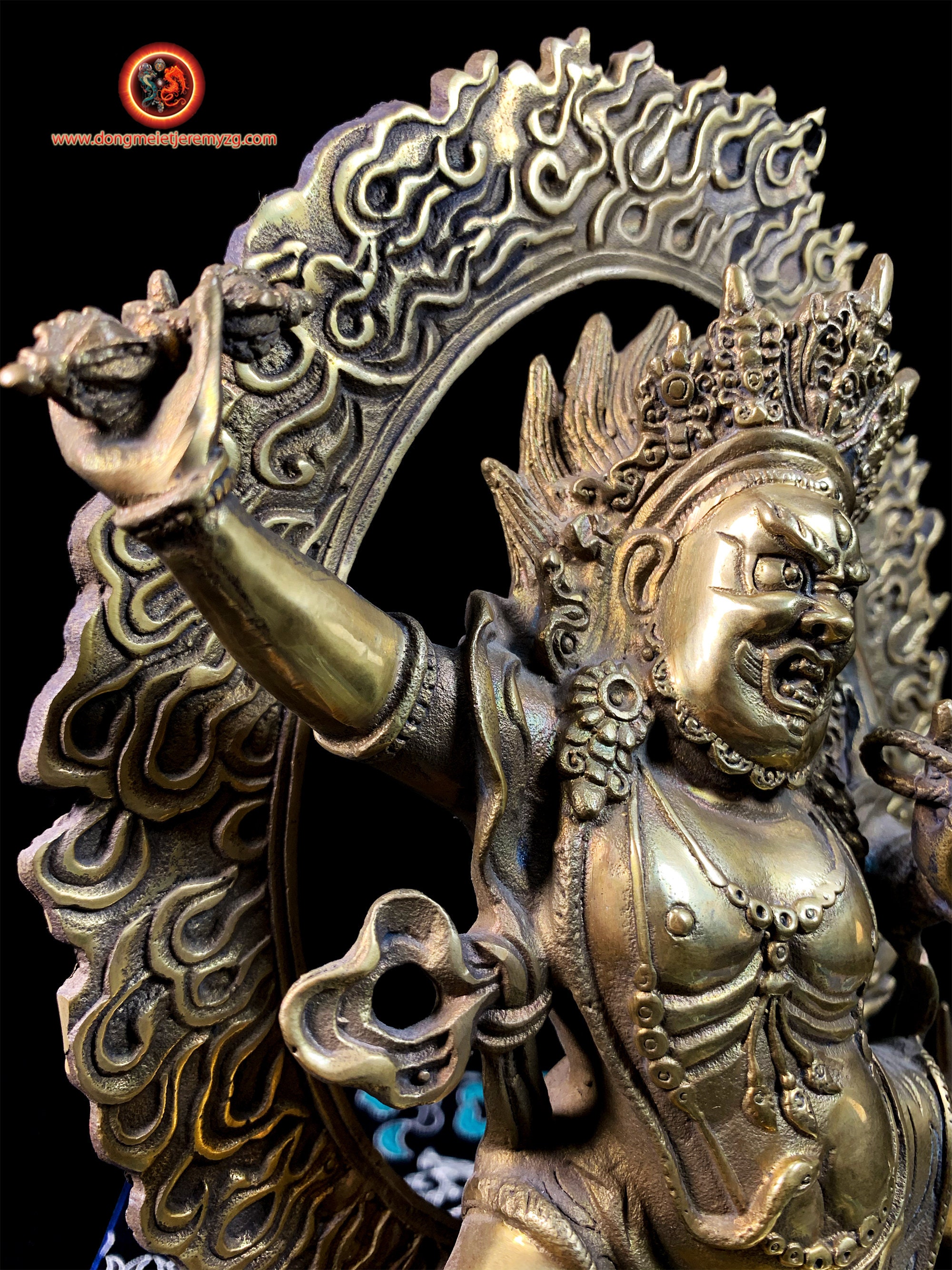 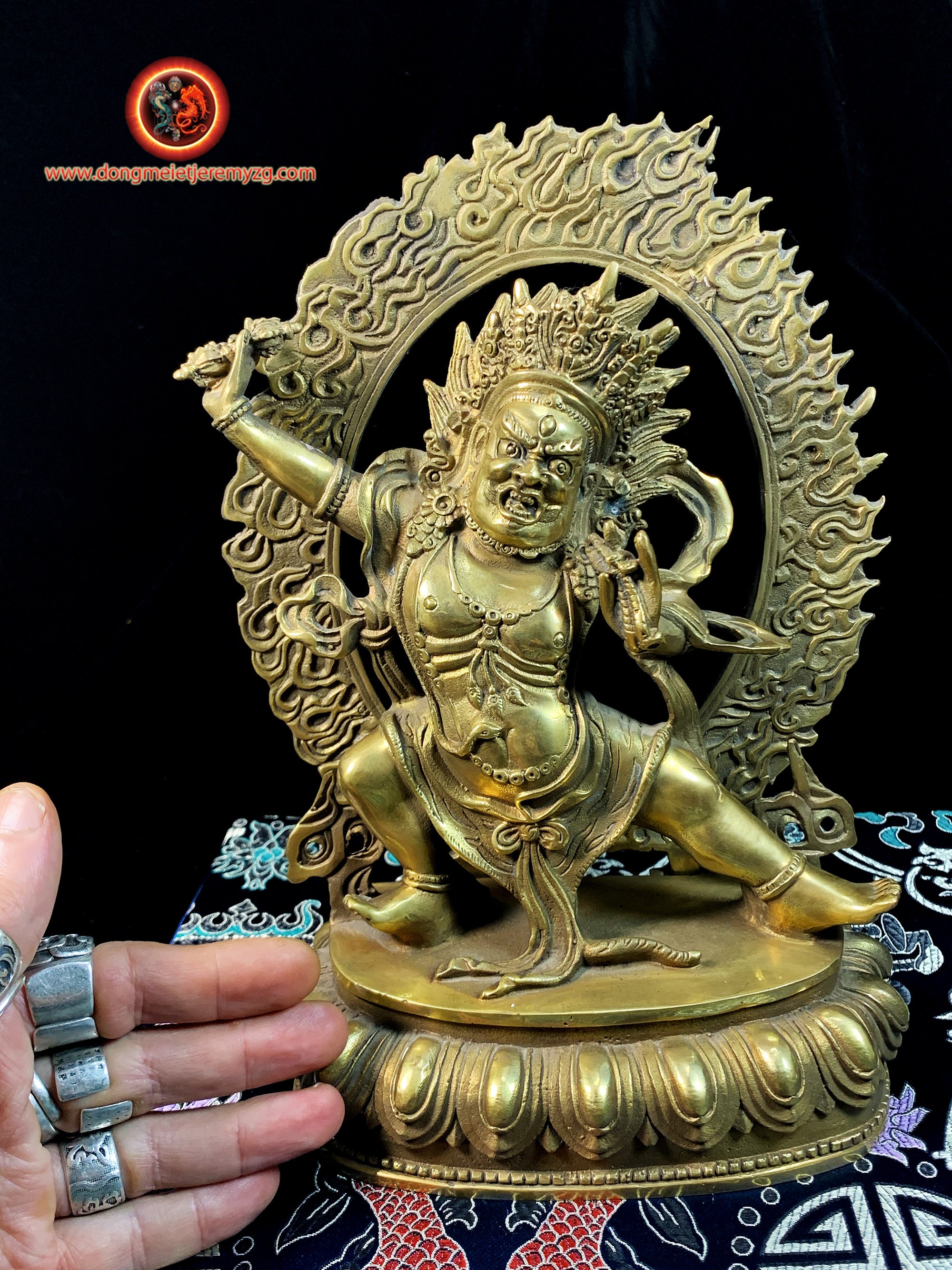 An opening on the back is made (6th photo) to put offerings and prayers inside during the blessing like all traditional Buddhist statuettes.

This statuette represents him in his Acharya form. manifestation of Vajrapani as Dharmapala, sporting a third eye, ghanta (bell) and pāśa (lasso).

Vajrapāni's expression is wrathful, to generate "fear in the individual to relax his dogmatism". His outstretched right hand brandishes a vajra, "symbolizing analytical knowledge (jñanavajra) that disintegrates the grasp of consciousness.
He wears a five-pointed bodhisattva crown to represent the power of the five Dhyani Buddhas (the fully awakened state of the Buddha).

Its neck is adorned with a snake necklace and its size with a tiger skin.
Walking to the right, his raised hand holds a vajra.