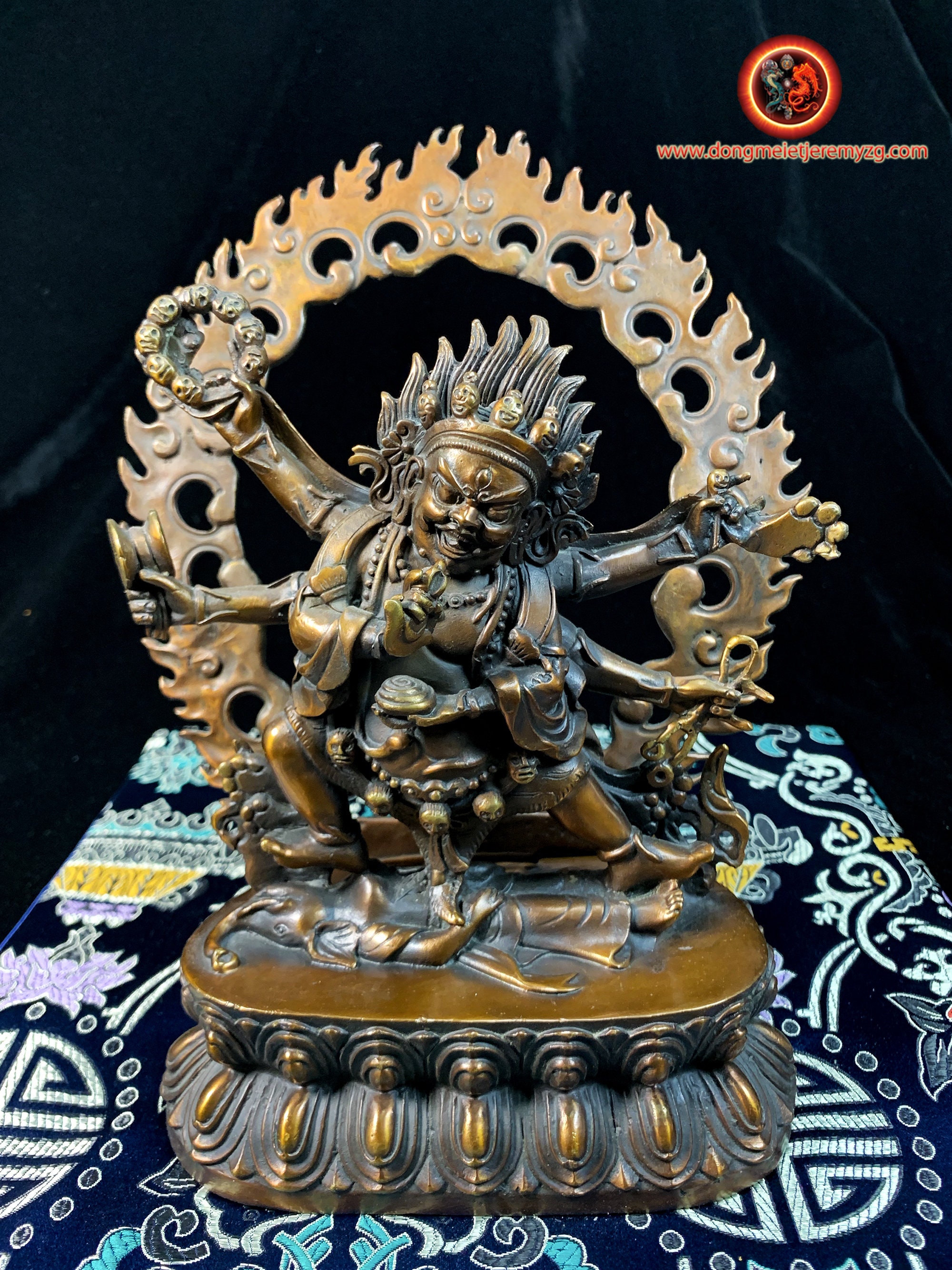 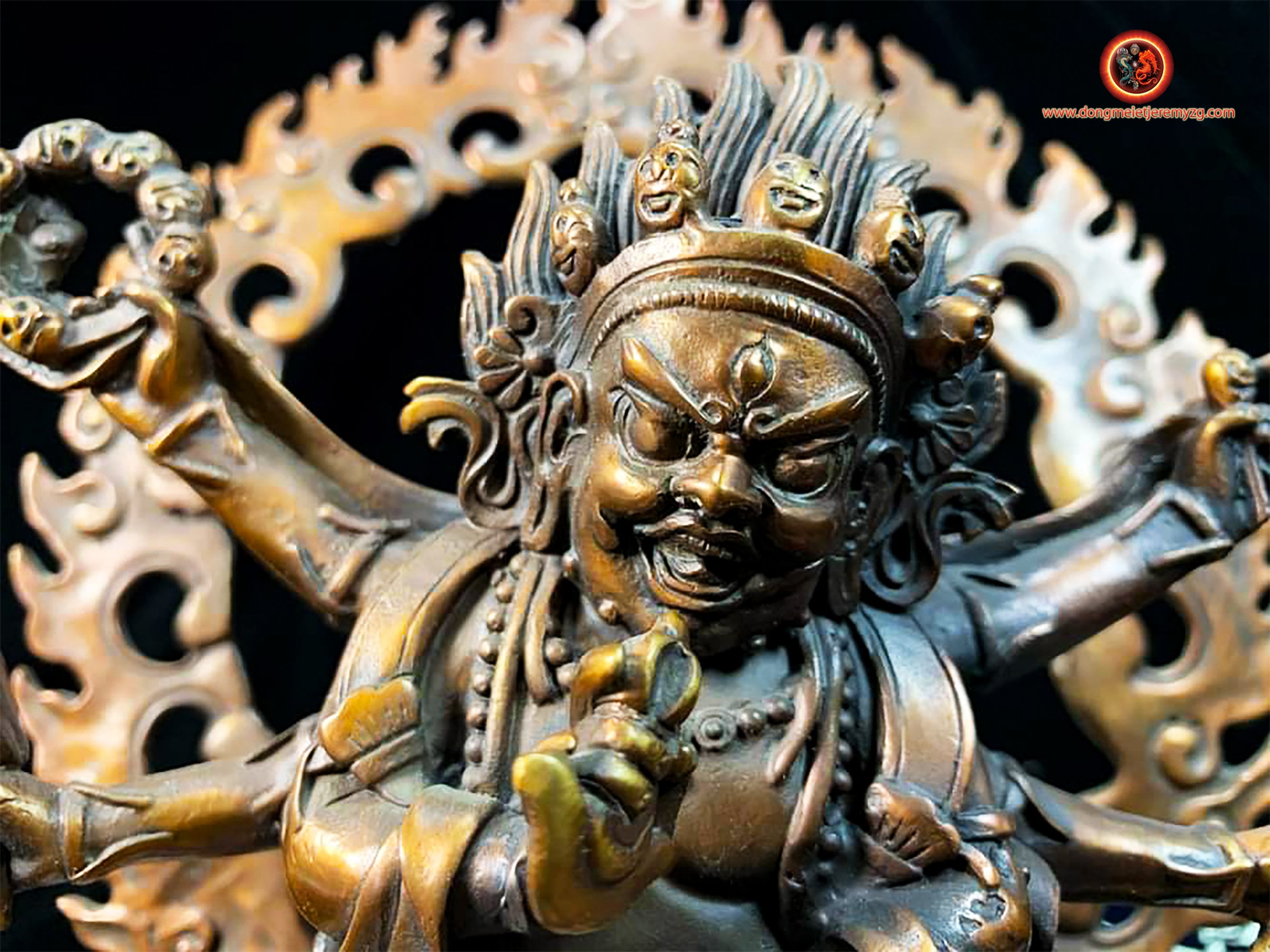 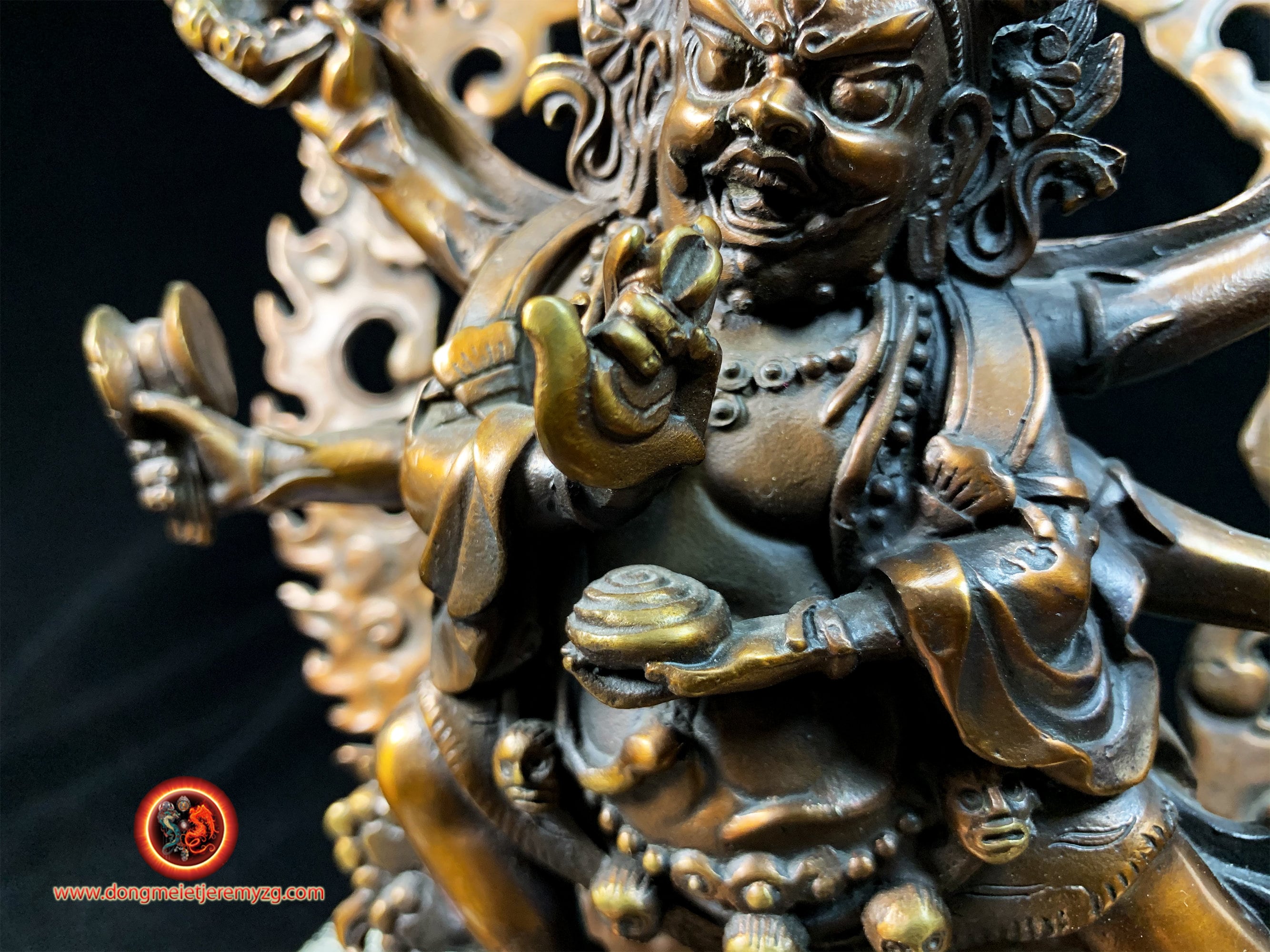 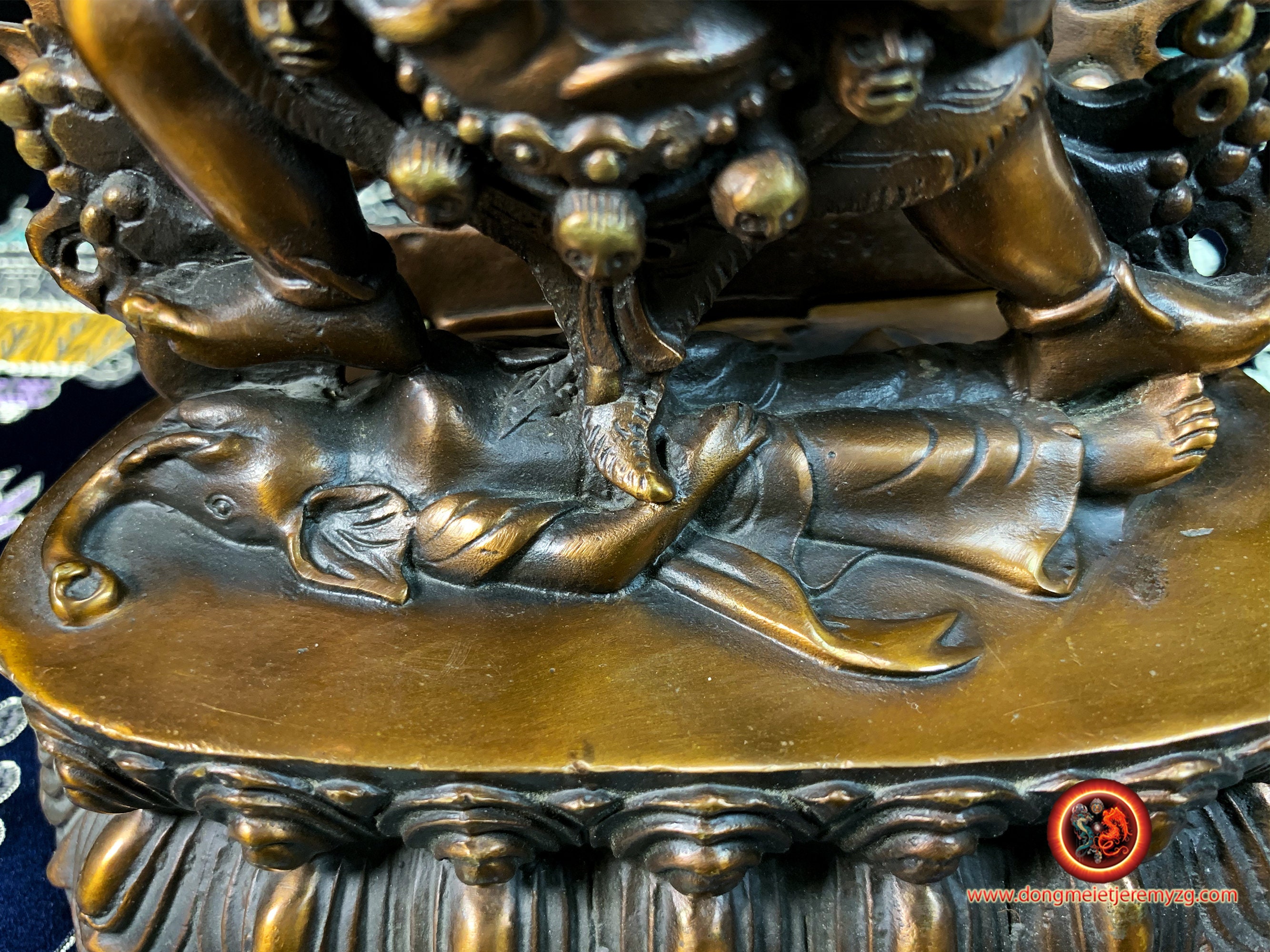 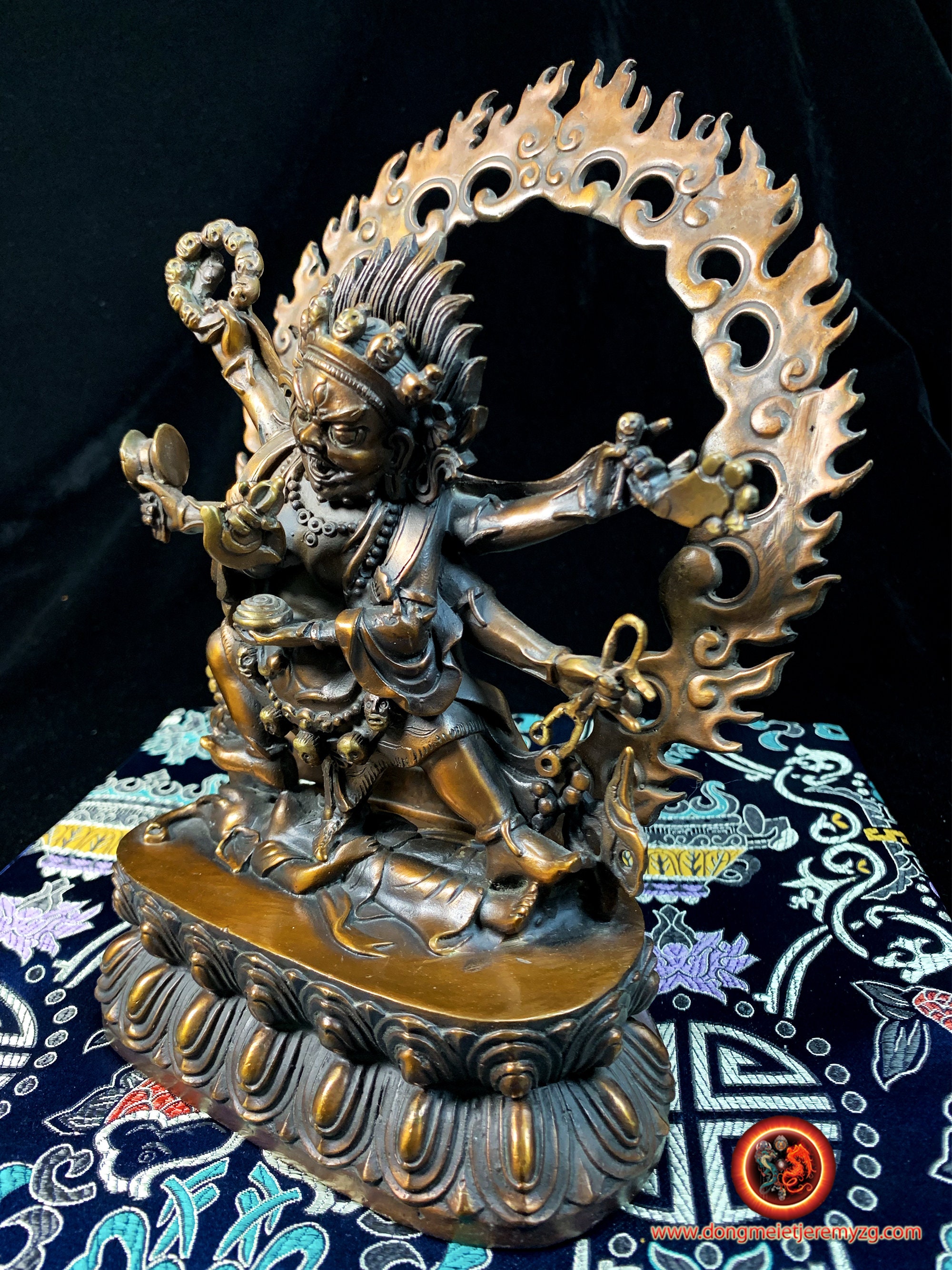 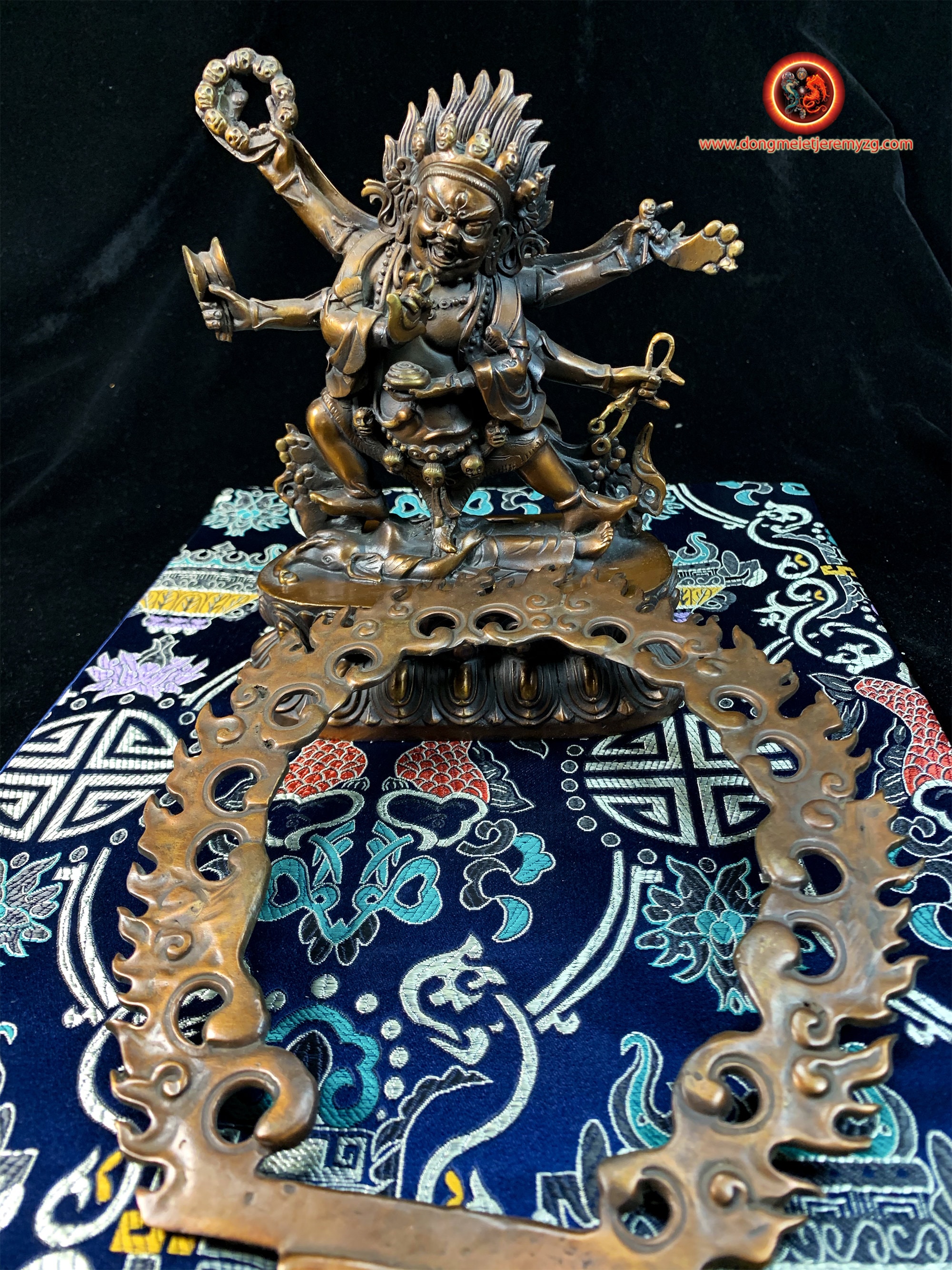 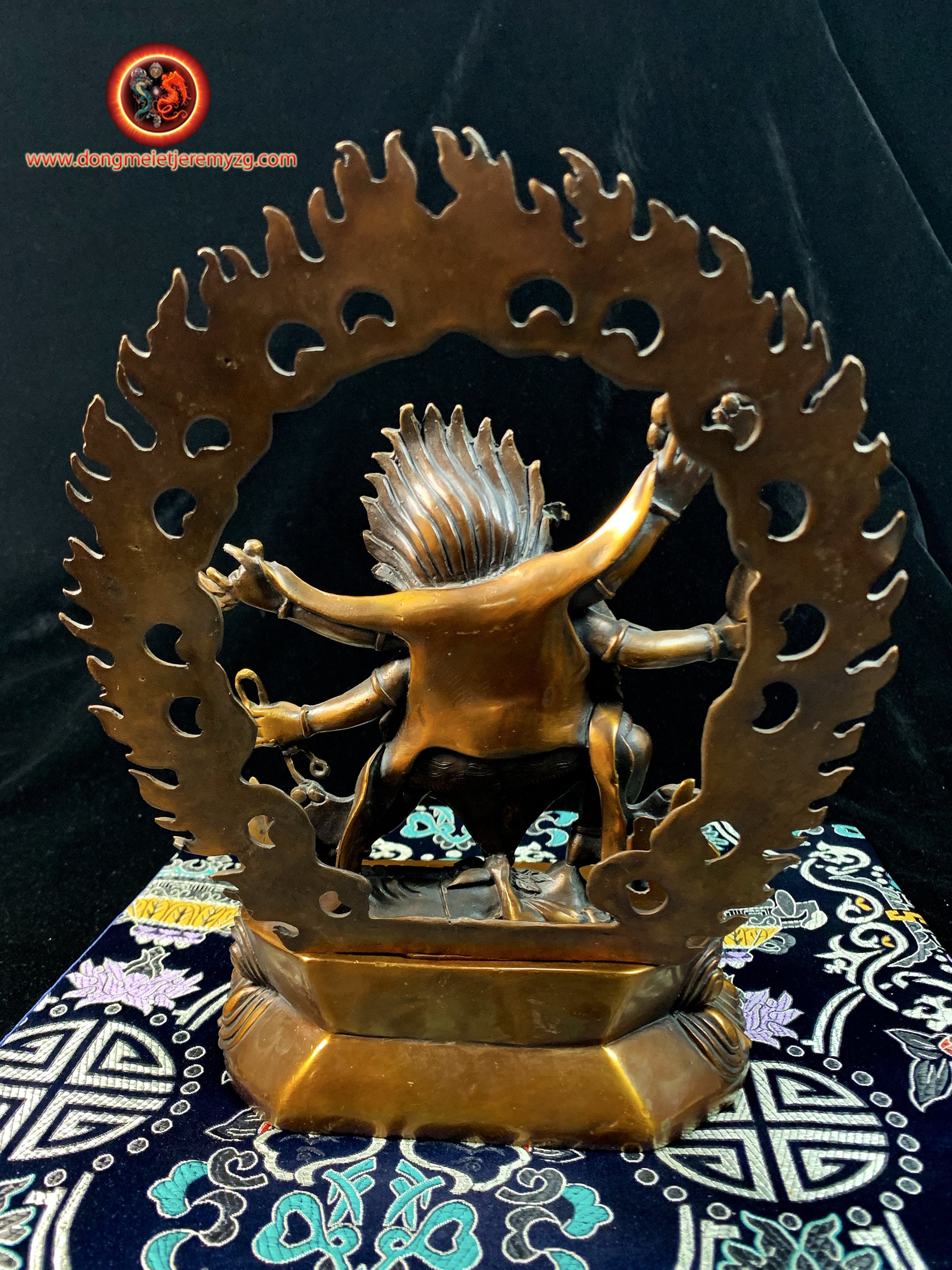 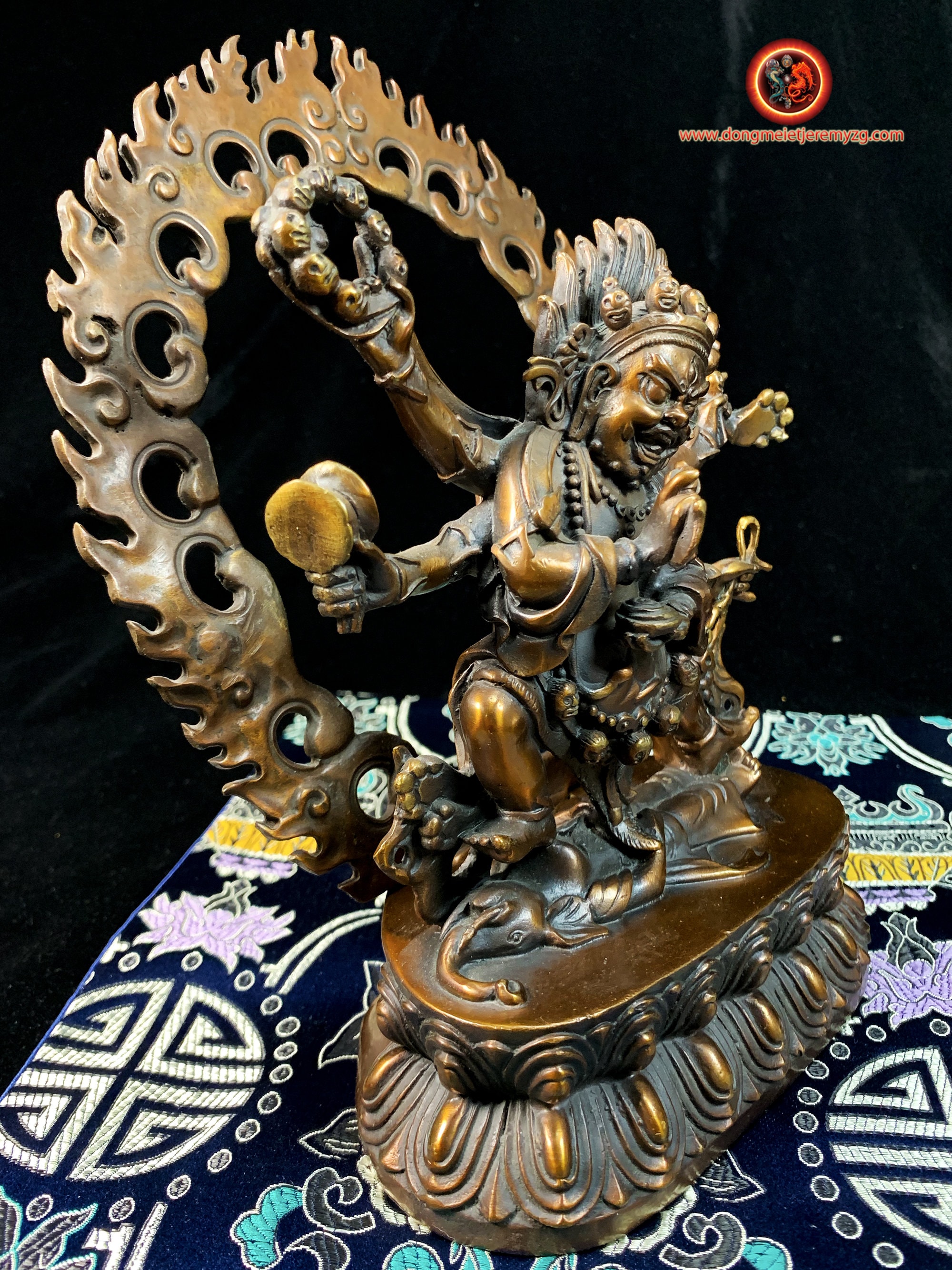 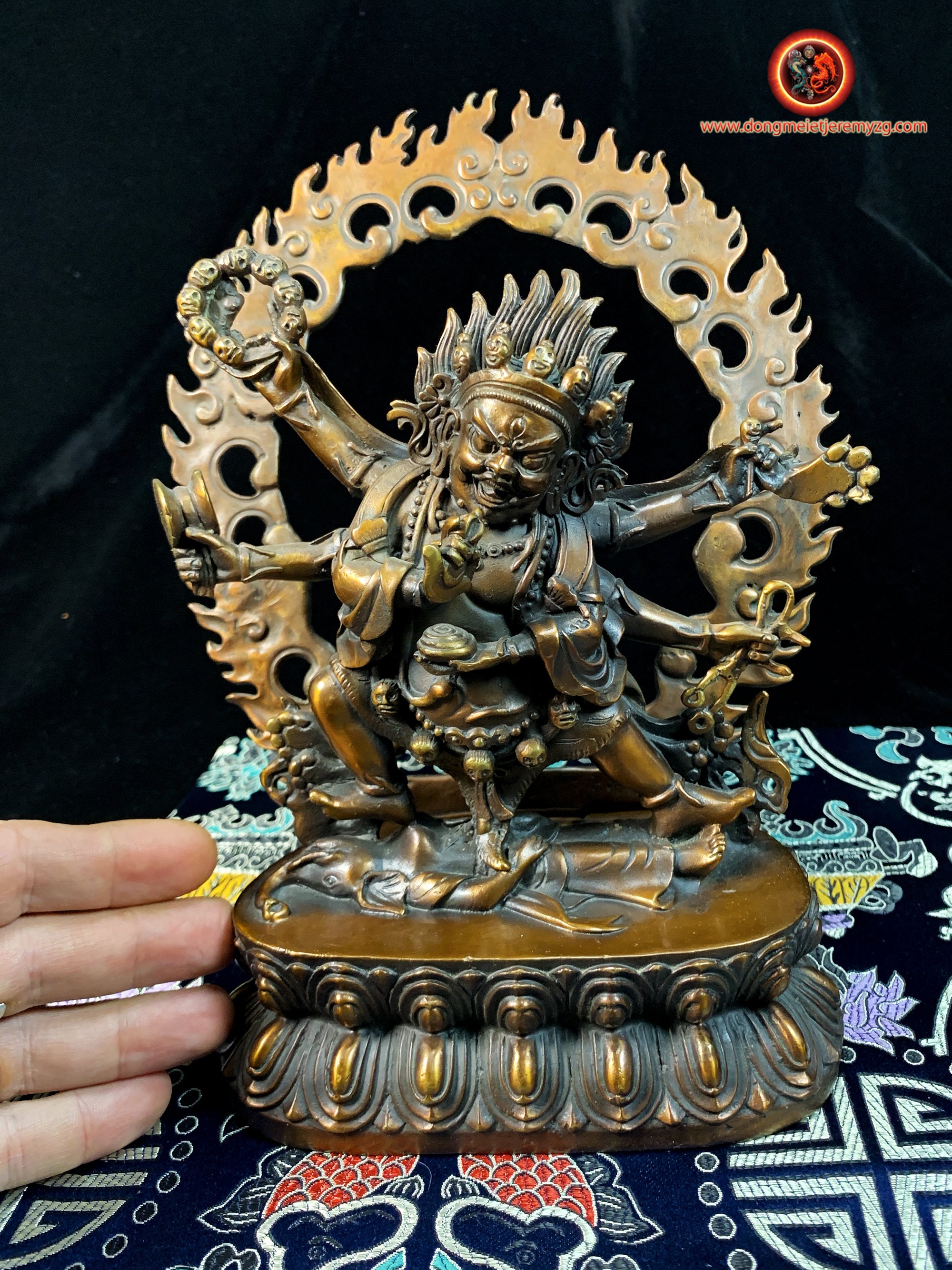 Called the "Great Black", Mahakala is peculiar to Tibet and is called Mong-po, and was accepted as a tutelary deity of Mongolia in the seventeenth century under the name of Yeke Gara, under Tibetan influence.

6-armed Mahakala (mGon-po phyag-drug-pa): Protector of the Mongols, emanation of Avalokitesvara, important protector of the Shangpa Kagyü sect whose practice was initiated in Tibet by Khyoungpo Neldjor, and later introduced to the Gelugpa.

He is depicted standing on Ganesh, brandishing with his right hands a mala composed of skulls and a damaru, in those on the left a trident, a lasso, the last two hands in front of him holding on the right a curved blade (kartika) and on the left a skull cup (kapala).