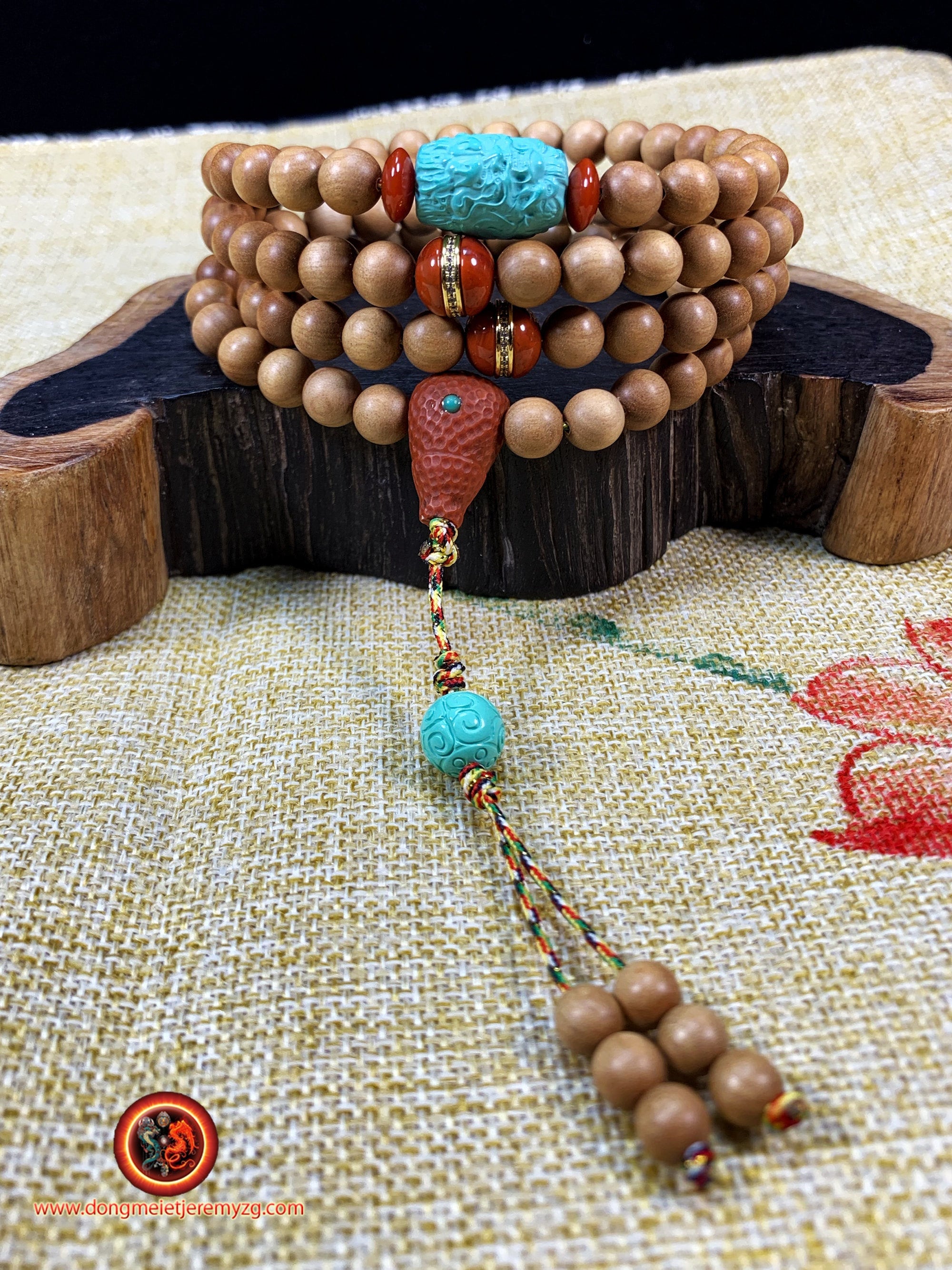 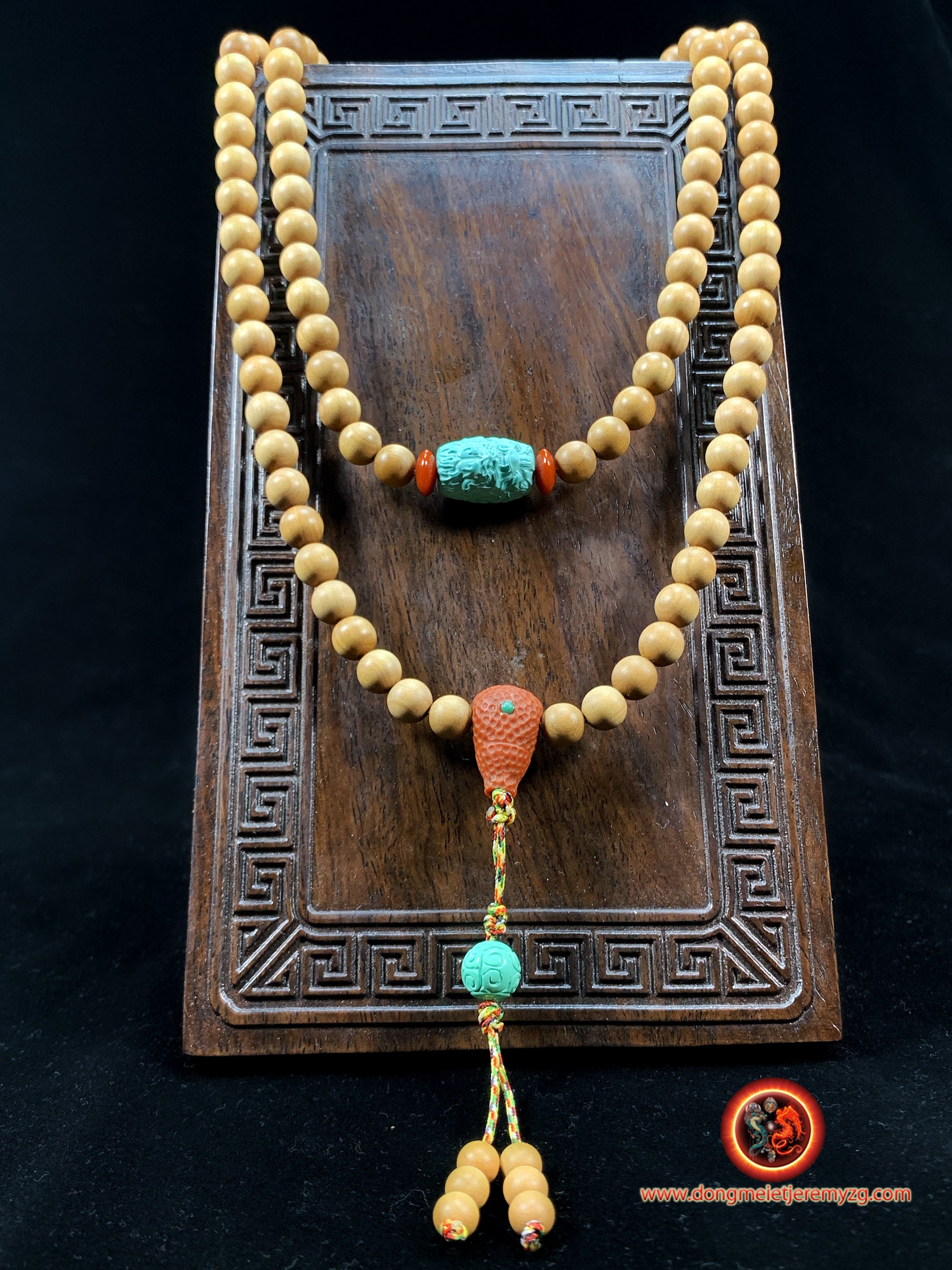 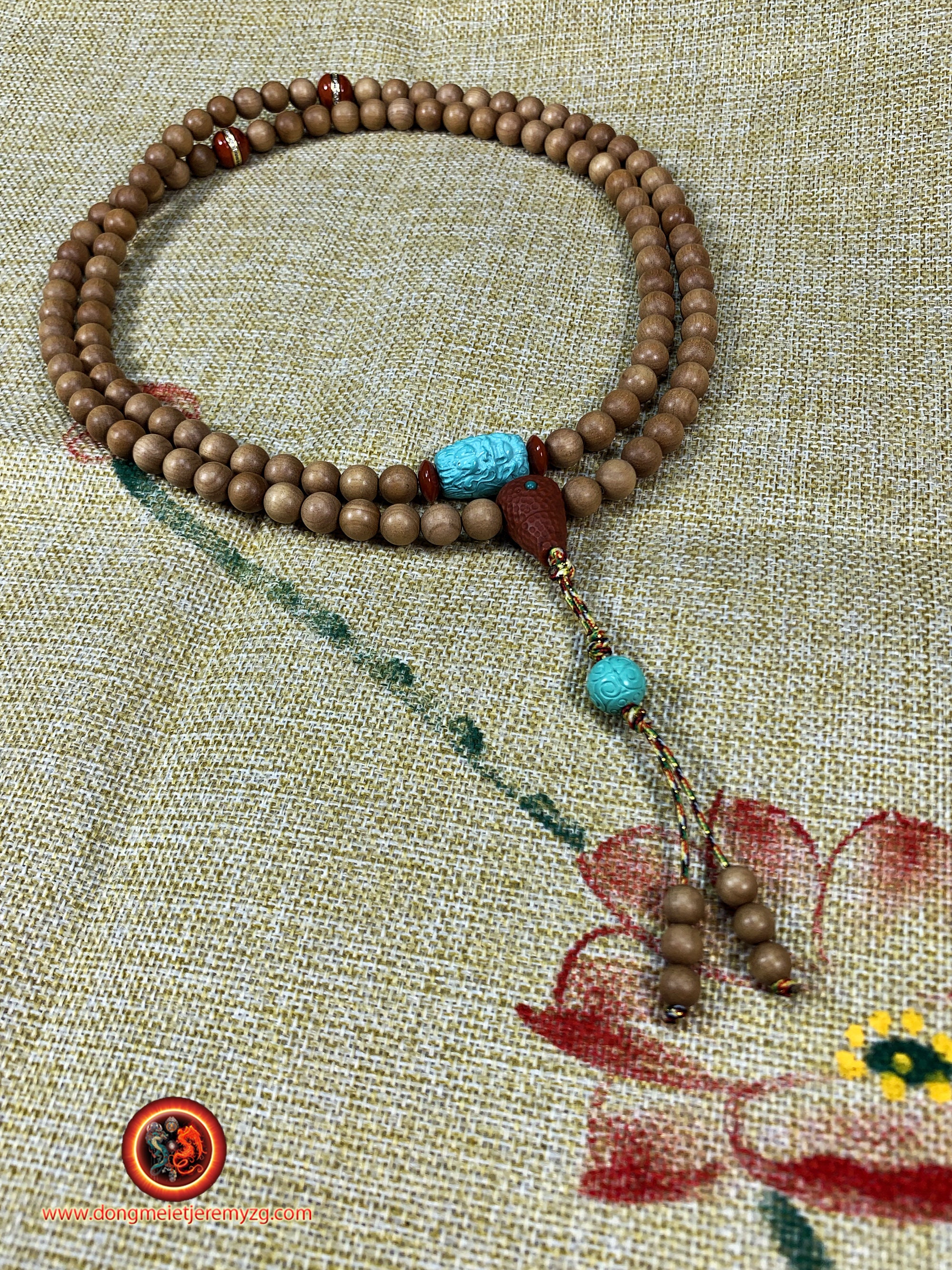 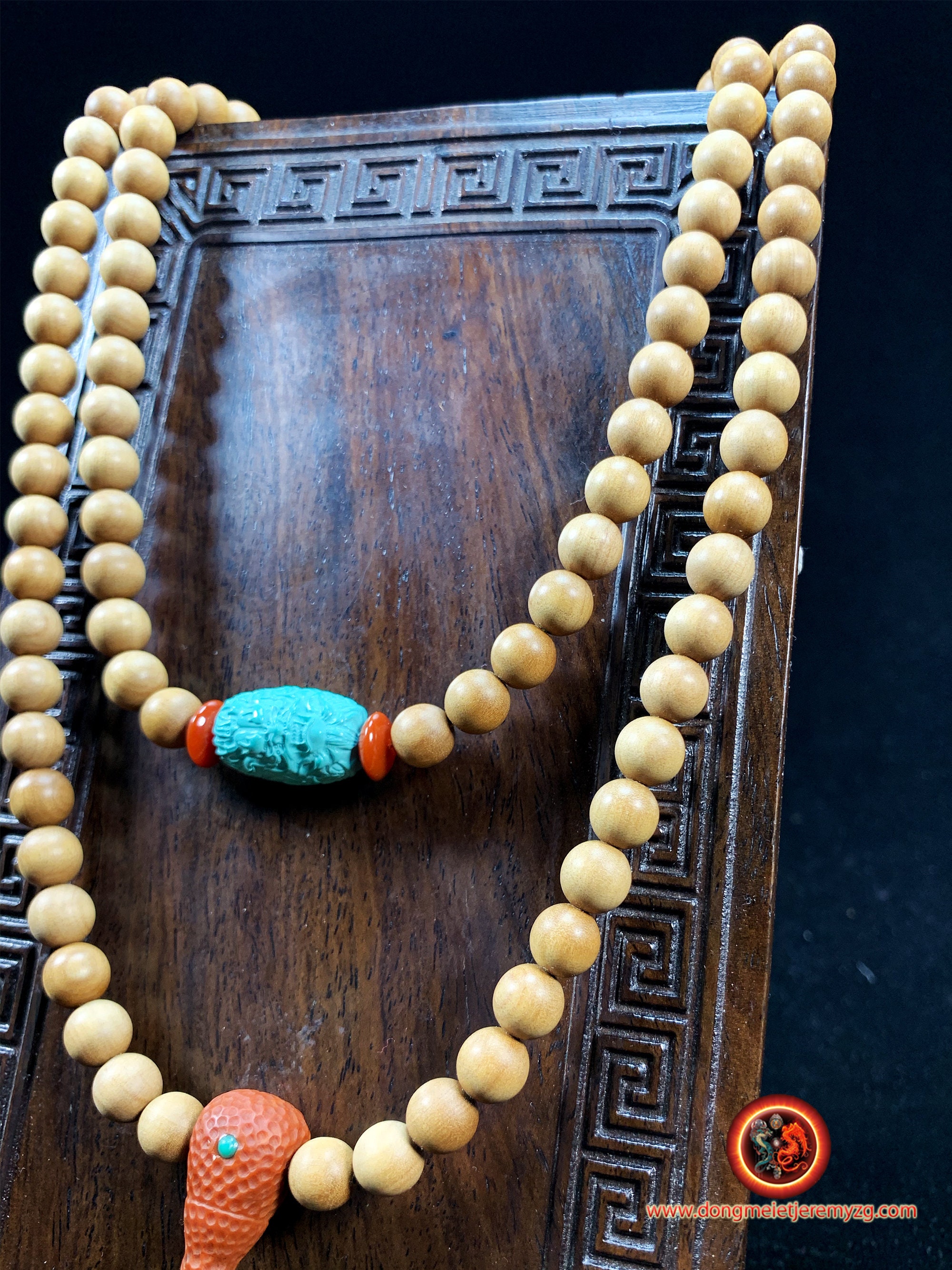 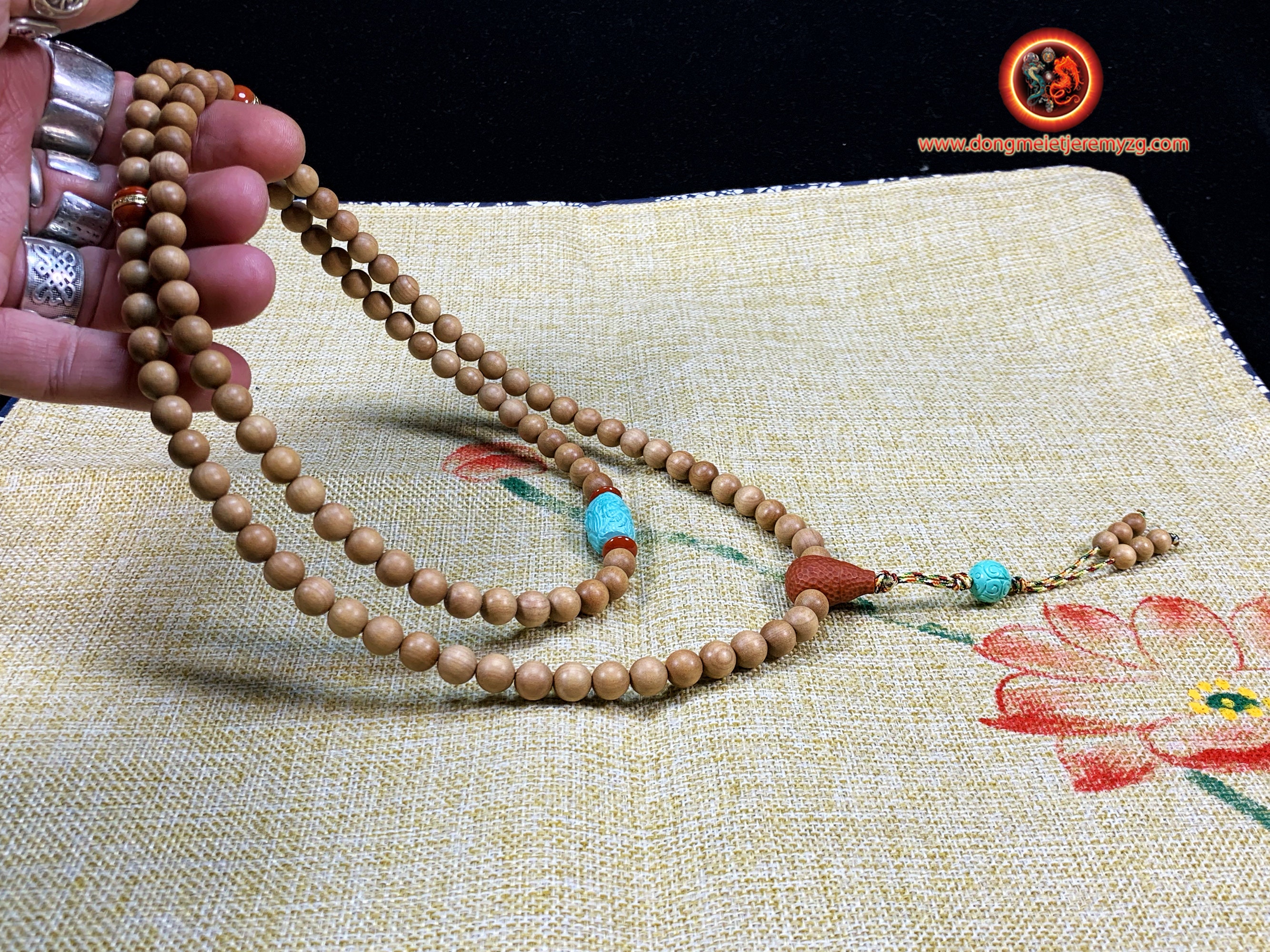 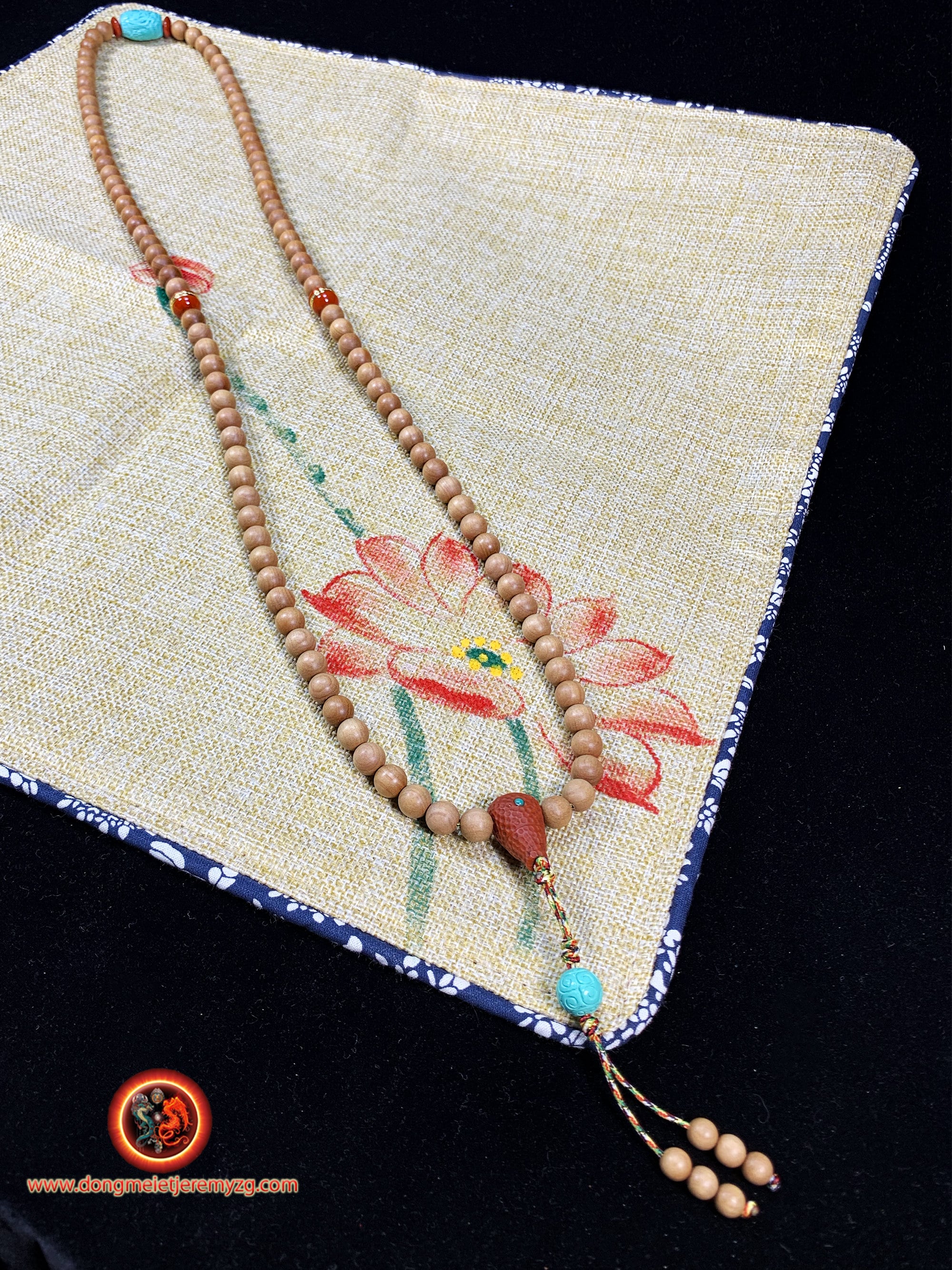 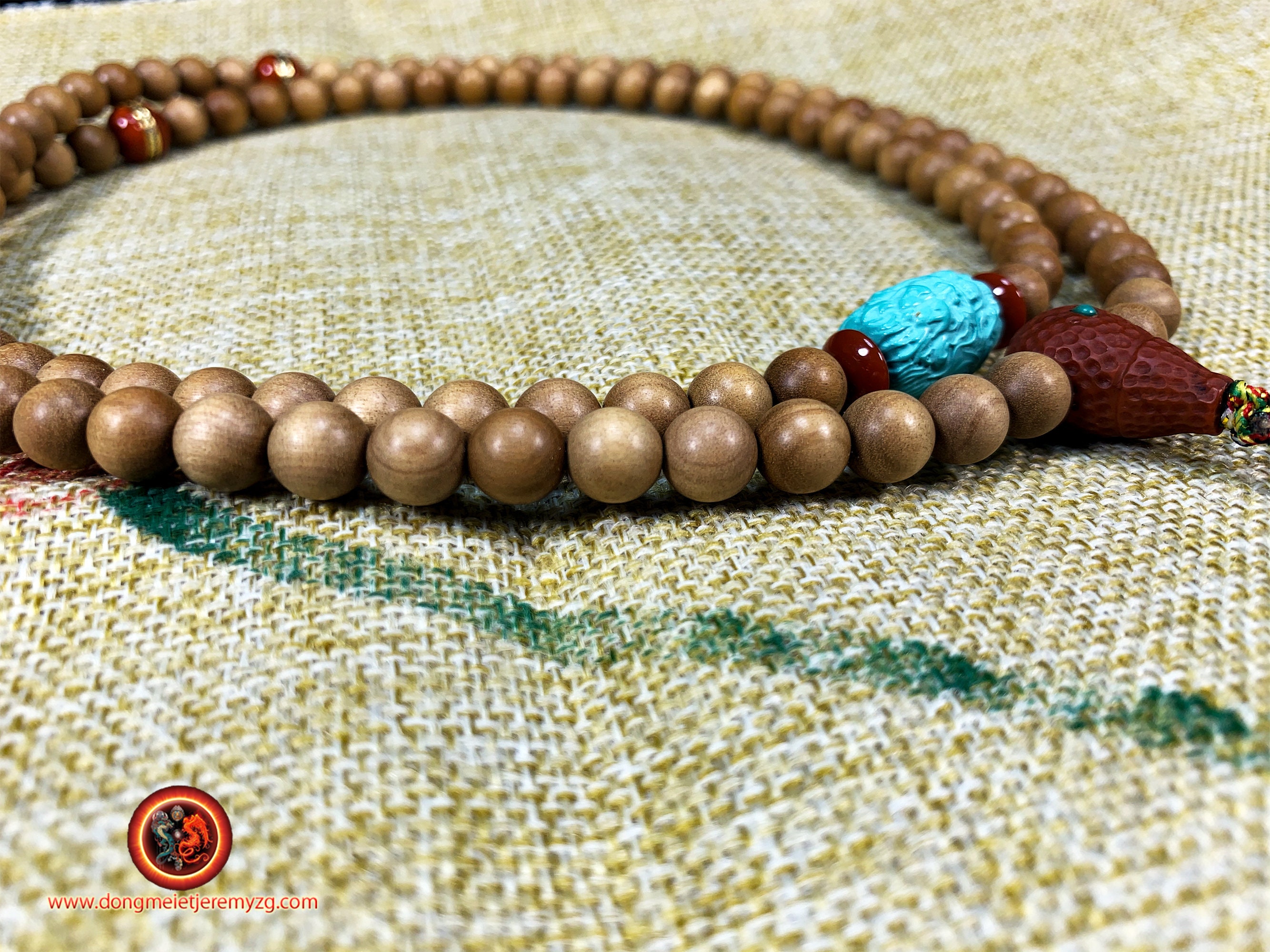 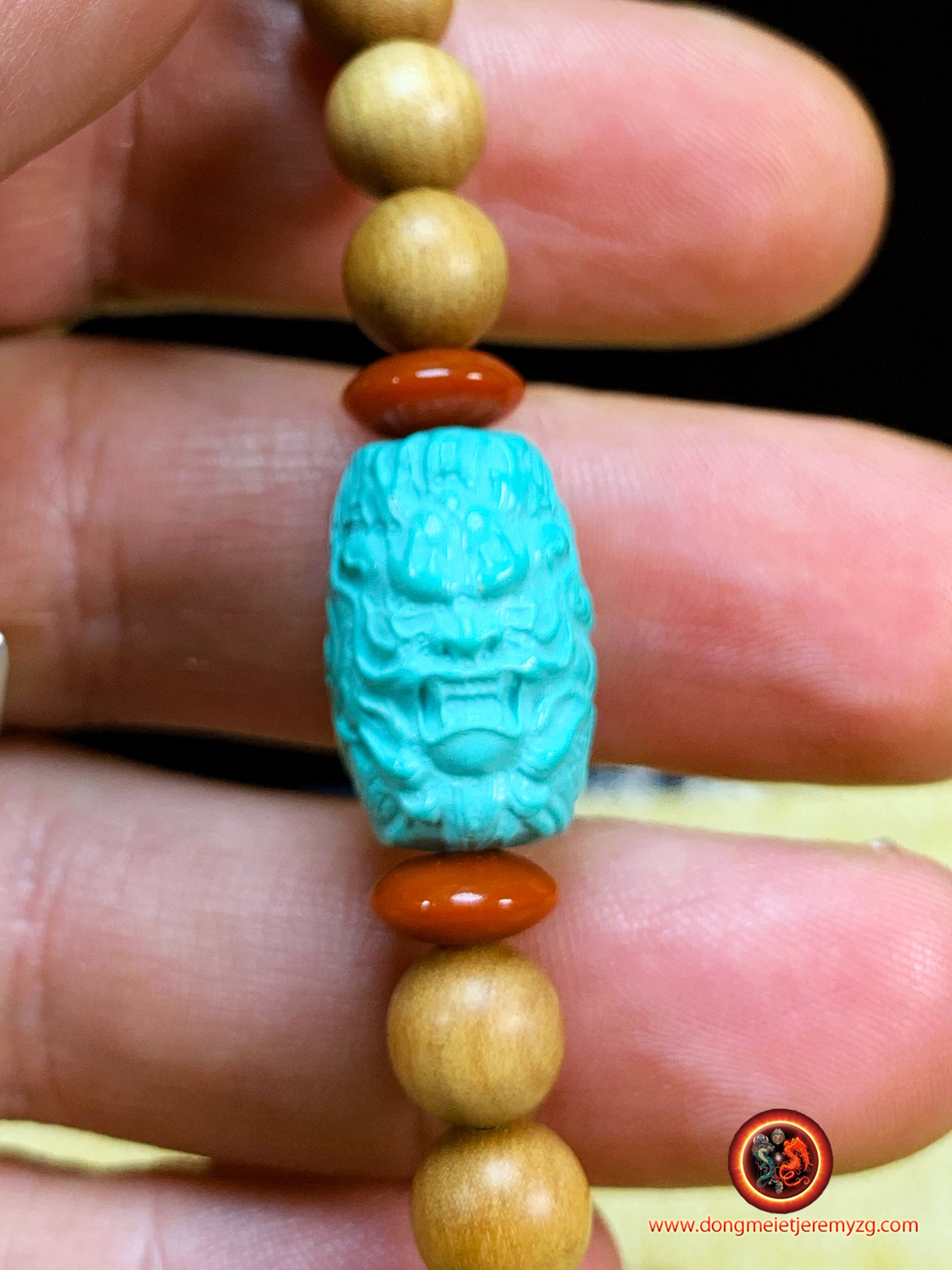 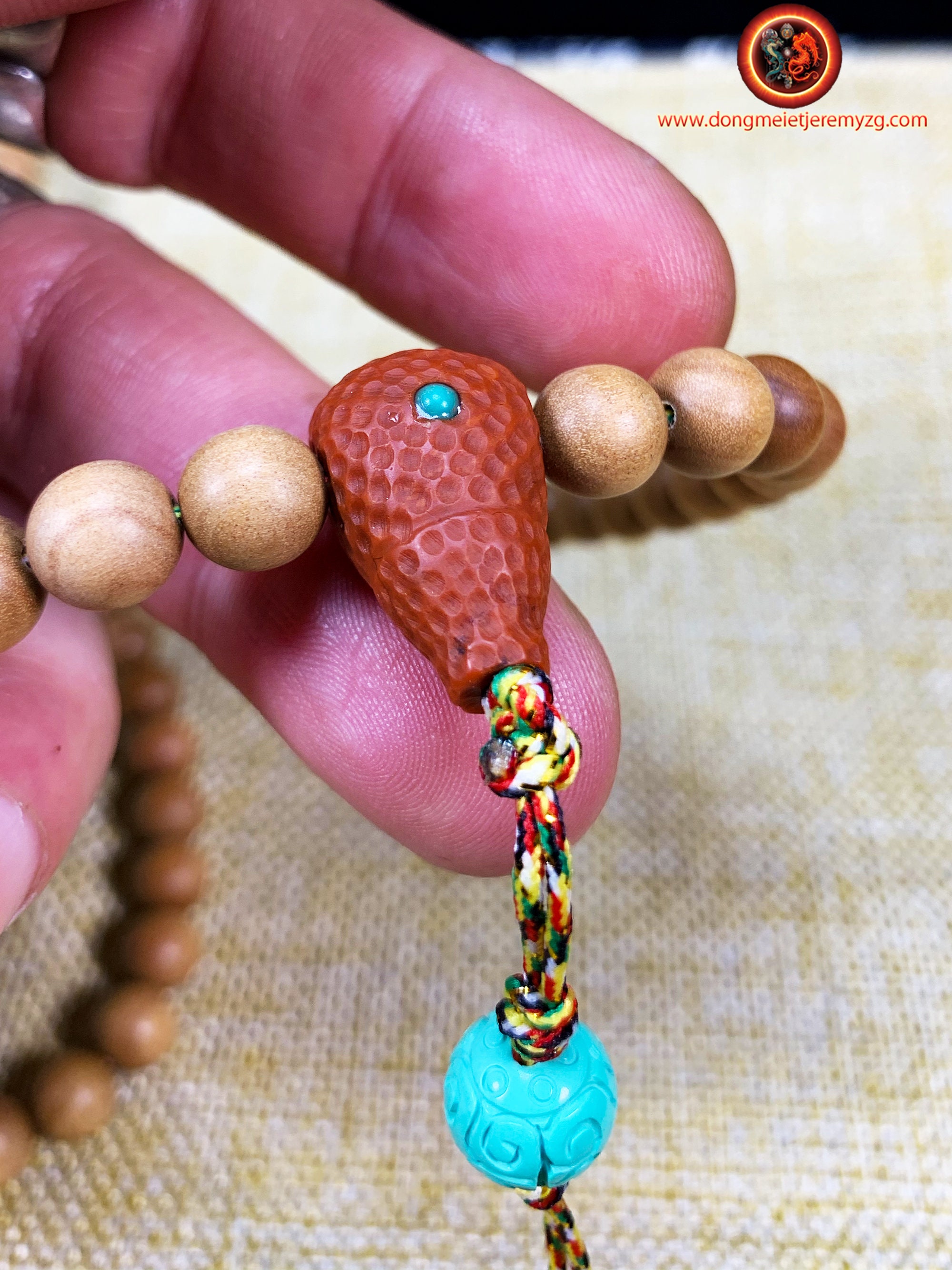 
108 high quality sandalwood beads called Laoshan, collectible sandalwood become rare.
The Indian sandalwood (S. album) is now very rare and therefore very expensive. Sandalwood from the Mysore region of South India is considered the best quality available. New plantations have been set up with the help of the international community in Tamil Nadu.
It is distinguished from other sandalwoods by its characteristic fragrance that persists over time, and the quality of its wood.
8mm pearls

Turquoise of the hand-carved dragon Hubei
In Buddhism, the Dragon is the vehicle of Vairocana, the white Buddha sitting in the east (or center). Its dragon-backed throne probably derives from the Chinese imperial throne. The Turquoise Dragon is the mount of a large number of protective deities, treasure keepers and rain and storm gods. As guardians of treasures, the Sino-Tibetan Dragons are the counterparts of the Indian nagas. The Tibetan term druk (tib.brug) means both "dragon" and "thunder." Bhutan, a Buddhist kingdom, is called Druk Yul (Land of the Dragon). Its inhabitants, the drukpas, take their name from the spiritual lineage Drukpa kagyu, native to Tibet. This lineage was established by the wise Tsangpa Gyaré who, having once observed nine dragons disappear in the sky near Gyantsé, decided to establish the monastery of Ralung. In Tibetan Buddhism, the rise to heaven of a group of Dragons is an auspicious sign.