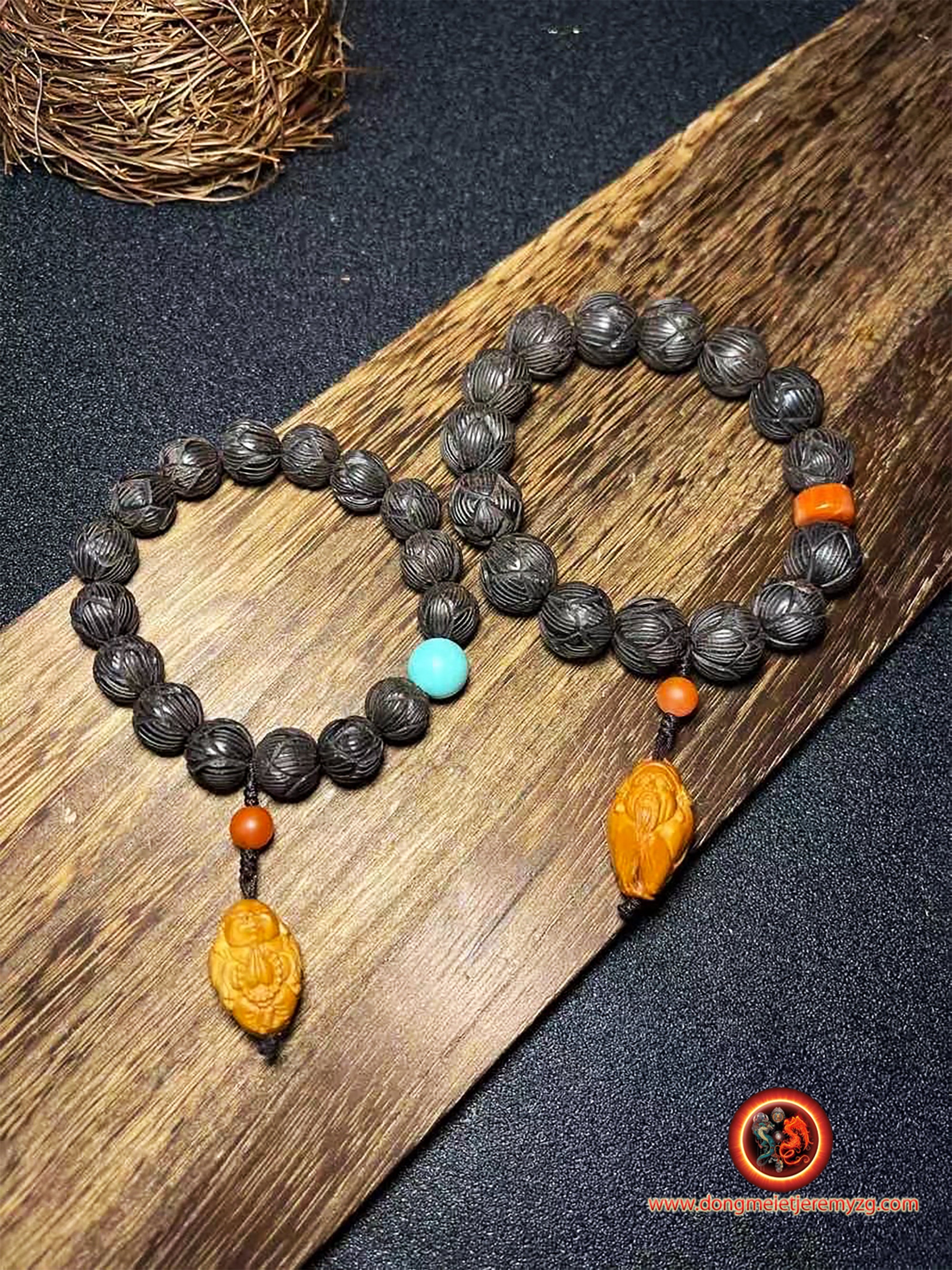 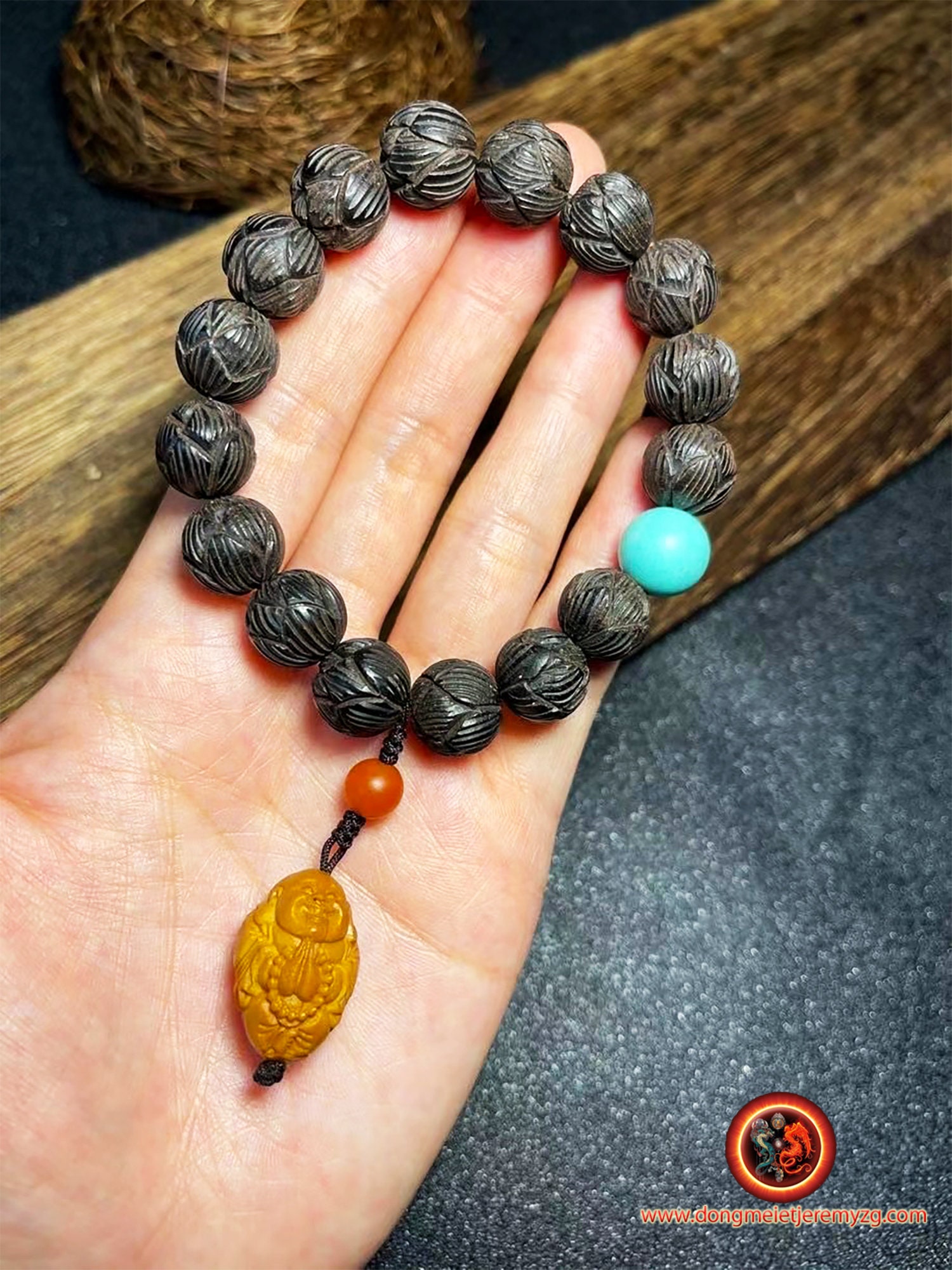 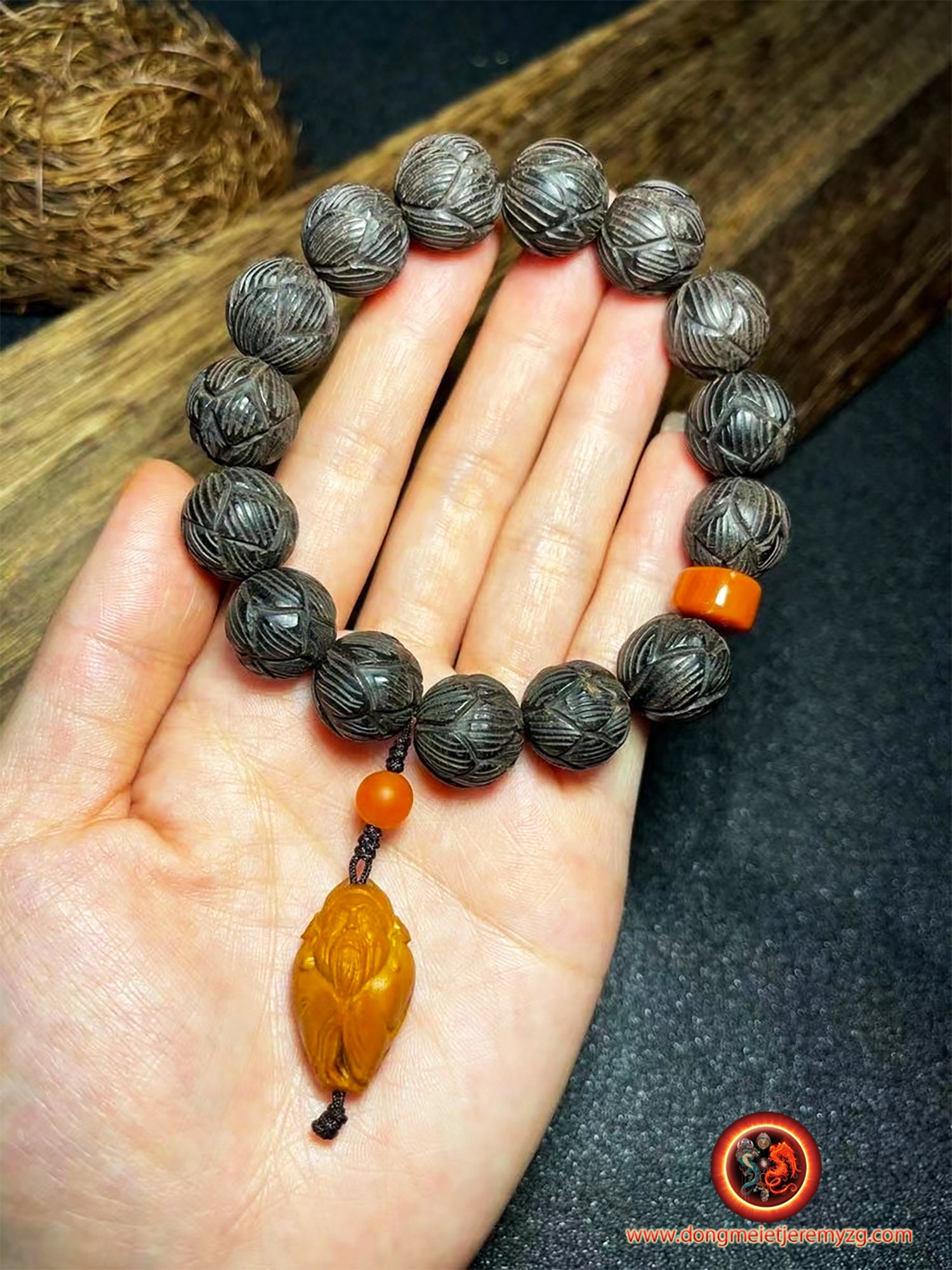 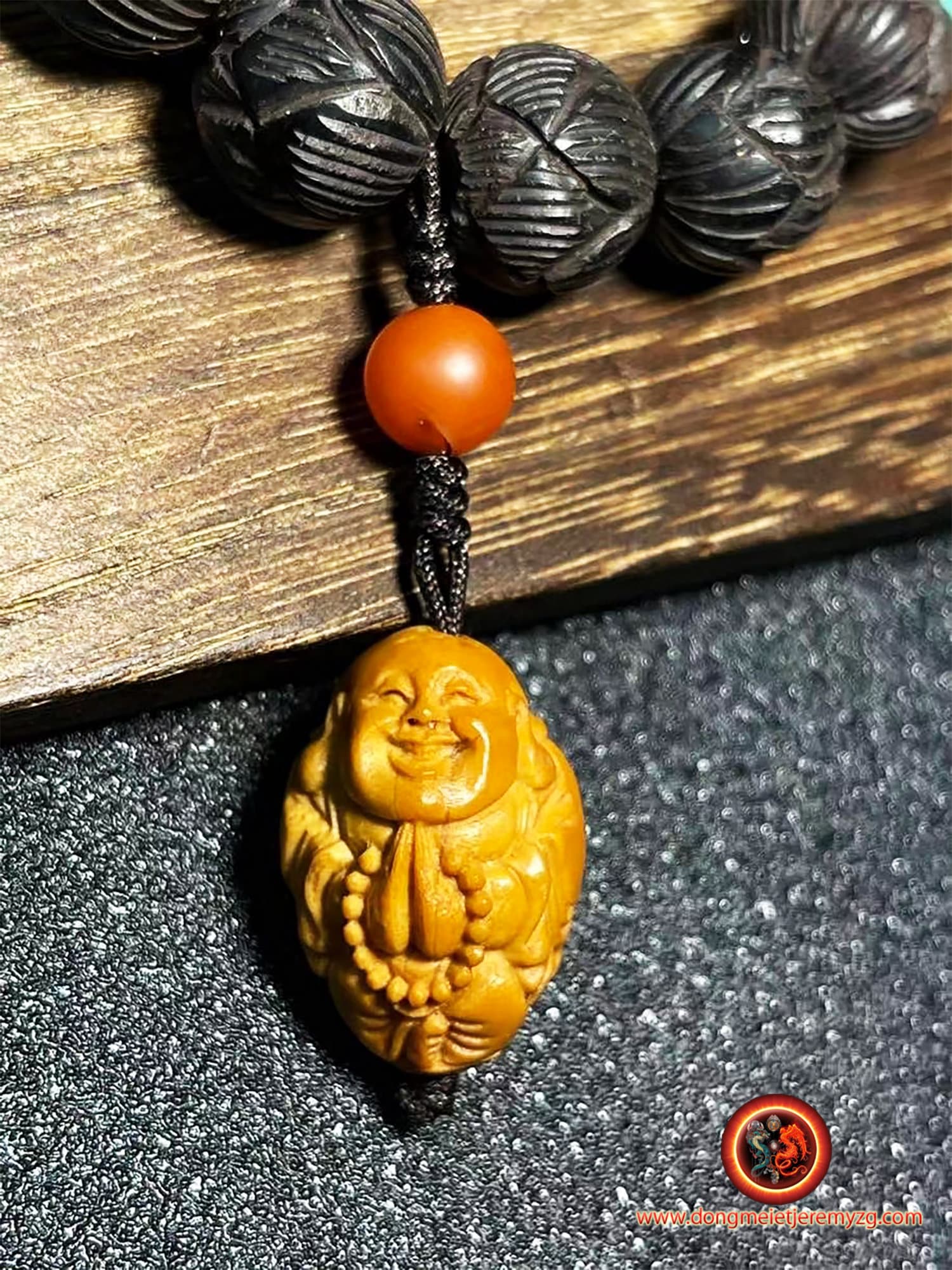 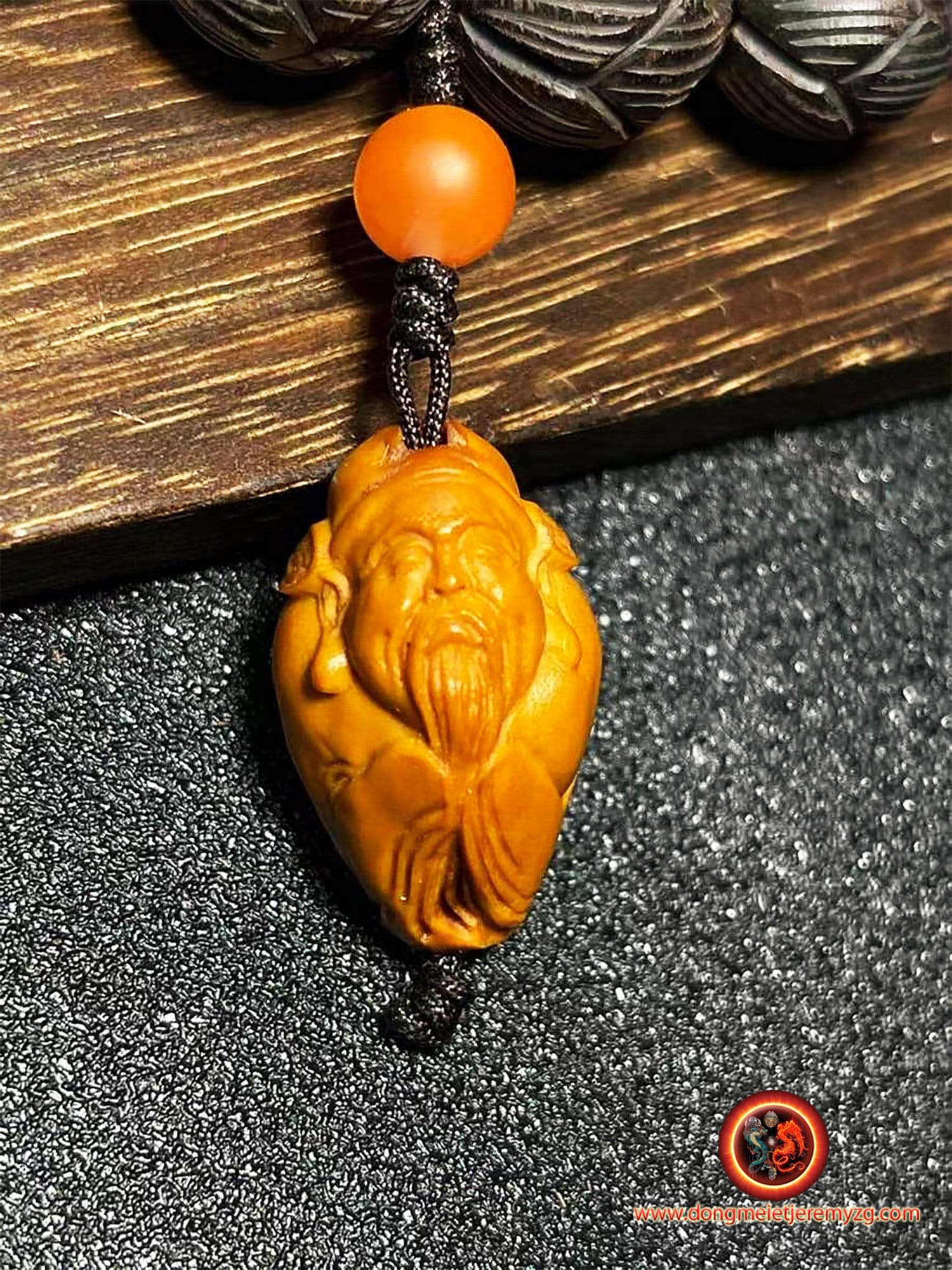 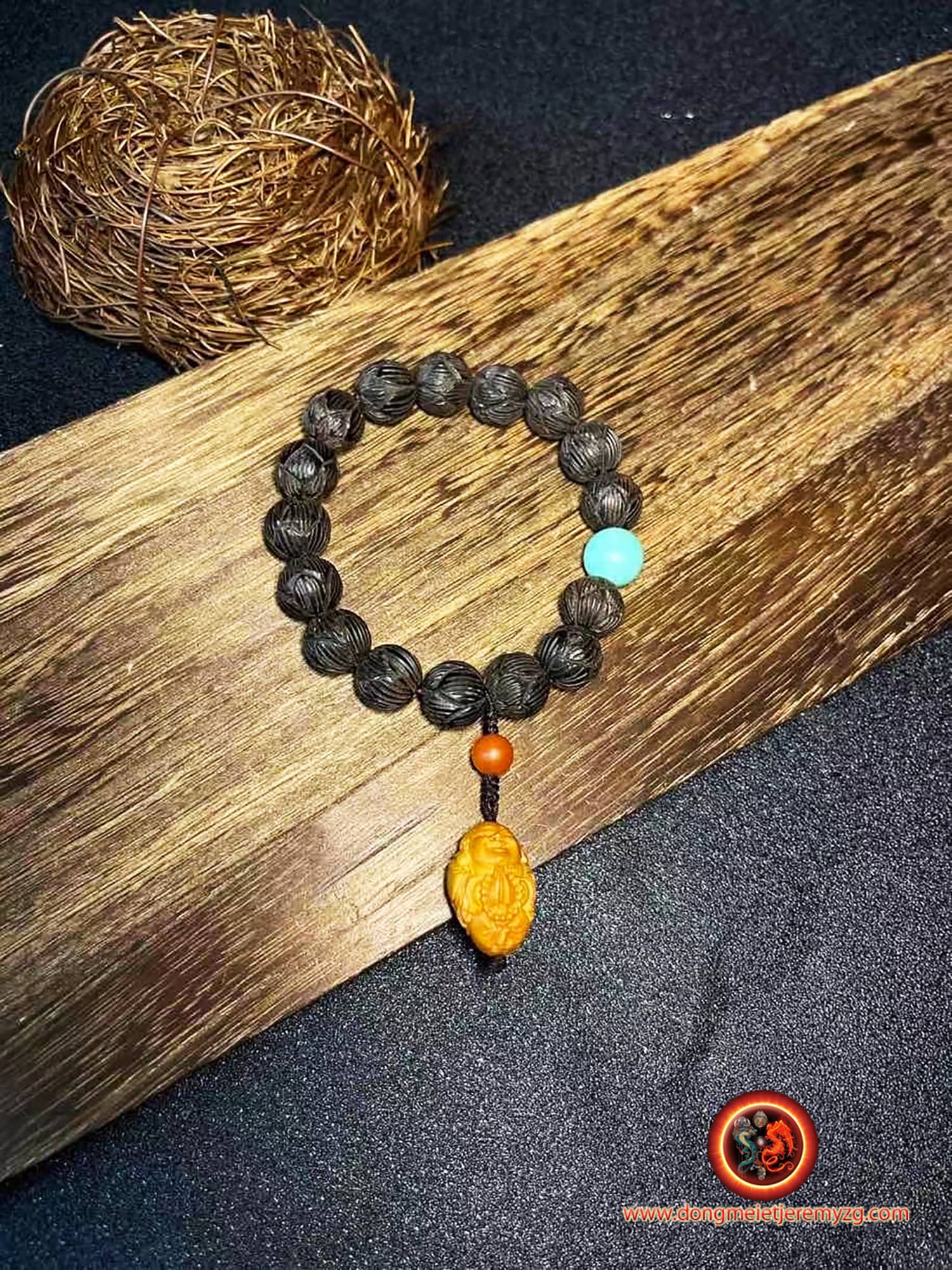 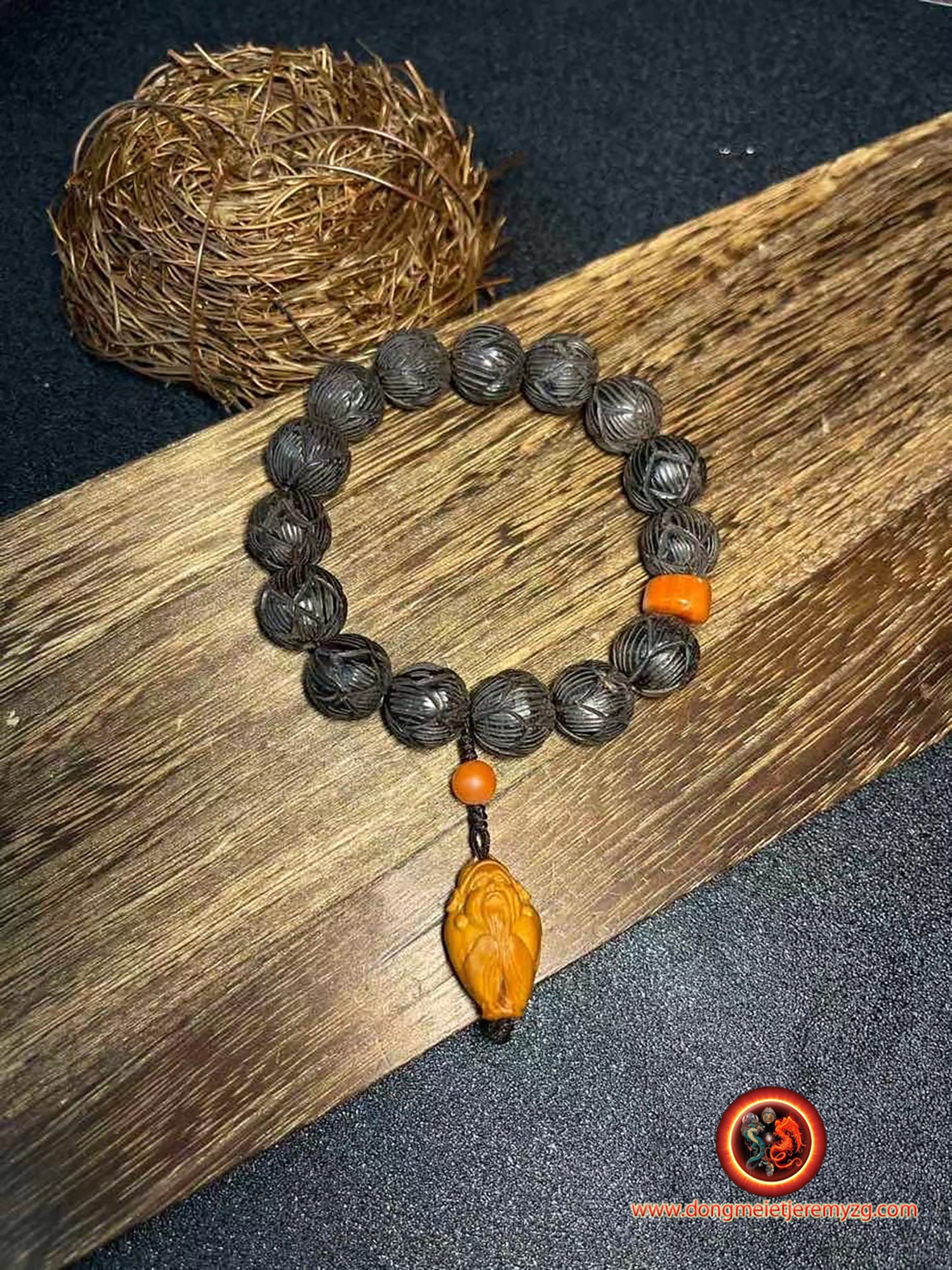 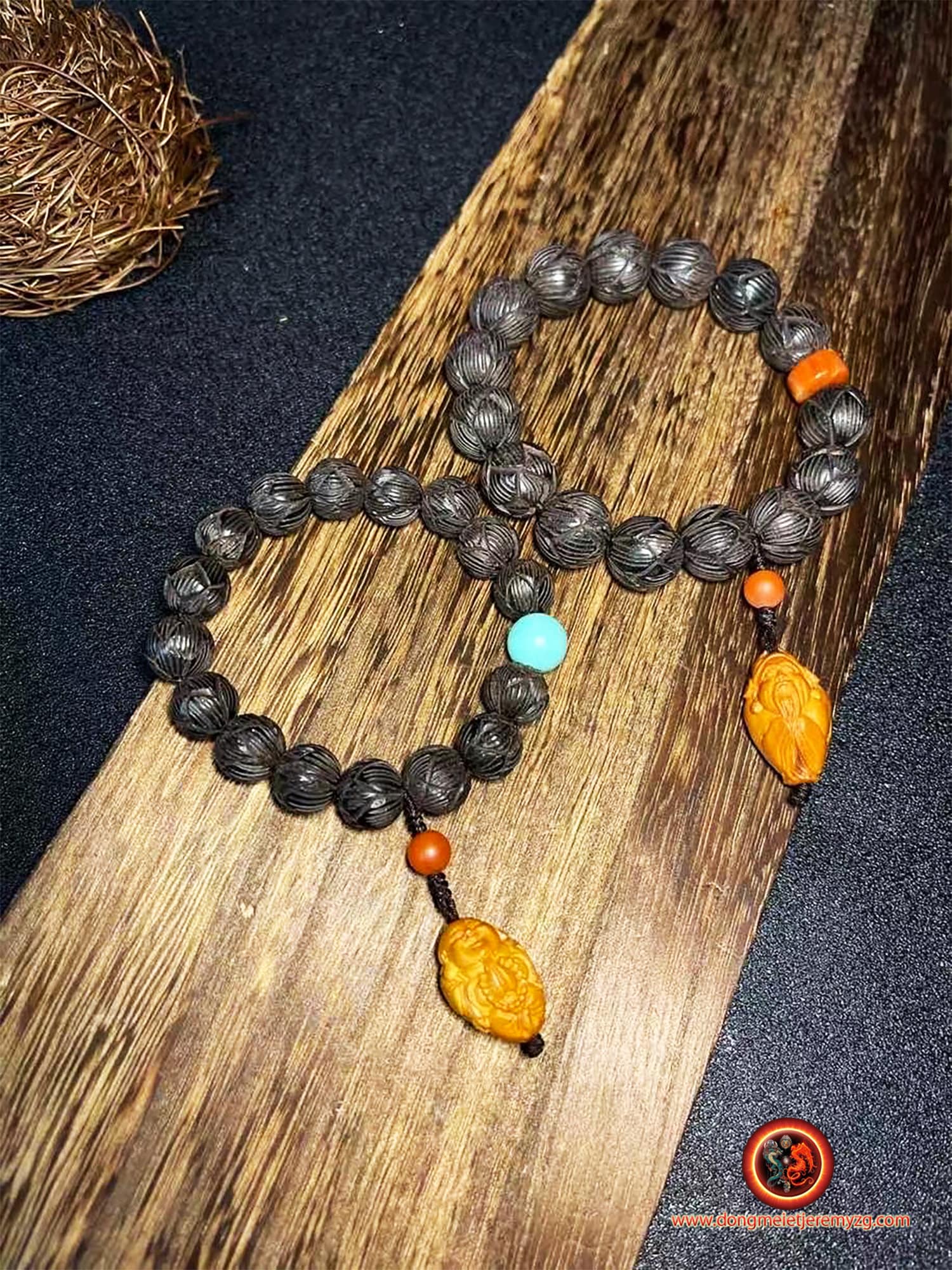 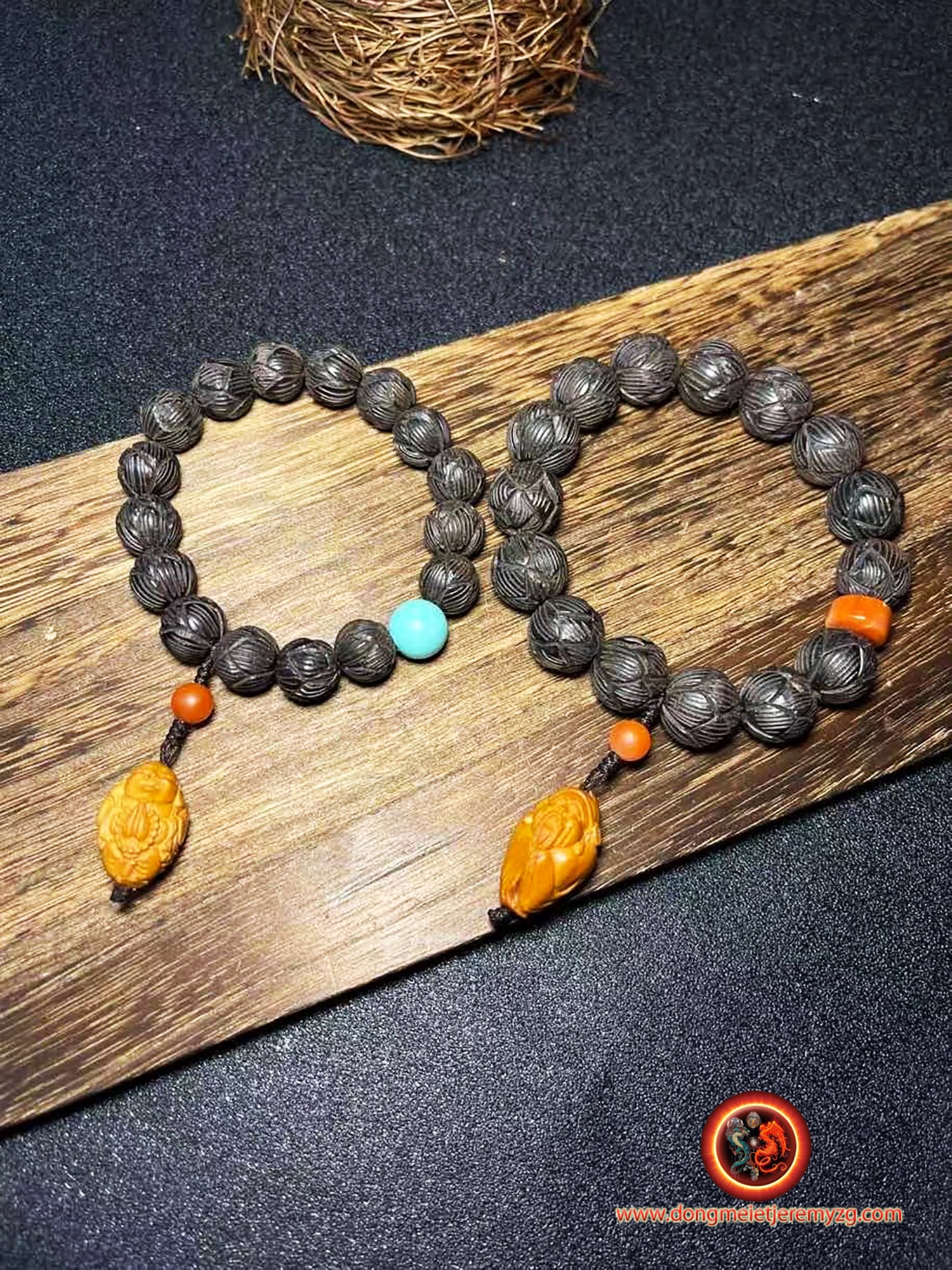 Mounted by us on ultra-resistant Korean stretch cord without the risk of long-term breakage.

Milofo (chin.)/ Hotei (jap.)/ or Budai (chin.) (literally canvas bag), Kalki in Hindi, Miruk in Korean, Maidari in Mongolian, Byams-pa or Chem-pa in Tibetan. also known as Luohan (罗汉, Luhàn, "Arhat"), as he would have reached this stage.
It is the first statue of a temple, located in the middle of the first building.
He is one of the most famous historical figures in Europe. This is the monk Qici, a Ch'an monk, born in Fenghua in Zhejiang Province during the Liang dynasty after the 10th century.
Considered in Mahayana as an incarnation of the Buddha of the future Maitreya.
He is often depicted bald, ears with very long lobes (sign of high spirituality) smiling, with a huge belly, stomach being the seat of the mind, this protruding belly being uen allegory of his big heart. He holds a mala in his right hand leaning on a large bag.
Her full stomach and smile are a guarantee of happiness and prosperity, as well as her bag, which is claimed to be inexhaustible.
The story goes that the children's broken toys were taken to repair them, which is why he can be represented with little ones all around him.
Milefo is said to have died in meditation at the Yuelin Temple, in his home province, in 916, uttering these words: "This Maitreya is the true Maitreya, it is present in billions of forms; he shows himself constantly, but no one recognizes him. ». he was claimed to have been seen after his death, and pious images of the representative began to circulate.
He is taken up in Taoism as the god of contentment and abundance. Incorporated into the Japanese Shinto pantheon as one of the 7 deities of happiness

He xian carrying a lotus flower.

There are a number of legendary tales behind these two celestial beings, among them there is one concerning the two monks living an isolated life in the Mountain Tiantai under the Tang Dynasty under the name of Hanshan and Shide and no one knows about where. The story is based on the Poems of Hanshan and Shide composed by Lv Qiuyin. They were officially canonized as the God of Harmony and the God of the Good Union during the first year of Yongzheng's reign under the Qing Dynasty.

They are widely regarded as gods who bless the love between husband and wife.