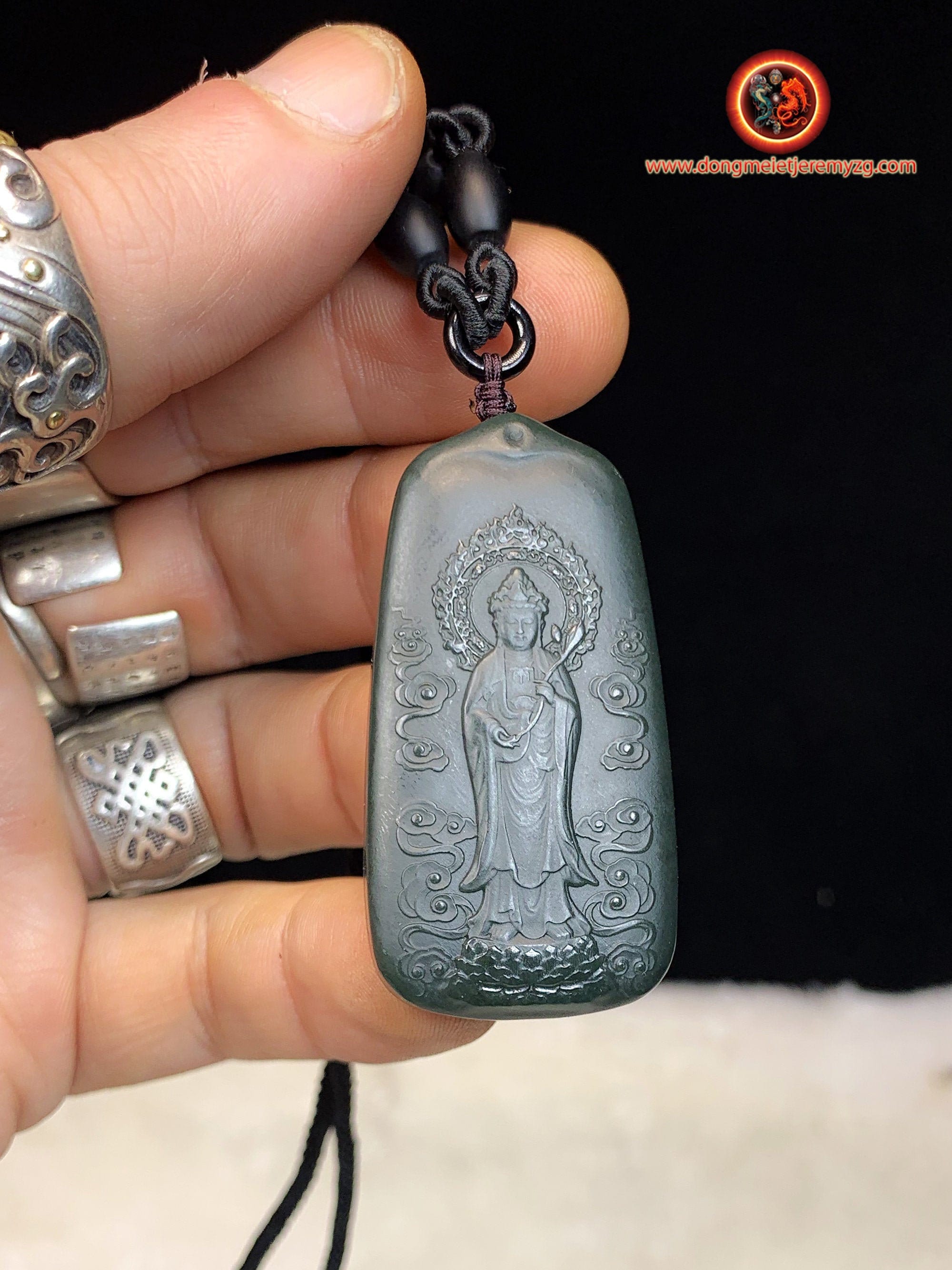 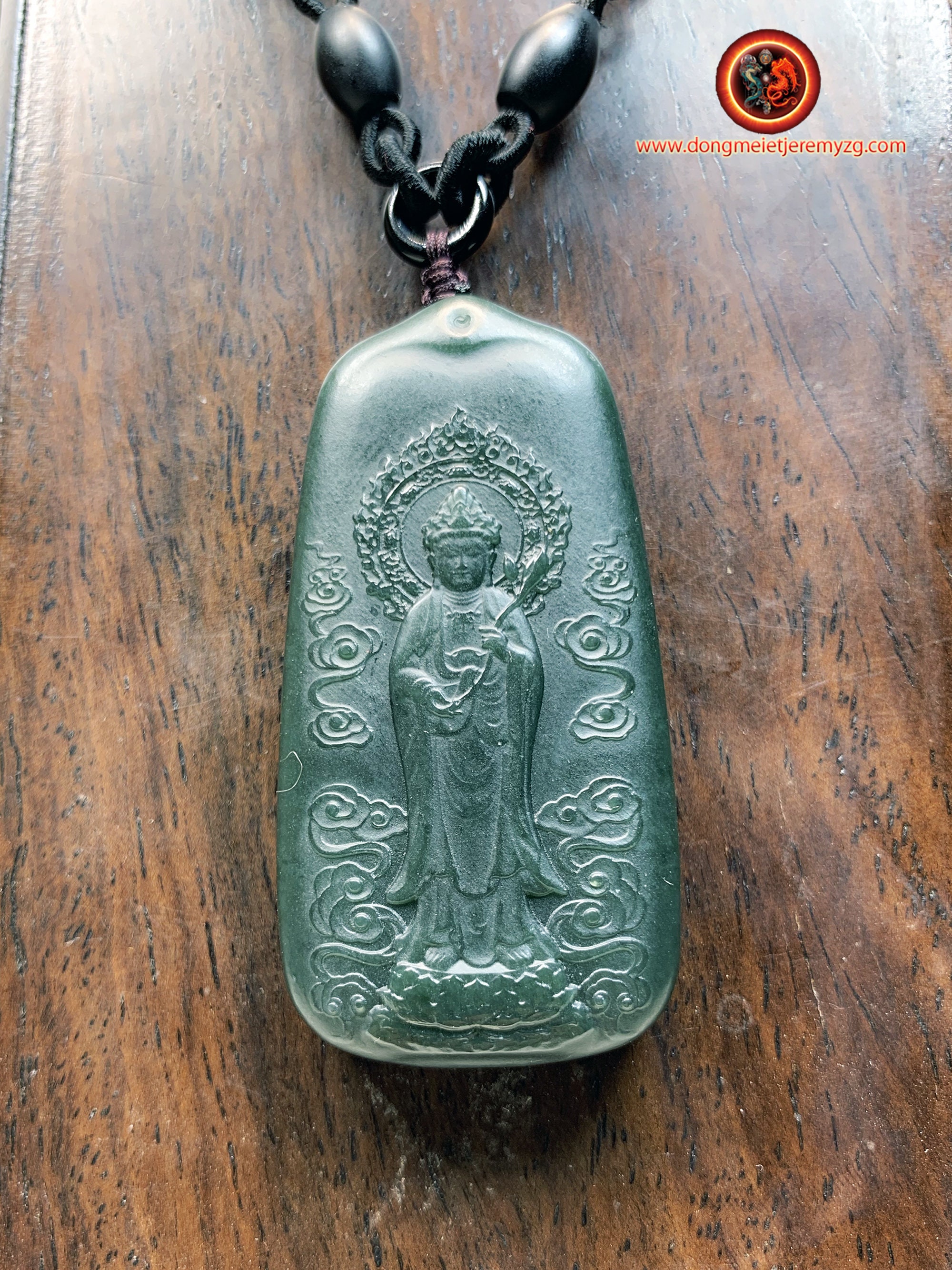 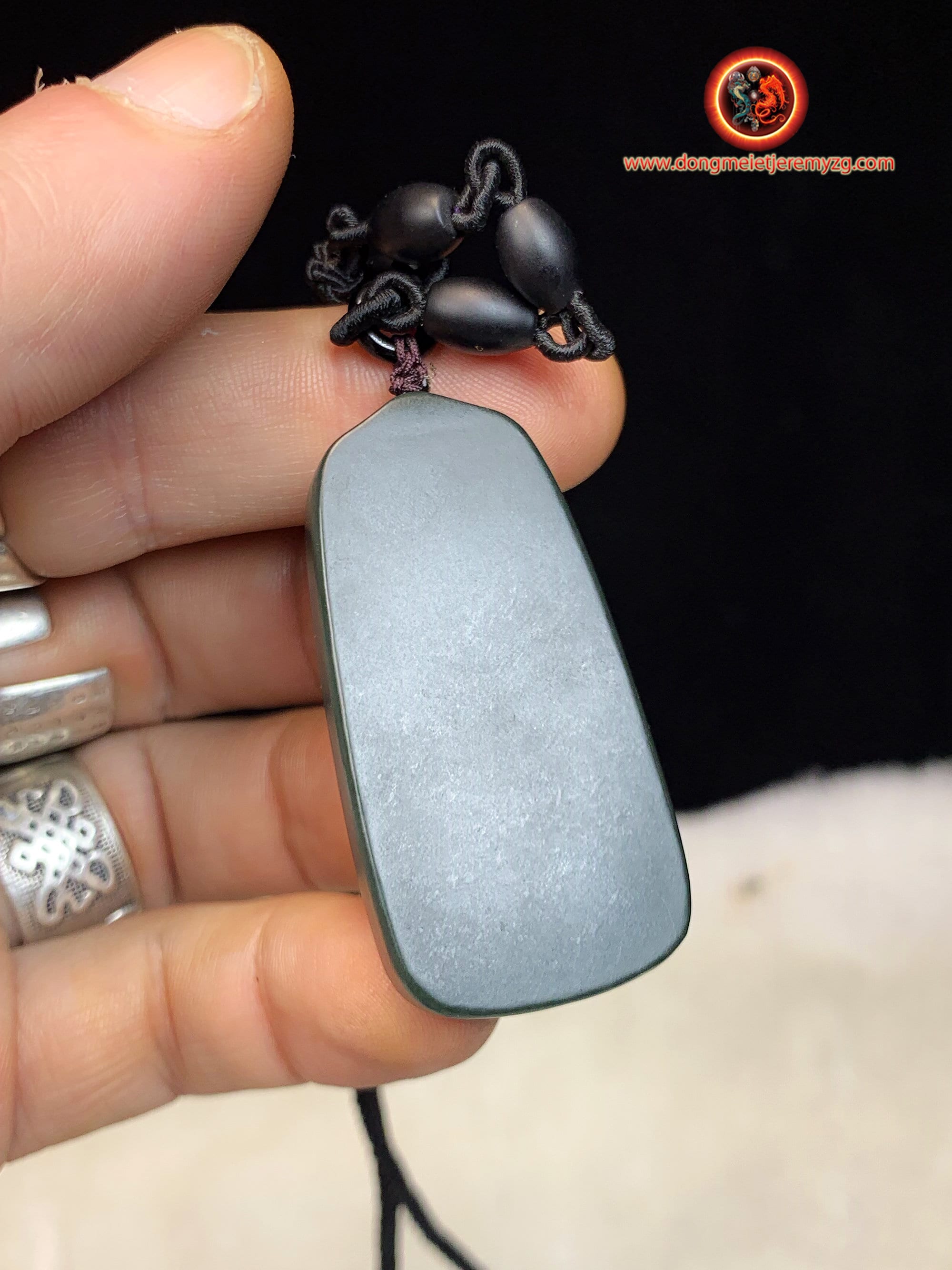 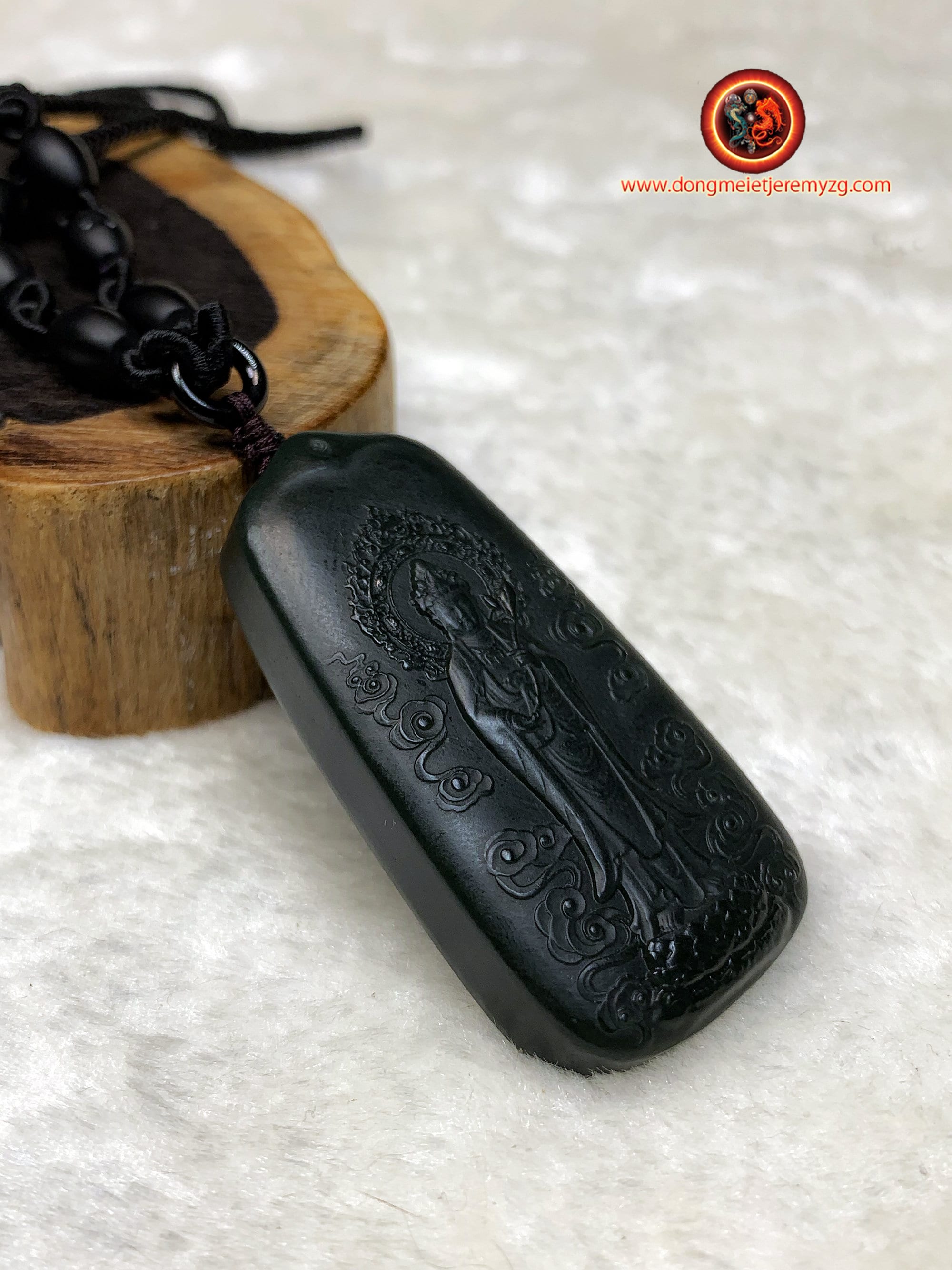 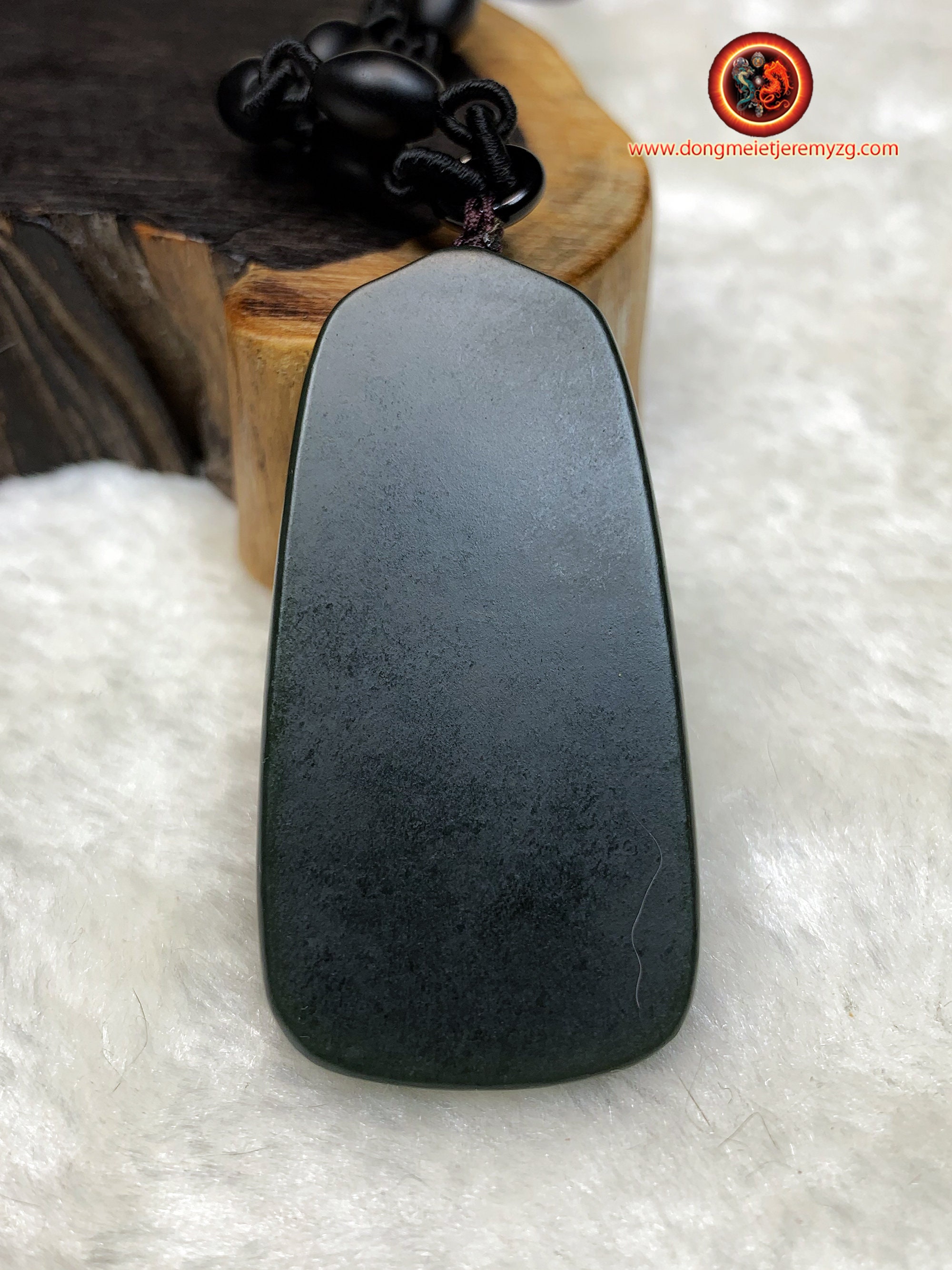 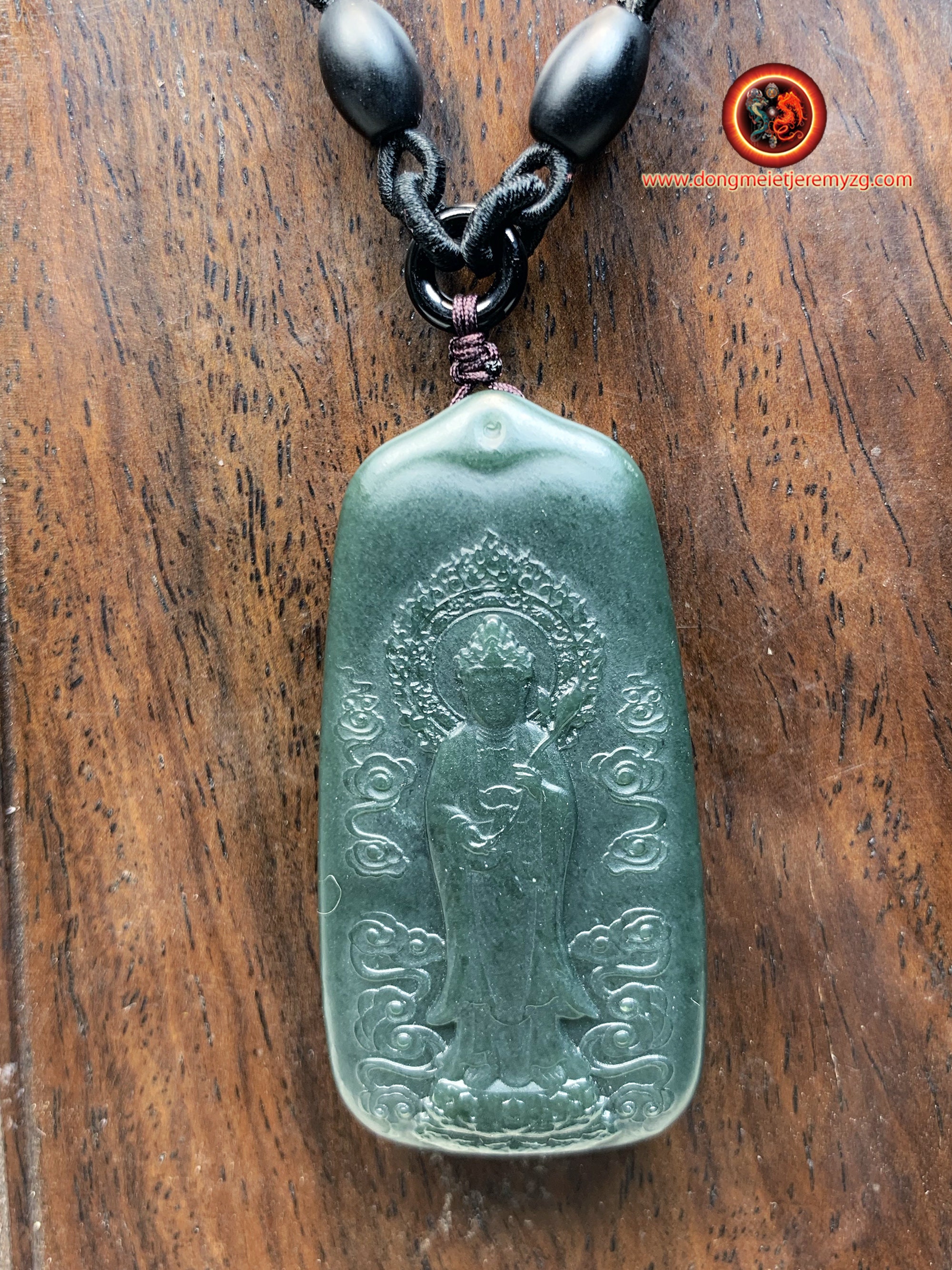 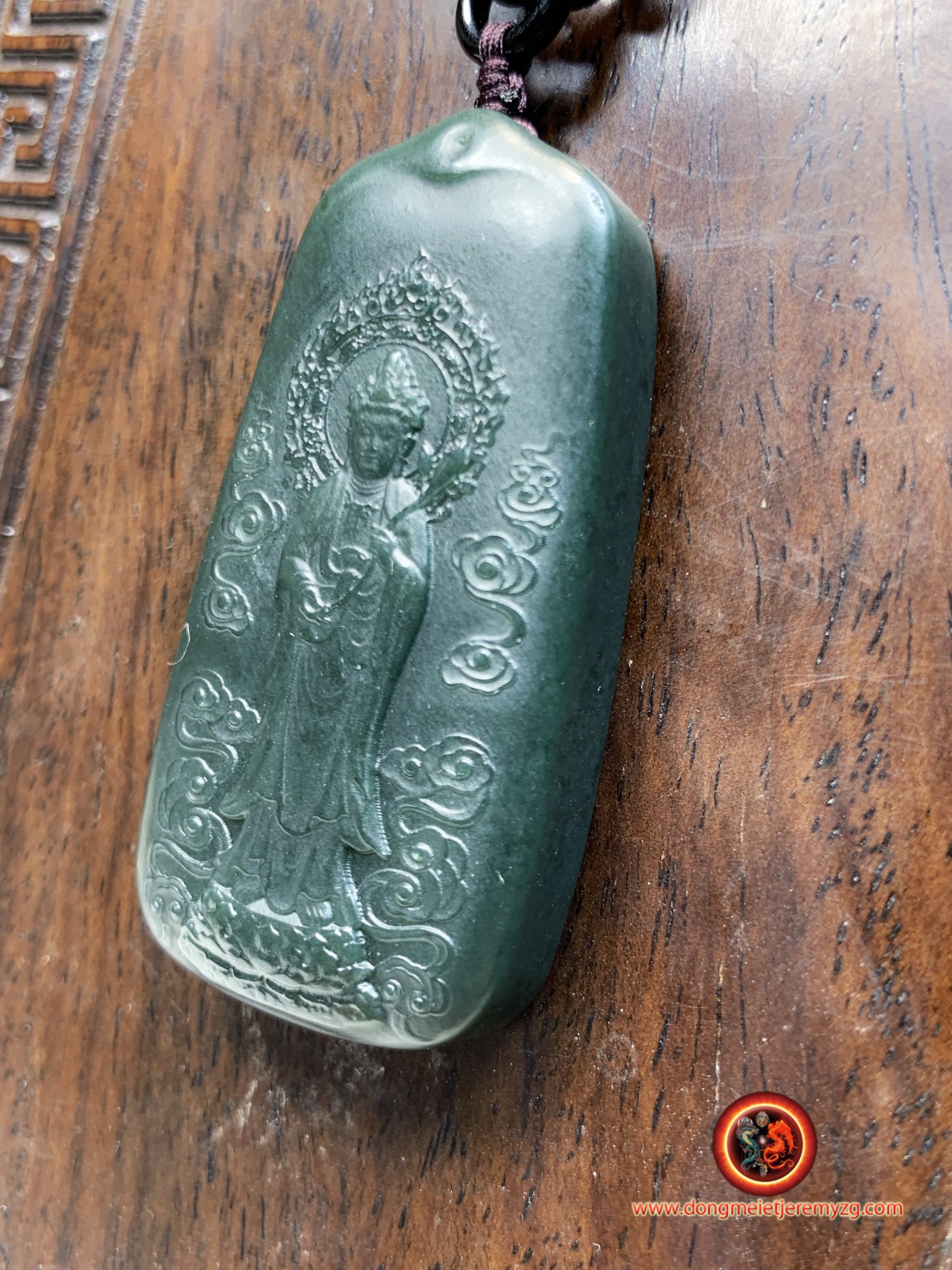 Expertized natural jade.
As a gemologist graduated from the Institut National de Gemmologie de Paris, all our stones are appraised and certified.
This nephrite type jade (Family of inosilicates, groups of amphiboles, continuous series between amhiboles and tremoloites) comes from the Yurungkash River, Hetian Prefecture, Xinjiang province renowned for the quality of its nephrite jades.
This one could almost be similar to the "ink jade", very dark nephritis, but this piece is not opaque enough to bear this name. This dark green jade therefore bears the name "Ta Qing" unfortunately untranslatable.

Mounted on adjustable cord that can be put at any desired size.

Video available via this link
https://www.facebook.com/dongmeietjeremyzhangguelle/videos/630017531169778