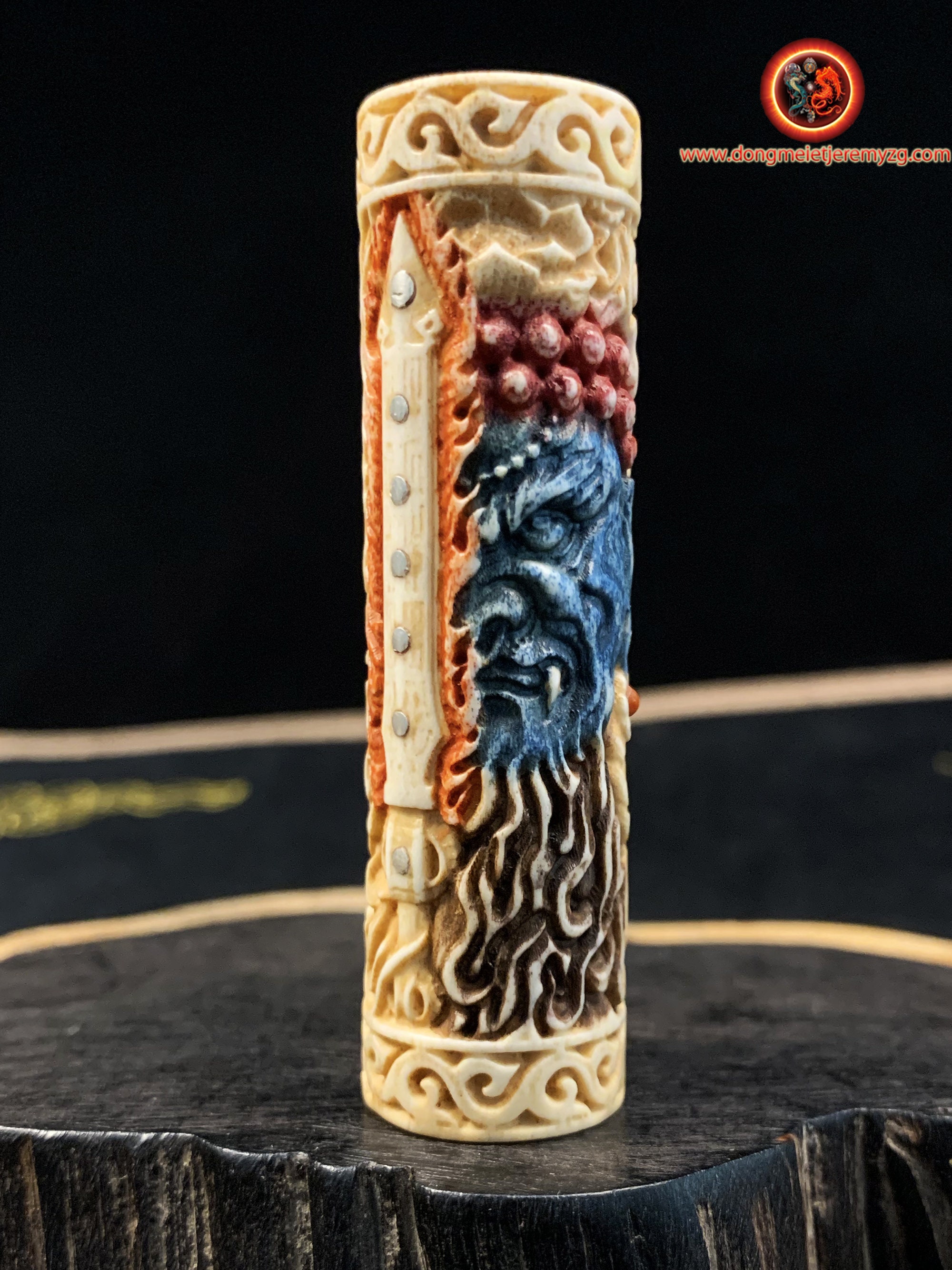 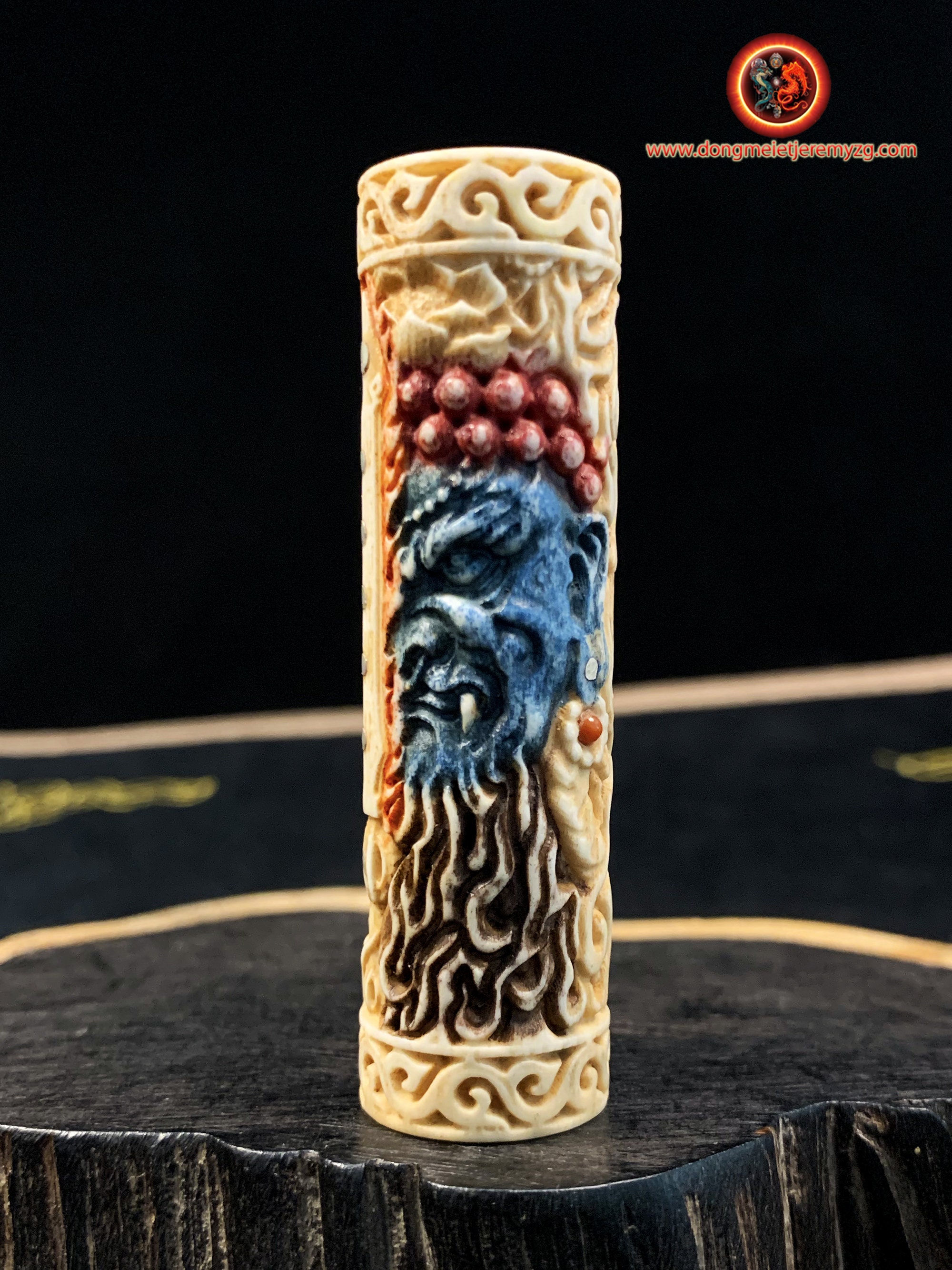 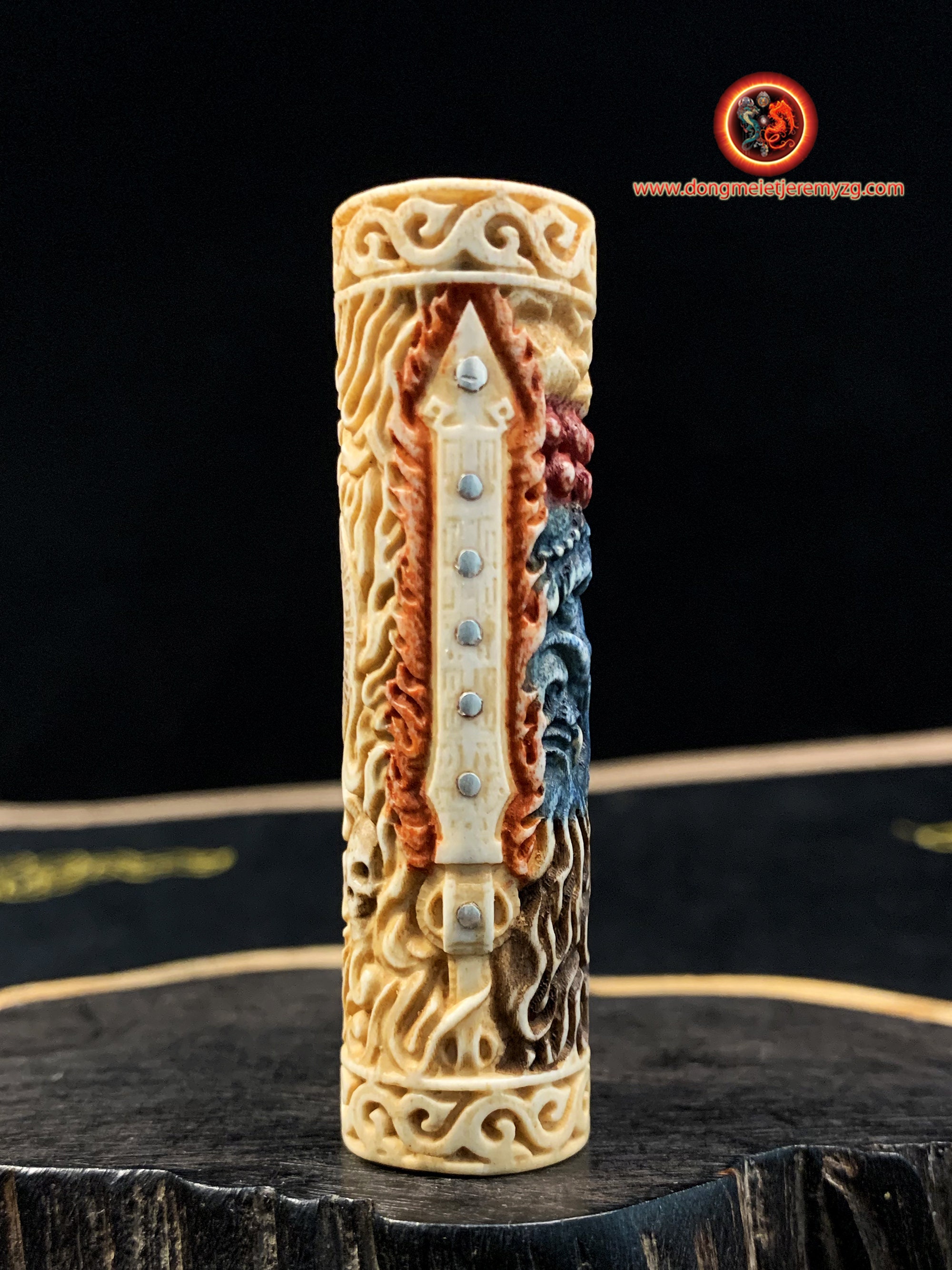 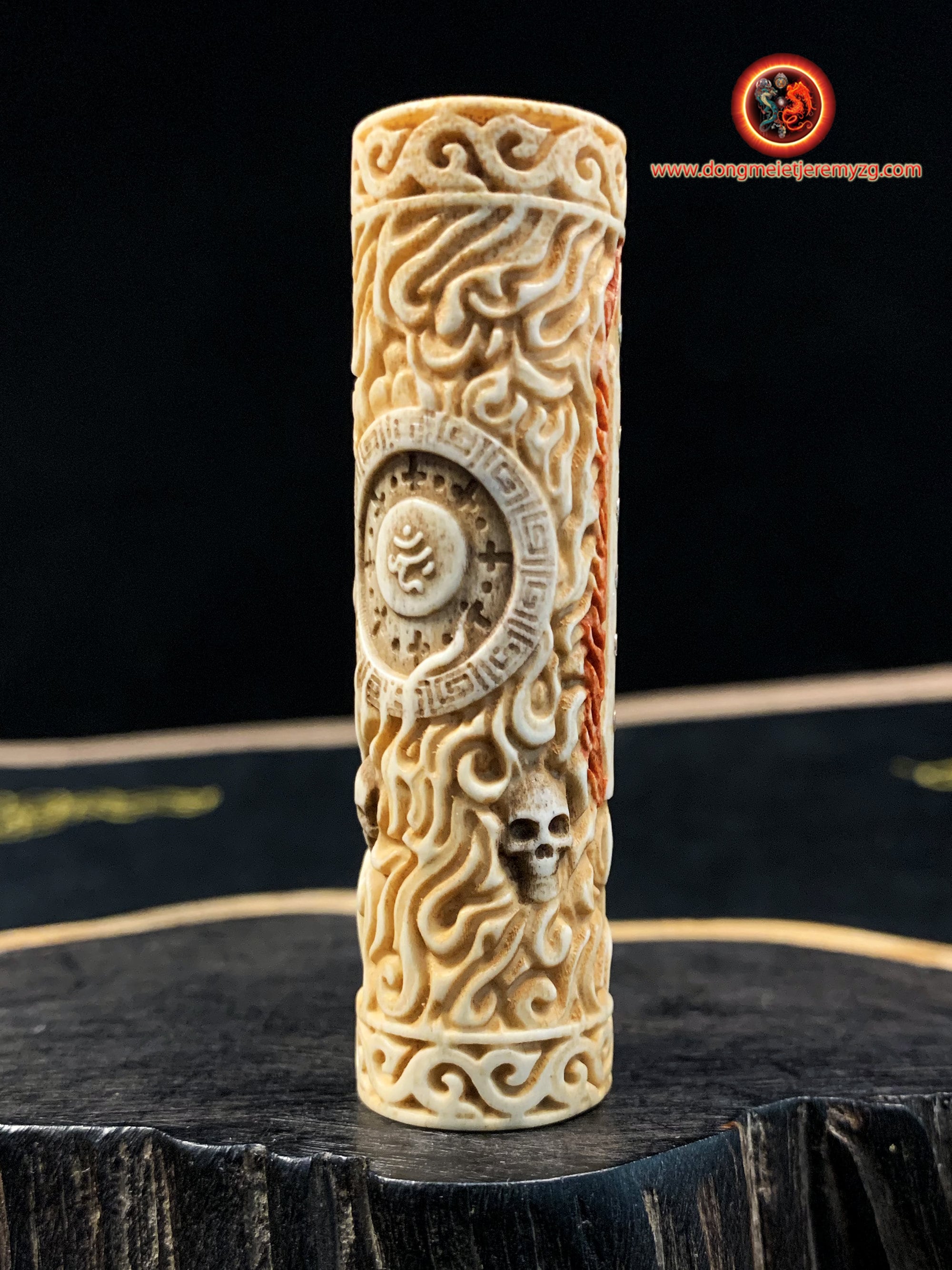 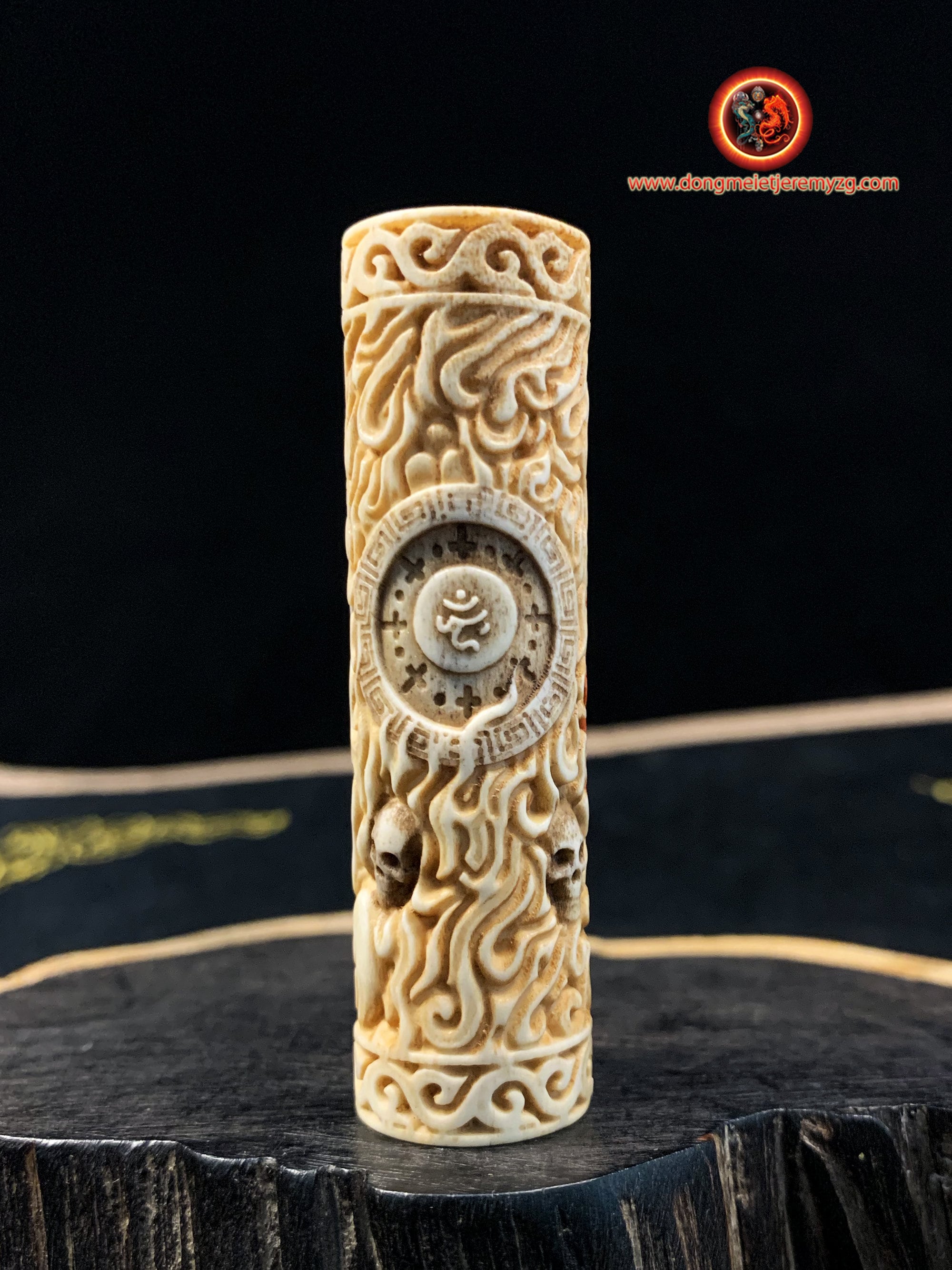 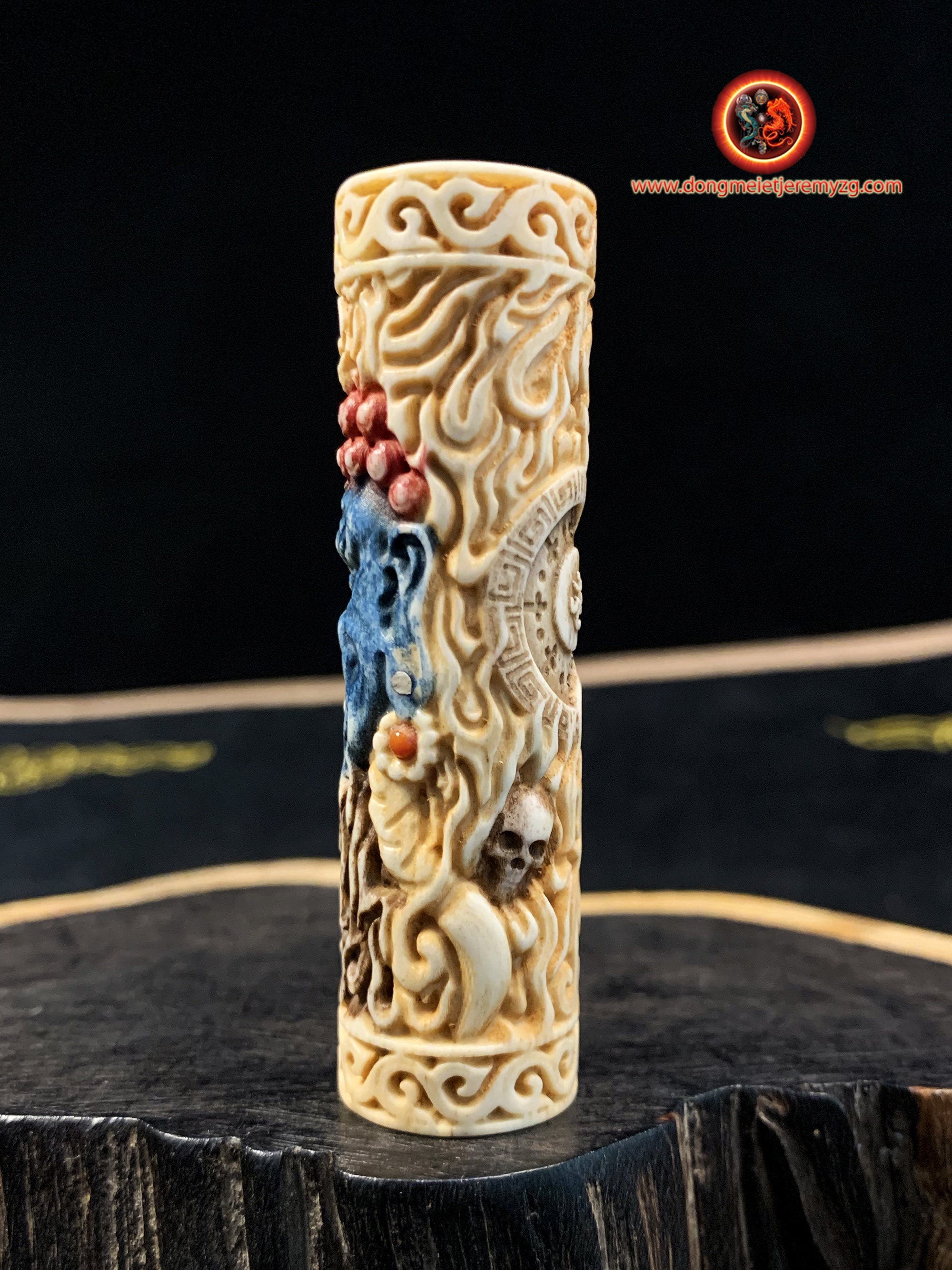 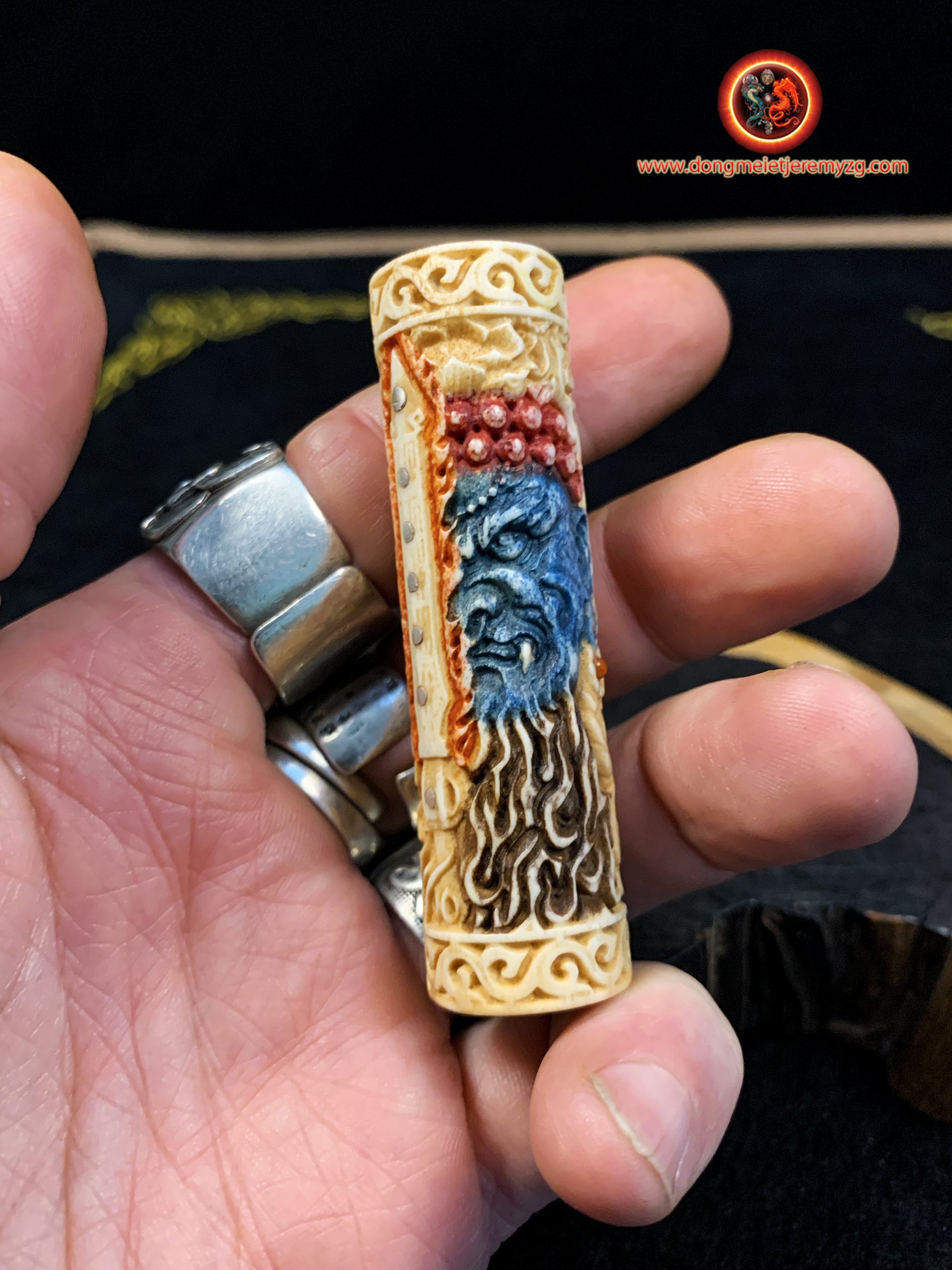 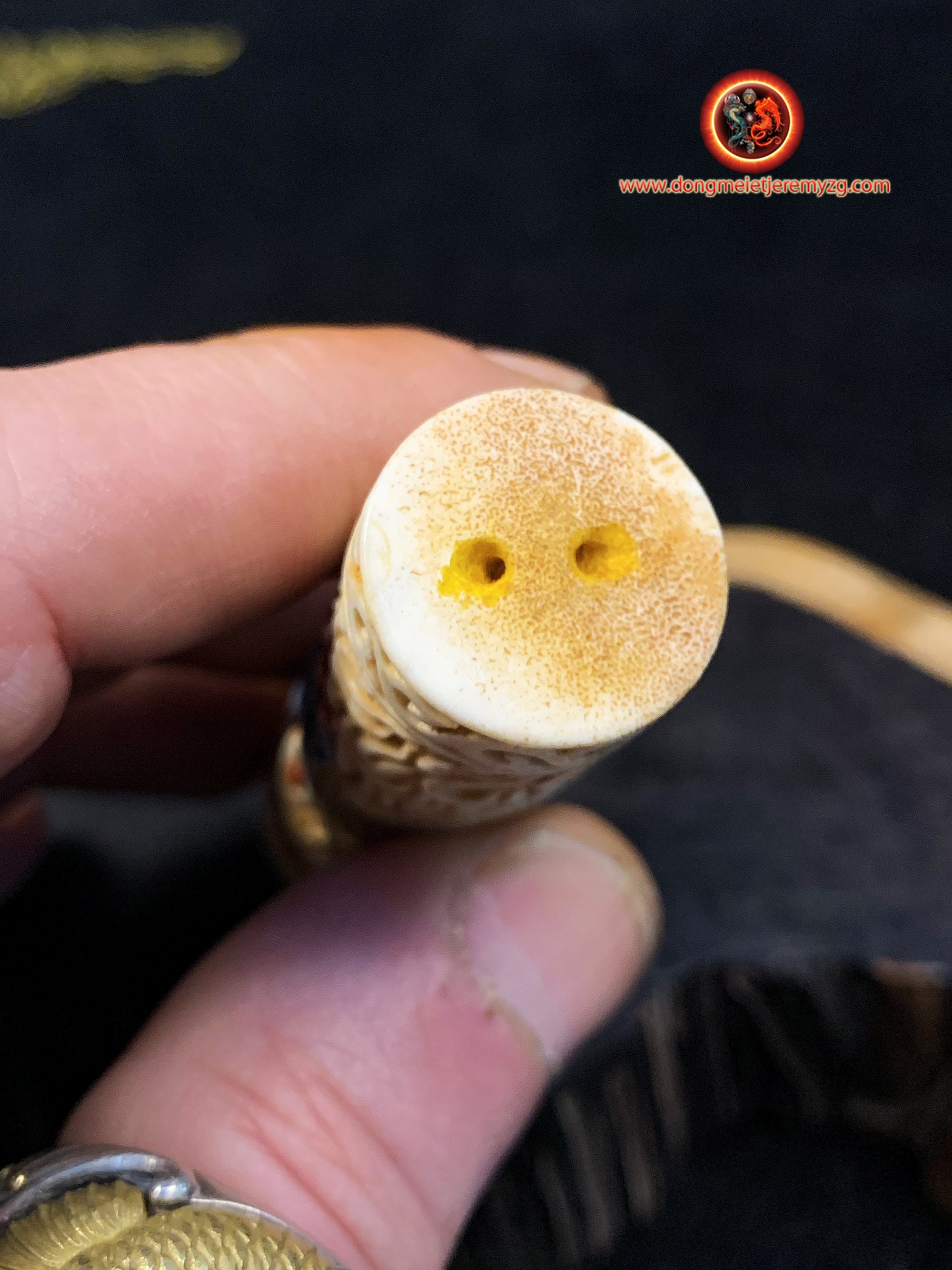 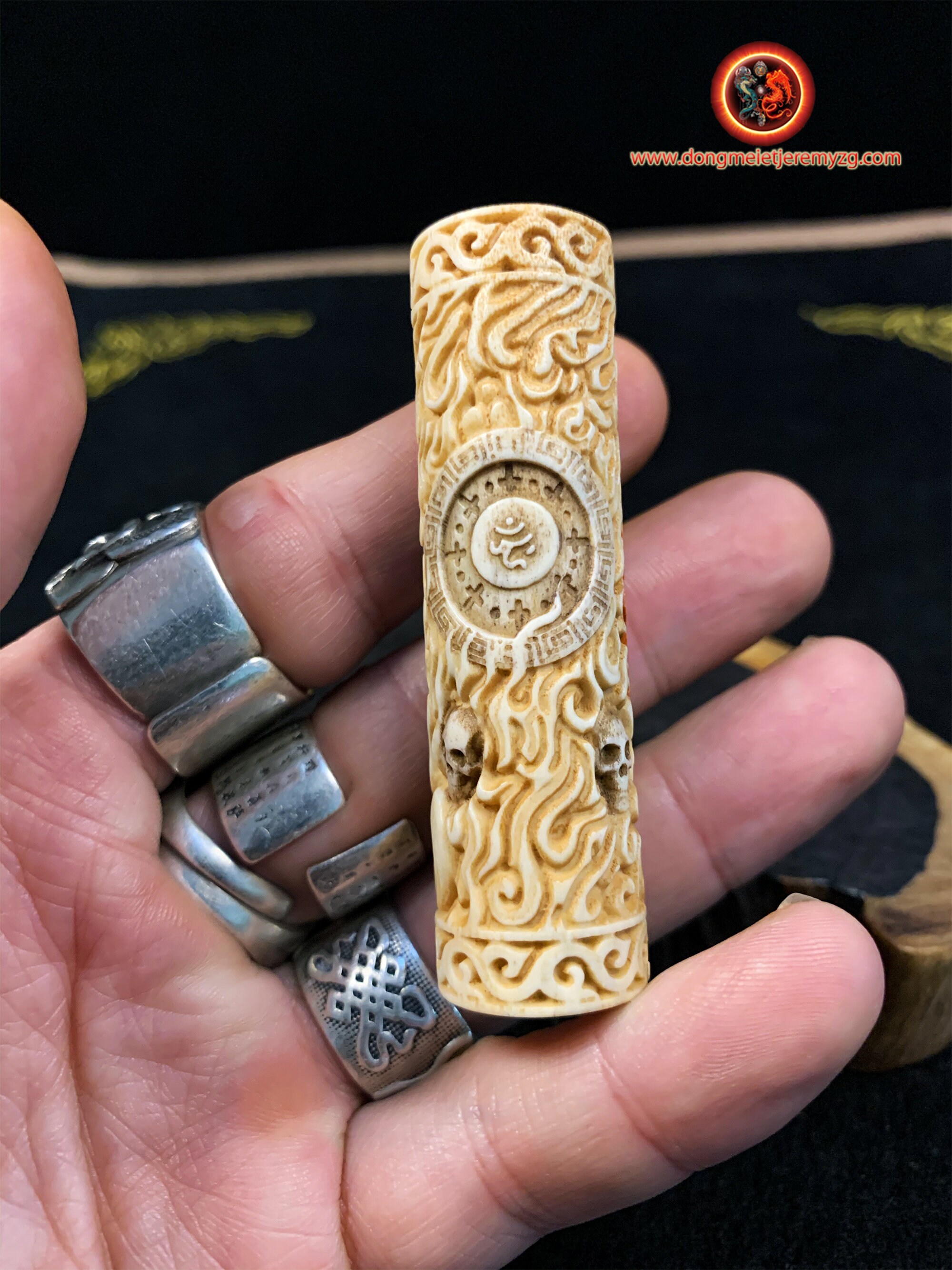 An ojime is a pearl used in Japanese inrō (carrying cases). Each is carved into a particular shape and image, similar to netsuke, although smaller. It is used to attach the cord of the inrō so that it does not peel off when transported.

The history of Ojime pearls dates back to the Edo period (1603-1868). Ojime beads, netsuke and sagemono or inrō cases would be objects worn on a traditional kimono, usually hanging from the belt

For all information on our activity and dates of exhibitions in mineral salons.
https://www.facebook.com/pages/Dongmei-Jeremy-Zhang-Guelle/103104533147394?ref=hl