Netsuke, skull carved from deer antler. Skull pierced at the top possibility of wearing it as a pendant. Rare collector's item. 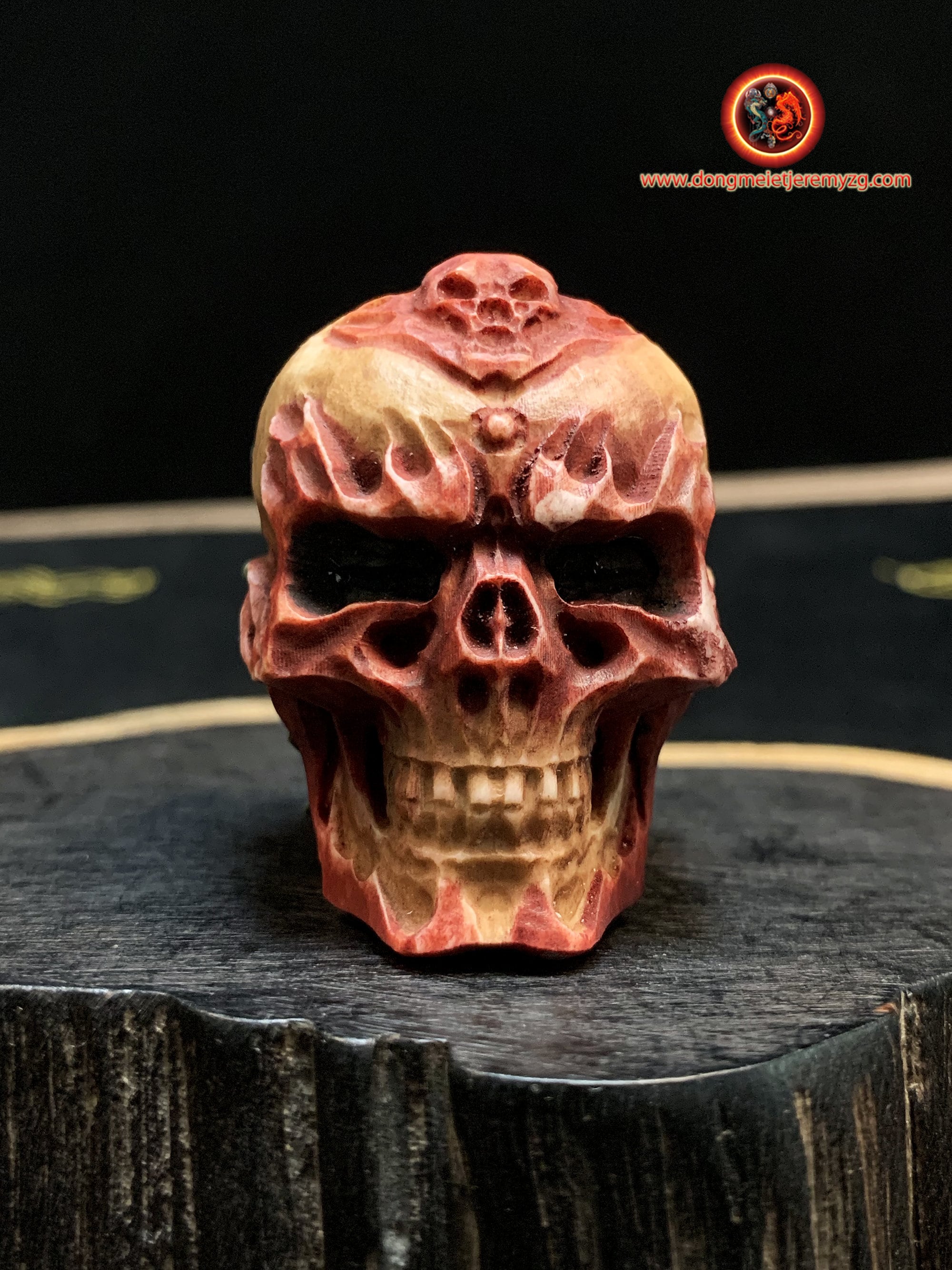 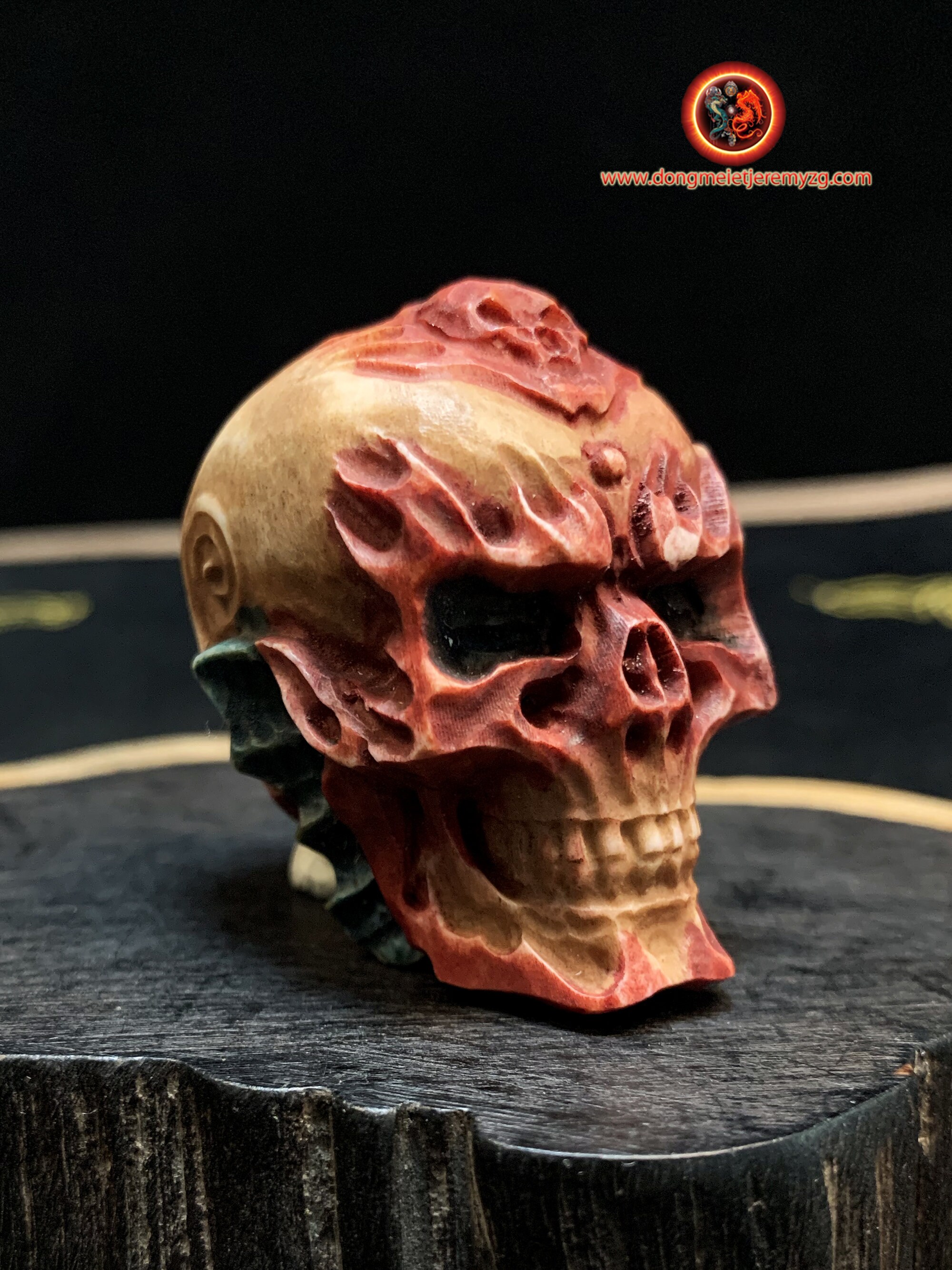 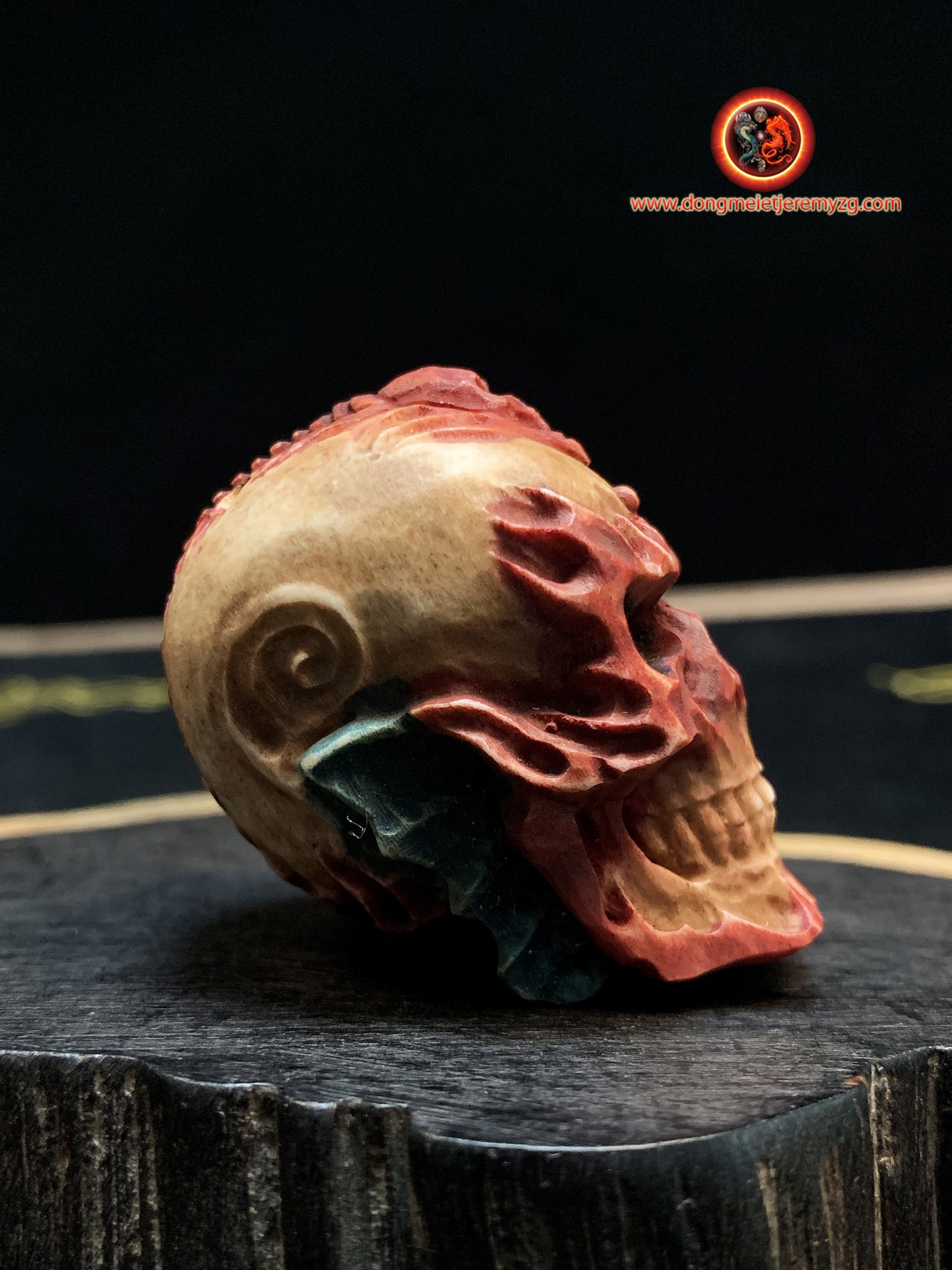 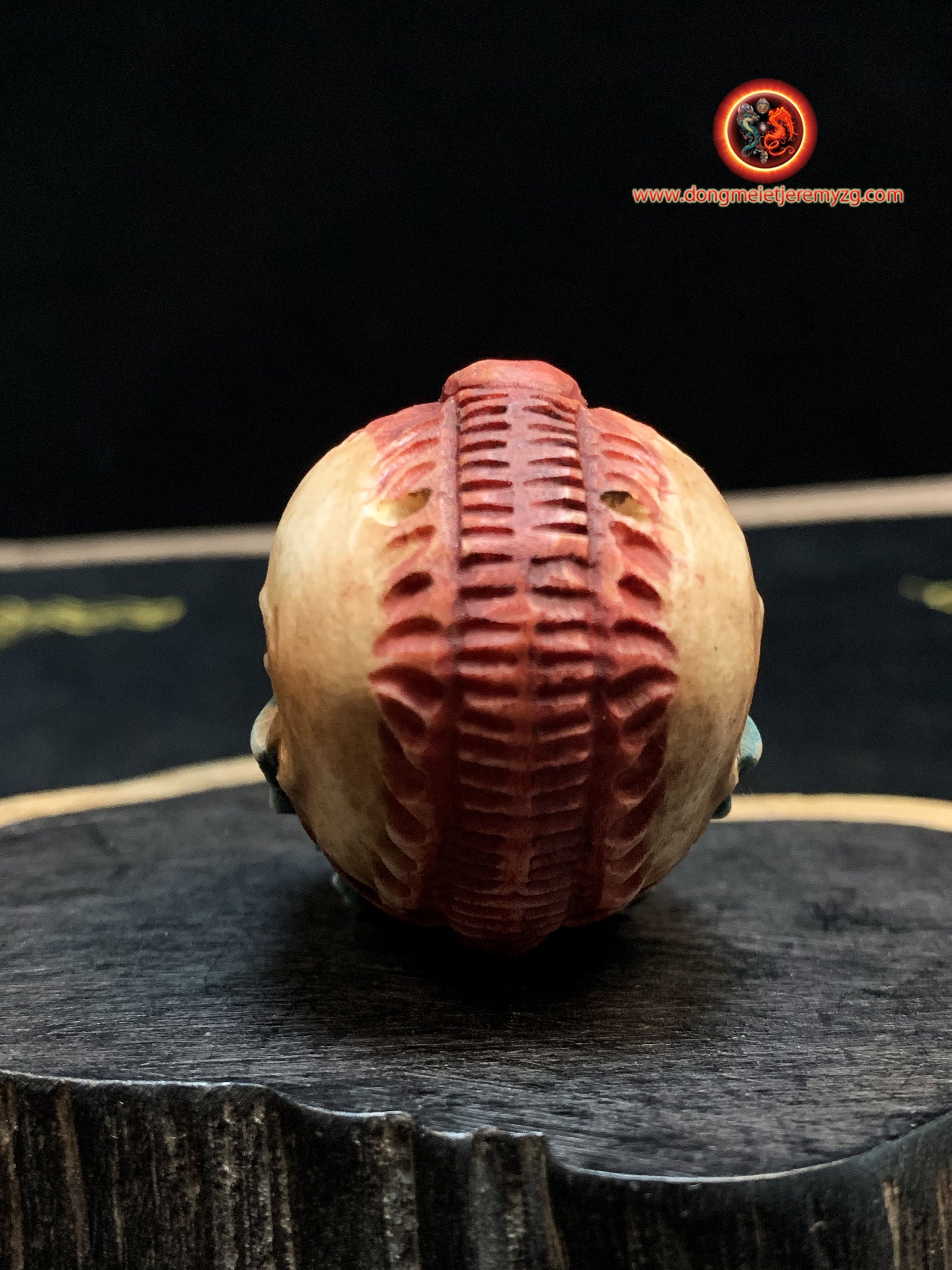 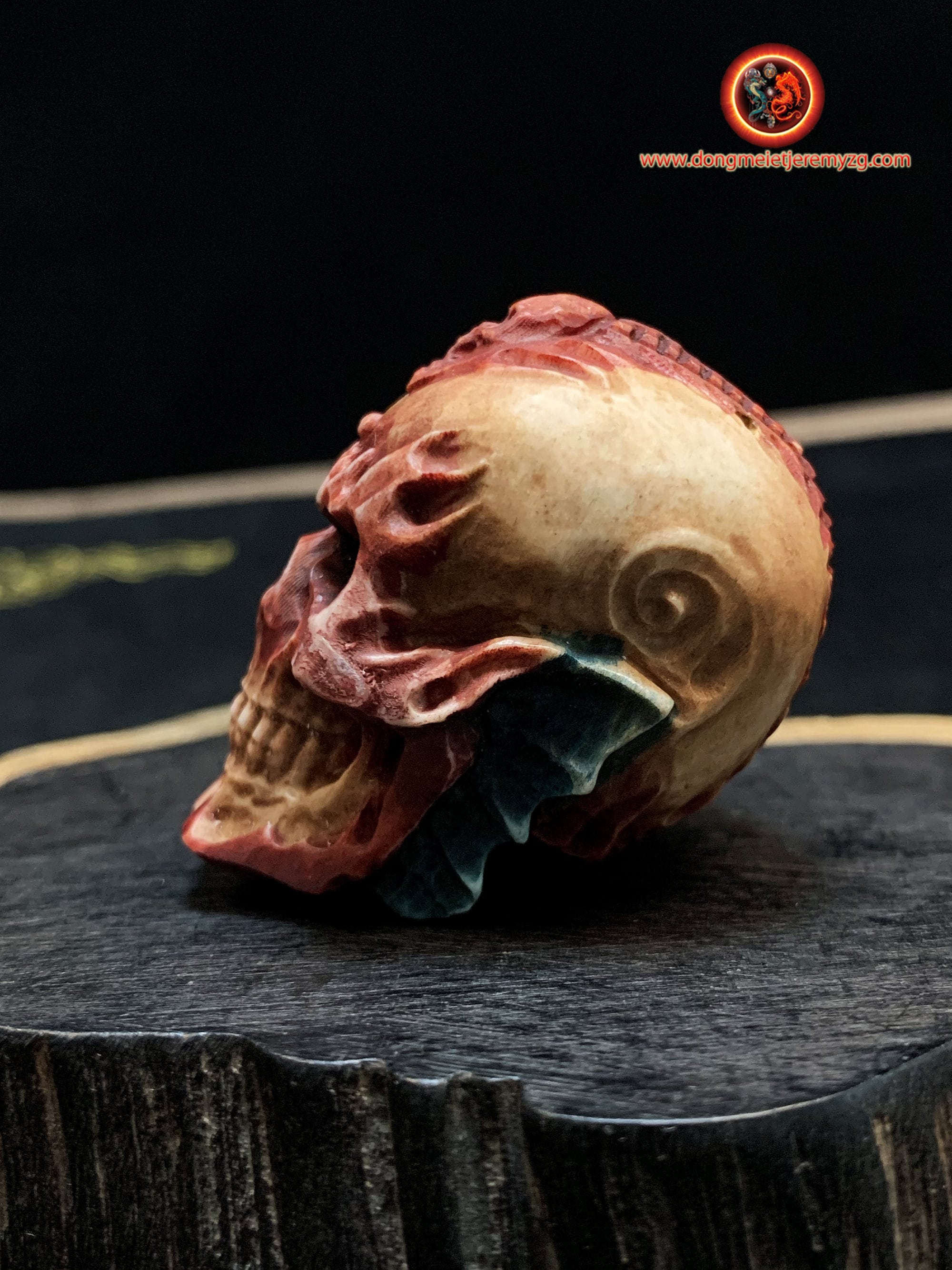 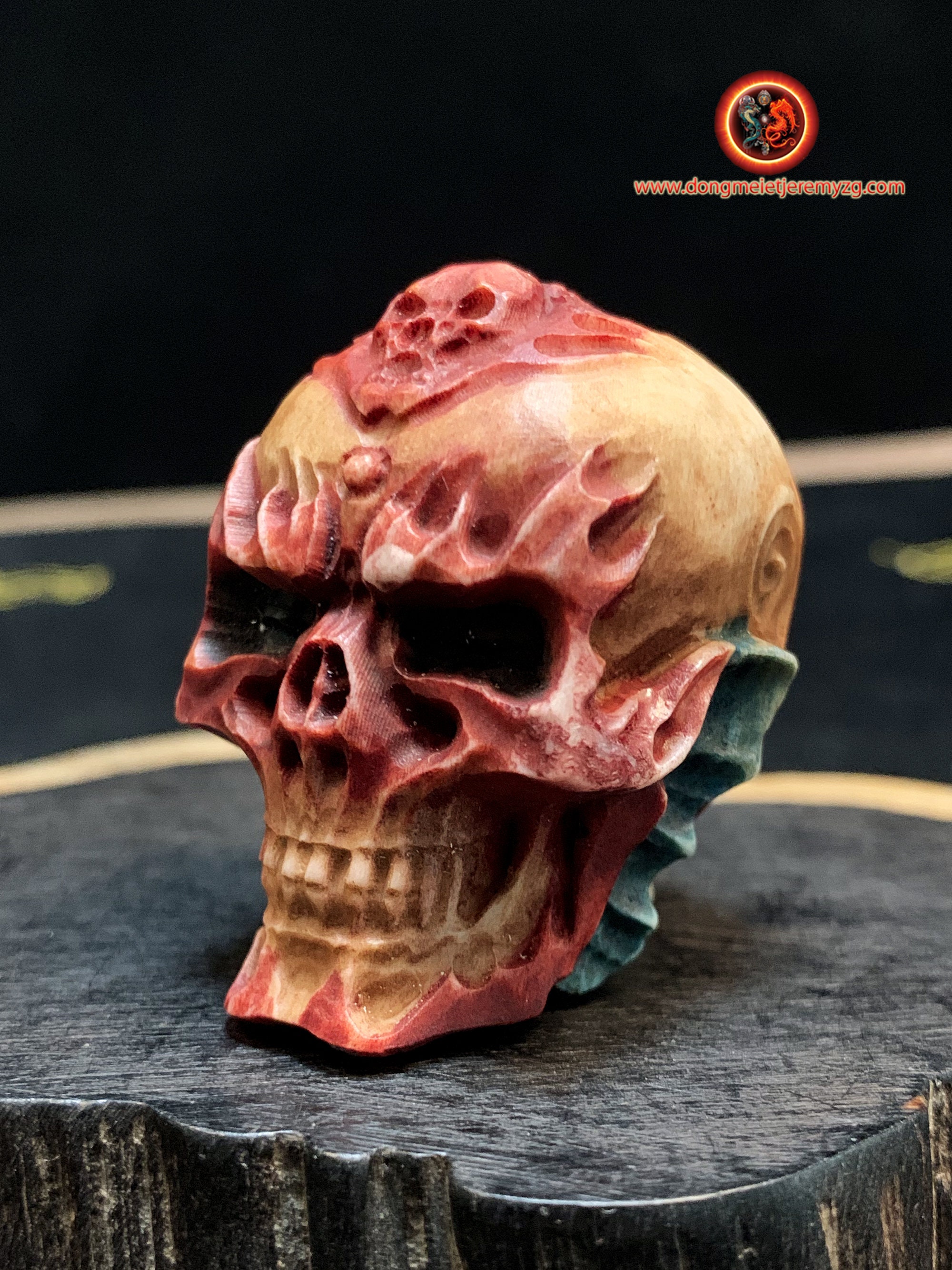 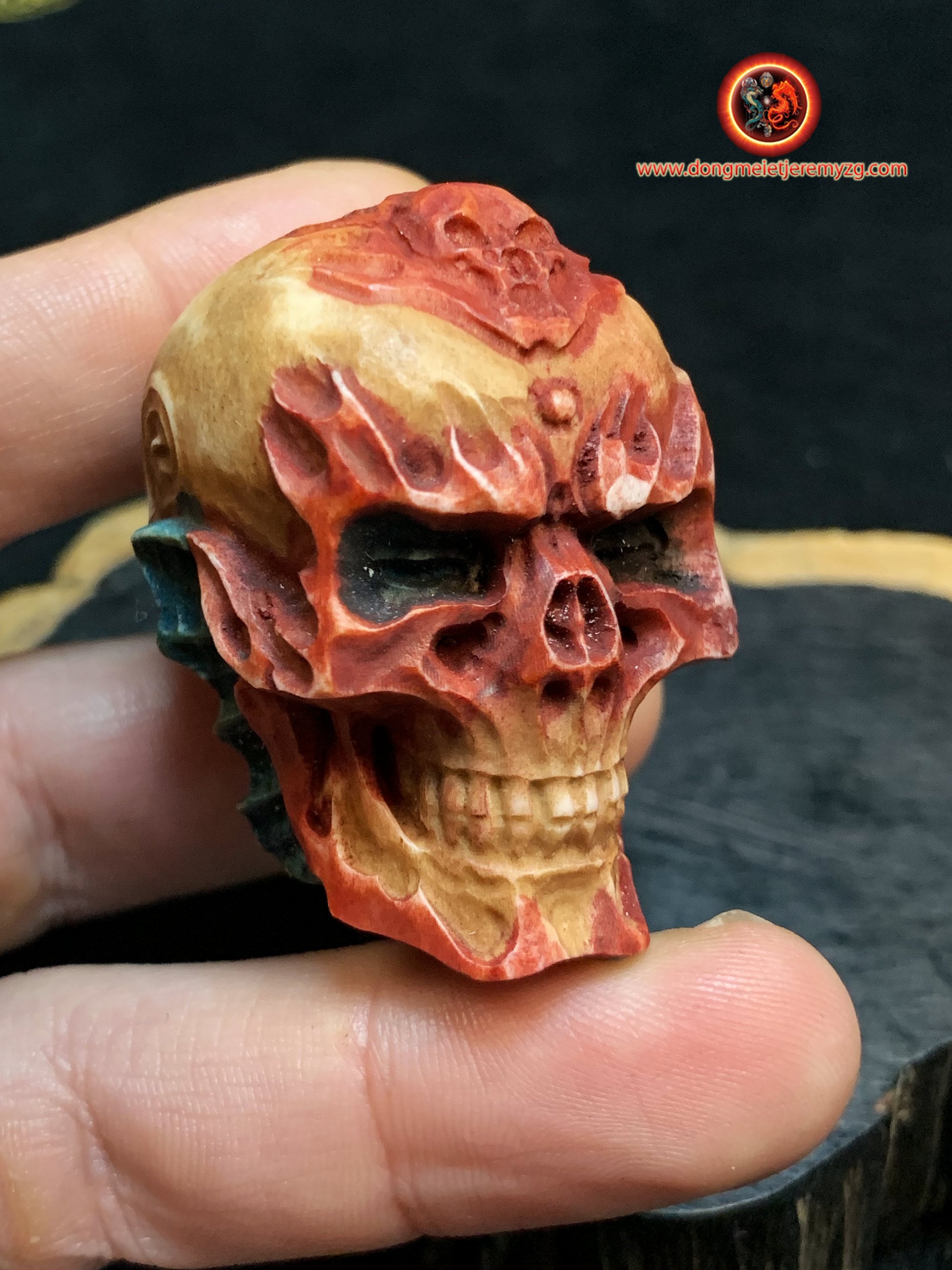 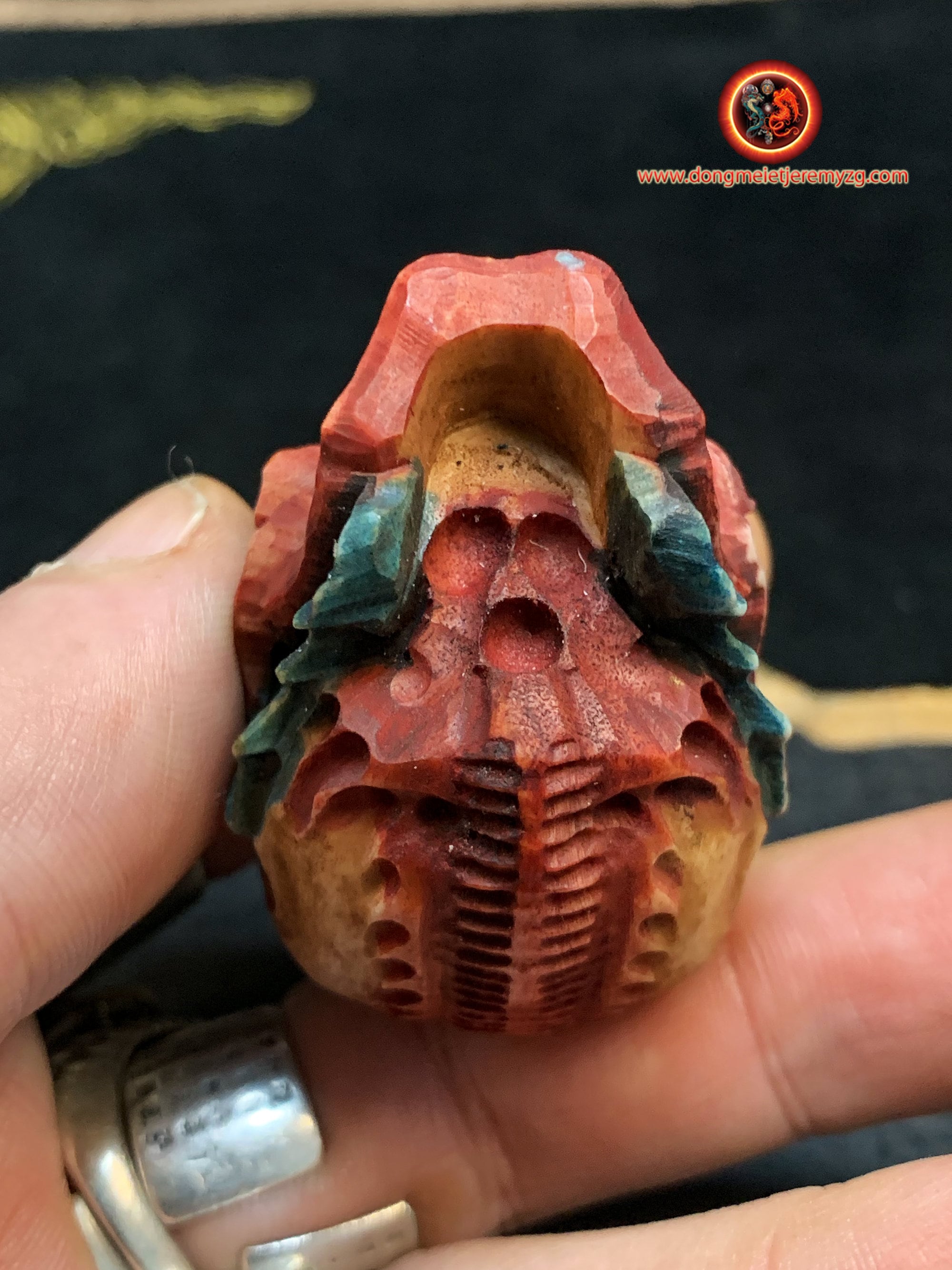 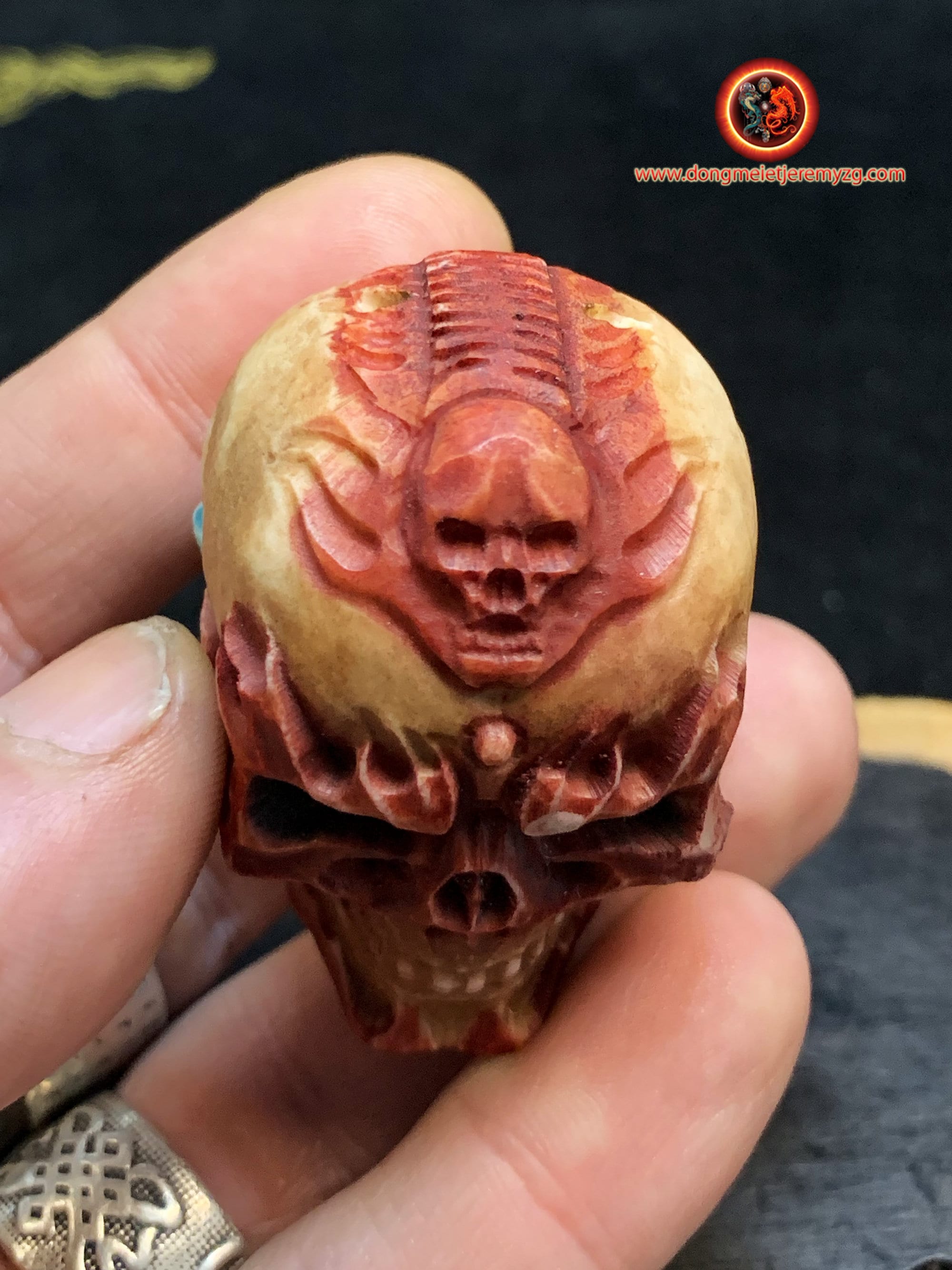 
A netsuke is a miniature sculpture, originating in 17th century Japan. Initially a button closure simply carved on the cords of an inro box, netsuke later developed into richly carved handicrafts.
Traditionally, Japanese clothing - the kosode and its later evolution, the kimono - had no pockets. Although the sleeves of the kimono could be used to store small items, the men who wore the kimono needed a larger and stronger container in which to store their personal belongings, such as pipes, tobacco, money and seals, which resulted in the development of containers known as sagemono, which were suspended by cords from the belts of the robes (obi).

These containers may have been pouches or small woven baskets, but the most popular were handmade boxes (inro) held closed by ojime, sliding beads on ropes. Regardless of the shape of the container, the fastener that fixed the cord at the top of the belt was a button-shaped carved rocker called netsuke. Netsuke, like the inro and the ojime, has evolved over time from a strictly utilitarian status to objects of great artistic value and an expression of extraordinary craftsmanship. Netsuke production was most popular during the Edo period (1615-1868).

Today, netsuke production continues and some modern netsuke can reach high prices in the UK, Europe, US, Japan and elsewhere.