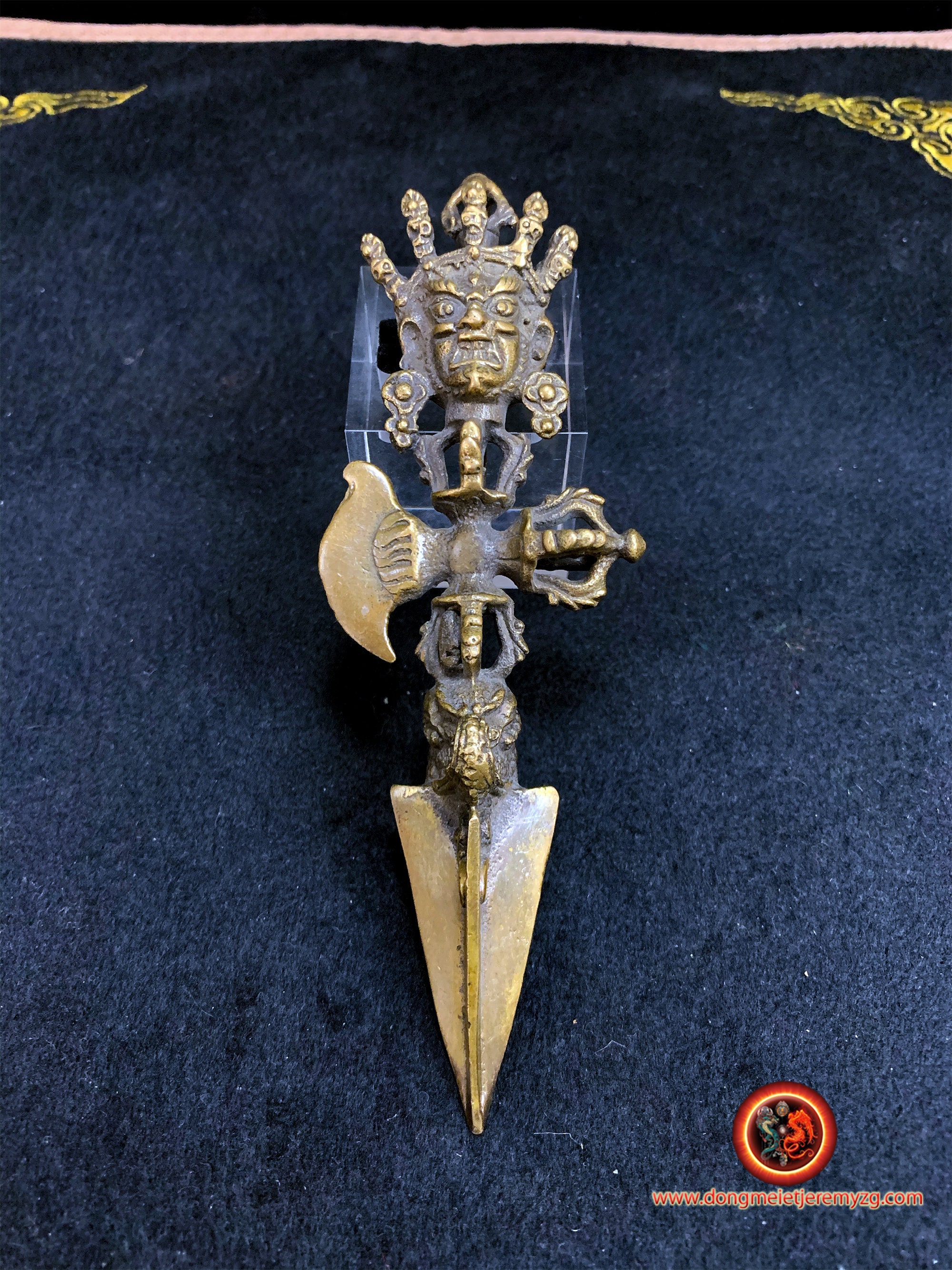 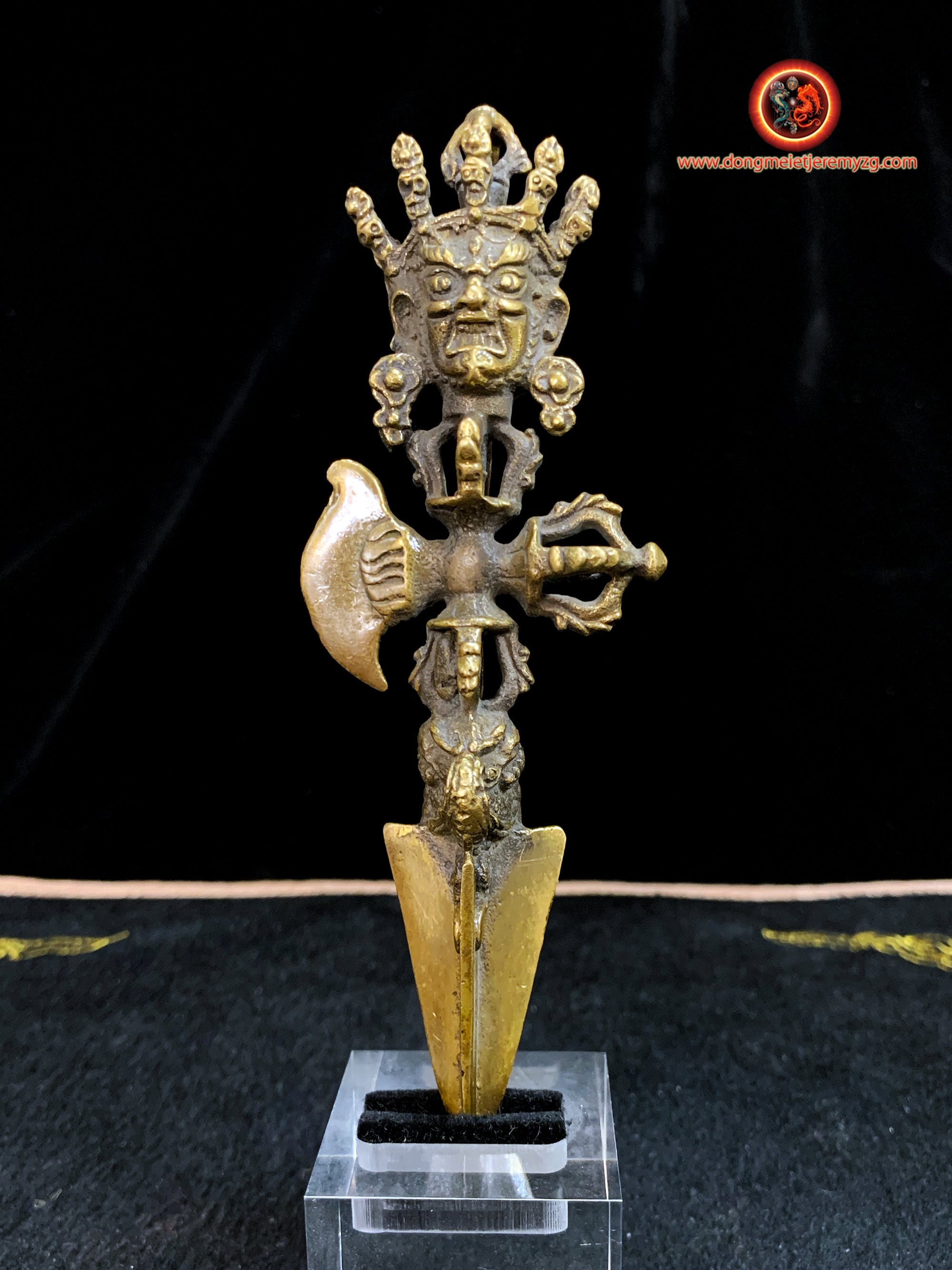 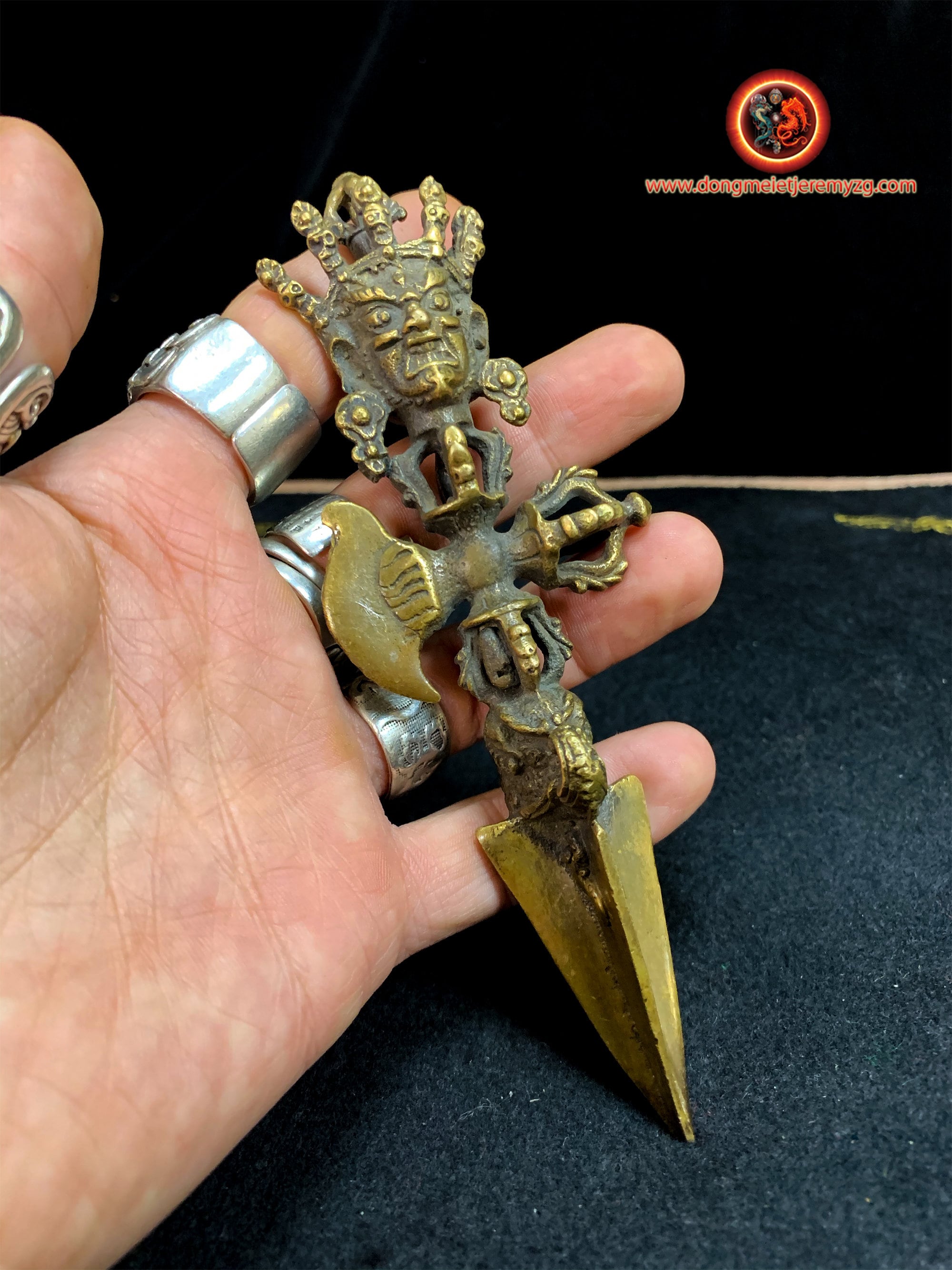 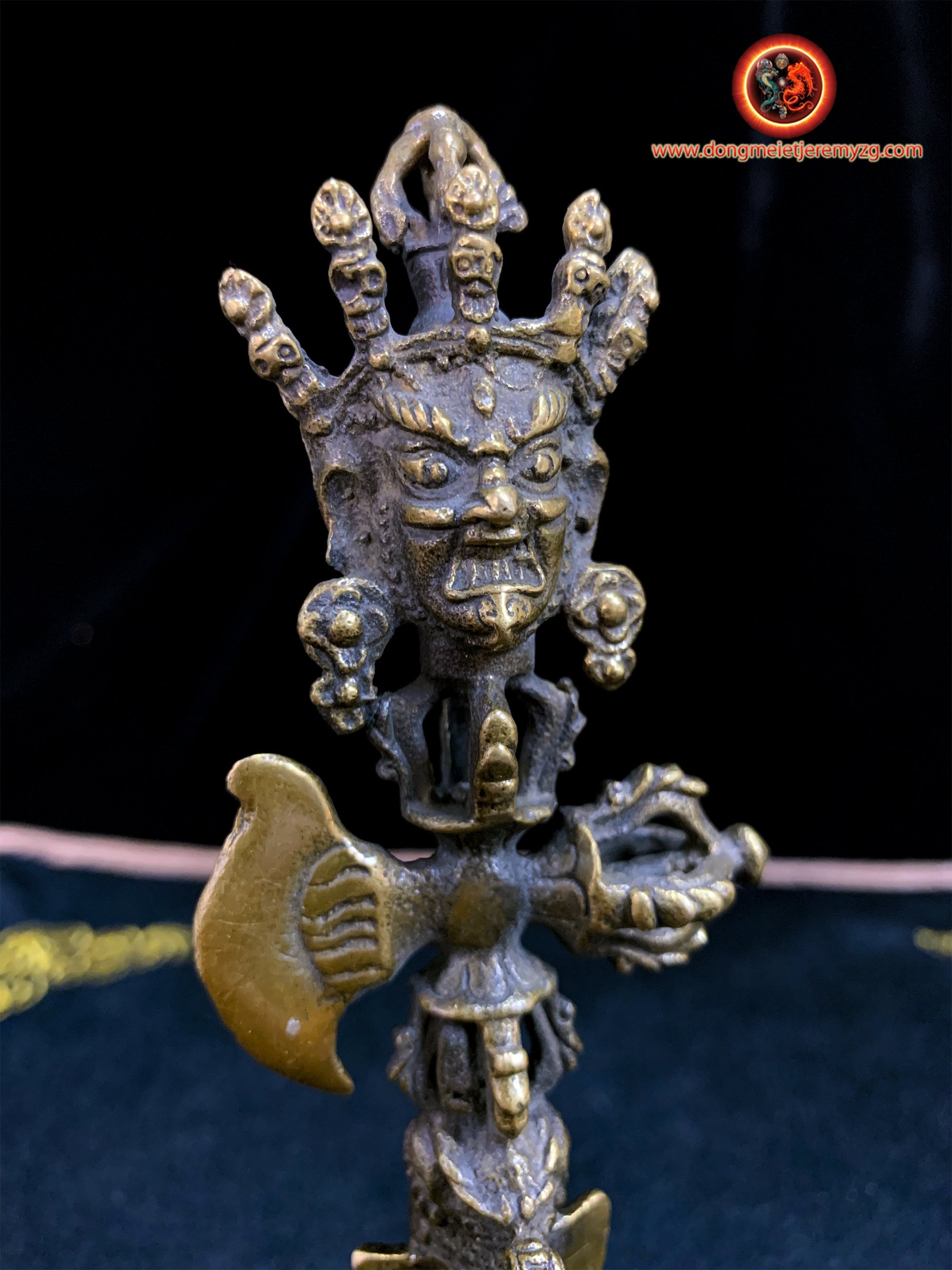 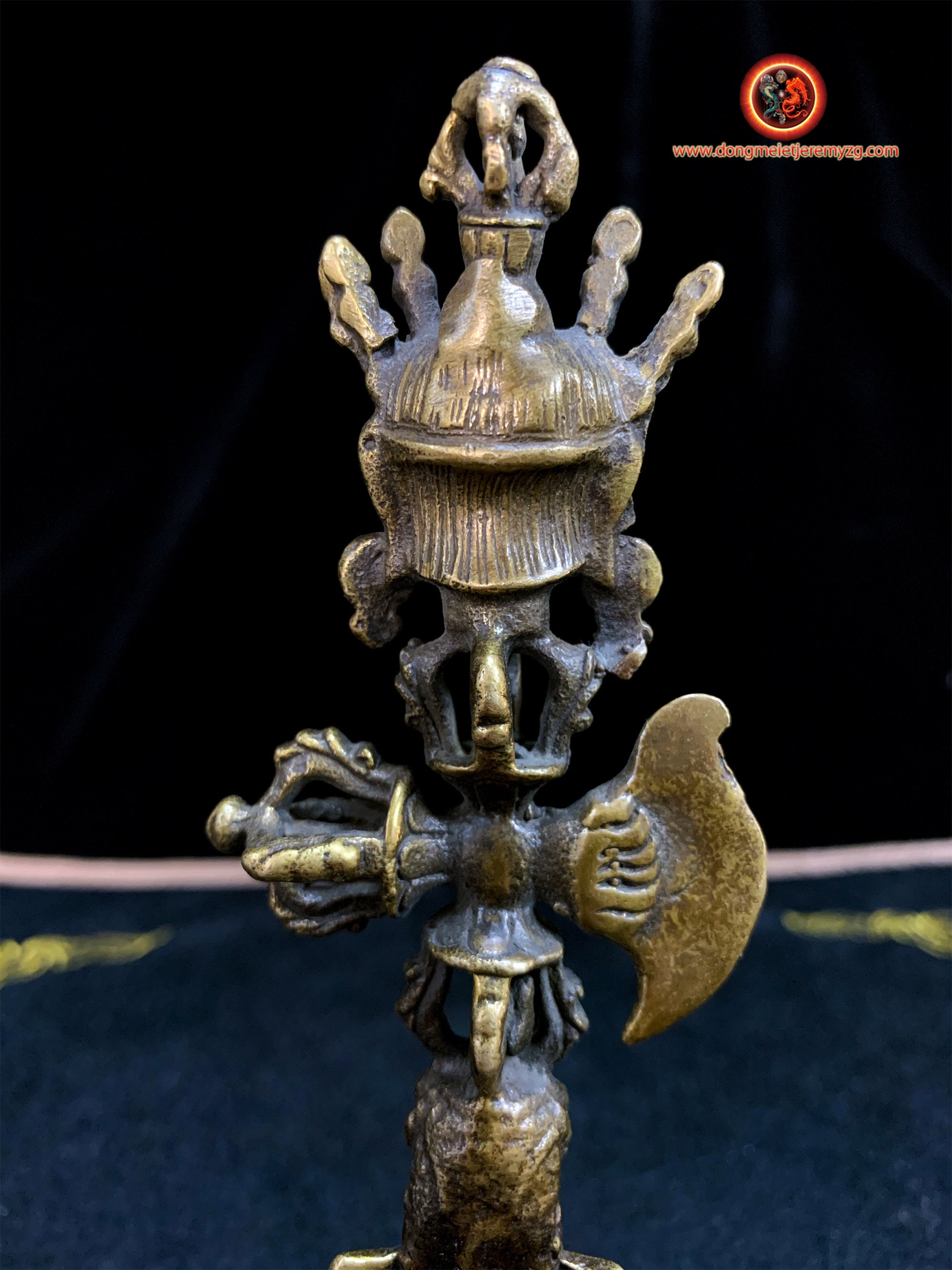 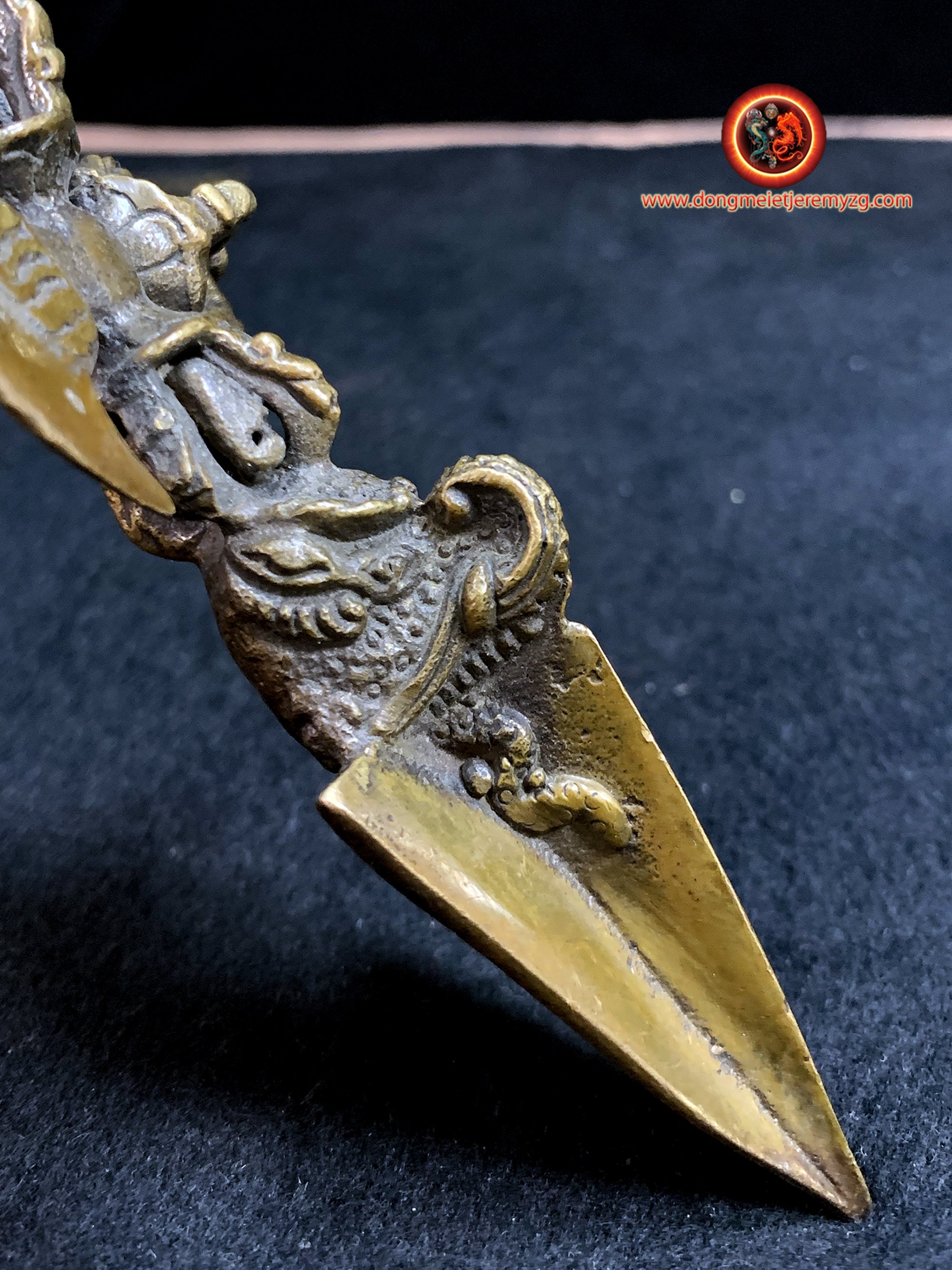 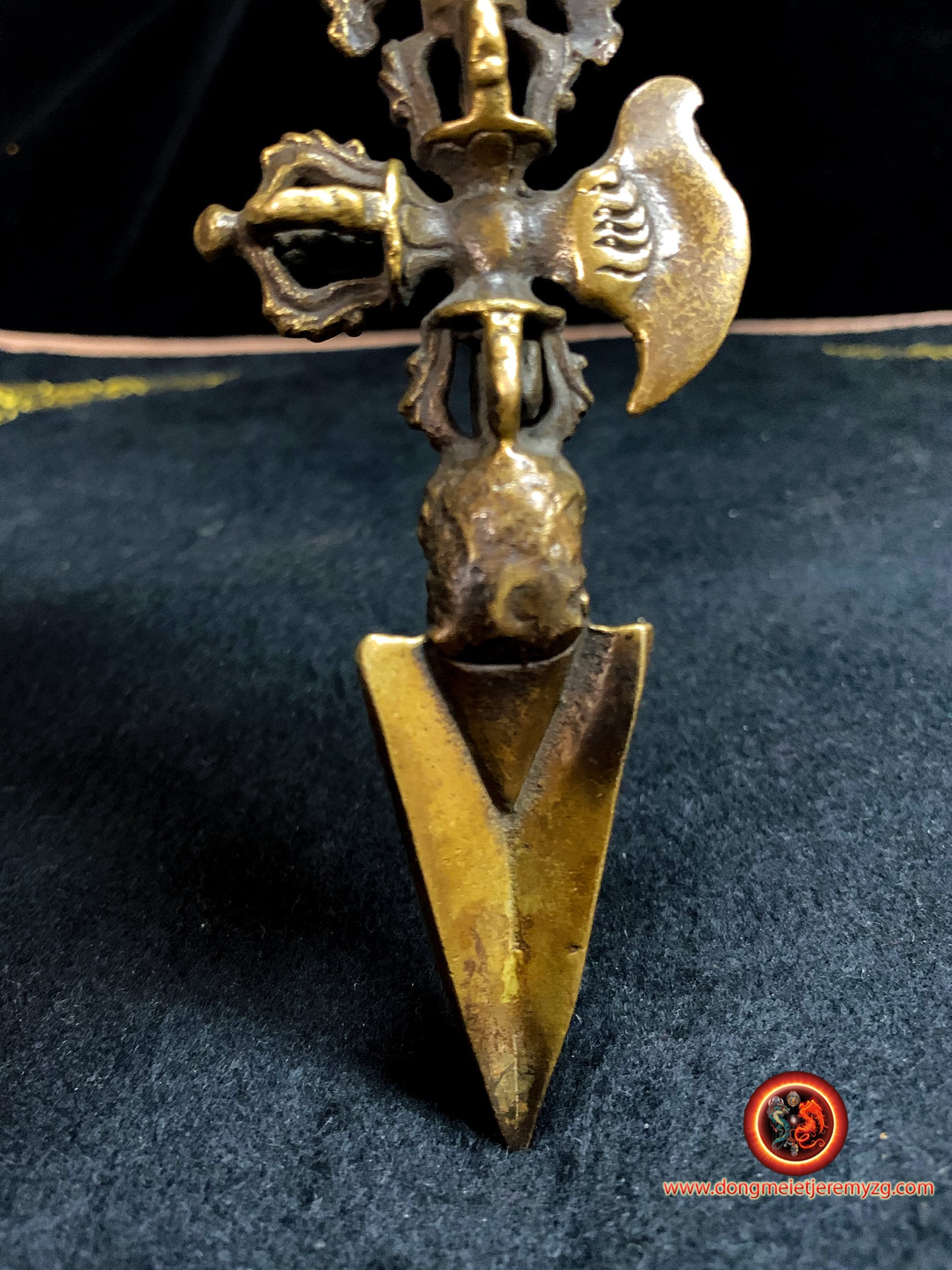 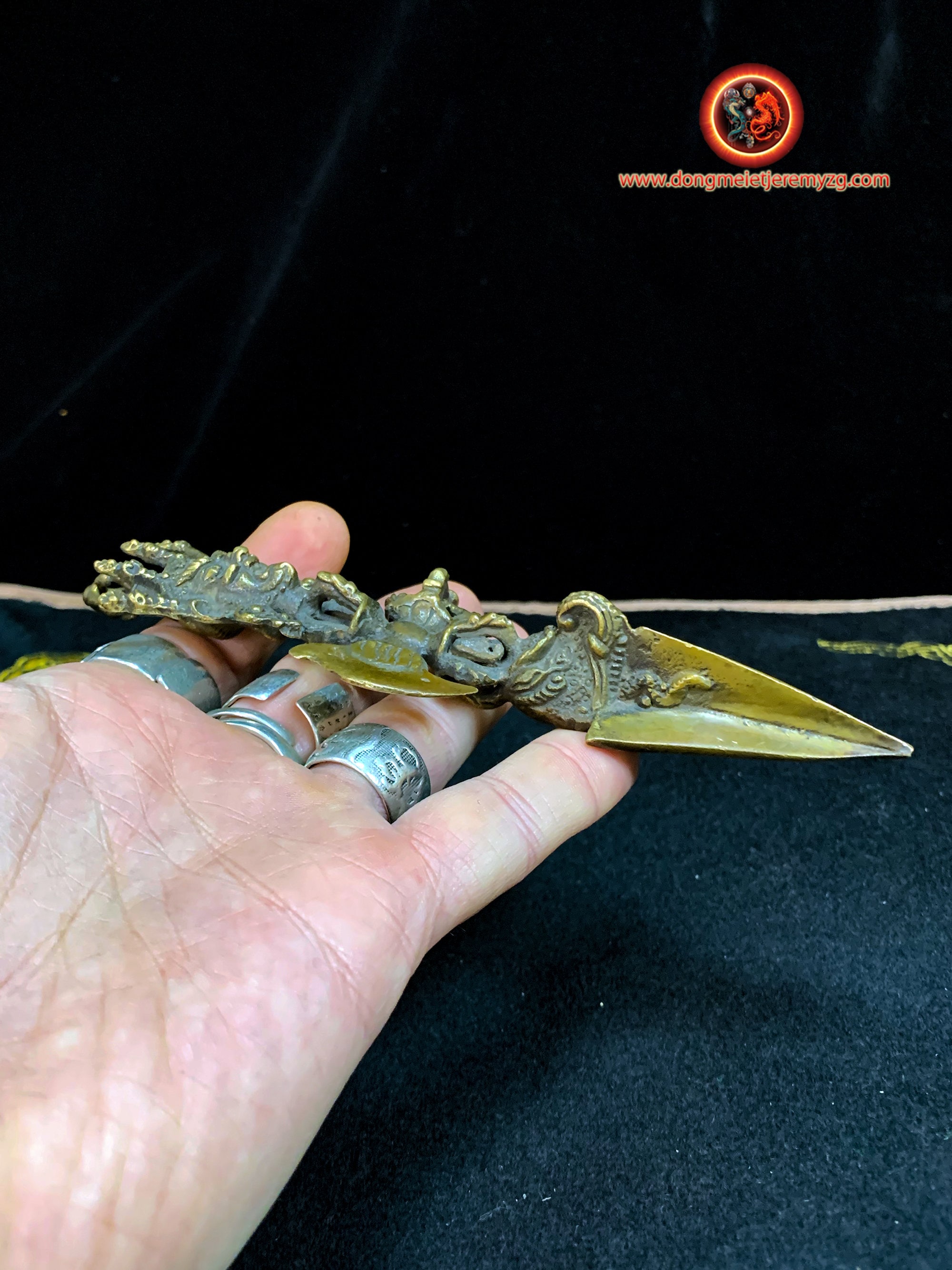 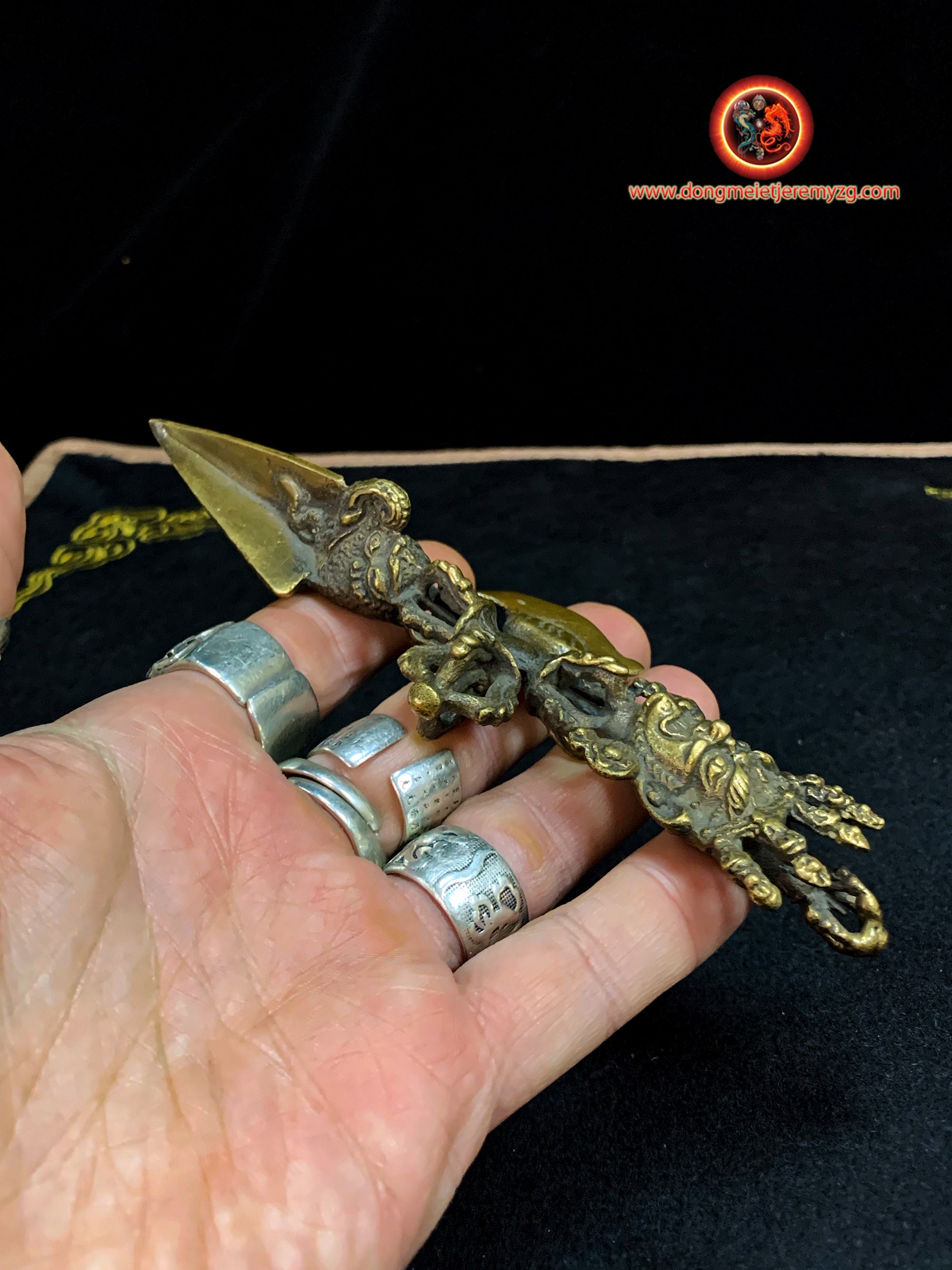 Representation of Mahakala on the pommel of Phurba


Called the "Great Black", Mahakala is peculiar to Tibet and is called Mong-po, and was accepted as a tutelary deity of Mongolia in the seventeenth century under the name of Yeke Gara, under Tibetan influence.

Below Mahakala is depicted a kartika

A kartika or kartrika is a small ritual skinning knife in the shape of a crescent used in the. Tantric ceremonies of Vajrayana Buddhism. Kartari is said to be "one of the attributes par excellence of wrathful tantric deities". It is commonly referred to as the "knife of the dakinis". Its shape is similar to that of the Inuitsulu or women's knife, which is used for many things, including skin cleansing.