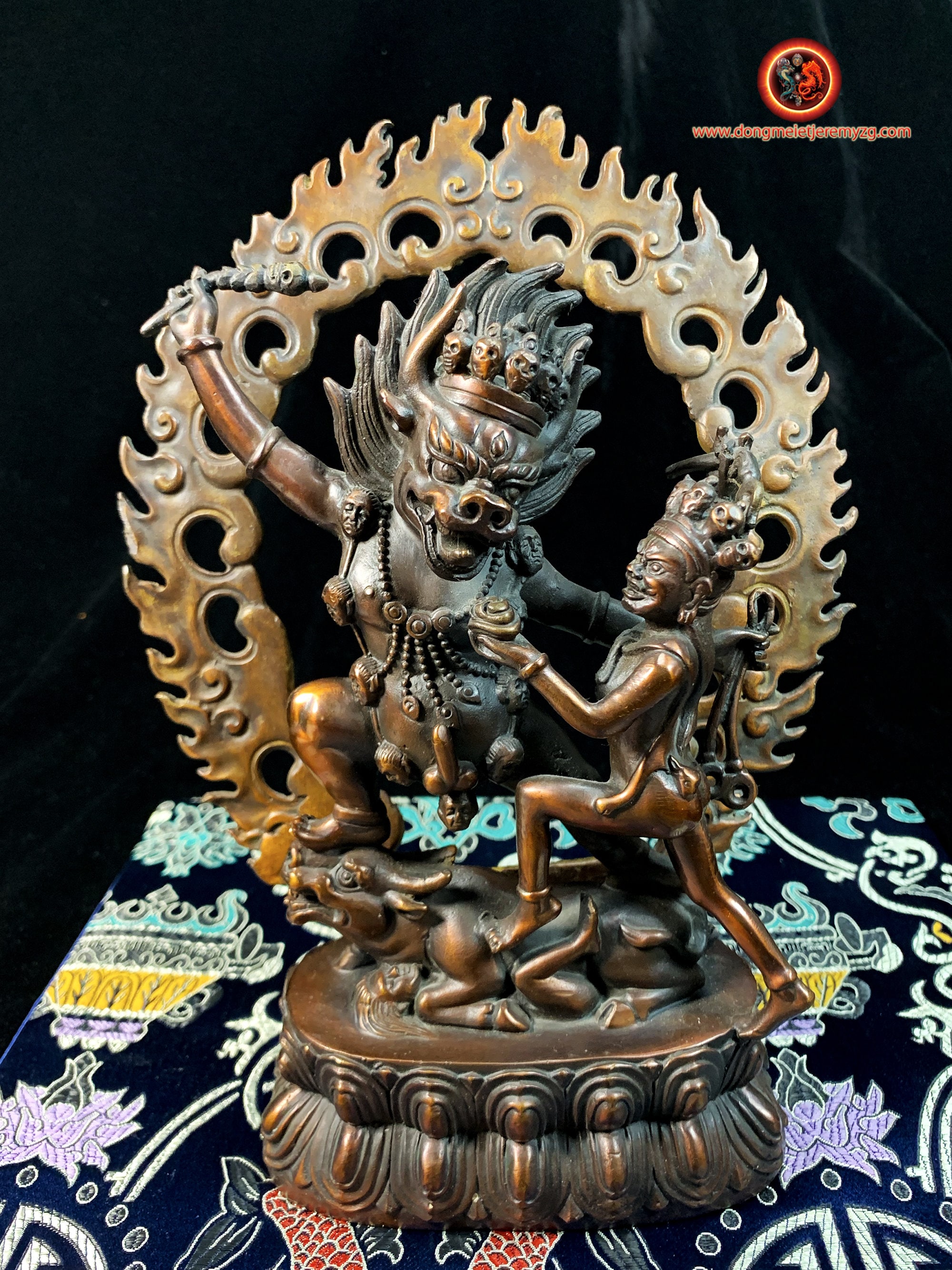 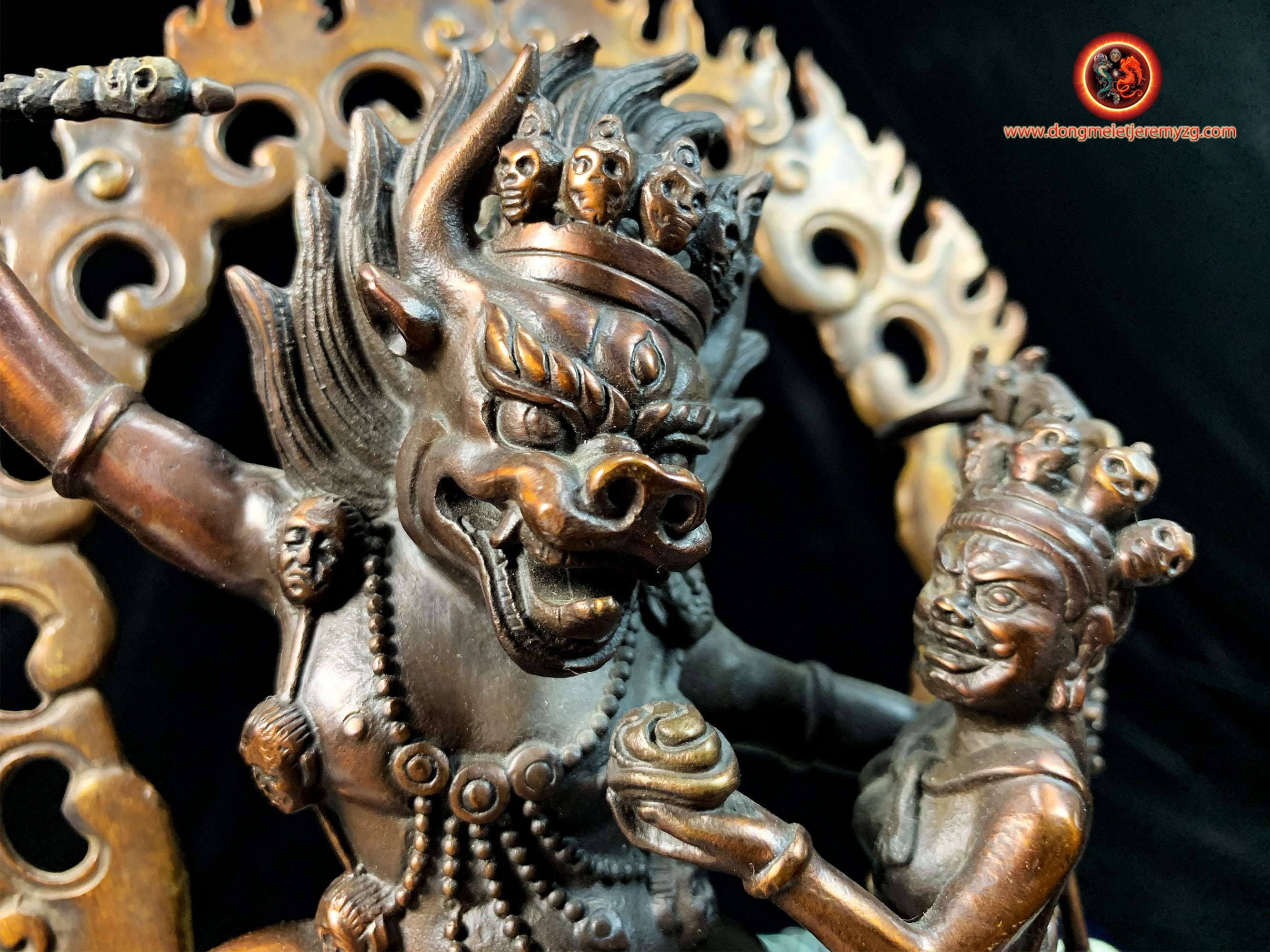 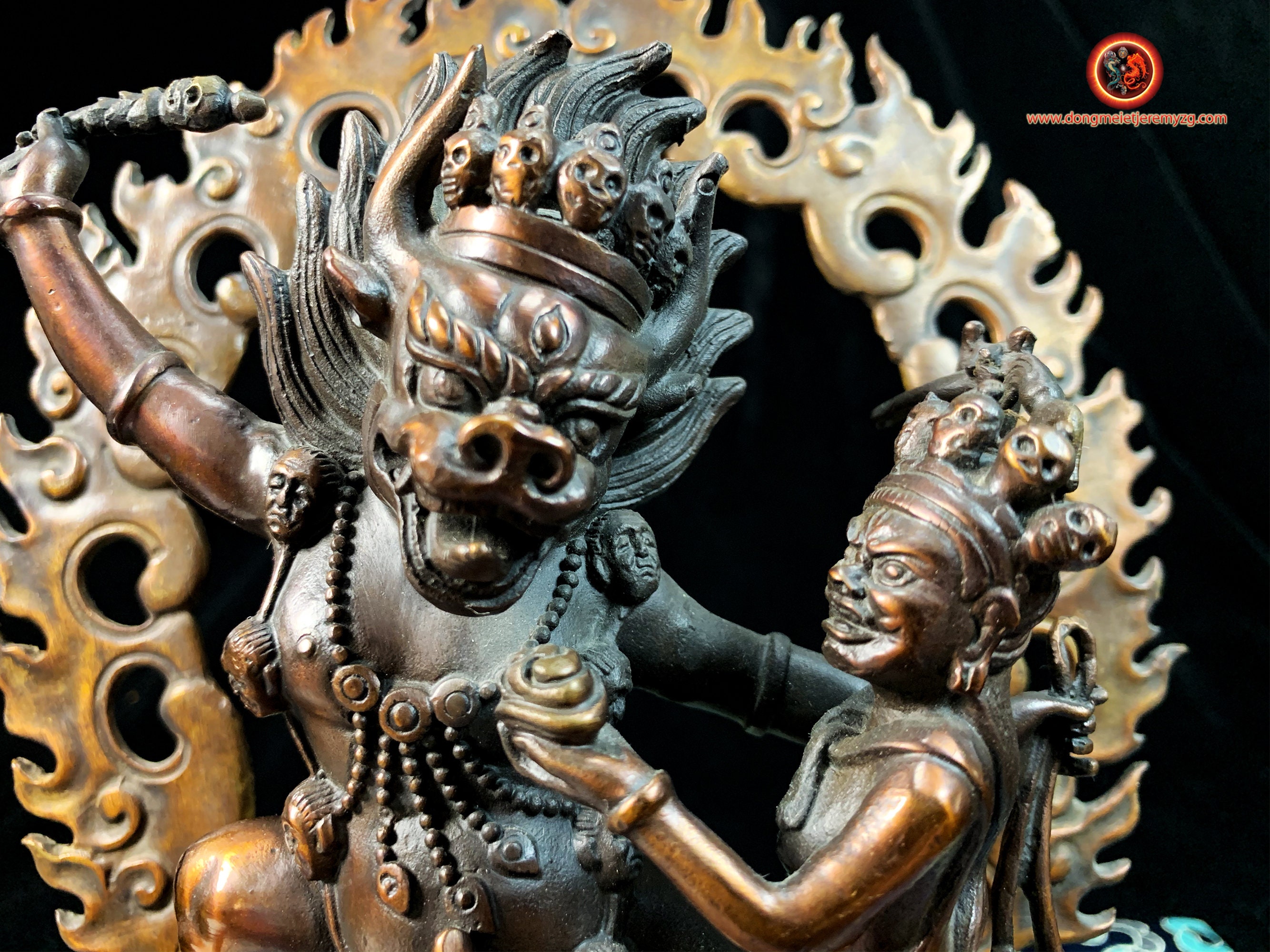 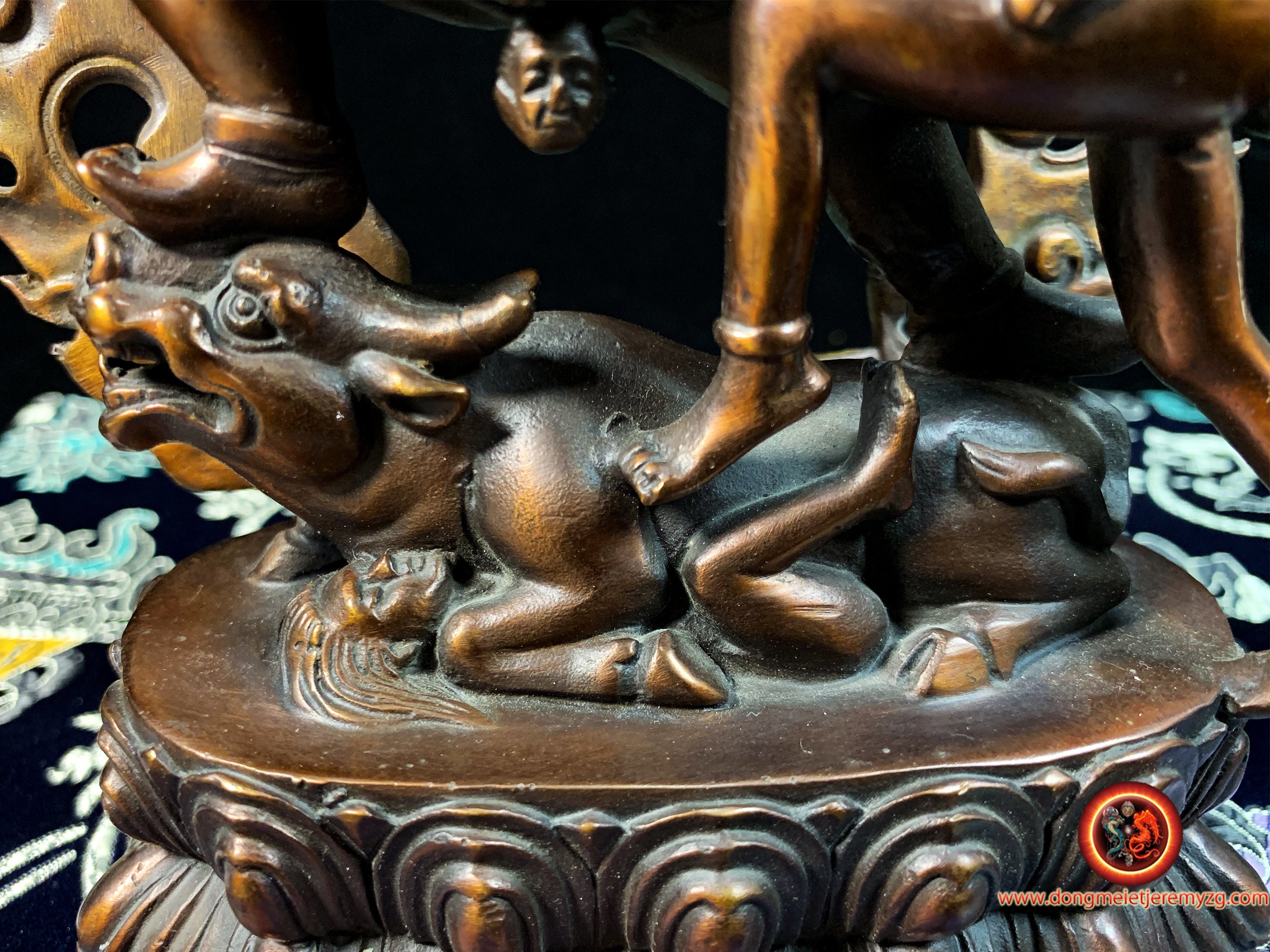 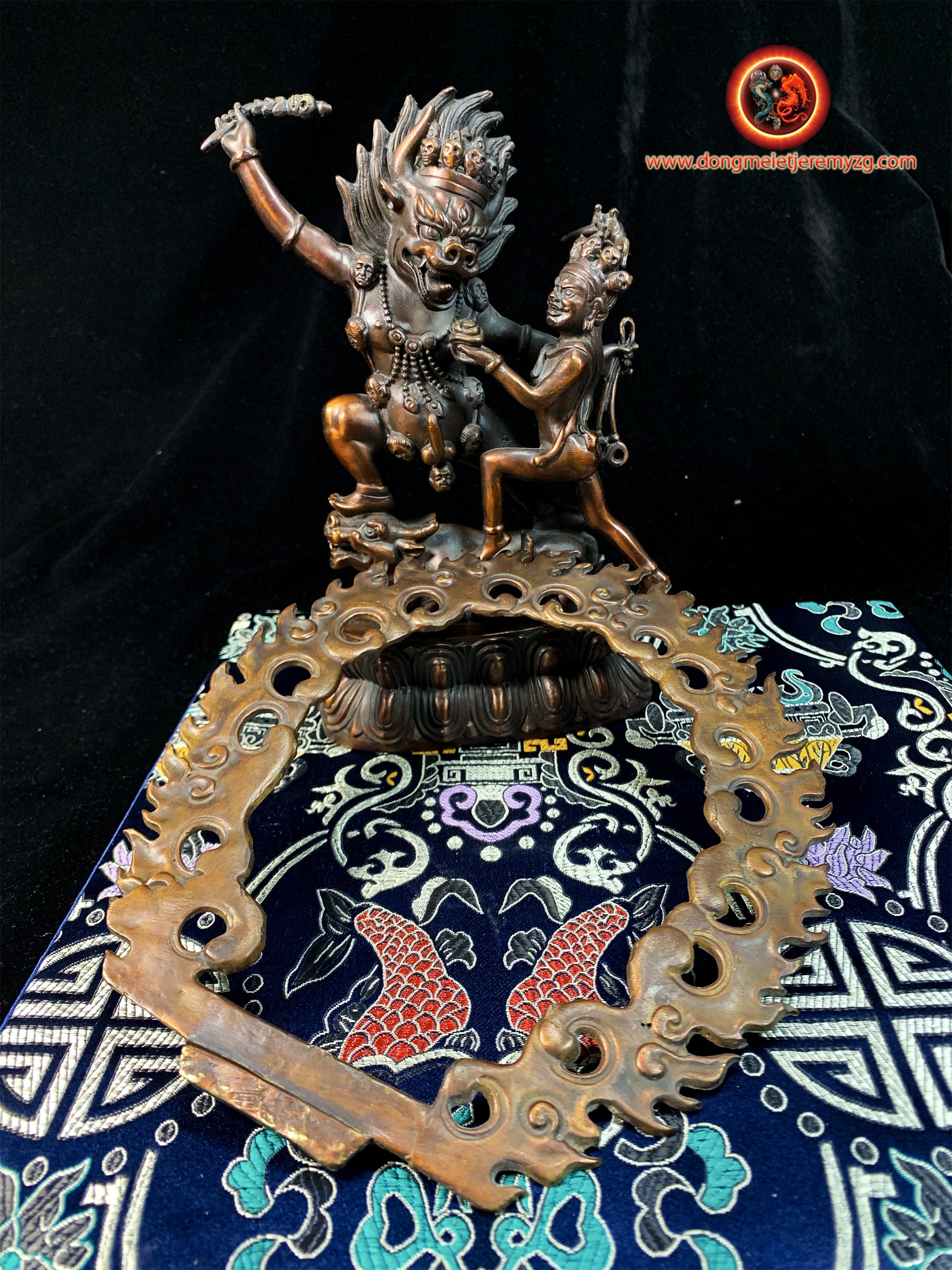 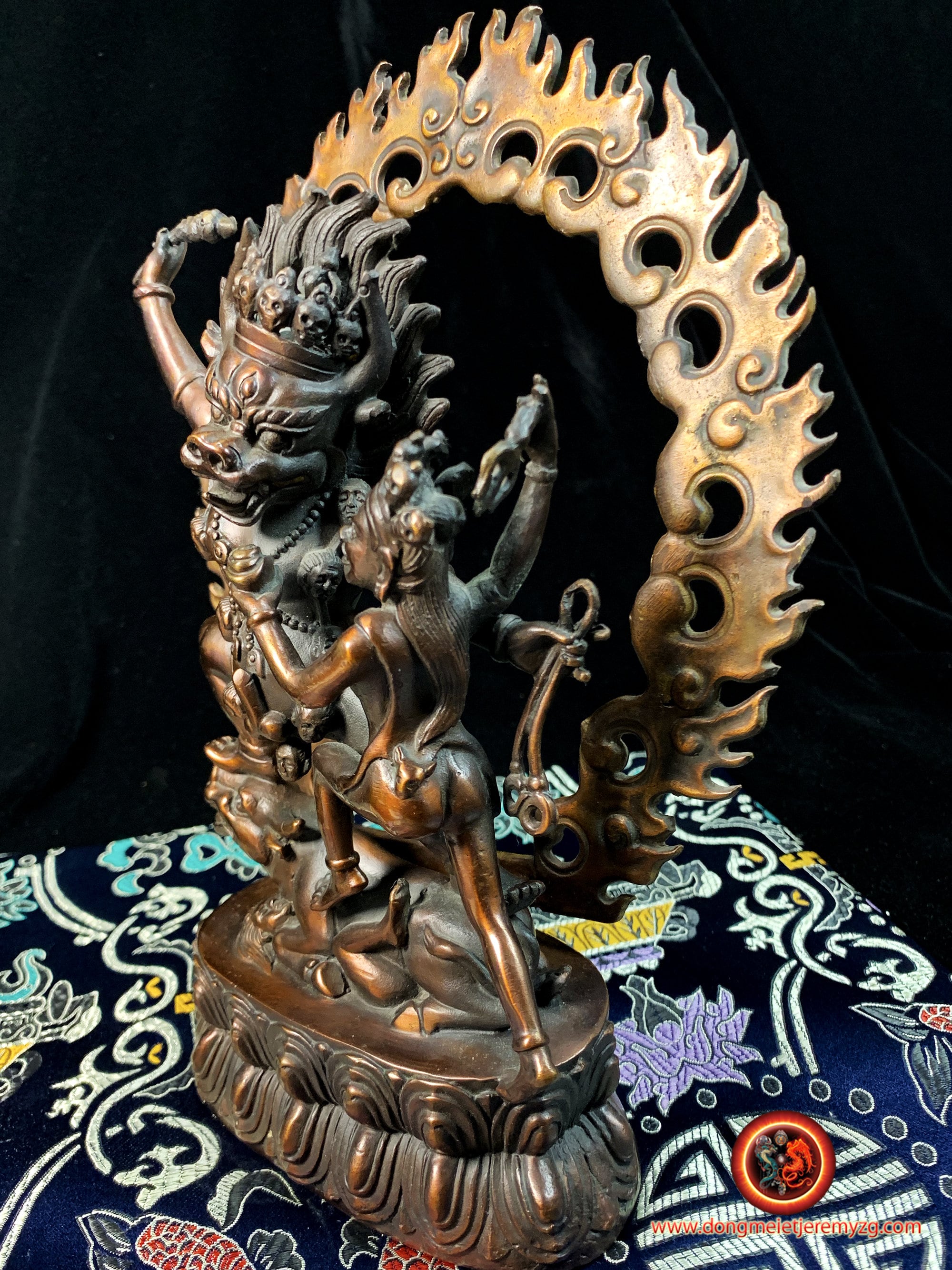 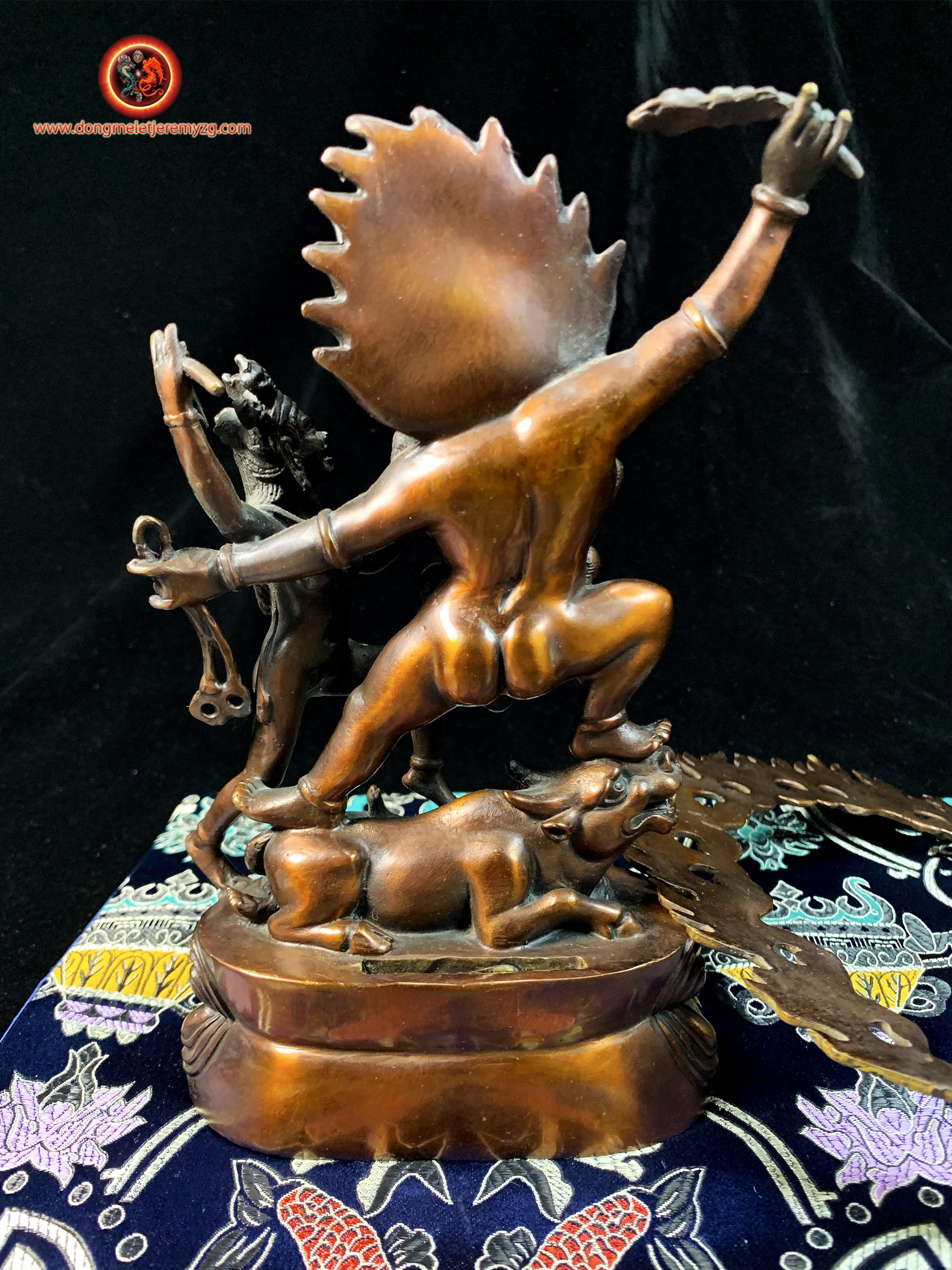 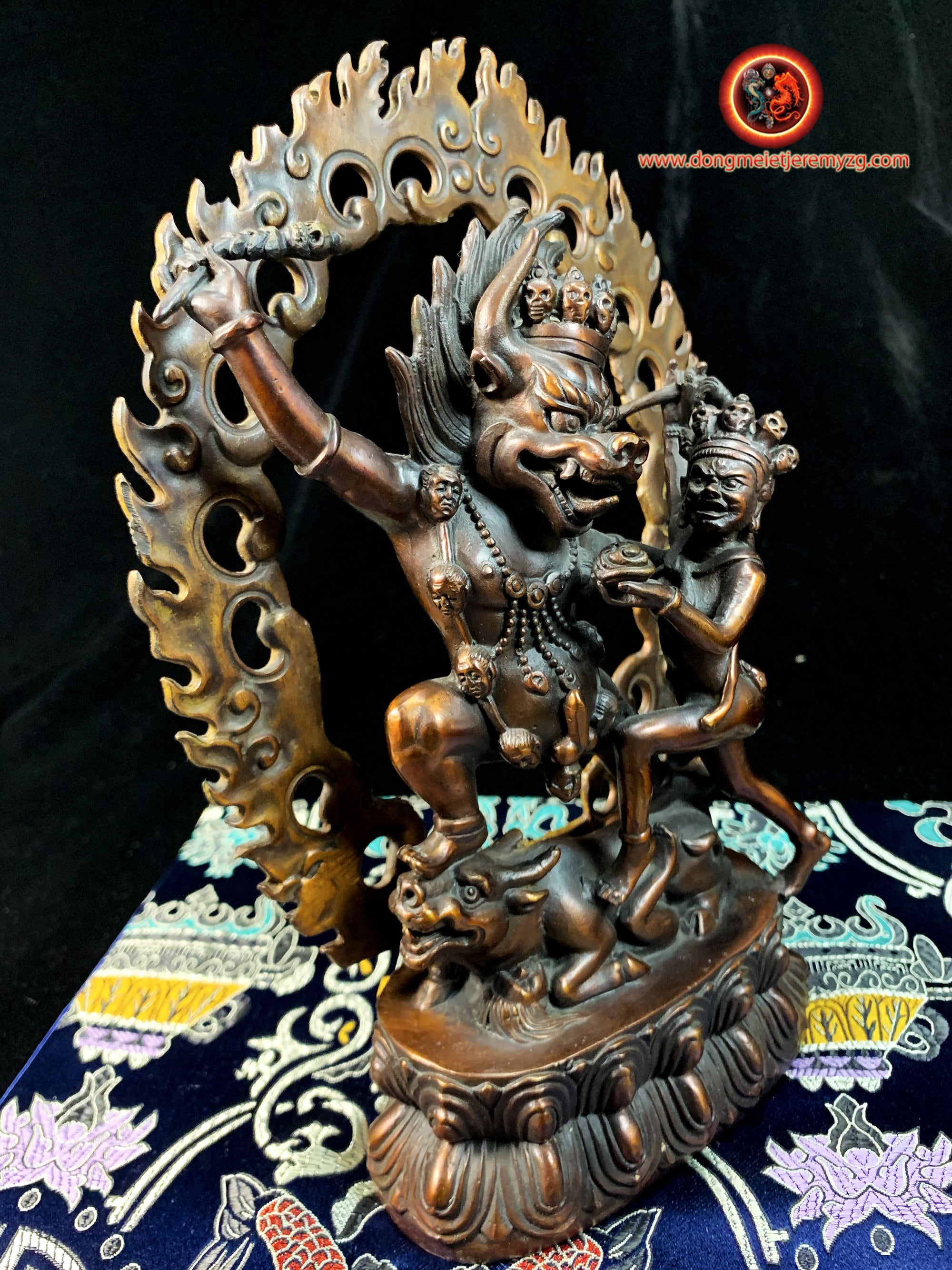 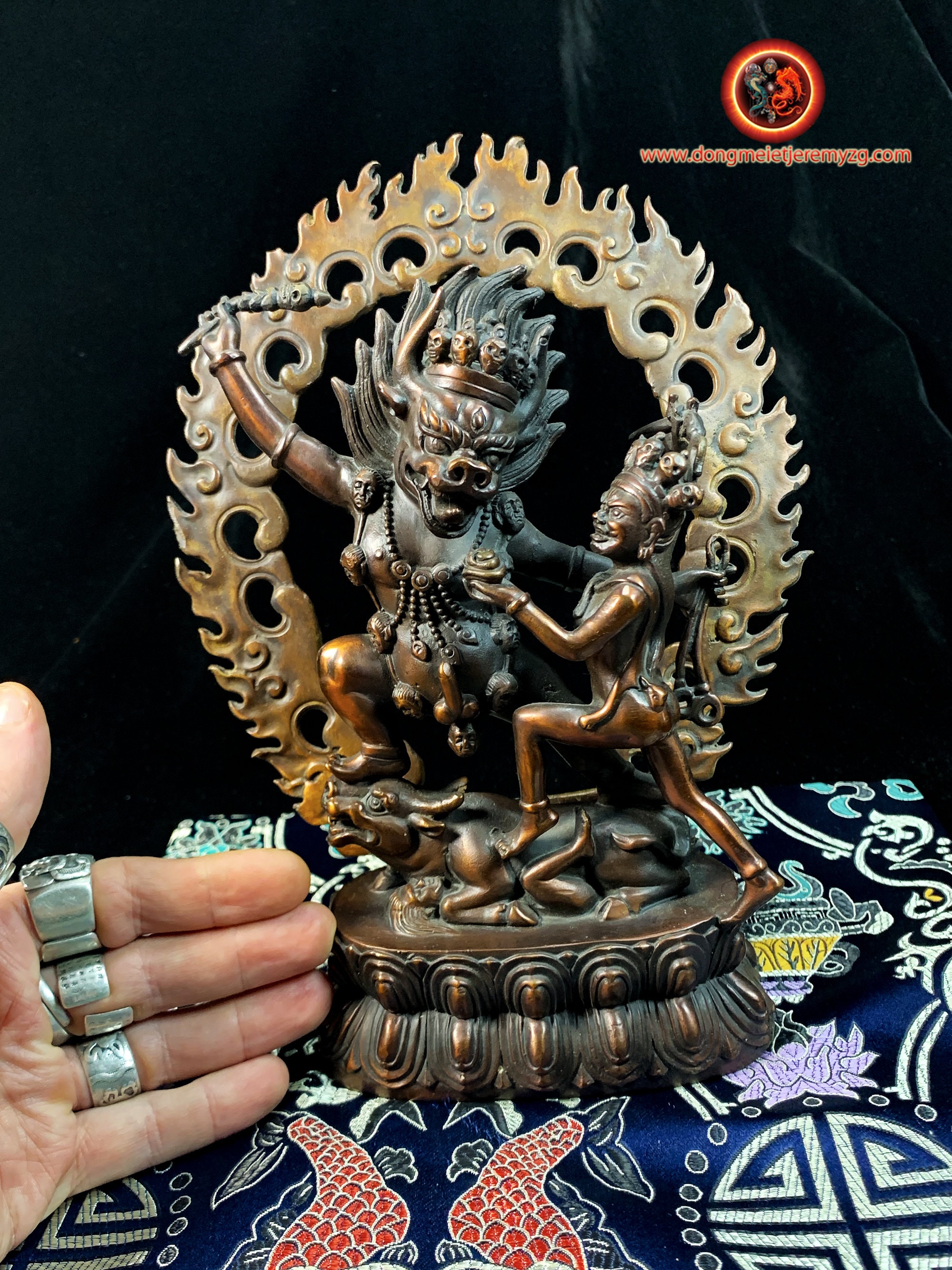 Esoteric Buddhist statue, tantric Yidam Yamantaka in its yamari form accompanied by its Ventali paredre.
Purple bronze.
The bronze used is called purple bronze. It is a high-quality bronze, holding its characteristic color to a high copper content.
Tibetan statuette made by specialized Tibetan craftsmen.

Yamāntaka is the "death-destroying" deity of Vajrayana Buddhism. He is sometimes conceptualized as "conqueror of the lord of death".
Yamāntaka is a Sanskrit name that can be broken down into two main elements: Yama, the god of death; and destructive antaka. Thus, Yamāntaka means "destroyer of death" or "conqueror of death."
Cultural heritage of Kalanta, an aspect of the Hindu god Shiva who saves his disciple from the clutches of death Yama and is seen as the deity that was the origin of the Mahamrityunjaya Mantra of Buddhism and Hinduism.

His depiction reflects Yama in many ways: riding a buffalo very frequently and often depicted with a bovine head.

Because of this resemblance to Yama as well as the similarity in name, one very frequently finds texts (which would seem to be reliable sources) confusing both Yamāntaka and Yama as being the same deity when they are not.

In Buddhism, "ending death" is a quality of all Buddhas because they have stopped the cycle of rebirth, samsara. Thus Yamāntaka represents the purpose of the Mahayana practitioner's journey to enlightenment, or the journey itself: at the final awakening, Yamāntaka is manifested – the end of death.

Yamāntaka is an angry expression of Mañjuśrī, the Samyaksambuddha of wisdom that, in other contexts, also functions as a dharmapala or a Herouka.

The statuette depicts Yamāntaka in its so-called red Yamari form.
Appearing both in ancient and recent tantras. He appears very angry, adorned with macabre attributes in full, he stands legs split on a buffalo above a lotus with sun disc.
With the dextrous, he brandishes a skull stick.
He is accompanied by Vetali, holding a trident and cranial cup filled with blood.
Both are surrounded by flames.