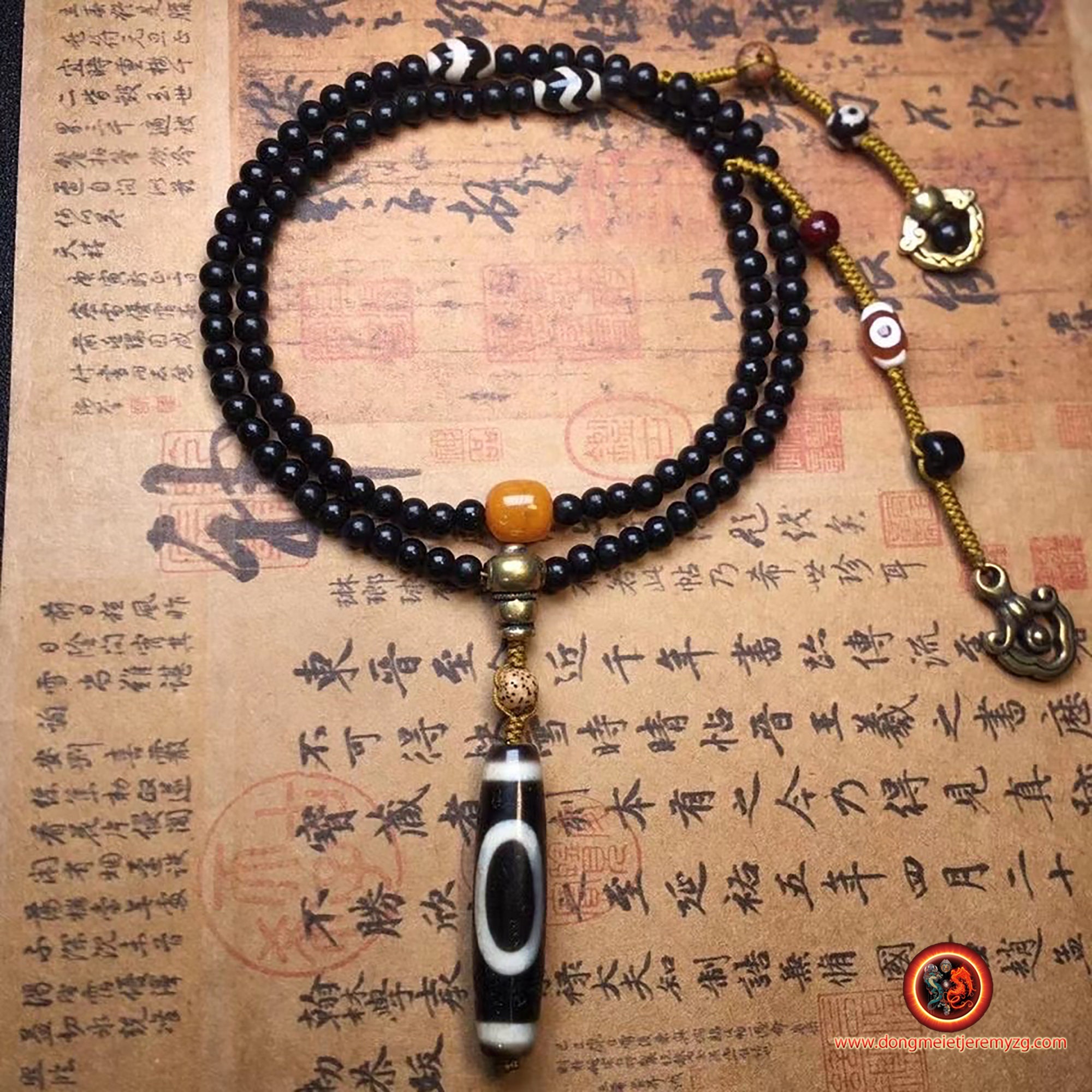 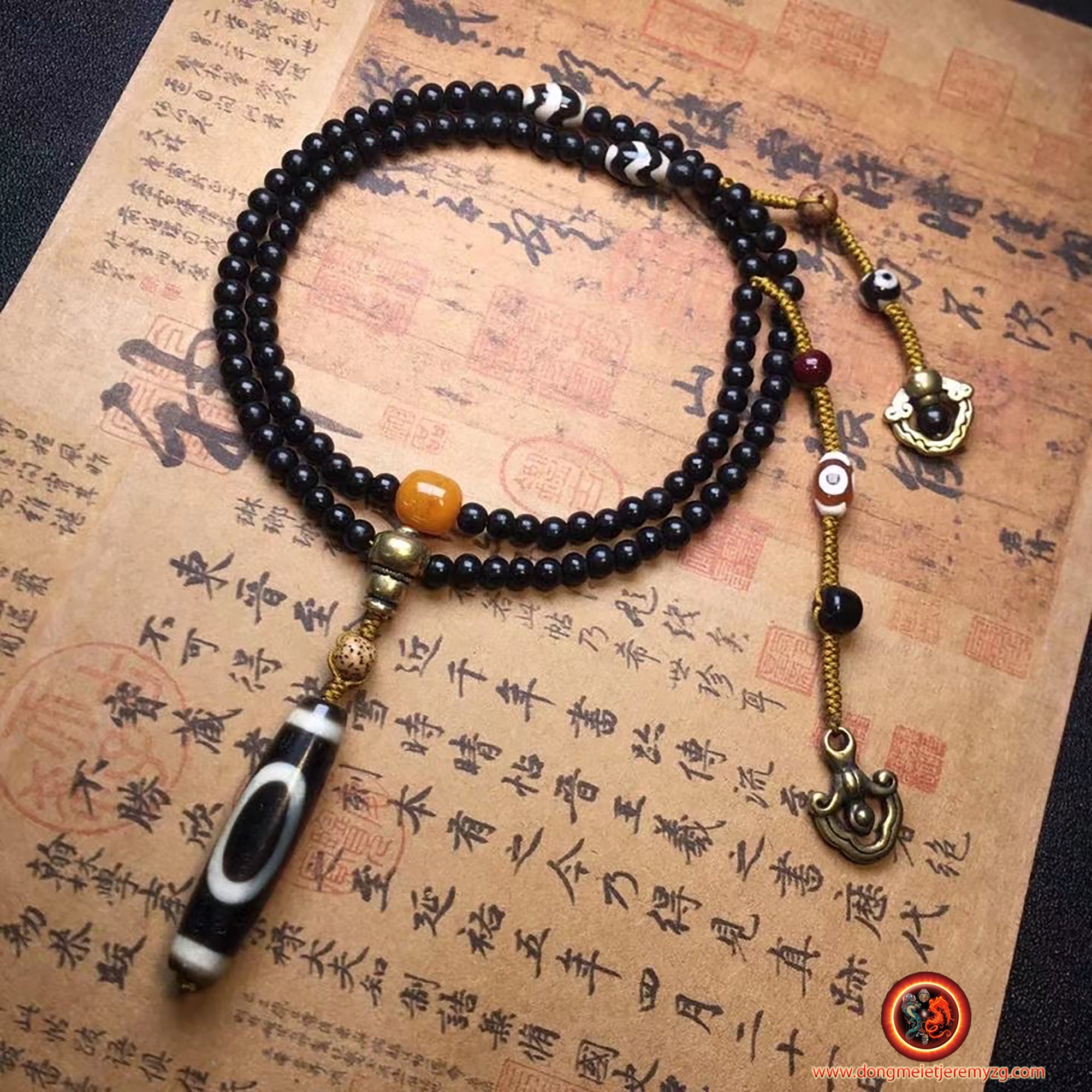 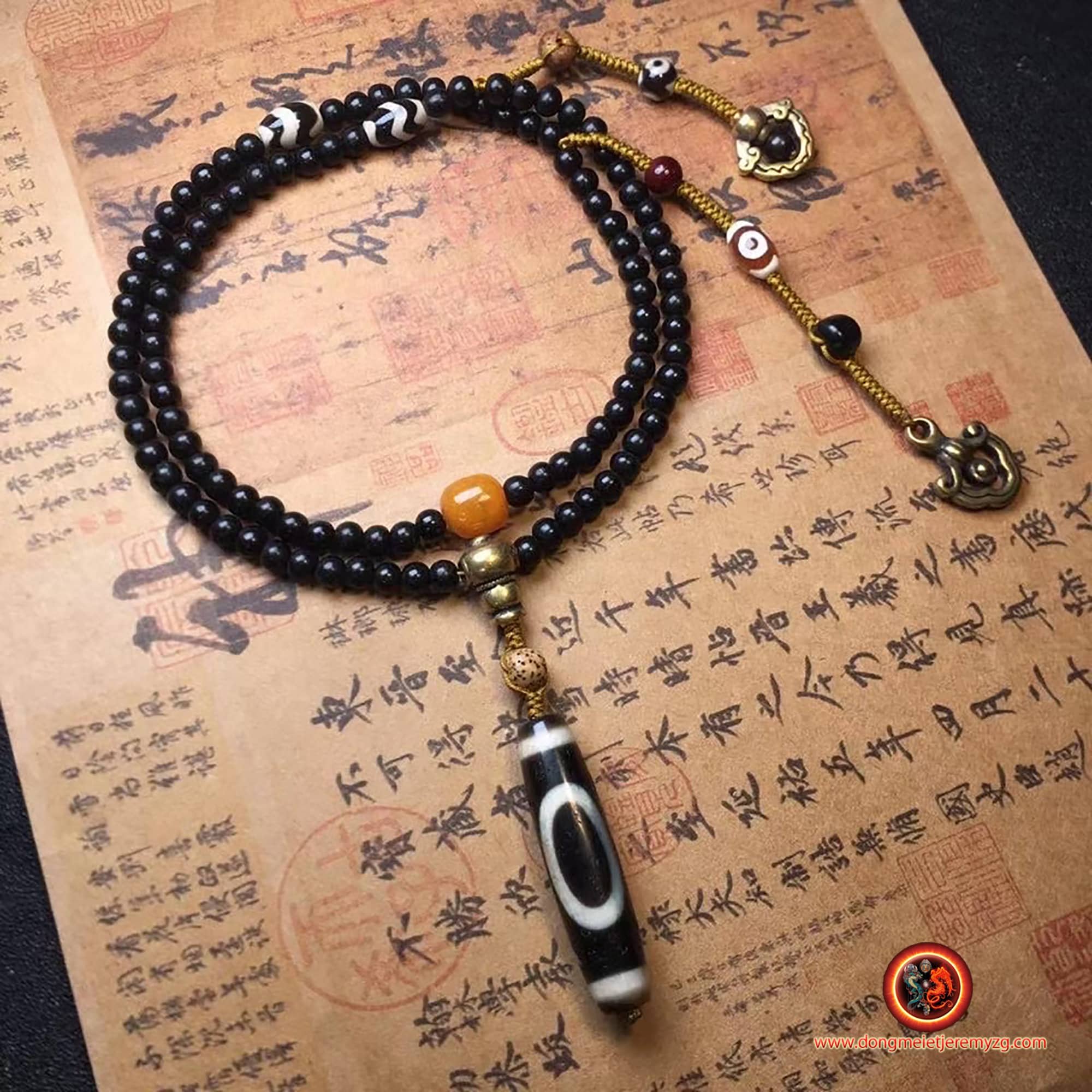 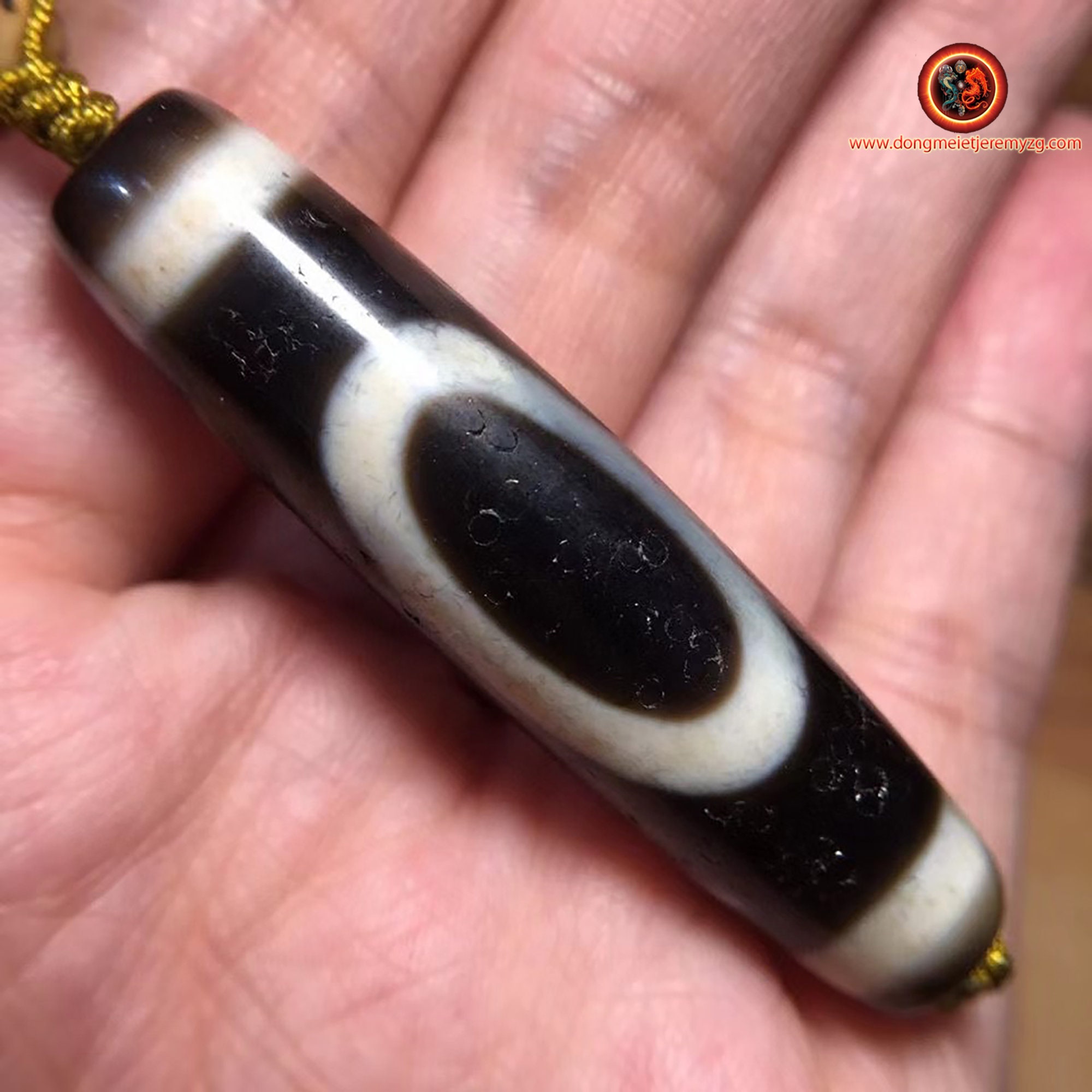 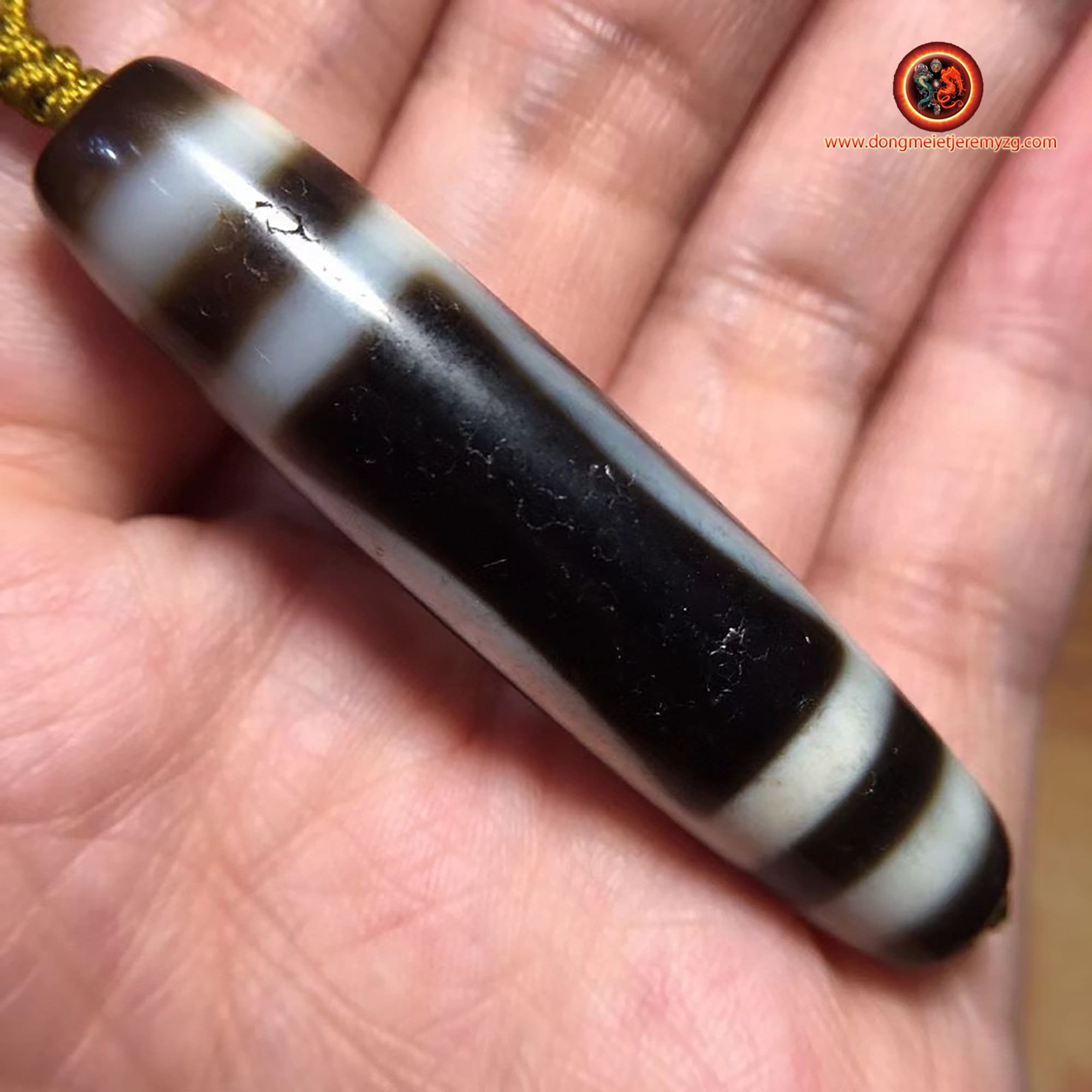 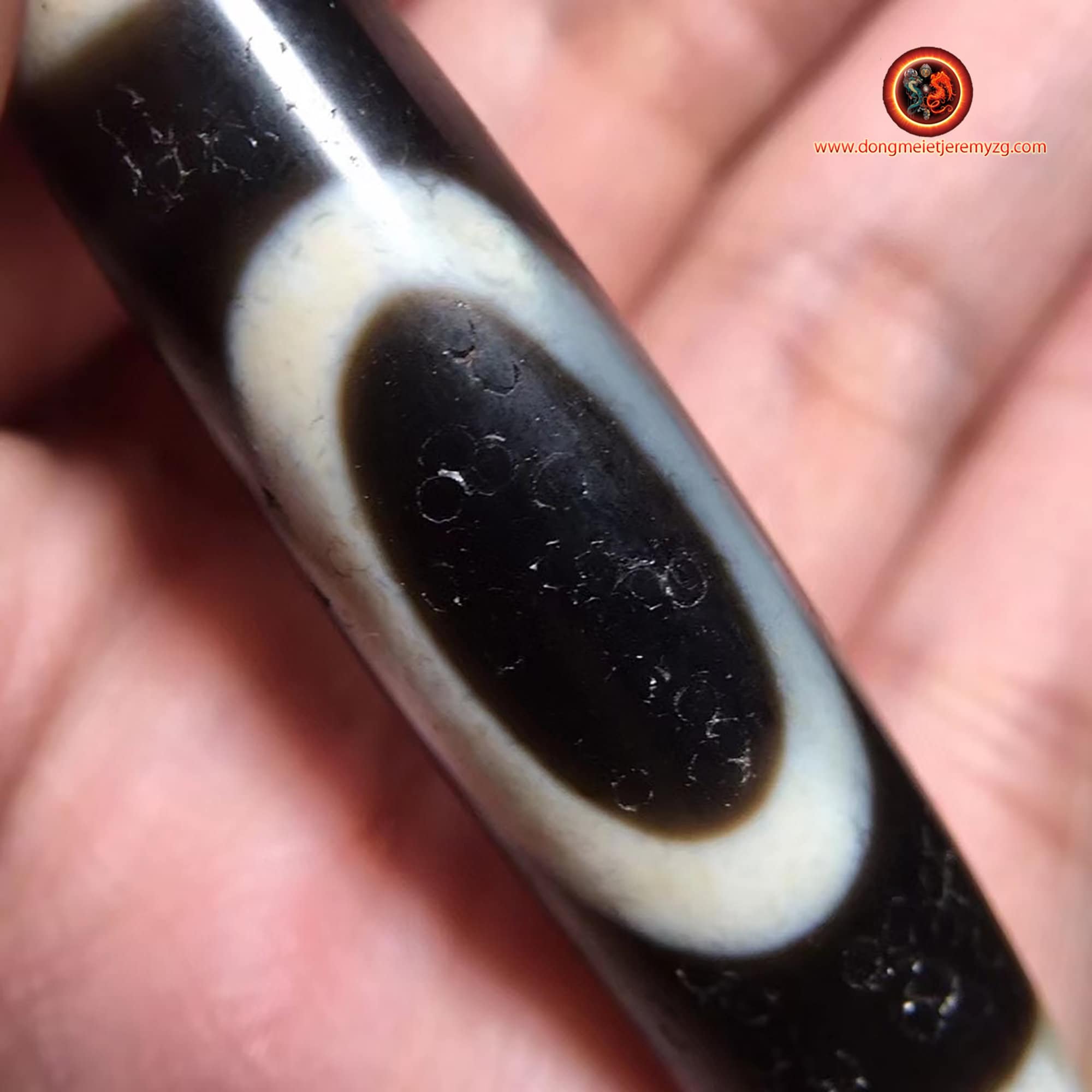 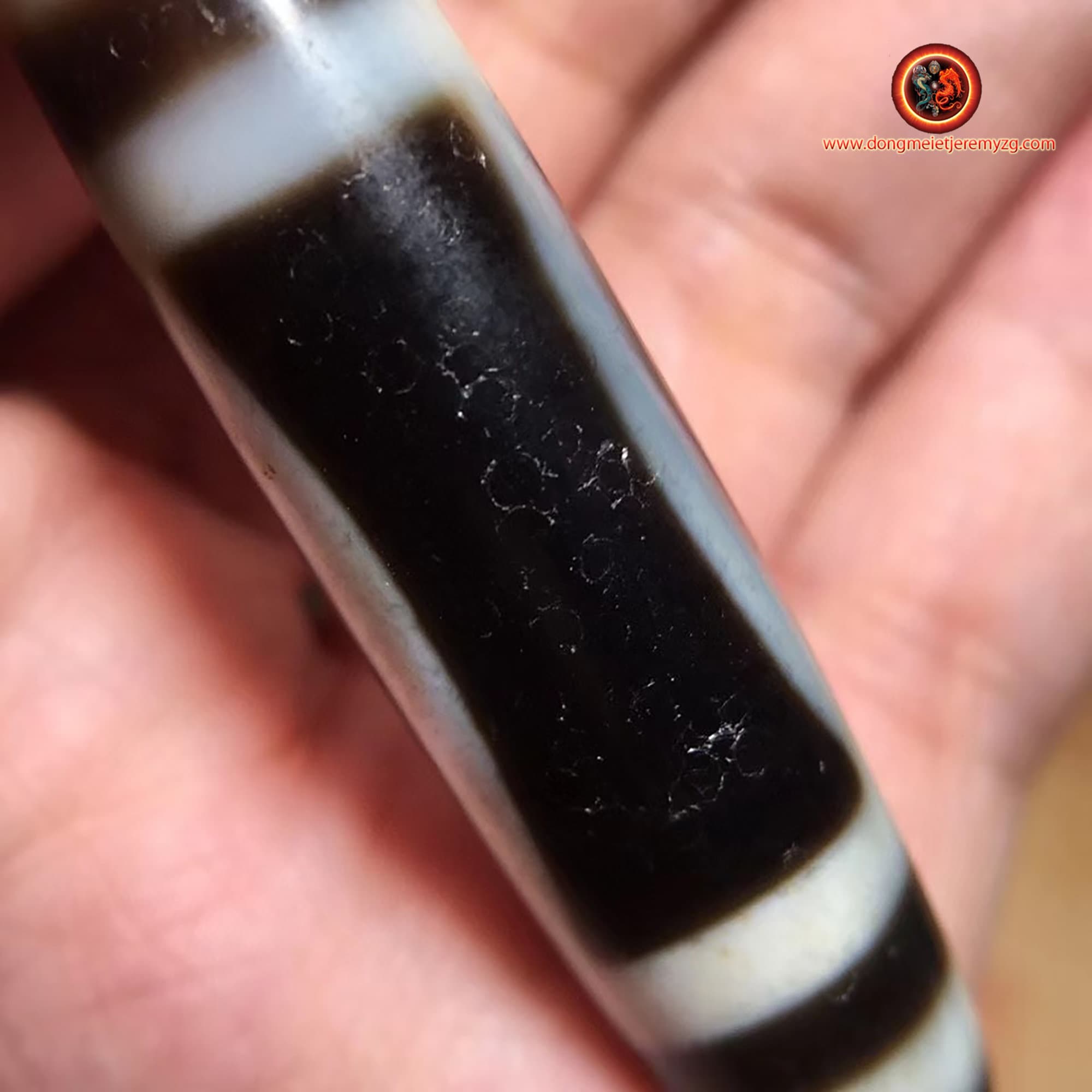 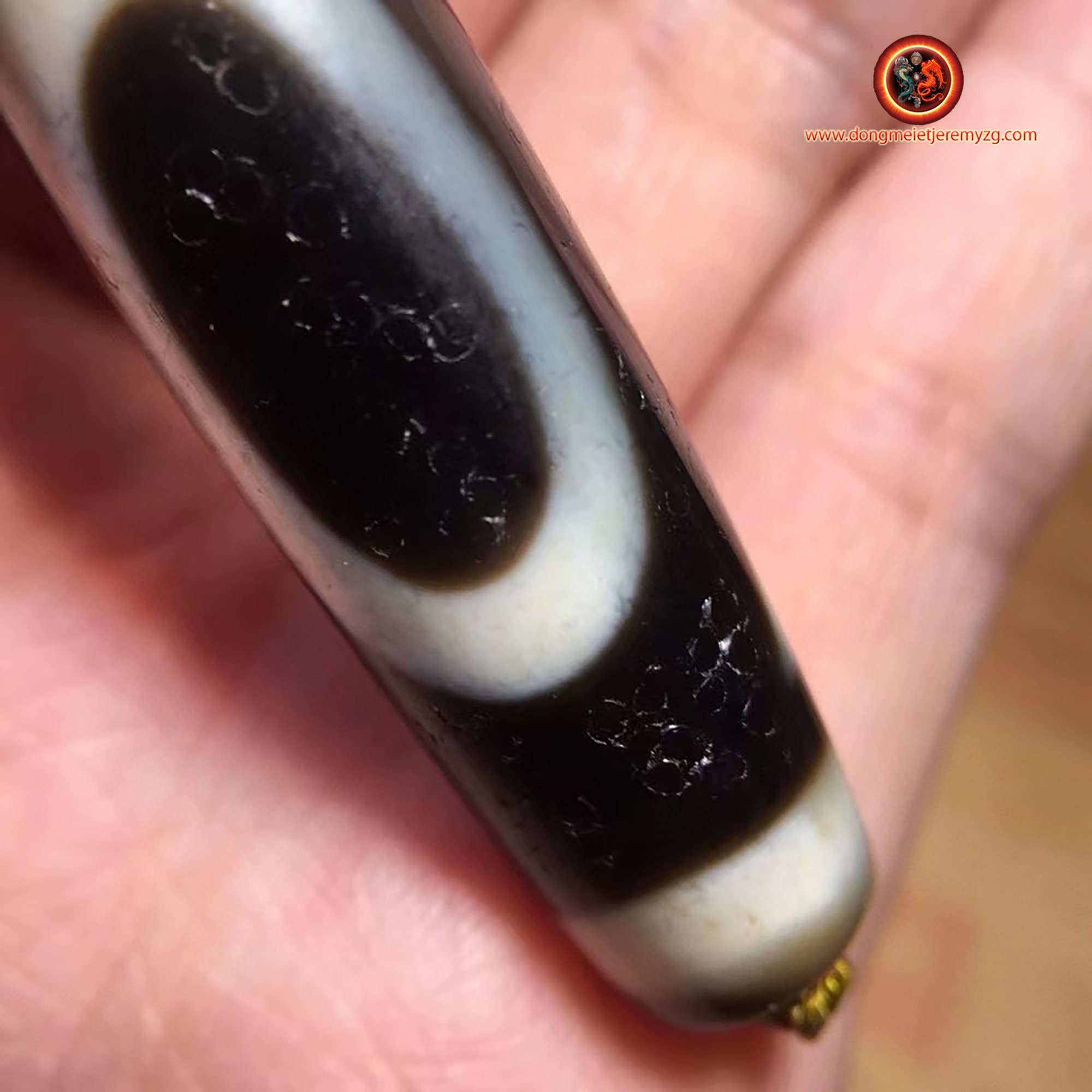 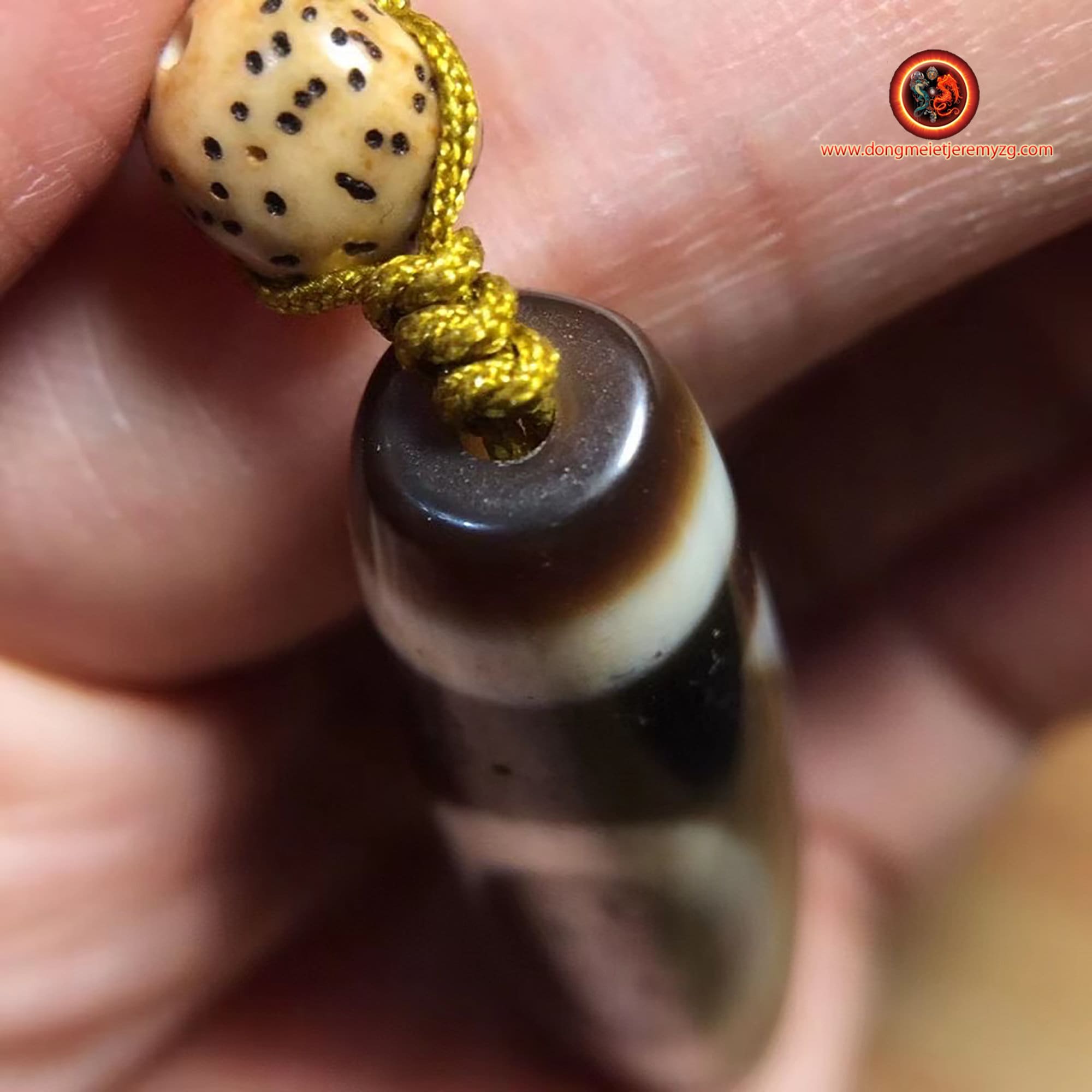 A sacred Tibetan Agate, DZI "gate of earth and heaven" supposed, according to Tibetan tradition, reconciles the male and female principle, protects against bad magic and avoids misfortune.

Also two DZI said tiger-toothed
The teeth of the tiger DZI give the person who wears this DZI will-power and persistence. It is believed that this stone helps to focus the mind and realize one's personal aspirations.


Authentic DZI, as a gemologist graduated from the National Institute of Gemology (Paris, France) all our stones are appraised and athentified by us.

In Buddhism, sandalwood is one of the Padma (lotus) and corresponds to the Amitabha Buddha, moreover the element of this Buddha is fire and its color, red. Sandalwood is considered capable of transforming desires and retaining the attention of a person practicing meditation.
Sandalwood is one of the main constituents of incense made in China, Taiwan, Japan, Vietnam, Korea, and is intended to be lit in temples or during cults. It is also used a lot in India for these same applications.
Among the sacred trees of Buddhism, like the sacred fig tree (pipal)


The Dzi is a Tibetan pearl, of distant origin, bringing many mystical benefits and benefits to its wearer. He is a Tibetan talisman or amulet, the king of lucky charms, sometimes revered as a true deity. The success of the Tibetan pearl comes from its multiple eyes, up to 21.

The Dzis are supposed to bring good fortune, ward off evil spirits, and protect its wearer from dangers and accidents, and even bring longevity and good health.

Pearls very similar to the Dzi are found in many parts of the world, in Asia (Cambodia for example) but also in archaeological sites in Mesopotamia and even in Carthage The stone is in agate and the drawings are made by hand according to a secret technique.