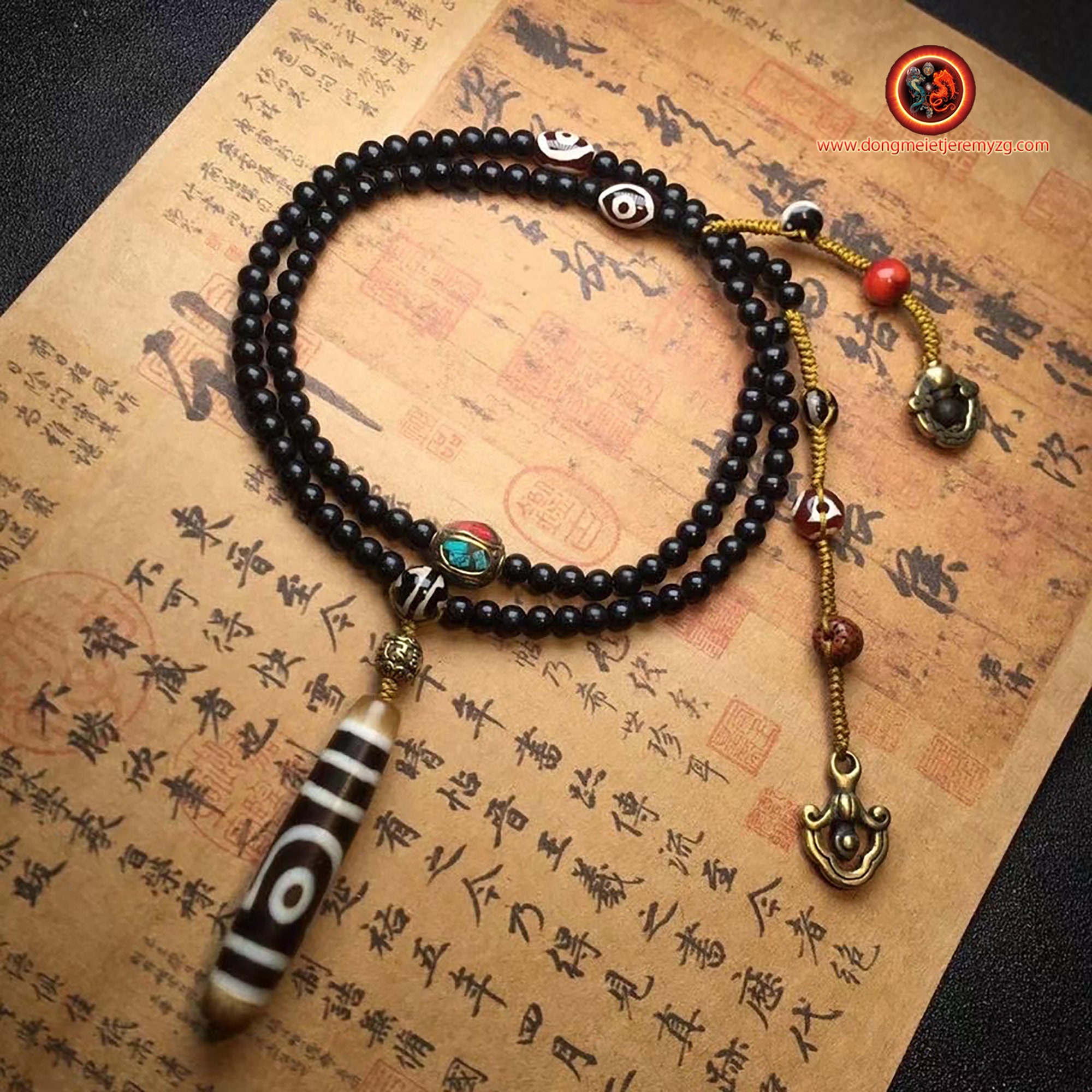 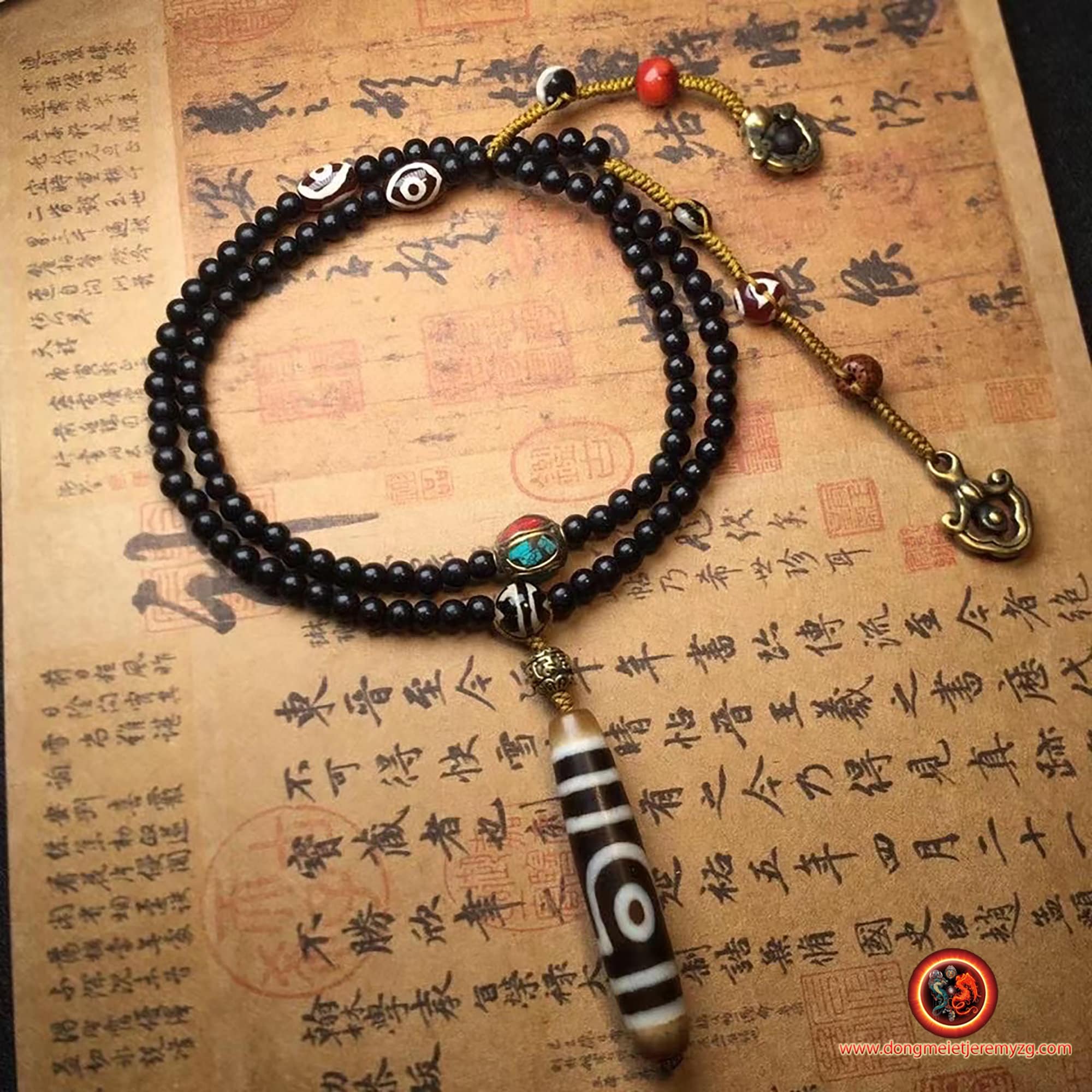 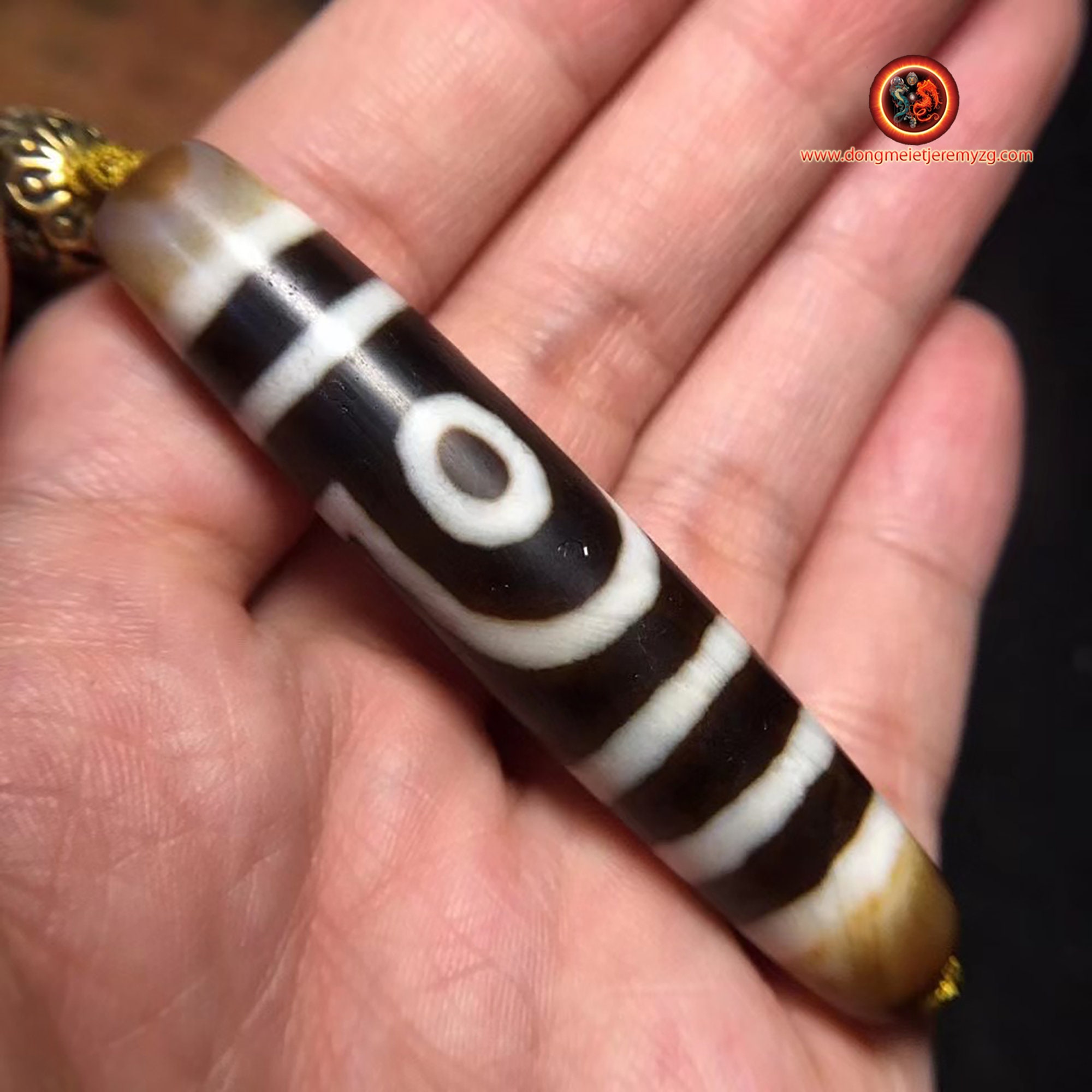 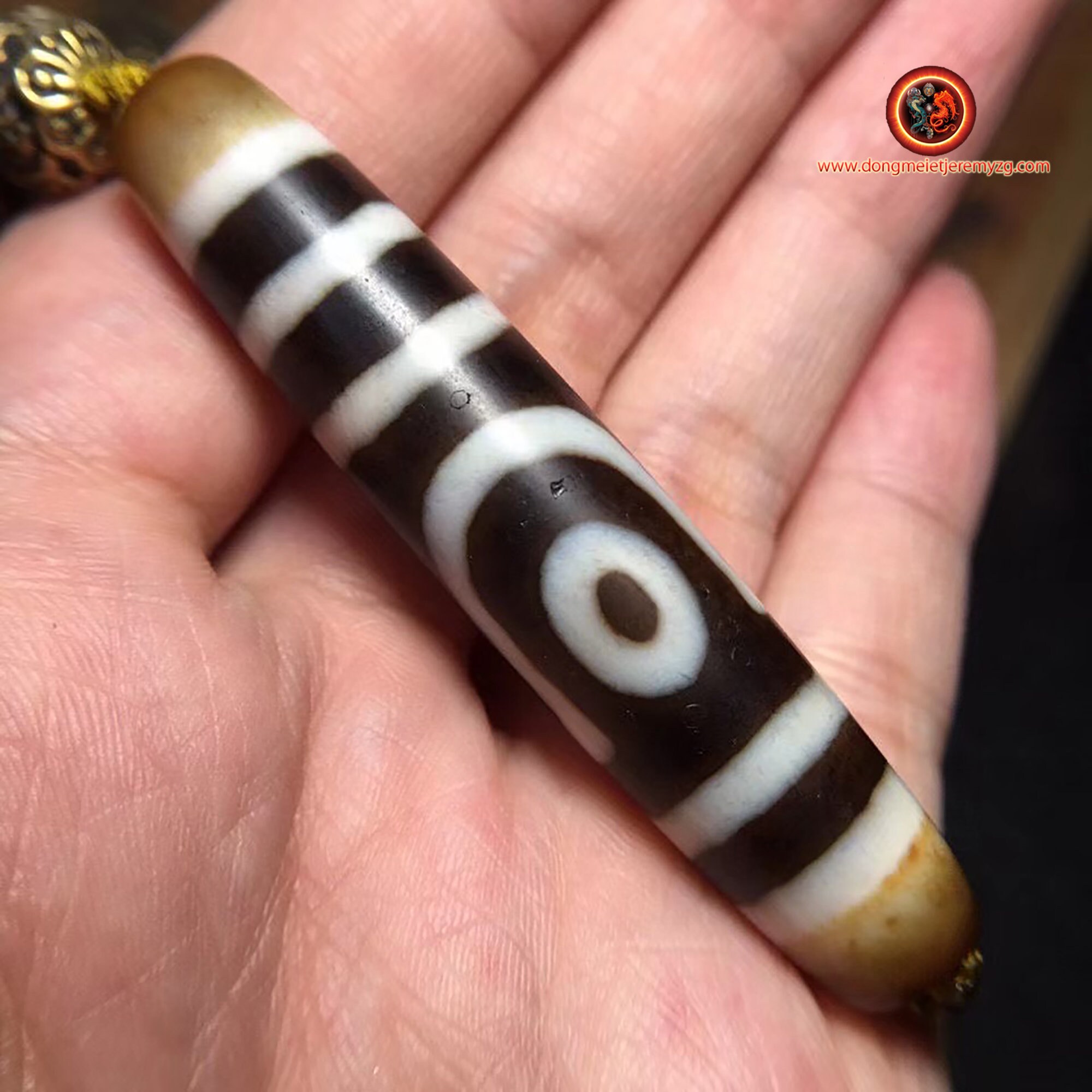 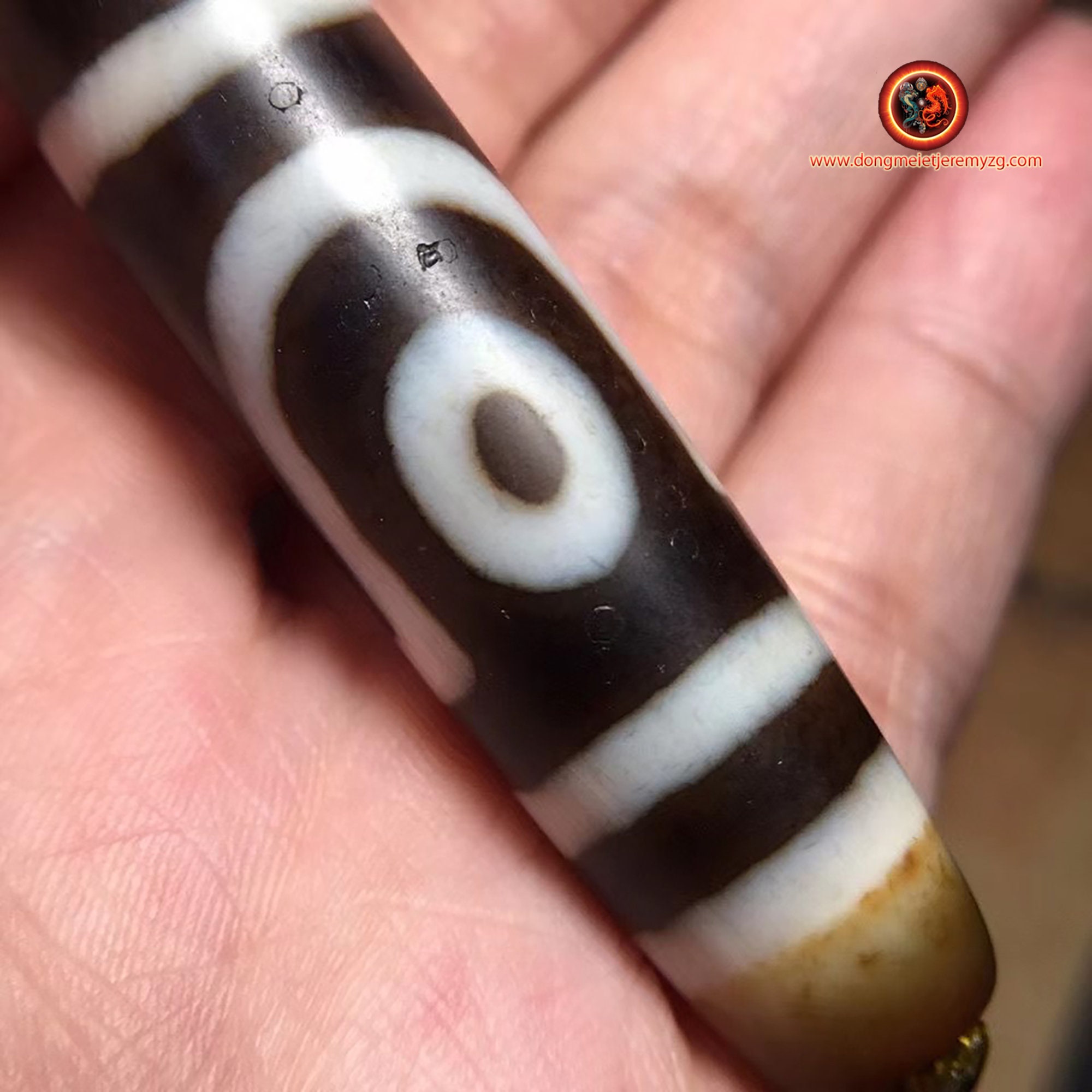 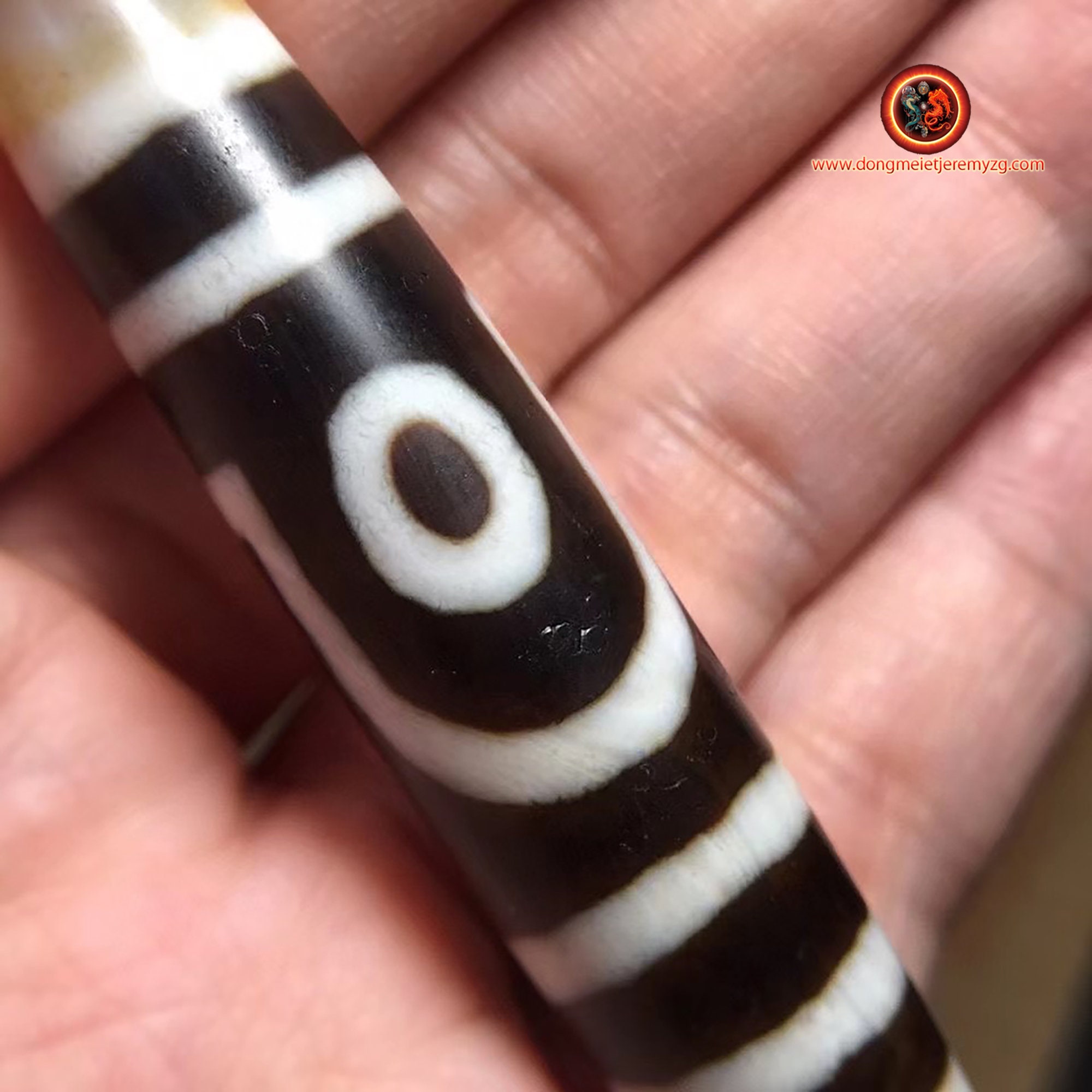 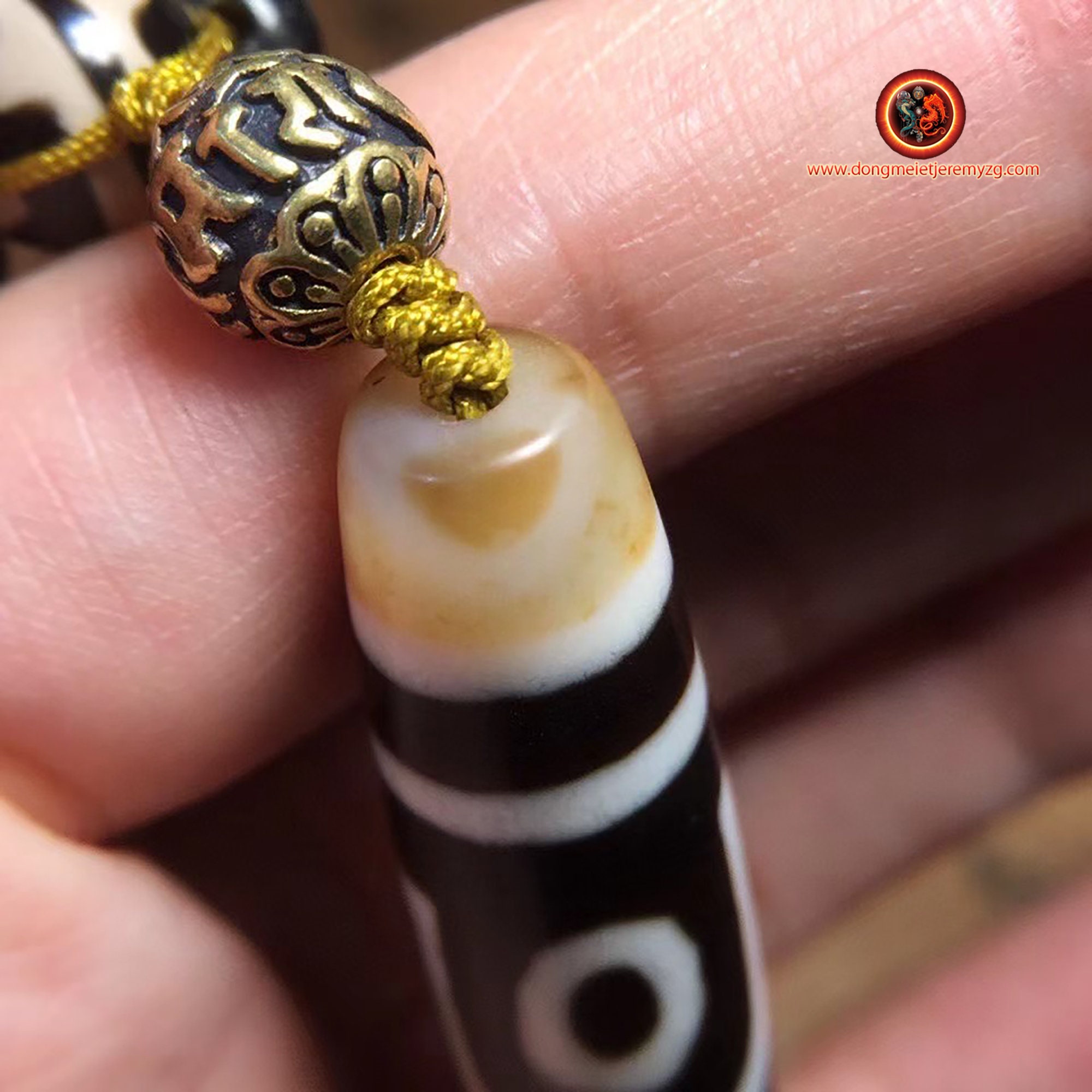 Mala Buddhist rosary
108 A+ grade black sandalwood beads originating in India
Tibetan sacred Agate, two-eyed DZI
The 2 eyes allow harmony between husband and wife to build a happy family, to ensure success and good relations with others. The 2-eyed pearl represents the harmonious concept of Yin and Yang, the vital balance. So this pearl strengthens stability and balance.

Authentic DZI, as a gemologist graduated from the National Institute of Gemology (Paris, France) all our stones are appraised and athentified by us.

In Buddhism, sandalwood is one of the Padma (lotus) and corresponds to the Amitabha Buddha, moreover the element of this Buddha is fire and its color, red. Sandalwood is considered capable of transforming desires and retaining the attention of a person practicing meditation.
Sandalwood is one of the main constituents of incense made in China, Taiwan, Japan, Vietnam, Korea, and is intended to be lit in temples or during cults. It is also used a lot in India for these same applications.
Among the sacred trees of Buddhism, like the sacred fig tree (pipal)


The IZS comes from the Central Asian region and is usually found in a region that covers Afghanistan, Iran, Tibet, India, Pakistan, Nepal, Bhutan to Burma and Thailand. They are found in many sizes and shapes, with multiple eyes and stripes. Tibetans cherish these pearls and consider them hereditary jewels. The meaning of the Tibetan word "Dzi" translates as "brilliance, clarity, splendor". In Mandarin Chinese, the dzi are called "pearl of heaven". Tibetans recognize, without being envious or jealous, the qualities of brilliant people, those people who shine intellectually and who attract the attention and admiration of all. For Tibetans, wearing a Dzi pearl can develop in everyone this natural glow called Talent.

Pearls very similar to the Dzi are found in many parts of the world, in Asia (Cambodia for example) but also in archaeological sites in Mesopotamia and even in Carthage The stone is in agate and the drawings are made by hand according to a secret technique.