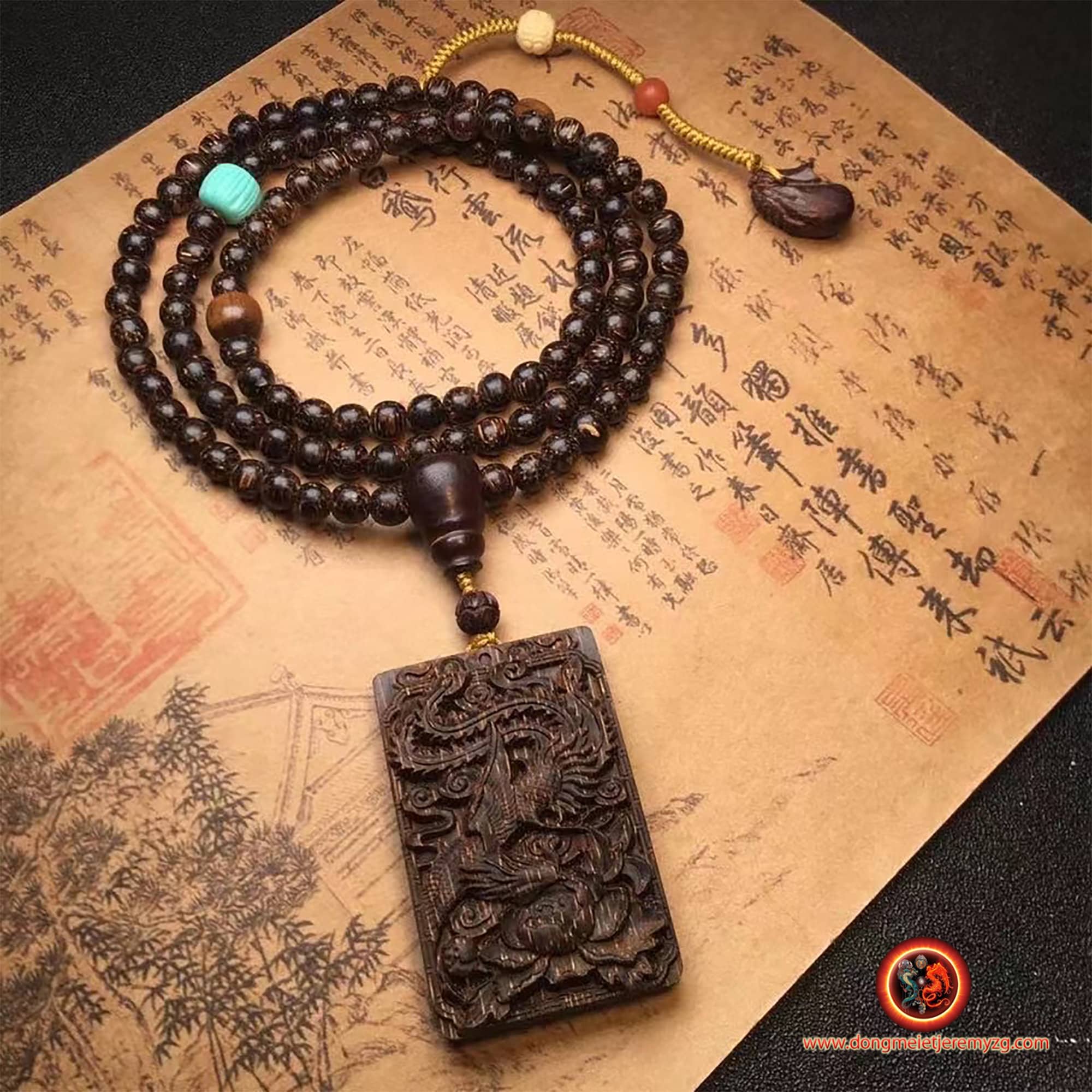 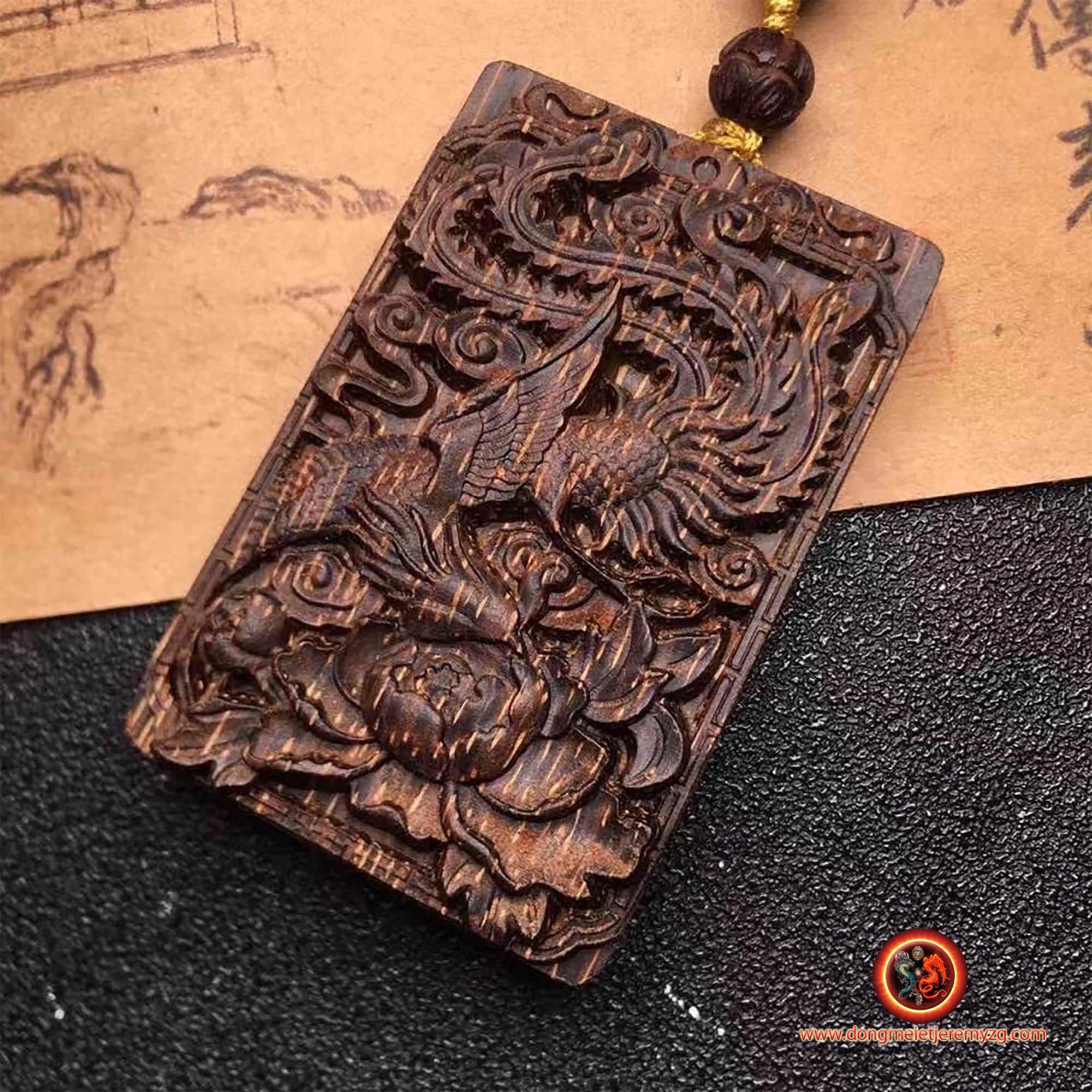 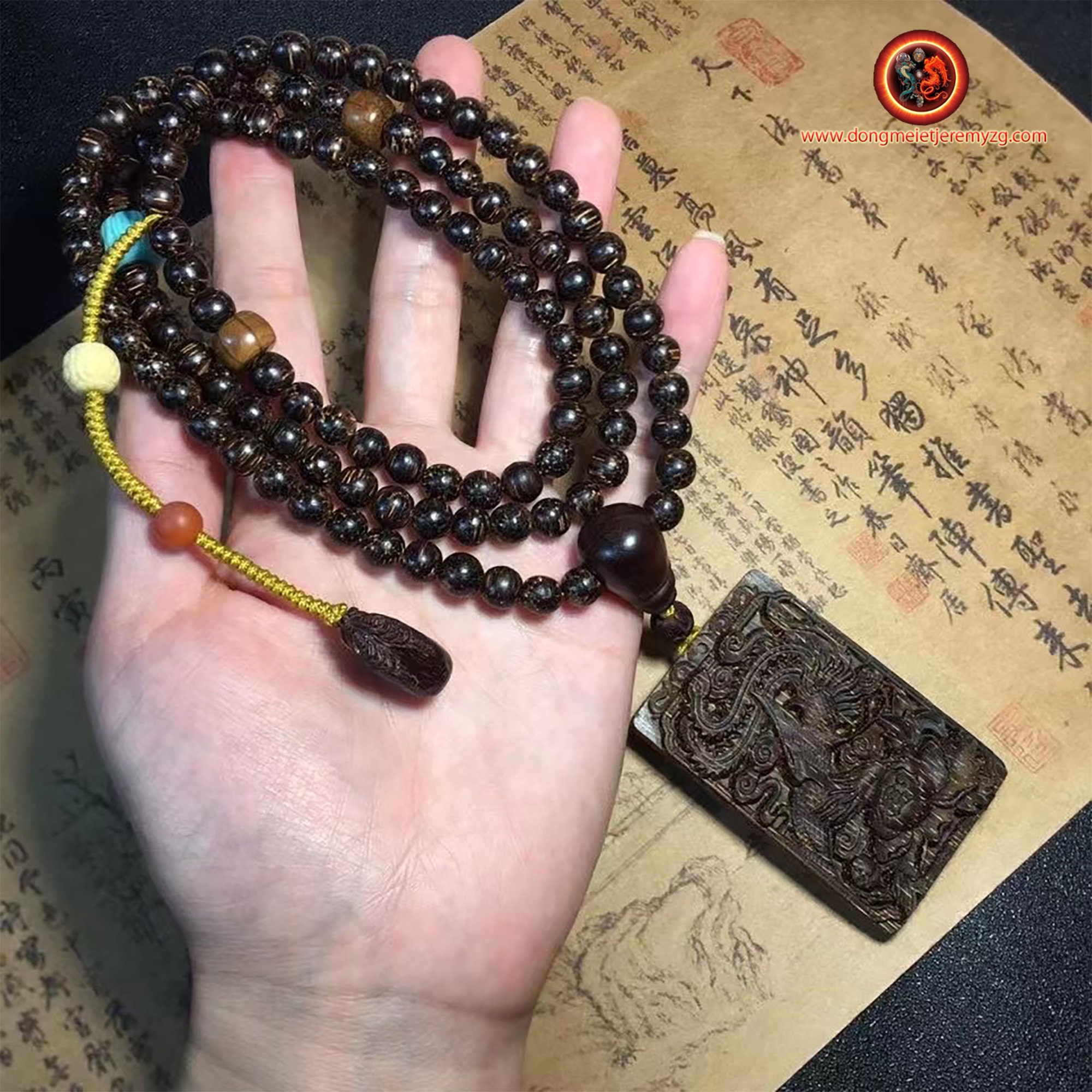 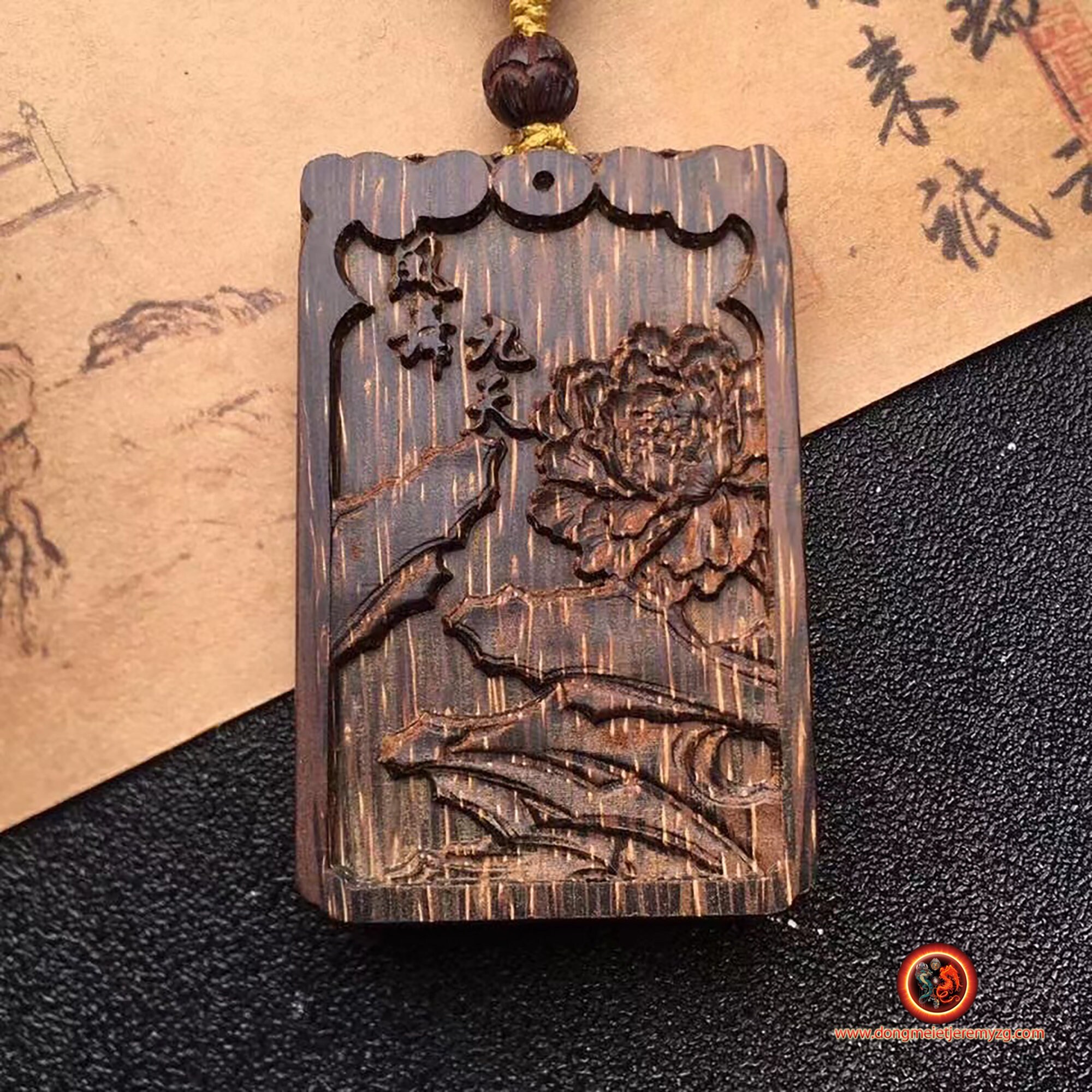 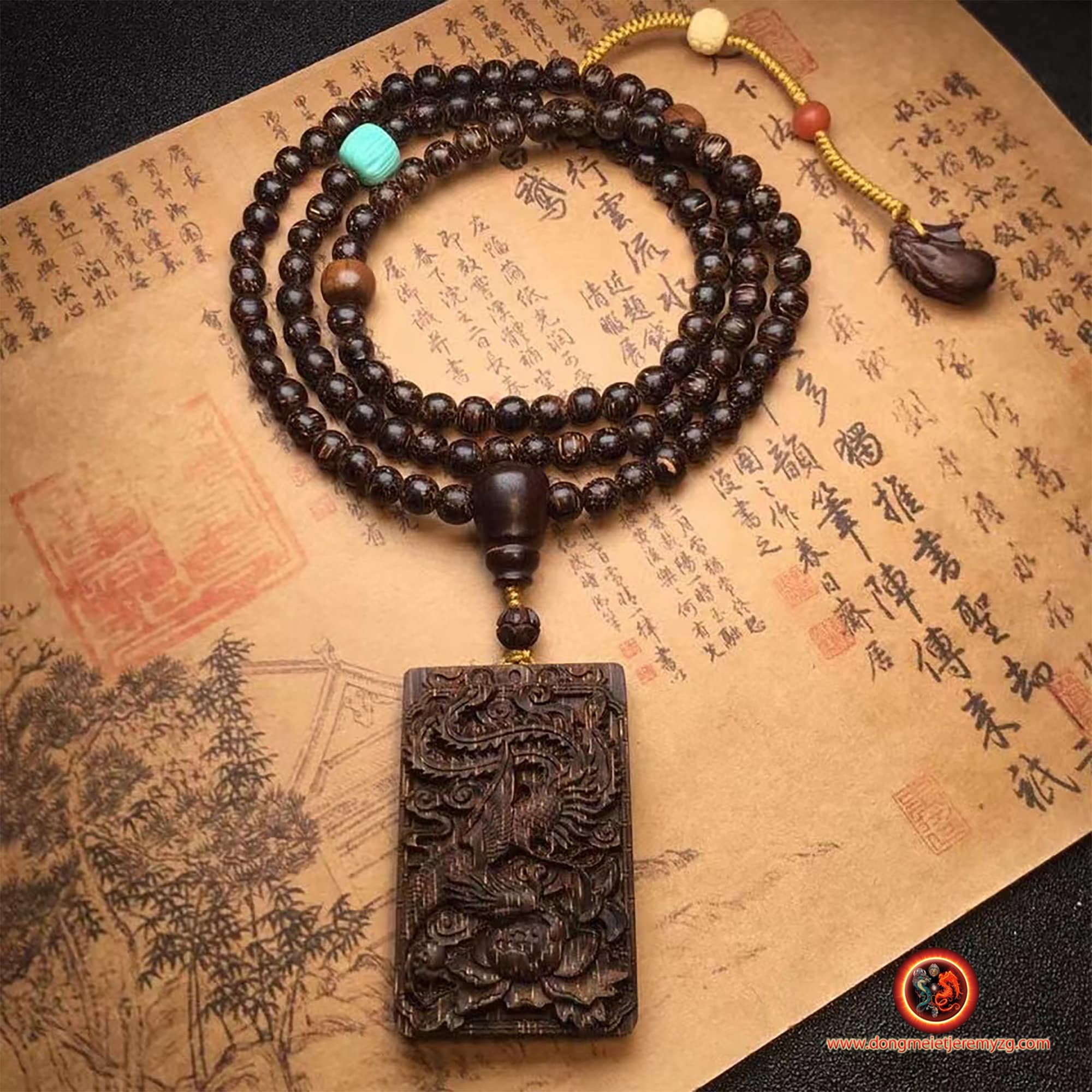 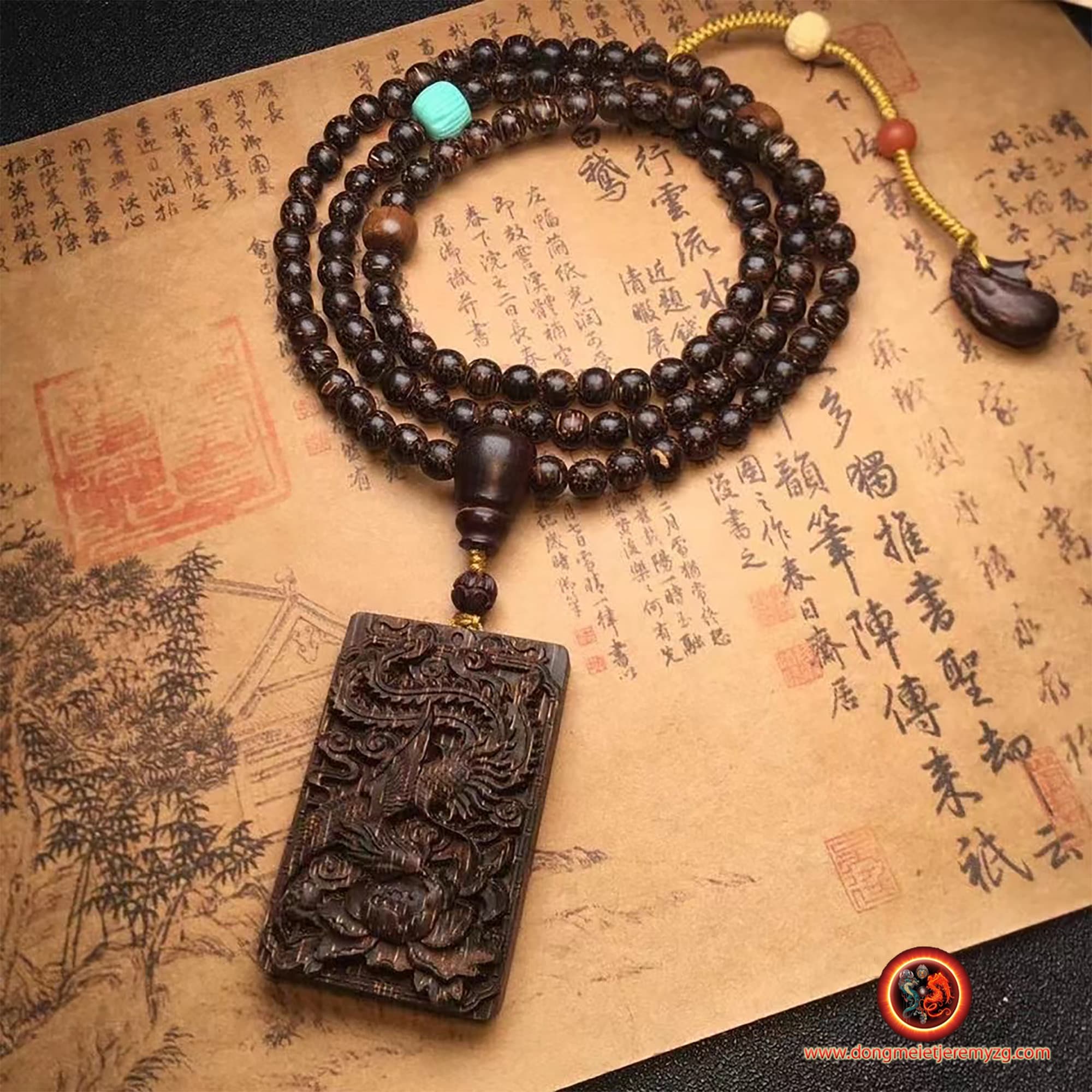 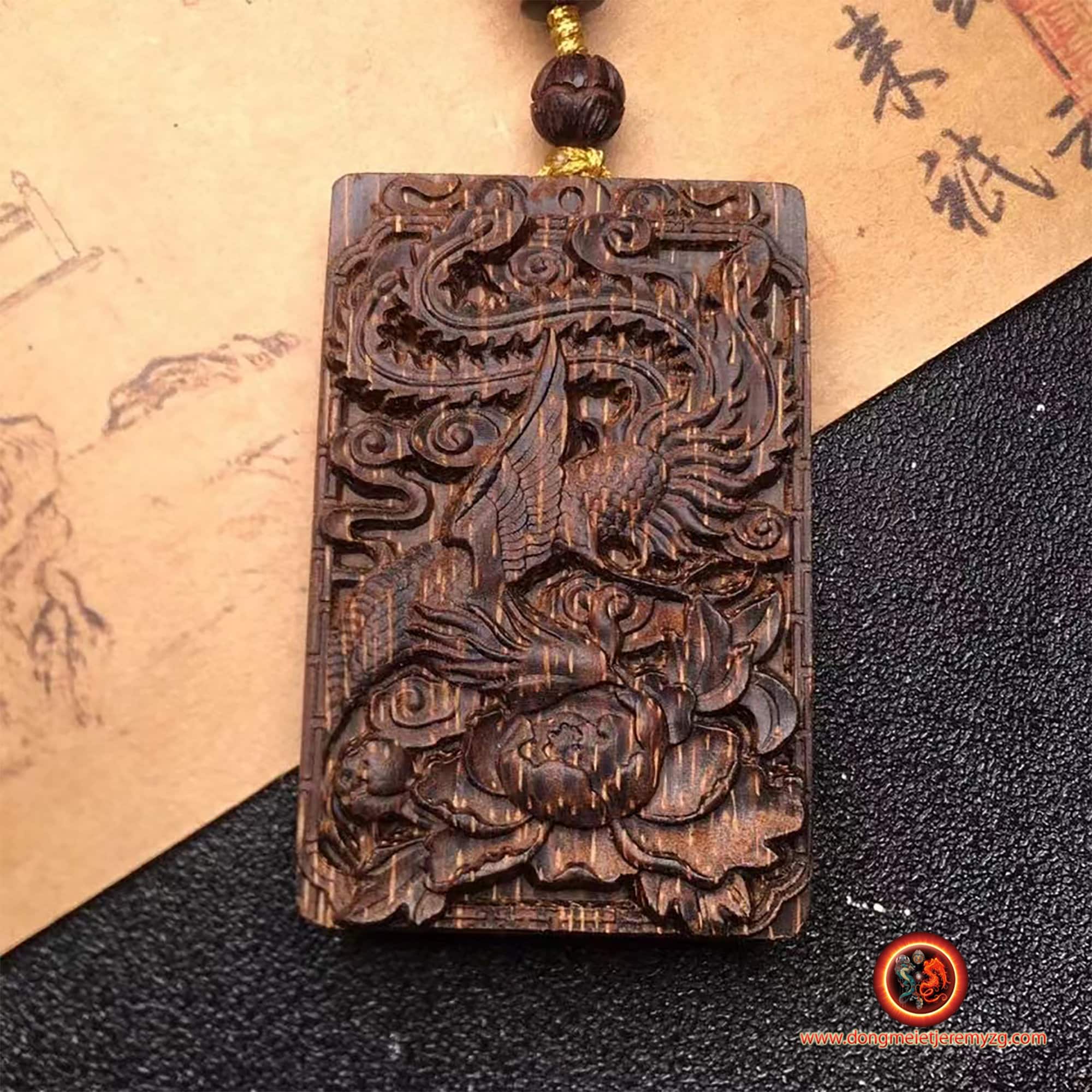 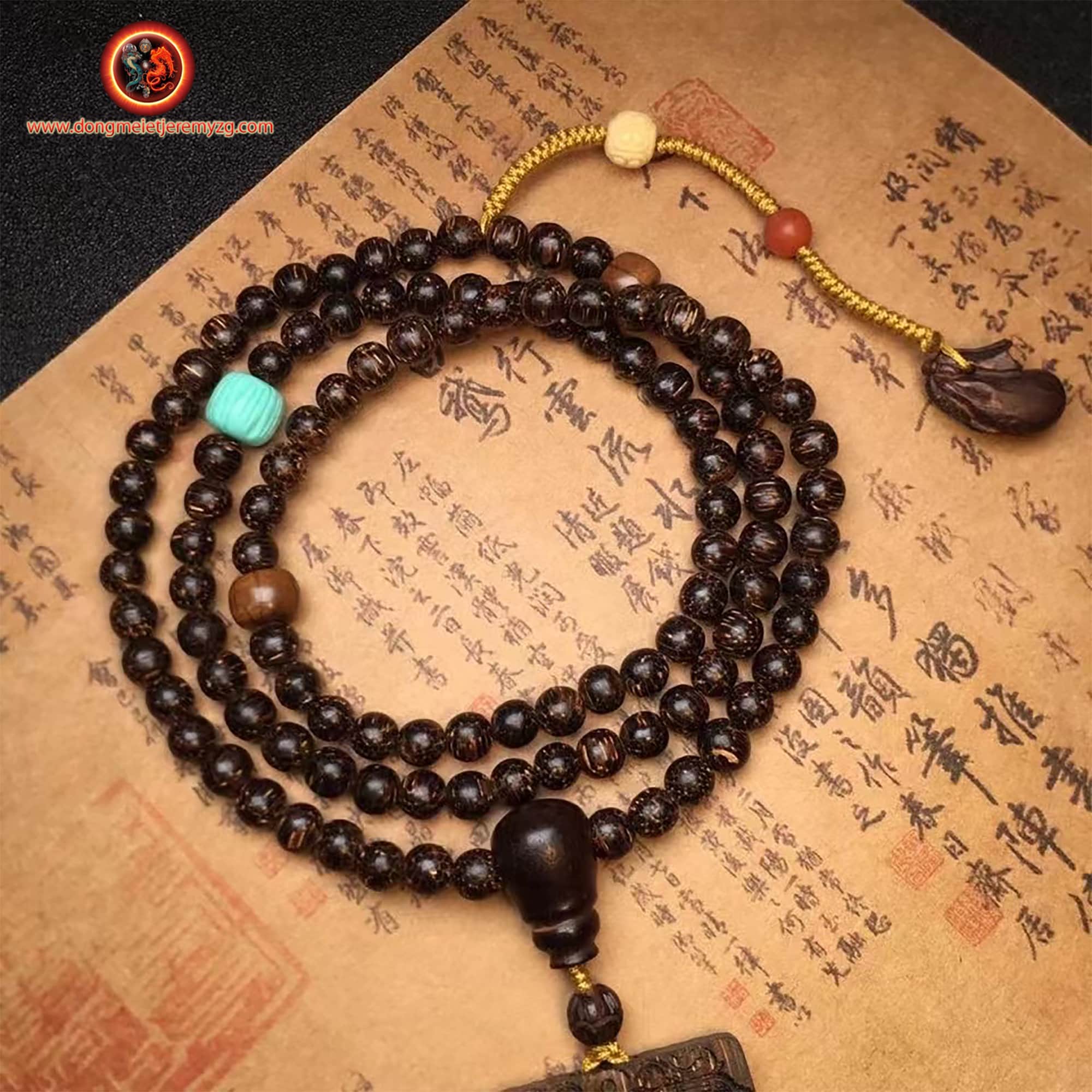 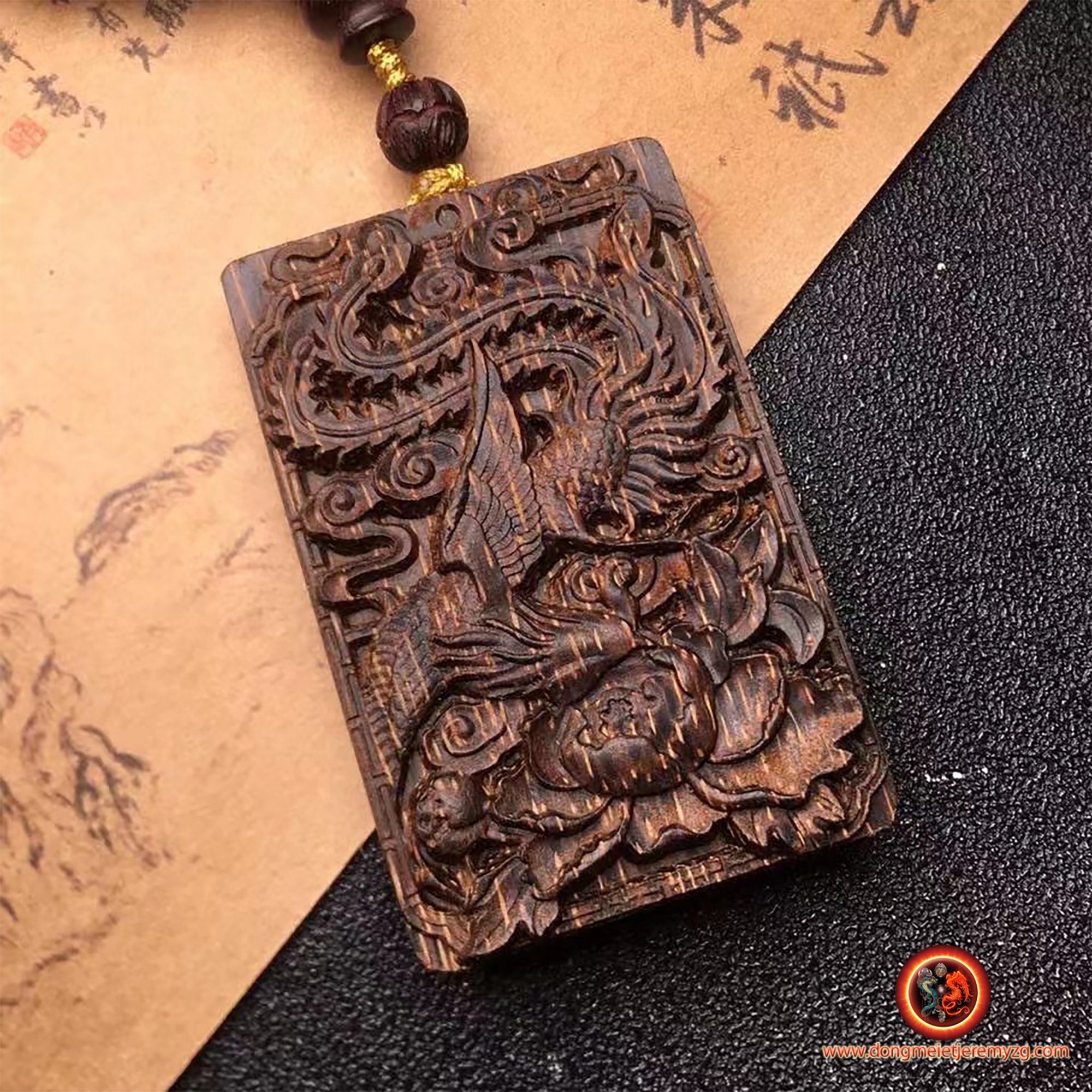 Mala, prayer rosary and Buddhist meditation
108 beads of Aquilaria (agarwood) diameter of 8mm for each bead.
Turquoise du Hubei
agate nan hong (southern red) of Yunnan, Baoshan deposit. This agate owes its red color to the presence of cinnabar in its structure
representation of phenix also in Aquilaria
Dimensions of the pendant
60/40/9mm

The tropical tree aquilaria belongs to the thymelaeceae family, which includes about forty species distributed mainly in Southeast Asia. It has a slender appearance, a clear bark and leaves of an intense bright green; it can easily exceed five meters in height.