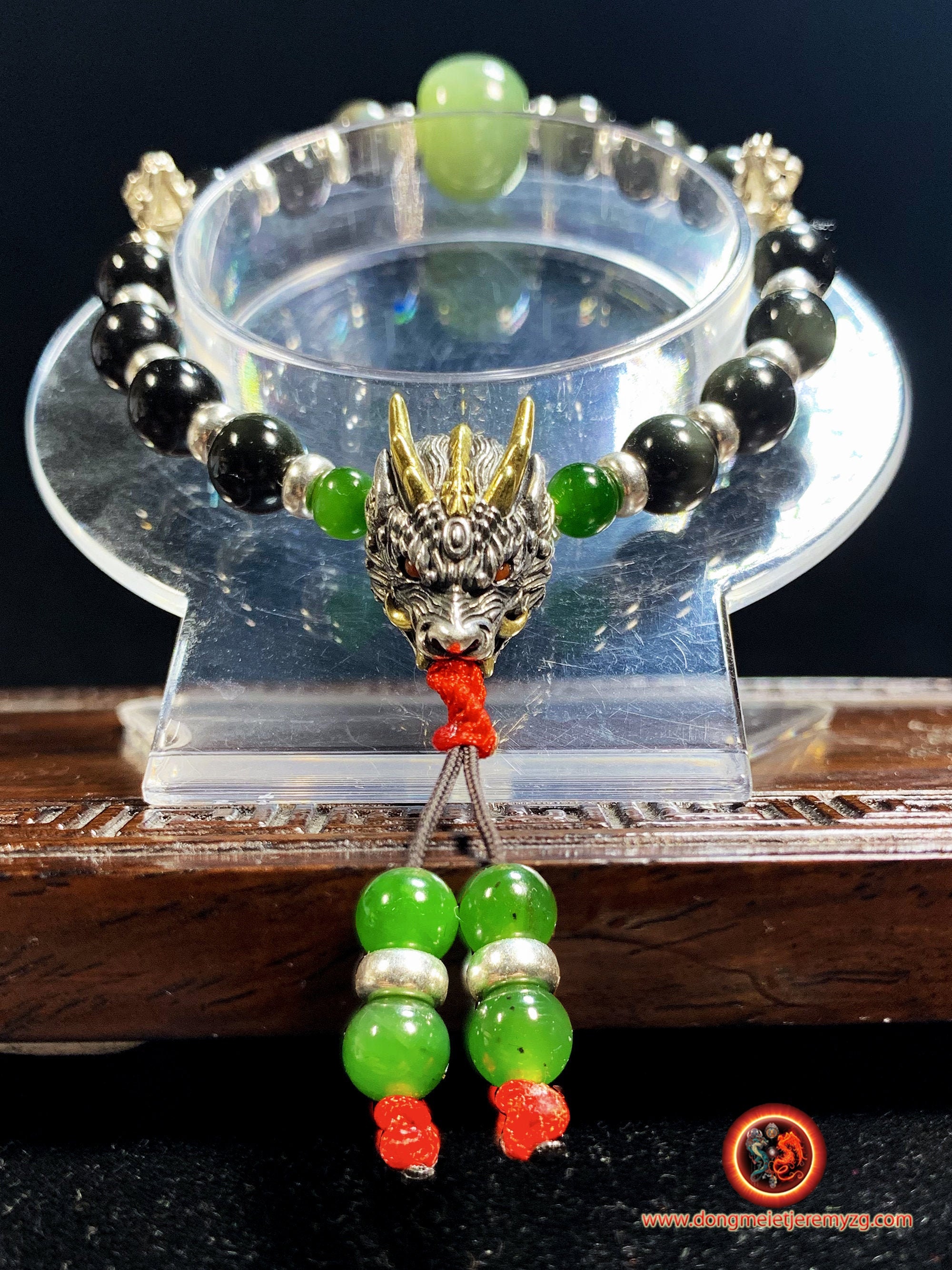 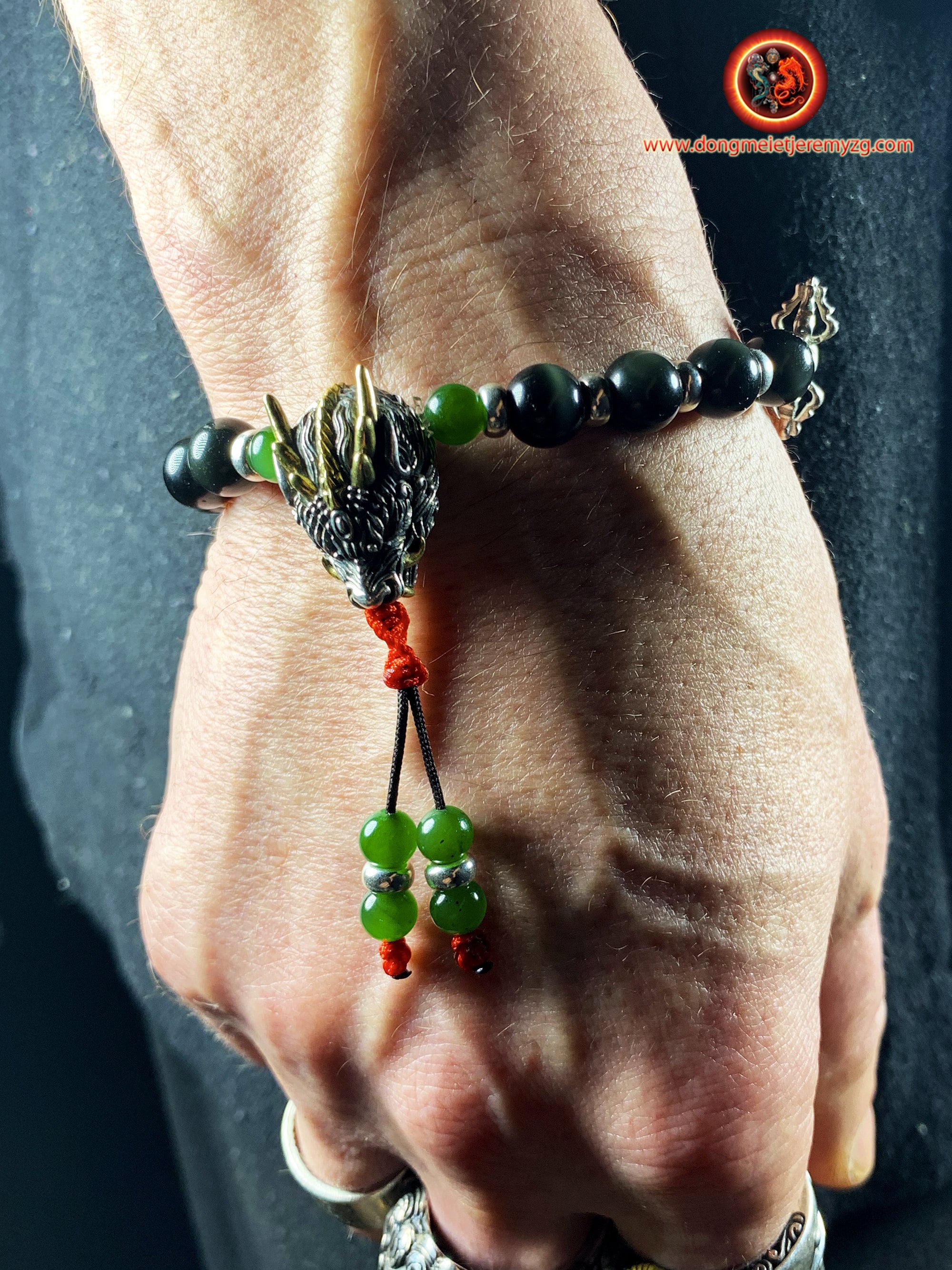 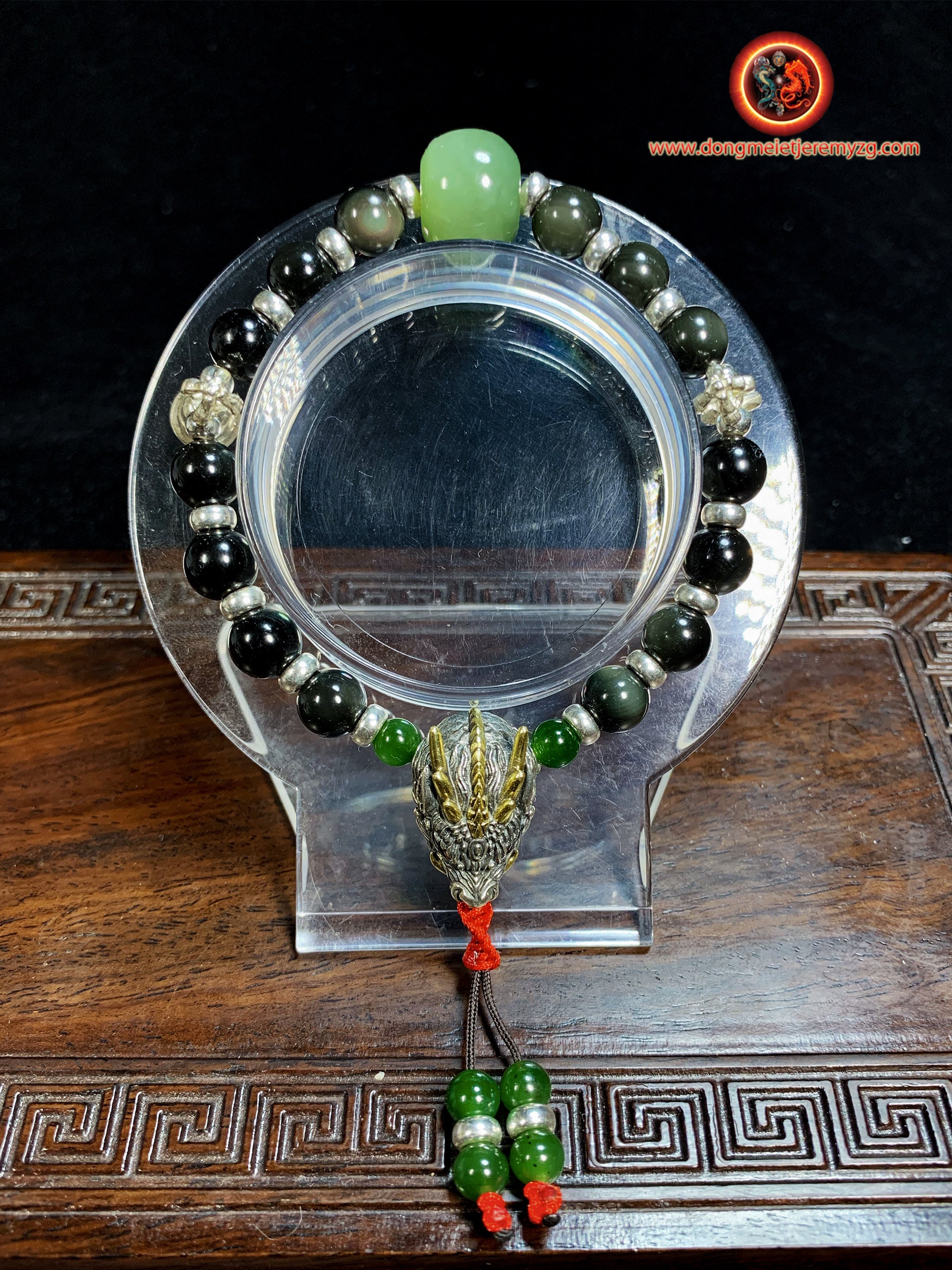 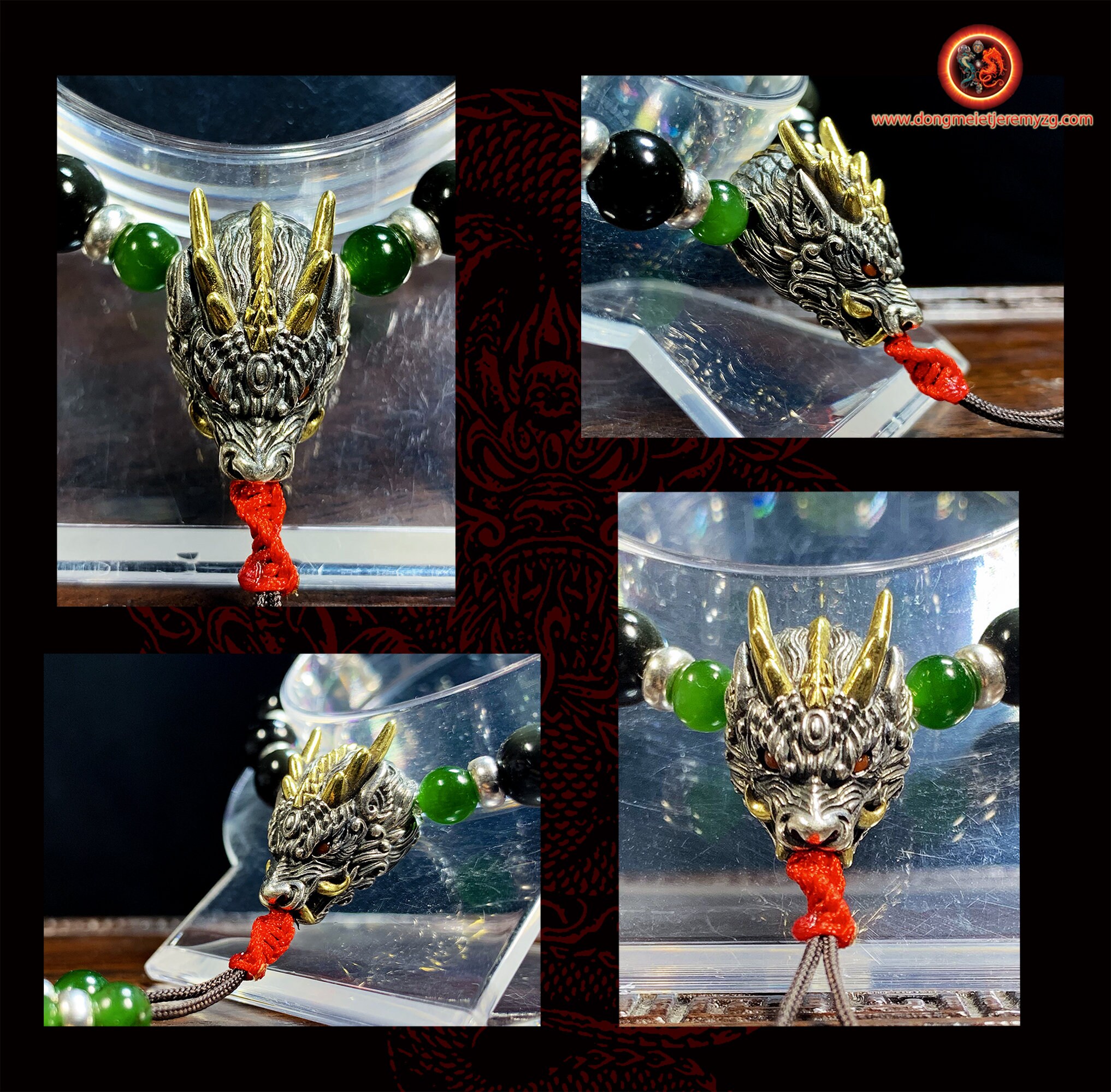 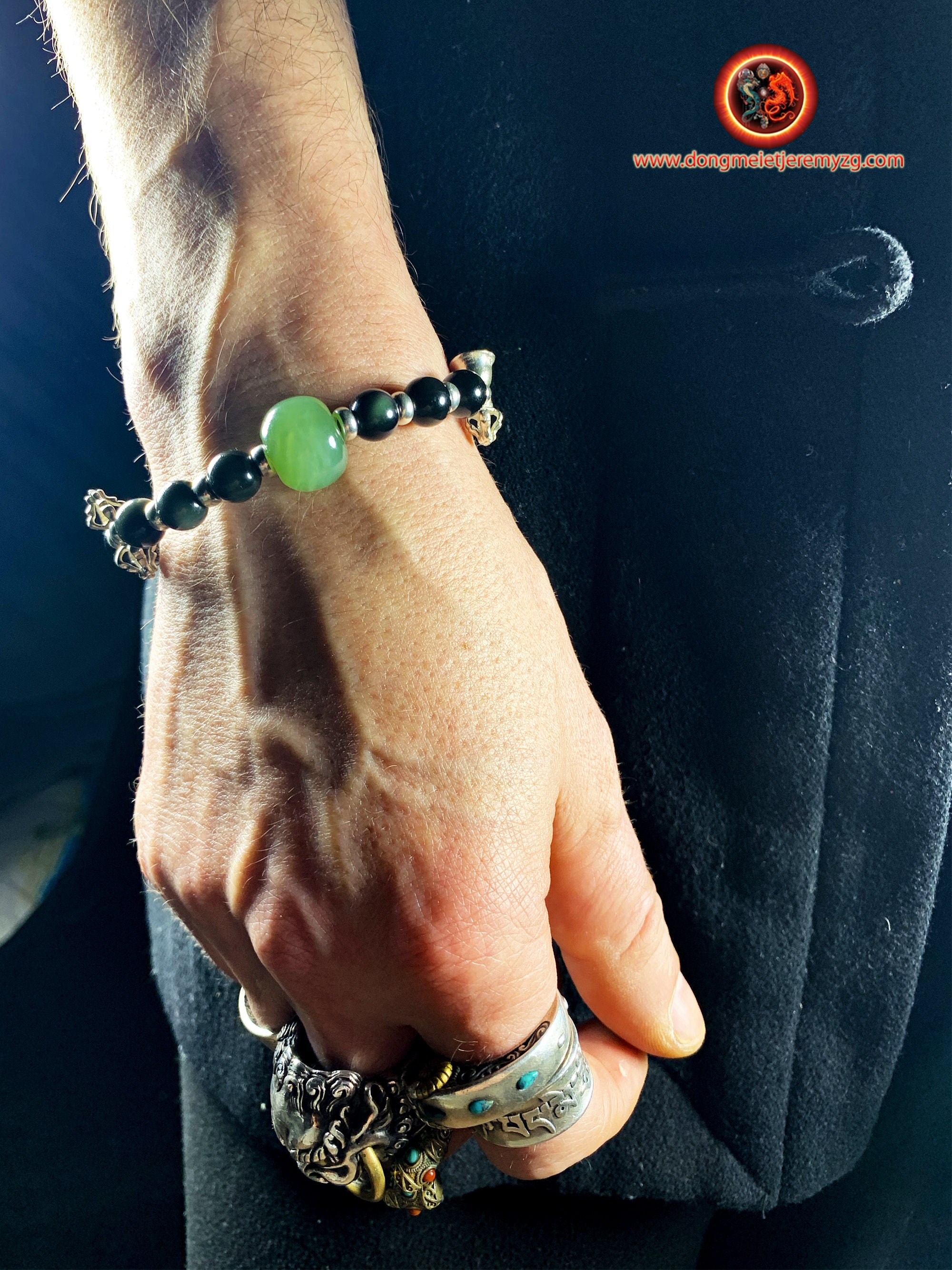 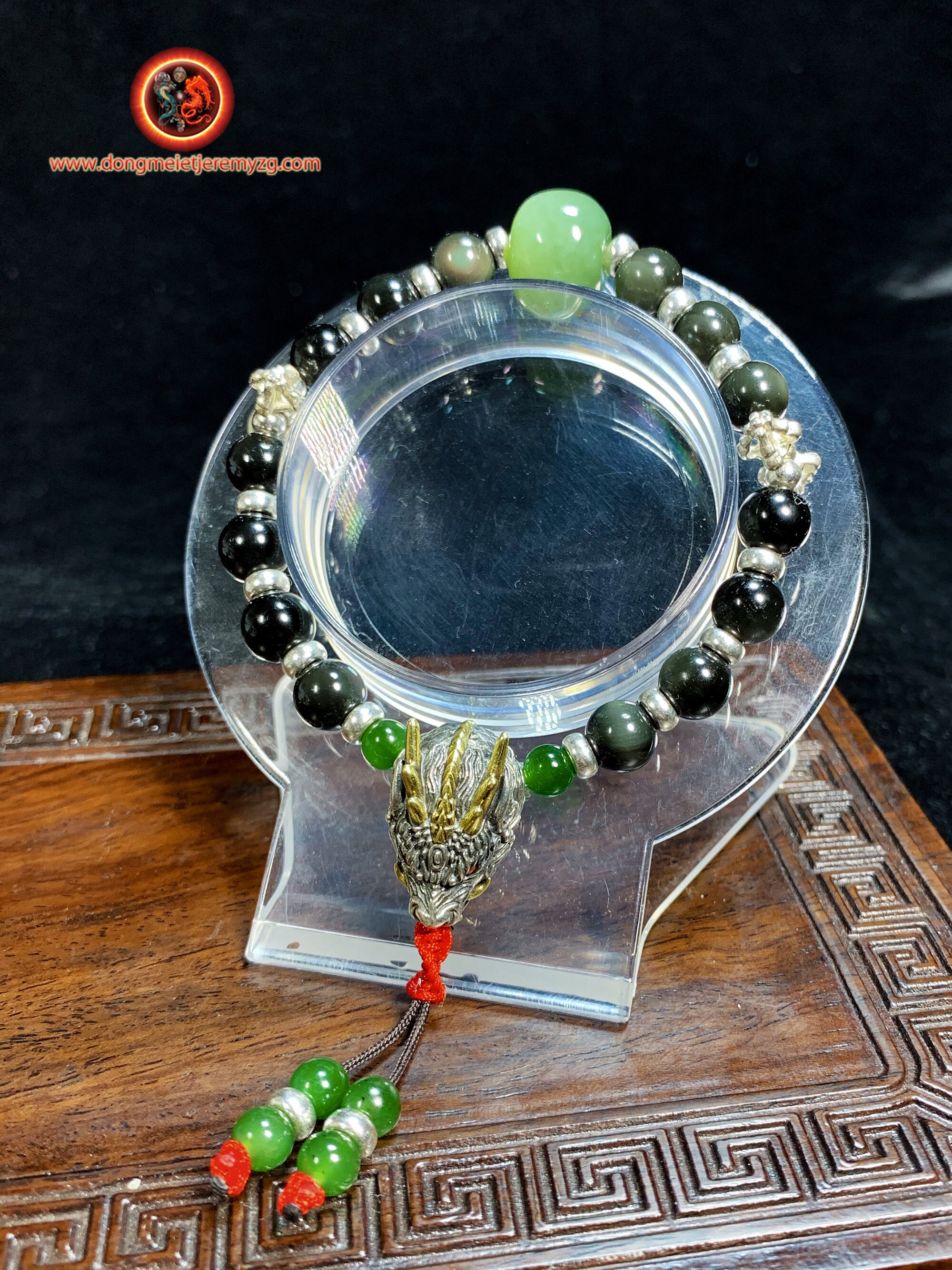 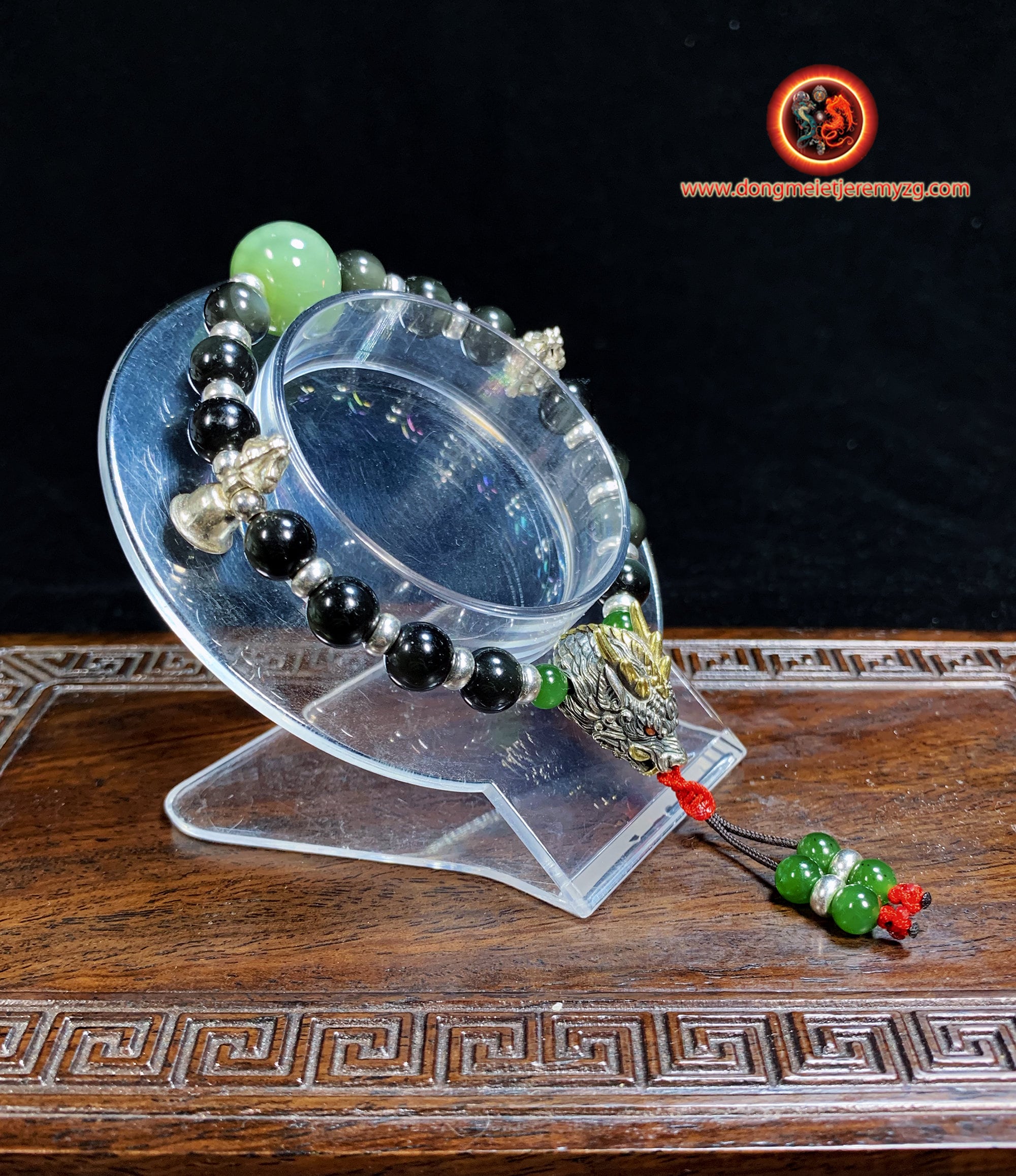 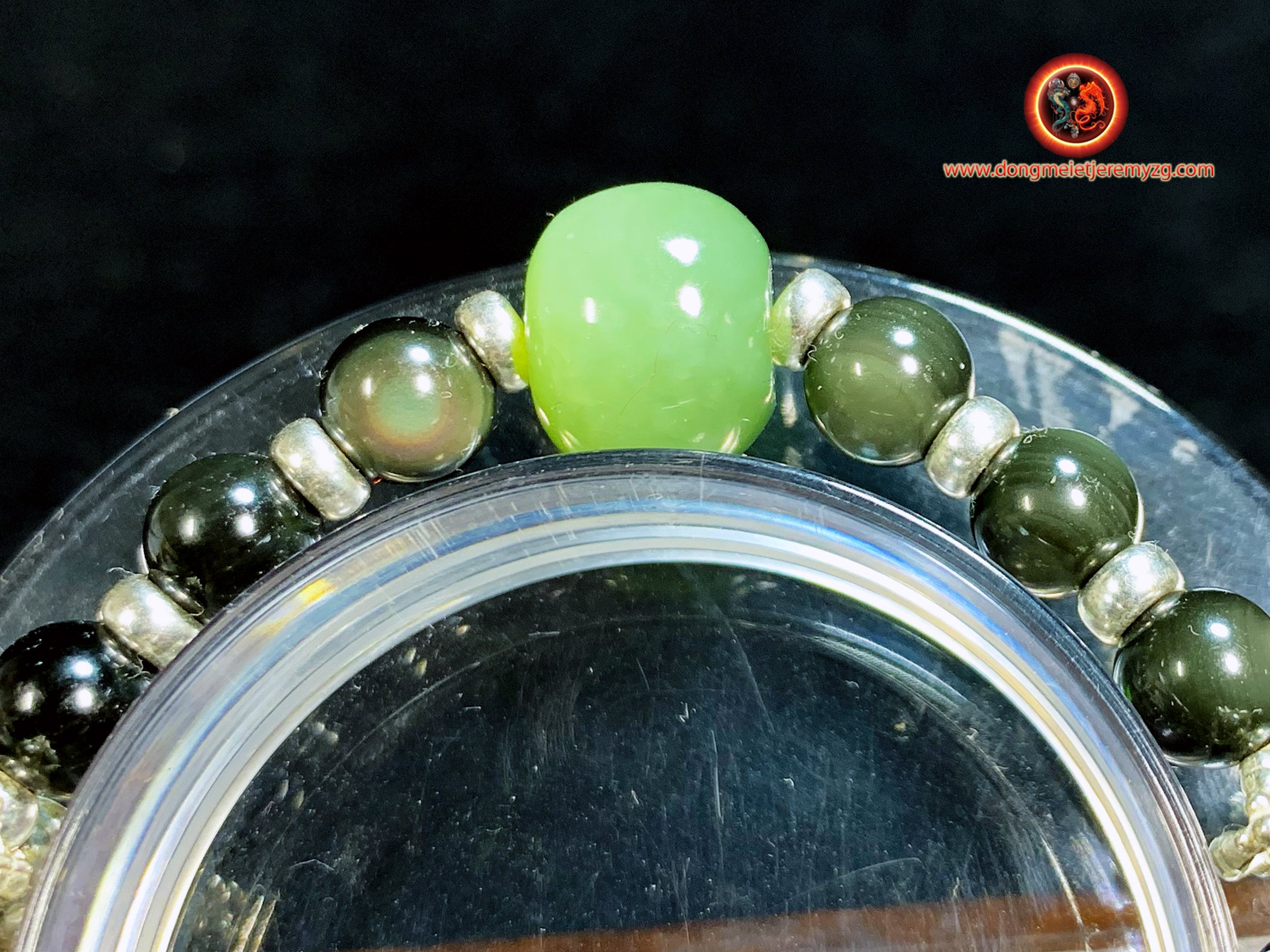 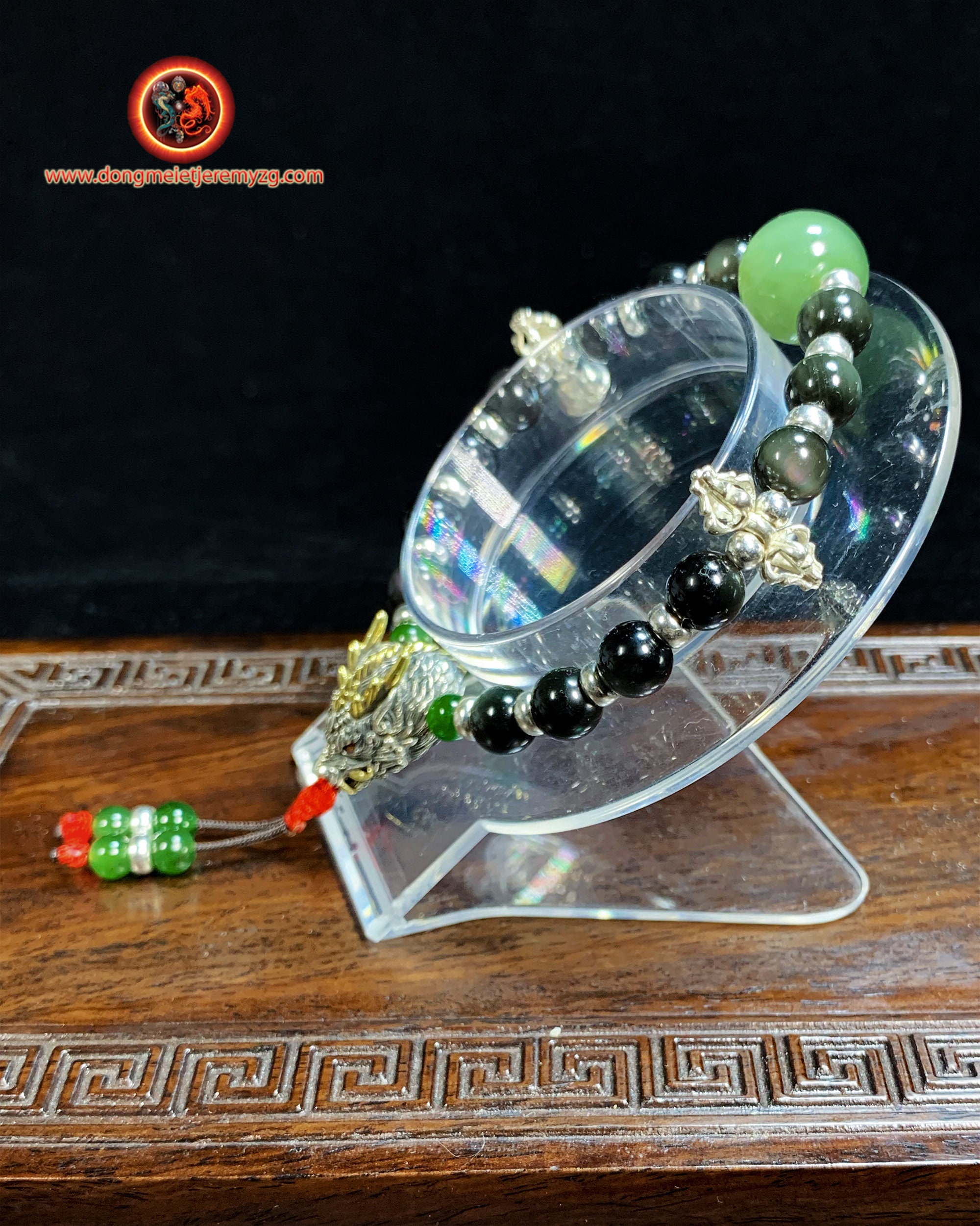 Dragon bracelet.
Dragon "Yazi".
obsidian eye celeste of mexico pearls of 8mm in diameter each,
Jade of Canada, known as polar jade, nephrite type jade
agate called "nan hong" set in the eyes of the dragon. This agate due to its color to its cinnabar content comes from the Baoshan site of Yunnan province.
silver 925,
copper
dorje and vajra of Tantric Buddhism in silver 925

Bracelet mounted on an ultra-resistant Korean stretch cord.
Possibility to make to measure, contact us

The yá zì 睚眦, (Hybrid of wolf and dragon), the seventh son of the dragon, is a creature loving combat, It was put in ornament on the pommel of the swords, the blade gushing from its mouth. It is an unwavering protection in defense in case of attack.
The soldiers wore the effigy of Yazi on their weapons feel to strengthen courage, erase fear and increase their strength. It was believed that victory belonged to anyone who sported Yazi in a battle.

We mounted this bracelet with obsidian celeste eye, natural glass of volcanic lava by the analogy between the dragon and the volcano.
Similarly, in ancient China, it was claimed that jade was draconic seed that crystallized.

For this purpose, and to counterbalance the warrior mood of the dragon Yazi, we added the bell and the dorje or vajra of esoteric Buddhism.
Every Buddhist practitioner in Tibet and every officiant of a ritual has three objects to which Tibetans attribute a deep and meticulous symbolism. These are the vajra, the bell and the mala.