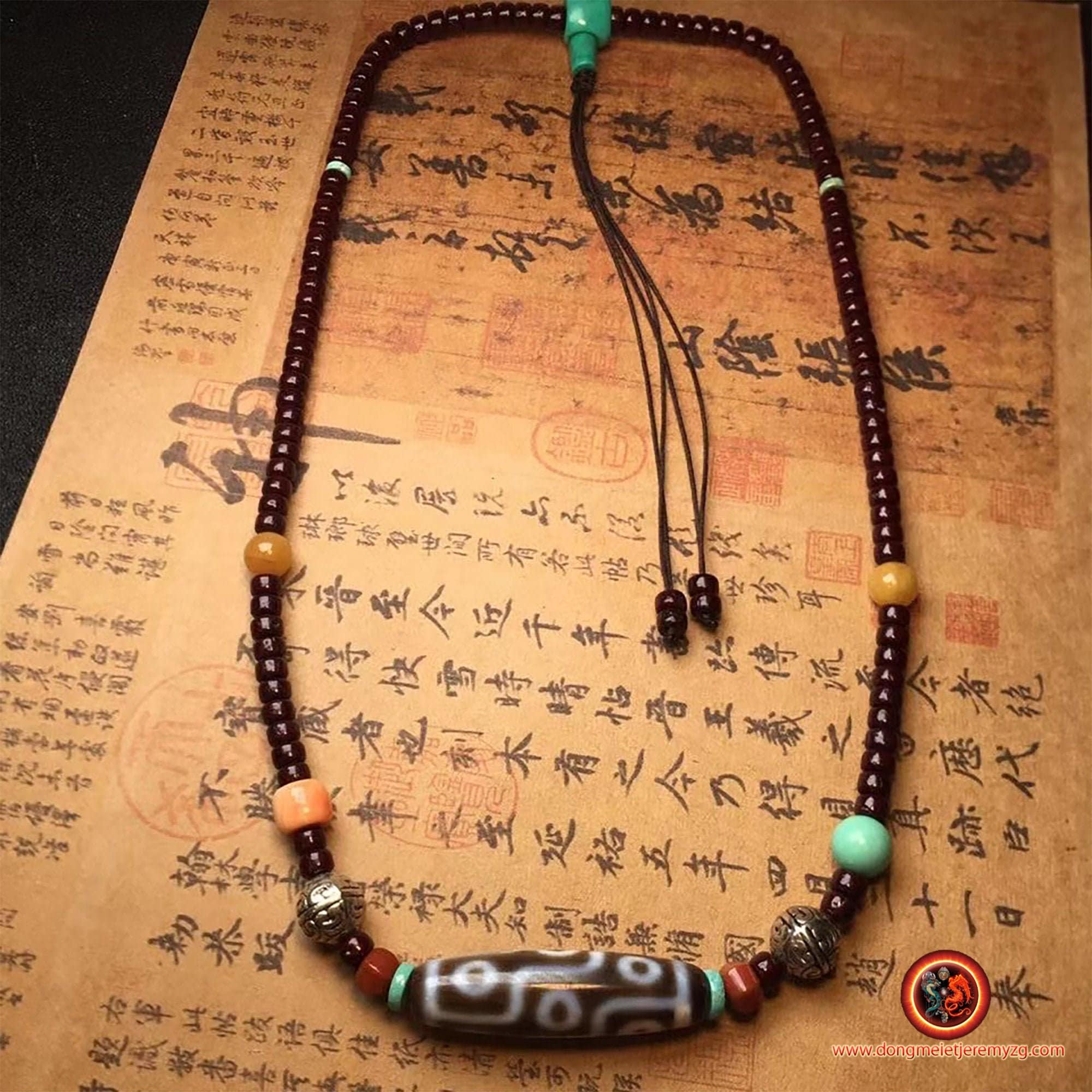 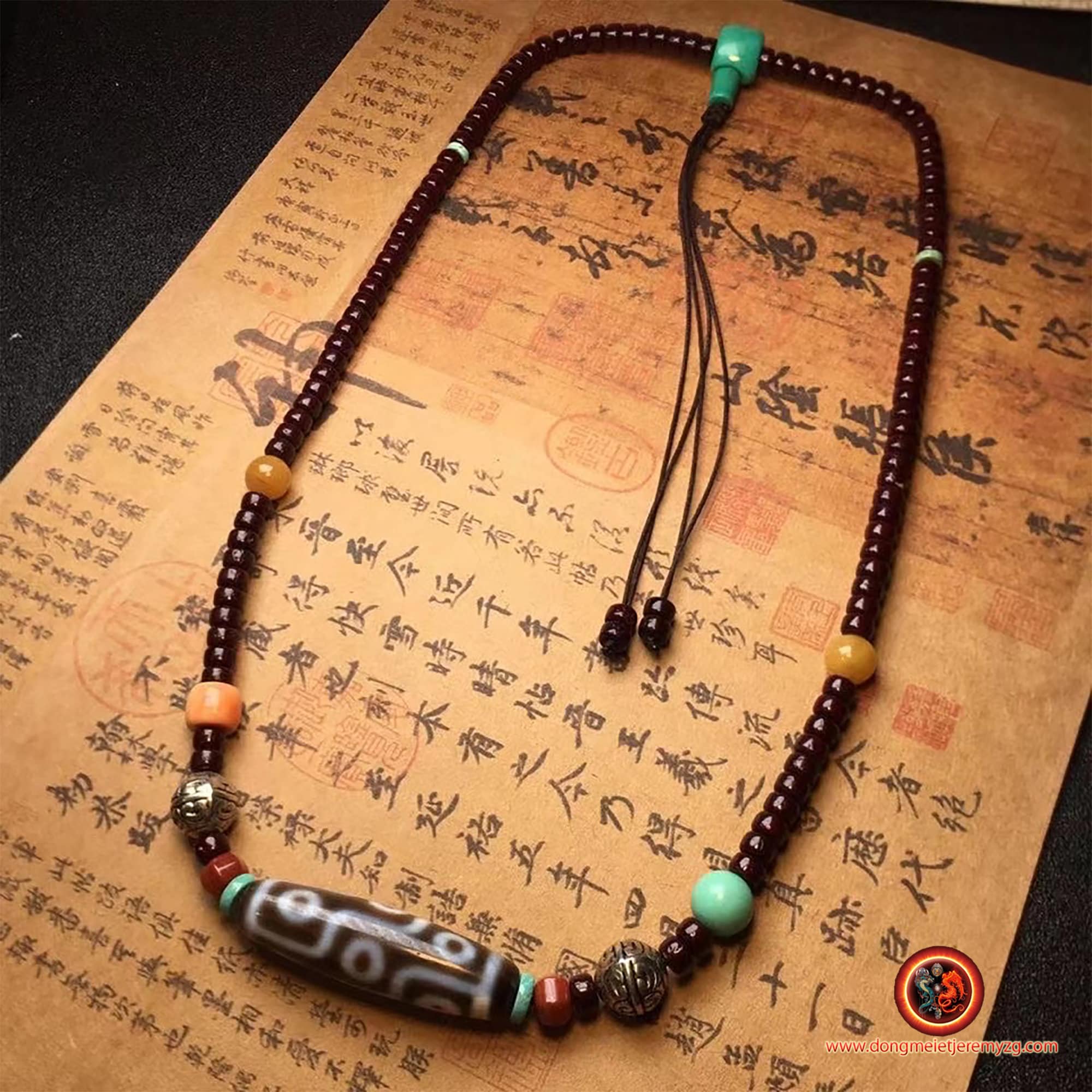 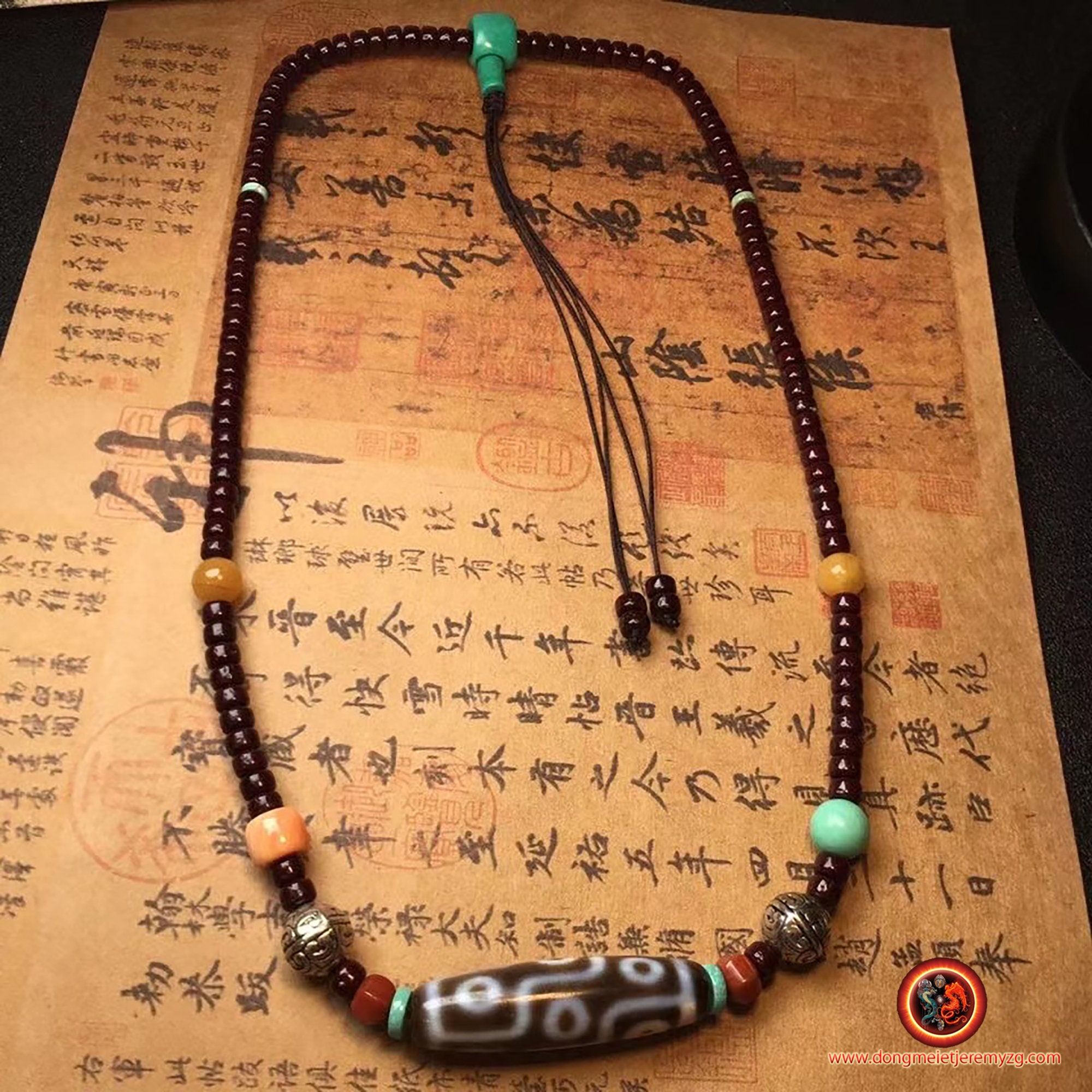 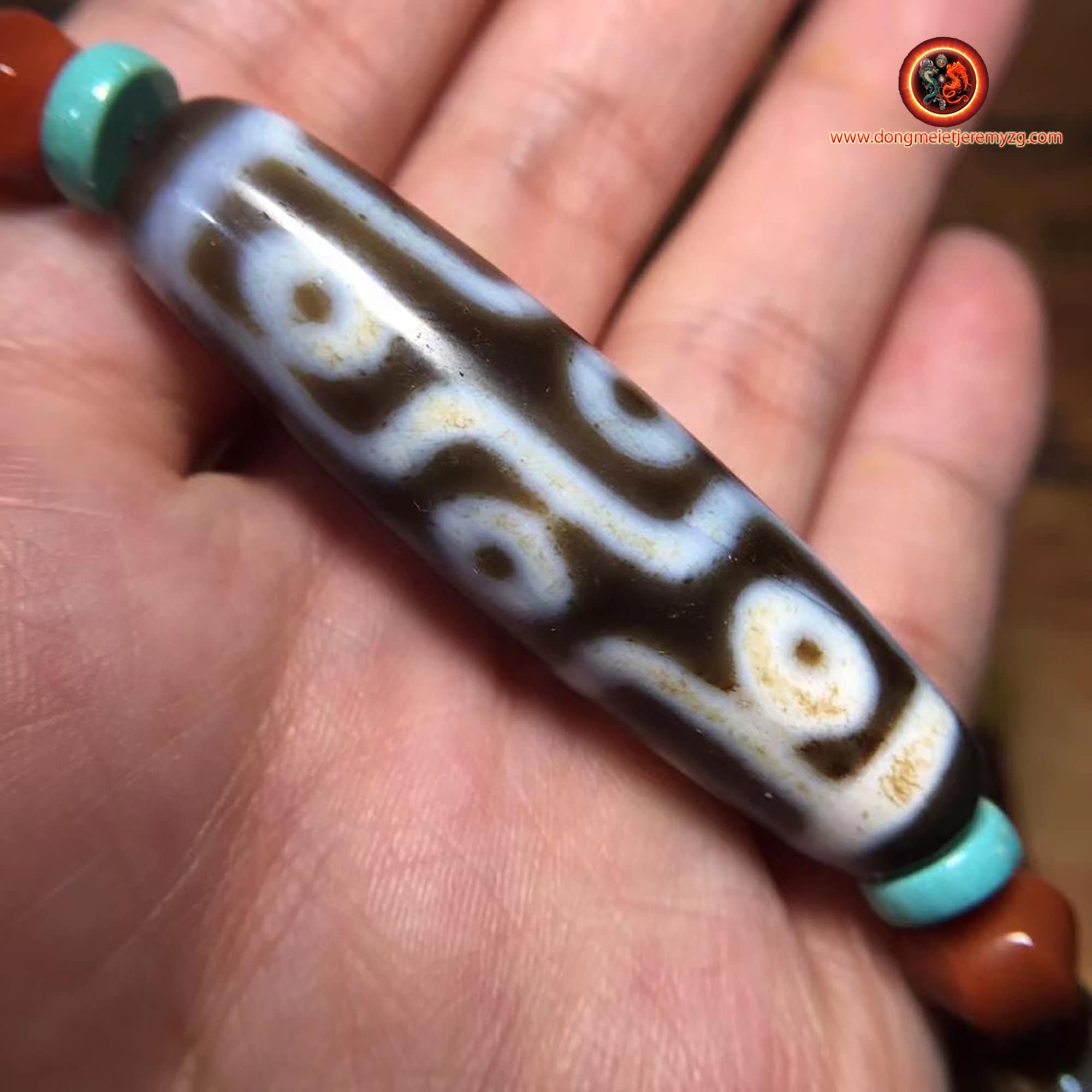 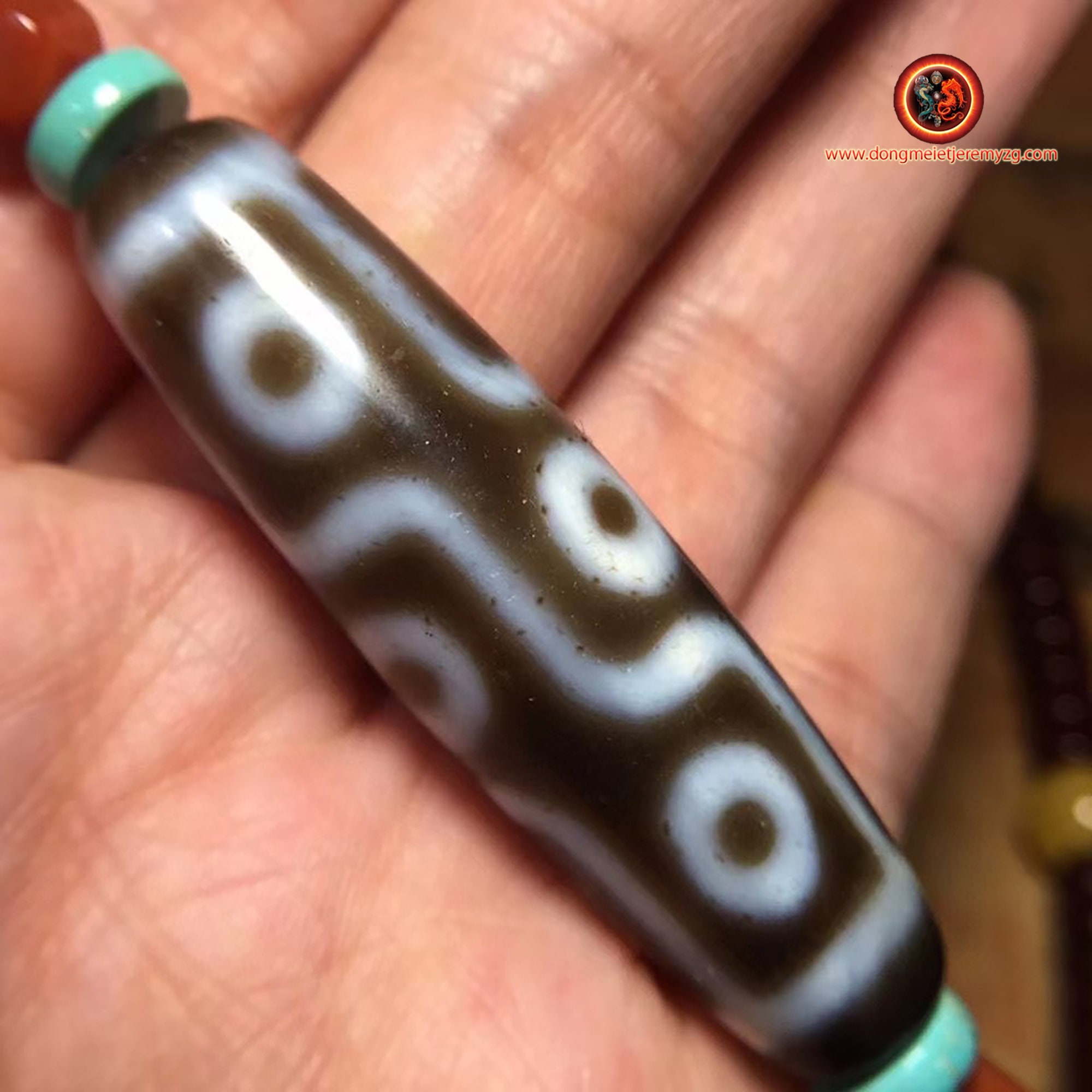 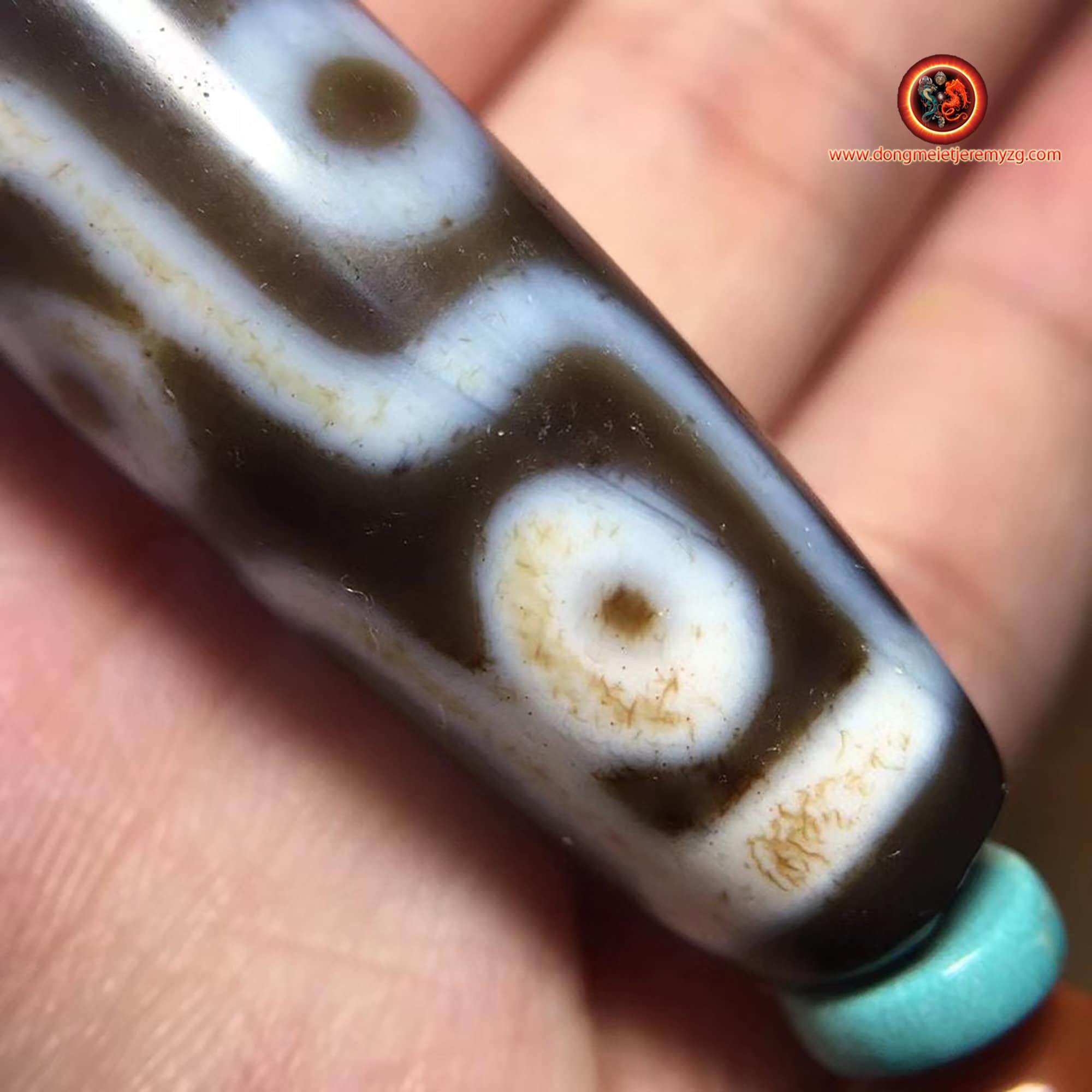 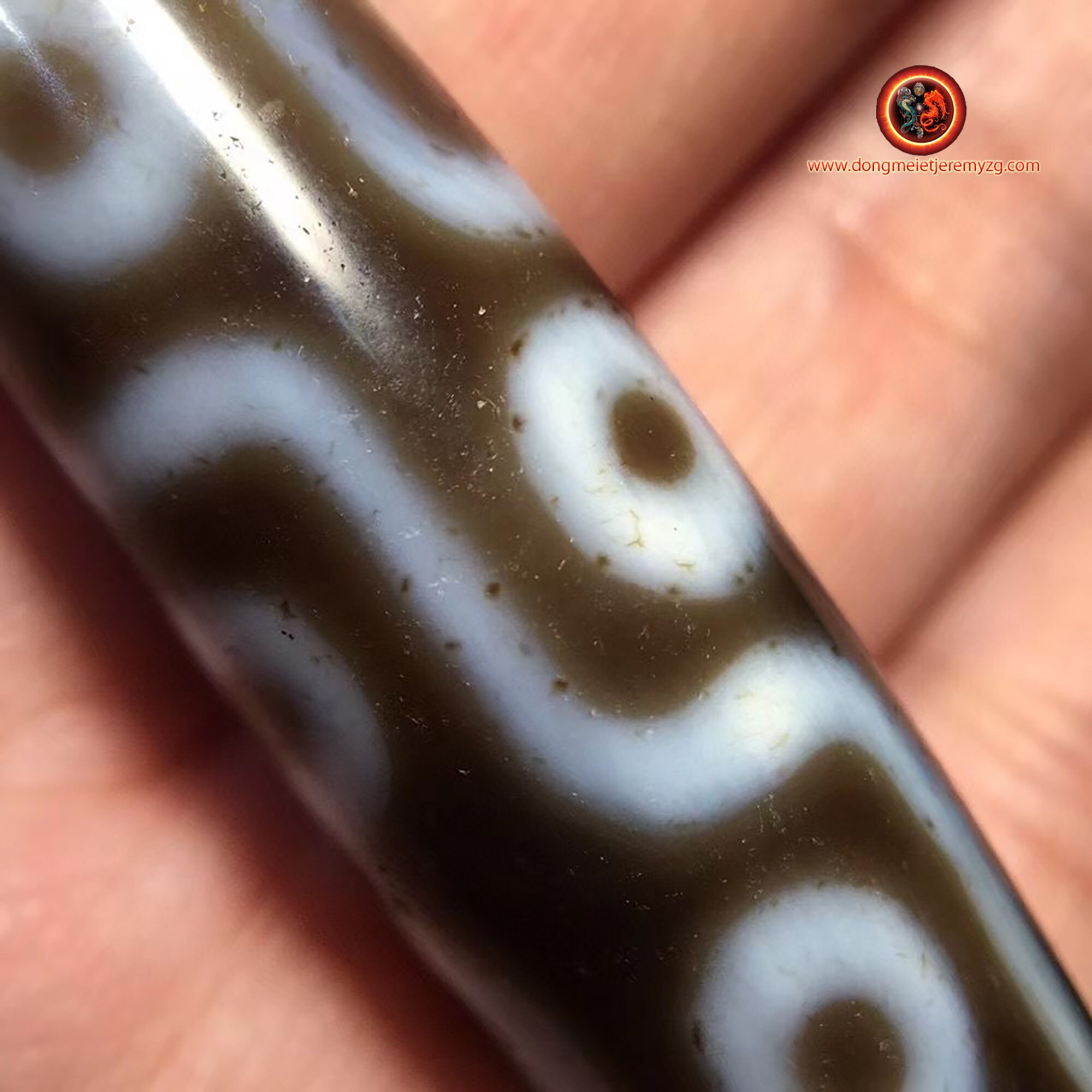 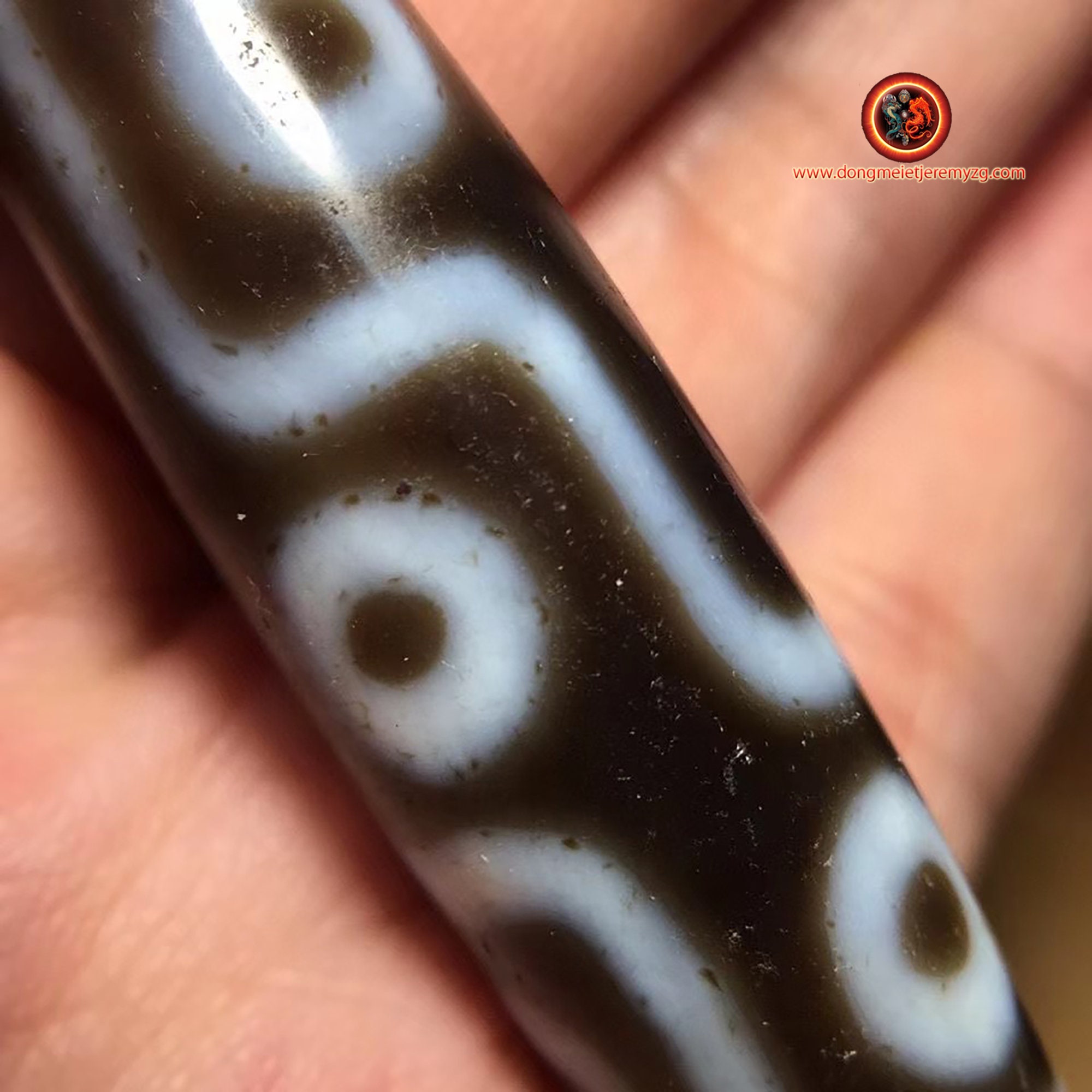 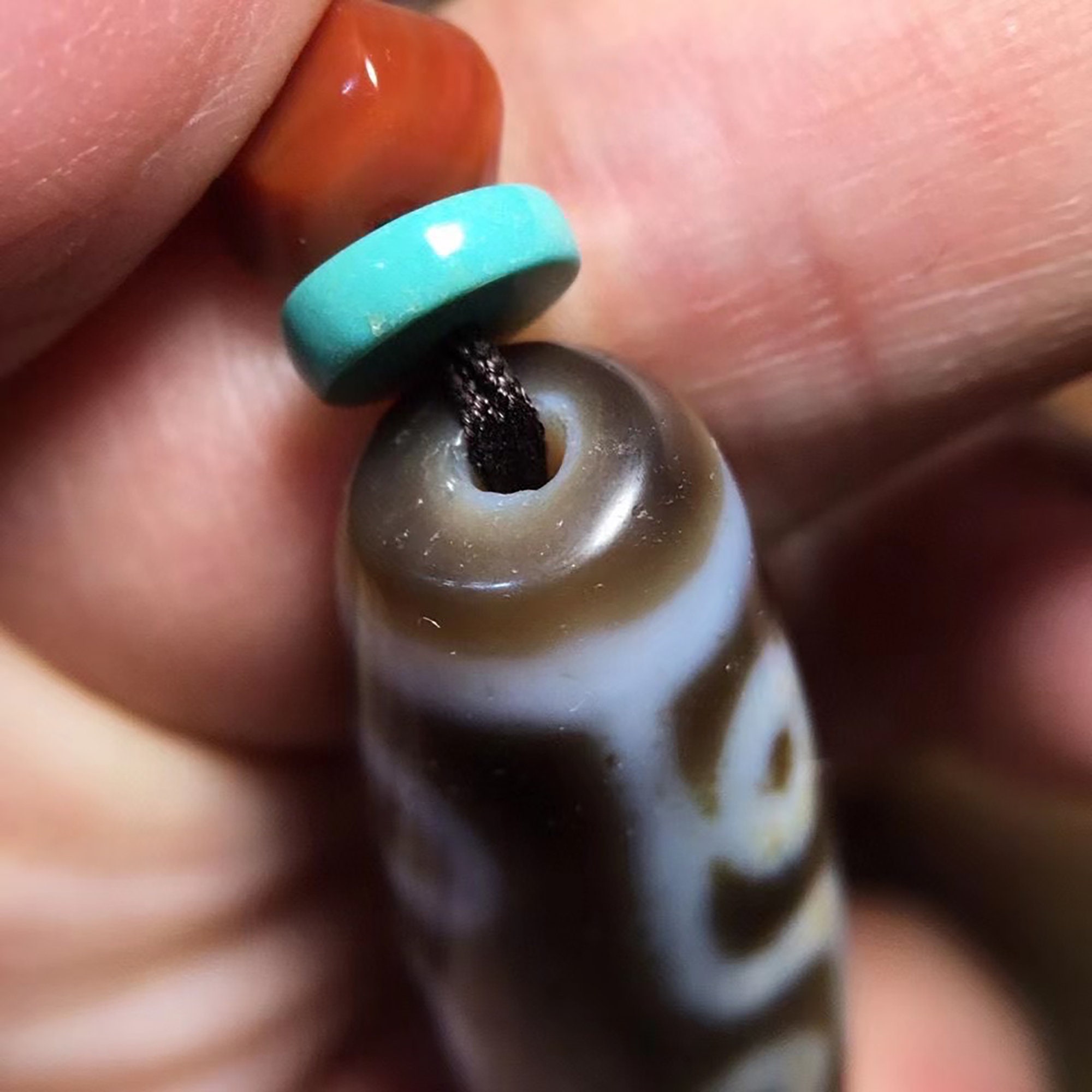 108 pearl beads of bodhi seeds (sacred fig tree) treated with cinabre. 8mm in diameter each
traditional treatment of browning and giving a beautiful layer of patina, in barrels filled with cinabre powder (mercury sulphide) for a few months.

Turquoise from Hubei
agate nan hong (southern red) of Yunnan, baoshan deposit. This exceptional agate owes its color to the crystallization of cinabre on the same site
Jaspe from Alashan, Gobi Desert

Tibetan sacred Agate DZI says to 9 eyes
The Dzi of the 9 eyes helps its owner to enrich himself, and expel the evil and acts as a protector. The number 9 is highly symbolic as it represents the 9 planetary systems that provide wisdom and merit.

Our contemporary Dzis are made according to tradition, by Tibetan craftsmen located at the crossroads of Yunnan, Sichuan and Tibet in the Tibetan prefecture of Gyaltran at 4000 meters above sea level.
The stone is agate, and the drawings on its surface make it by the hand of man, but according to a secret technique. A mixture of plant and lead is applied to their surface, the whole is cooked (about 1200 degrees); on the way out and once the mixture is removed the drawings appear. According to some sources, some of the oldest Dzi were colored OF INTERIEUR using secret techniques long lost ...

Huge amounts of counterfeits circulate, as well as modern DZIs sold as antiques at astronomical prices.

The Dzi is a Tibetan pearl, of distant origin, bringing many mystical benefits and benefits to its wearer. He is a Tibetan talisman or amulet, the king of good luck, sometimes revered as a true deity. The success of the Tibetan pearl comes from its multiple eyes, up to 21.
The Dzis are supposed to bring good fortune, ward off evil spirits, and protect its bearer from dangers and accidents, and even bring longevity and good health.