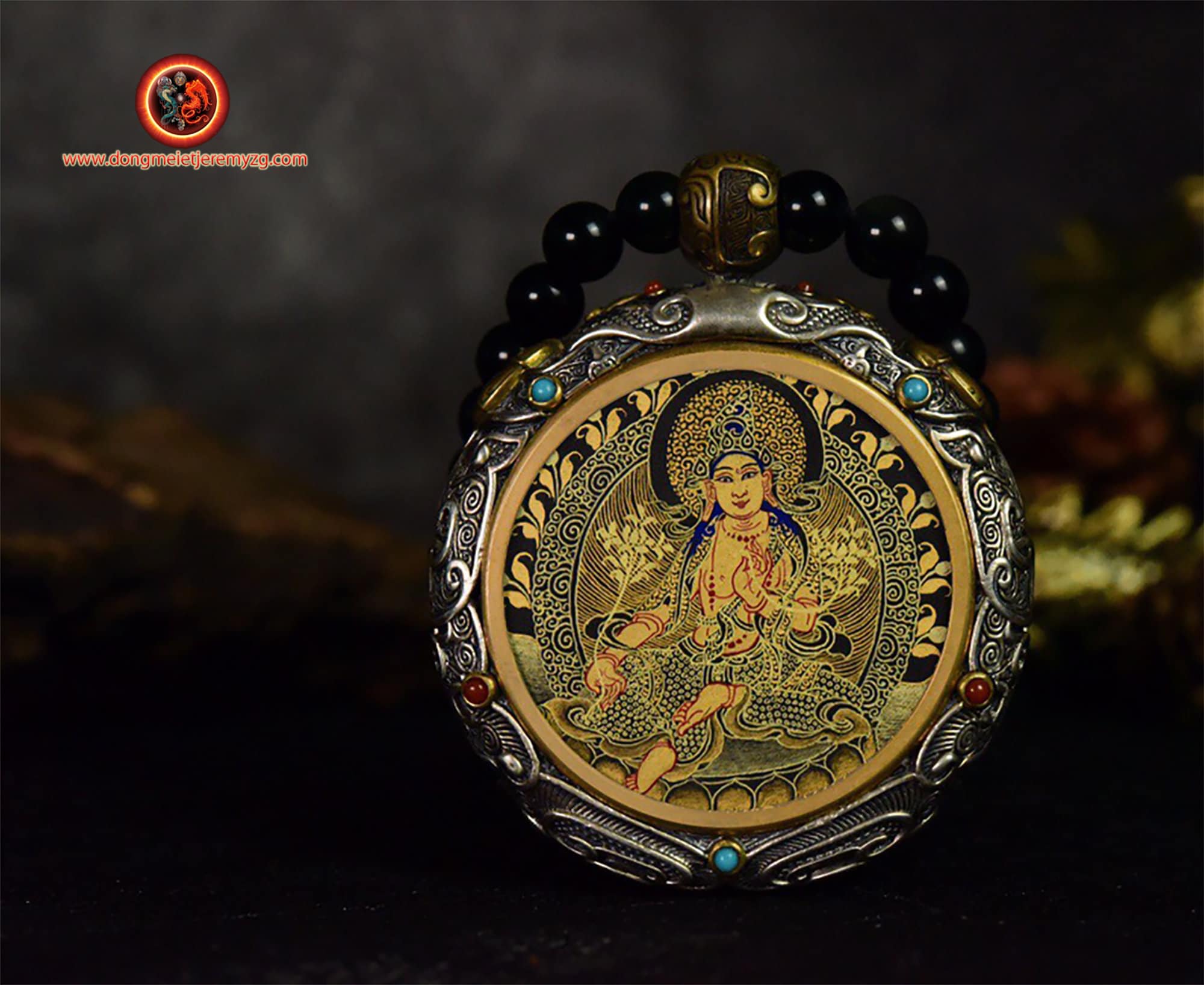 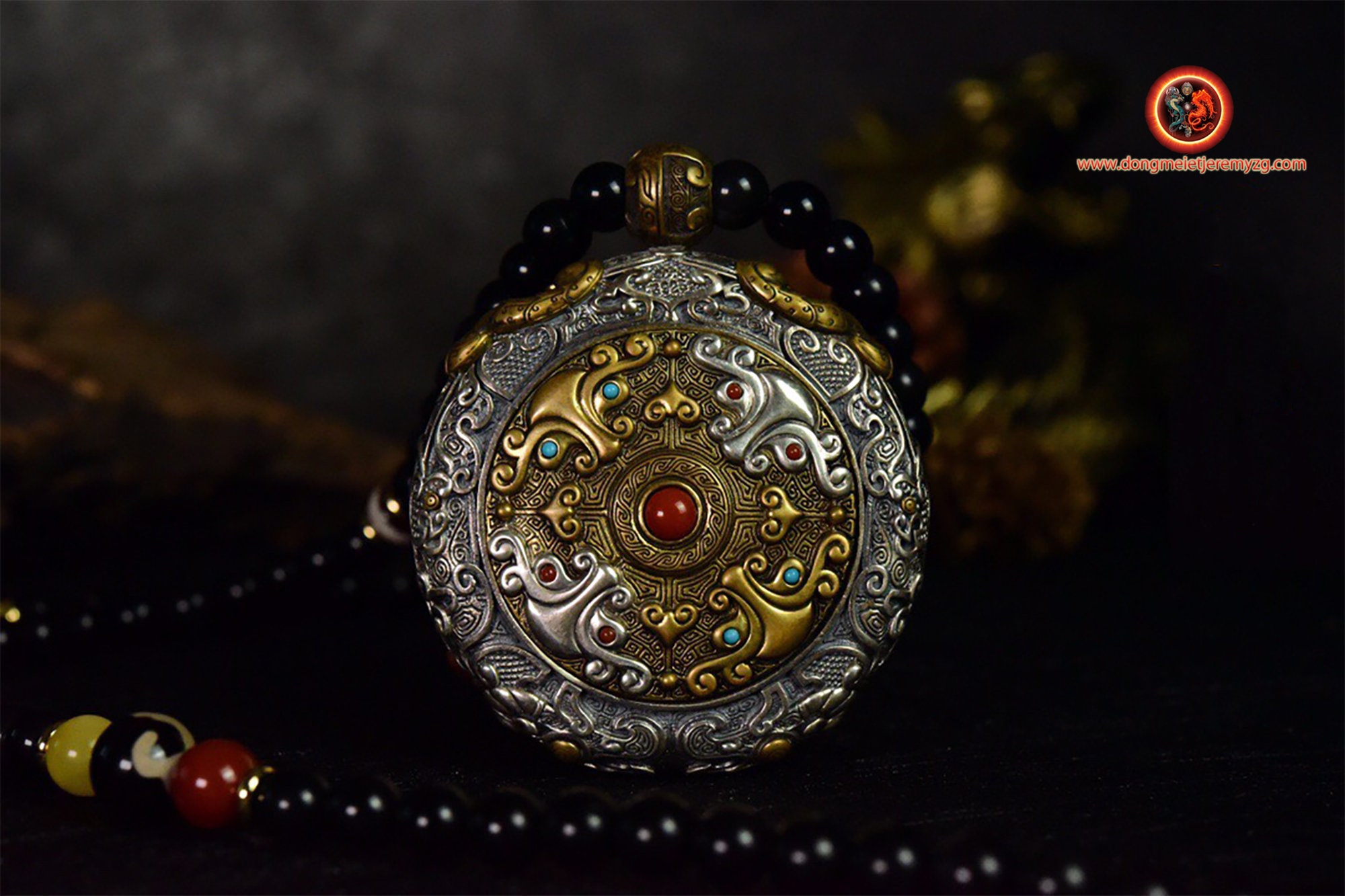 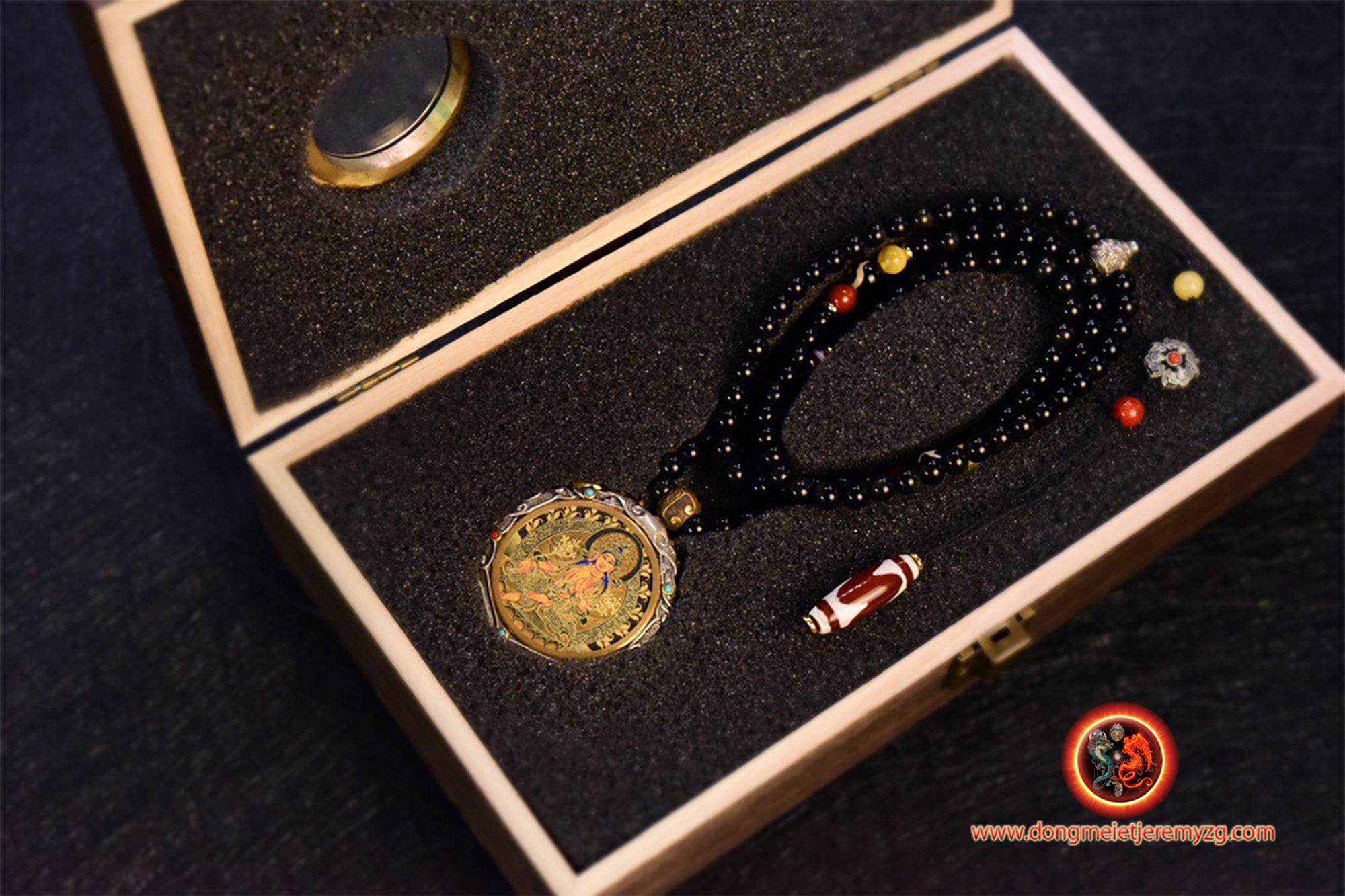 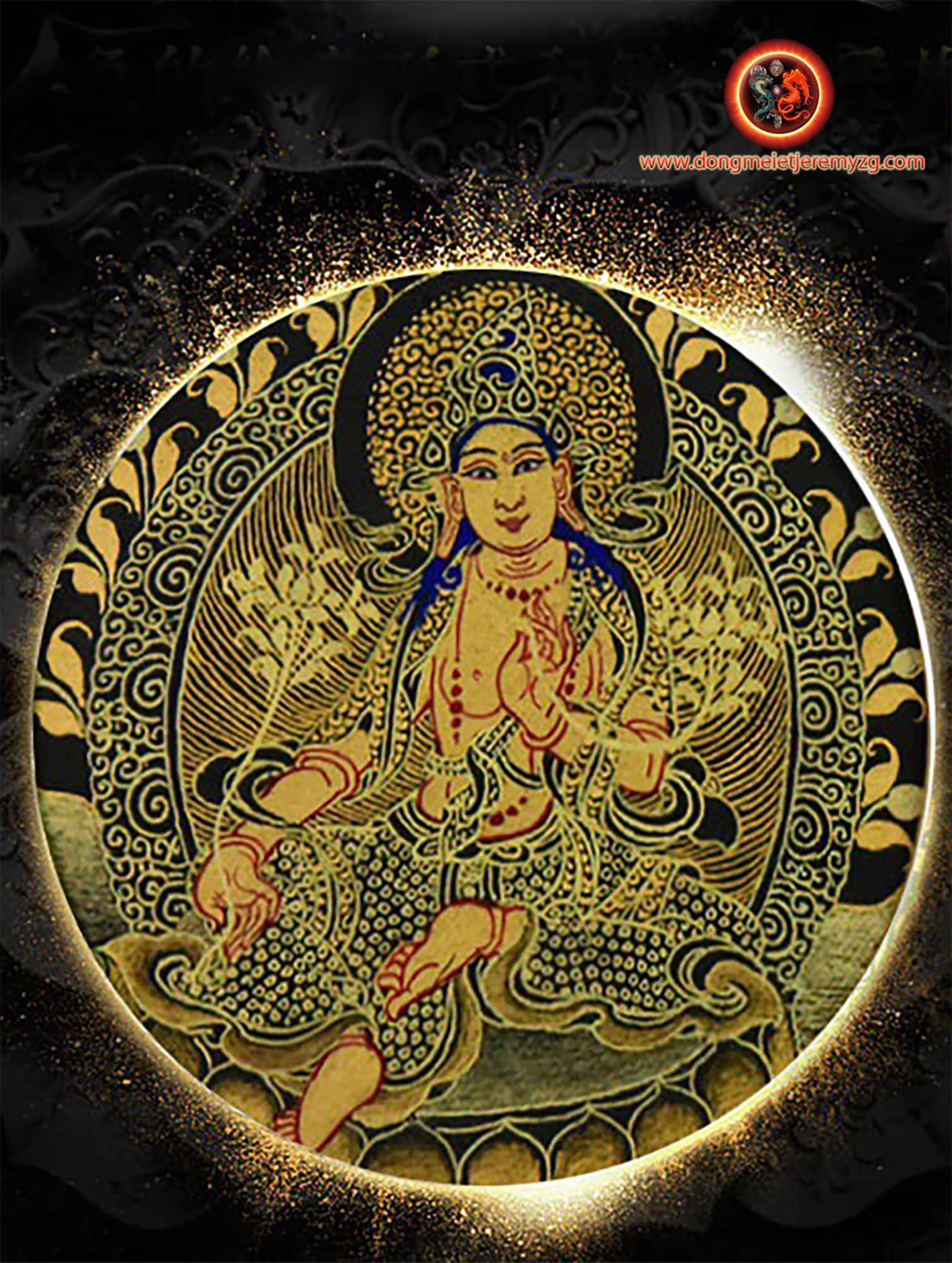 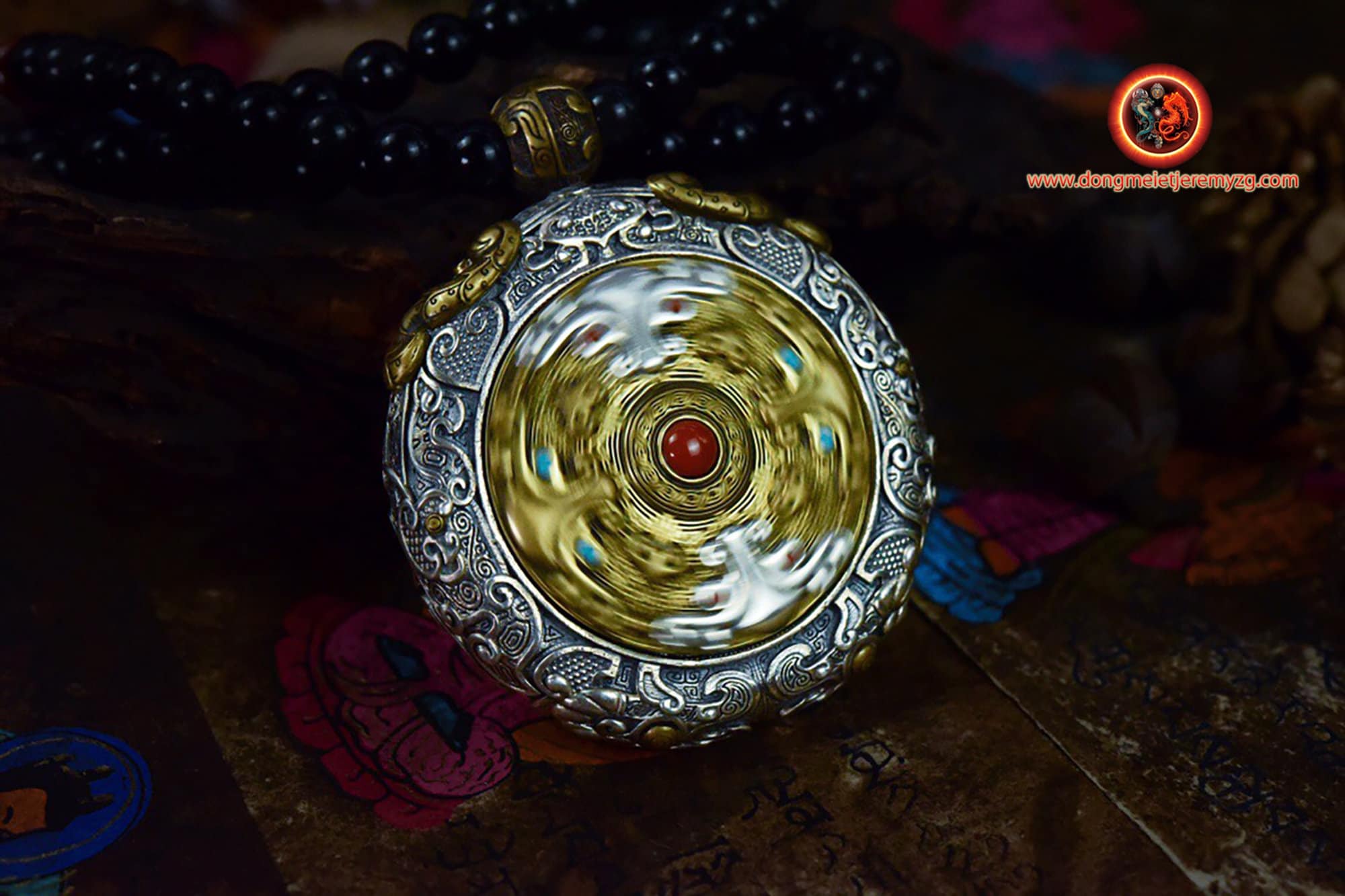 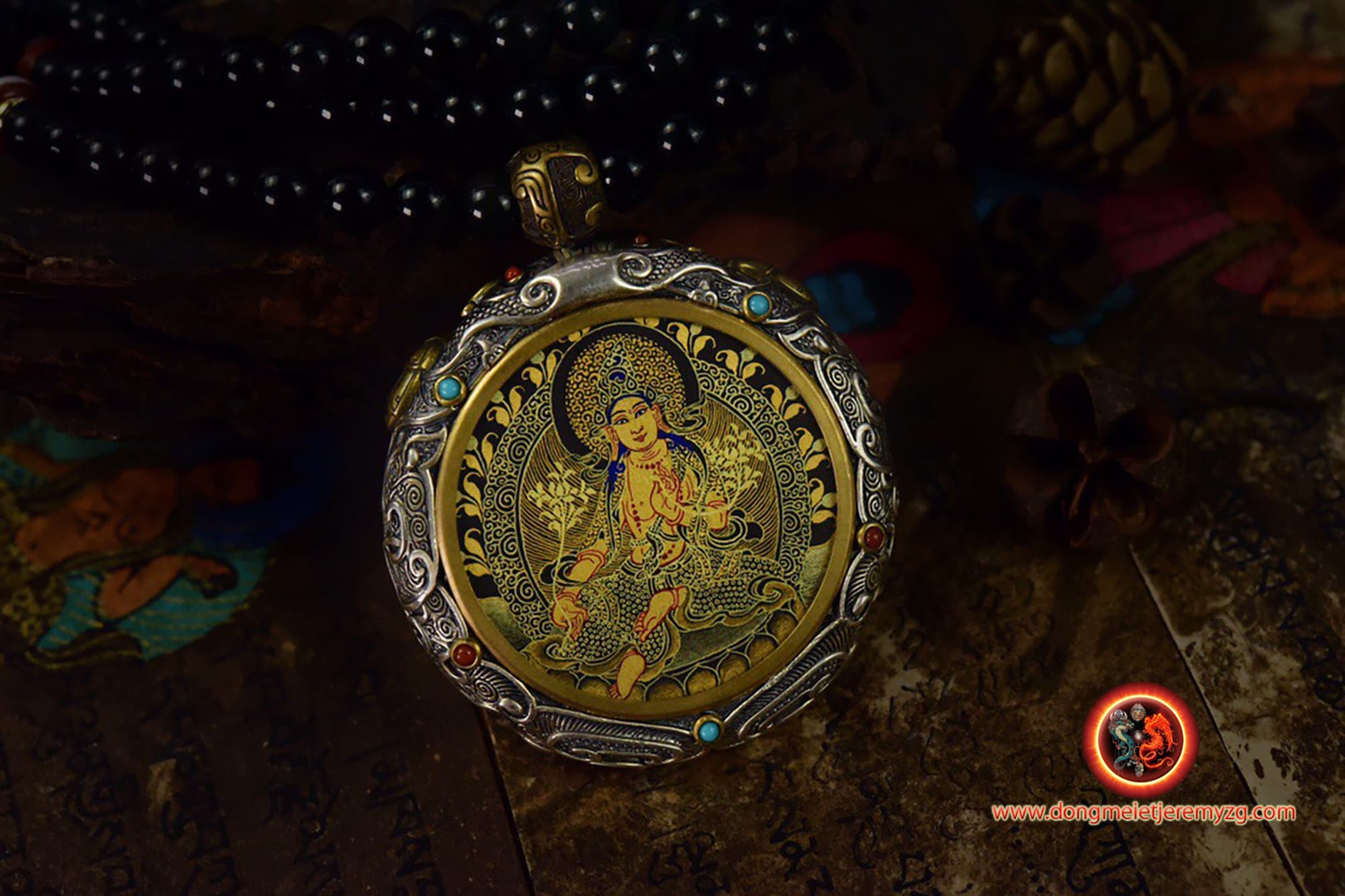 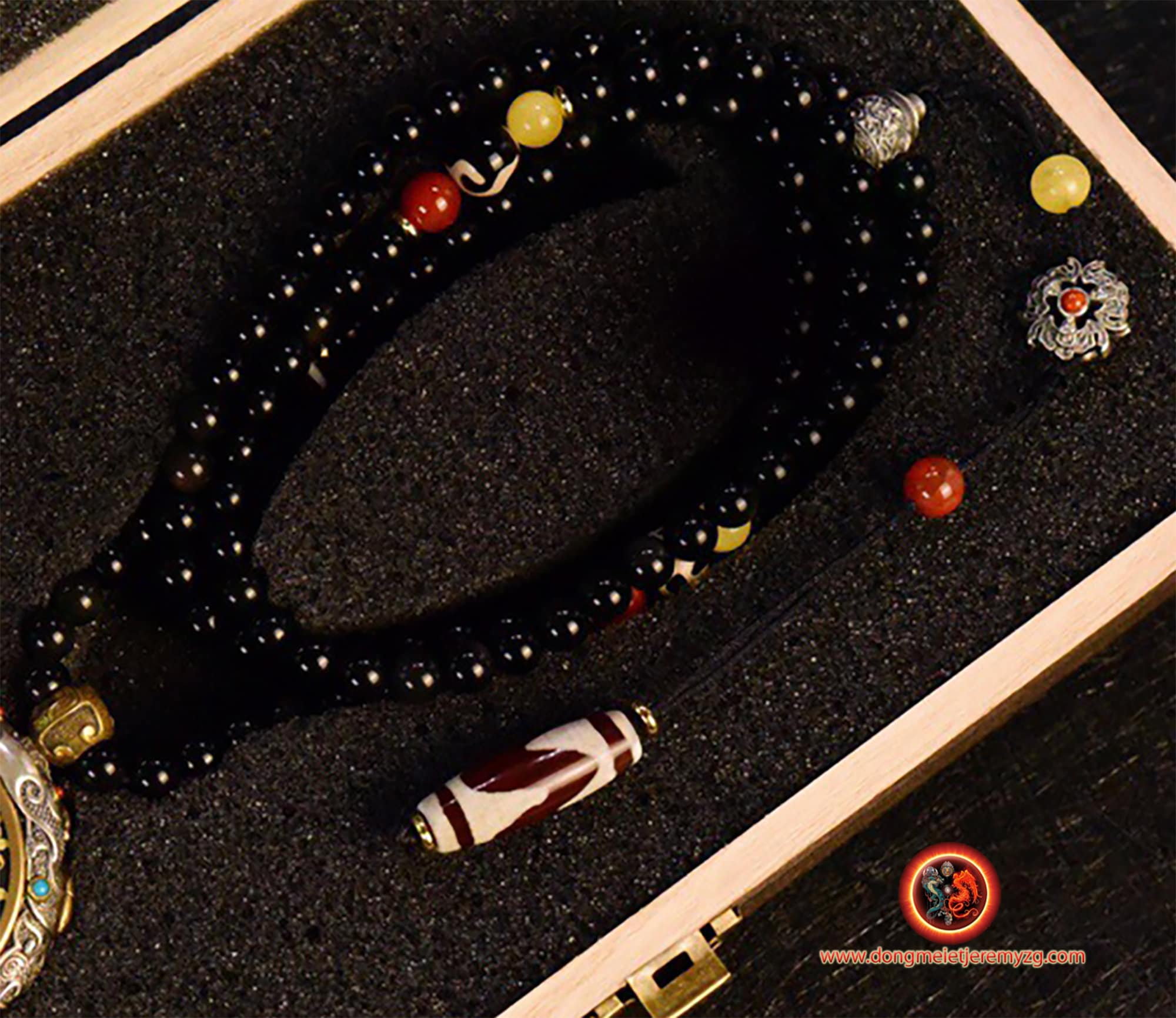 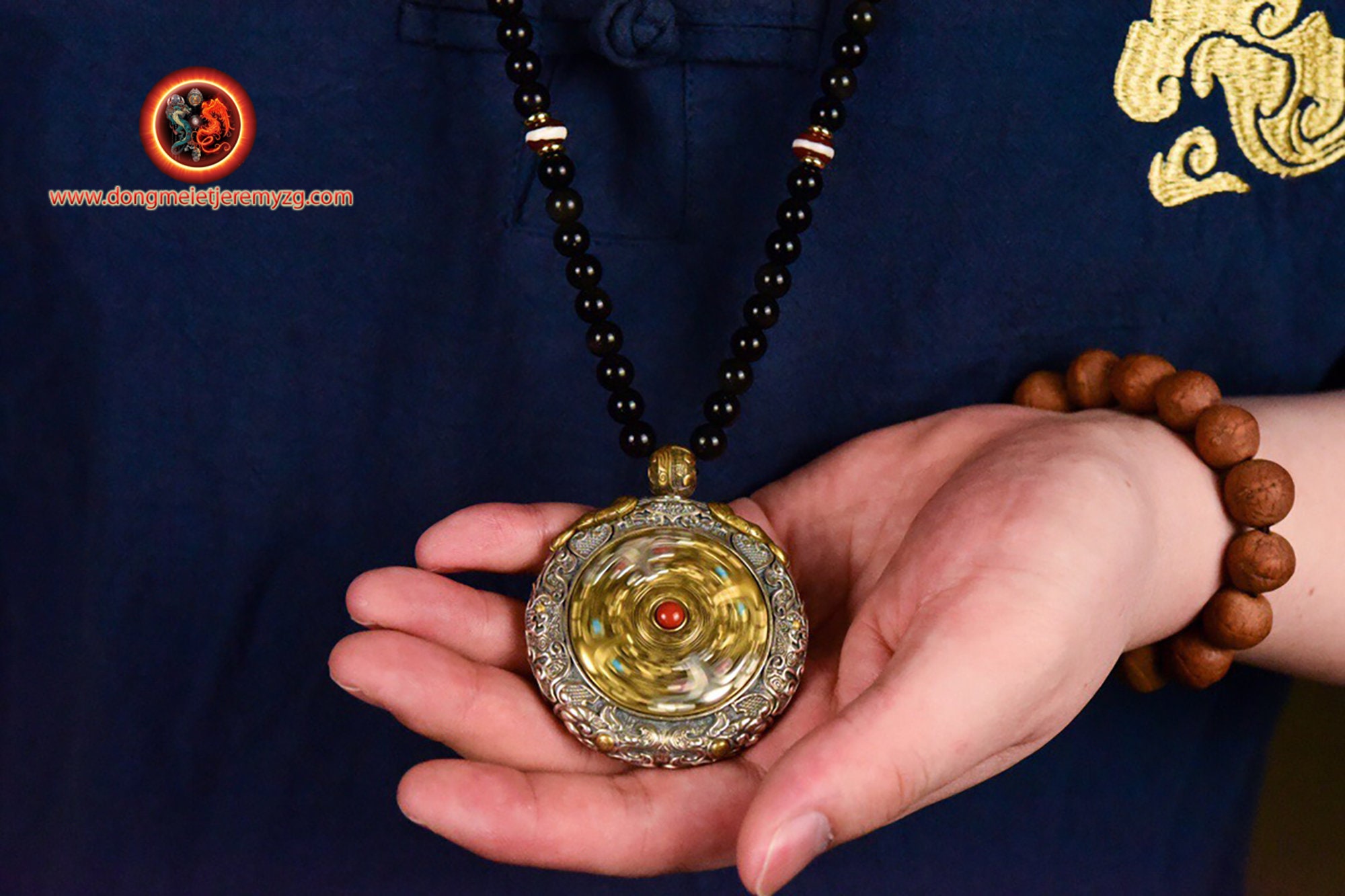 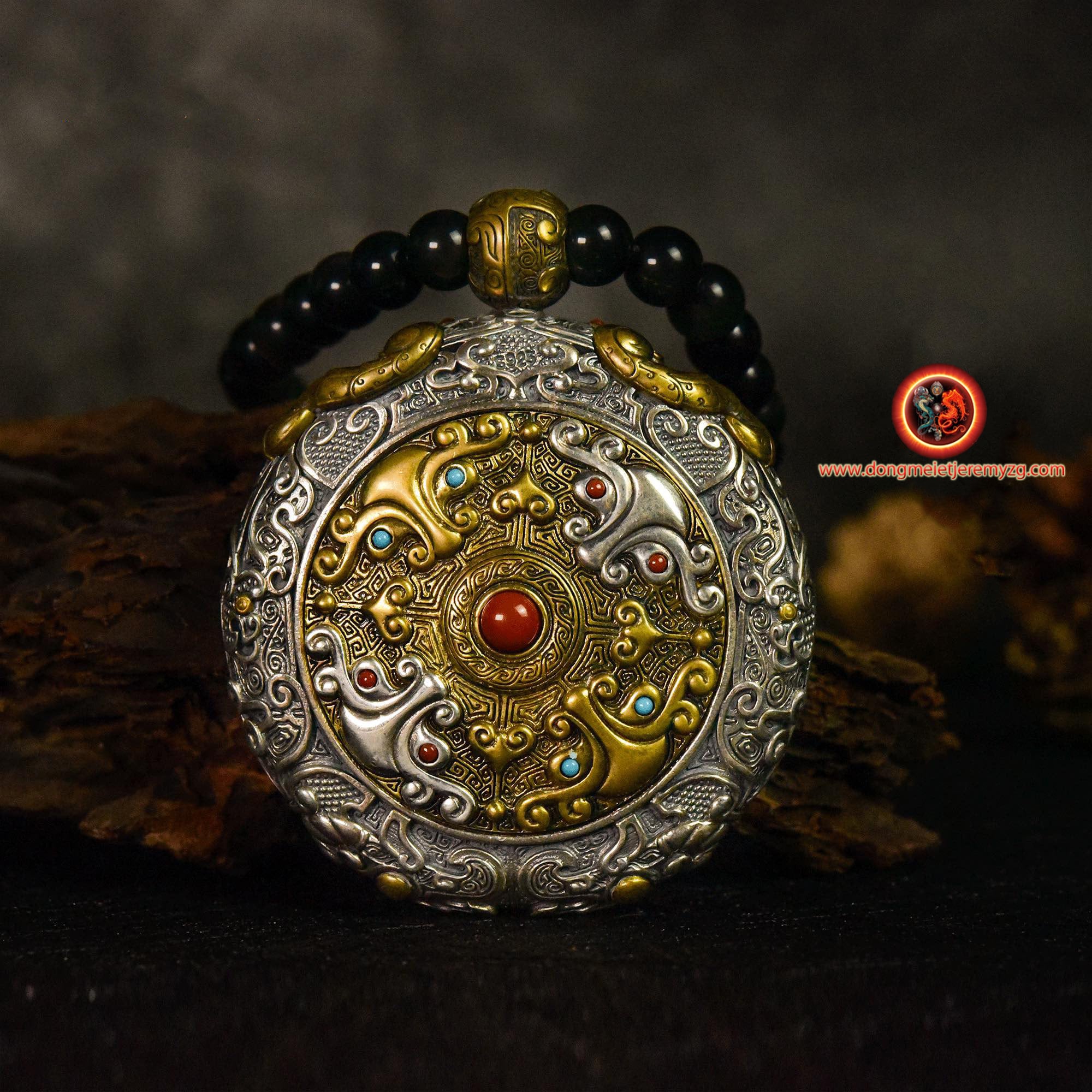 The tangka is painted at the Longwu Temple, also called Wutun. Tibetan Lamasery located in the Tibetan prefecture of Rebkong , Amdo province, called Huangnan in Qinghai Province in China and is located 186 km from Xining.
Renowned Tibetan thangka painting center. The Regong Arts were inscribed in 2009 on the representative list of the intangible cultural heritage of humanity.
The colors of this tangka are composed of pure gold and crushed minerals.
Sold with certificate of authenticity.

Rotating wheel on the back with a taoté motif (dragon revered in the Neolithic) thanks to a ball bearing of high precision German.

The pendant comes hung to its mala, prayer rosary and Buddhist meditation consisting of 108 black sandalwood beads 8mm in diameter, Burmese amber, cinabre and a DZI (Tibetan sacred agate) called "tiger teeth"
The teeth of the DZI tiger give the person who wears this DZI will-power and persistence. It is believed that this stone helps to focus the mind and realize its personal aspirations.