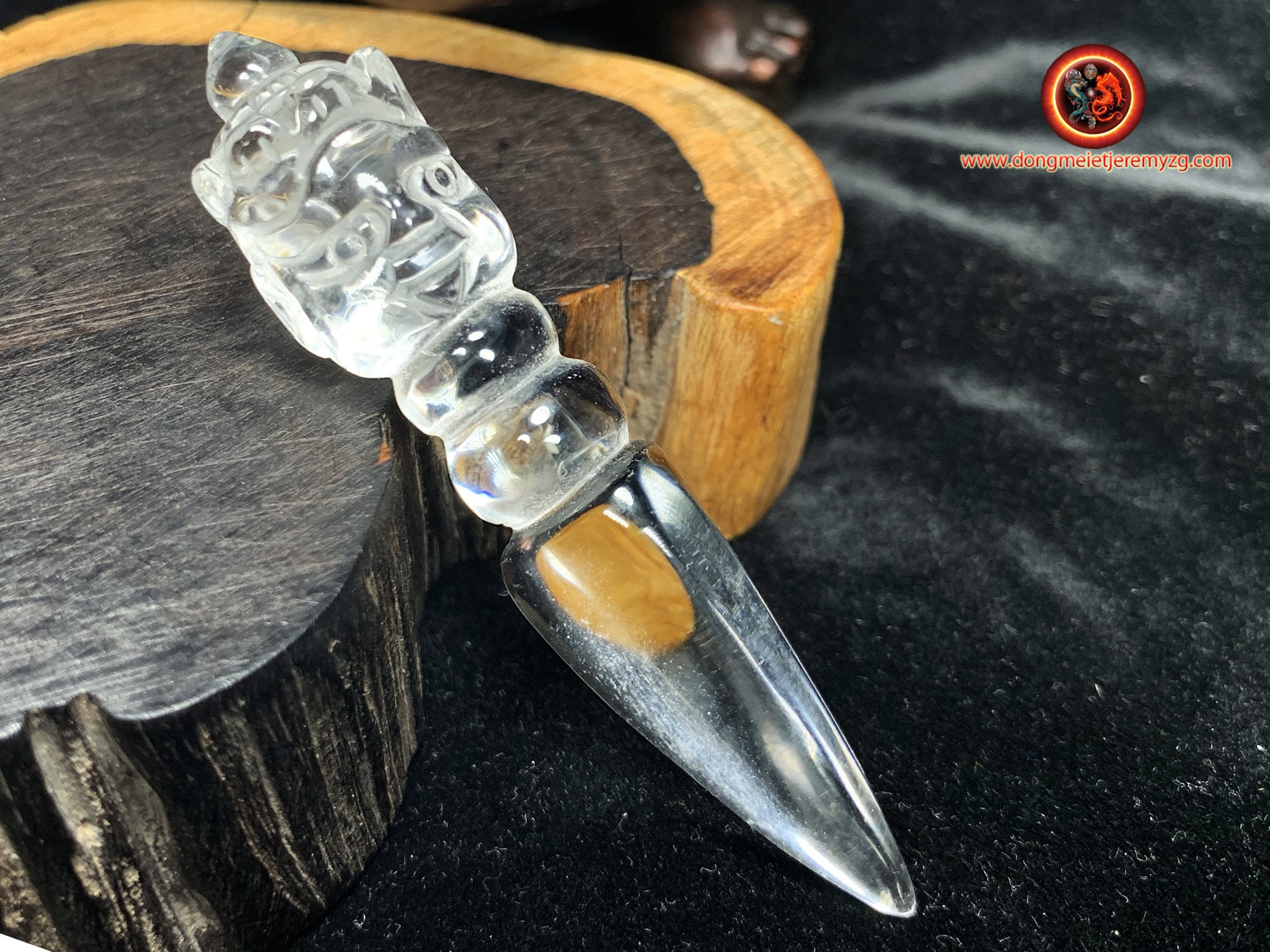 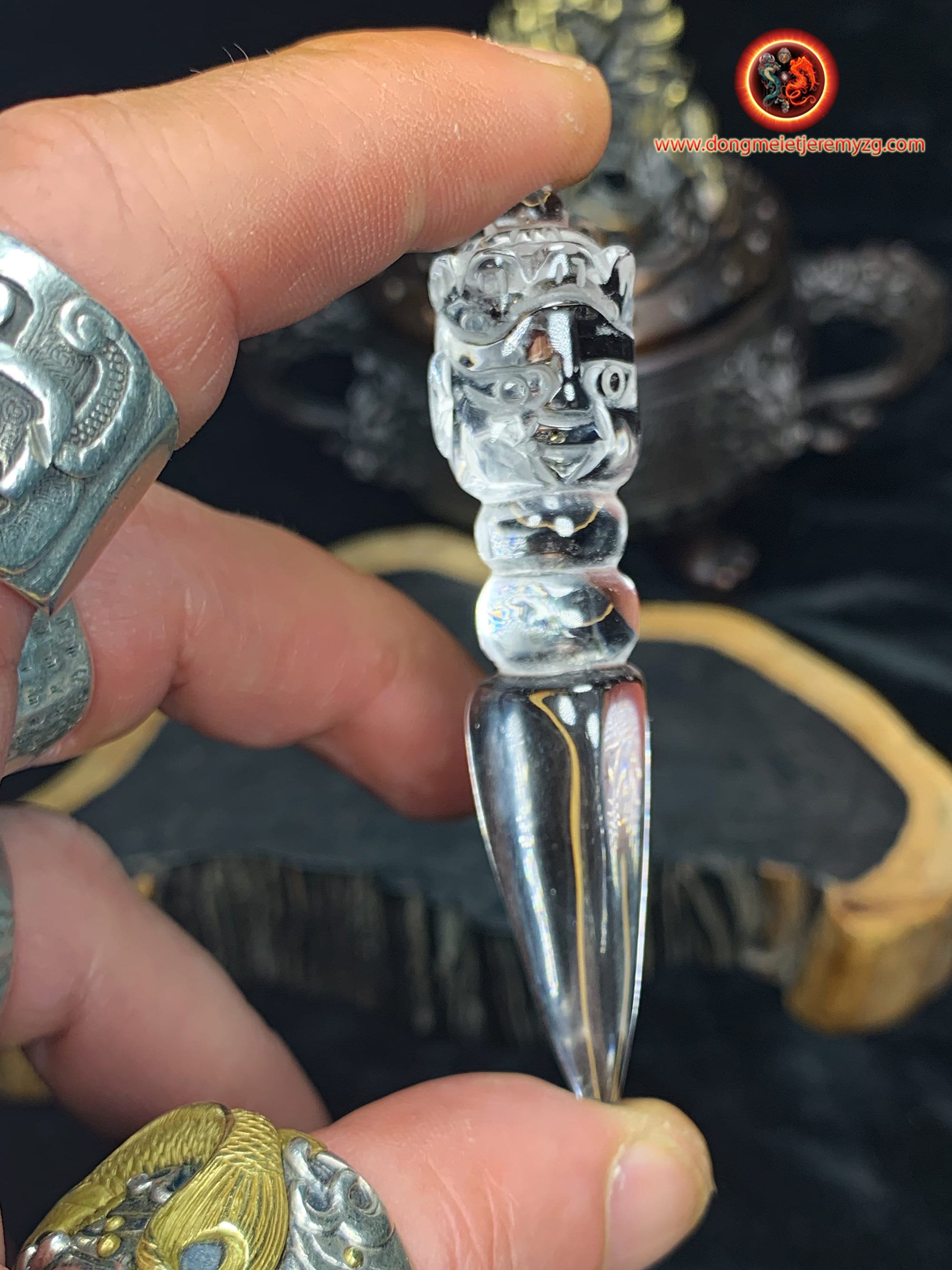 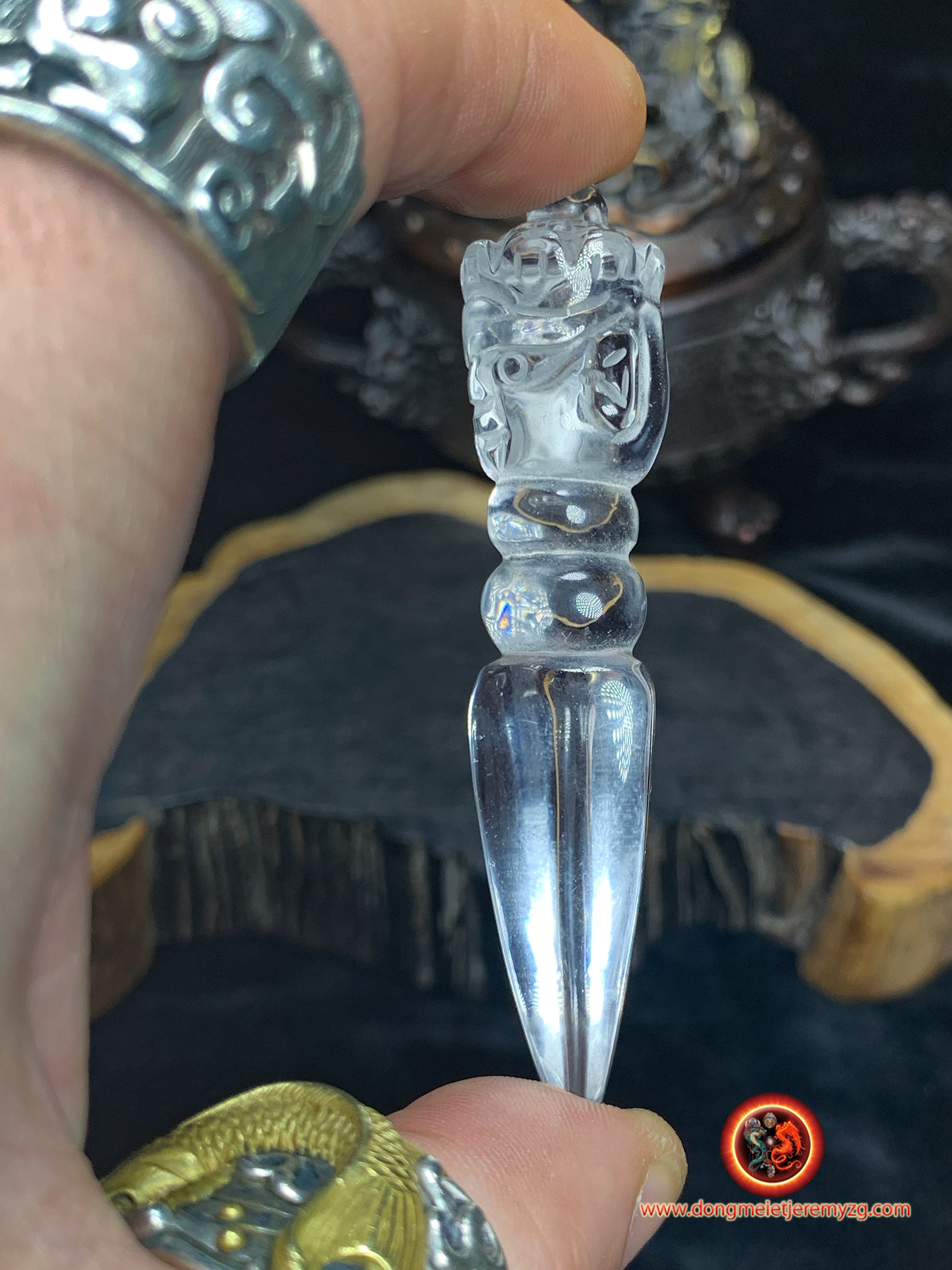 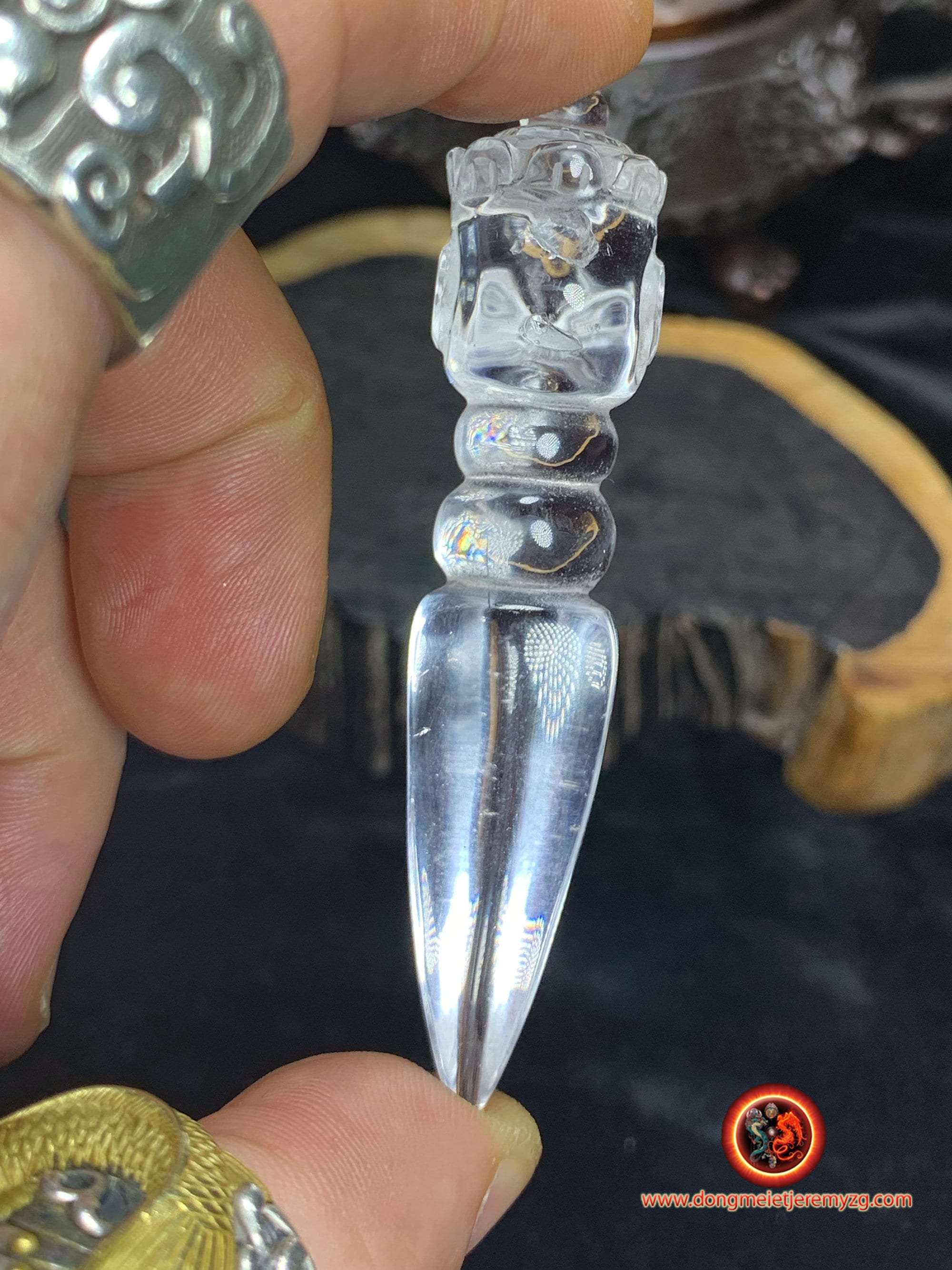 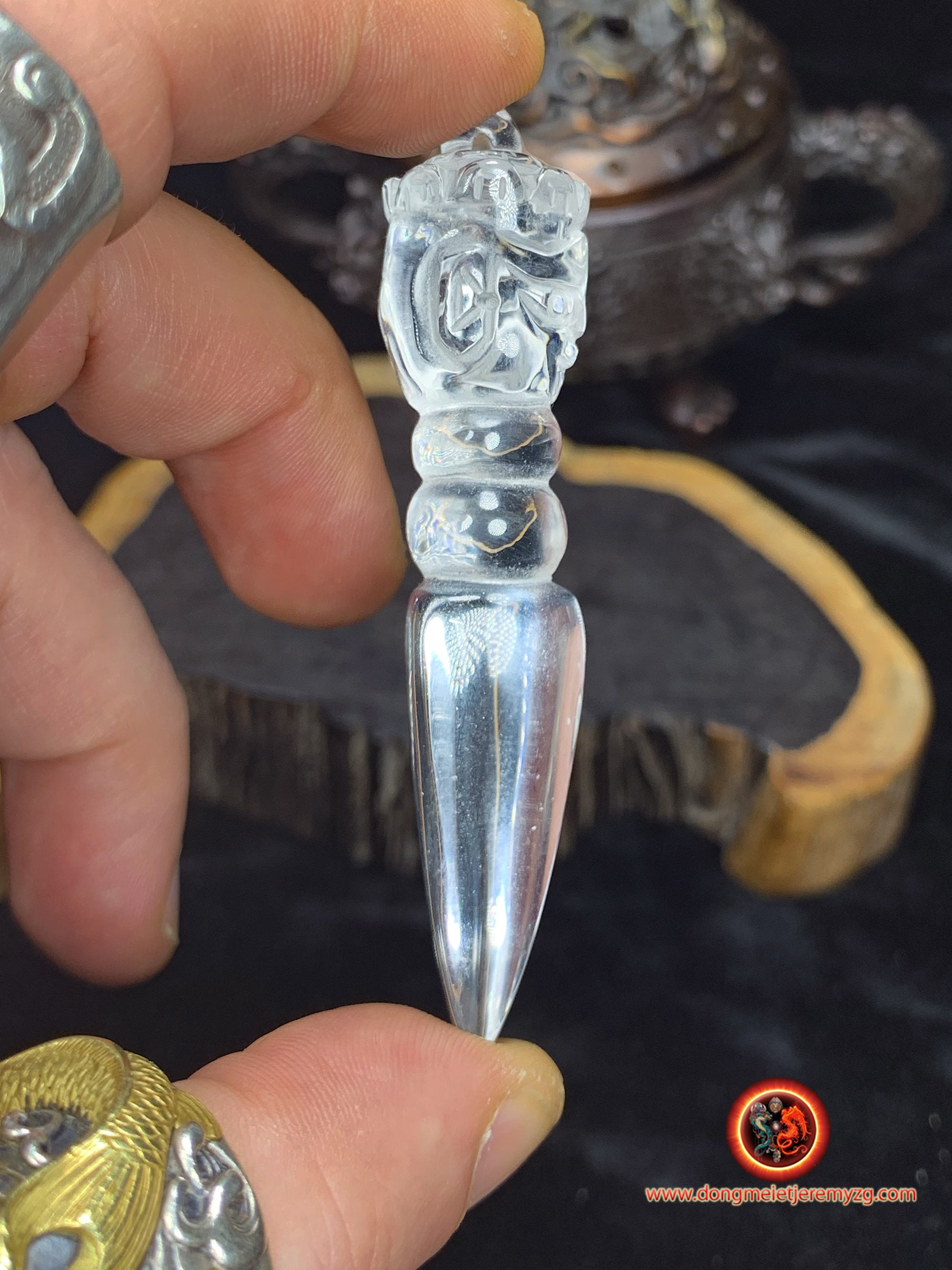 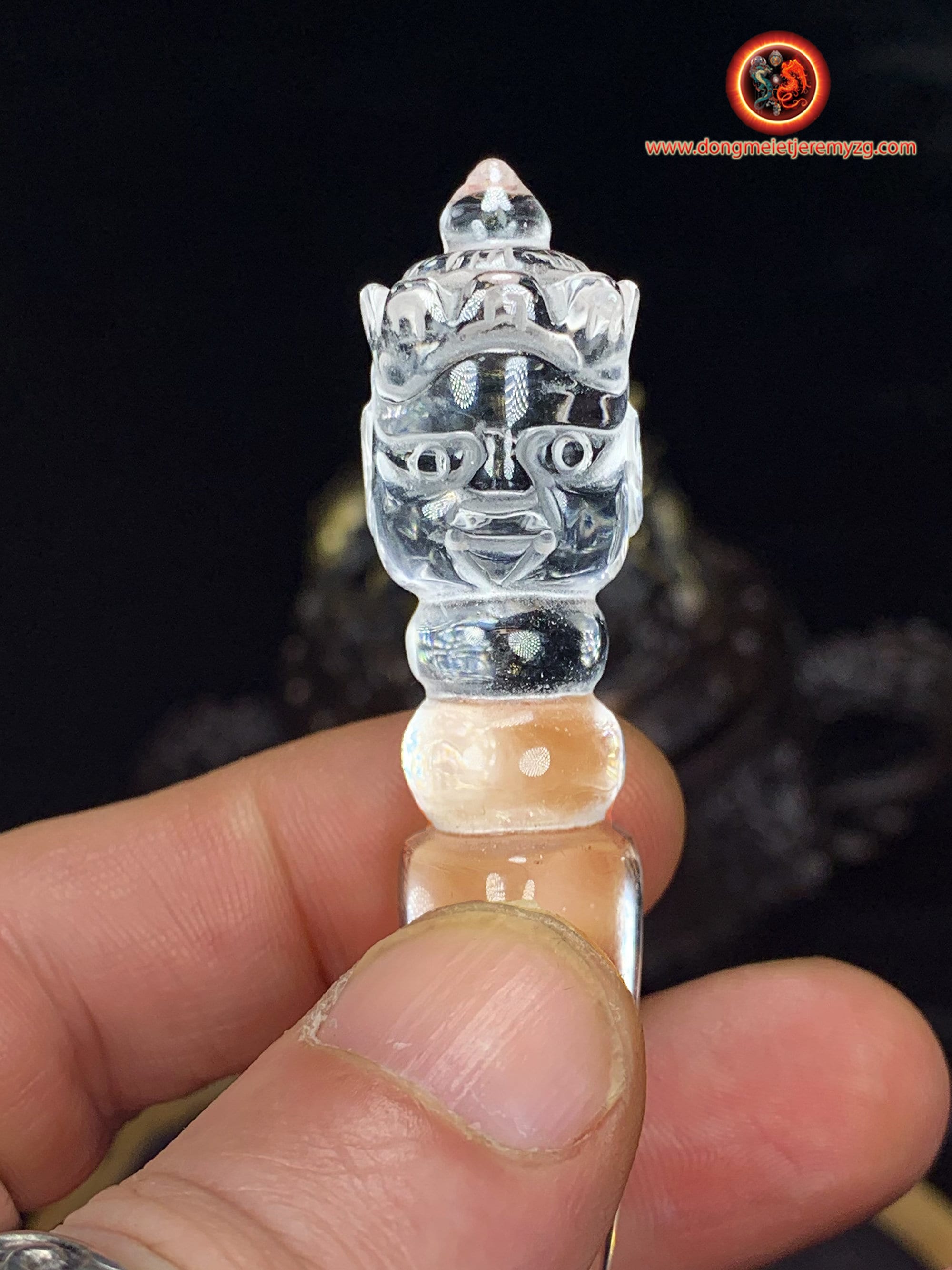 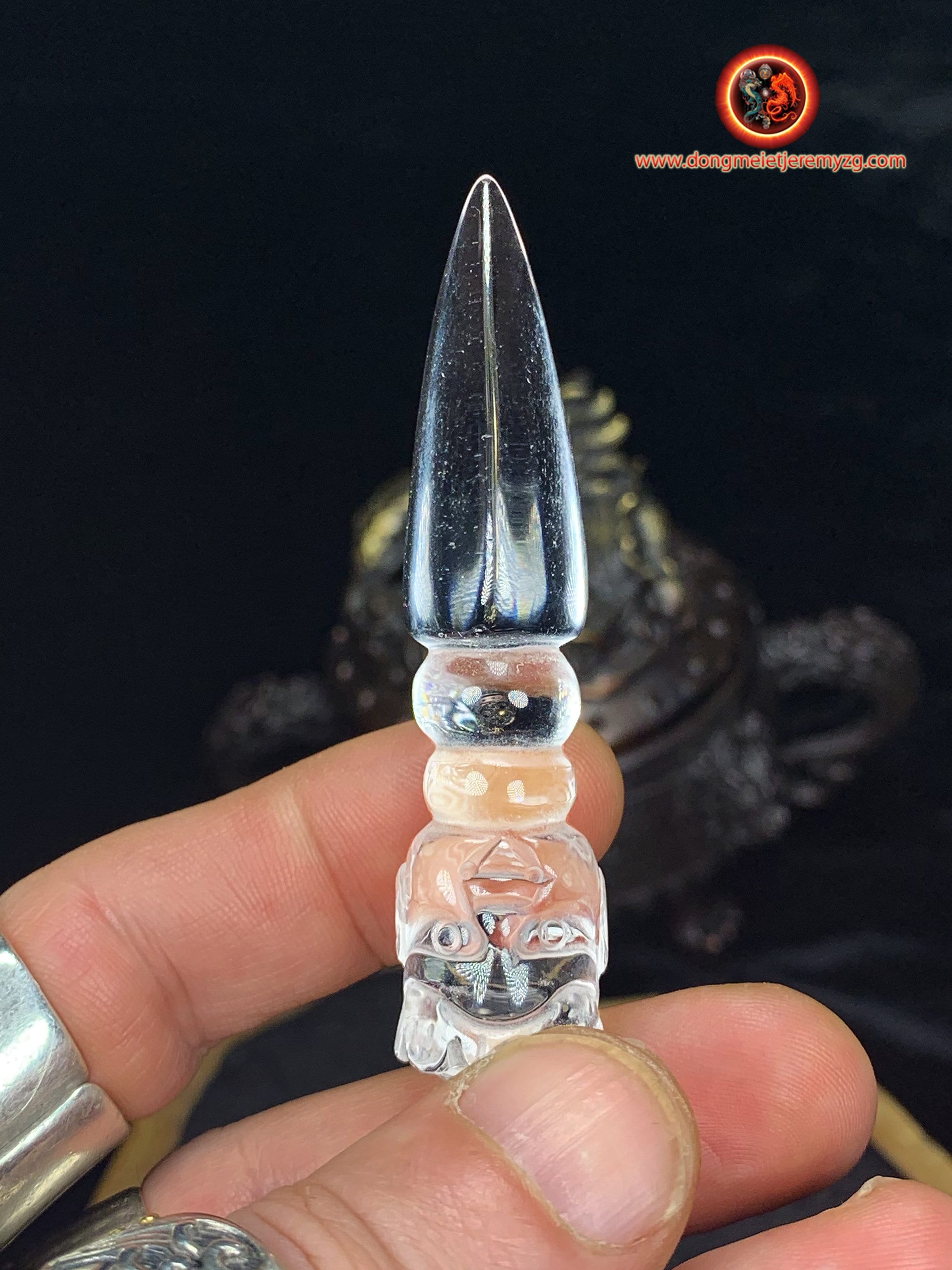 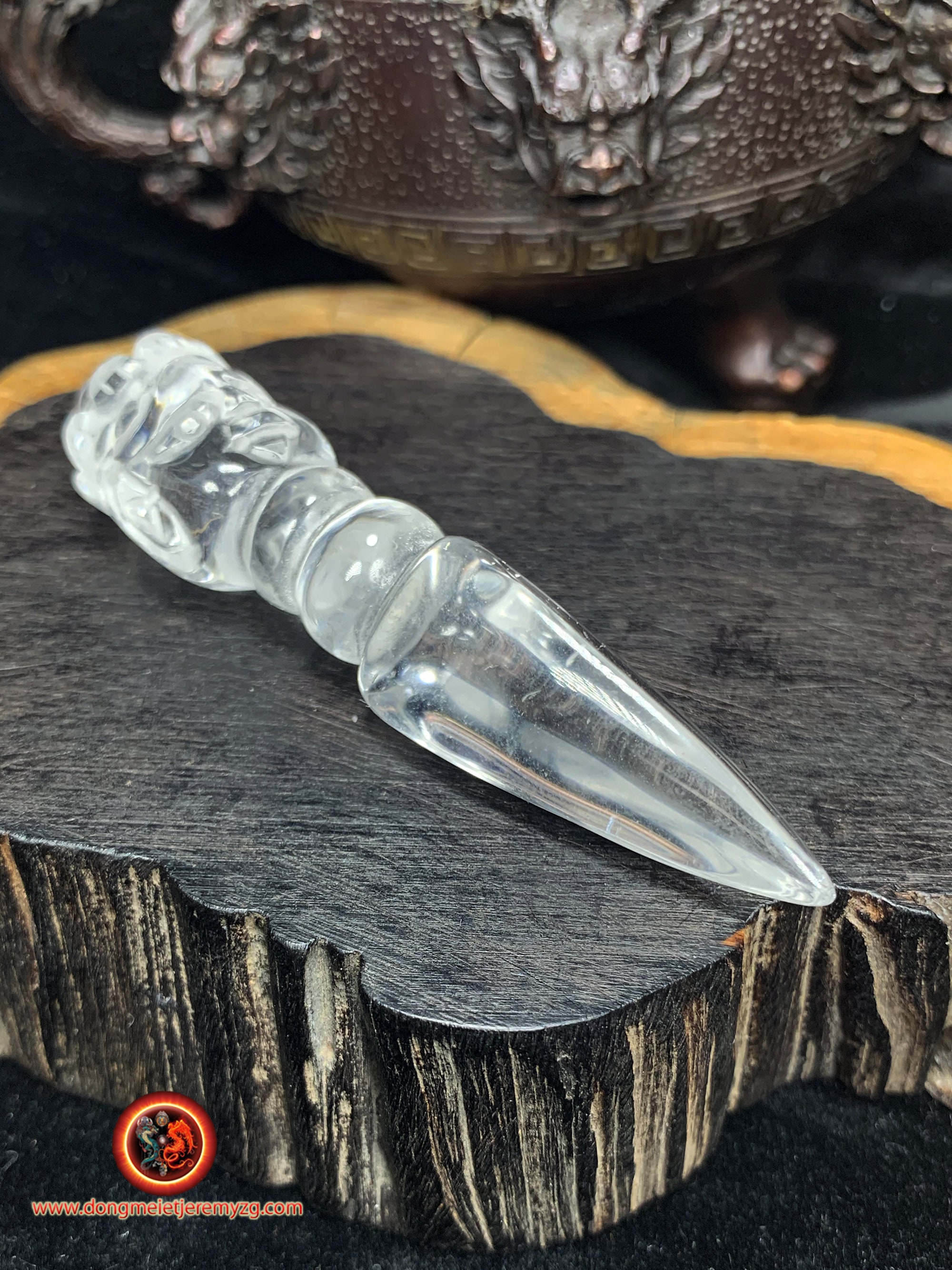 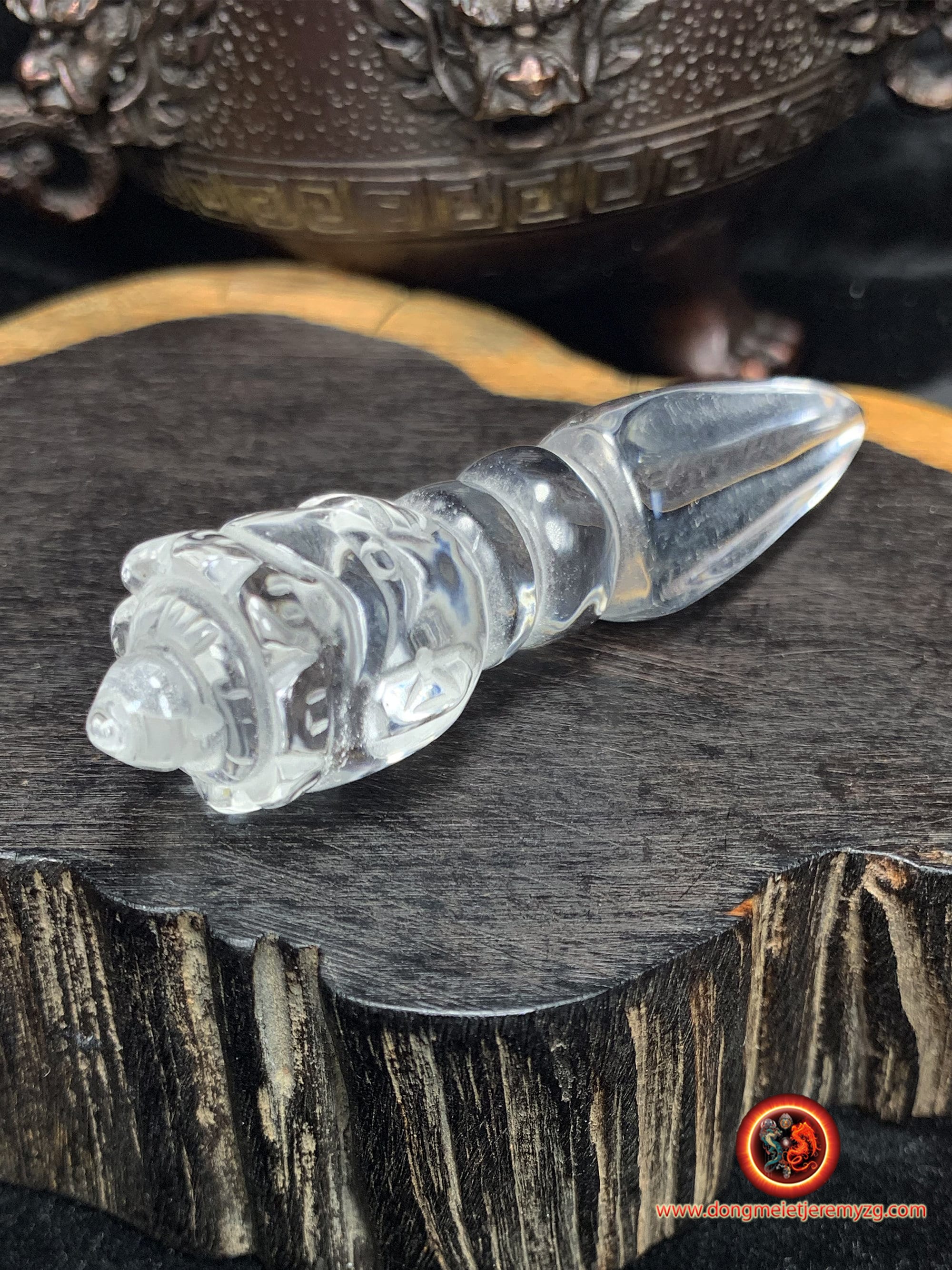 Phurba, ritual object of Tibetan tantric Buddhism.
Natural rock crystal of Brazil
Crystal of Brazil rock of excellent quality.
As a gemologist graduated from the Institut National de Gemmologie (ING), Paris, France. All our materials are appraised and certified by us.

About 90 mm long
Weight of about 27 grams

To view our entire collection of buddhist ritual objects available, please click on this link
https://www.etsy.com/fr/shop/DongmeietJeremyZG?ref=seller-platform-mcnav&section_id=27107864

Representation of Mahakala on the phurba pommel


Called the "Great Black", Mahakala is peculiar to Tibet and is called Mong- po, and was accepted as a tutelary deity of Mongolia in the seventeenth century under the name of Yeke Gara, under Tibetan influence.

In Japan, mainly in the Shingon school, where his image would seem to come from Mongolia, and answering to the name of Daikokuten (大黒天, Great Black Sky) or simply Daikoku (Great Black), he does not have the same symbolism and was venerated from the seventeenth century as one of the 7 deities of happiness with Ebisu, Benzai Ten, Bishamon ten, Fukurokuju, Jurôjin and Hotei, a motley group of deities belonging to both Buddhism and Chinese Taoism artificially created in the seventeenth century by the monk Tenkai who died in 1643 (Postume name Jigen Daishi)

This name designates the deities taking on the task of protecting the practitioners and teachings in vajrayana and dzogchen.


Very numerous and divided into several classes, these protectors constitute an impressive set of deities, either masculine or feminine. Some having a peaceful appearance, most showing a corous appearance, thus showing their powers and dedication to the protection of secret teachings and ensuring to dispel obstacles on the spiritual path.

Two great classes of protectors are distinguished: The protectors of wisdom or supra-worldly of which the group of Mahakala is a part and the worldly protectors.

The Mahakala group has 75 forms all crowned of which 6 are the most important.