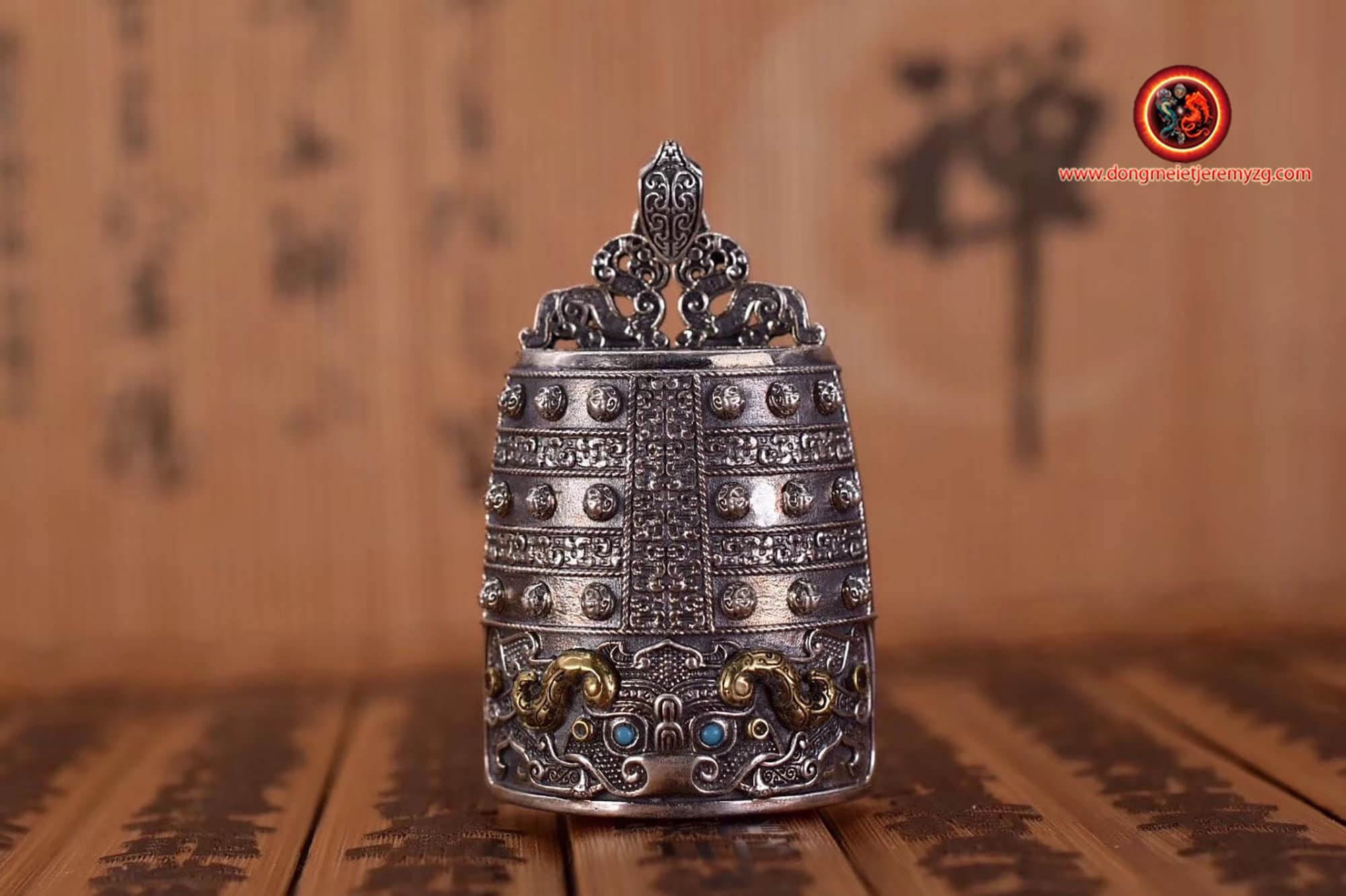 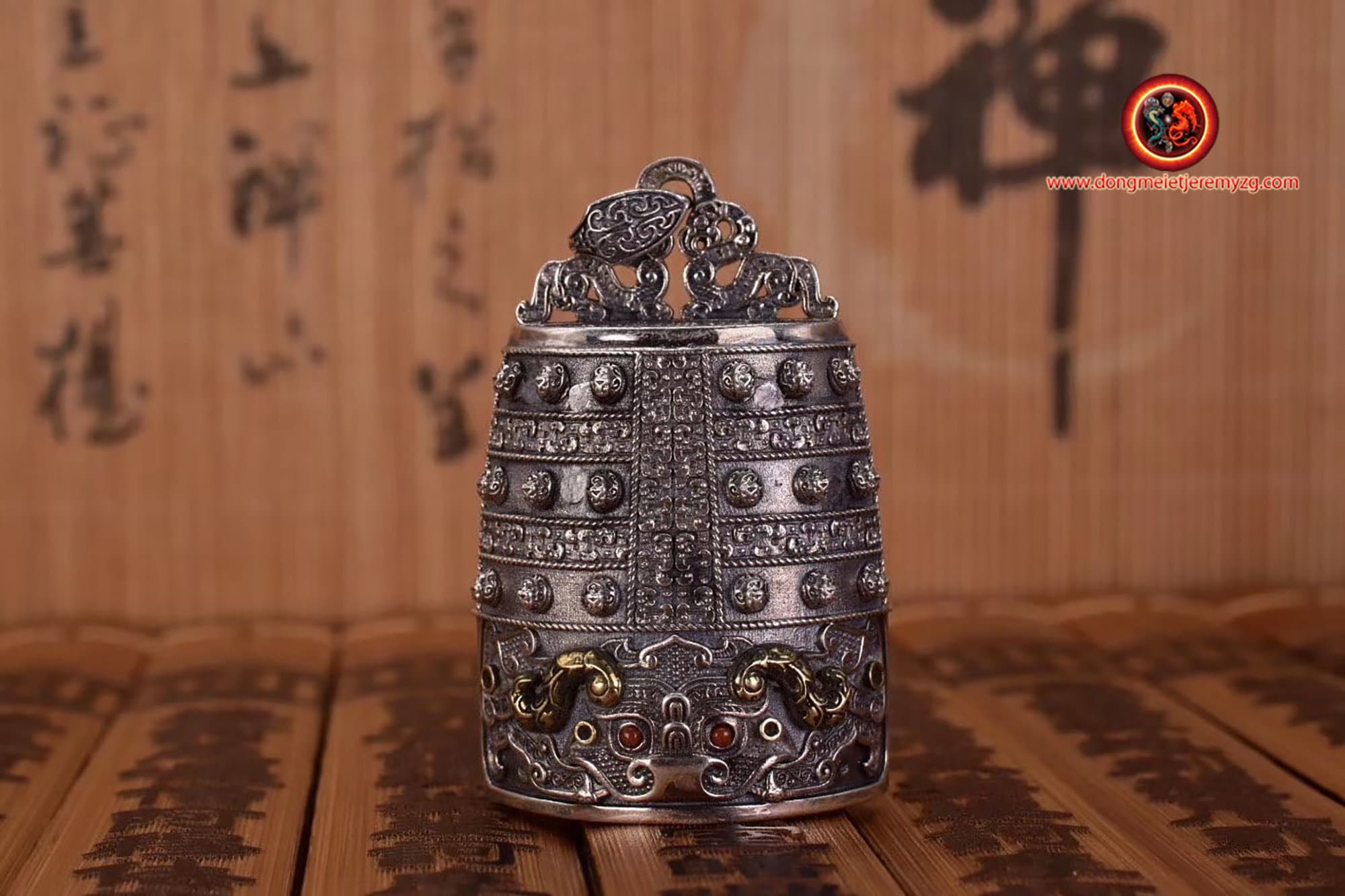 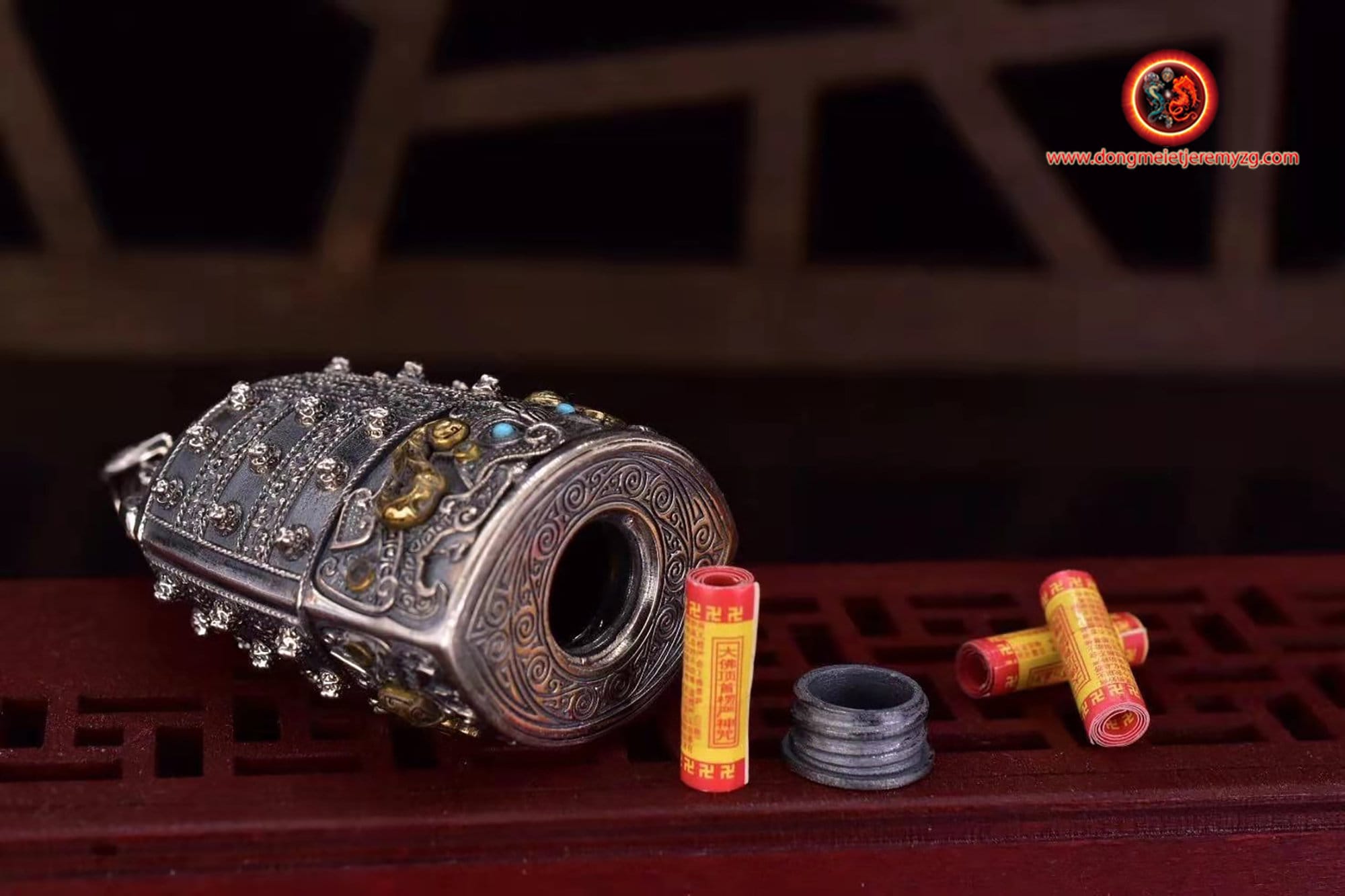 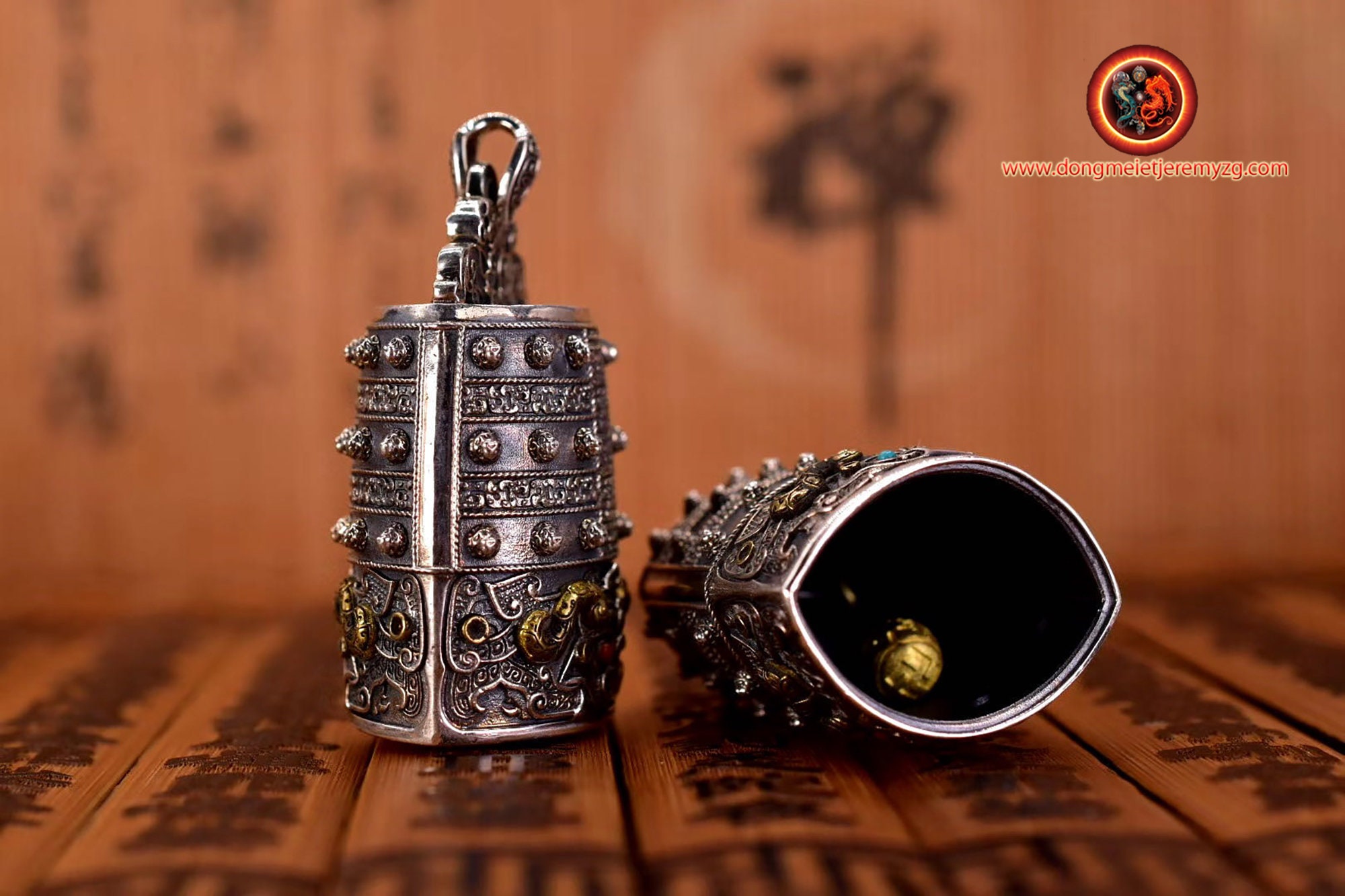 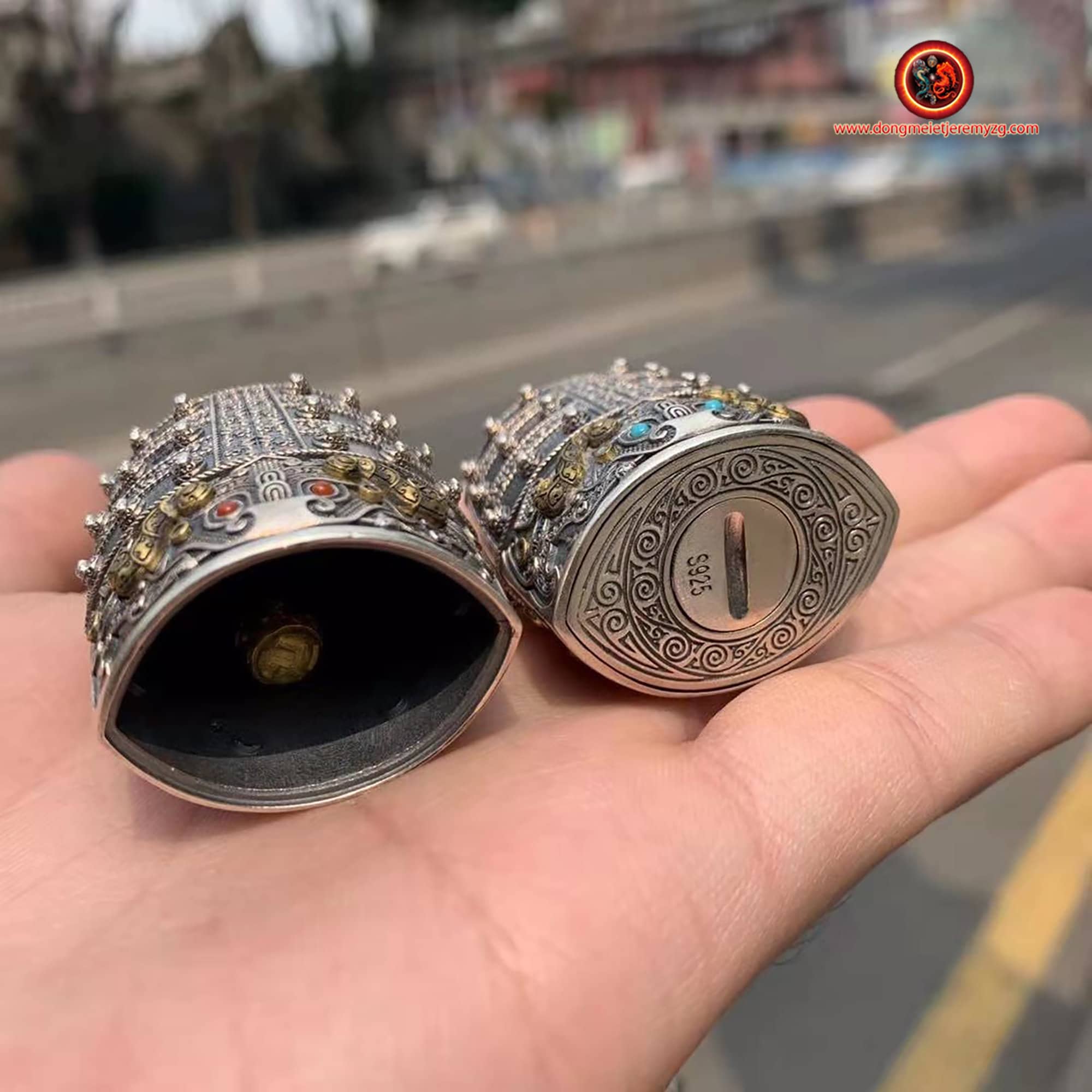 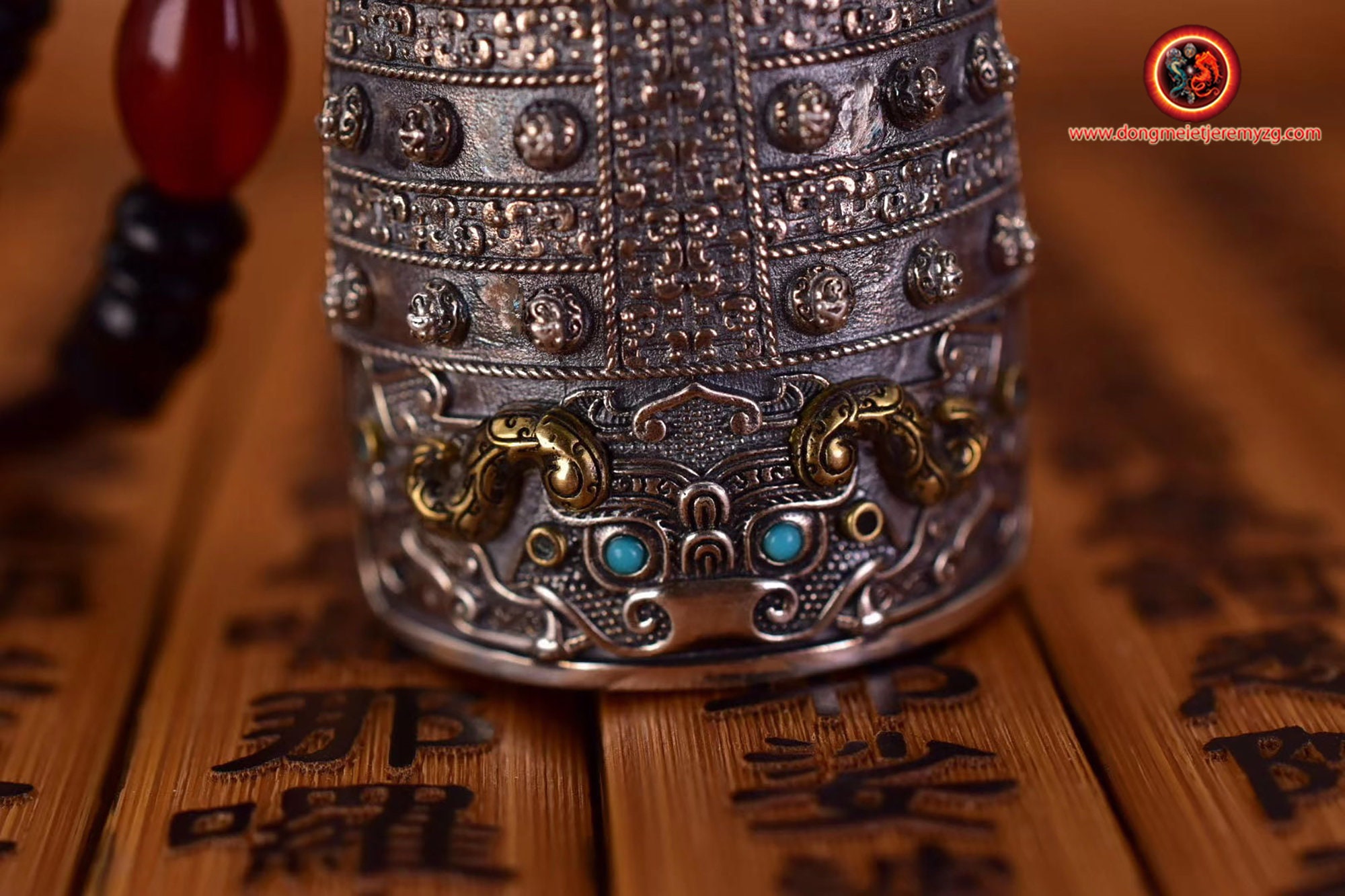 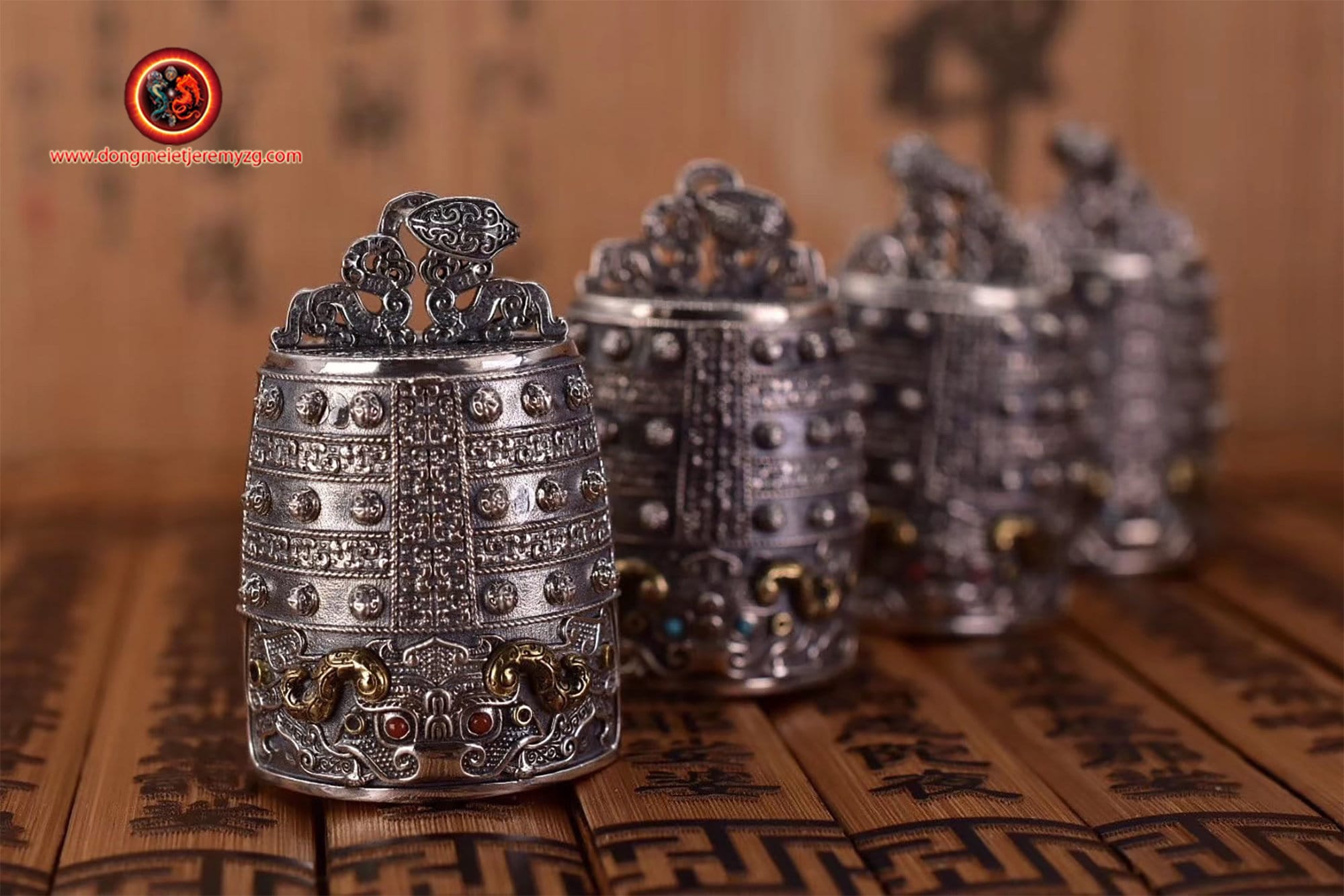 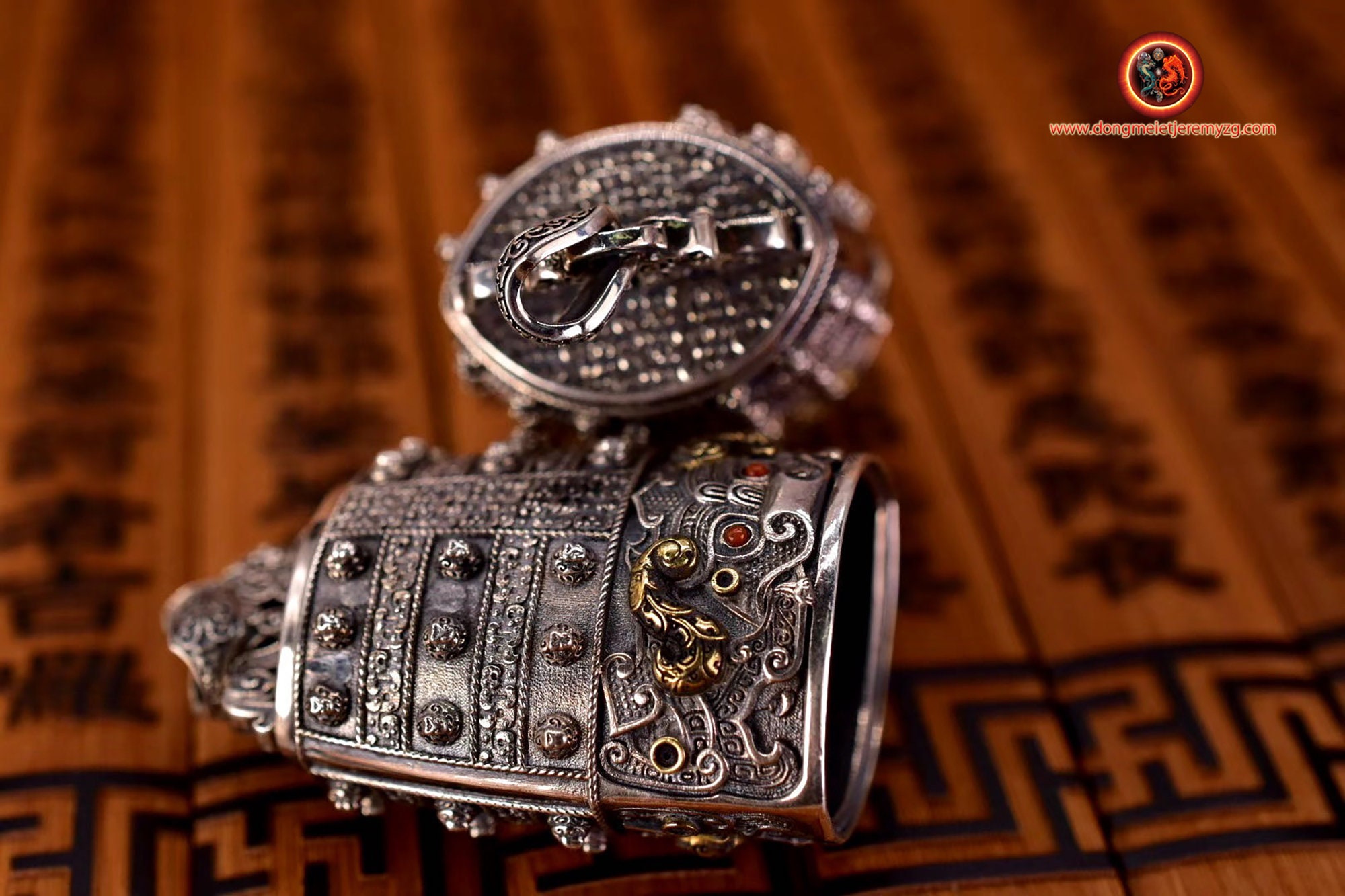 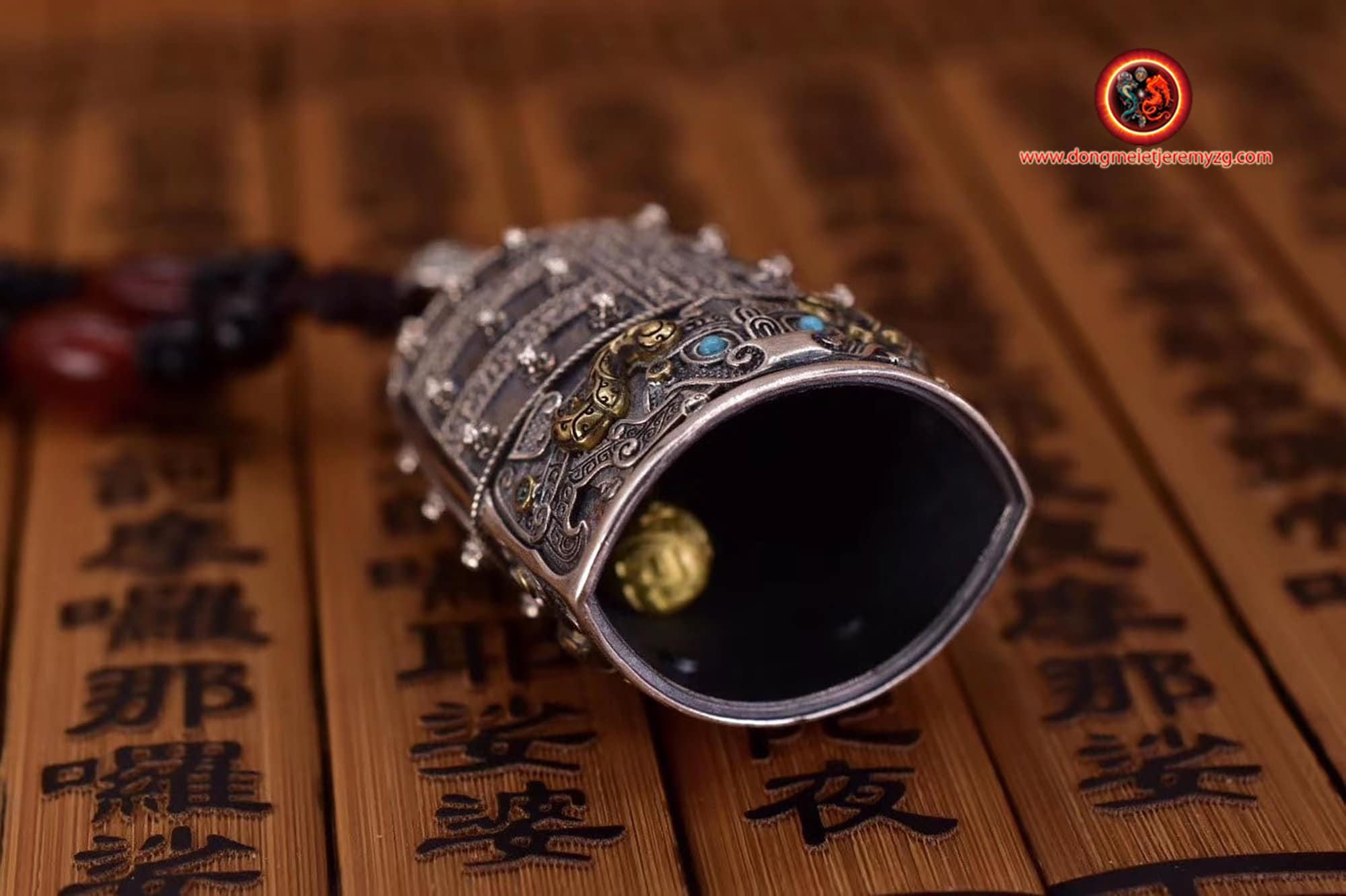 two models available bell or reliquary a prayer.
The bell is ringing
The reliquary contains the sutra of the heart.

The bianzhong (chin.) bonsha, Gypsy or Egane (jap.) are bells in Buddhist temples originating in China, then scattered in Korea, Japan and Vietnam, used to call monks to prayer and mark time.

The spiritual significance of these high-ended bells makes them play an important role in Buddhist ceremonies. In modern times, the characteristic sound has become a symbol of peace in the world.

Ancient Chinese musical instrument with a set of tuned bells. An additional bell, later the bonsh, was used as a tuning and to call listeners attending a bianzhong recital.

According to legend, the oldest bonsho arrived in Japan, from China, via the Korean peninsula. The Nihon Shoki reports that 'tomo no Satehiko brought back to Japan in 562 three bronze bells as war booty of the Koguryo.

Because of their shape, the bells are seen as representations of the seated Buddha and are accorded the same respect. The people who have to ring them bow three times before them, as if it were a Buddha statue.