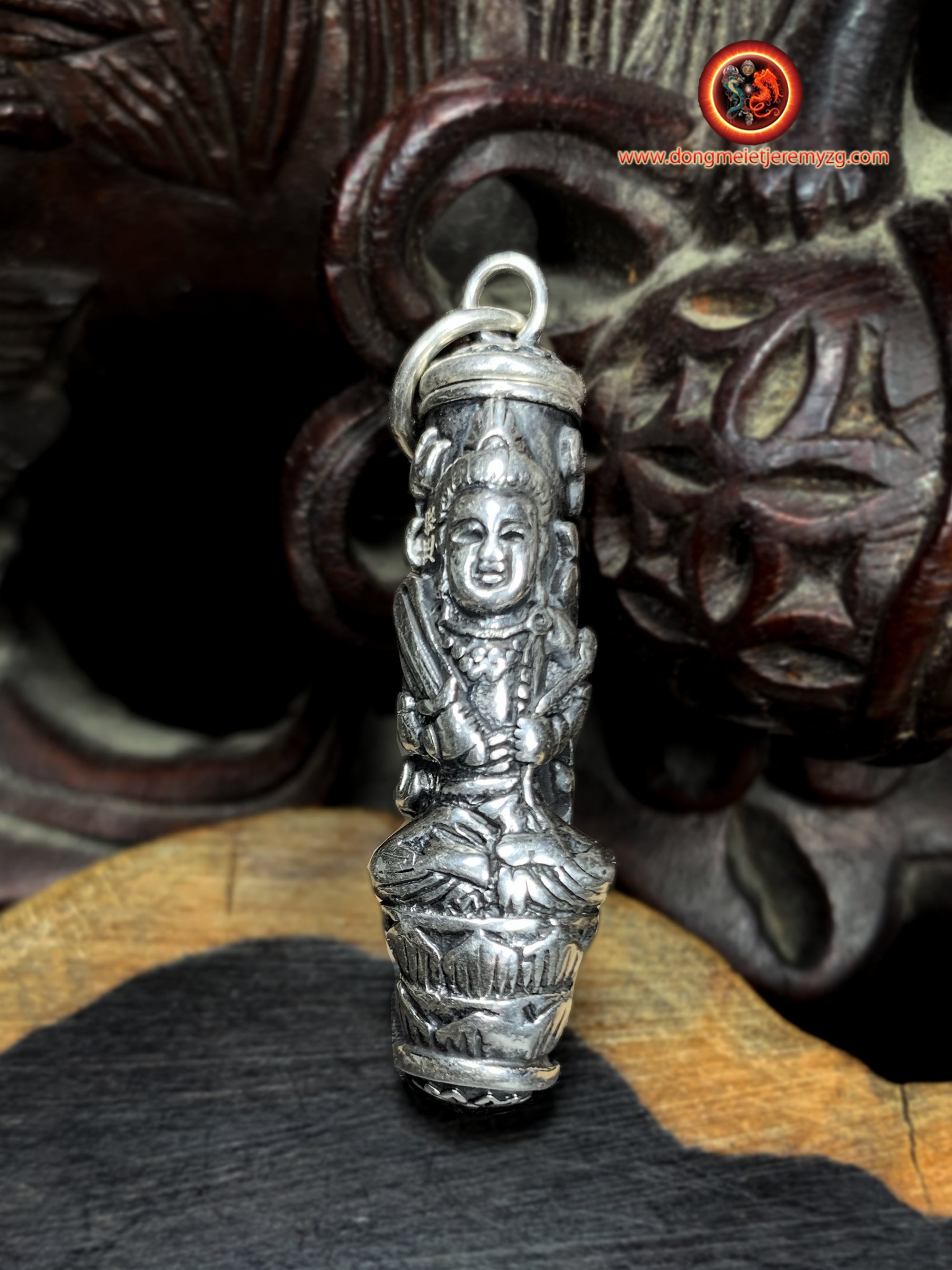 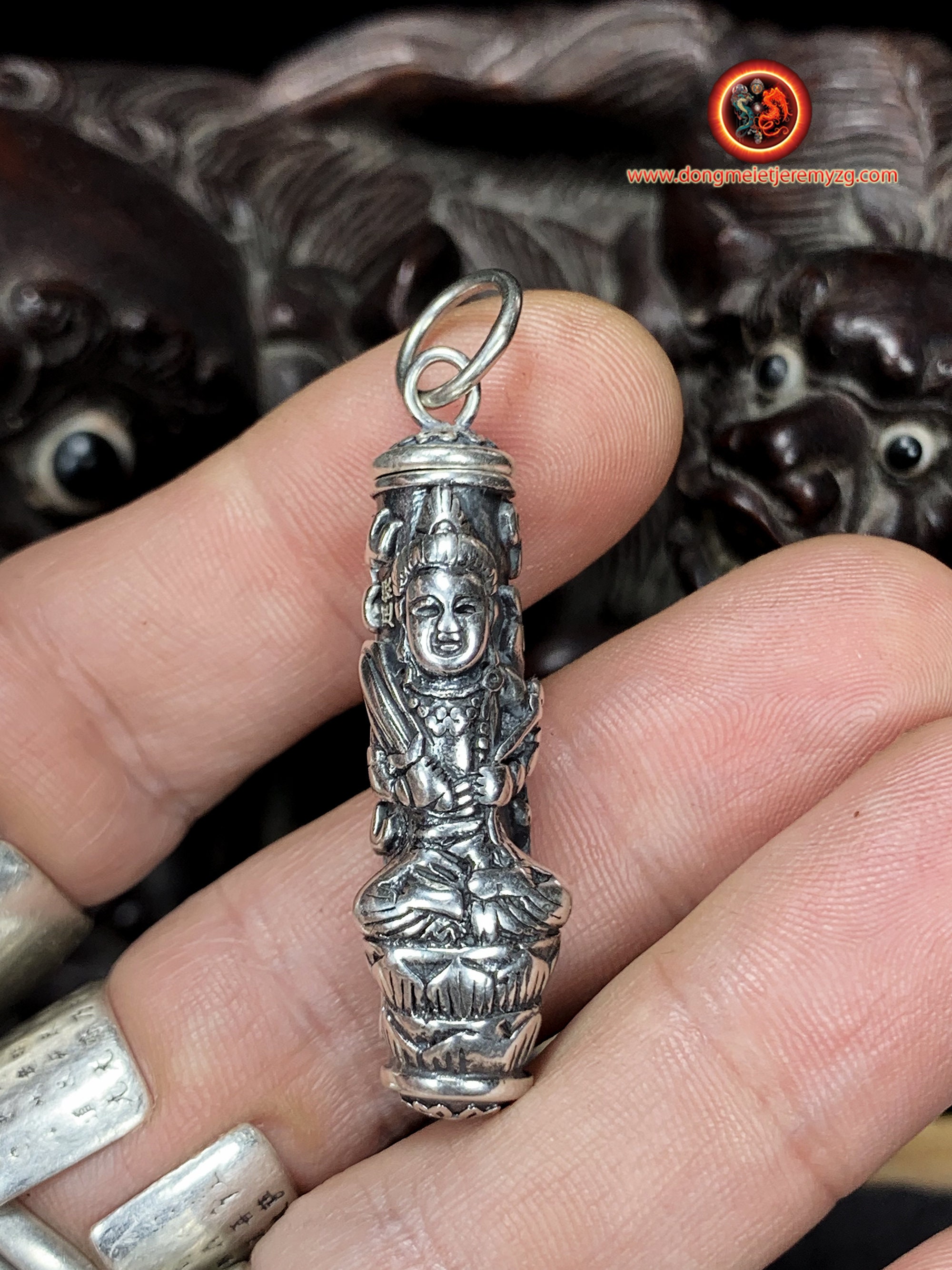 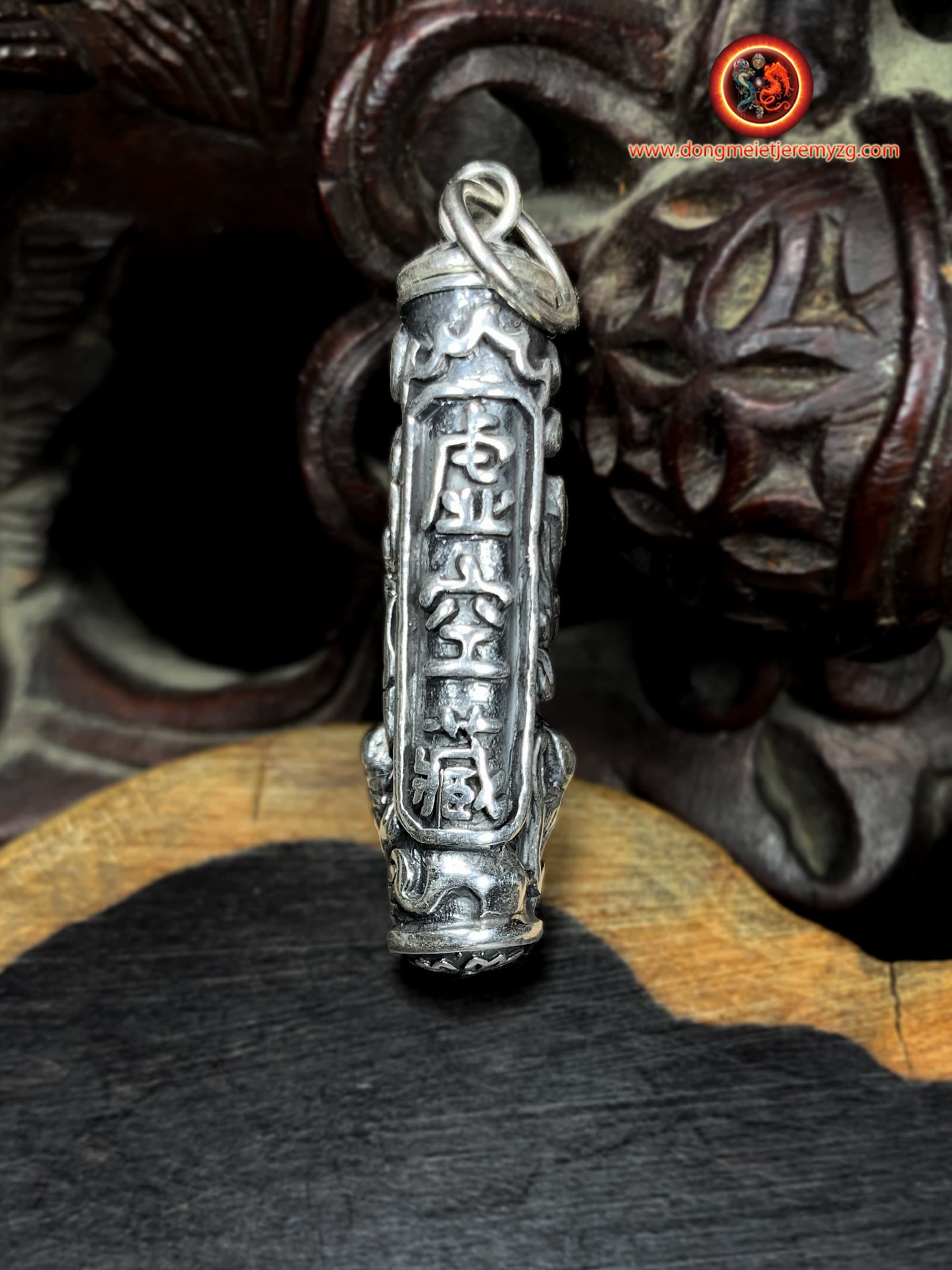 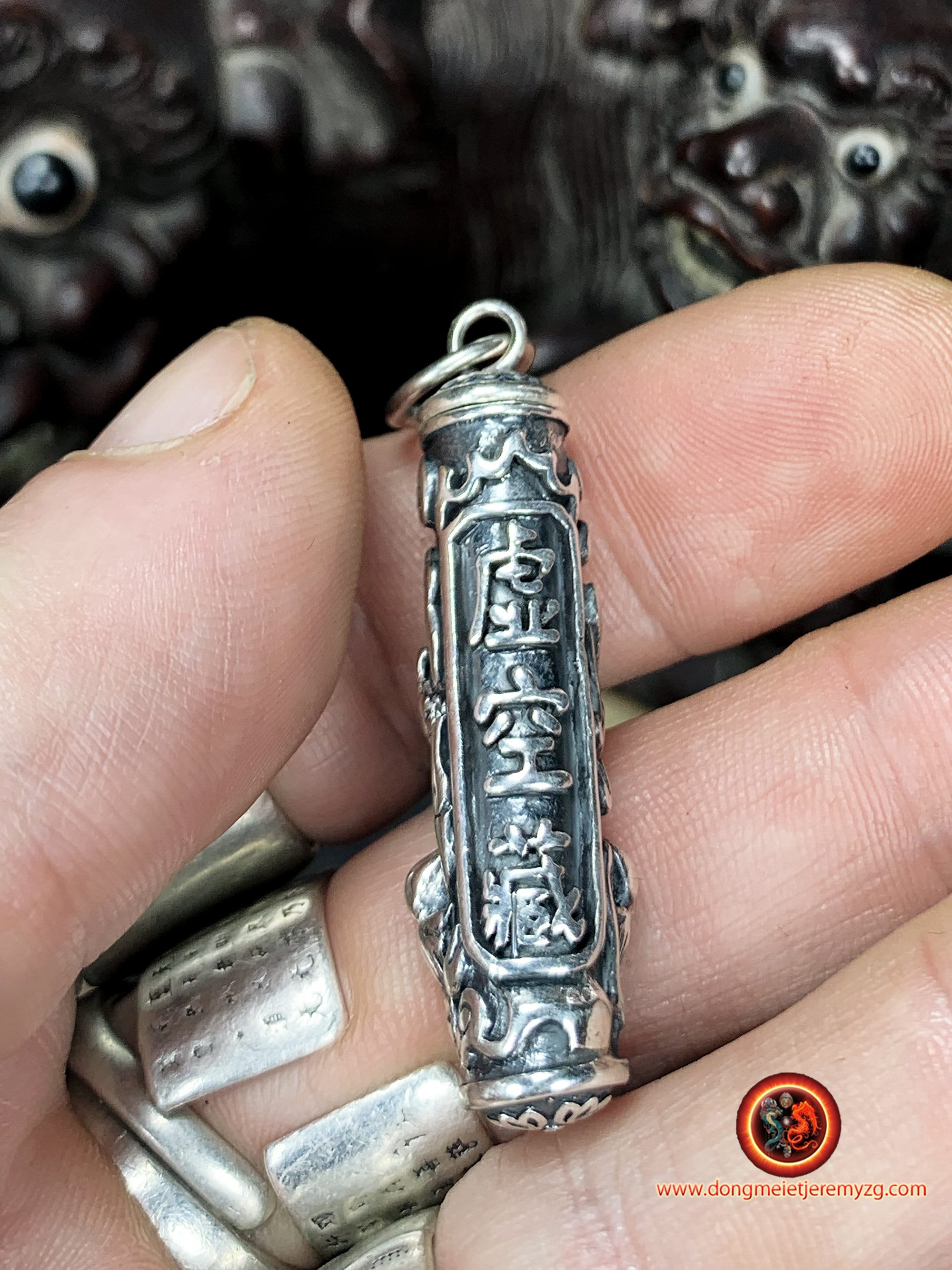 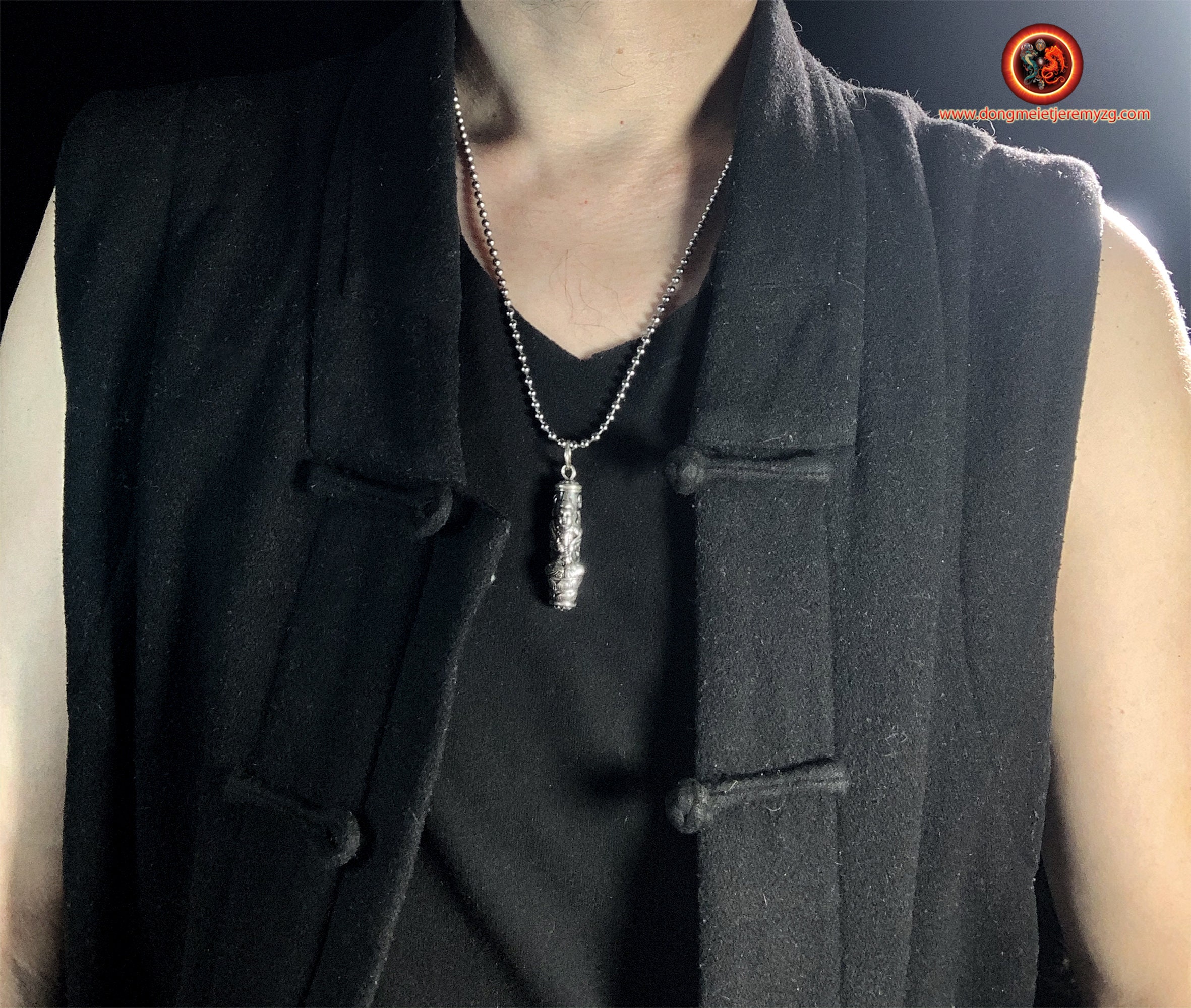 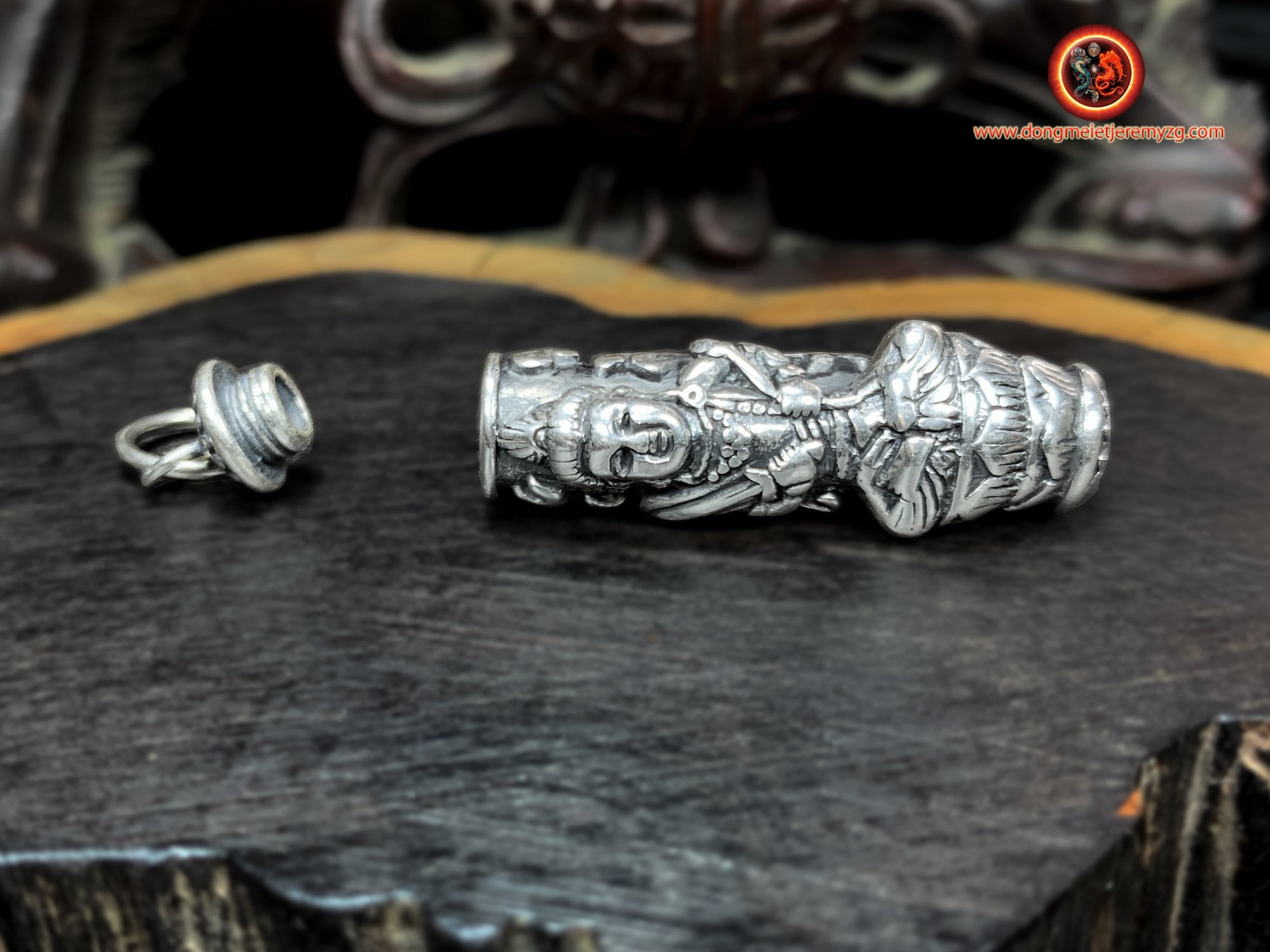 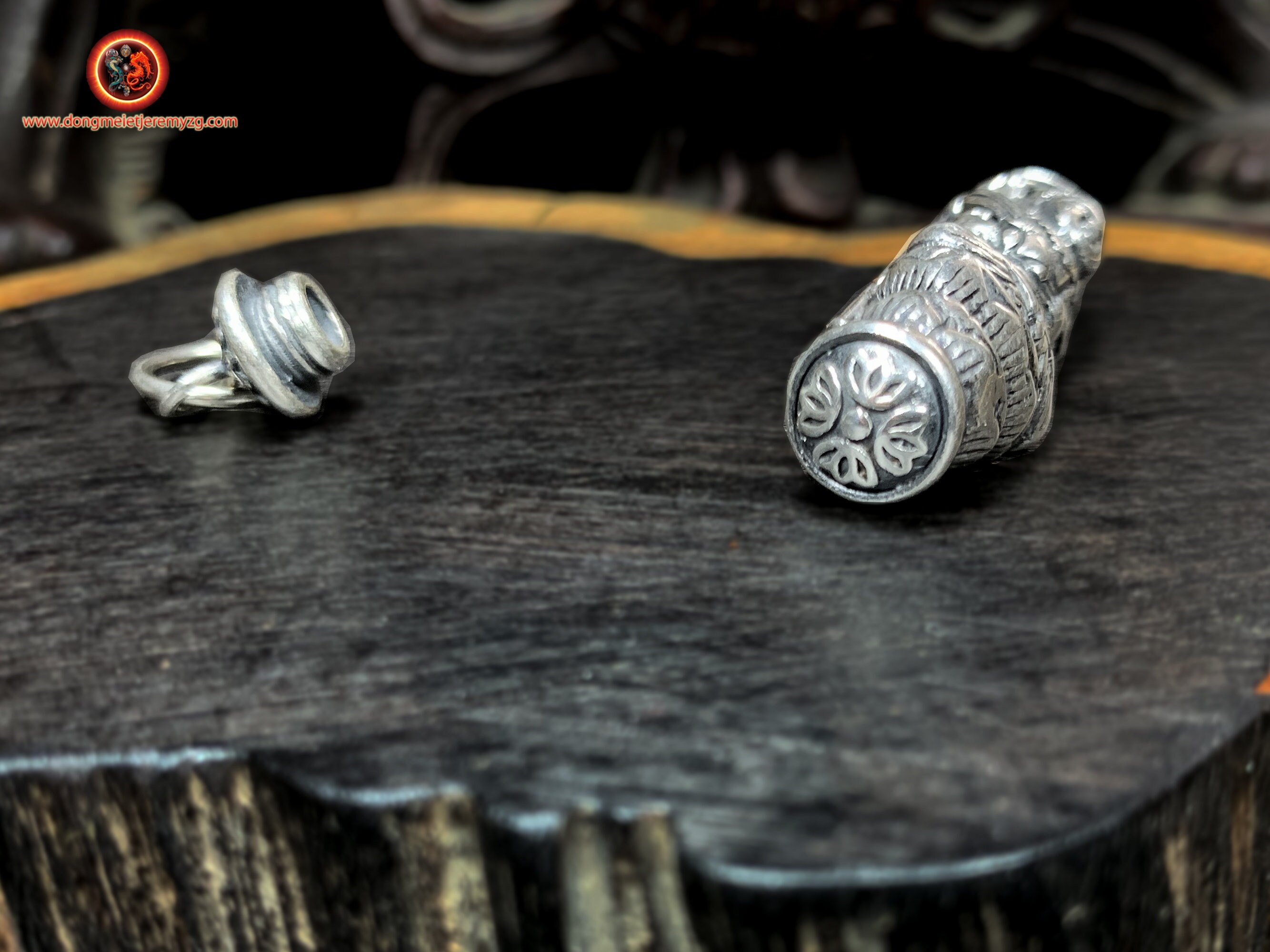 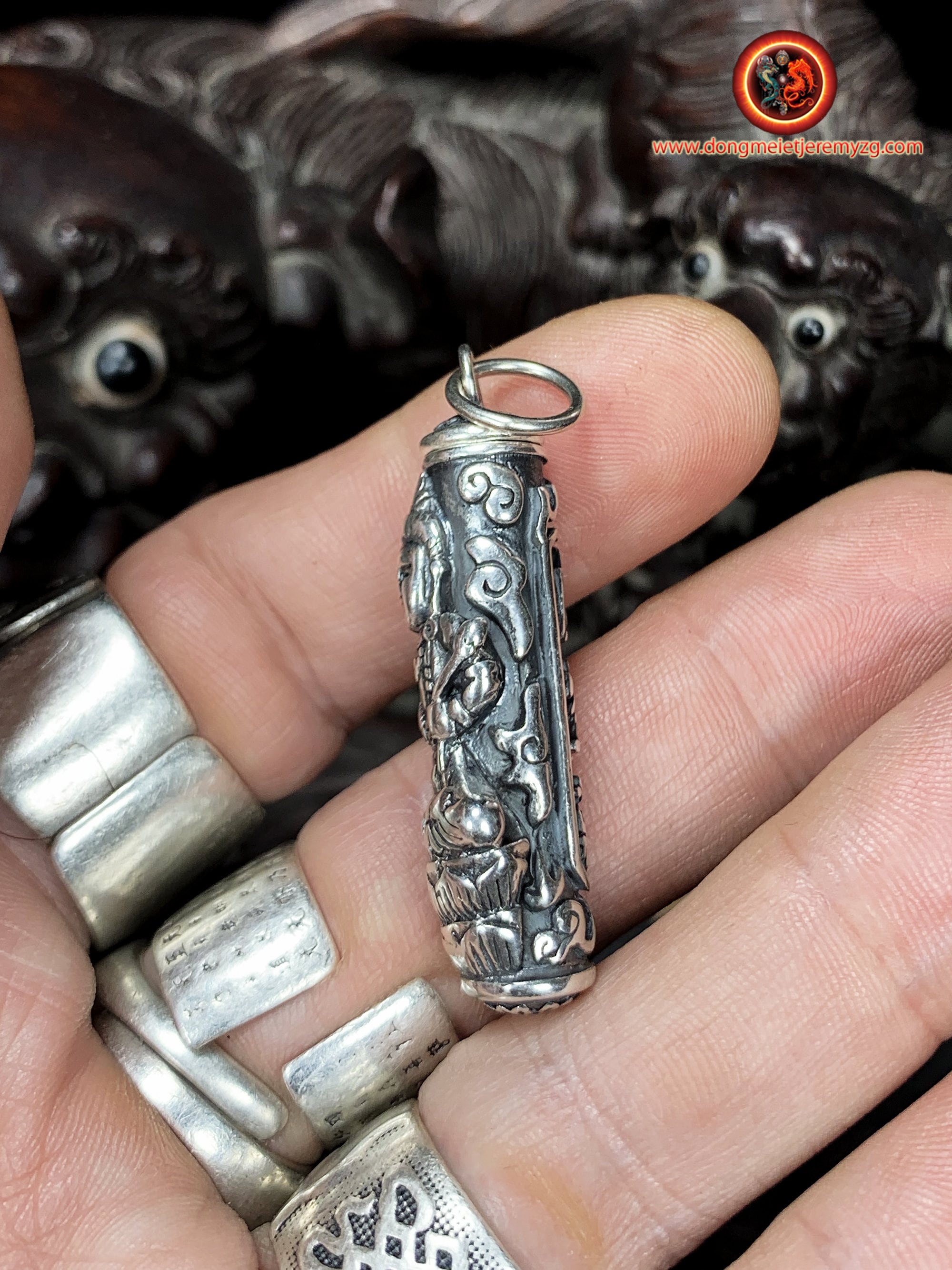 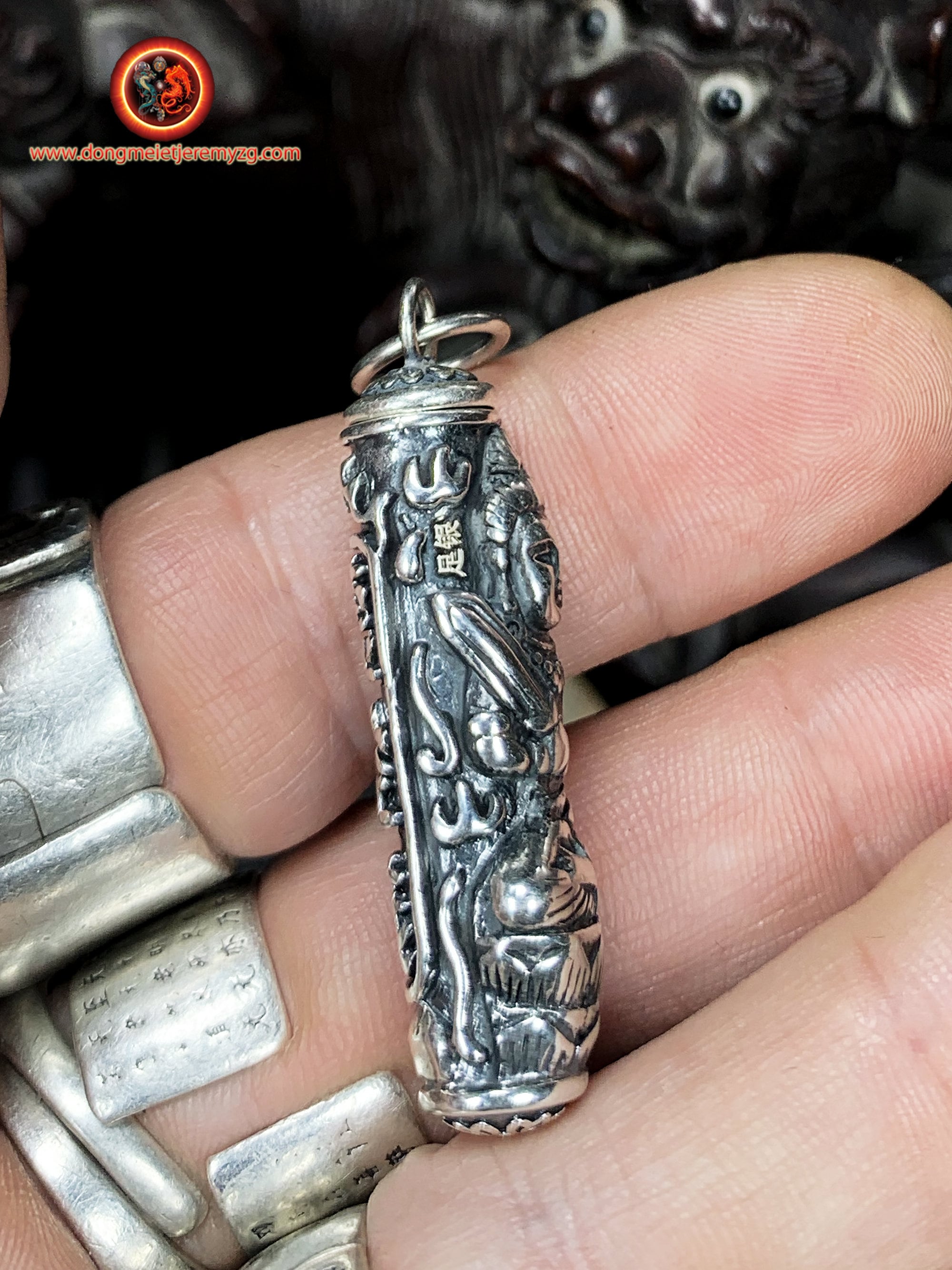 Option possible to add a silver chain 925 of 11 grams.

Video available via this link
https://www.facebook.com/dongmeietjeremyzhangguelle/videos/252034246271869

the Buddha's name is written in Chinese character (虚空藏 Xūkōngzàng, Kokūzō in Japanese, Namkhai Nyingpo in Tibetan), the scholarly language of Far Eastern Buddhism, like Latin in Christian civilization.

He is one of the eight great boddhisattva of vajrayana. and one of the thirteen Buddhas of the Japanese Tantric School Shingon. Its name is formed from ākāśa, " unlimited space ", and garbha, " matrix ". invoked to develop wisdom.
His cult was maintained mainly in Japan.

Ākāśagarbha represents the essence of the ether and belongs on the mandalas to the ratna family (jewel). According to the Akashagarbha Sutra, he is prayed to the east while waiting for dawn (aruņa) which is his manifestation. It is also said that the moon, the sun and the stars are its manifestations. Given that part of its name may have the meaning of "heaven", some have proposed to see a celestial or stellar deity at the origin of the bodhisattva.

This bodhisattva is associated with a memory-enhancing ritual described in the Sutra of the bodhisattva Ākāśagarbha that was introduced to Japan during the Nara period (645-794). Even today, many recite his mantra in the hope of revitalizing a failing memory. On the island of Honshu, children used to pay tribute to Kokuzo on their thirteenth birthday to solicit the improvement of their intellectual abilities. Ākāśagarbha is also prayed for manual skill; he is considered the patron saint of craftsmen.

Apart from its utilitarian aspects, the Kokûzô mantra also has a spiritual effect. It is recited to develop wisdom. Kukai, founder of Shingon Buddhism, made his particular asceticism several times, "the Goumanji" ritual of repeating the mantra a million times in isolation. At the end of the 10th, it is said that the star of the dawn, symbolized by the bodhisattva, descended to merge into him, bringing him enlightenment.

Last on the list of thirteen Buddhas of the Shingon current, Ākāśagarbha also closes the cycle of funerary rituals by presiding over the last commemorative ceremony 32 years after the death.

Ākāśagarbha also has some importance in Nichiren Buddhism. The Seicho-ji (Kiyosumi-dera), the temple where the founder of the current studied, was built around a statue of this bodhisattva. According to the Gosho, a collection of his writings, Nichiren saw Kokûzô one day appear before him and then change into an old monk who gave him a pearl of wisdom.