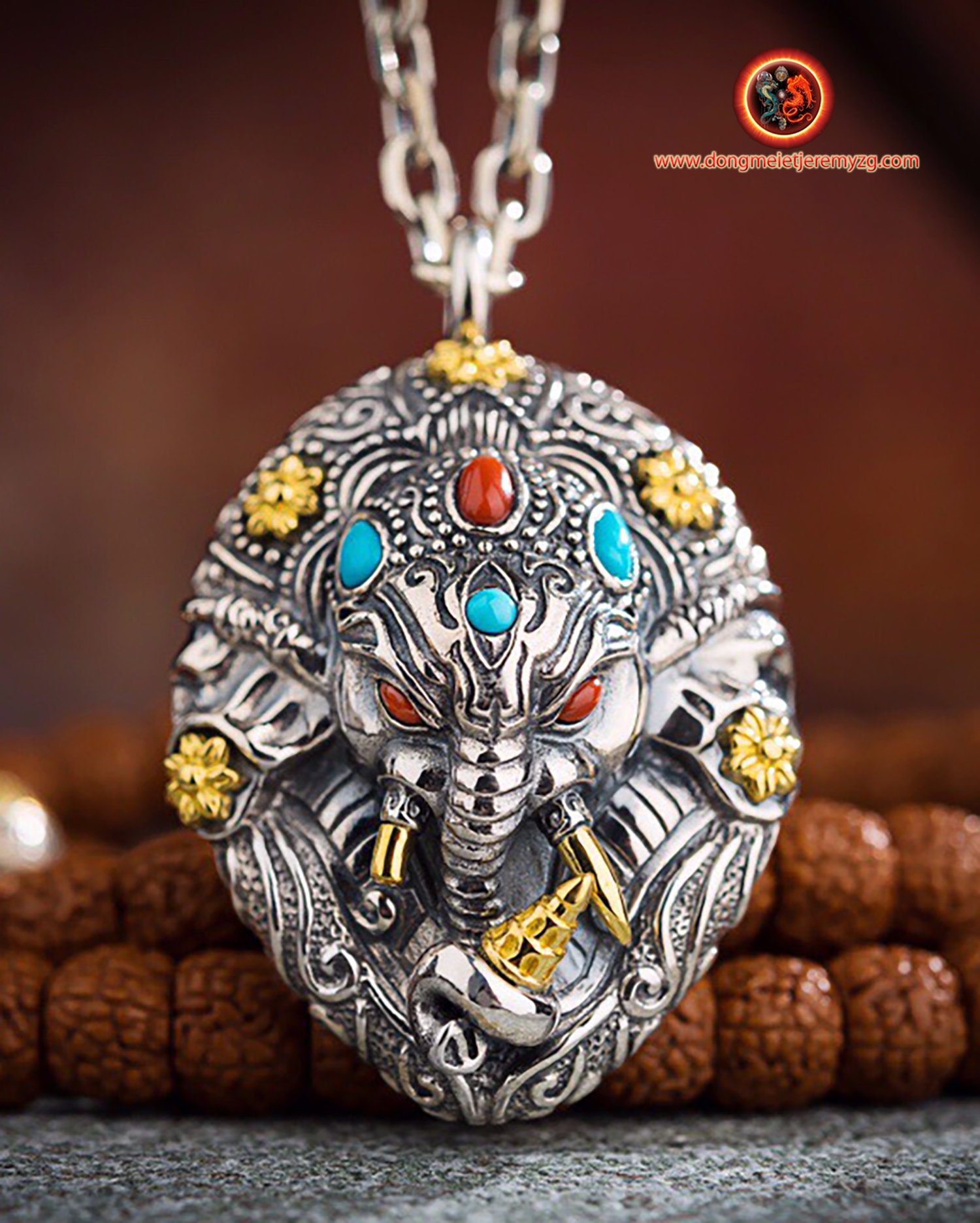 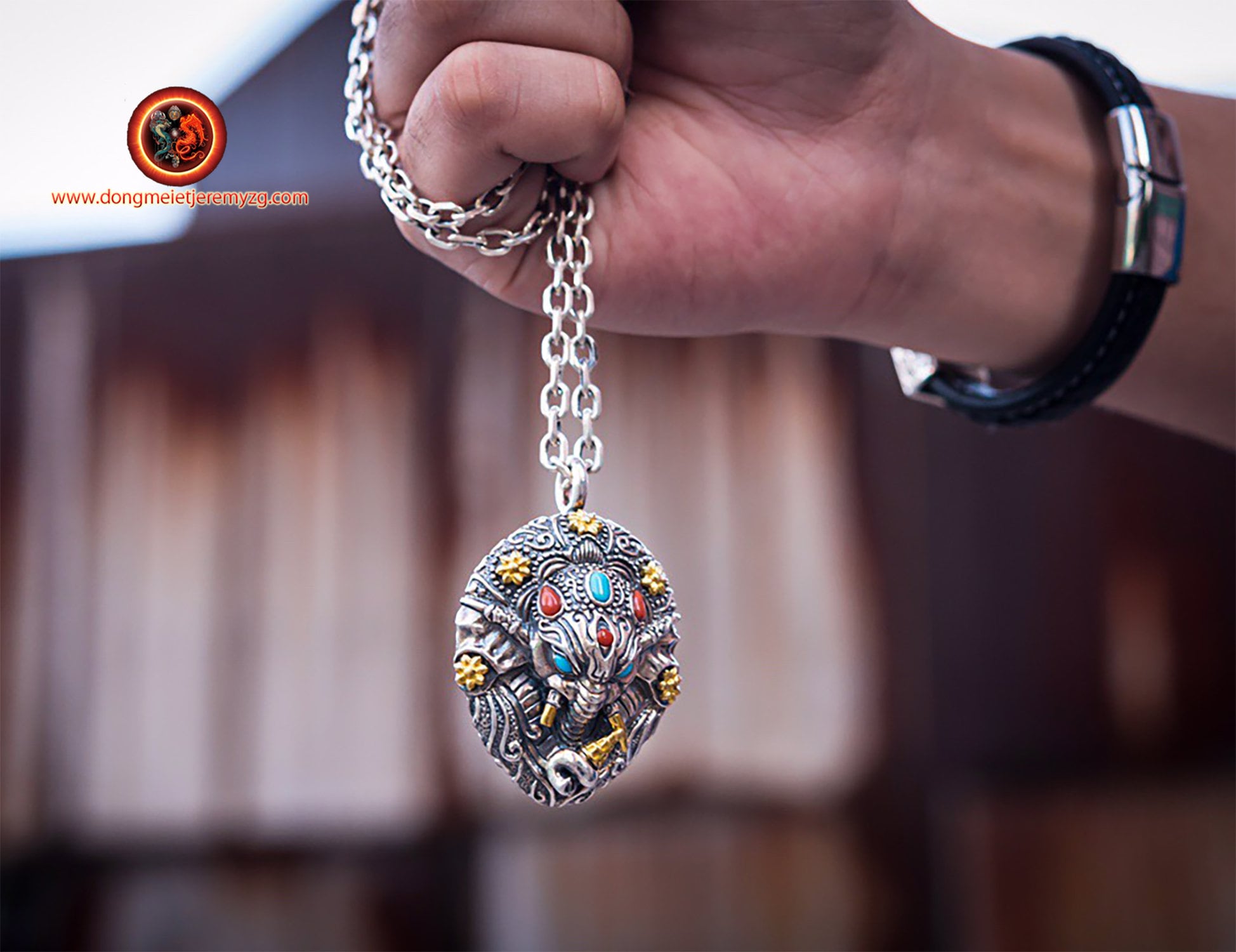 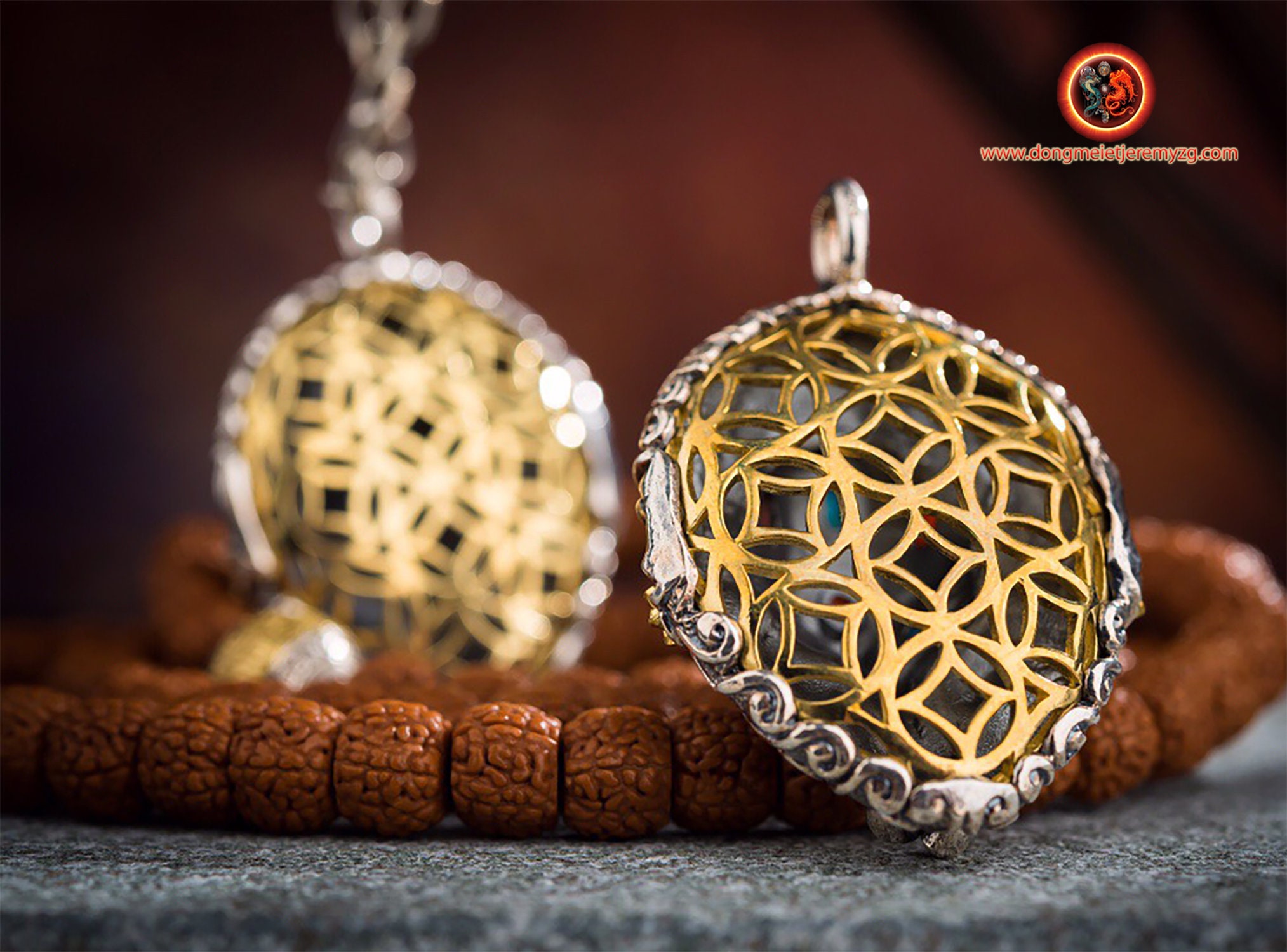 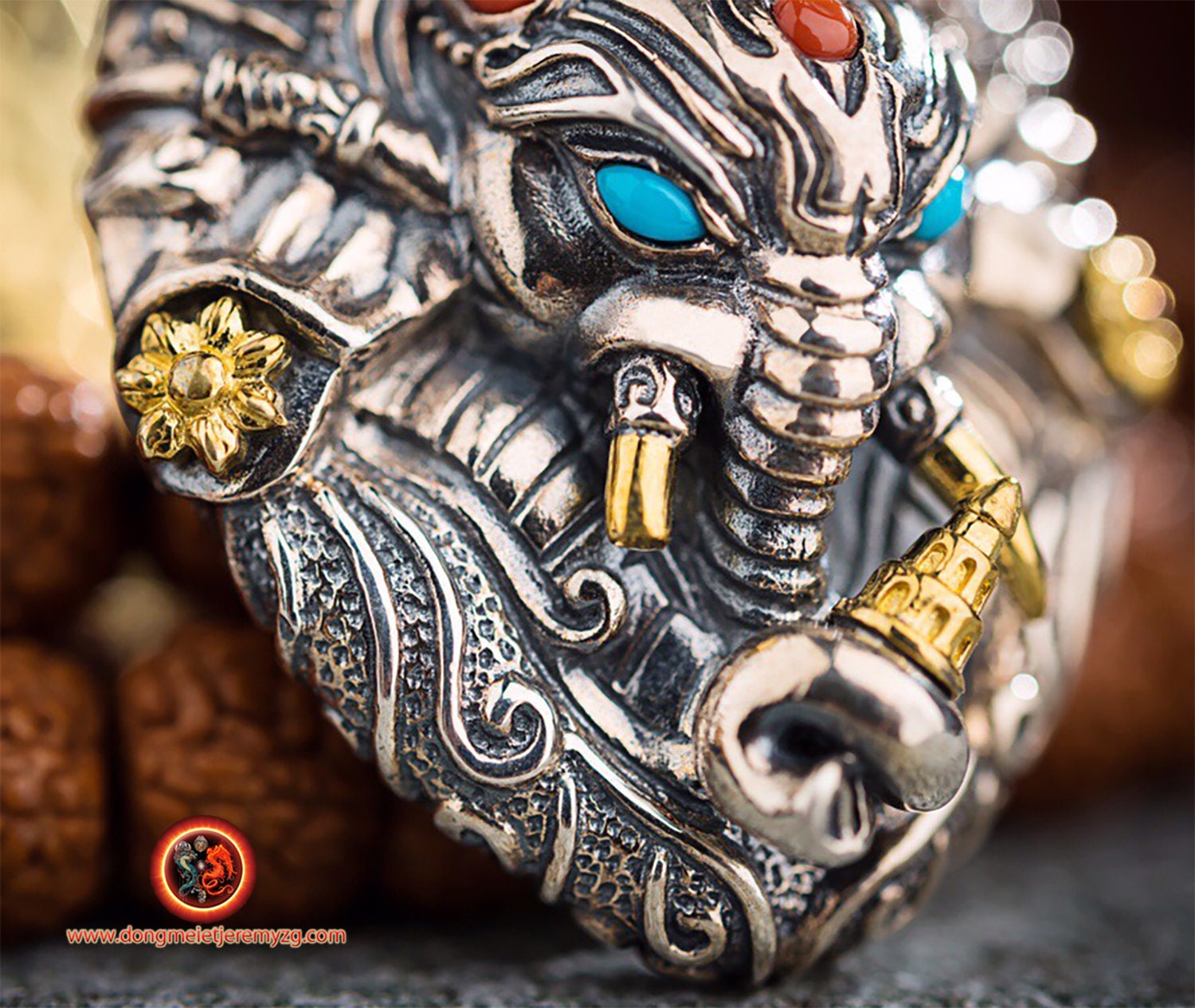 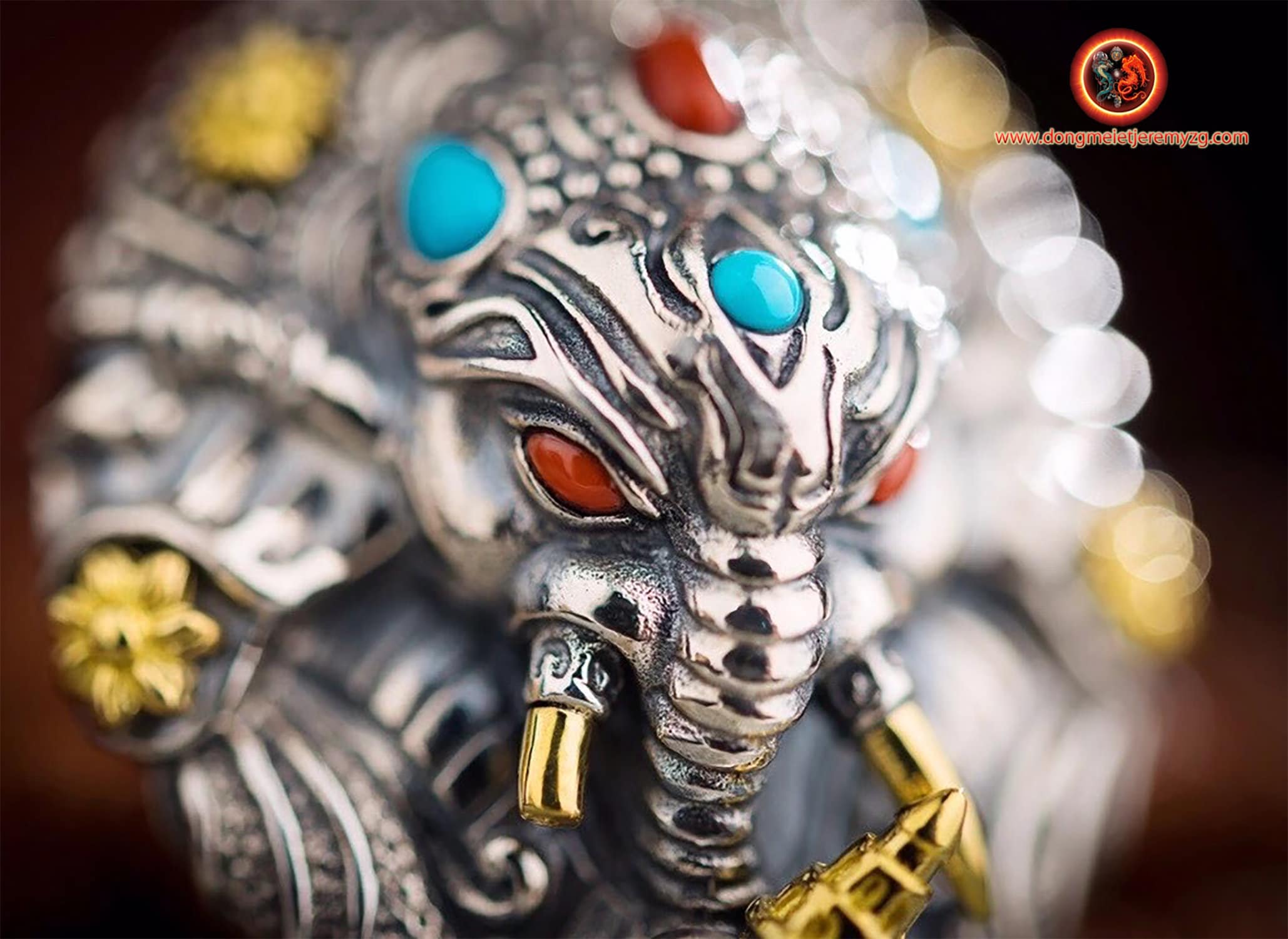 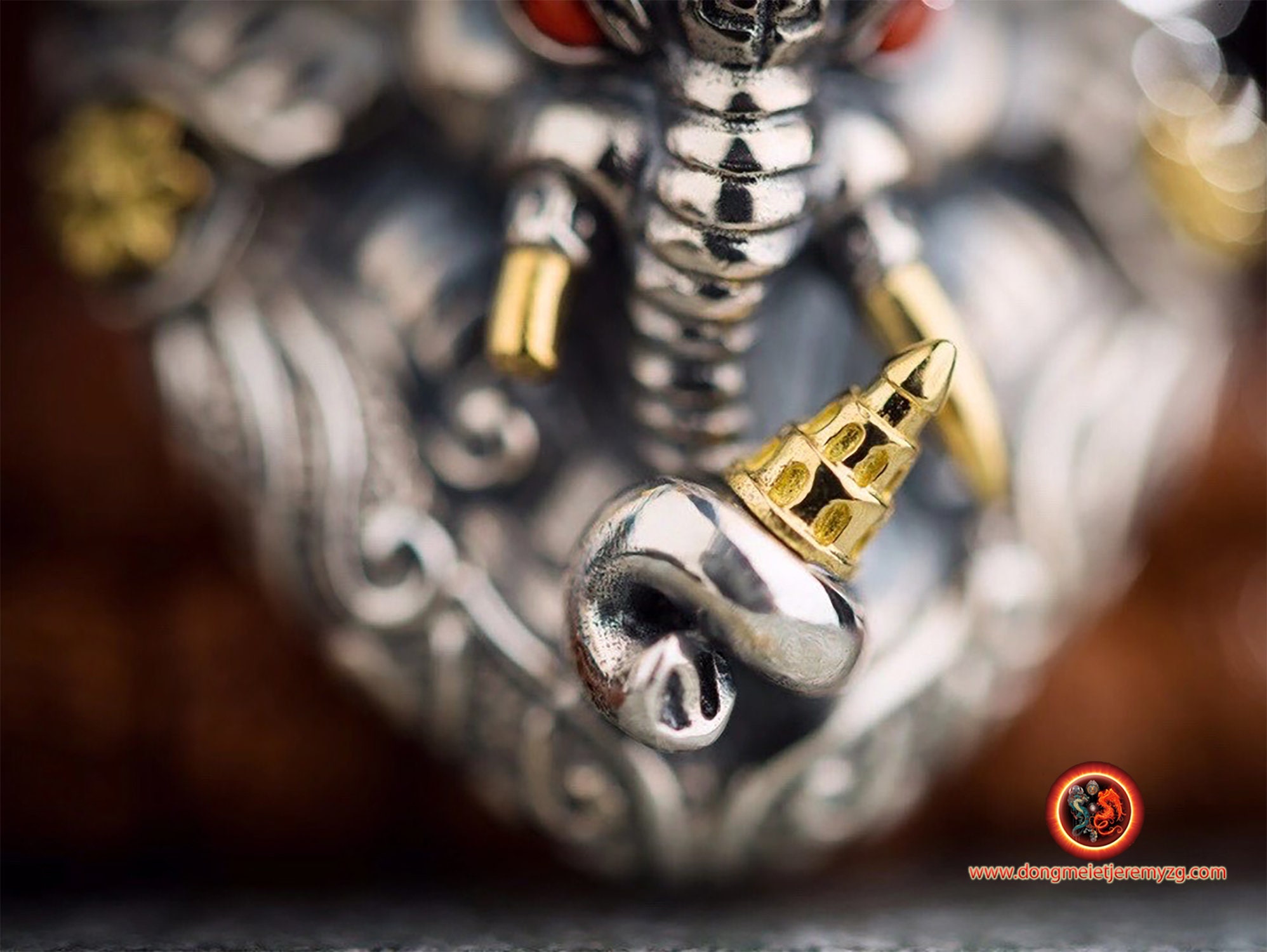 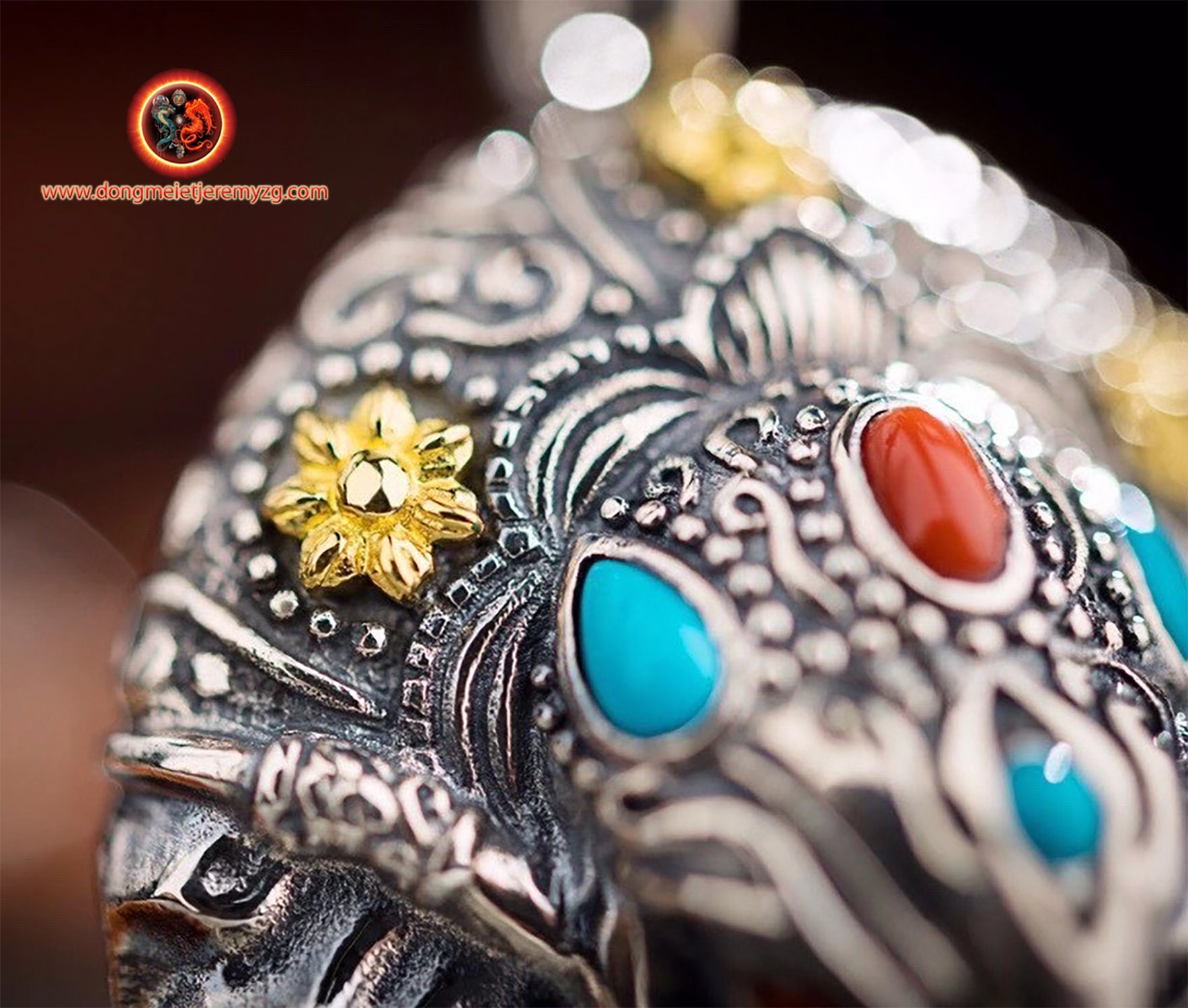 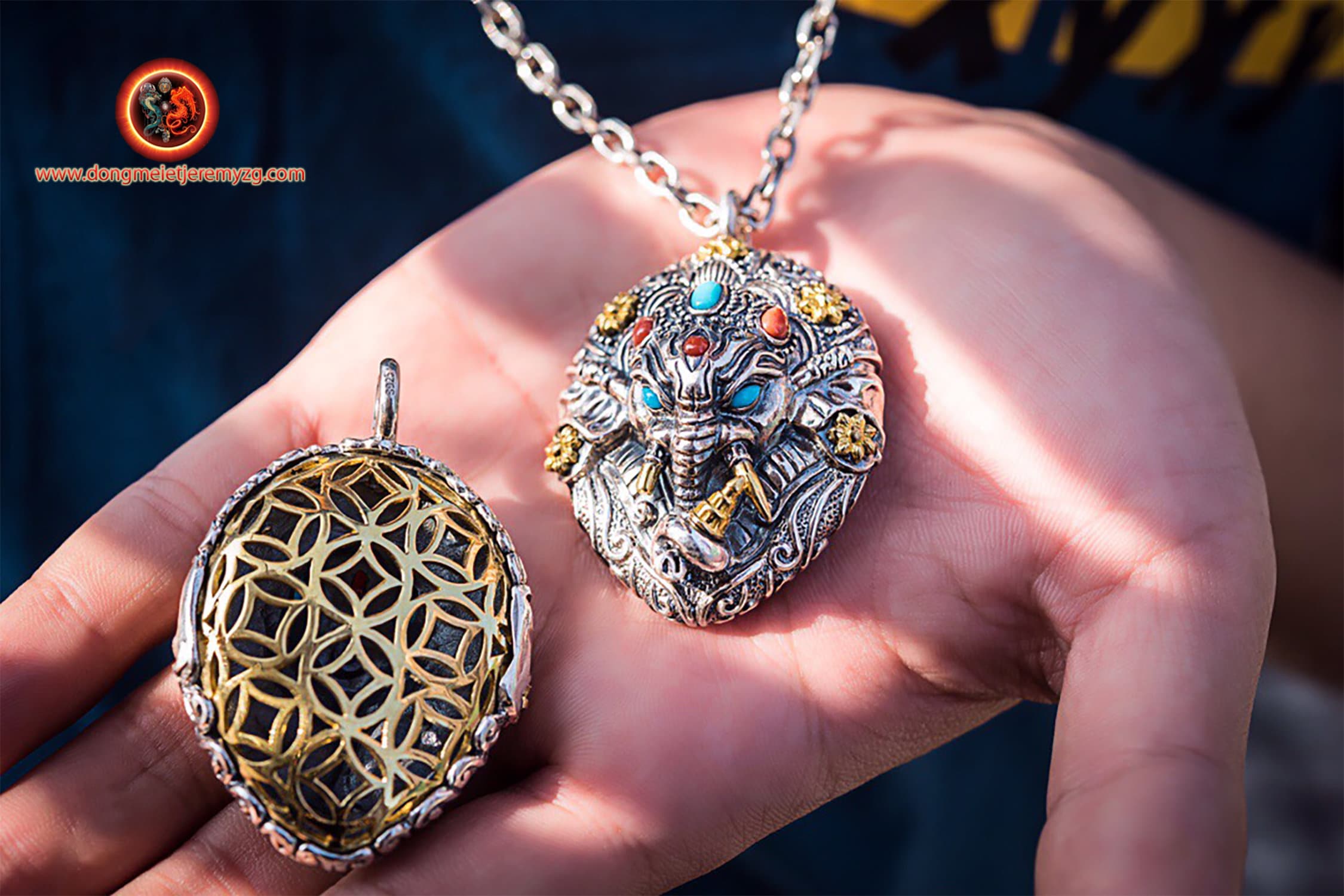 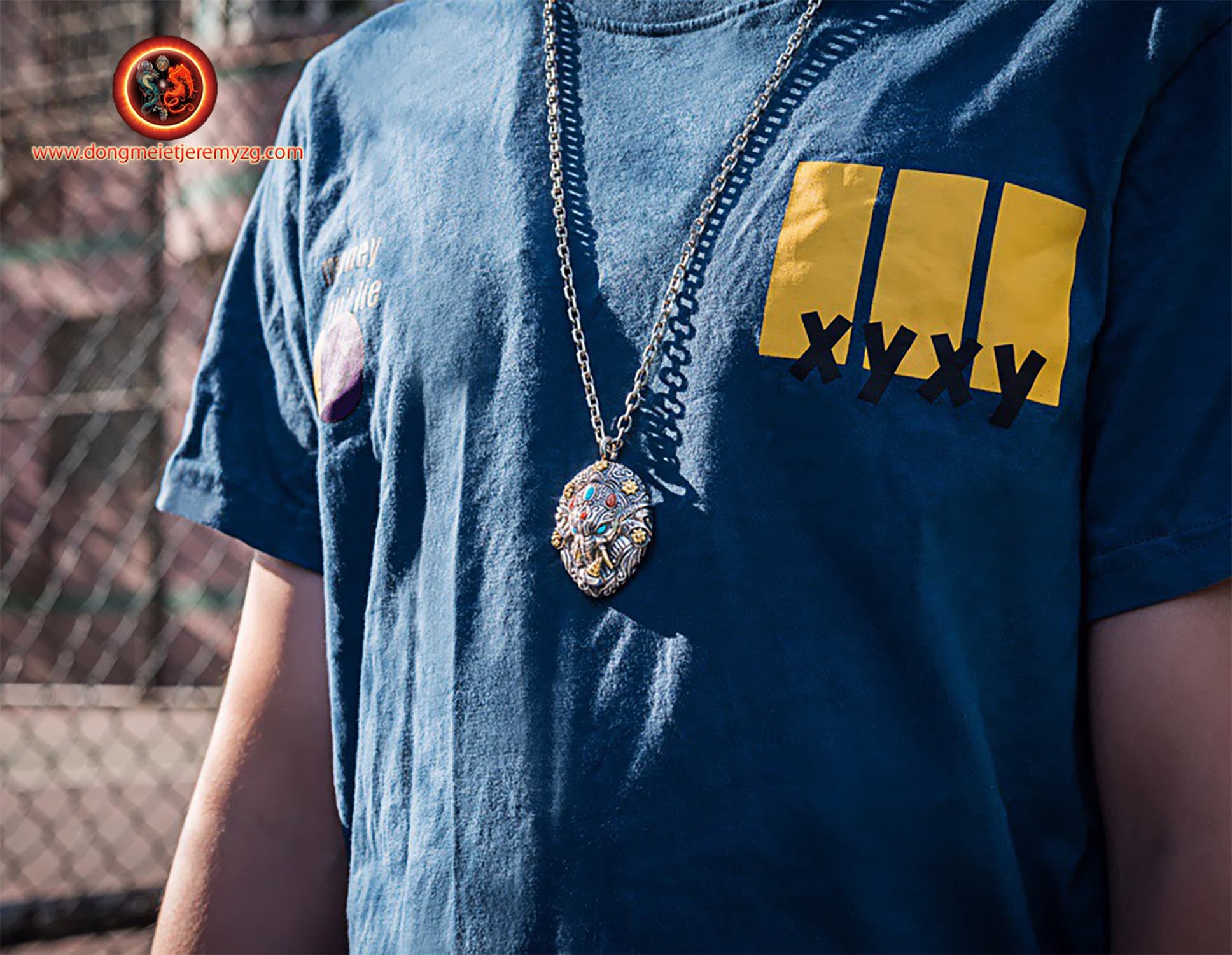 
Apart from Tibet, the deity left little trace in China, probably engulfed with the Chinese esoteric current Tangmi, centered on the Buddha Vairocana, disappeared from 845, when the full boom of Buddhism, its golden age between the period between the Sui and Tang dynasties stretching from the early 7th century to 845 abruptly ended. Emperor Tang Wuzong, of Taoist faith, issued an edict against Manichaeans, Buddhists and Nestorians, religions of foreign origin. After persecution, only the Chan and Pure Earth currents remain visibly. The typical esoteric Chinese Buddhistism will still leave some traces, melting into the two surviving schools. Then, the Tibetan Lamaism took the vacant place becoming imperial religion under the Yuan dynasty, as well as the last dynasty, the Qing Manchu dynasty. In short, the Tangmi or "the secret art of Tang" disappeared completely in China.


The Japanese name of Ganesh is "Shoten" (聖) or Kangiten (歓喜), Japanese Buddhism considers it a manifestation of The Kannon Bosatsu (聖観音菩薩). In Japanese, the kanji is used as the equivalent of the Hindu Deva.


Then it was not until three decades after the death of Kukai, better known as The Kob-Daishi, to find the first texts concerning the cult of Ganesh/Kangiten in Japan. The "Sho Kangiten Shikiho" or "Sho Kangiten ritual" composed around 861 detailing the various tantric rituals.


Like the history of the Indian Ganesh, Kangiten began as a malevolent god who could create obstacles and therefore had to be venerated in order to avoid trouble. But over time, he became a Japanese god of joy and happiness.

Ganesh is the God of wisdom, intelligence and prudence, among other patron saint of schools and teachers. In Japan, as in Thailand, it is mainly invoked for wealth and financial success, prayed by merchants but is also the god of artists and all "creatives".


It is the god who removes both material and spiritual obstacles for his worshippers. He is the son of Shiva and Pervatî, the husband of Siddhî, success and Riddhî, wealth . The Buddhist Ganesh possesses its two intact defenses. The Hindu ganesh has only one defense, having broken one to write the vedas.


A legend surrounds the origin of the foundation of the temple. Hozan in search of supernatural powers or "siddhis" failed because of the insurmountable obstacles posed by Kangiten. Around 1678 the master of Tankai revealed to him the existence of Mount Ikoma, a miraculous place that was not a dream or reality." On these revelations, Hozan, in order to appease the elephant god, made an idol of Kangiten to make him the guardian of the place, imploring him that in return the deity would protect him and help him reach the siddhis