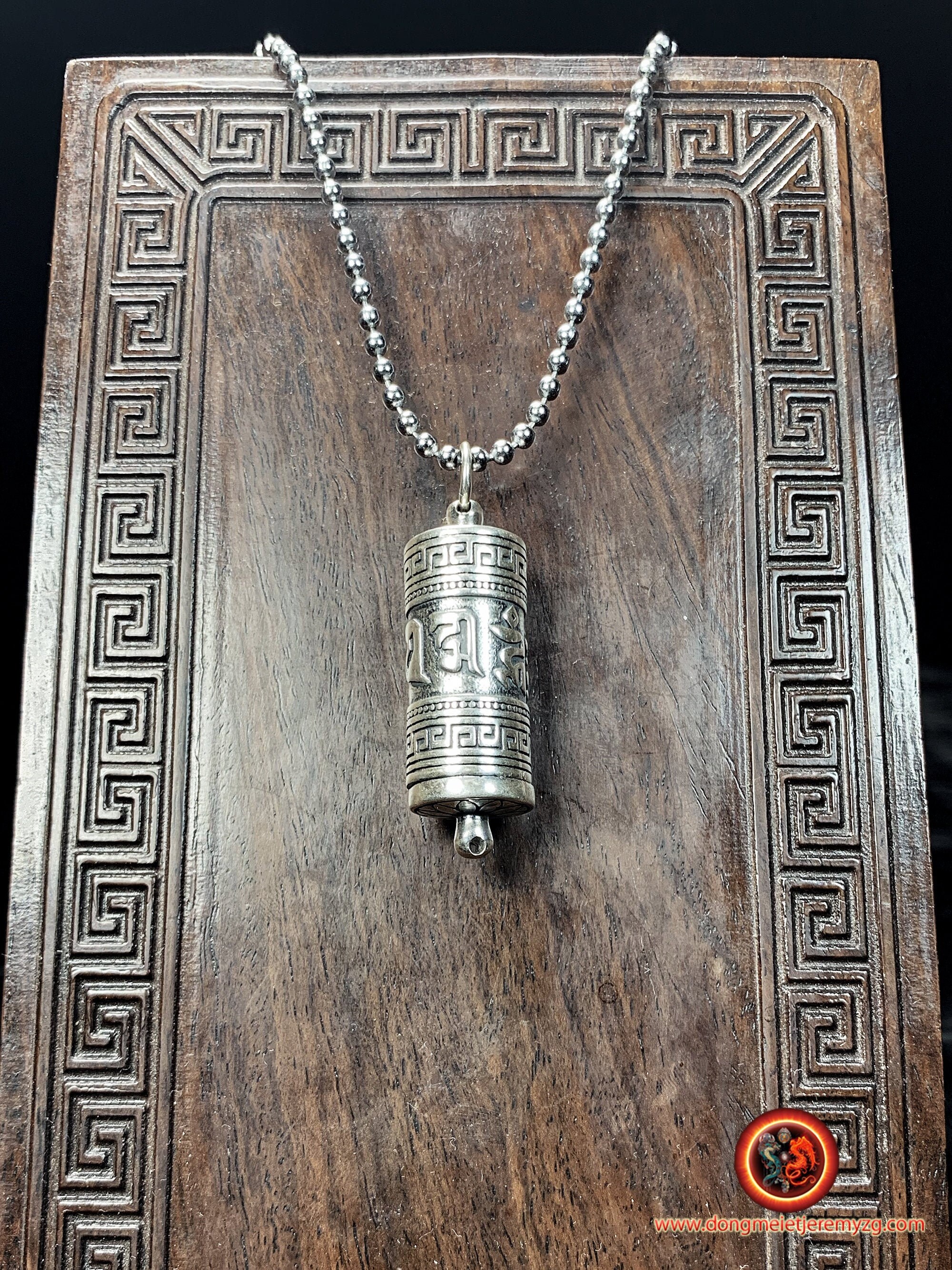 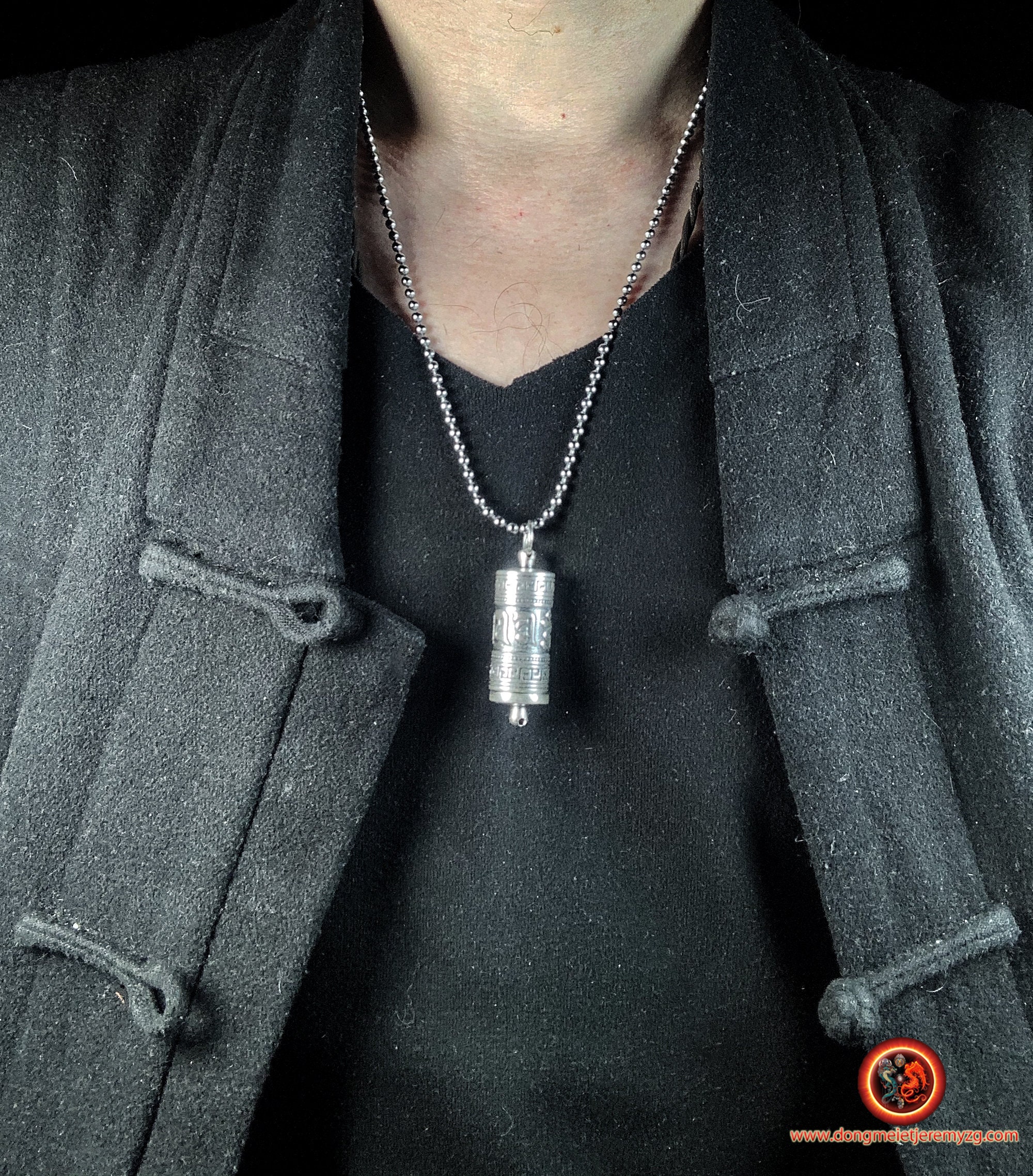 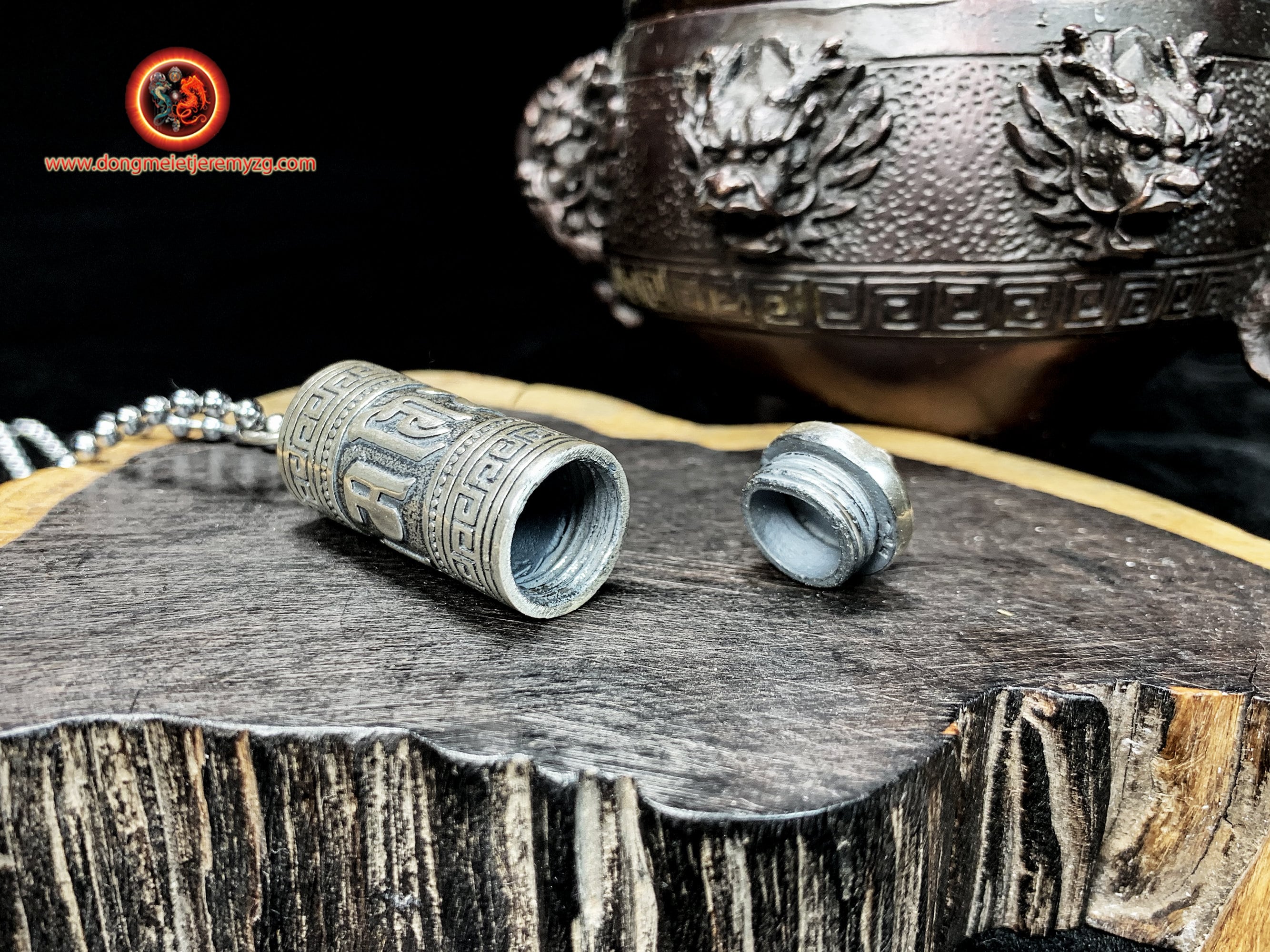 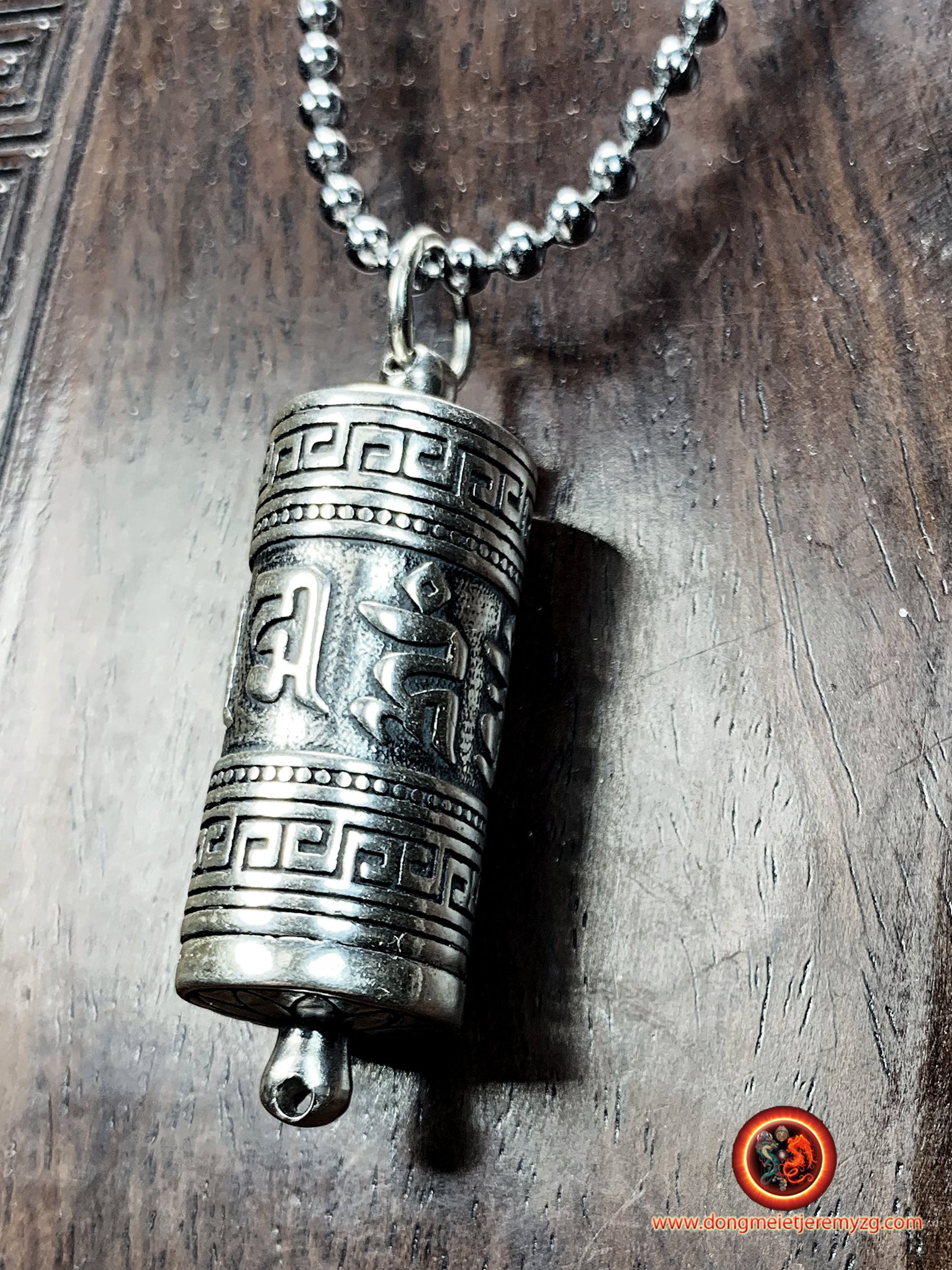 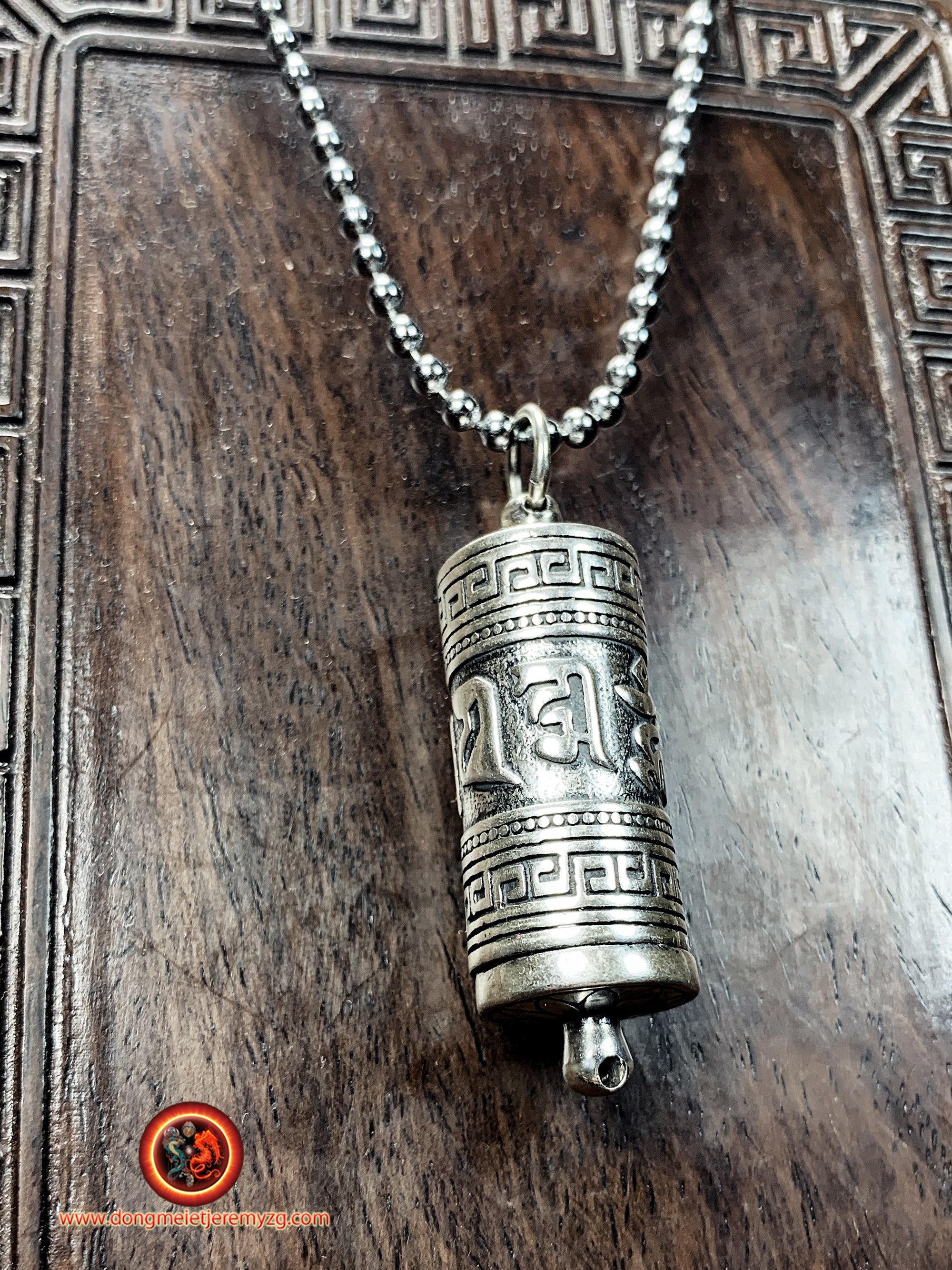 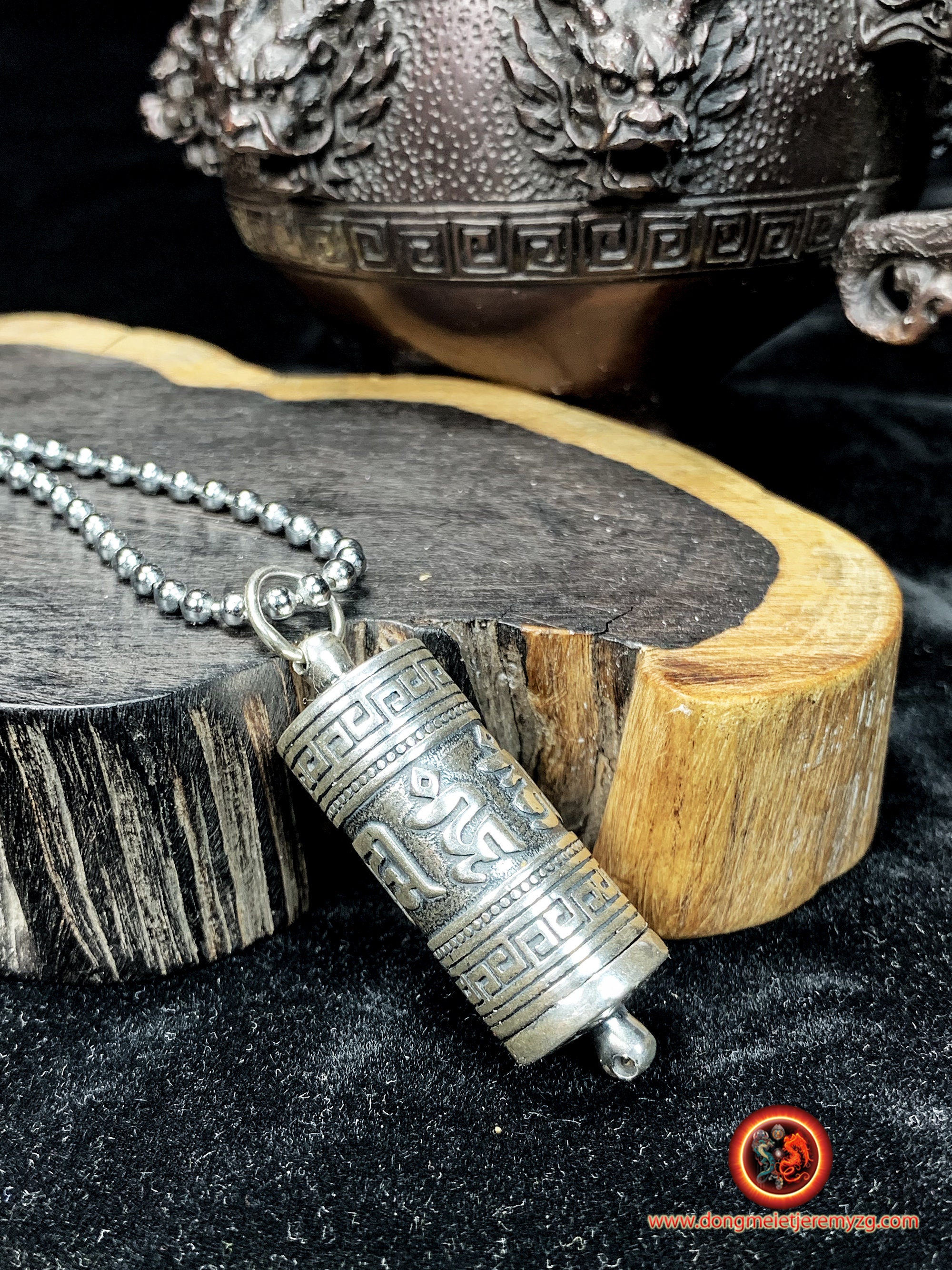 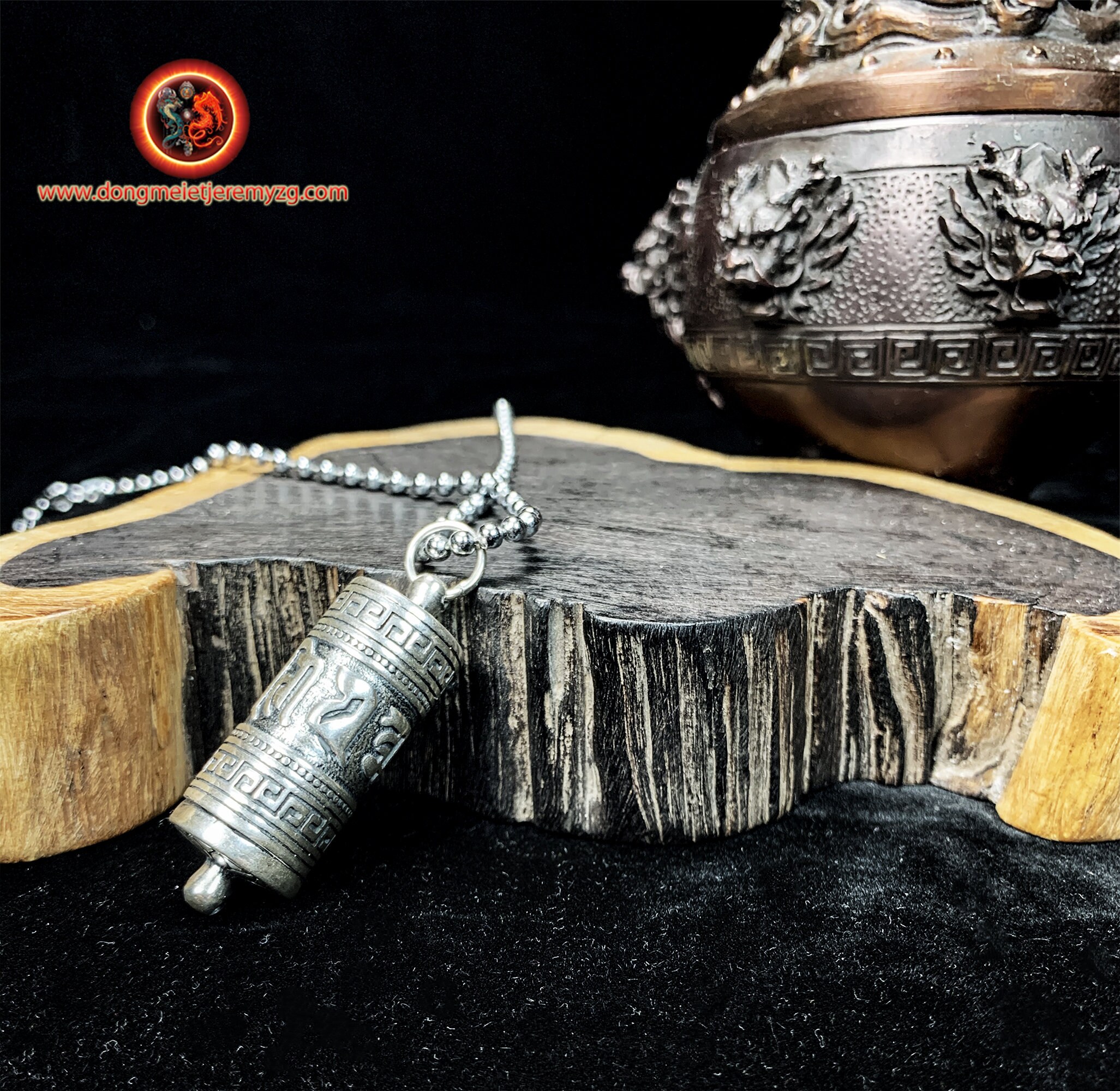 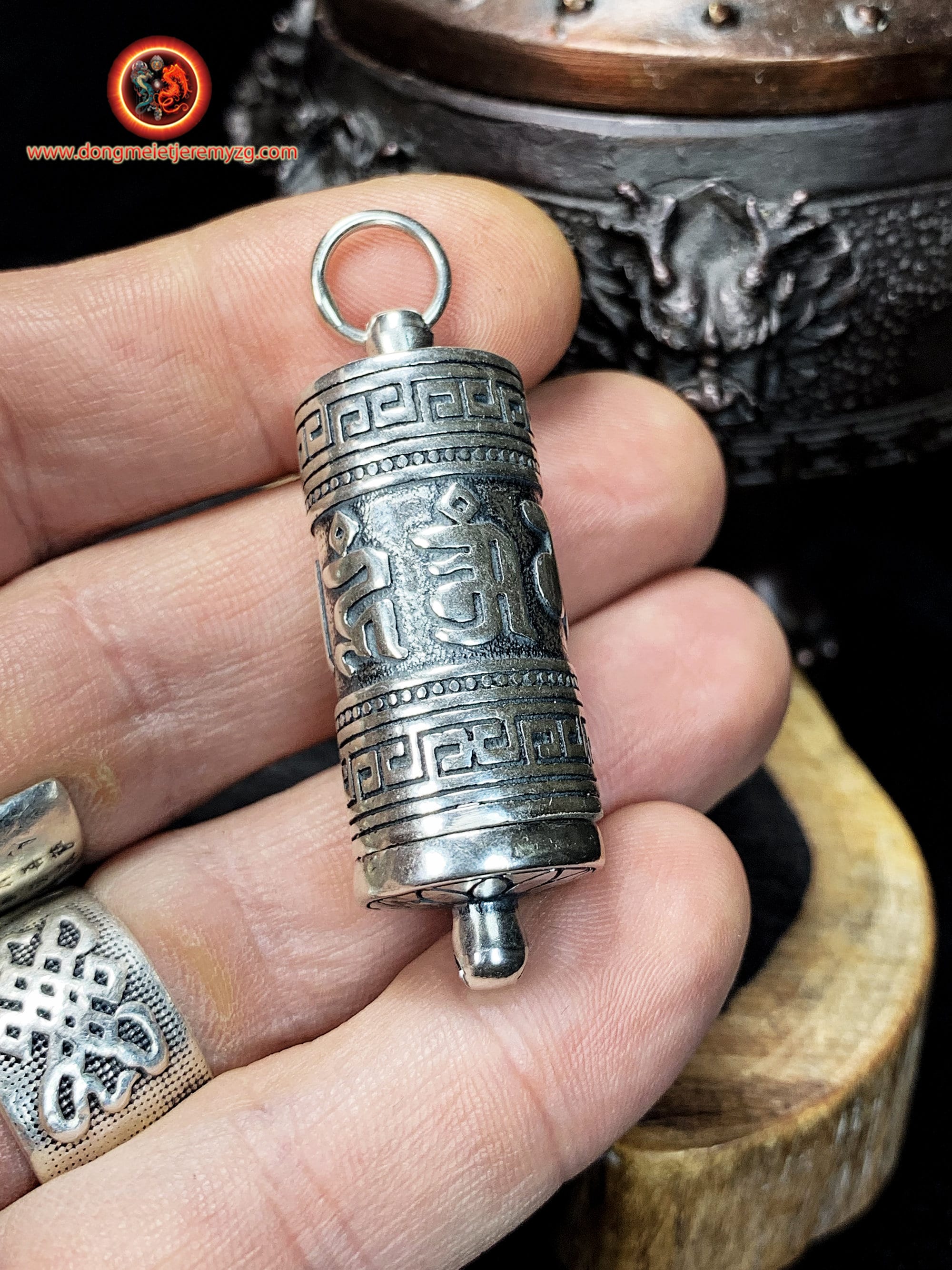 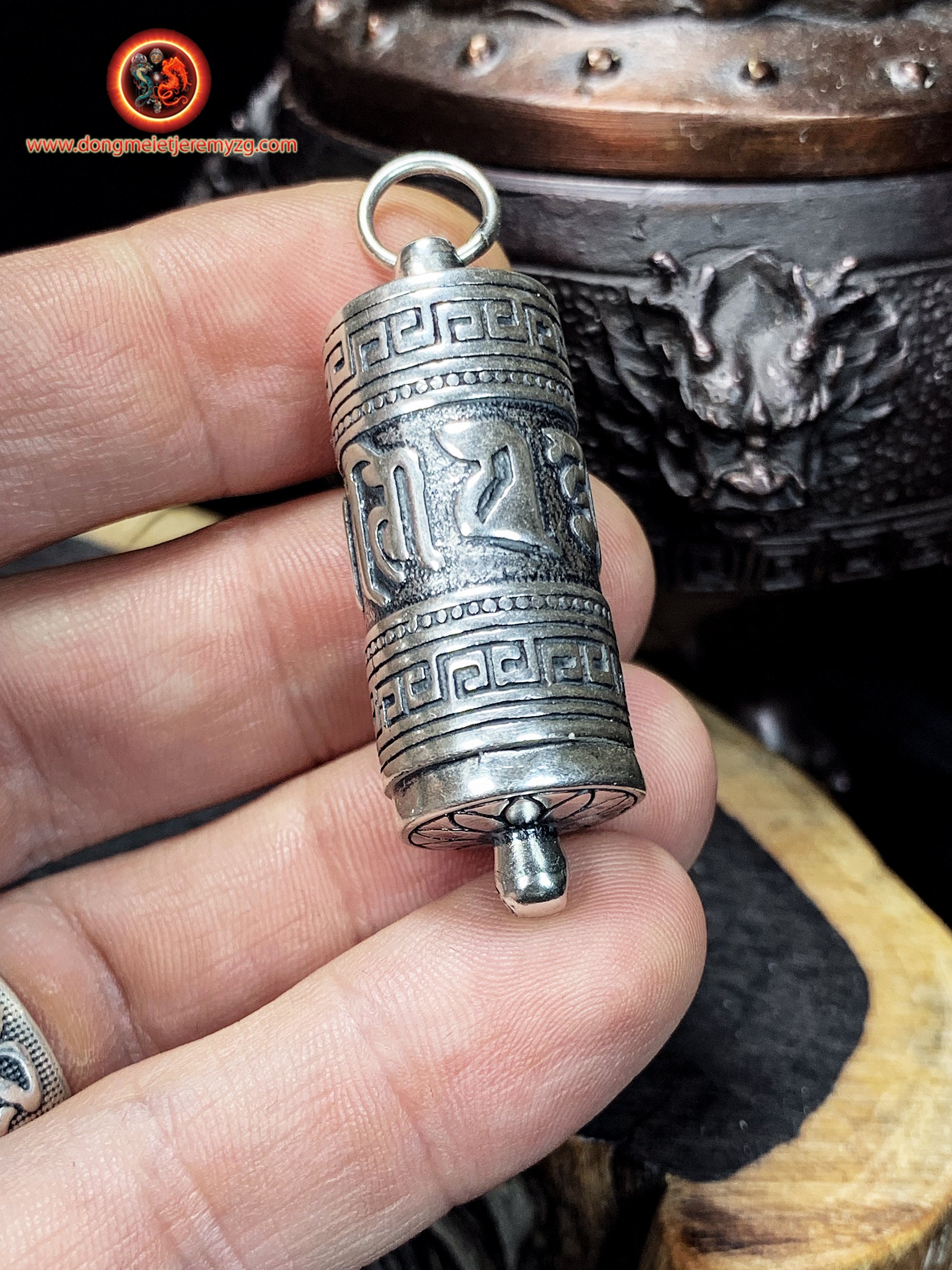 Option of 11 grams of silver chain

Video available via this link
https://www.facebook.com/dongmeietjeremyzhangguelle/videos/721007431781005

The pendant, scrolls of prayer like any Buddhist reliquary.

"The Great Mantra of the Great Compassion
penetrates the sky and the earth
One hundred recitations for a thousand days
Make the ten kings rejoice
His great compassion and kindness
Heal all disease
And then an ad is projected from the top
From a screen of fault."