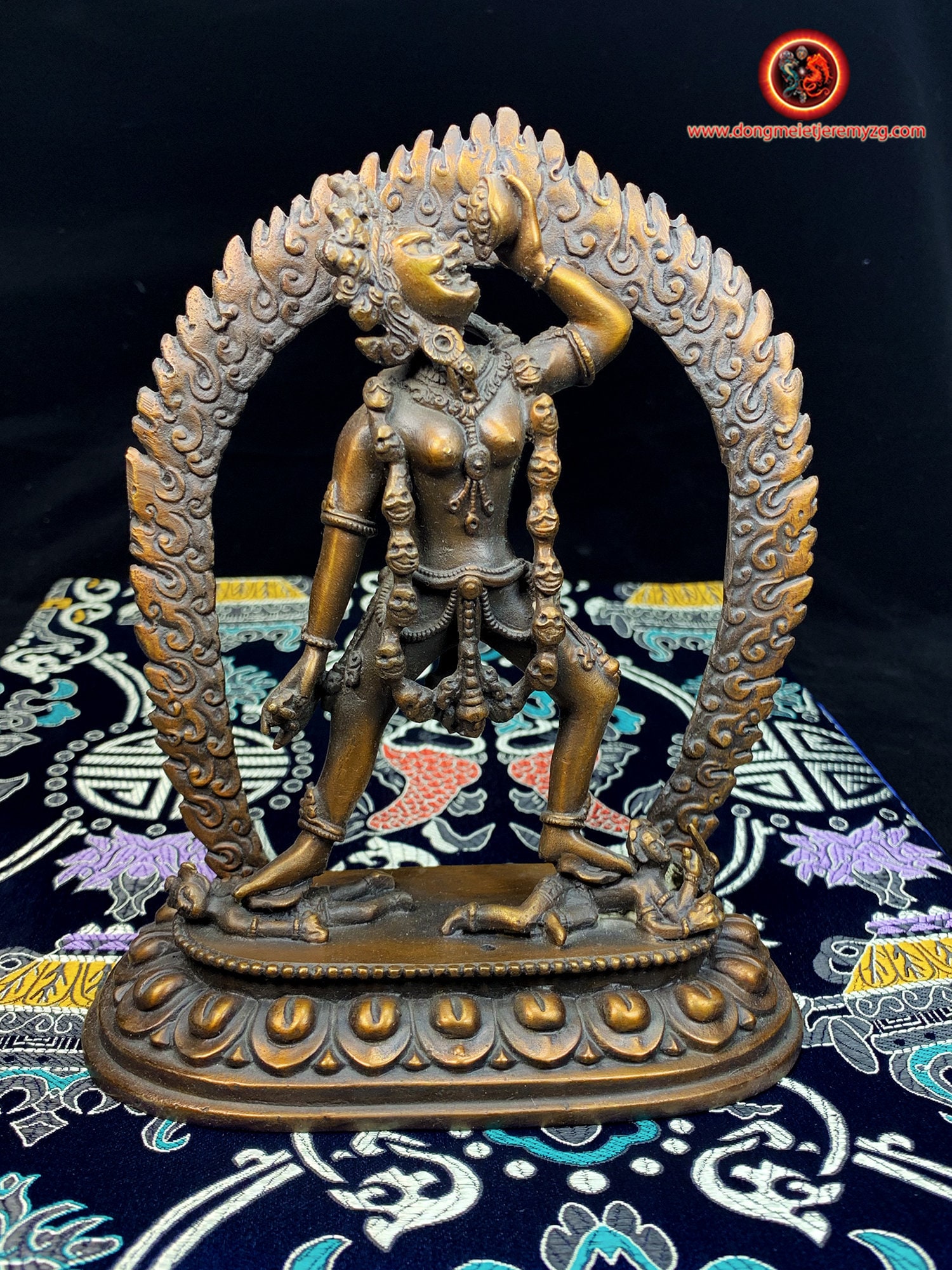 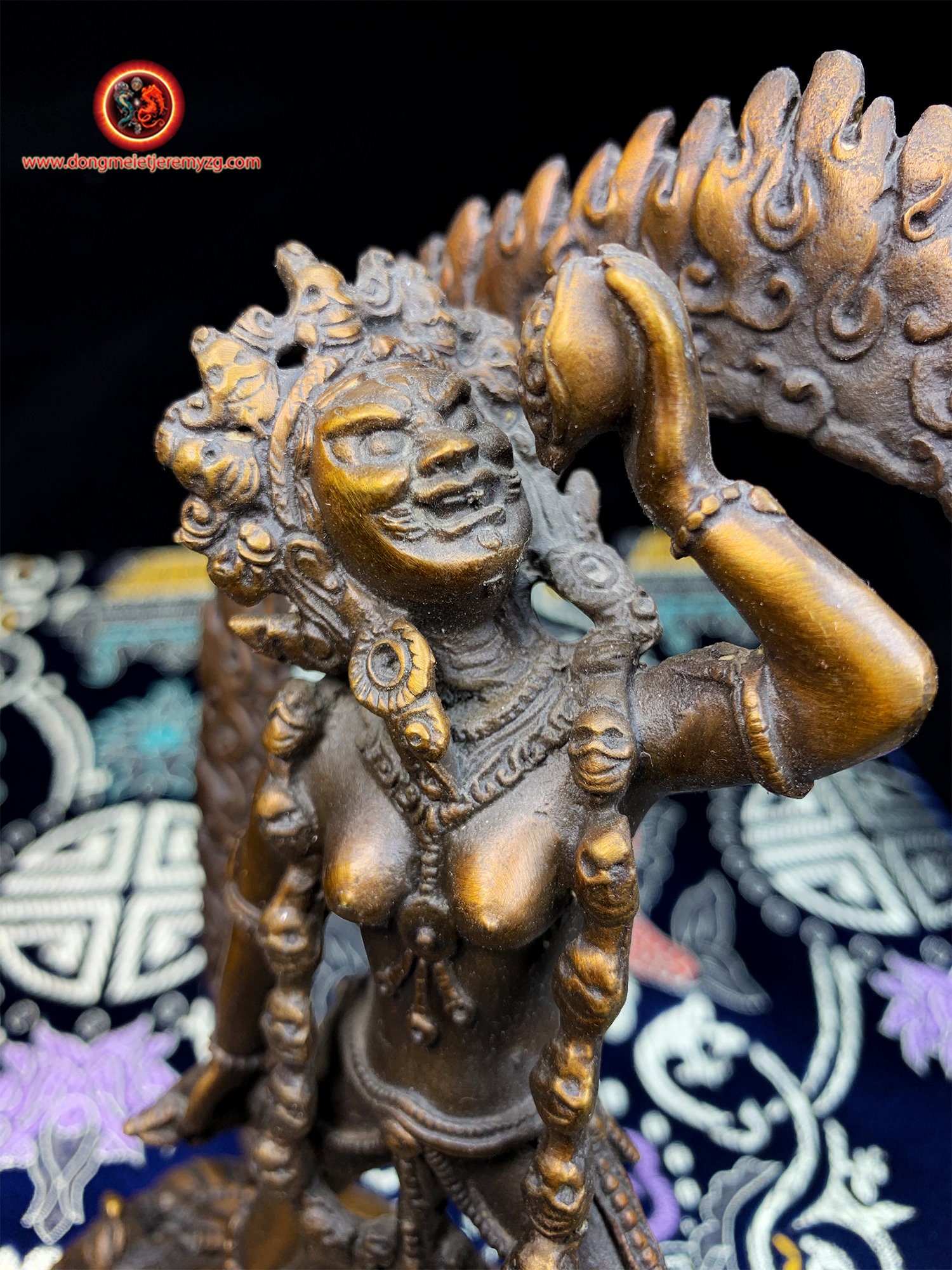 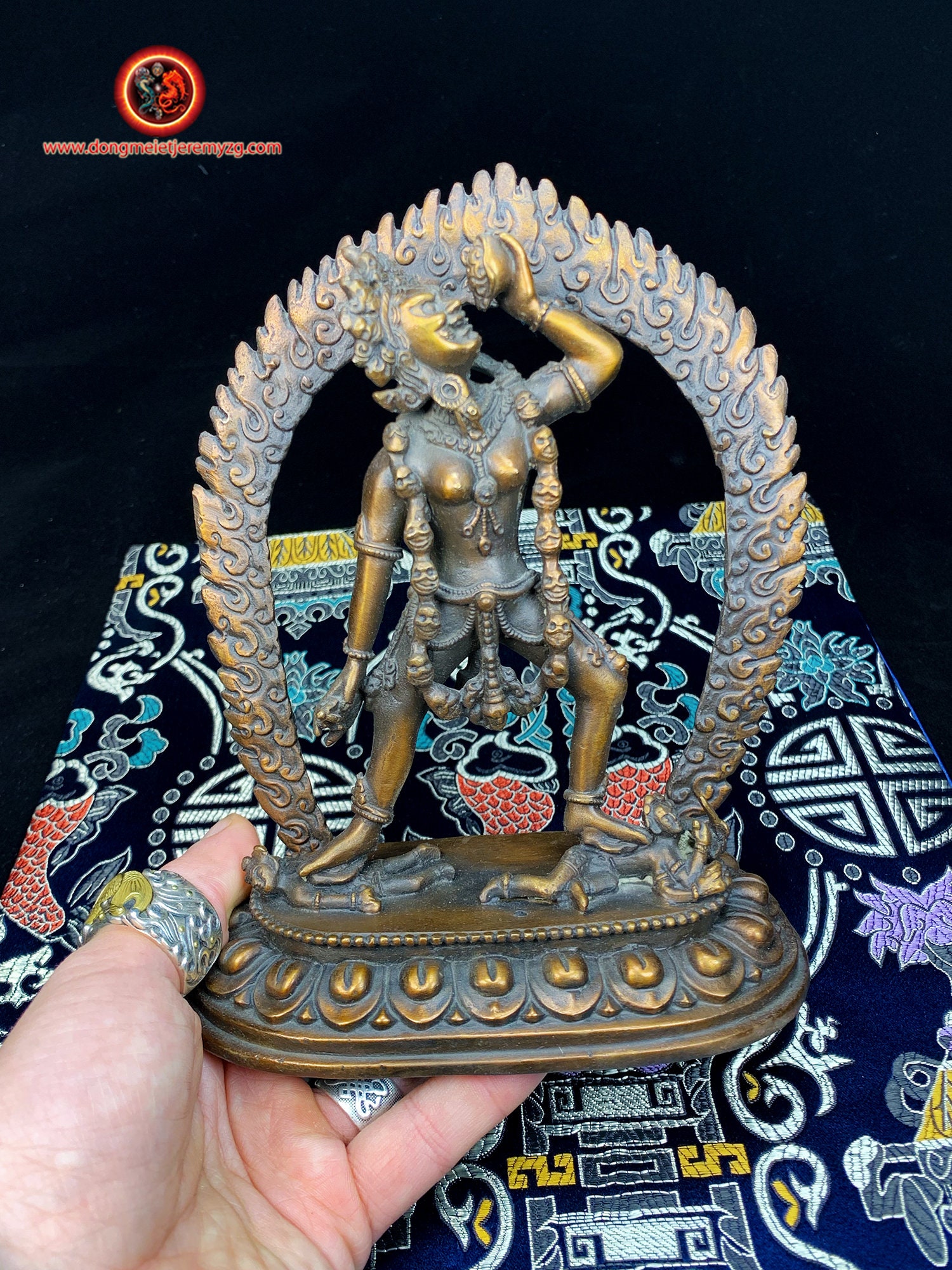 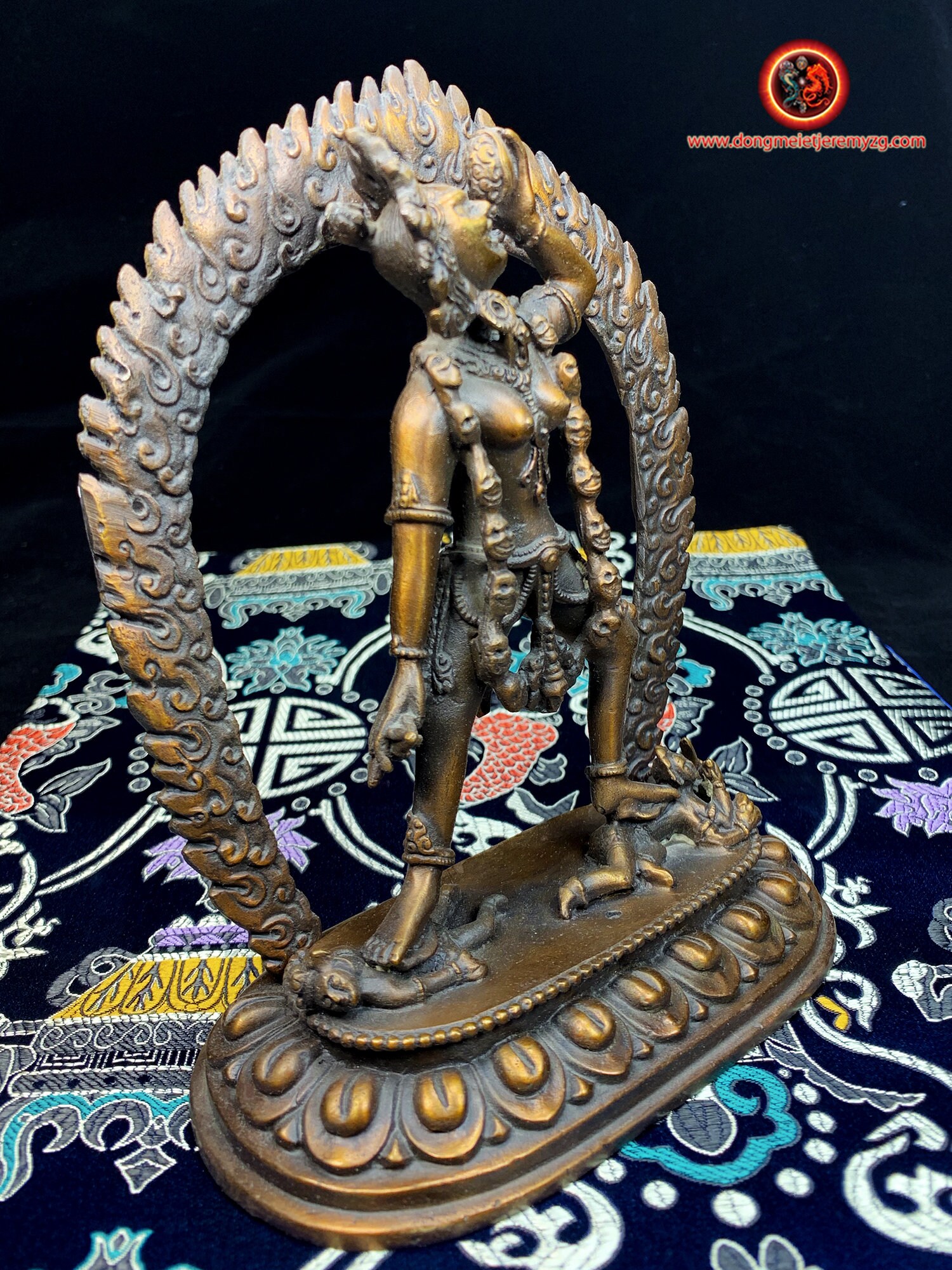 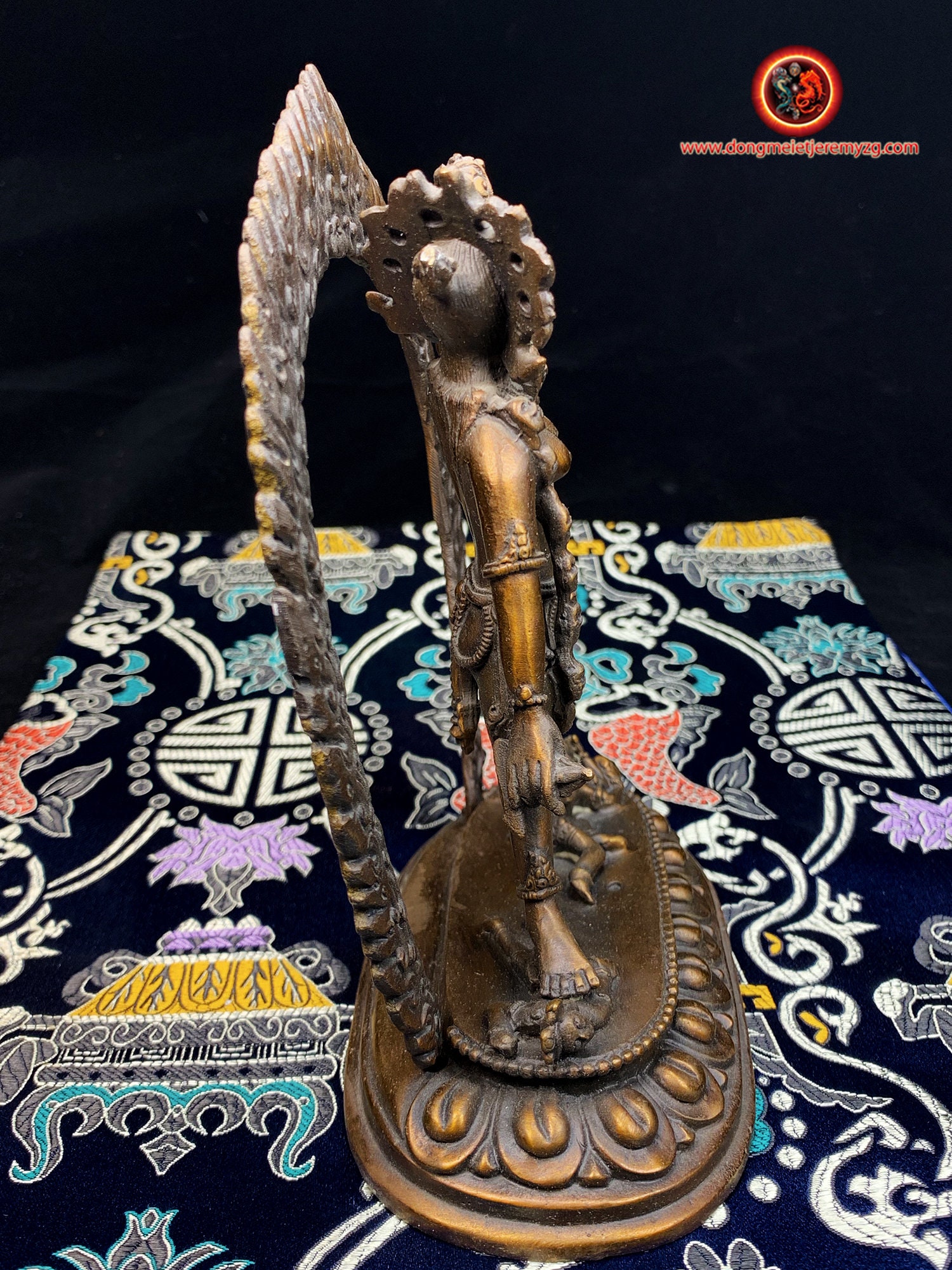 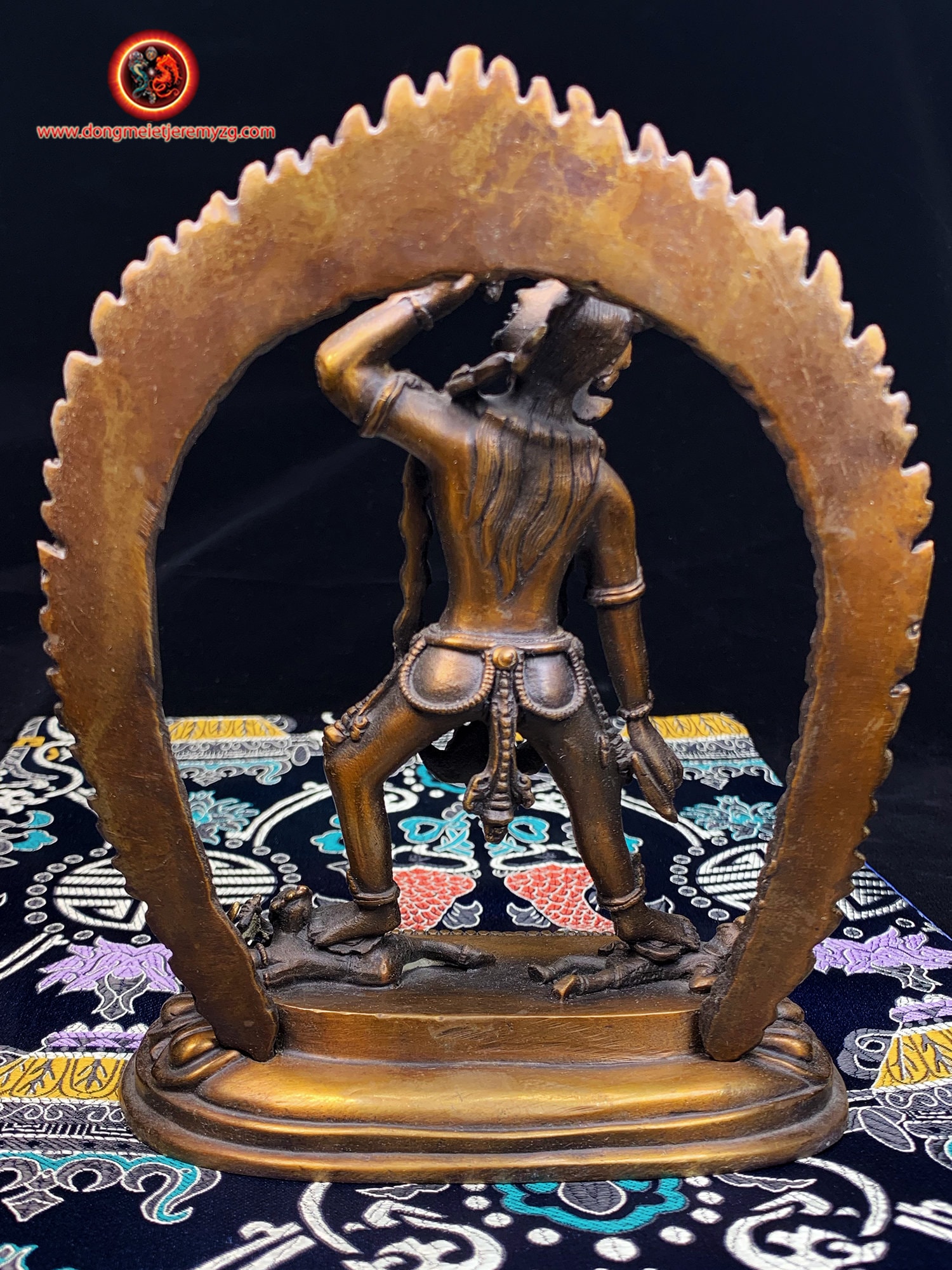 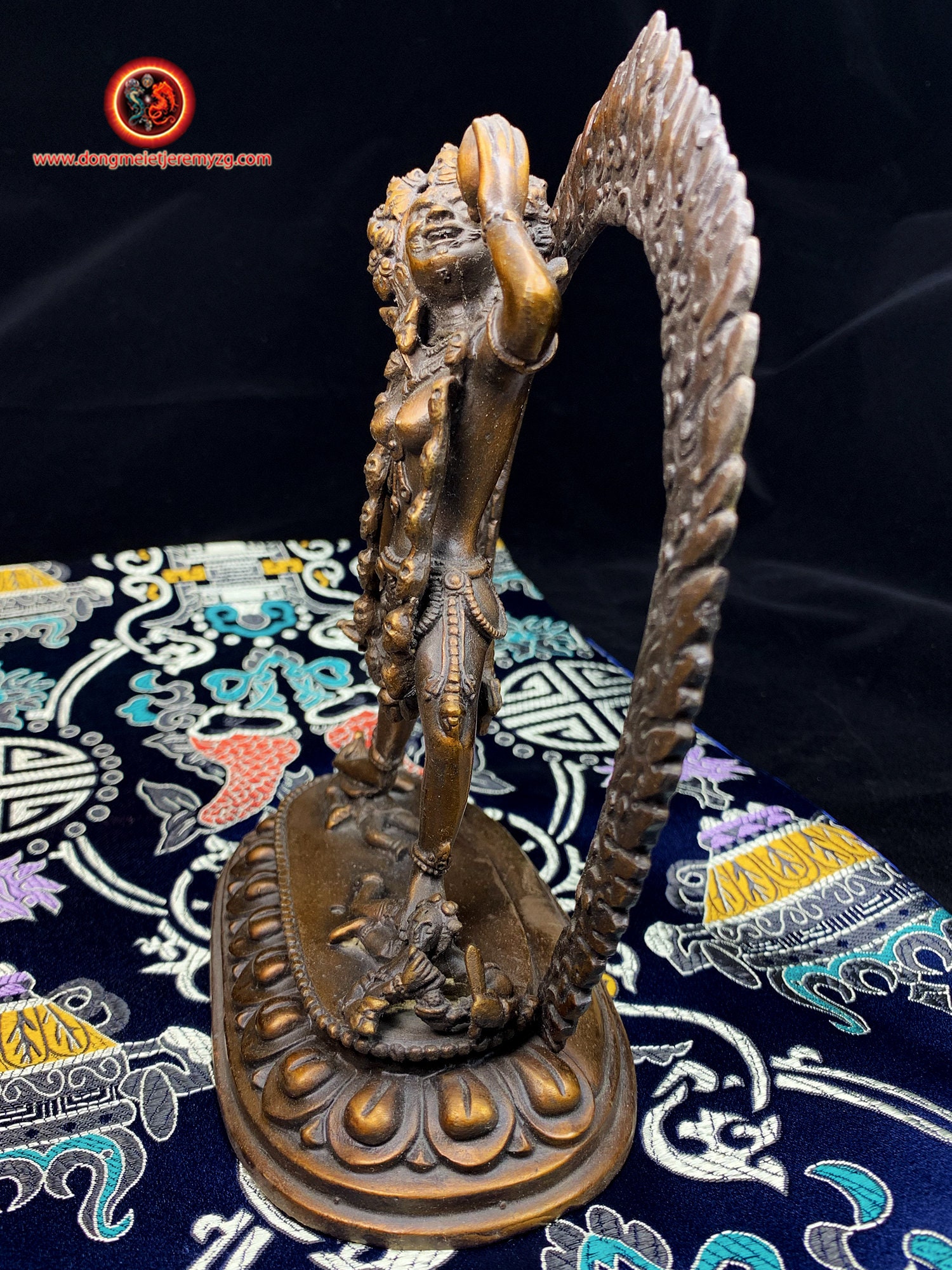 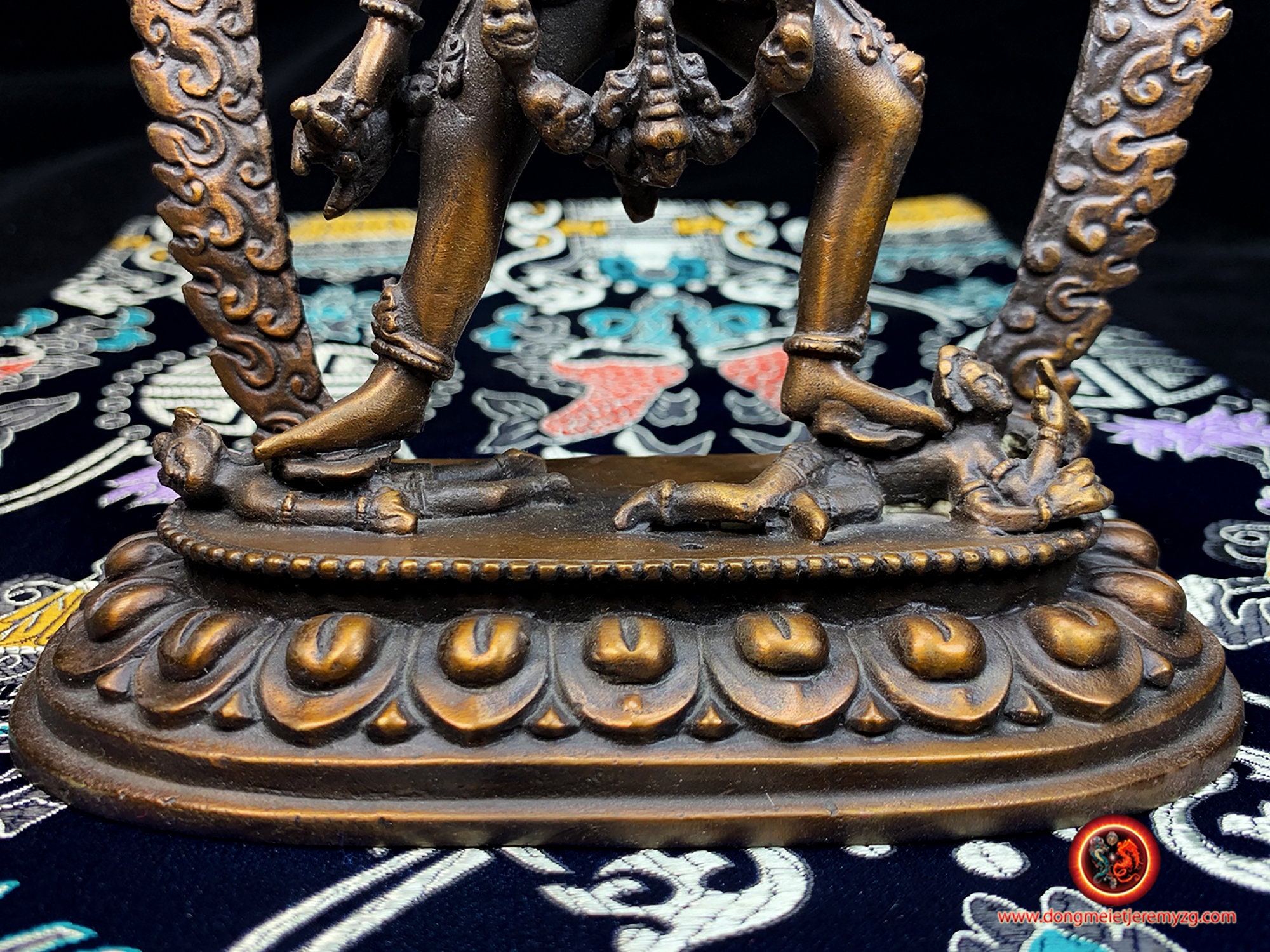 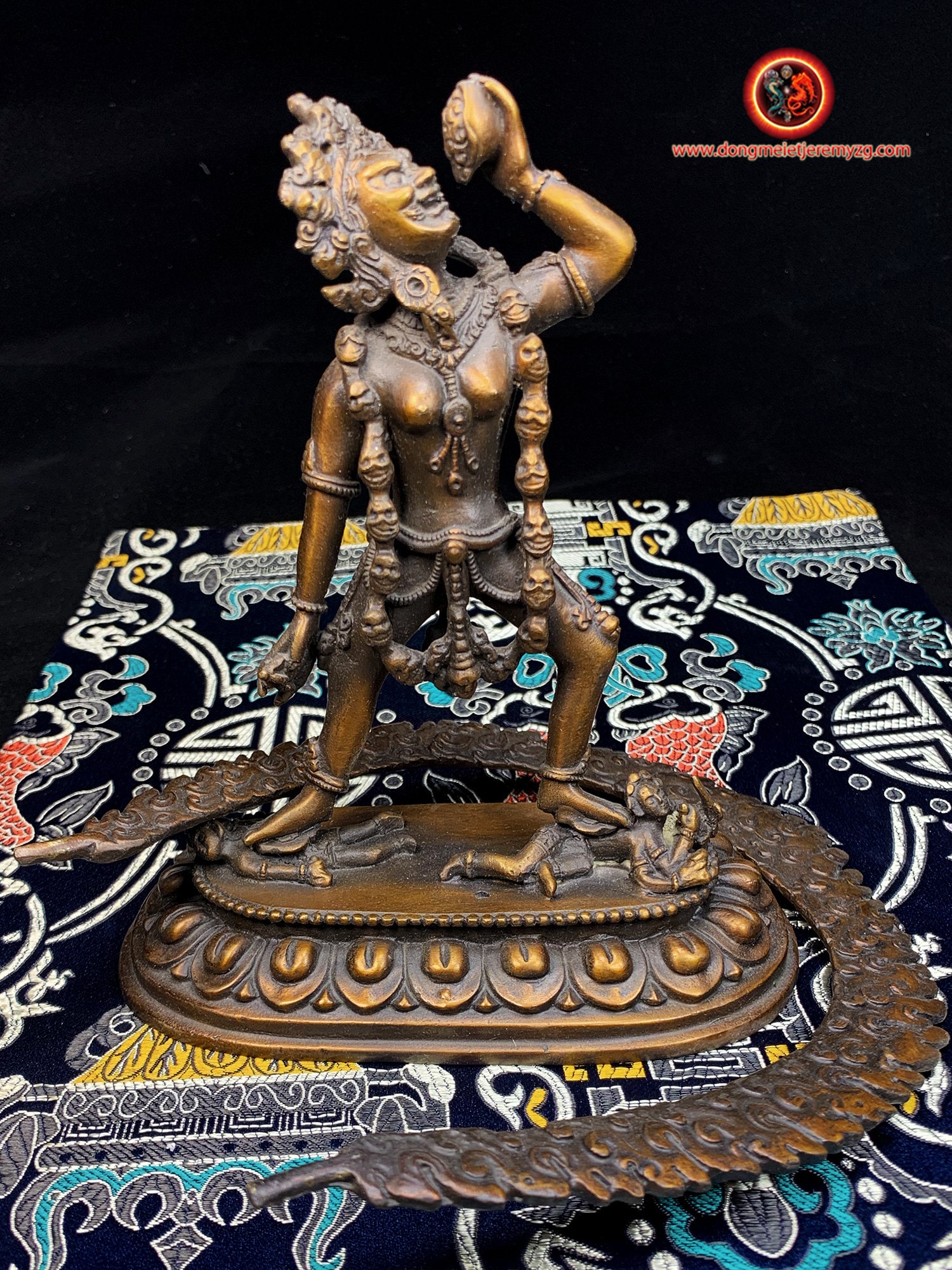 Dakini in Sanskrit, Khandro in Tibetan, literally means "living from heaven" or "dancer of heaven," and is the most sacred aspect of the feminine principle in Tibetan Buddhism, embodying both humanity and divinity in female form.

Dakinis may appear differently in different contexts; if necessary, it may appear to be fierce and intense or playful and nurturing. At other times, it may seem scandalous or repugnant in order to cut through conceptual thinking and misperception. She may appear as a human being, as a goddess, peaceful or angry, or she can be perceived as the general game of energy in the phenomenal world.

In general, dakini represents the ever-changing flow of energy with which the yogic practitioner must work to achieve. In the end, all women are considered a kind of dakini manifestation.

Nero-kin is a vajrayana-like deity of Buddhism (red, walking, wearing a vajra)

It is said to be a transformation or an offshoot of Vajrayogini. It is easily recognizable by its posture and kapala. His head is raised, ready to soak up the blood that spills from his kapala, and his right hand brandishes a curved kartika. The physical attributes of Nrod-similar are interpreted in reference to long-standing Buddhist principles as well as distinctly tantric concepts. For example, his freely running hair is, in the context of the Indians, the mark of a yogic practitioner, especially one who cultivates tummo, while Buddhist exegetes interpret unrelated braids as a sign that his mind, free from grasping, is a flood of non-conceptuality.
His crown of five skulls represents his transformation of the five aspects of individuality into five transcendental glimpses of a Buddha. His garland of fifty severed heads symbolizes his purification of the fifty primary units of language and thought. Its bone ornaments represent five of the six perfections of a bodhisattva. His body itself represents the sixth perfection, wisdom, which all female deities implicitly personify.

He wears a mystical kha-v-ga , supported by his left arm or balanced on his left shoulder. The stick indicates that she is not single and has integrated eroticism into her spiritual path, mastering the art of transmuting pleasure into transcendent bliss.

She manifested herself in an initiation vision to the great Indian mahasiddha and Professor Naropa , (956-1040) receiving teachings from her. She's patron saint of the Sakya school and a sidekick of Vajravurh. It is a sarvabuddha-ykin , having access to all Buddhas and is therefore more powerful. This form of Vajrayogini is the pre-eminent form of yogini in the tantras Cakrasa-vara and Vajravurh.