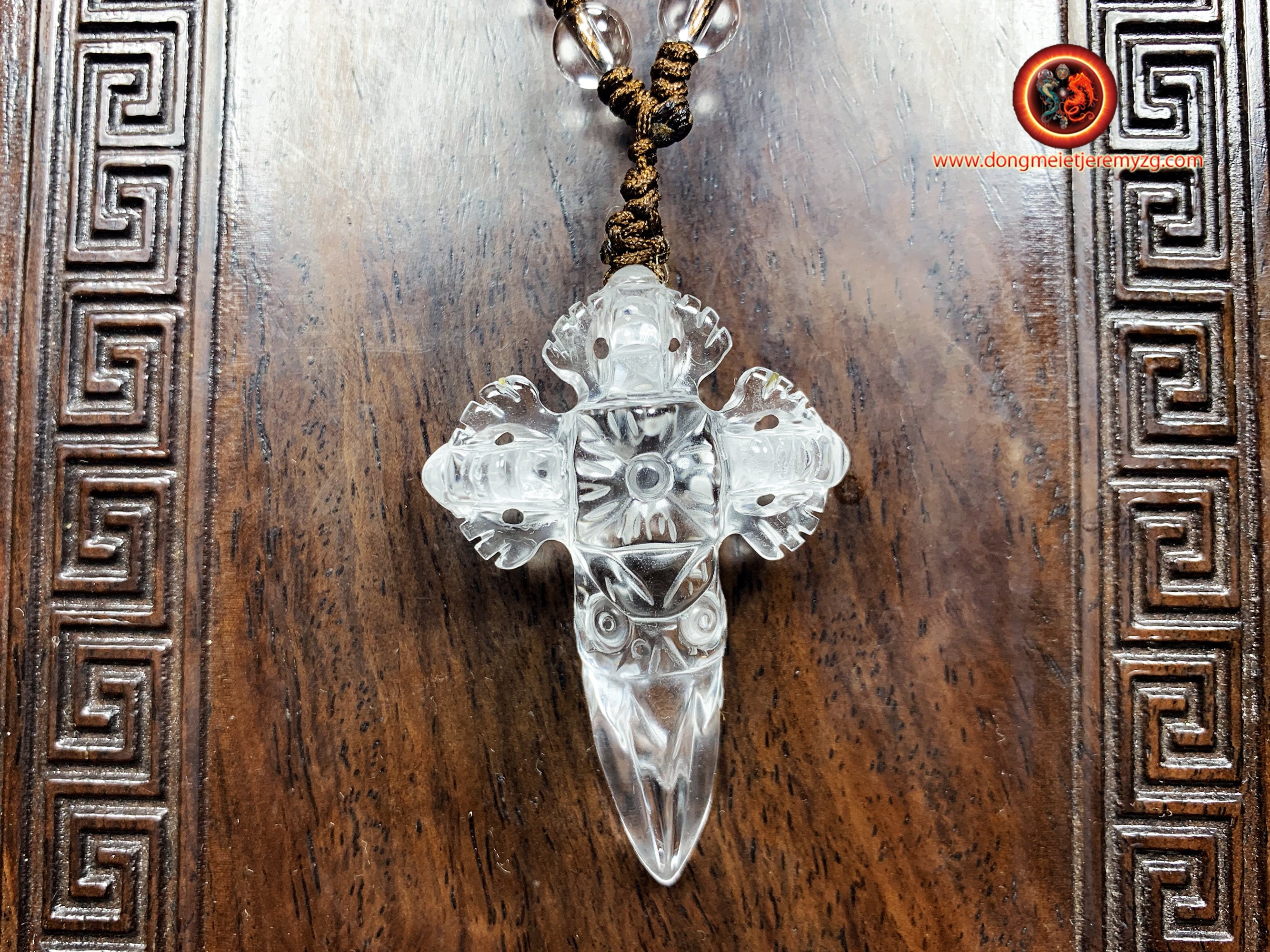 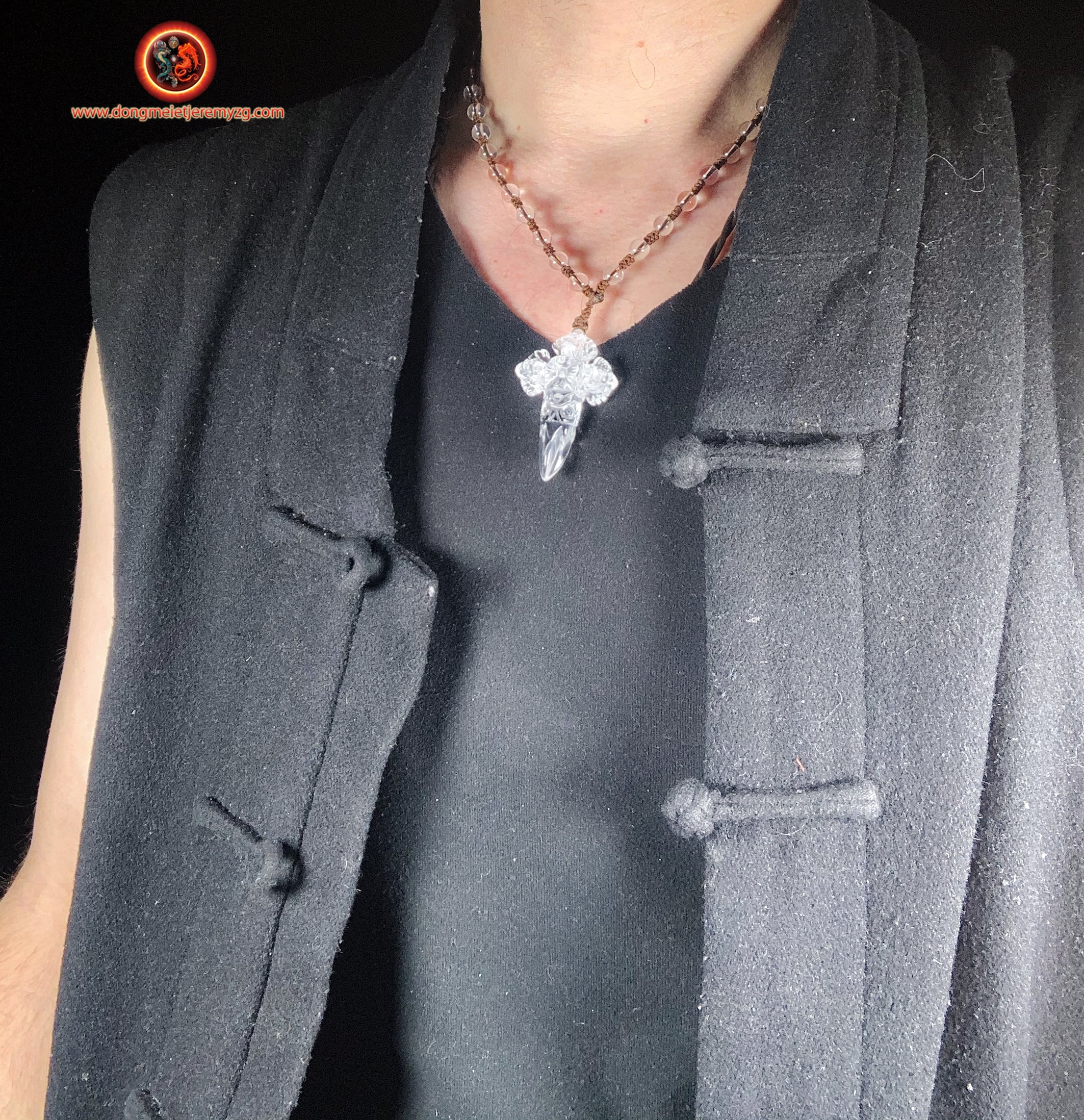 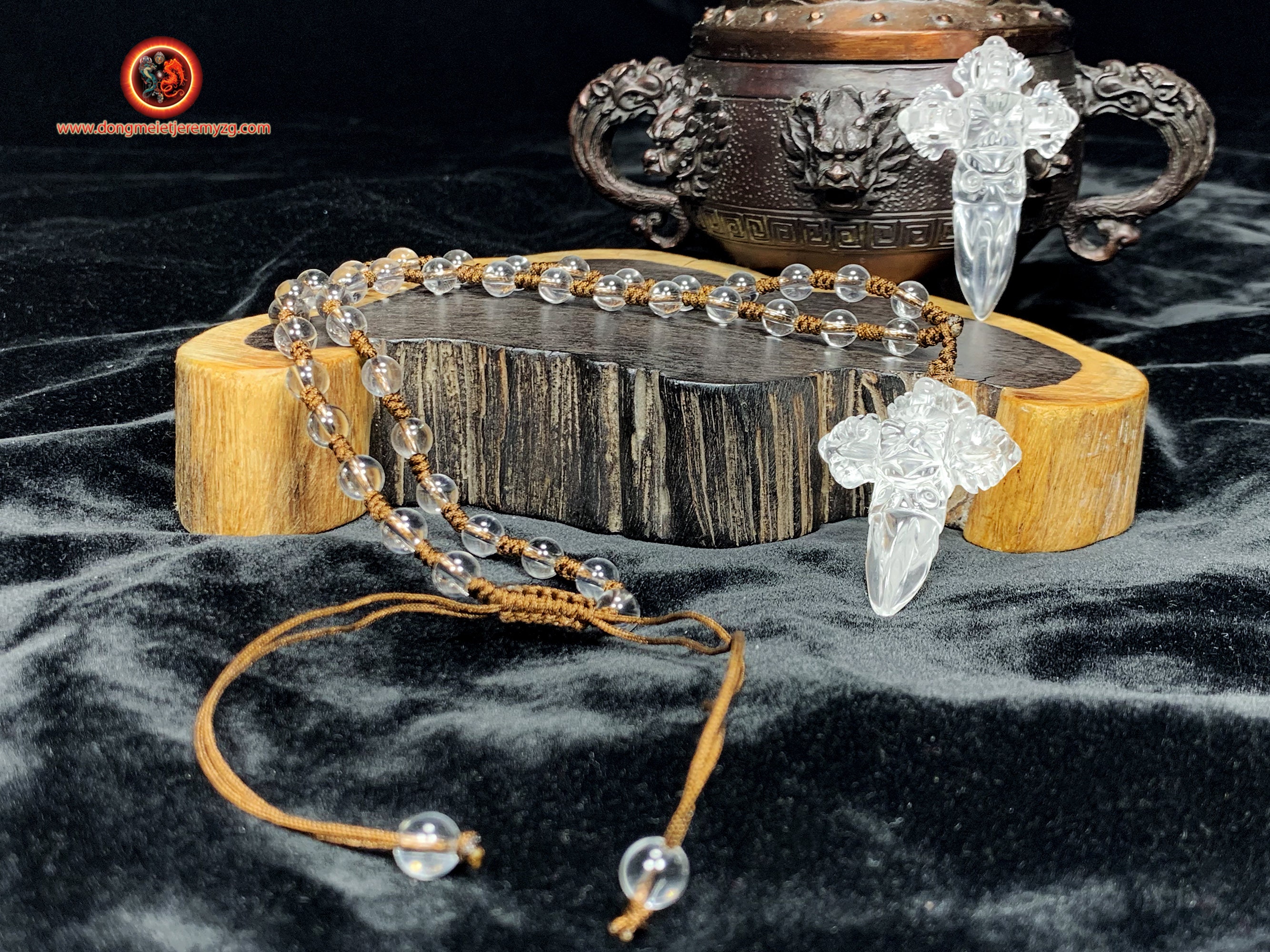 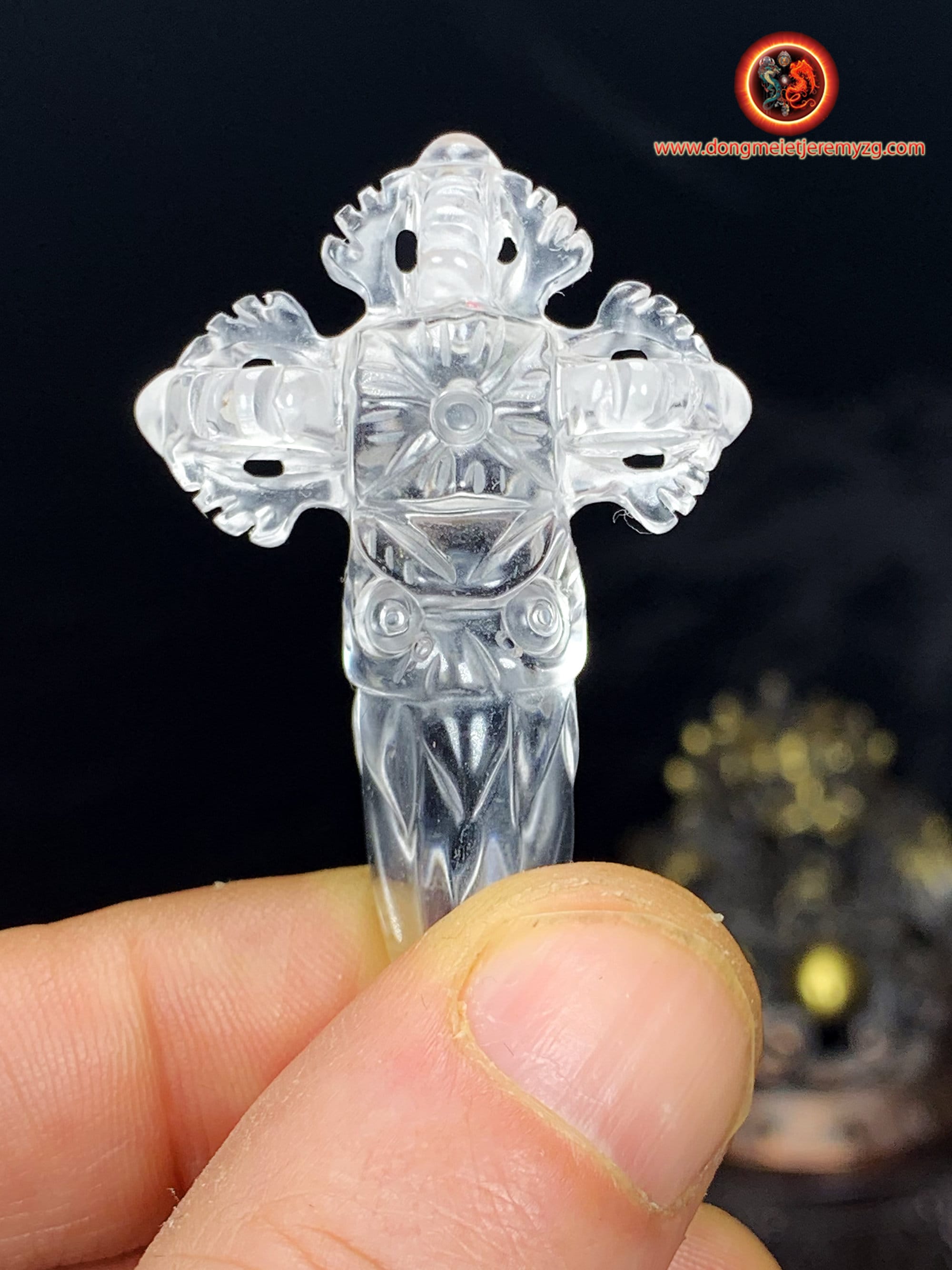 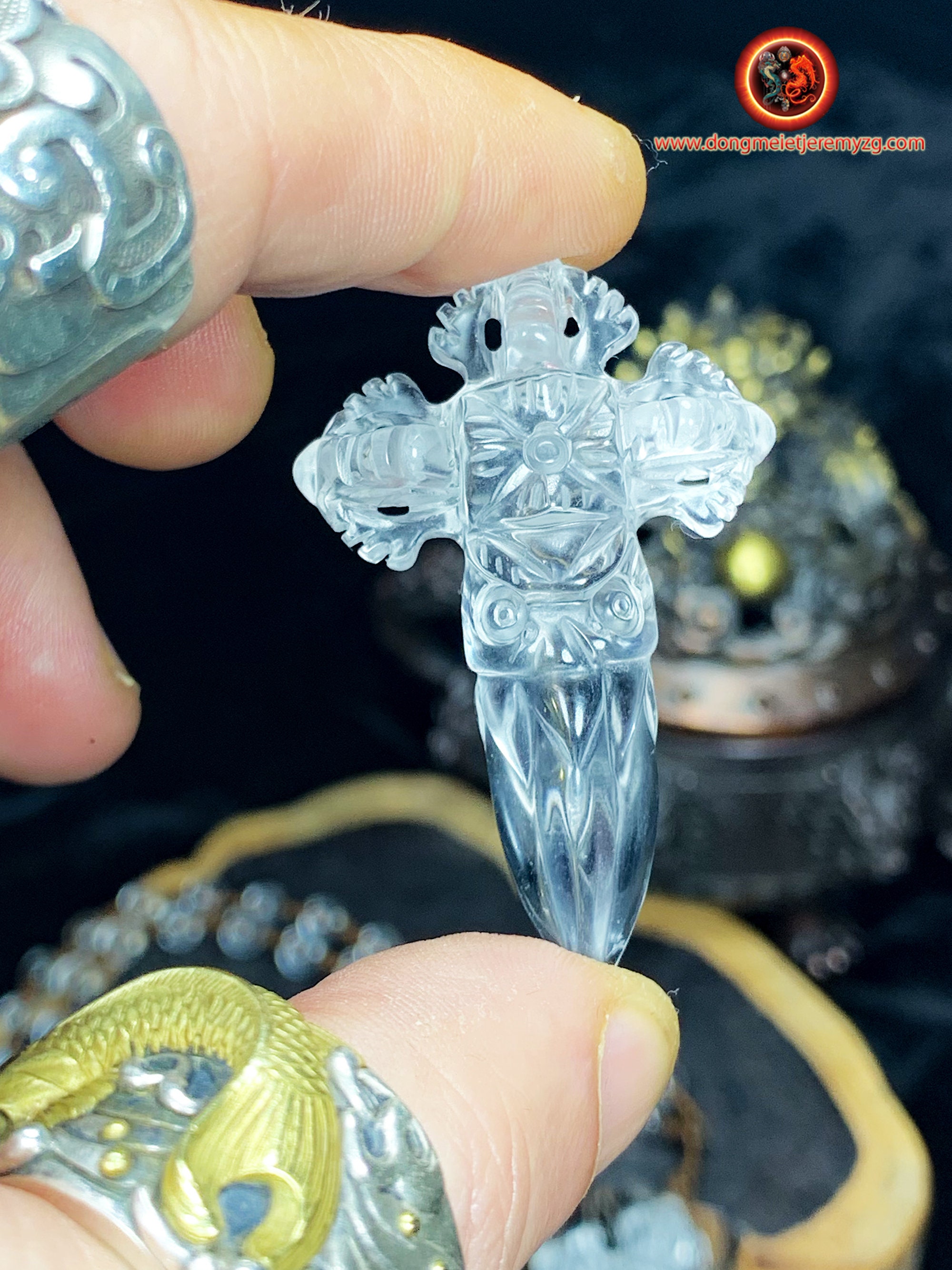 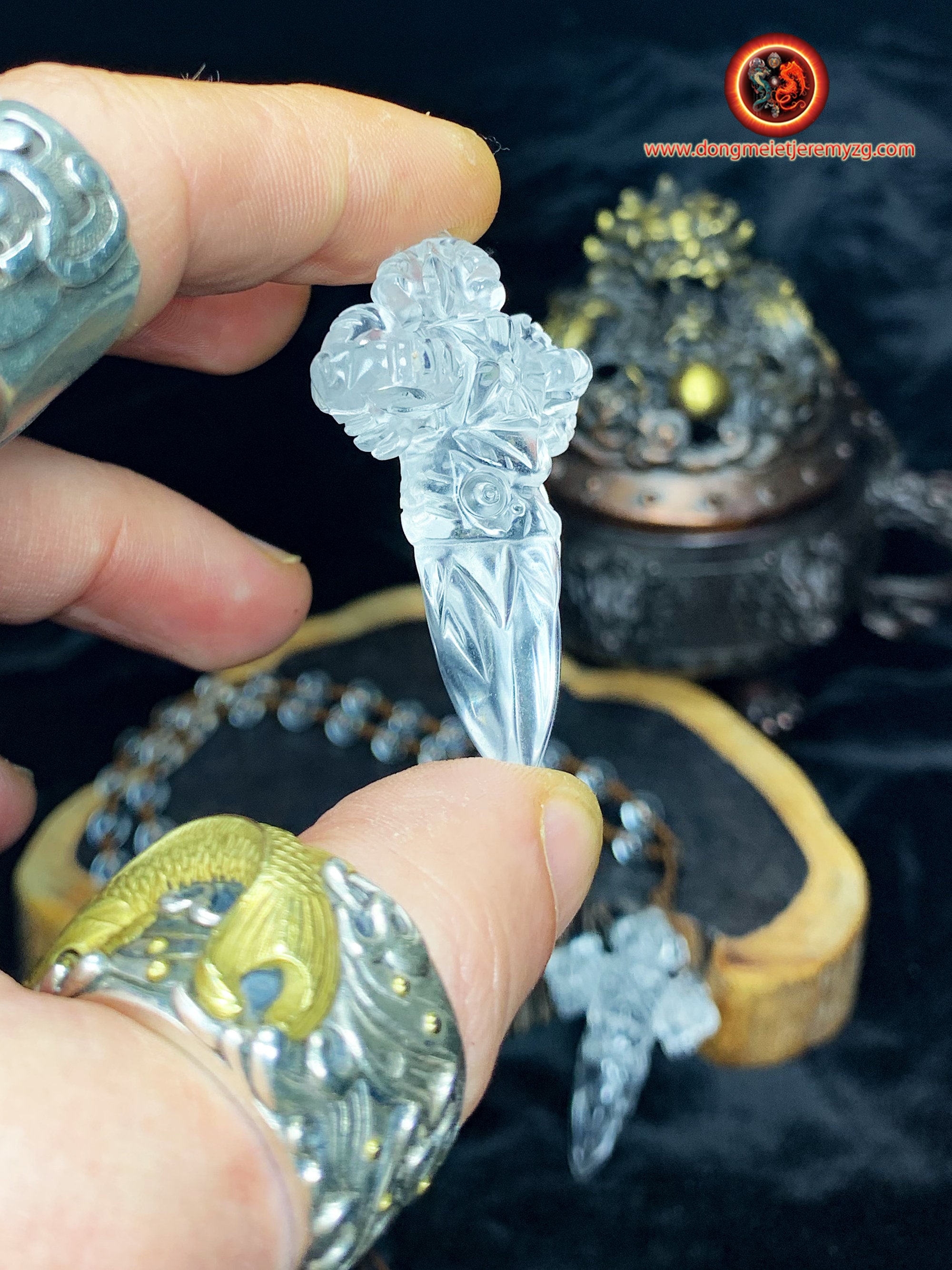 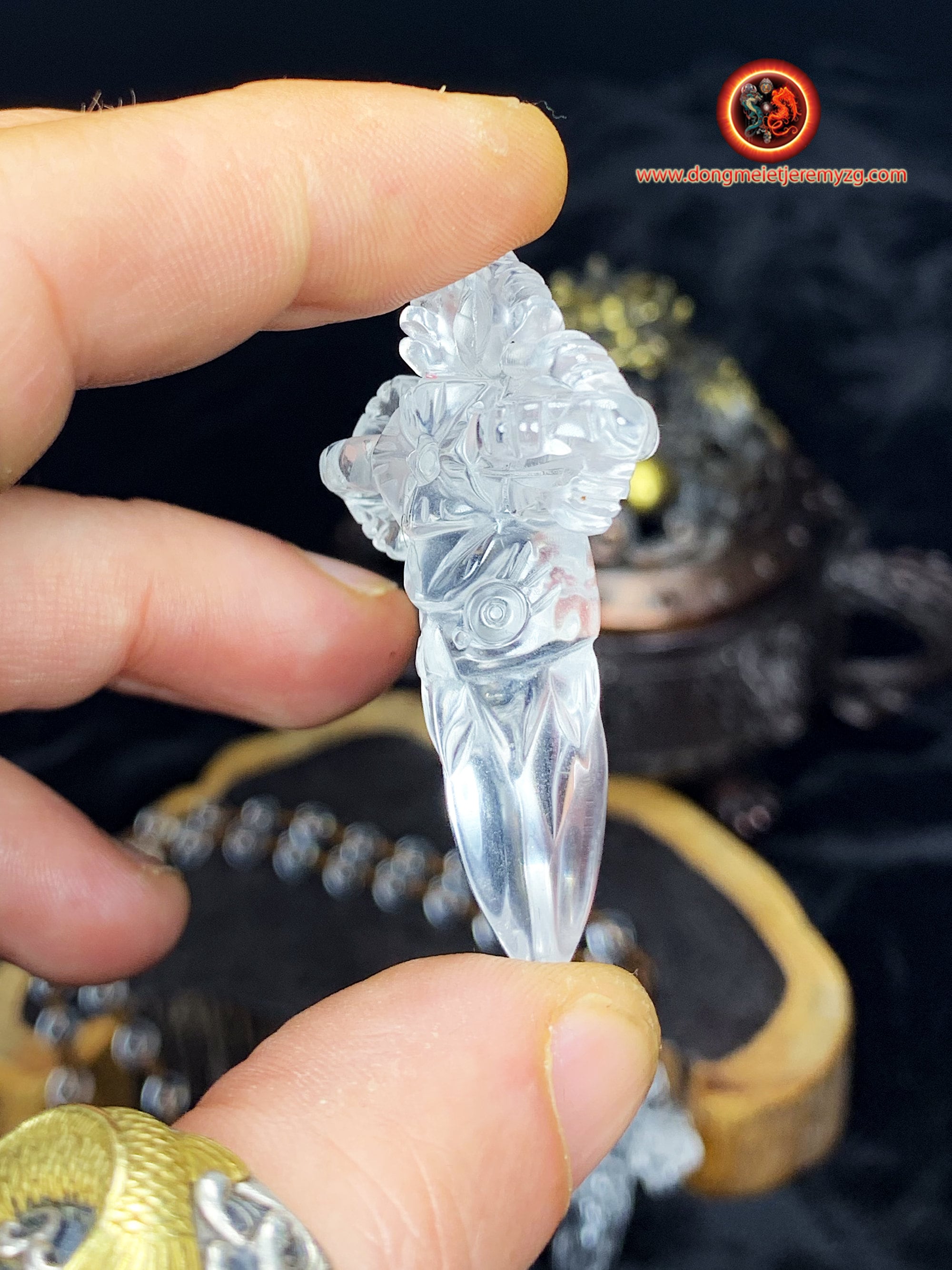 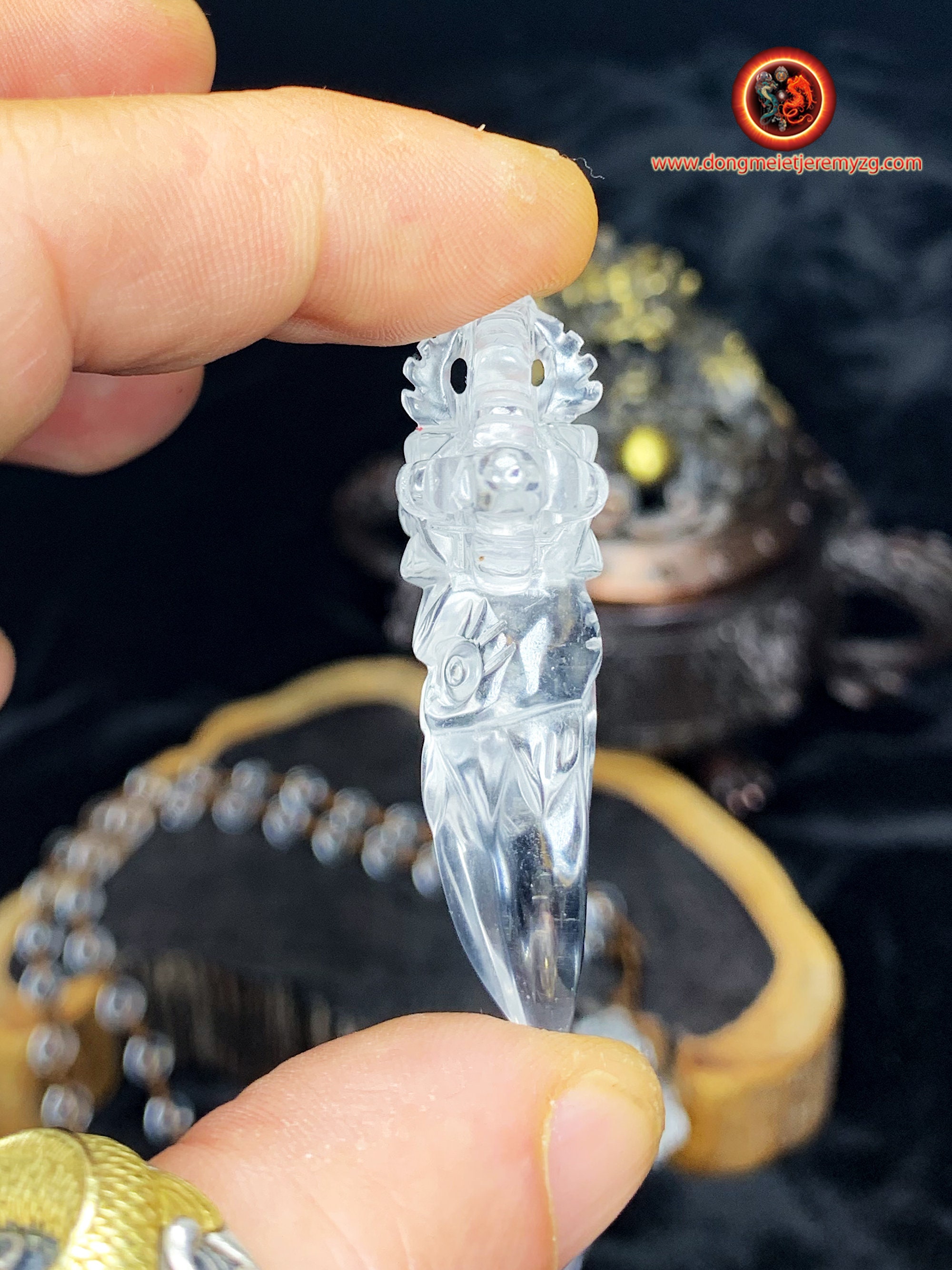 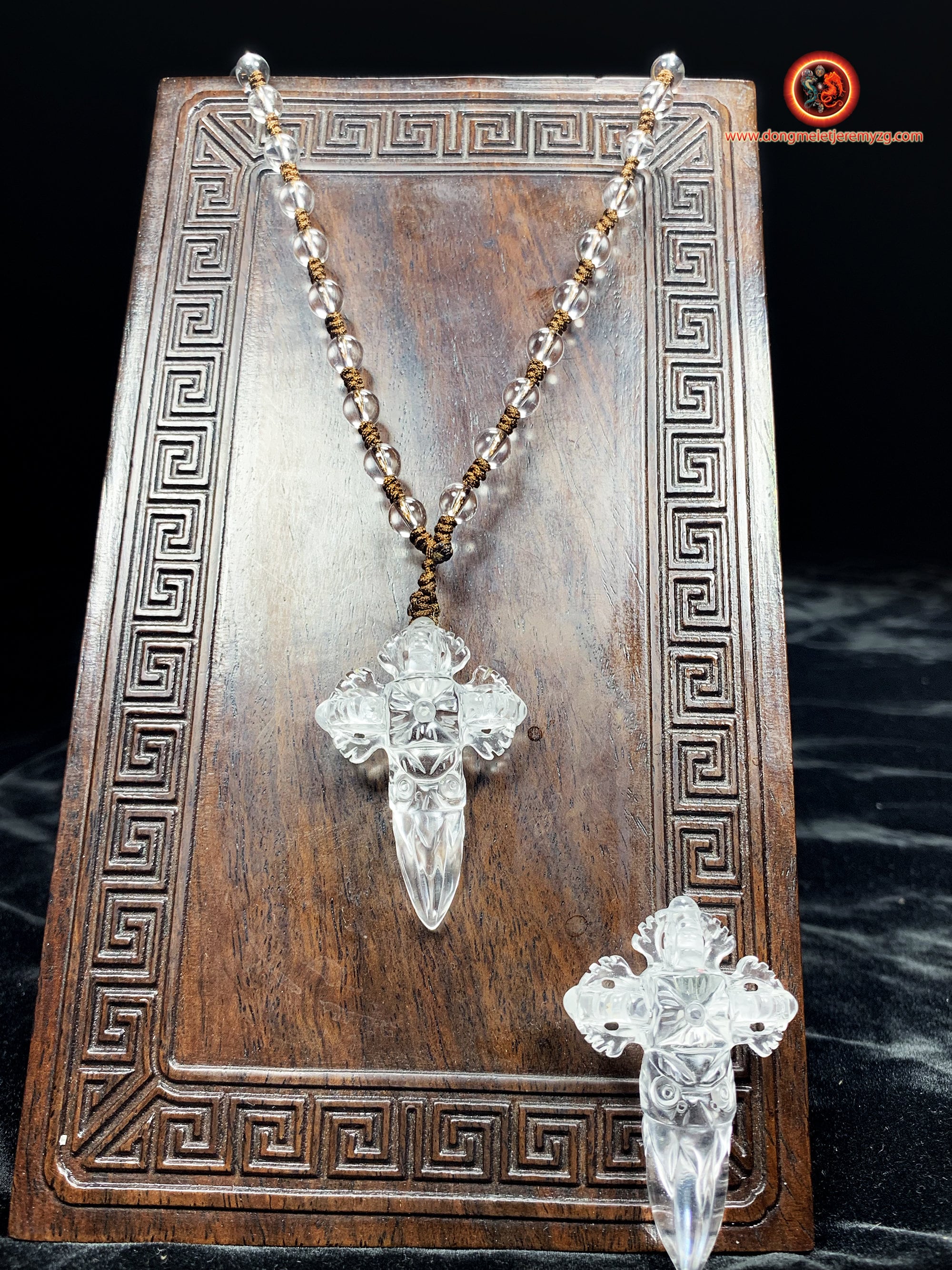 pendant of Tantric Buddhism, vajrayana, Phurba in rock crystal, the knife of the dakinis and wrathful deity.

Brazilian rock crystal of excellent quality.
As a gemologist graduated from the National Institute of Gemmology (ING), Paris, France. All our materials are appraised and certified by us.

Sold with or without braided necklace with rock crystal bead also from Brazil
Necklace adaptable to all sizes by its clasp which is a sliding knot.

Vajrakilaya (The Adamantine Dagger), Tibetan Dorje Phurba is a yidam or deity of Tantric Buddhism or Vajrayana, central to the "school of the elders" Nyingmapa of Tibetan Buddhism.


The phurba or kila, the dagger held by Vajrakilaya
Vajrakilaya is a heruka that is, an angry form of the deities in the higher tantras of Vajrayana. It is, in fact, a very wrathful form of Vajrasattva, the bodhisattva of purification.