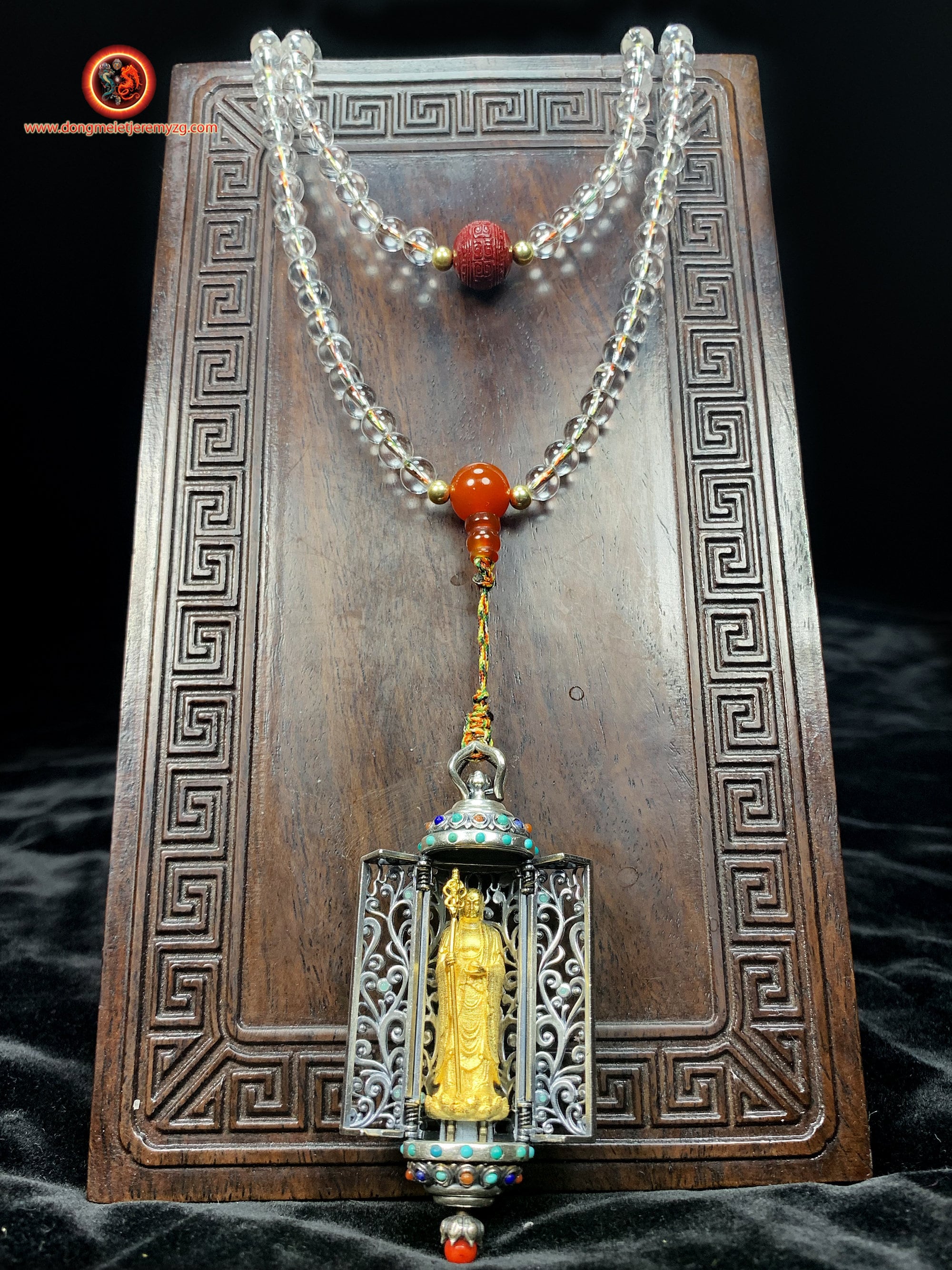 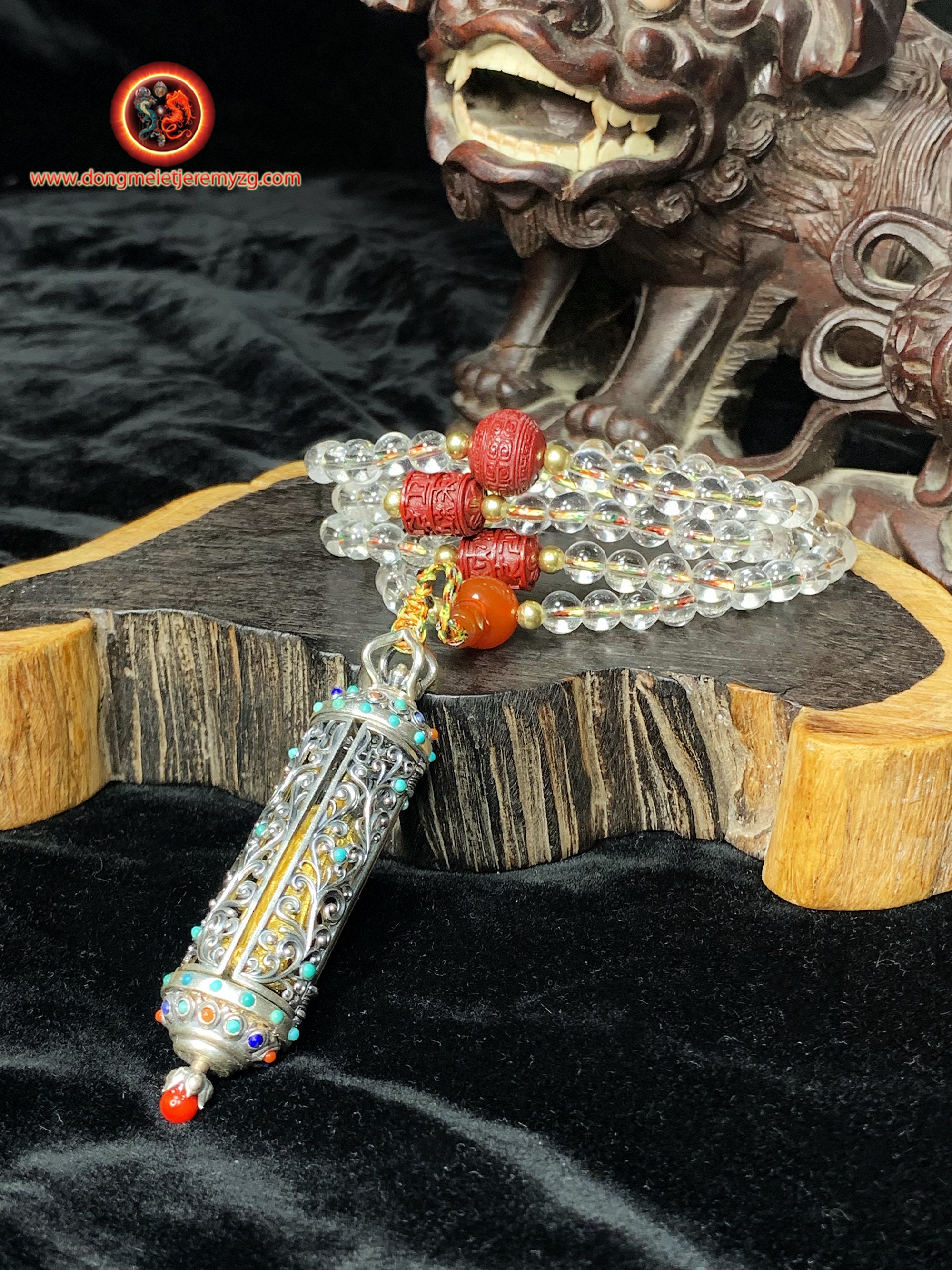 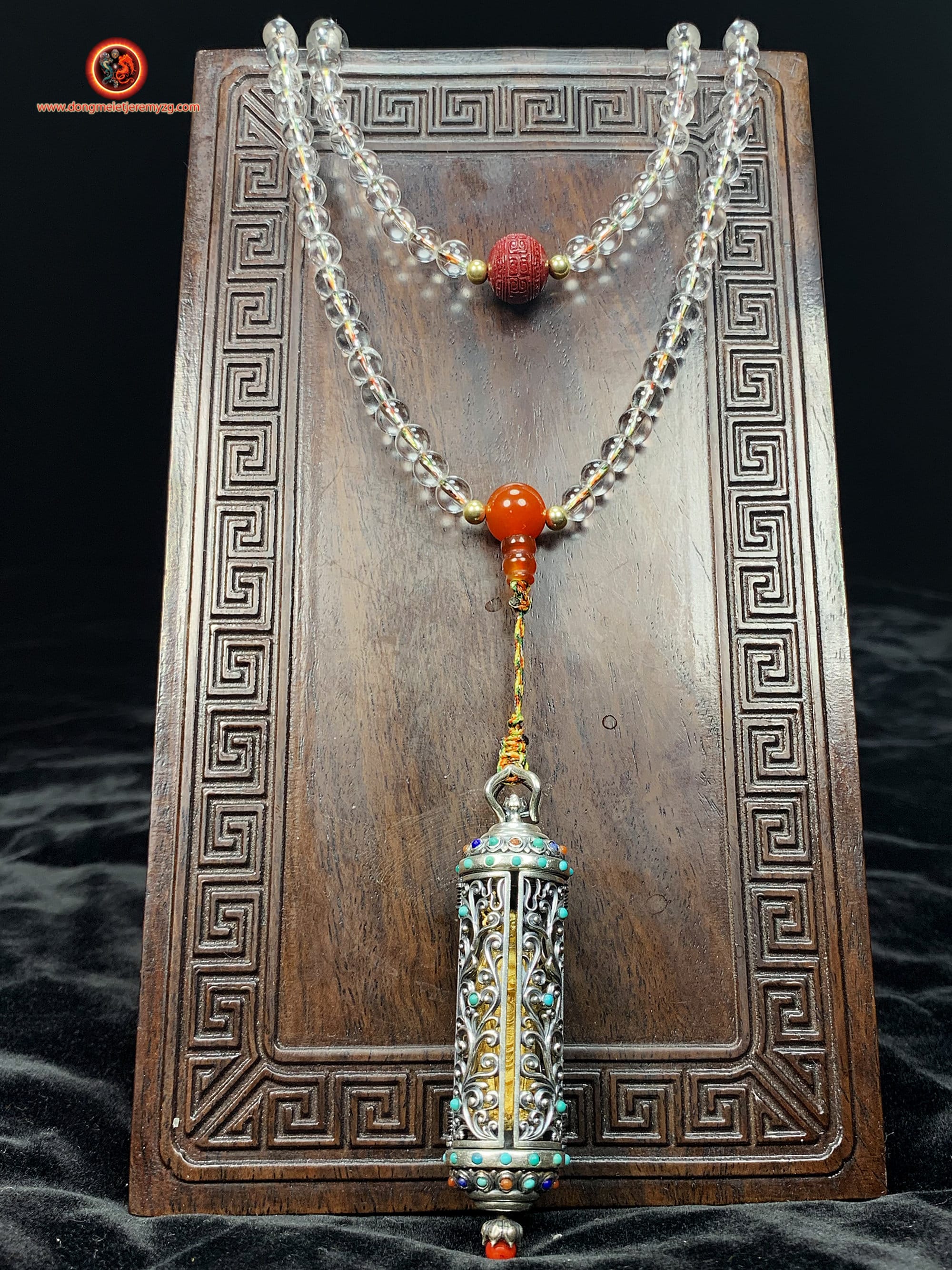 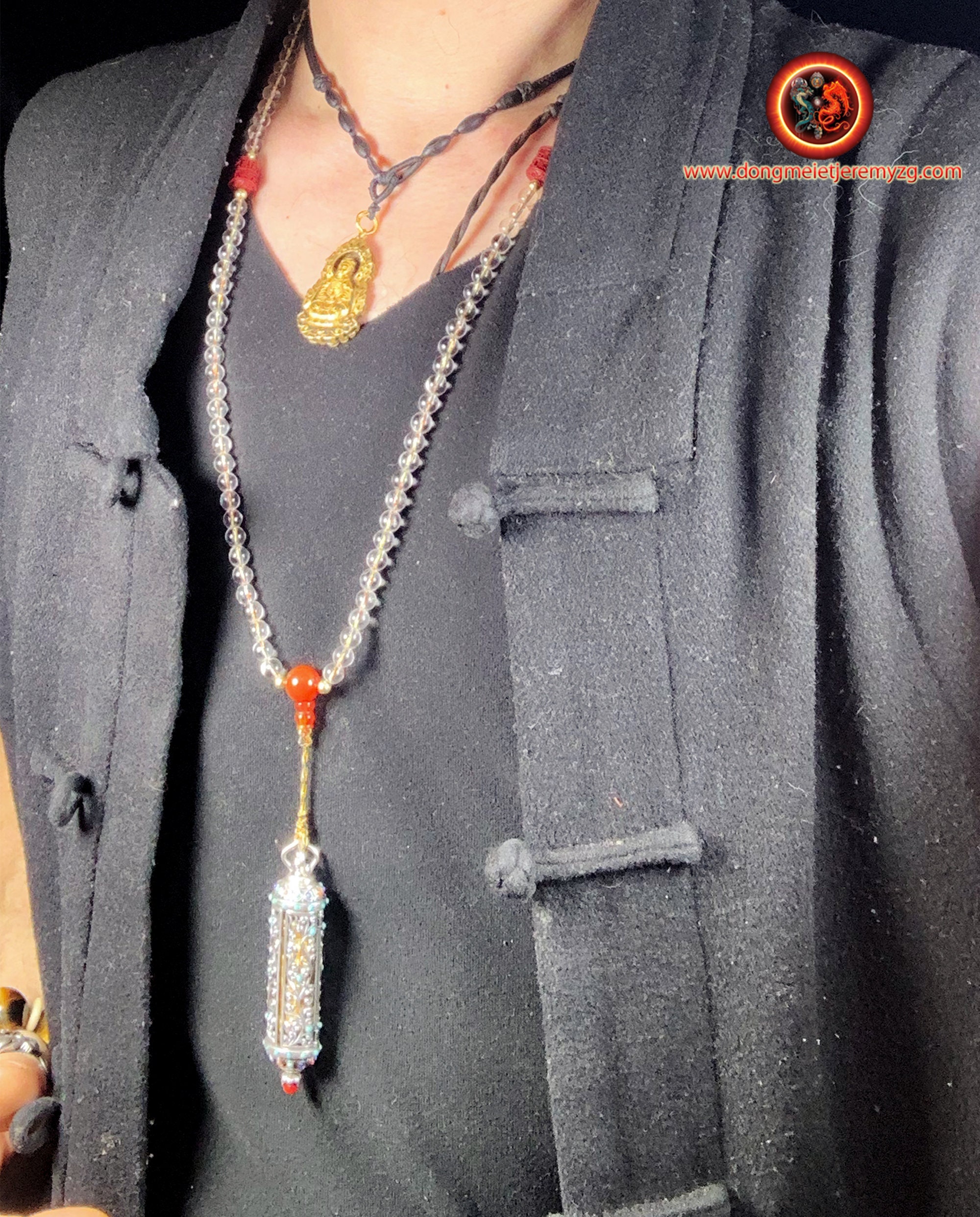 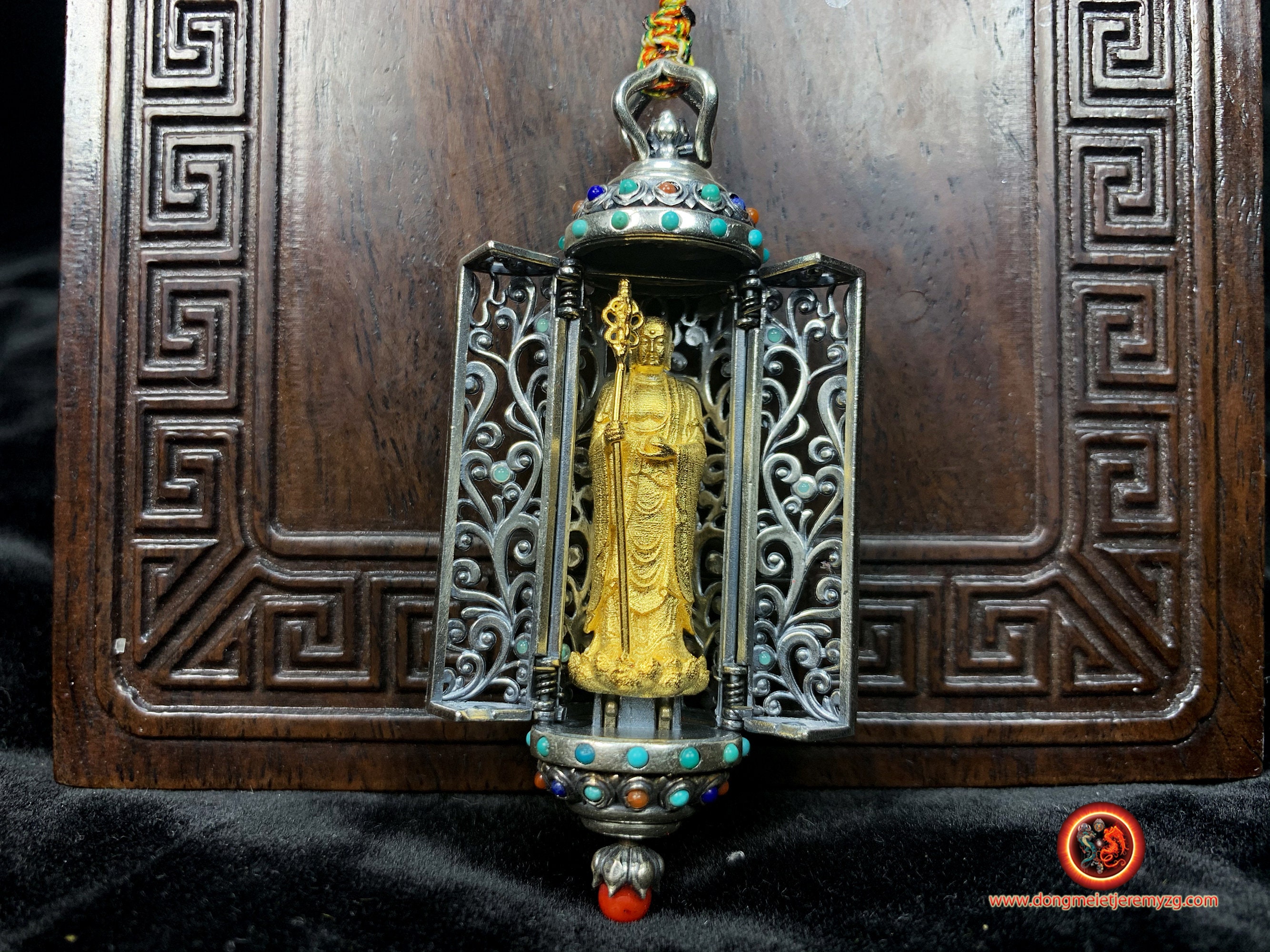 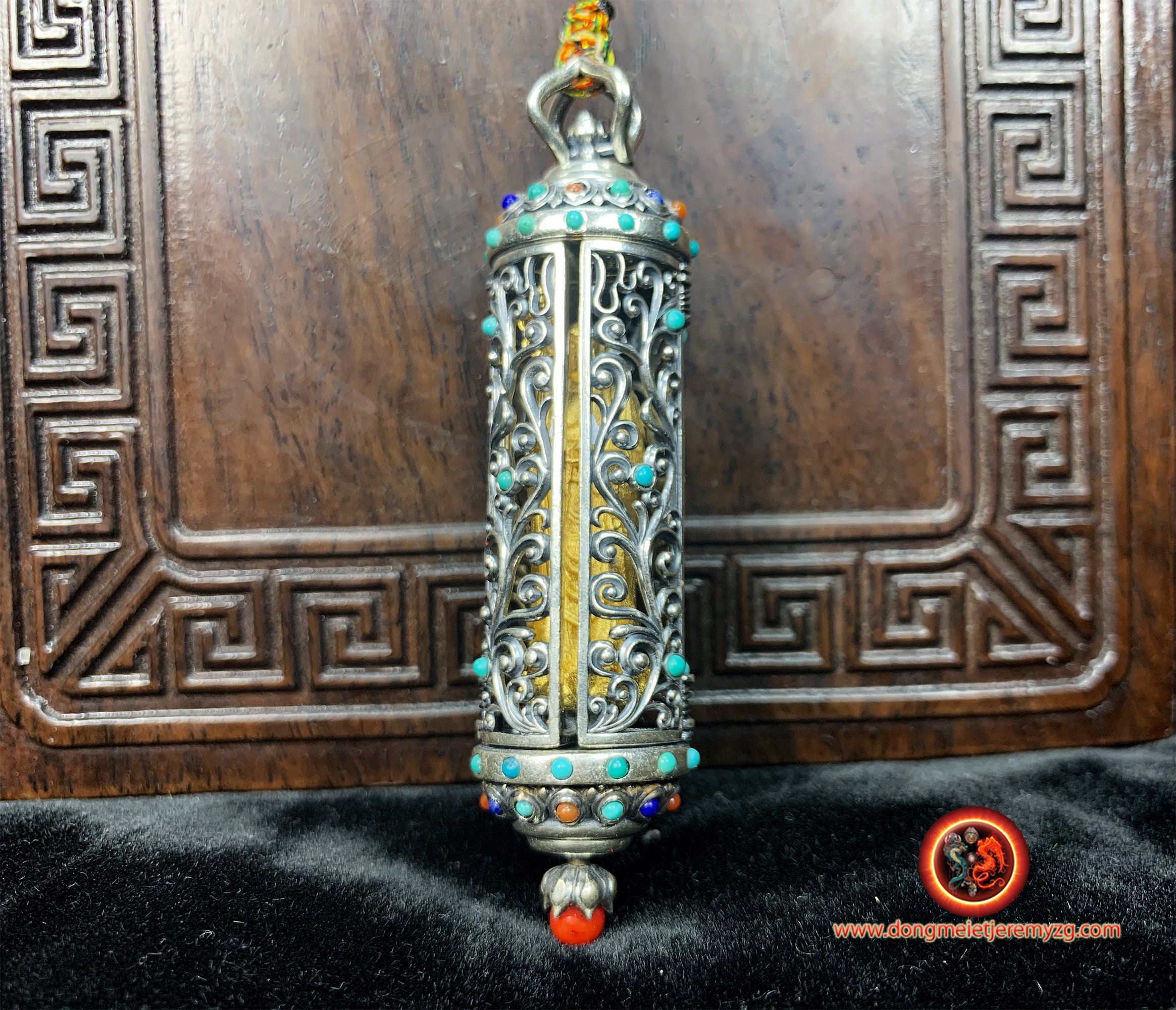 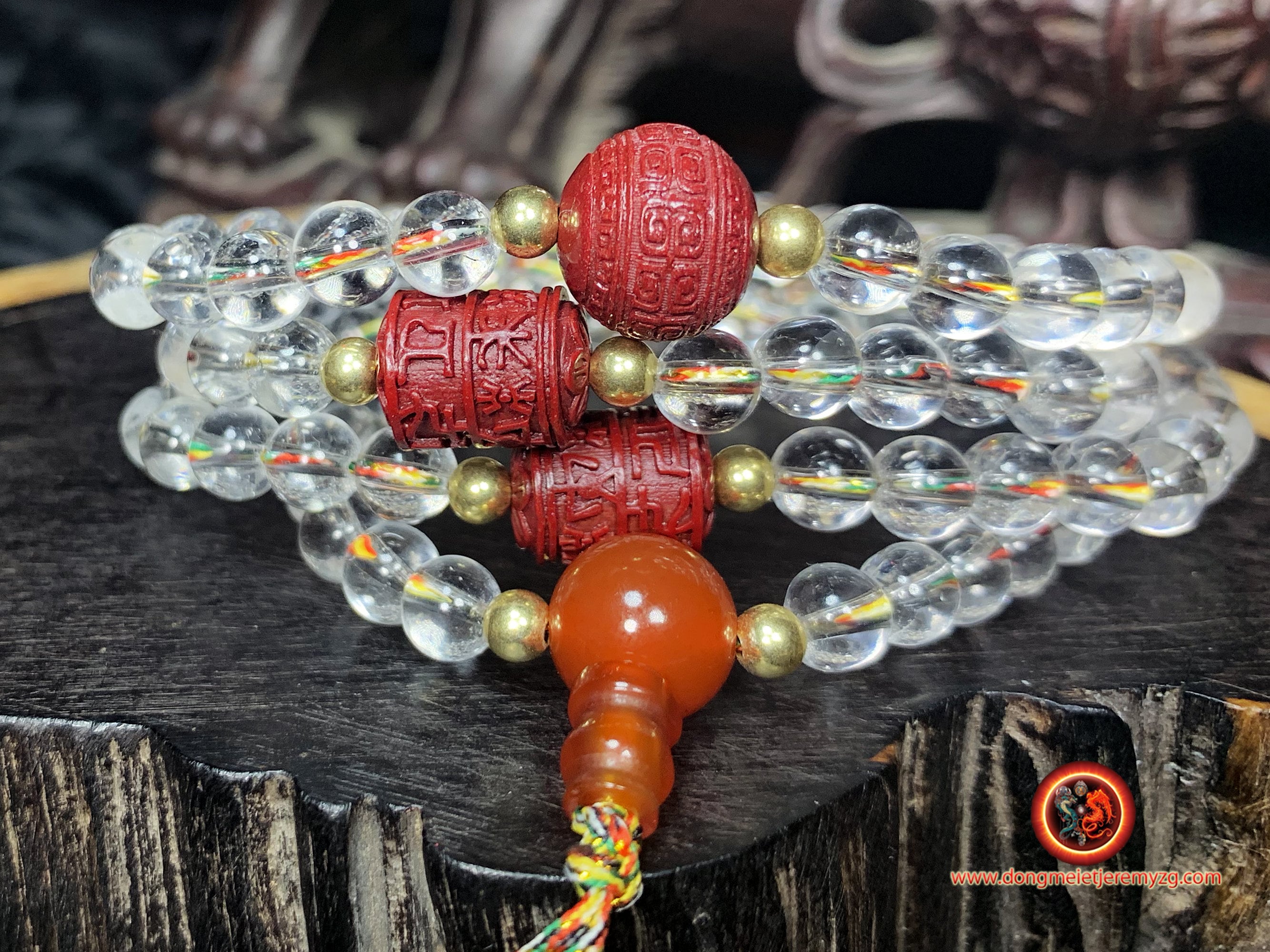 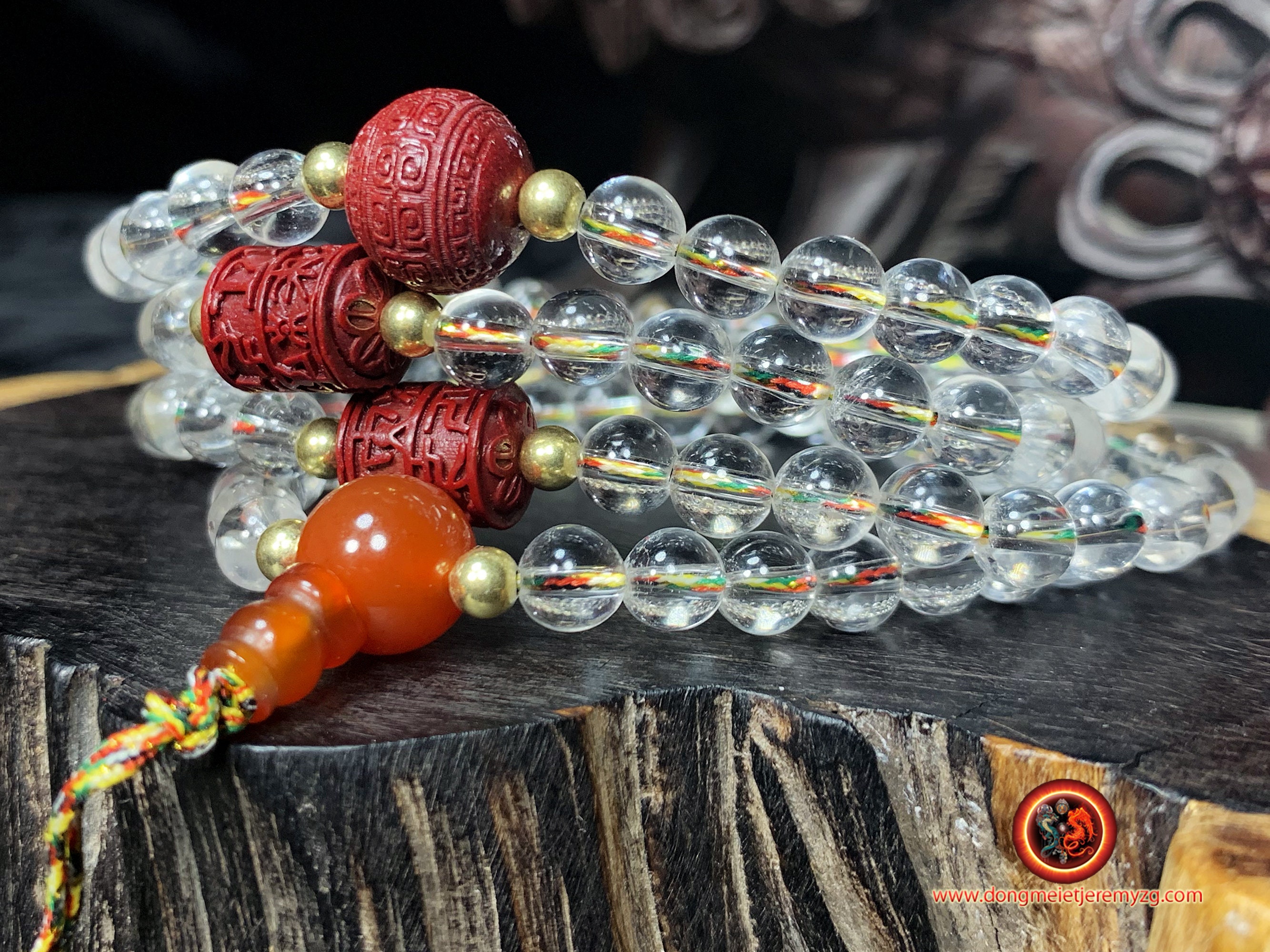 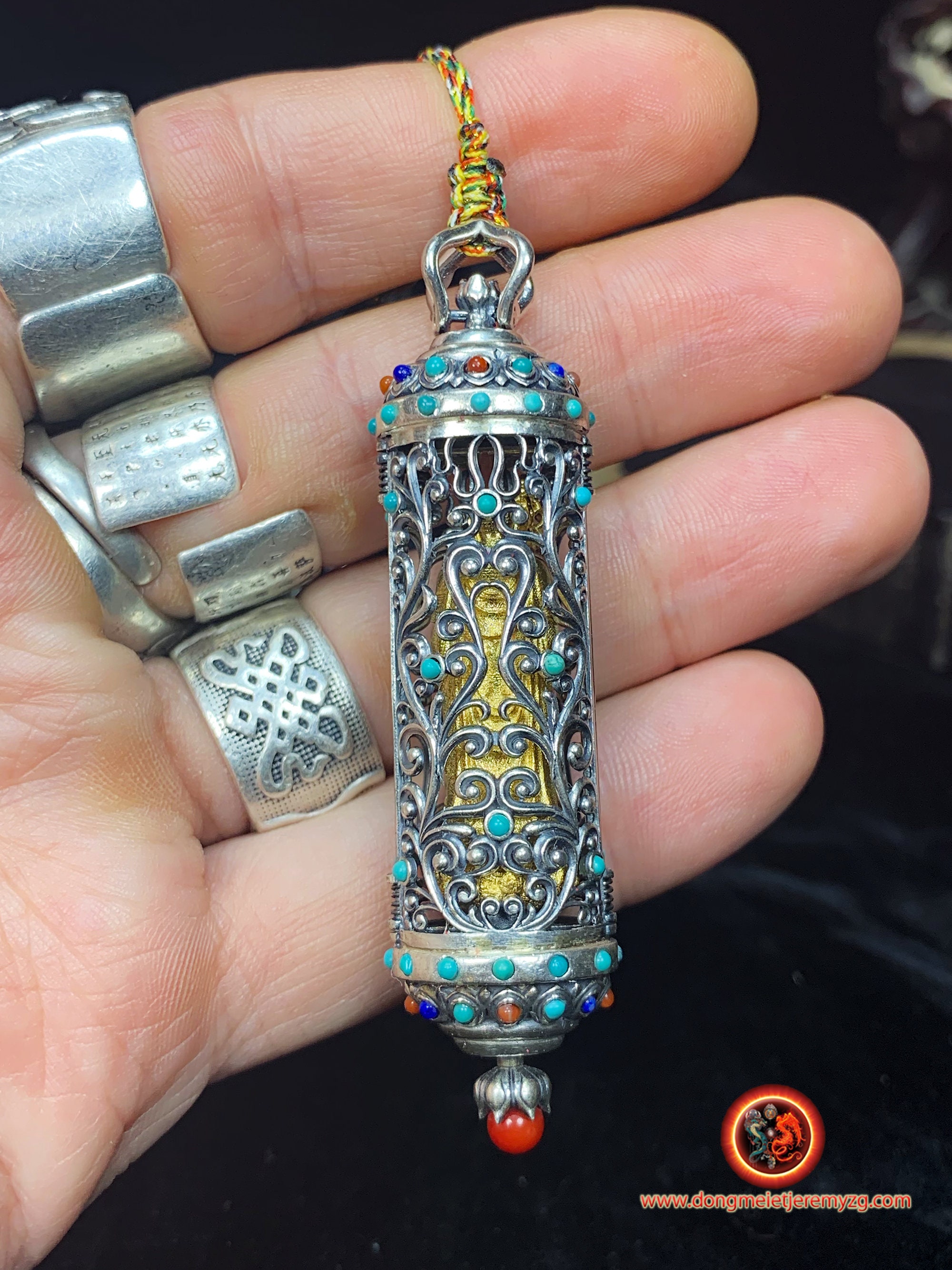 Mala made to order, count about a week of making after order

The Ghau opens thanks to a push button located at the bottom of the latter, allowing the doors to be opened as shown in the video
Silver 925 plated 24K gold.
Turquoise from Arizona,
agate called nan hong (southern red), from Yunnan
Pendant dimension: 70/18mm
The part is also available alone via this link
https://www.etsy.com/fr/listing/796676776/pendentif-autel-bouddhiste-portatif-ghau?ref=listing_published_alert

Kshitigarbha known in China as Dizang Wang or Dizang Pusa (地藏王菩薩), is the savior of the underworld in Buddhism. Its name "Hidden Treasure of the Earth" is the translation of the Sanskrit Ksitigharba, which means "he who conceals the earth".

He was during the Tang Dynasty the main deity of the Sanjie school that contributed to the multiplication of its representations.seriously ill people are invited to read this sutra and pray to this bodhisattva to help them recover. There are many legends from this sutra. Buddha Shakyamuni says that whoever recites the name of Kṣitigarbha a thousand times a day for a thousand days will be protected from accidents and diseases throughout his life by divine beings sent by the bodhisattva.
"OM HA HA HA VISMAYE SVAHA" or "Namo Kshitigarbha bodhisattvāya!"

His cult has therefore developed mainly in China where he is one of the four great bodhisattvas. Like those of Amituofo and Guan Yin, it is centered around the function of spiritual deliverance that is attributed to it. Nevertheless, while the previous two are interested in the six categories of creatures without distinction, Dizangwang's specialty is the rescue of souls from hell.

In some temples, photos of the deceased or tablets bearing the names of the deceased are placed around his portrait or statue so that he can save them. In Japan, Jizō is especially solicited by women who have had a miscarriage or had an abortion, and placed at crossroads and cemeteries to free wandering spirits.
This Bodhisattva and his Sutra have great importance and are the object of great veneration in East Asia in the Buddhism of the Great Vehicle

Apart from his help to souls in pain, he occasionally performs the function of a purveyor of wealth by virtue of the pearl he holds in his hand on tantric representations and his name, which sometimes appears on lottery tickets, in Hong Kong for example.