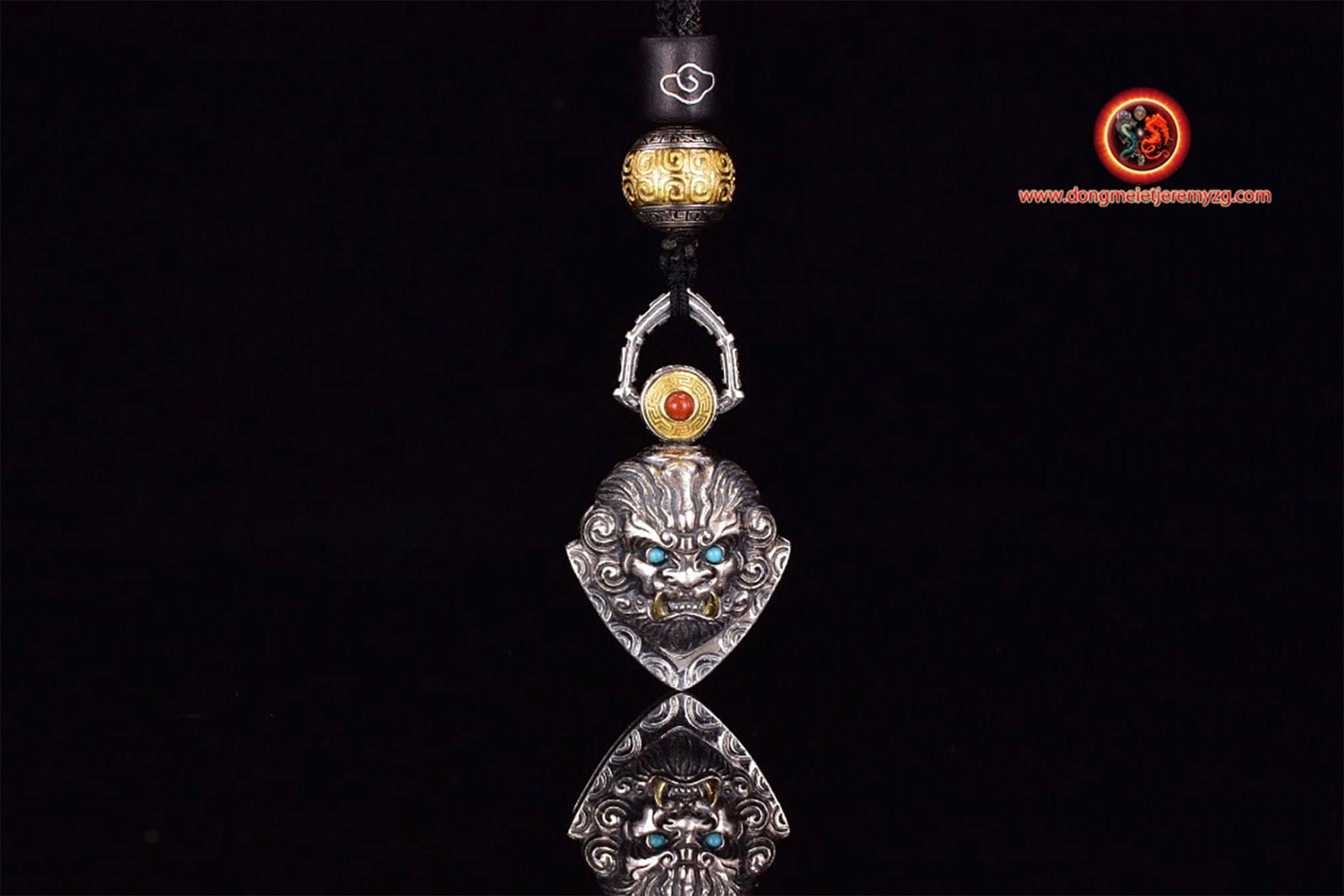 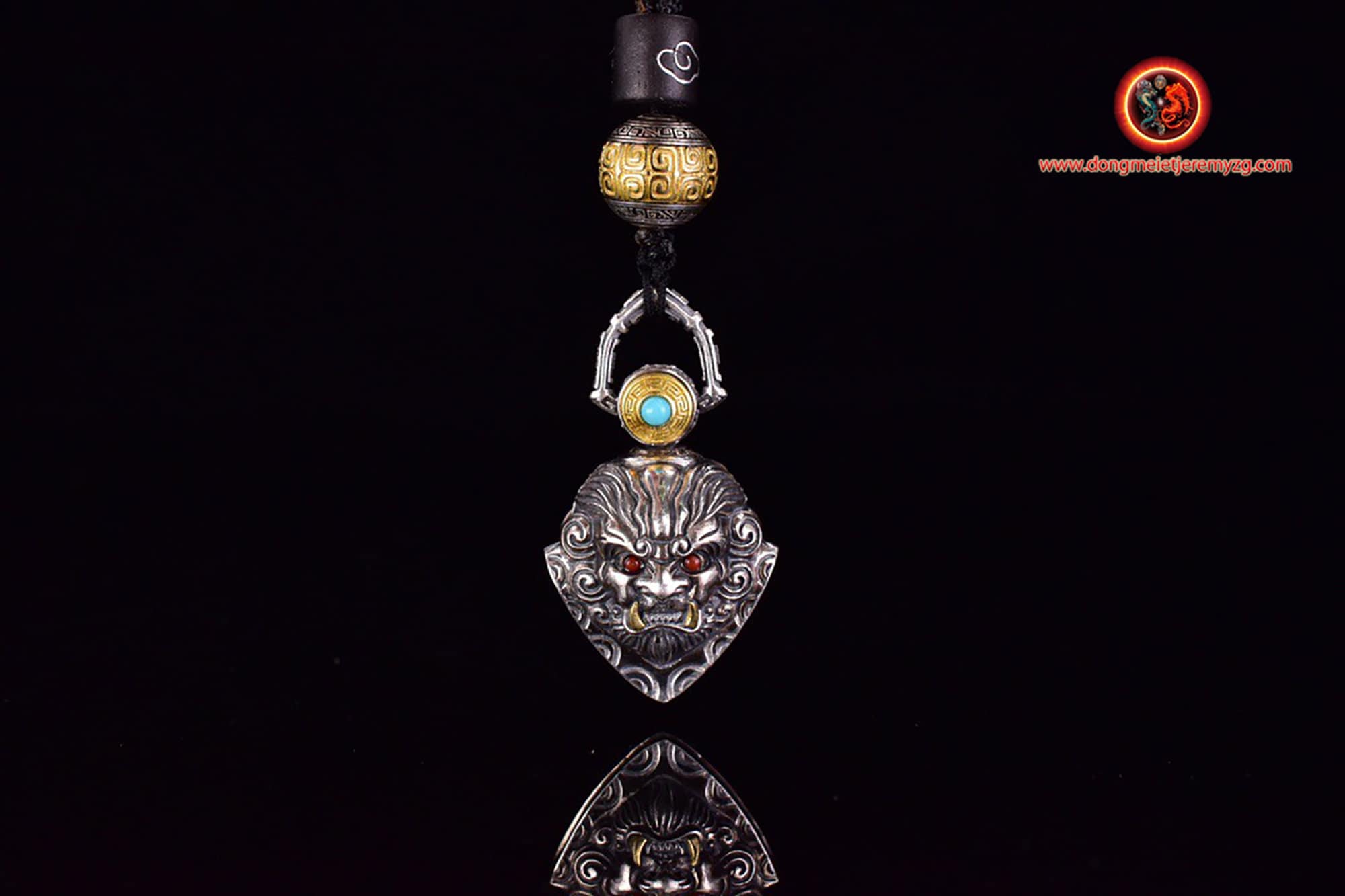 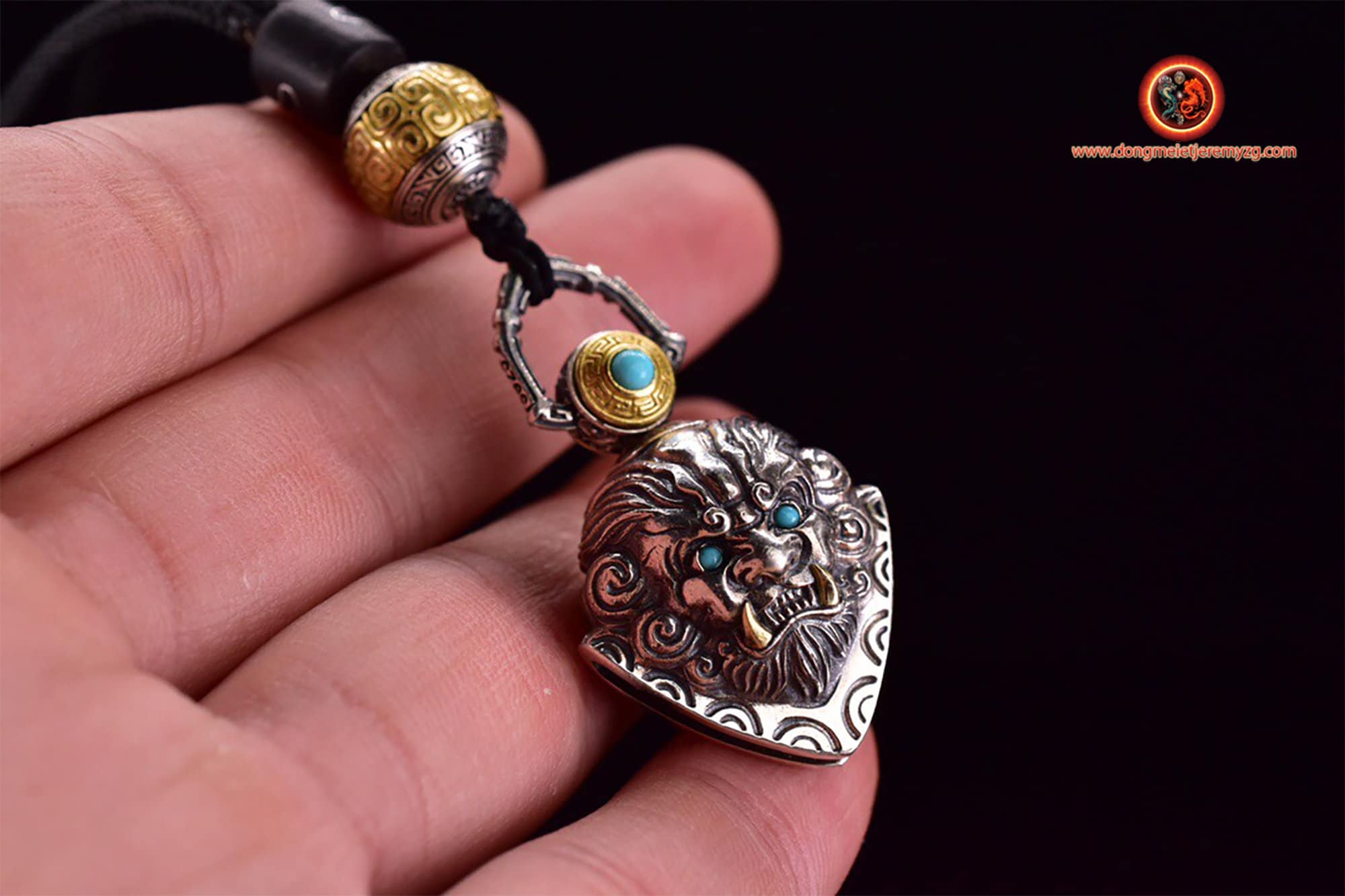 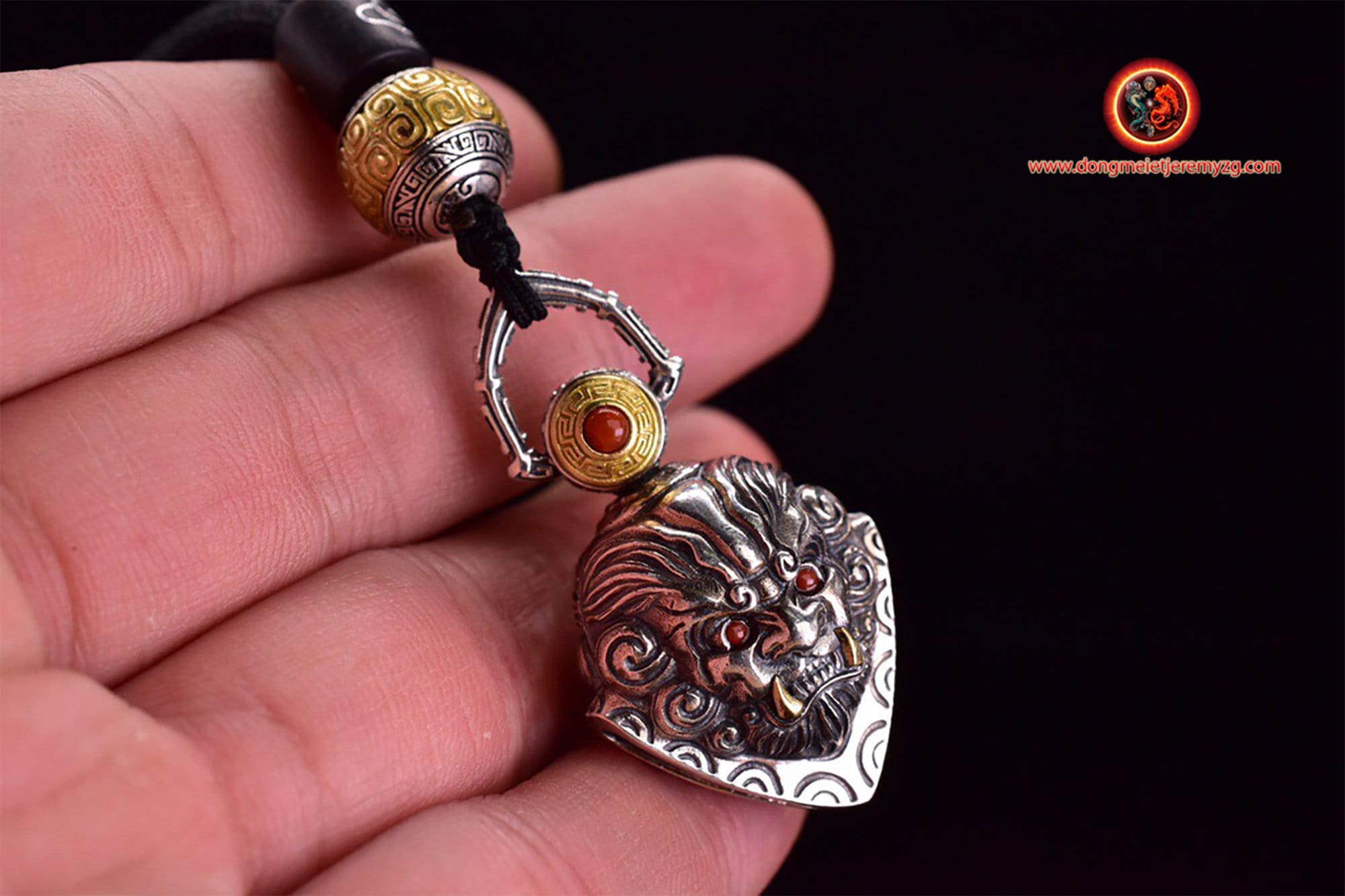 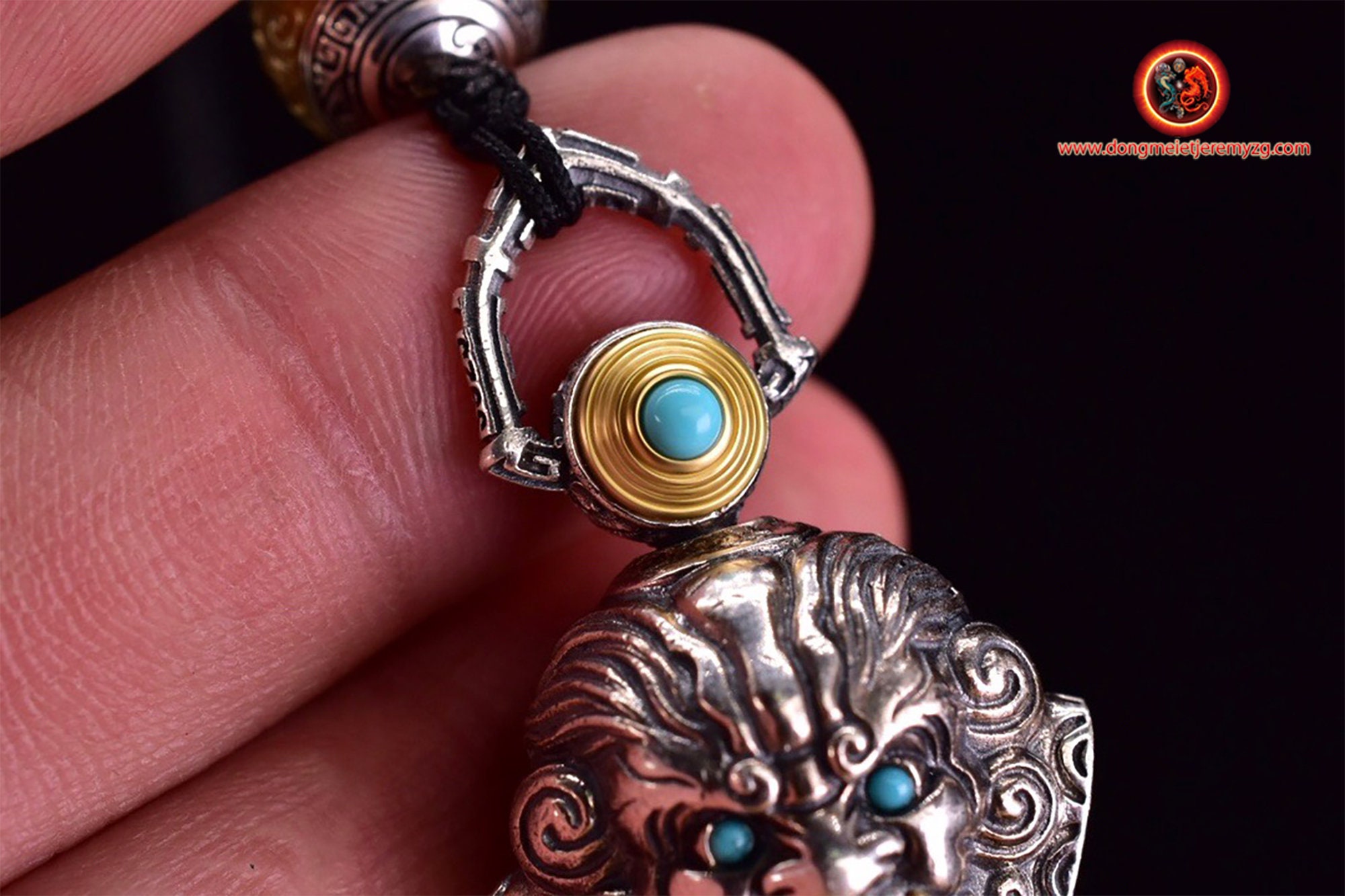 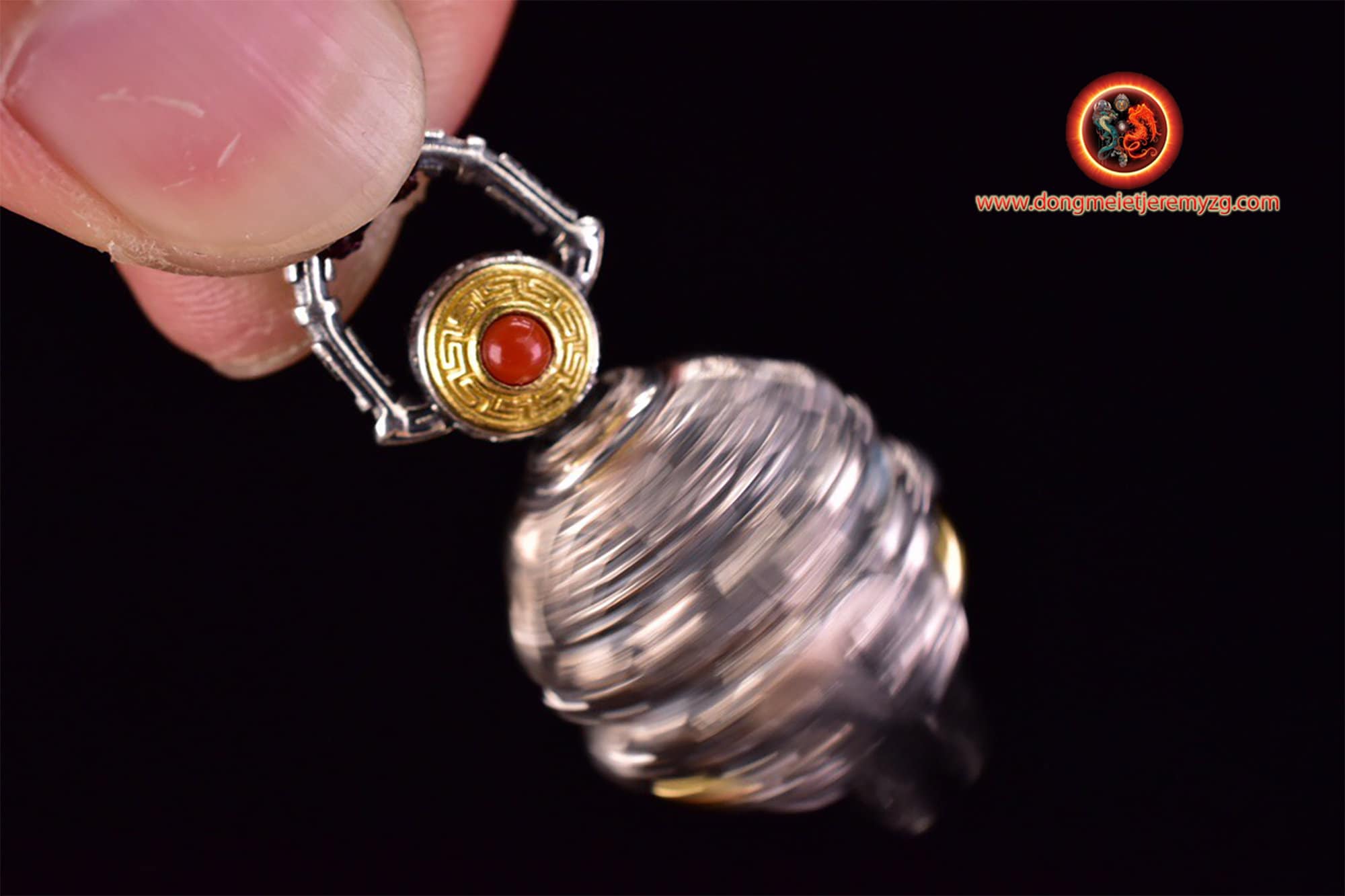 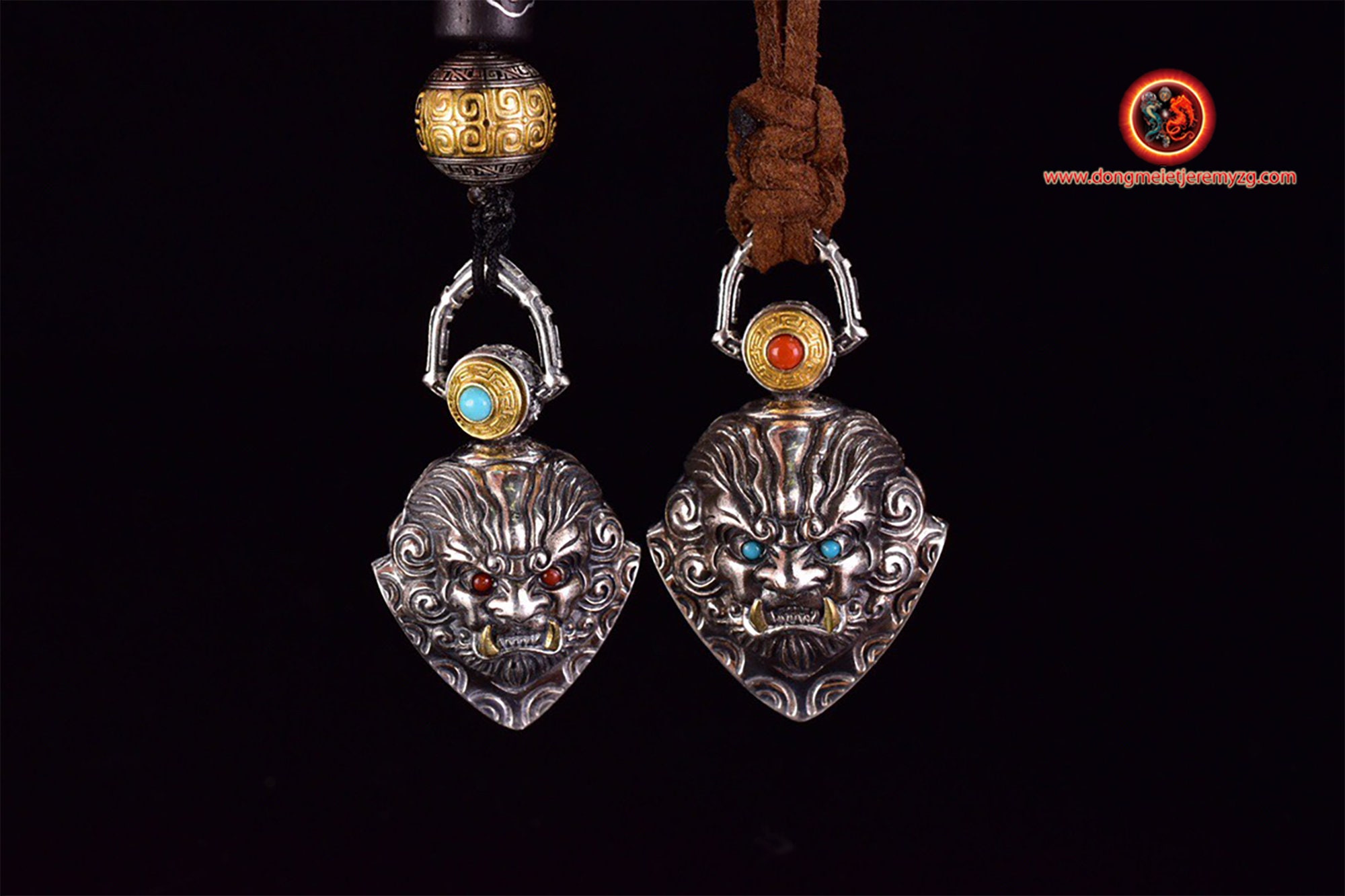 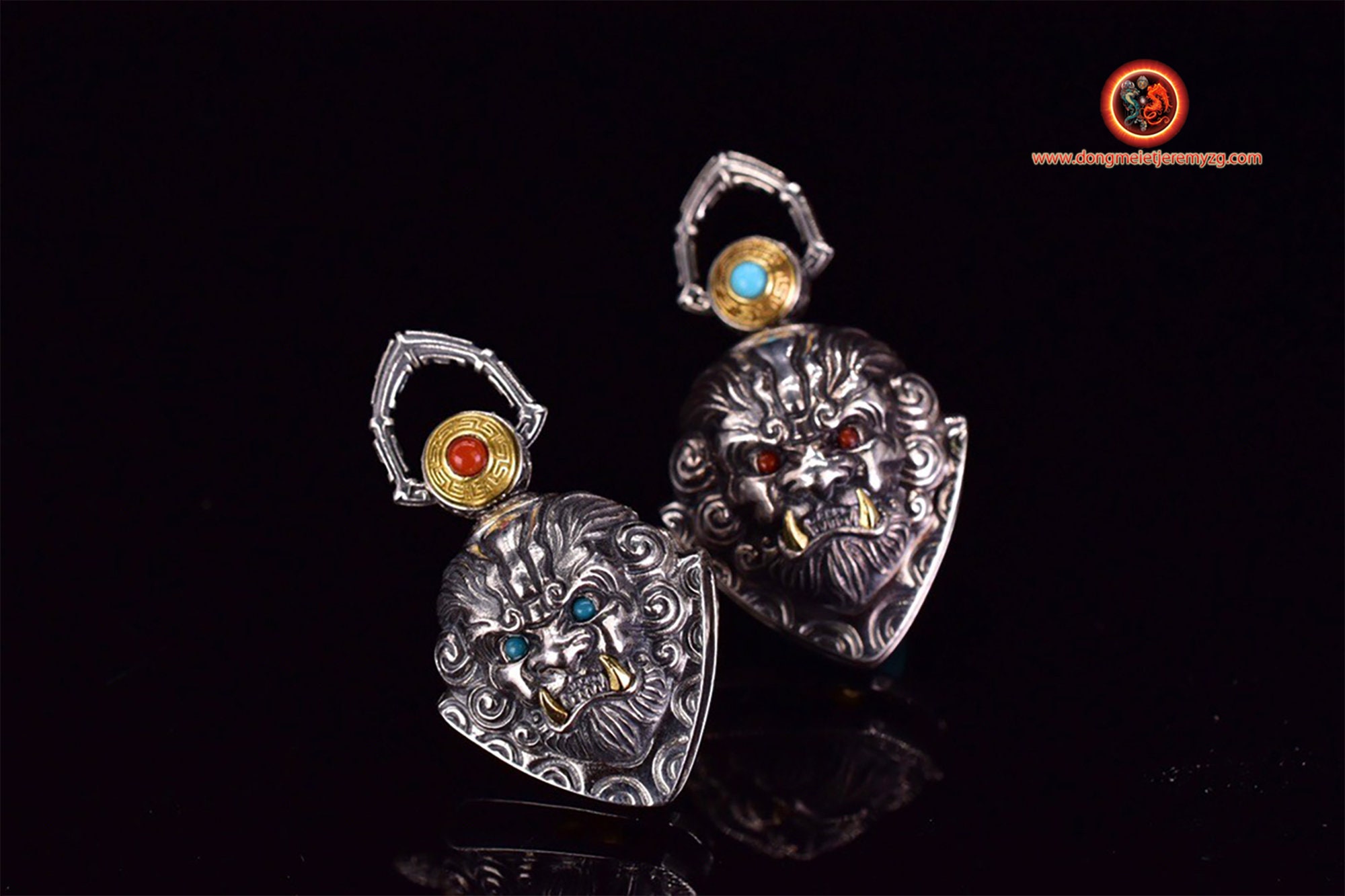 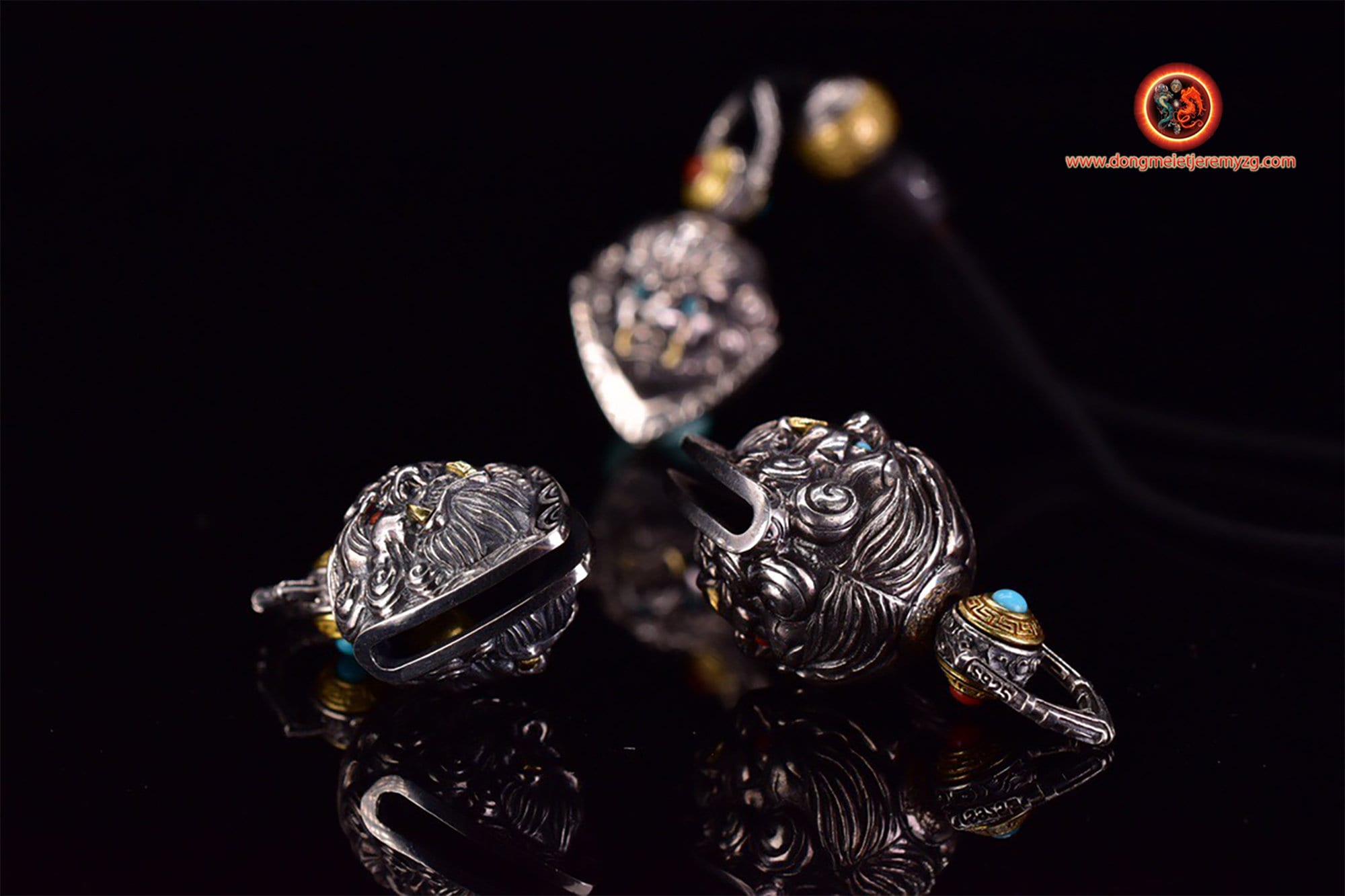 agate nan hong (southern red) of Yunnan, Baoshan deposit. This exceptional agate is due to its cinabre content.


The ringing of the bell will warn of evil fate and evil eye.

These bells are rotating, pendants and wheel at the top of the structure thanks to a high precision German ball bearing system.

Kirin-shaped grelot.
The qilin, qulon, kilin, kirin or kỳ ln is a fabulous composite animal from Chinese mythology with several appearances. It usually holds a bit of deer and horse, has a coat, scales or both, and a pair of horns or a unique horn similar to that of the deer. A cosmogonic creature and king of furry animals, it resides only in peaceful places or in the vicinity of a sage, discovering one is always a good omen. He is also given the power to bring in a talented son who will do great things. It appears in texts (but not always in representations) with a single horn, and it is often called unicorn in Western languages.
the oldest appearance of a qilin in China is thought to date back to -2697; it is mentioned in the Bamboo Annals.
e qilin is thought to have been born from the conjunction of two stars or a cross between a cow and a dragon. The qilin is, like the dragon and the Chinese phoenix, a mythical and composite animal probably from the high antiquity, but its myth has survived much less well than those of the two previous animals. The myths about the Qilin seem to have different symbols from each other since the Chinese unicorn is both a cosmogonic animal, a symbol of the triumph of justice, the mount of the Count of the Winds (who rode a black unicorn) and an omen of the birth of boys promised a great future. In modern times, it is associated with all beneficial manifestations: longevity, greatness, bliss, wise administration, the era of peace and benevolent but firm justice.


Everything about our activities and mining fairs where we exhibit.
https://www.facebook.com/pages/Dongmei-Jeremy-Zhang-Guelle/103104533147394?ref=hl