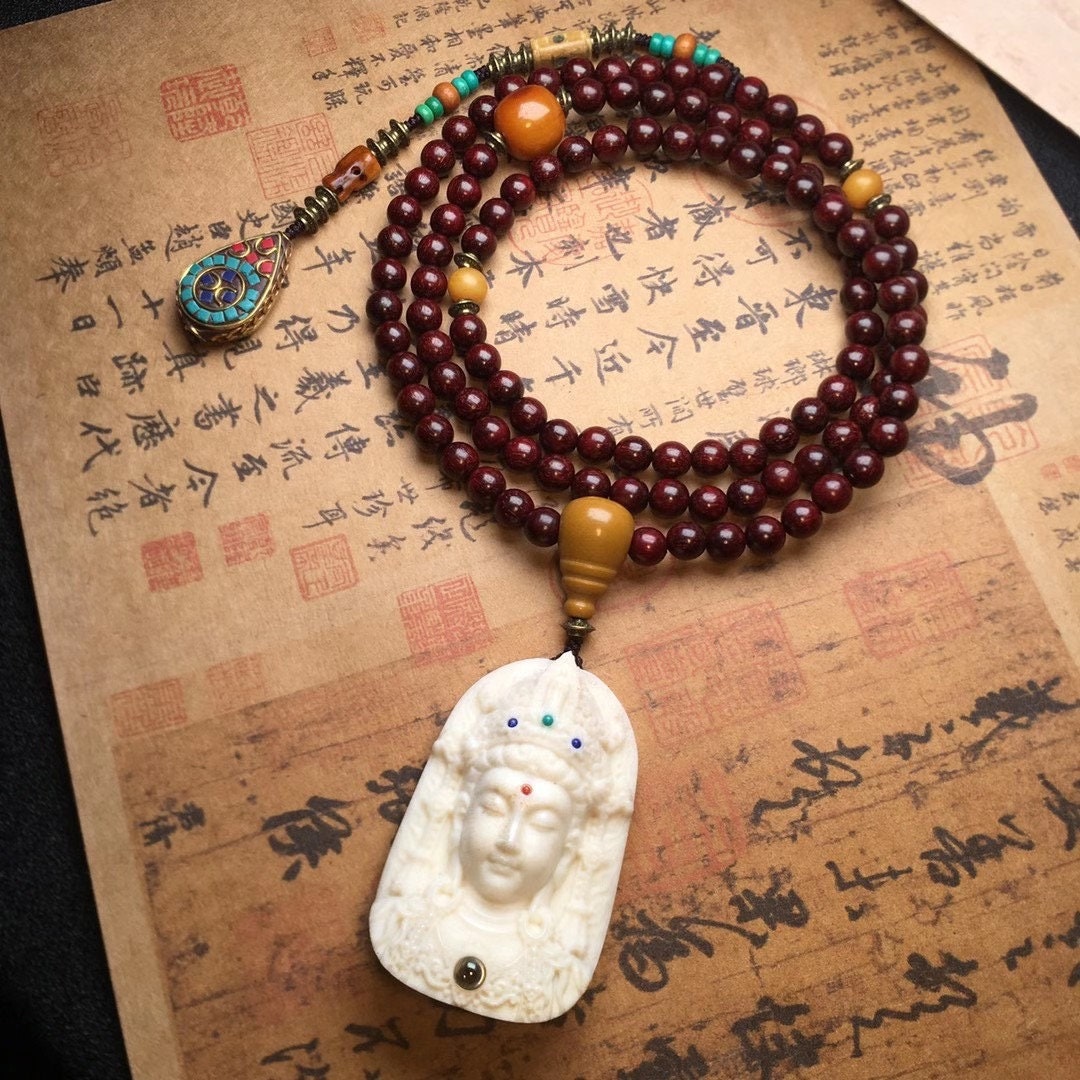 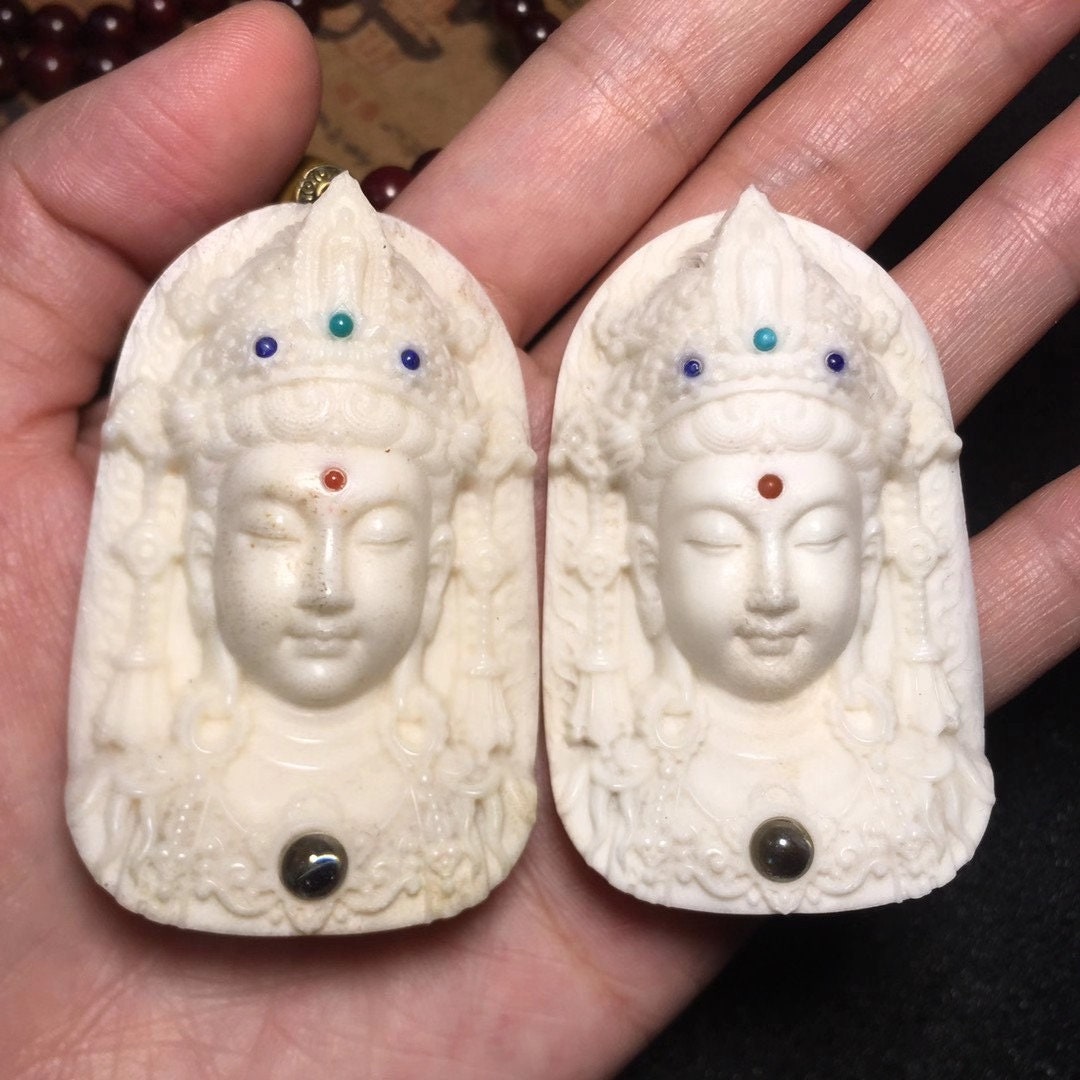 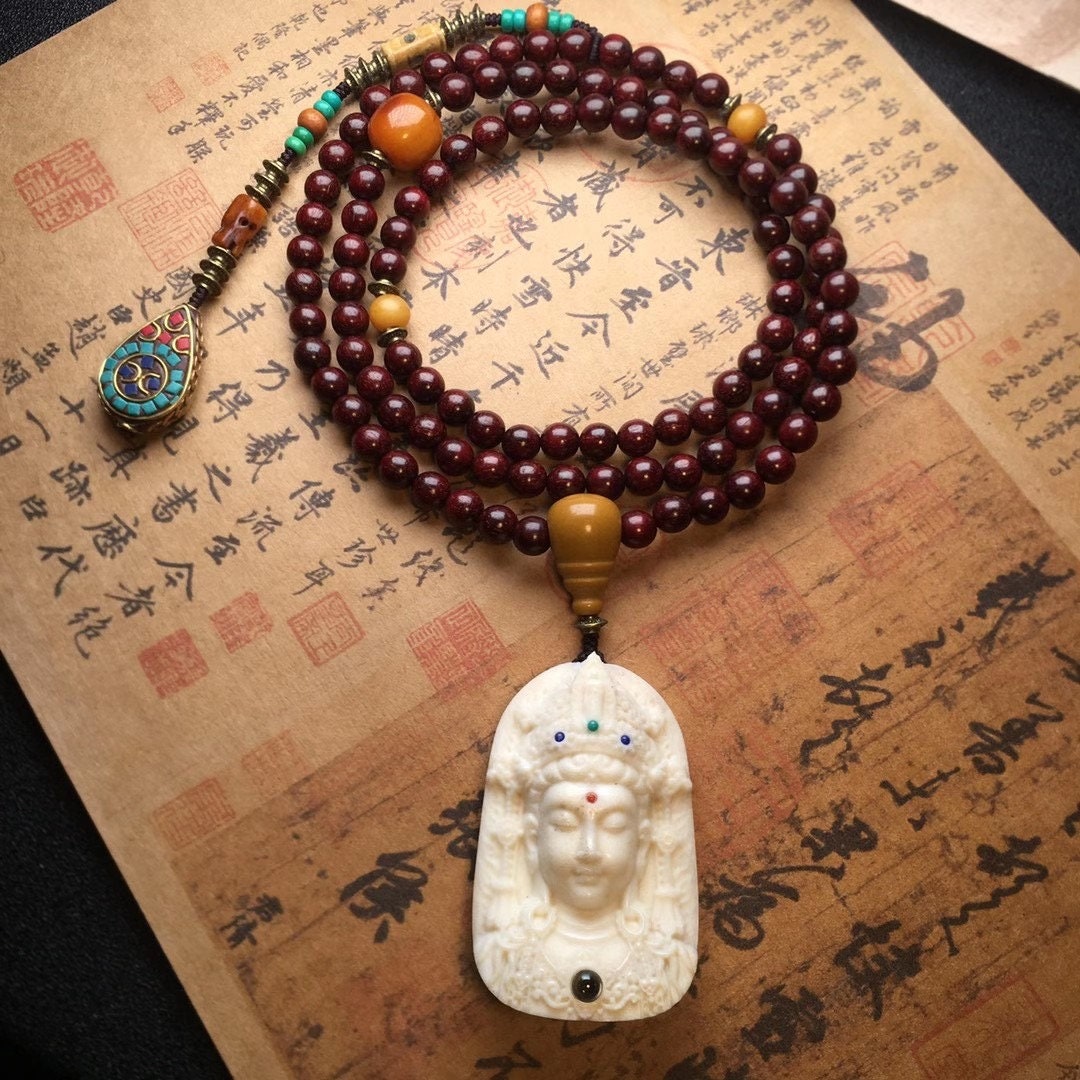 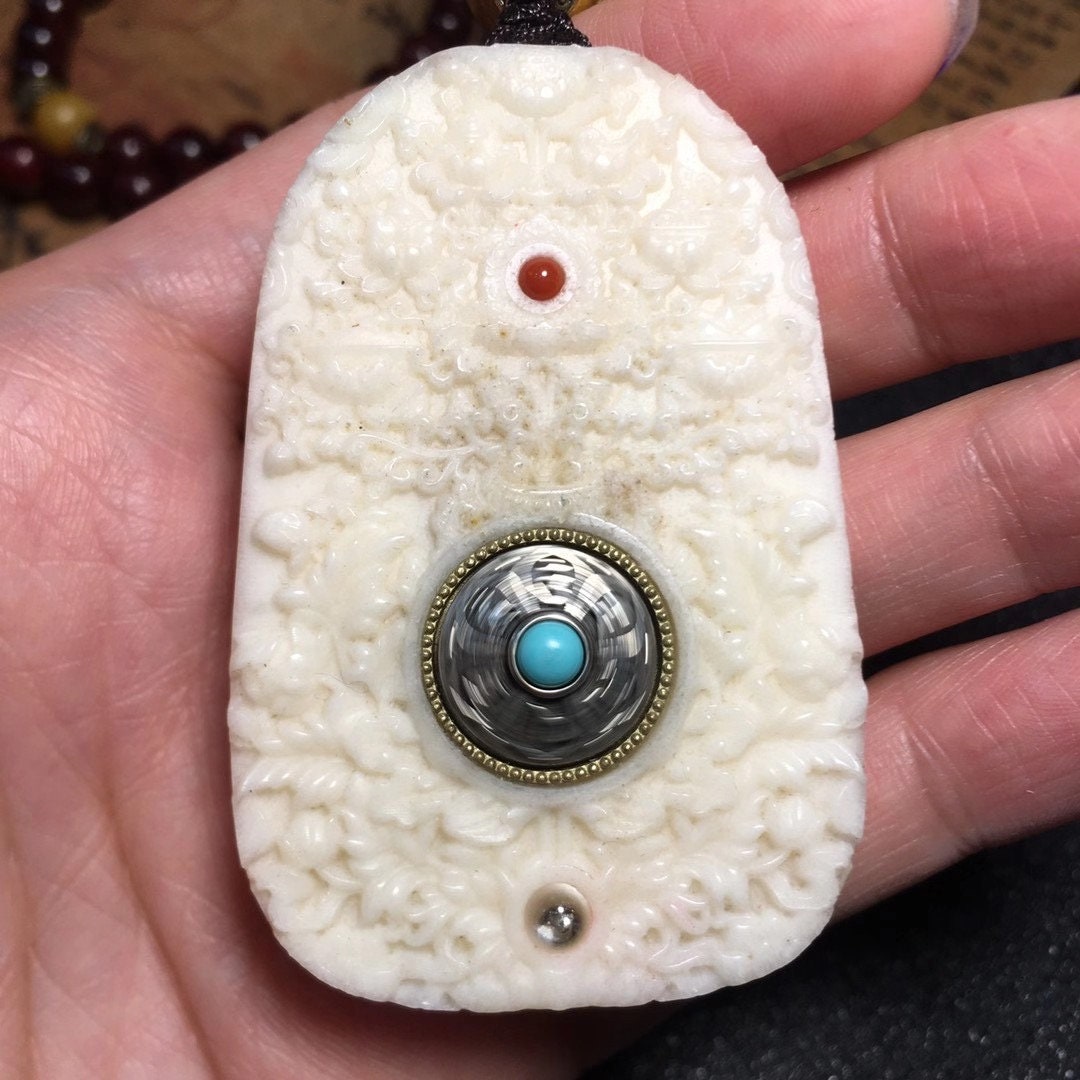 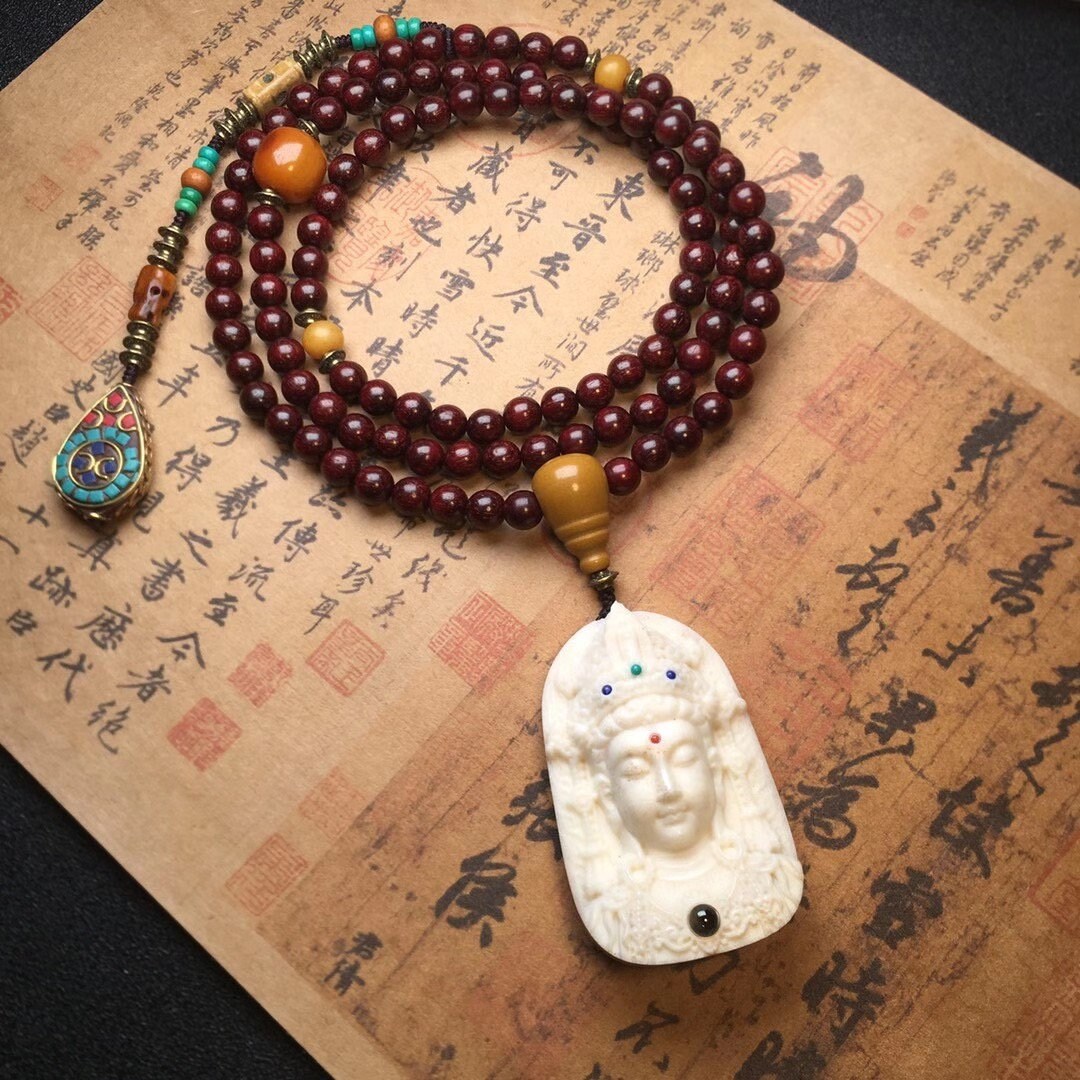 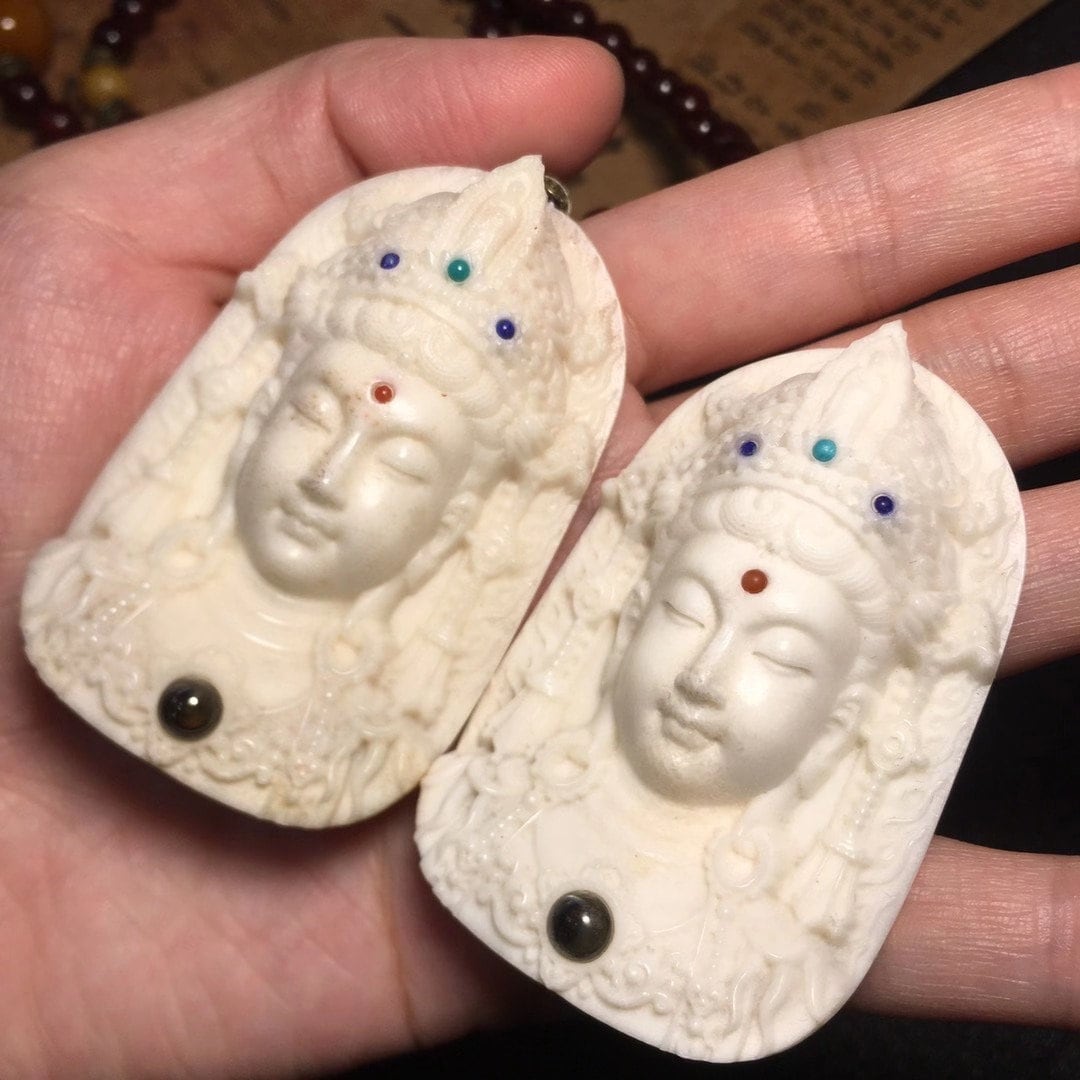 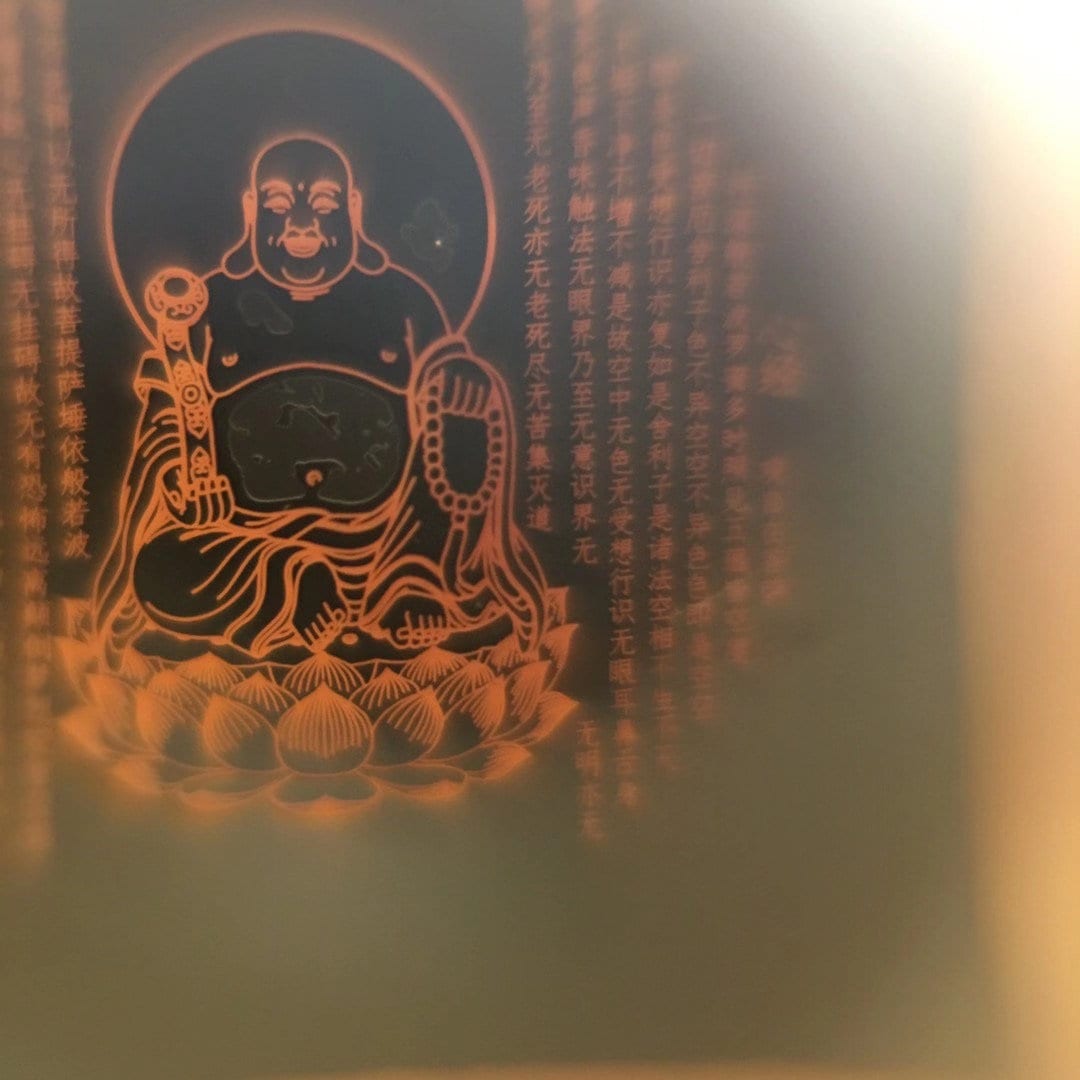 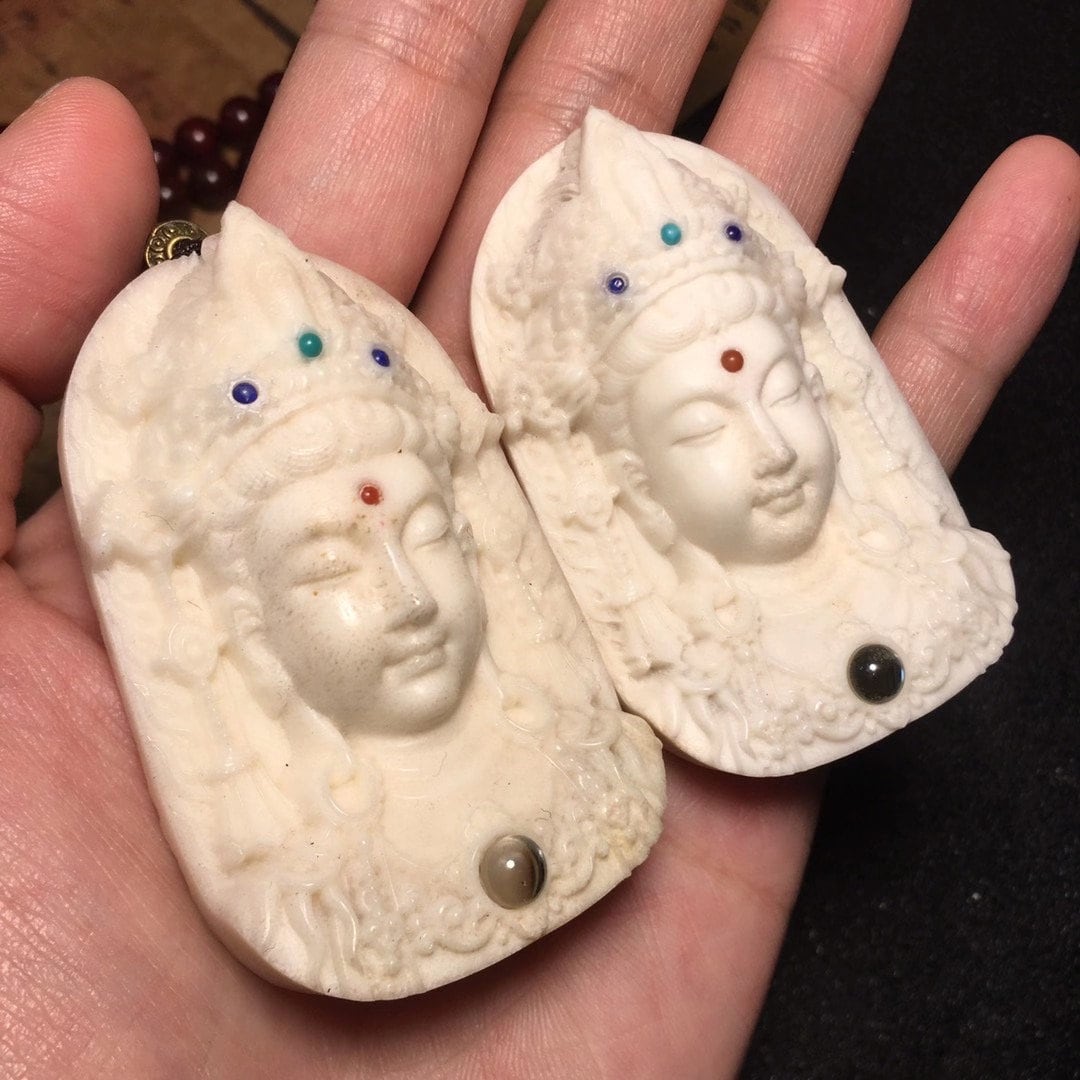 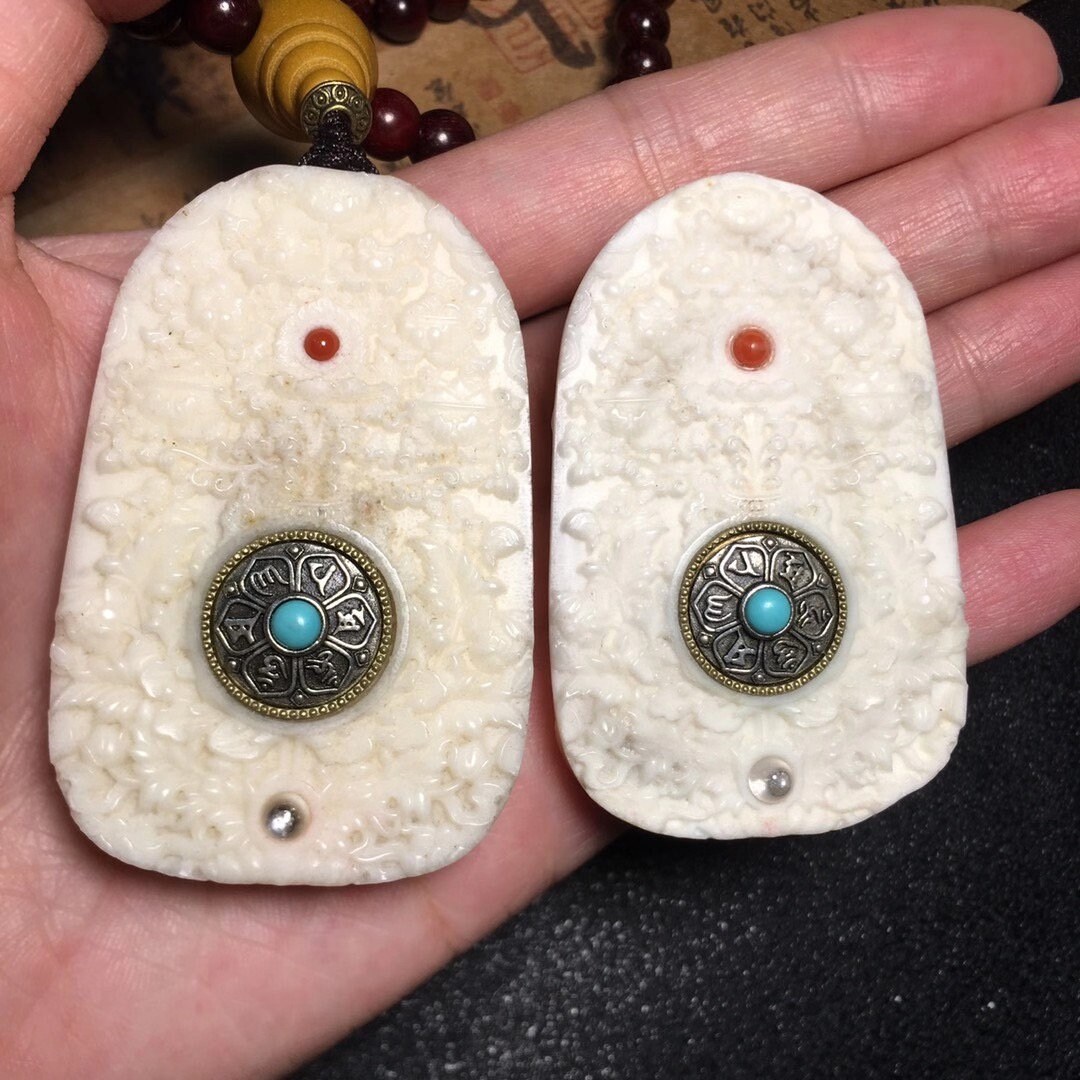 108 red sandalwood beads of 6mm in diameter.
This red sandalwood, from India, much rarer than white sandalwood has no characteristic smell and is part of the very precious woods.
In Buddhism, sandalwood is one of the Padma (lotus) and corresponds to the Amitabha Buddha, plus the element of this Buddha is fire and its color, red. Sandalwood is considered capable of transforming desires and retaining the attention of a person practicing meditation.
Sandalwood is one of the main constituents of incense made in China, Taiwan, Japan, Vietnam, Korea, and is intended to be lit in temples or during worship. It is also widely used in India for these same applications.

Compassionate bodhisattva pendant of horn compassion from deer antlers. Our antlers are harvested once a year in the season when deer naturally lose them
Mantra turning "om mani padme hum" on the back of the pendant, set with a turquoise "sleeping beauty" from Arizona.
the heart sutra is also inscribed in nano script visible by a magnifying glass effect as shown in our video

Agate nan hong (southern red) of Yunnan, site of Baoshan, this agate owes its color to the presence of cinabre.