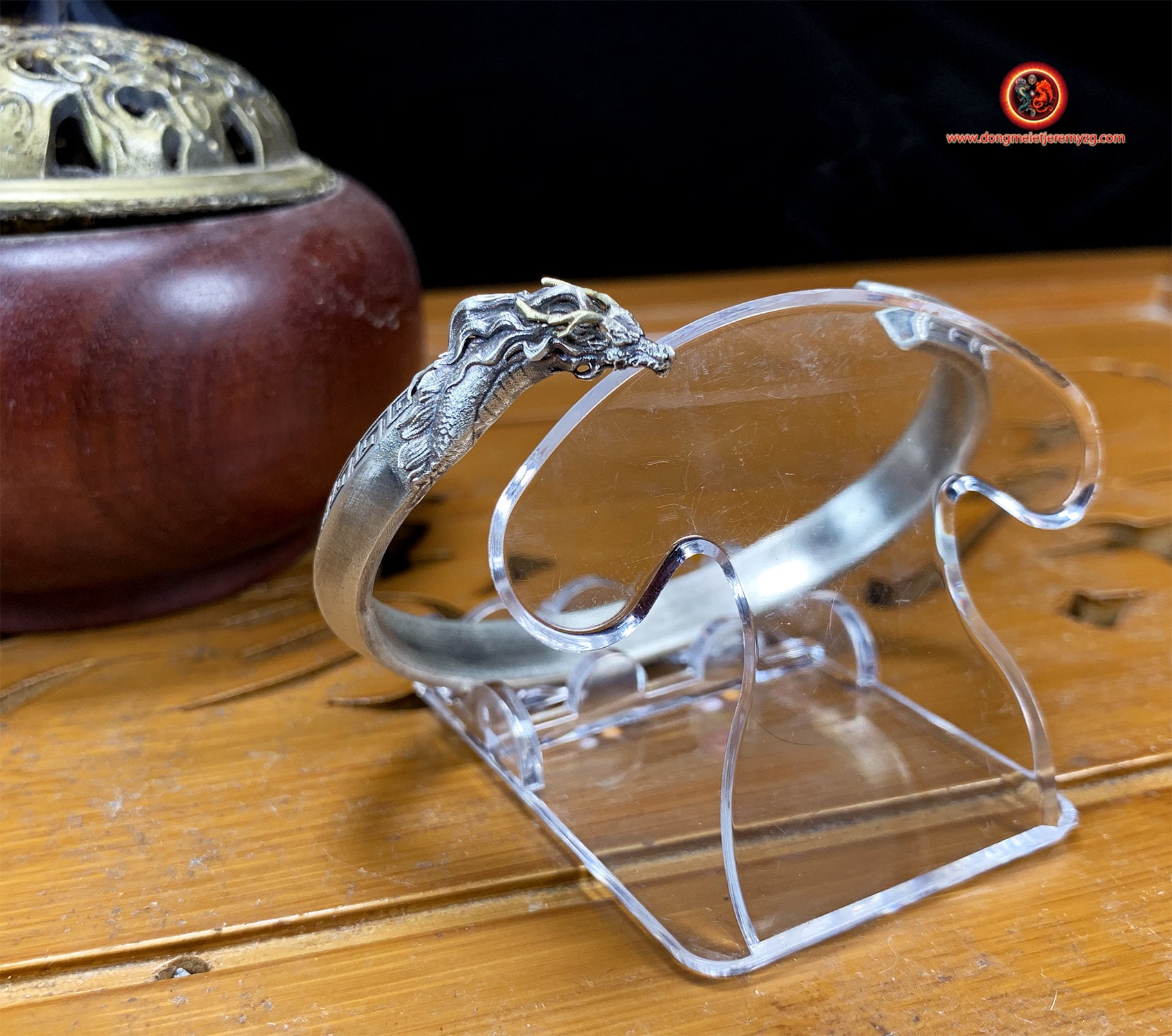 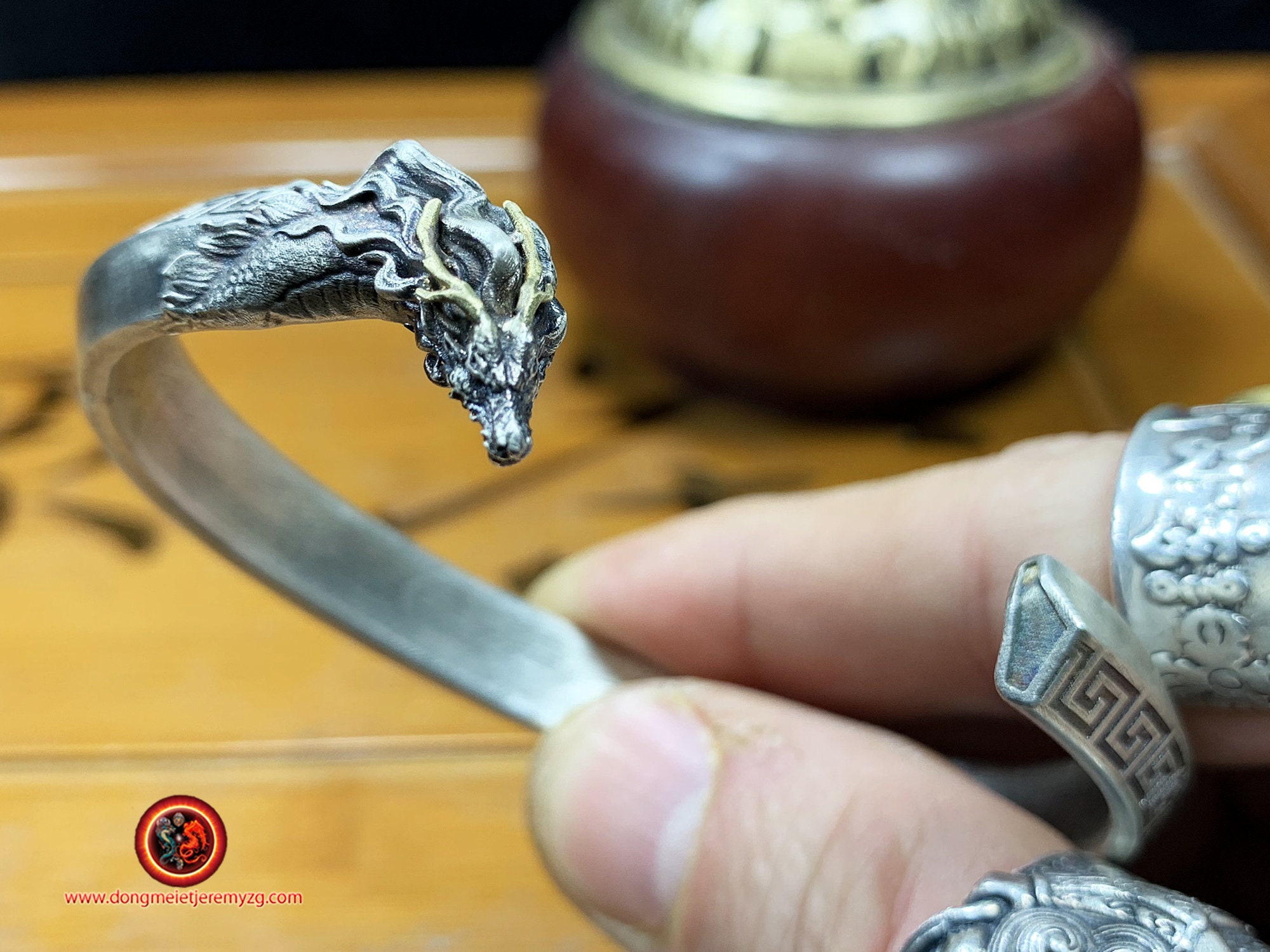 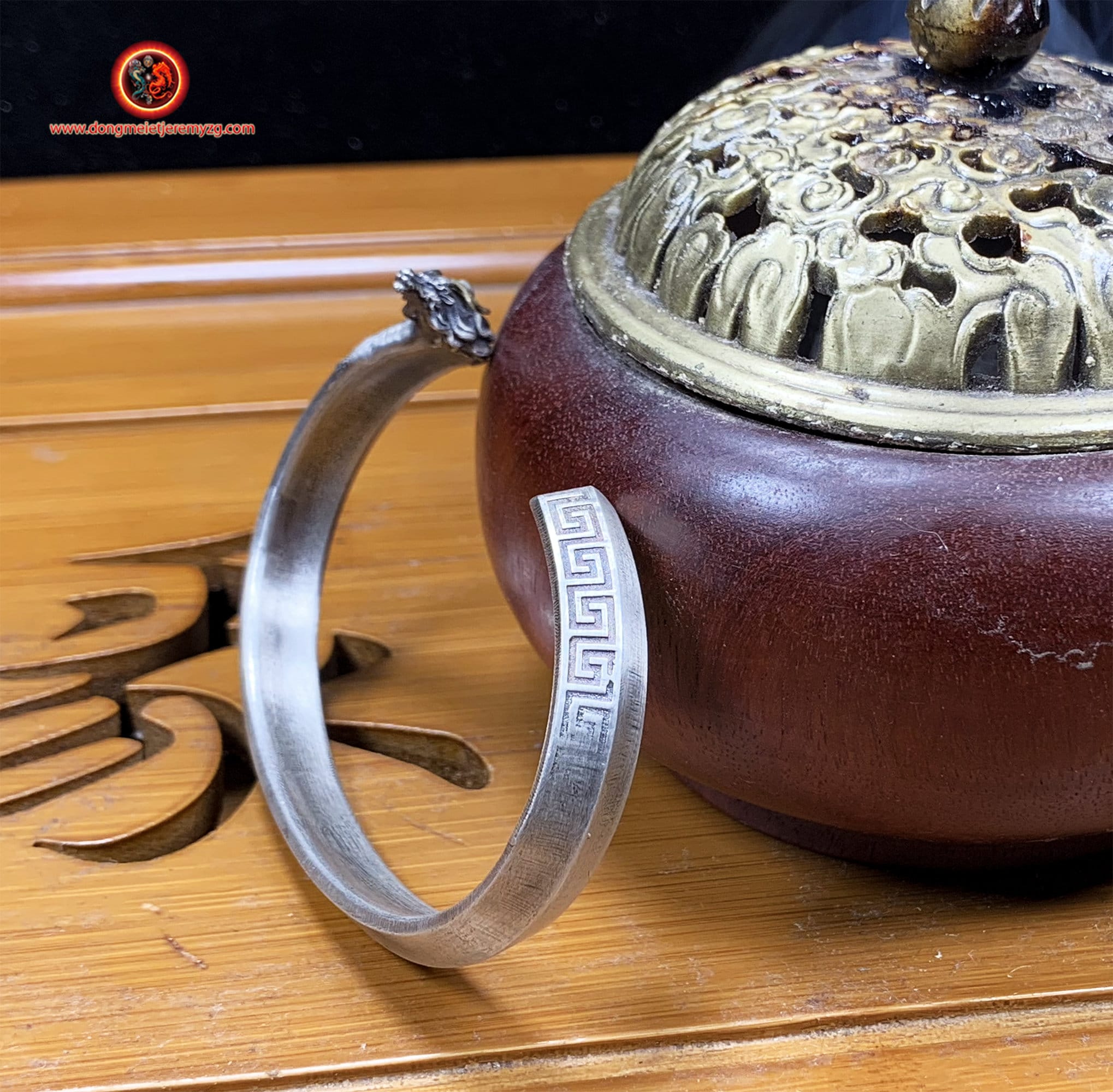 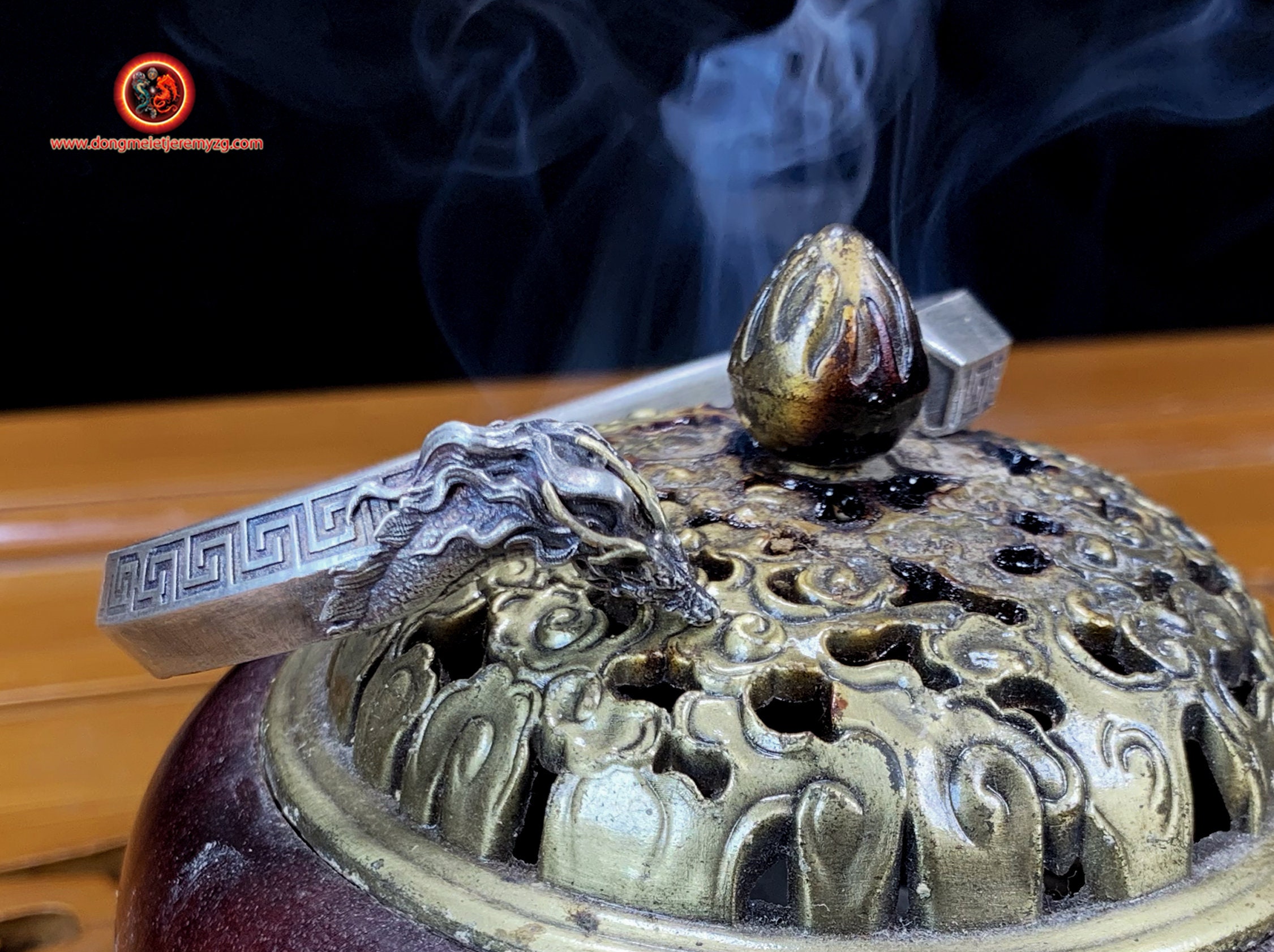 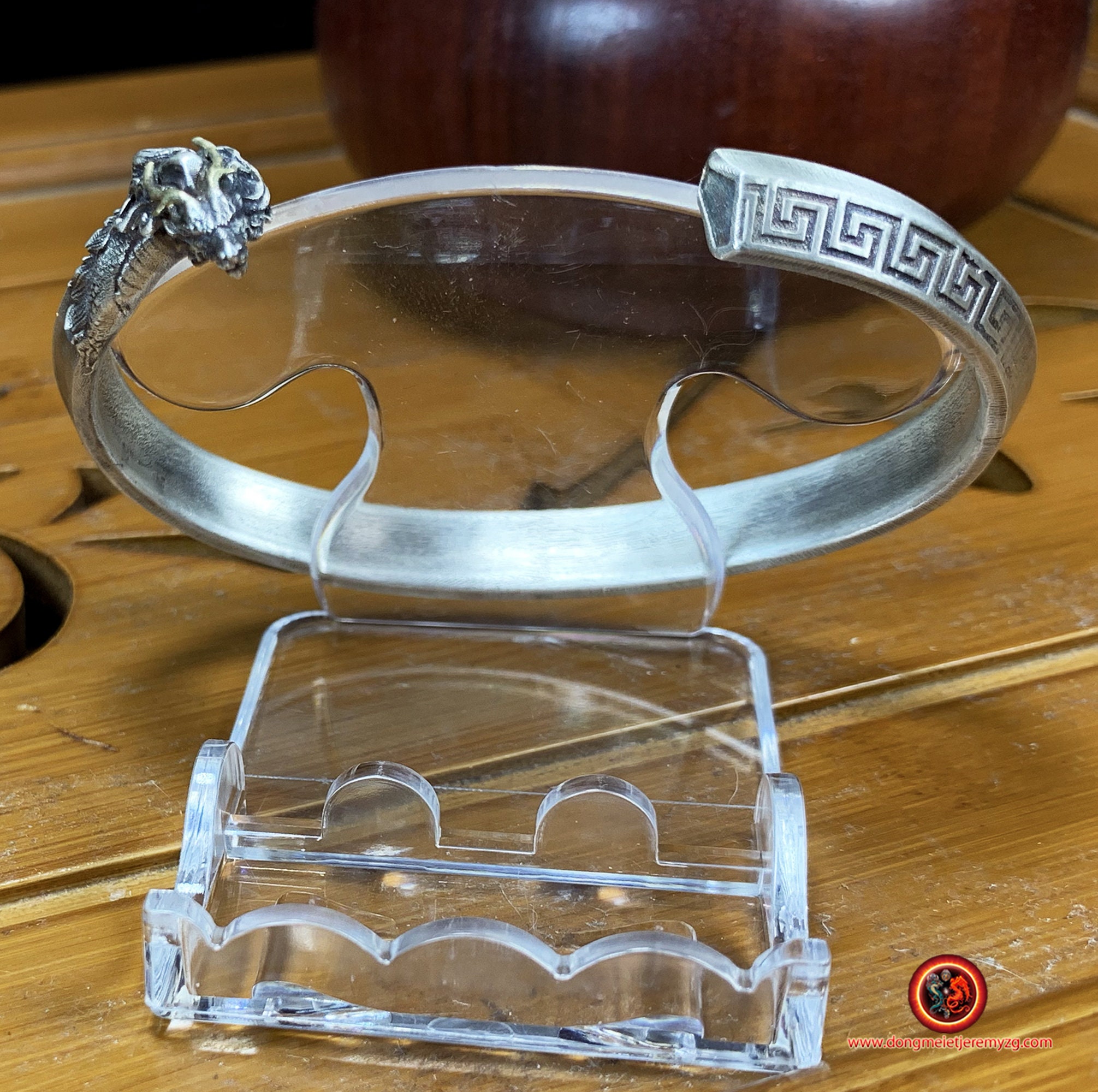 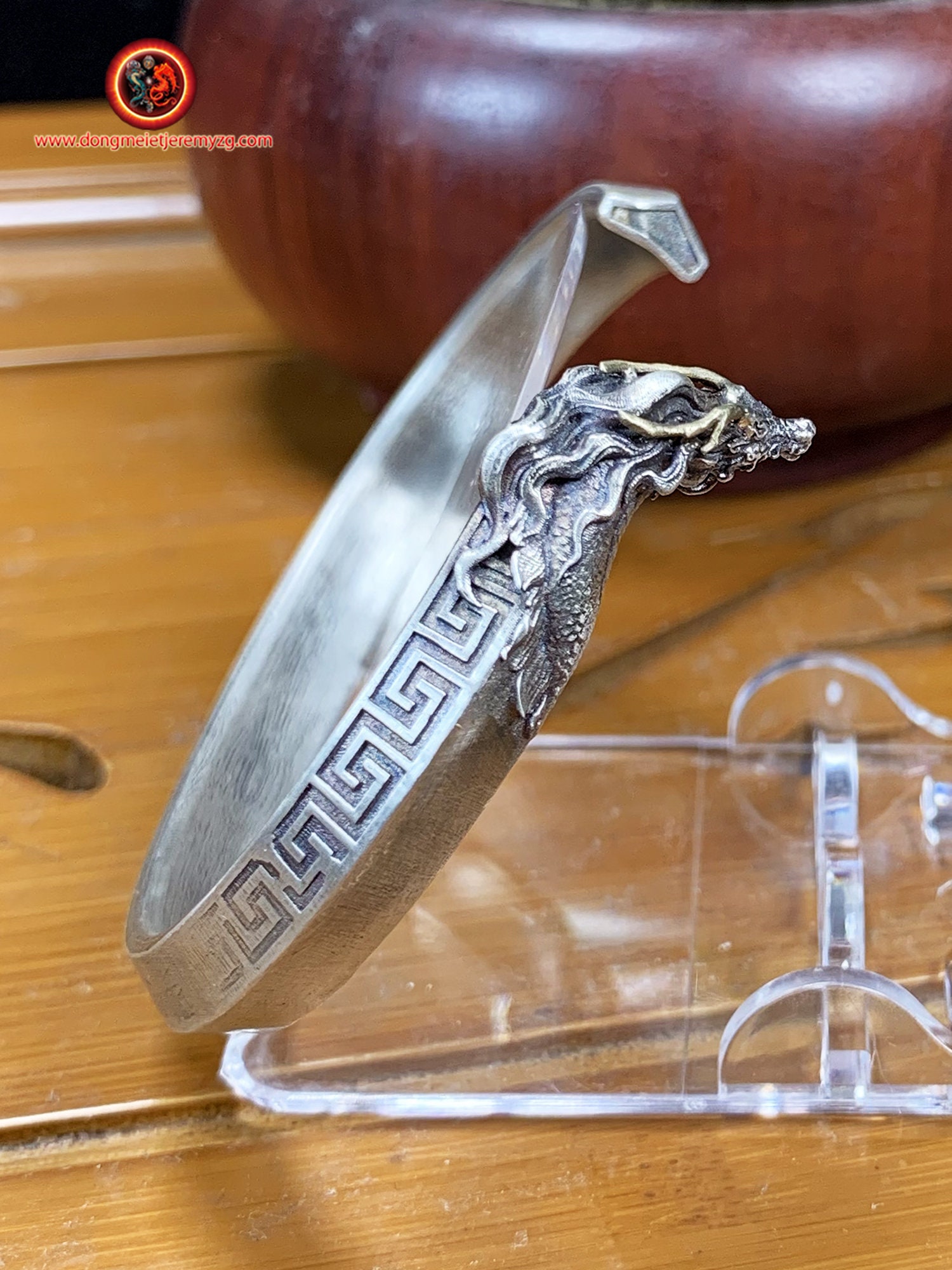 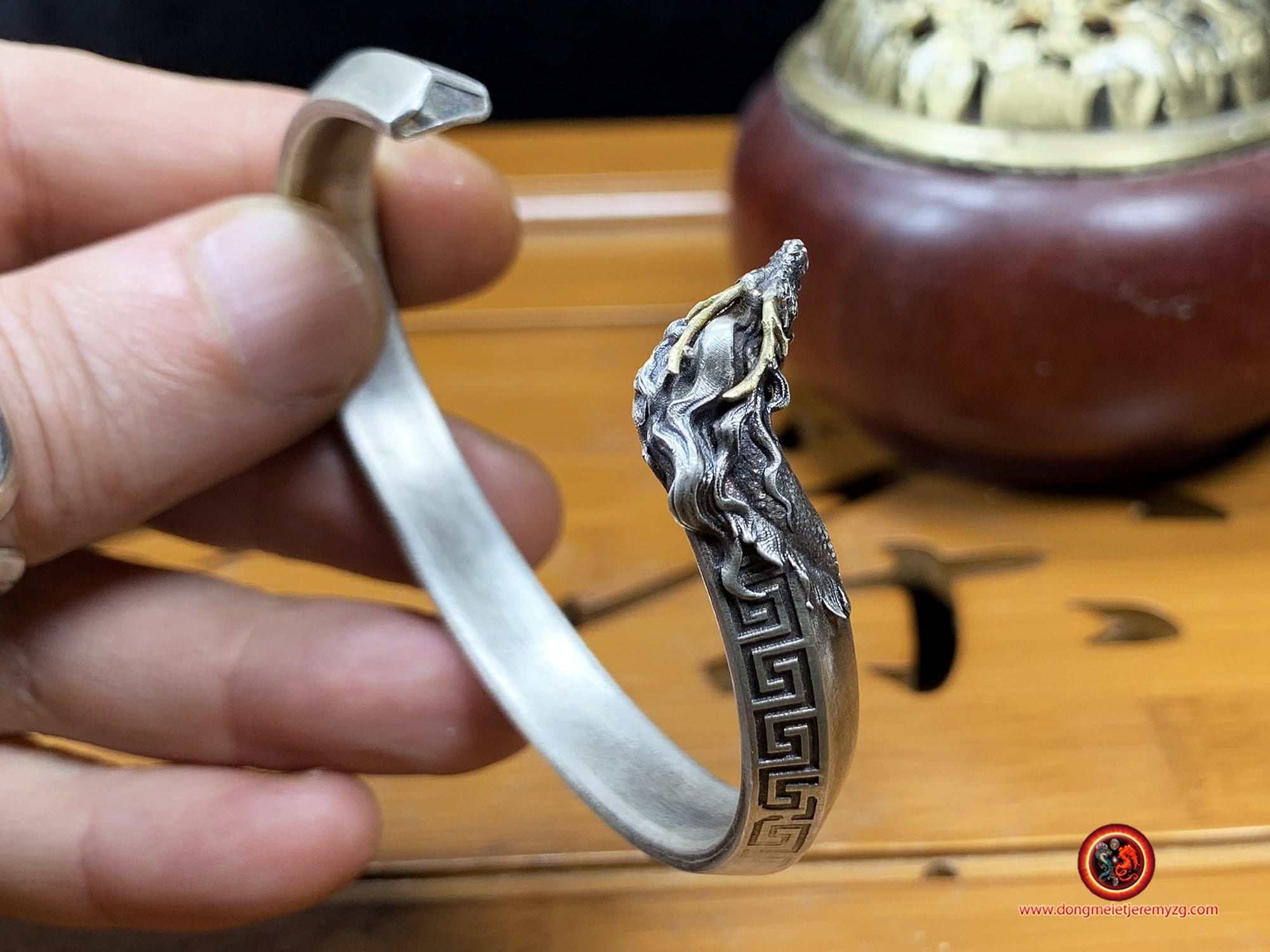 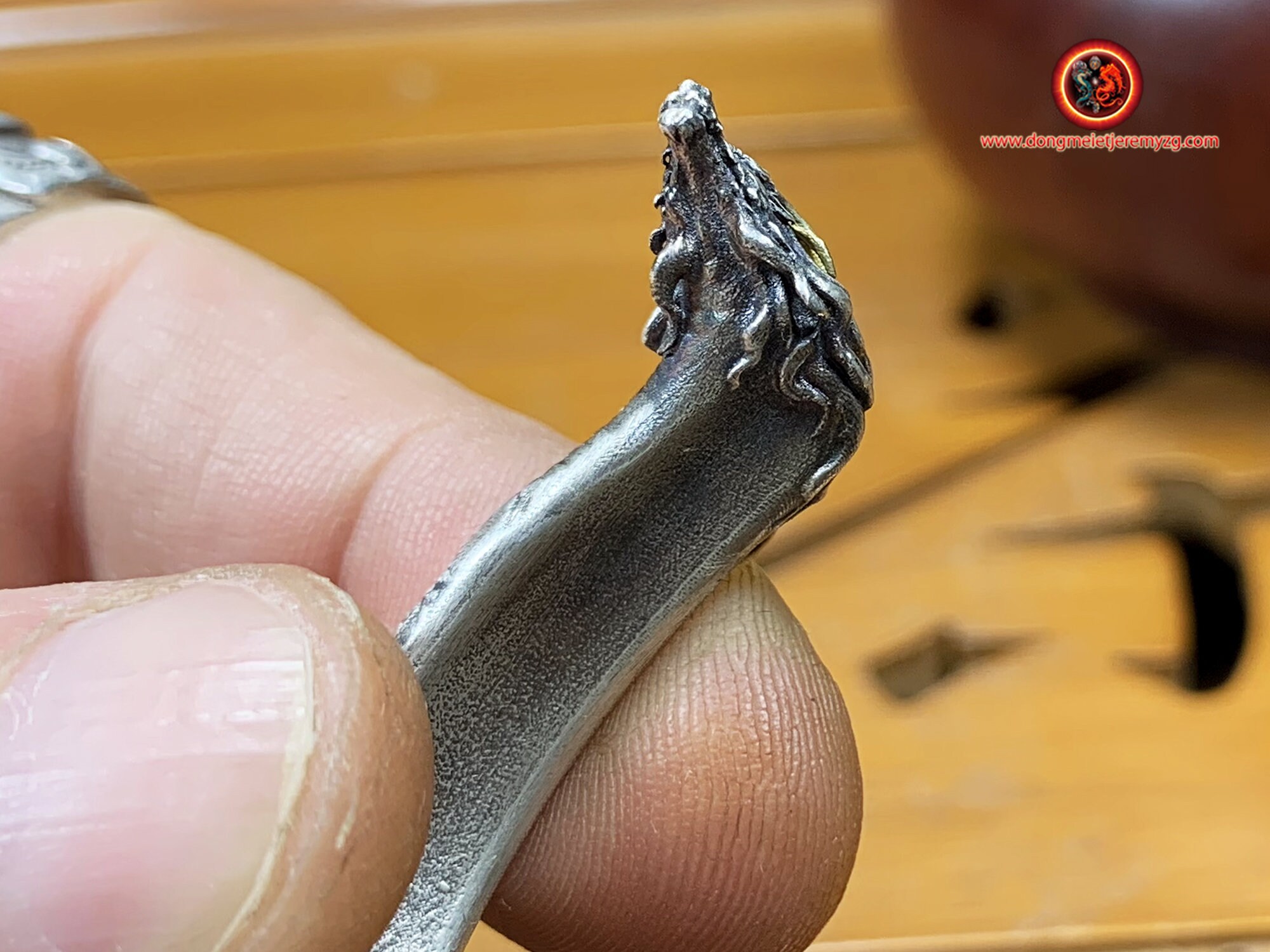 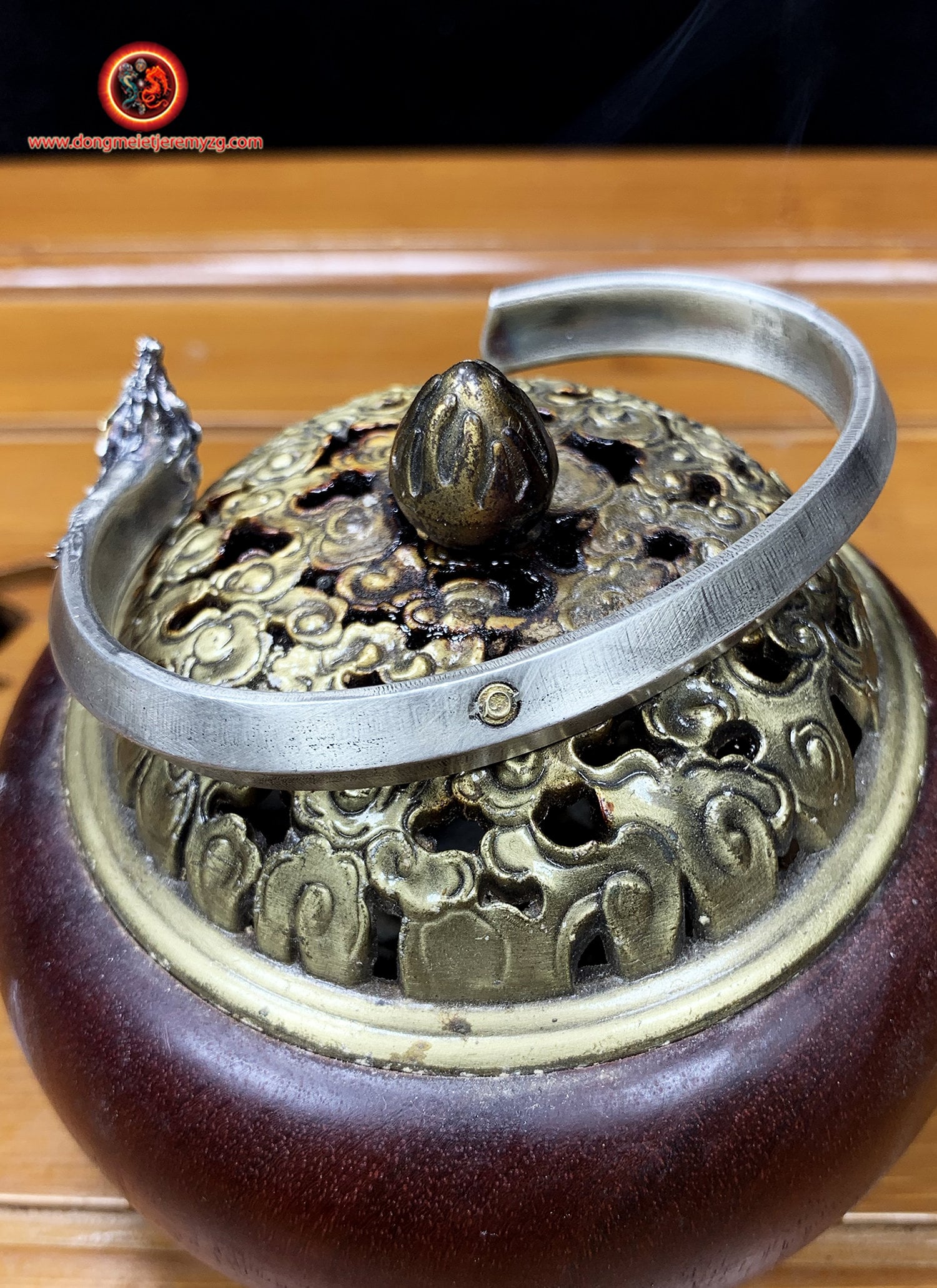 Long video of the bracelet available via this link
https://www.facebook.com/dongmeietjeremyzhangguelle/videos/678393486158179

Tianlong, the celestial dragon.
Dragon flying divine in Chinese mythology, it and is considered a star in astronomy and astrology, the 3rd star of Fangxiu corresponding to the western constellation of Scorpio .
4th of the twenty-eight homes of the Dragon Azur, which is one of the four celestial symbols.

True to the meaning of his name, Tianlong is a divine dragon who spends his entire life in heaven. Its purpose is to keep the palaces of the gods as well as their treasures.
It symbolizes the elevation to a higher state

For Buddhists of Chinese and Extreme Eastern currents, Tianlong means either "heavenly Nagas," as the first of four classes of Naga in the Mahayana tradition, or "Devas (heavenly gods)"."

The celestial Nagas, keeping the heavenly palace and carrying it.
The divine Nagas, causing the clouds to rise and rain to fall.
Land-based nagas draining rivers (remove obstructions) and open locks.
Nagas under land guarding the treasures of the "Cakravartin" and blessing humanity.

Tianlong Babu is also the title of a 1963 novel by Jin Yong , translated into English Demi-Gods and Semi-Devils .