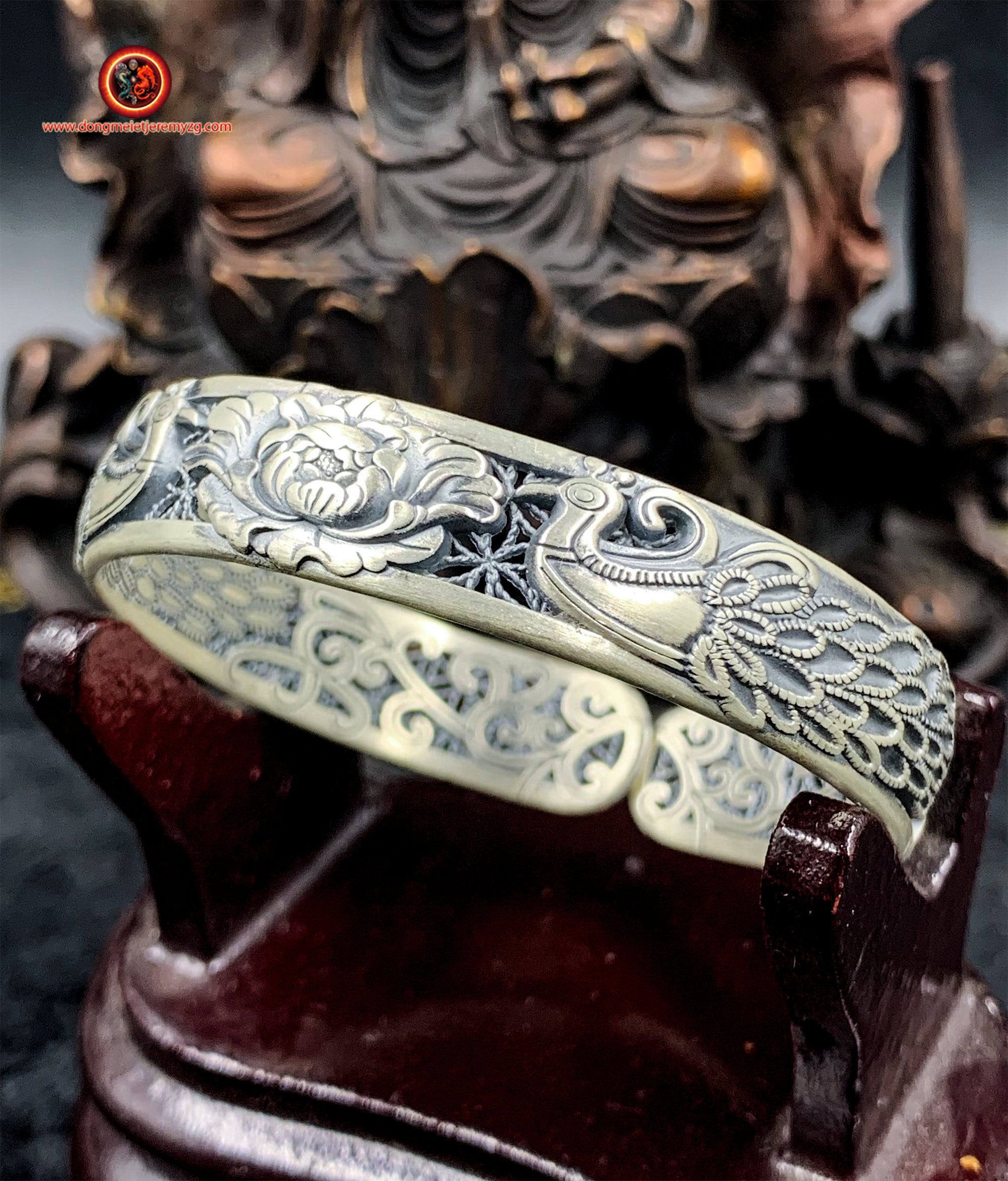 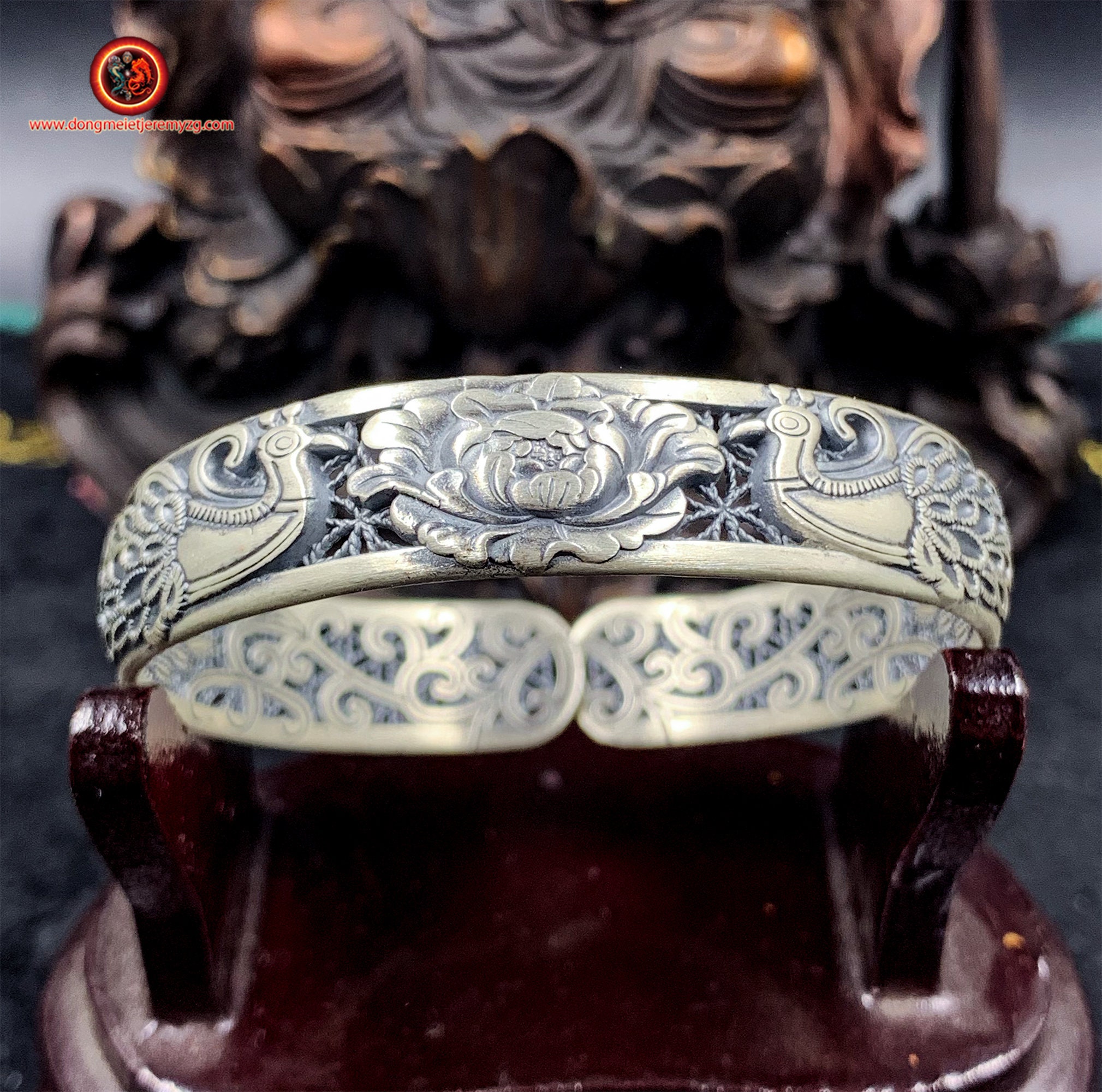 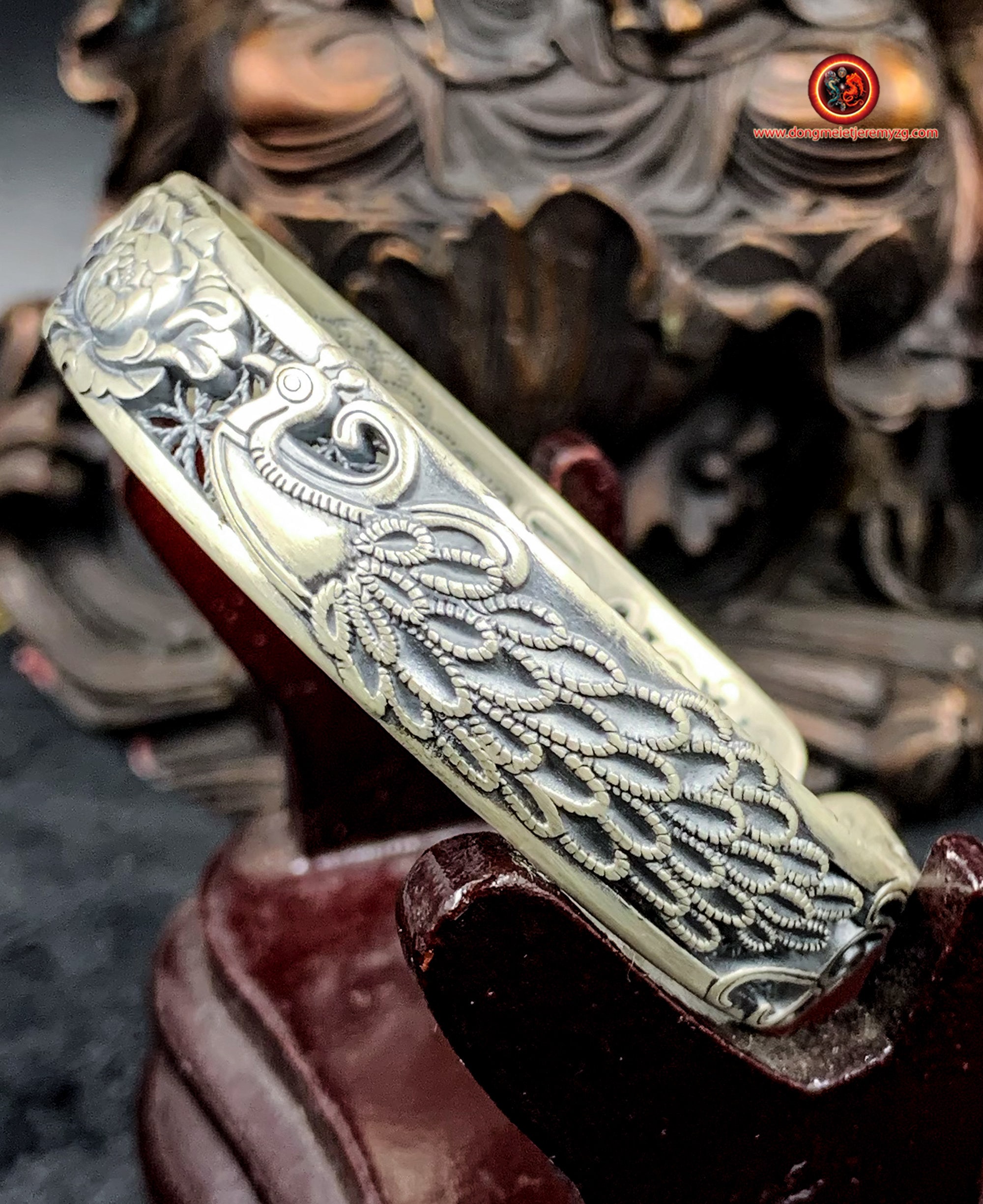 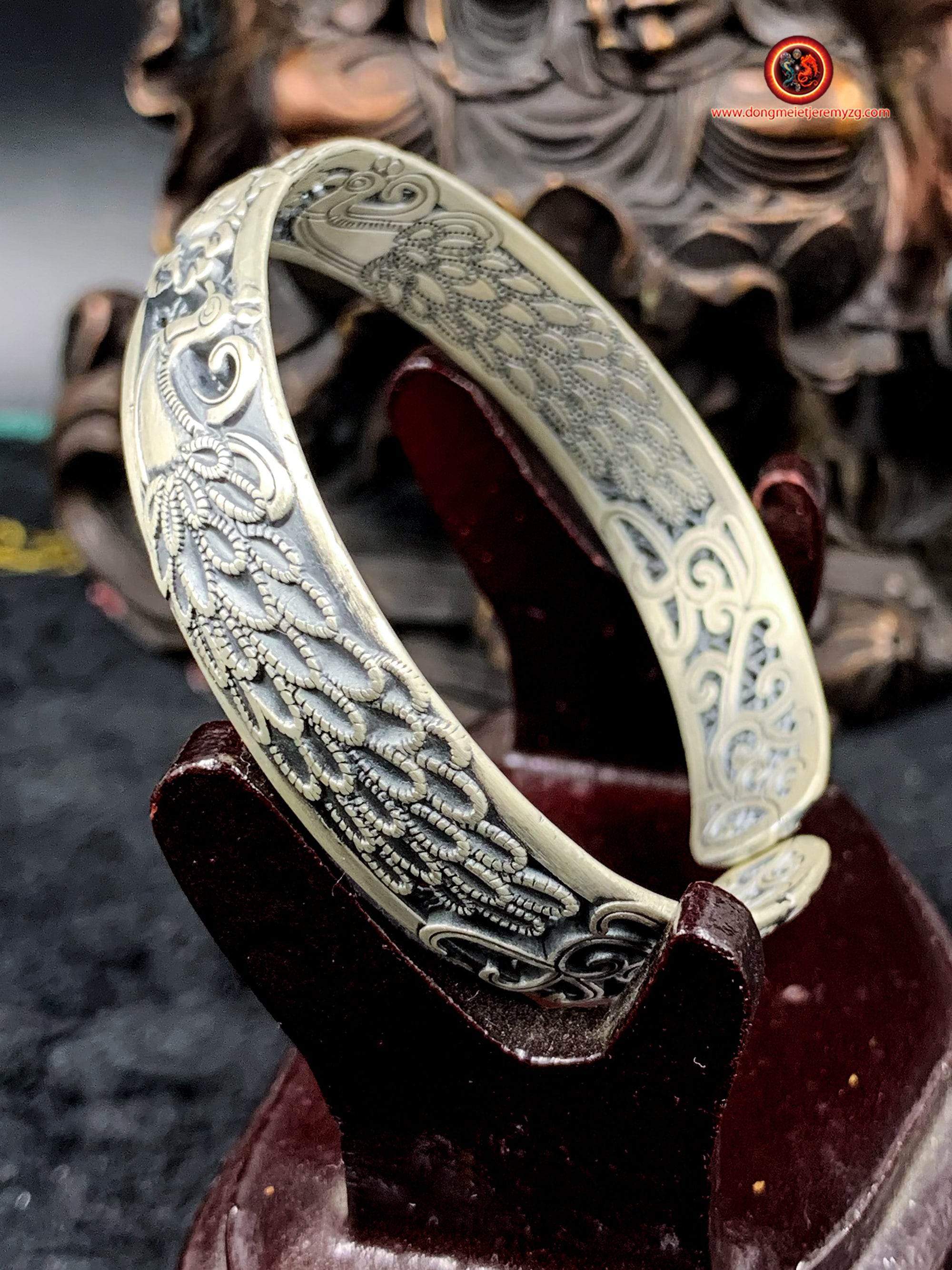 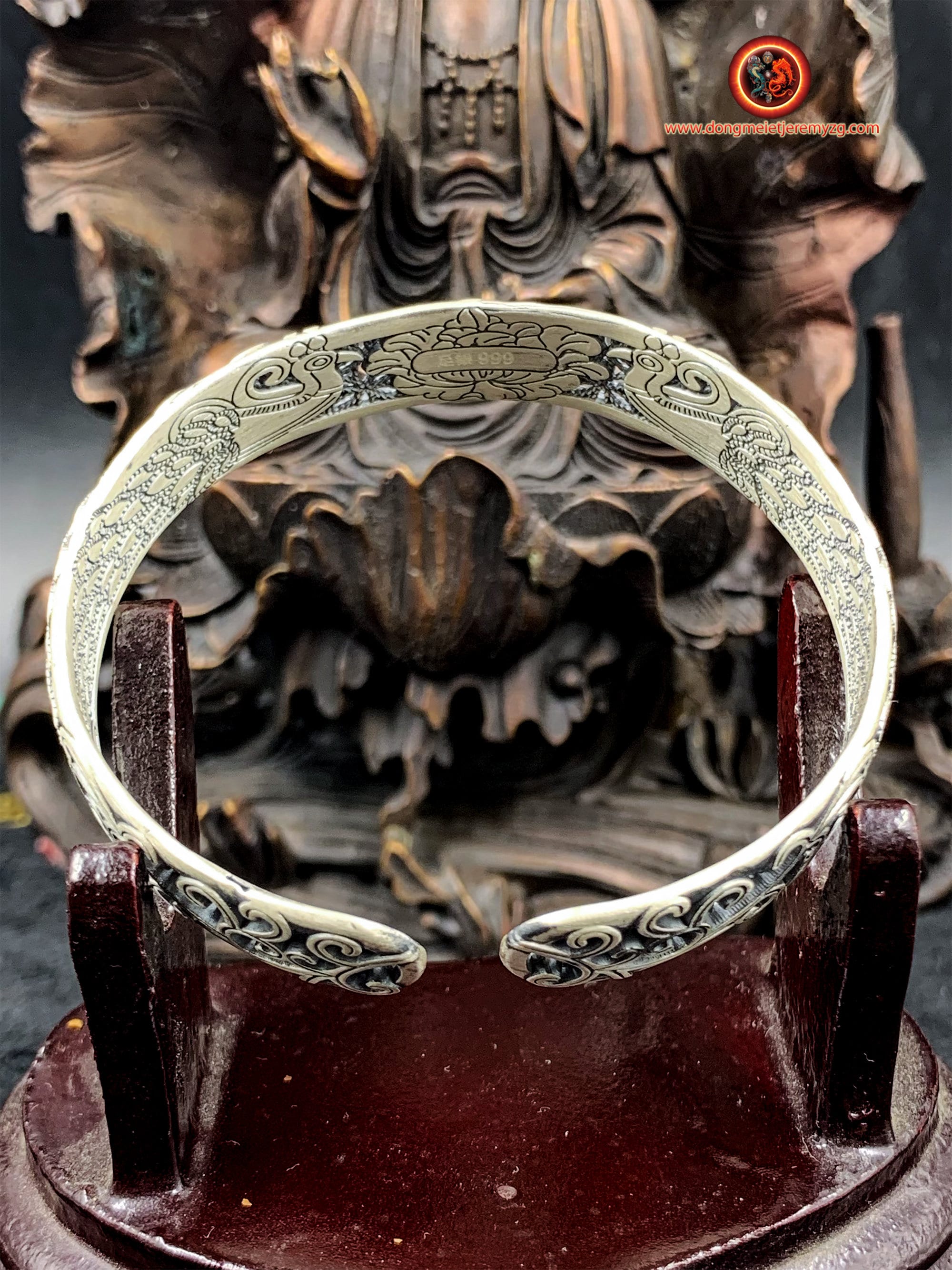 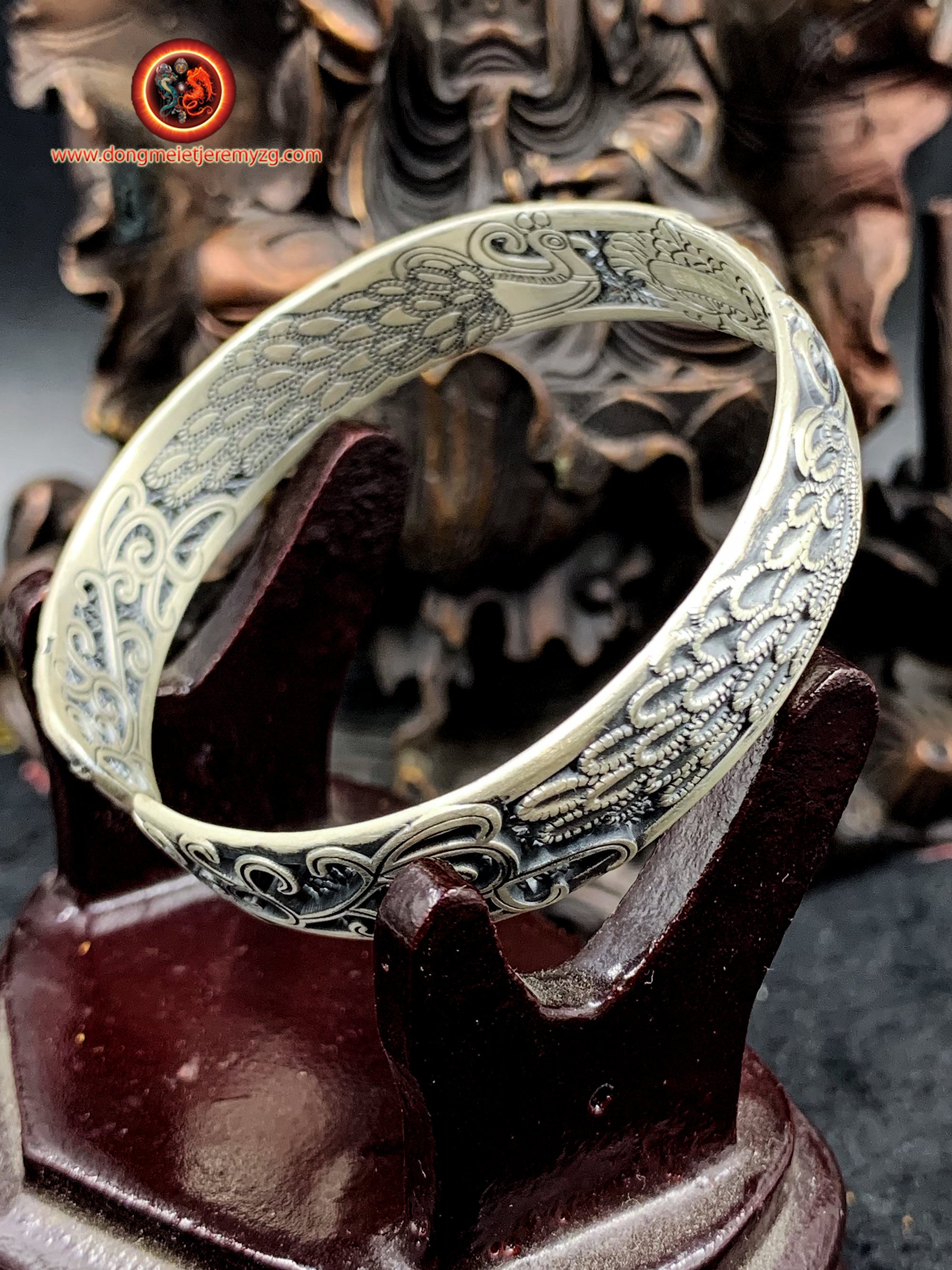 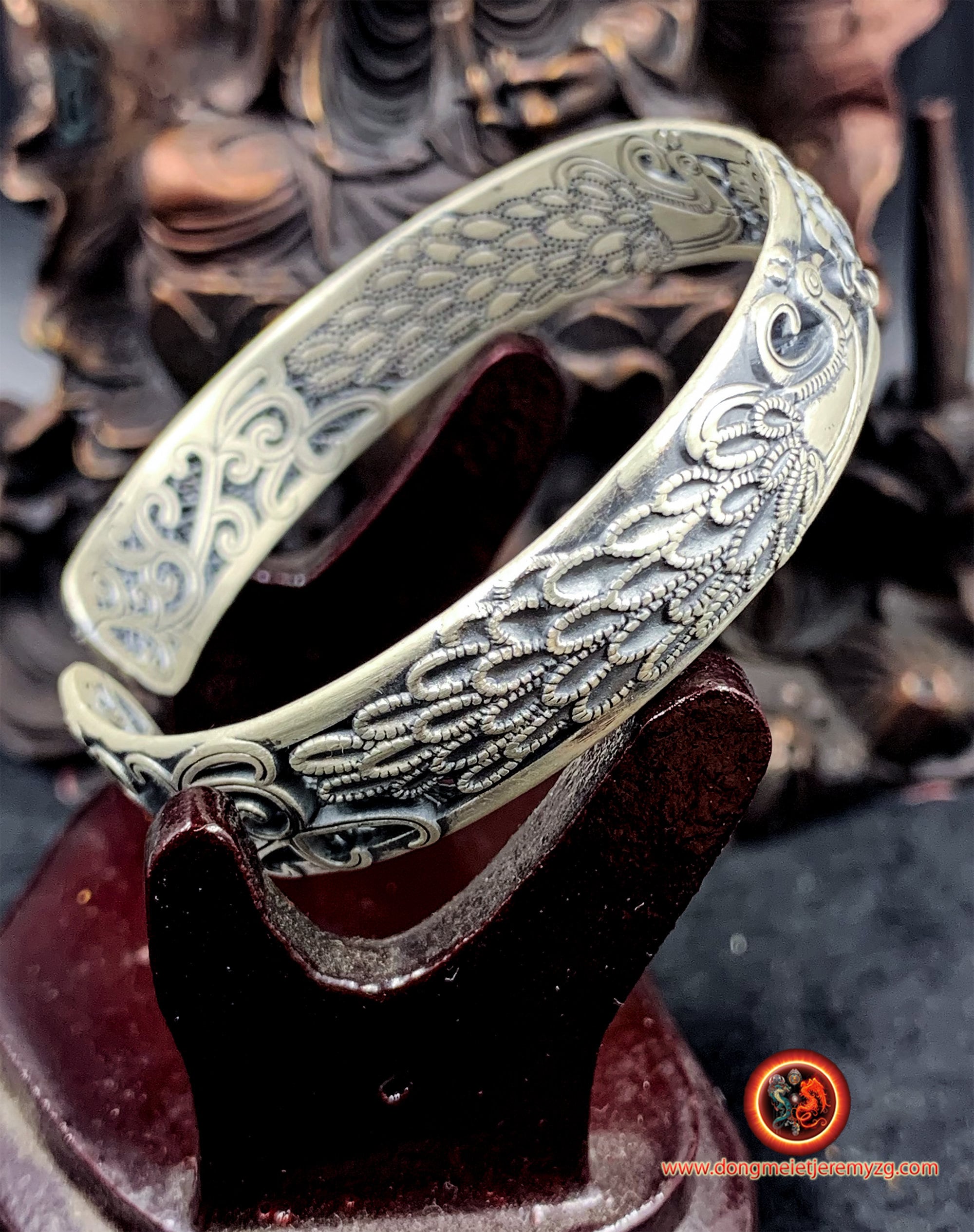 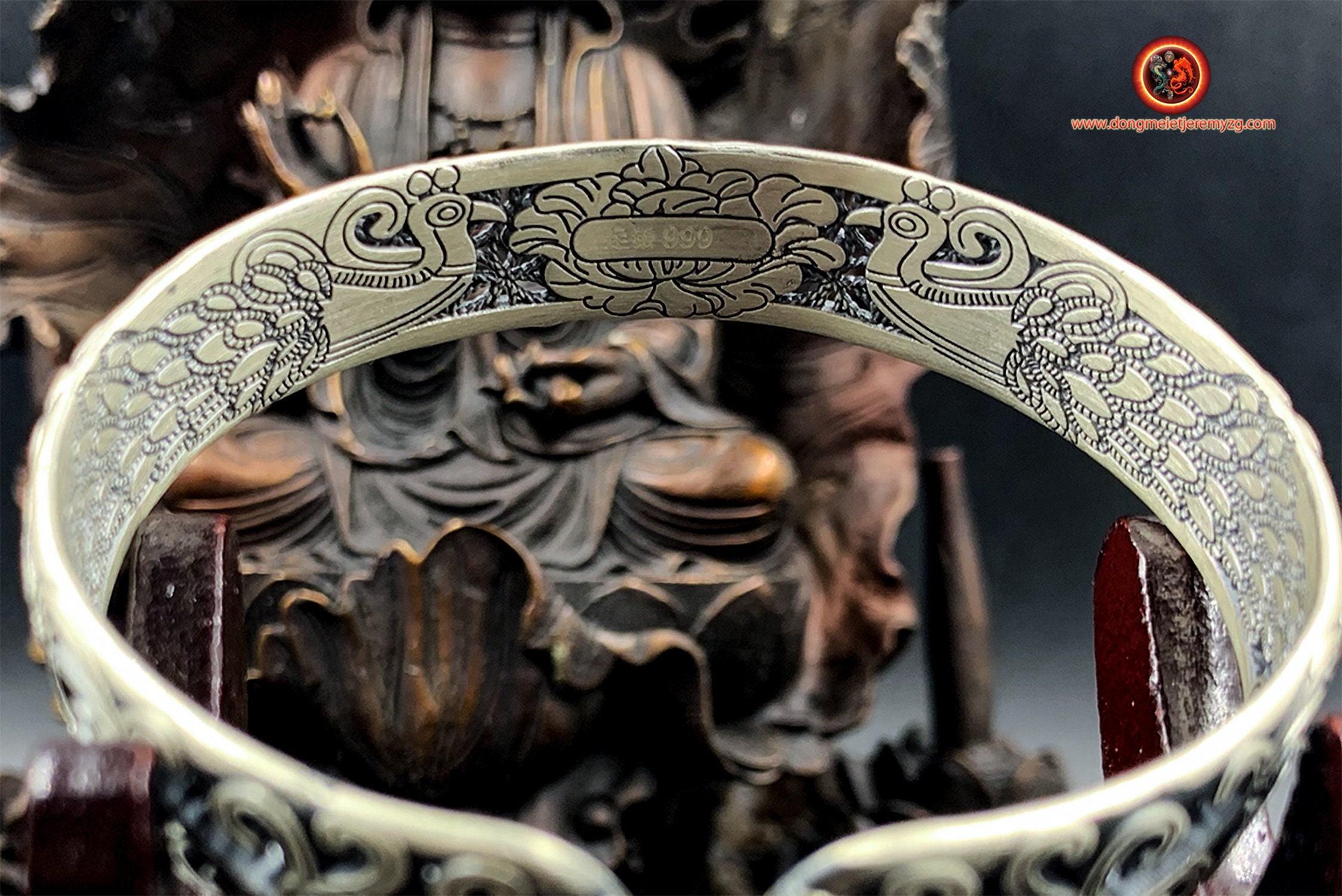 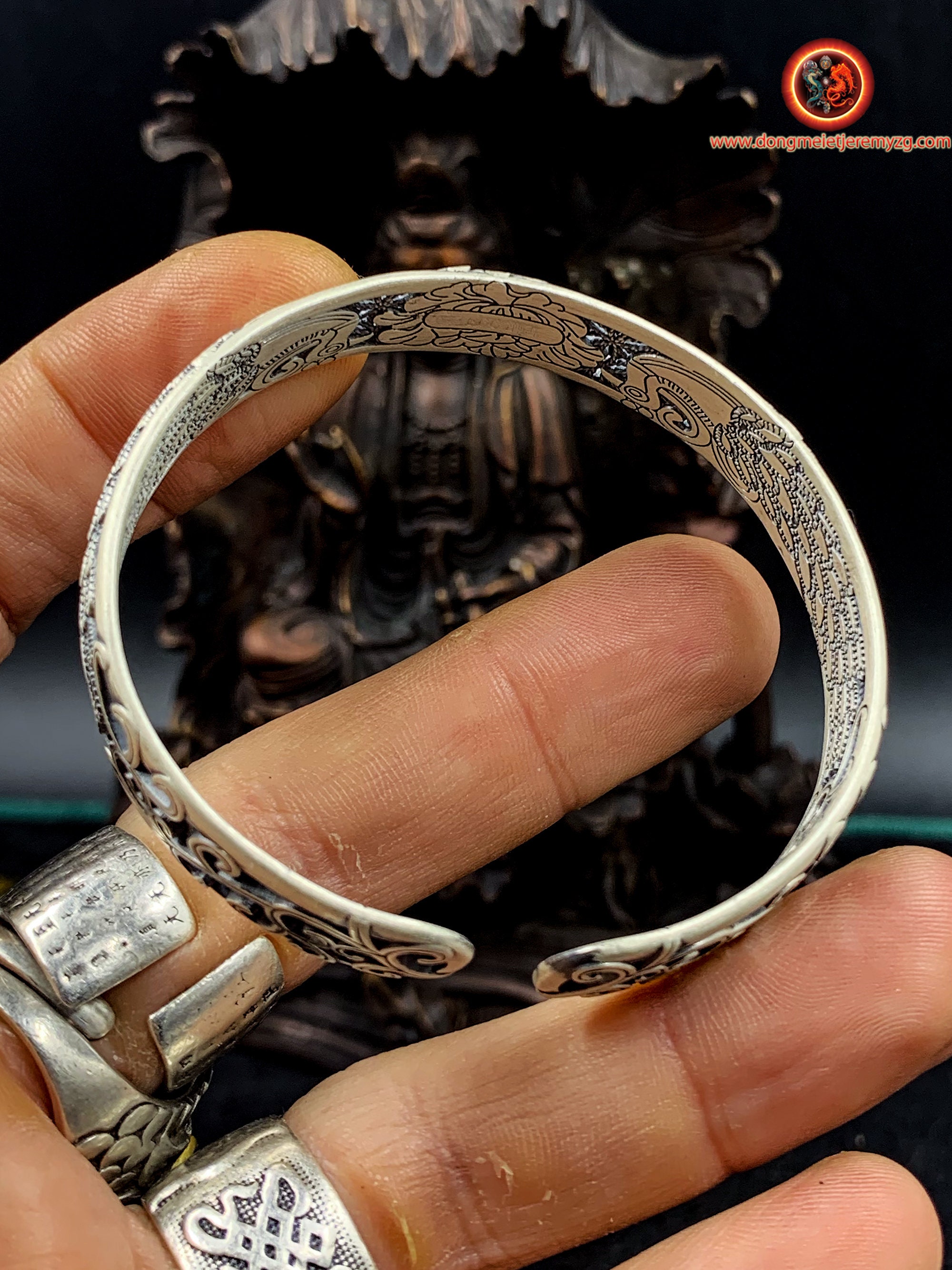 Open bracelet is therefore adjustable to any wrist size, up to the larger sizes.
60mm fully closed rush diameter

video of the bracelet available via this link
https://www.facebook.com/dongmeietjeremyzhangguelle/videos/422074842260425

The Phenix is a legendary bird, endowed with a great longevity and characterized by its power to be reborn after being consumed in flames. It symbolizes the cycles of death and resurrection. Its modern nickname is the firebird.

The phoenix is native to Arabia and related to the cult of the Sun in ancient Egypt, where it was revered. According to the classical Greek and Latin authors, it was a kind of eagle with bright plumage, red and gold, or multicolored.

The phoenix reproduces itself identically: when it feels its end coming, it builds a nest of aromatics, cinnamon, incense and others; he sets fire to it, flaps his wings to fan the flames and burns himself. Once reduced to ashes, it is reborn.

Its name in China is Fenghuang, mythical bird that rules over all other birds.
He is said to be the sweetest and wisest of birds. Males are called feng (鳳) and females huang (凰). This distinction of the sexes is sometimes overshadowed to form a single female entity. Indeed this bird is often associated with the dragon (of which it is sometimes considered the parent) which is its male counterpart.

It was also the personal emblem of the Empress (the emperor's being the dragon), and appeared to announce, like the qilin, the birth of a great philosopher.