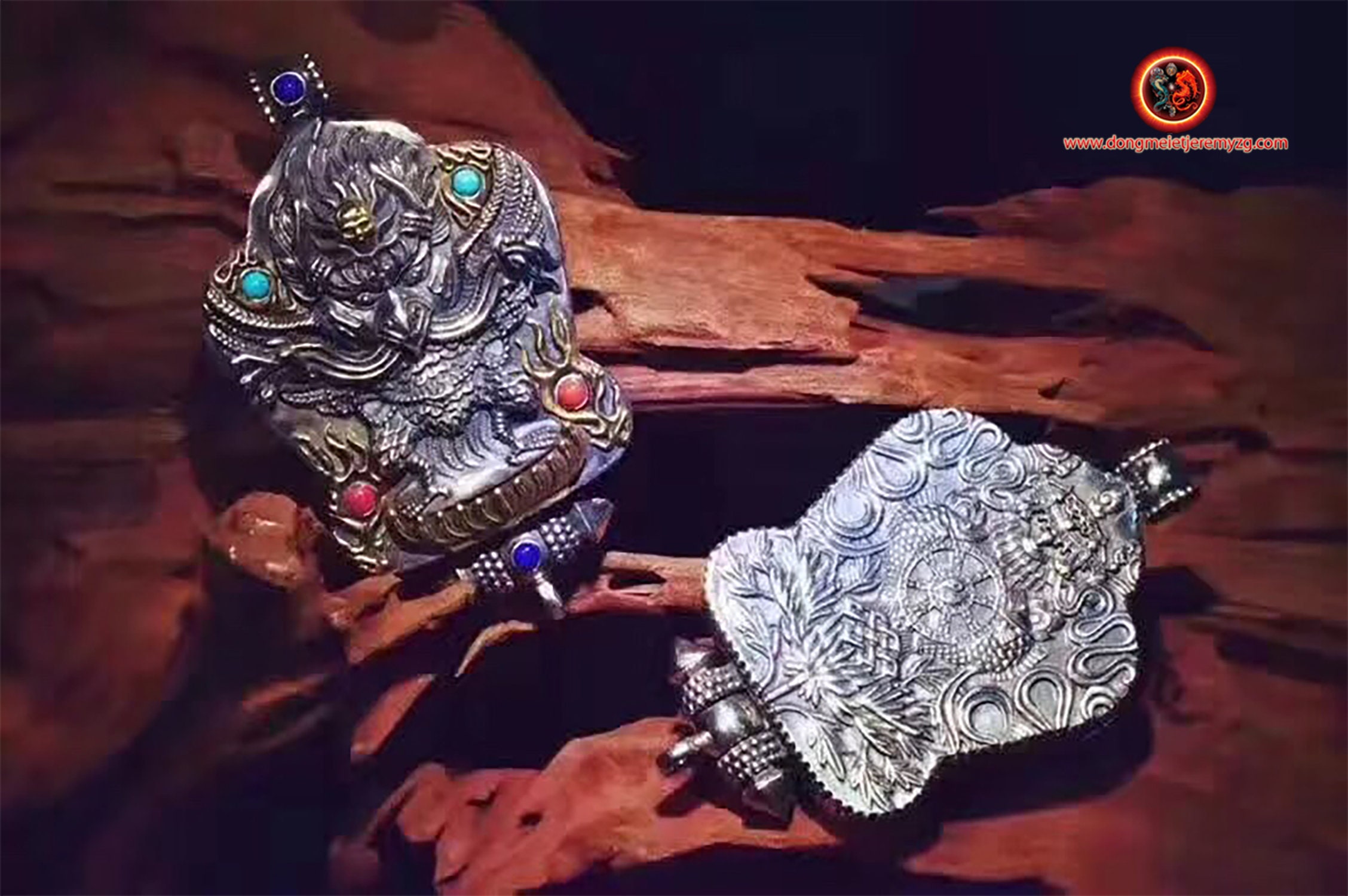 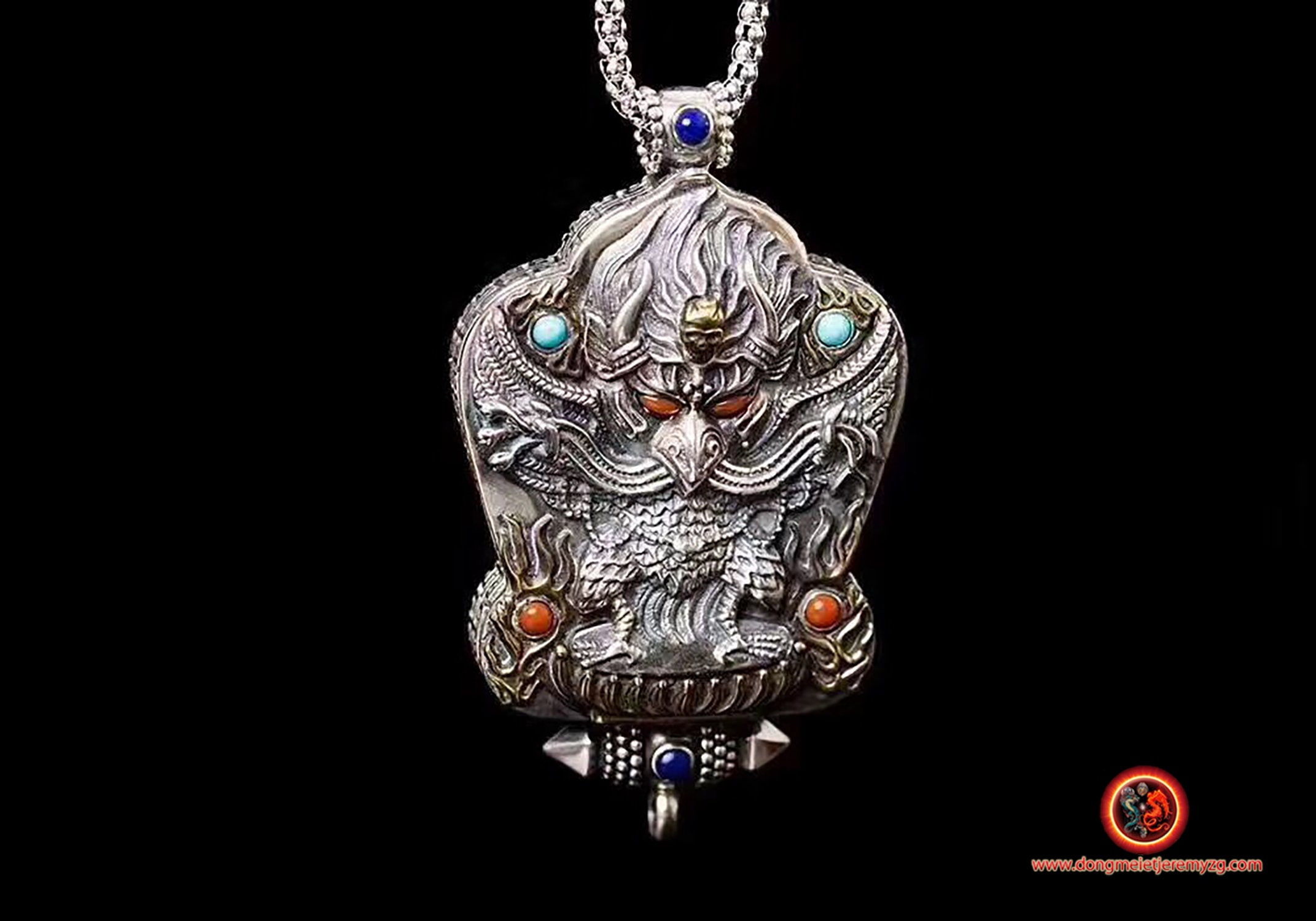 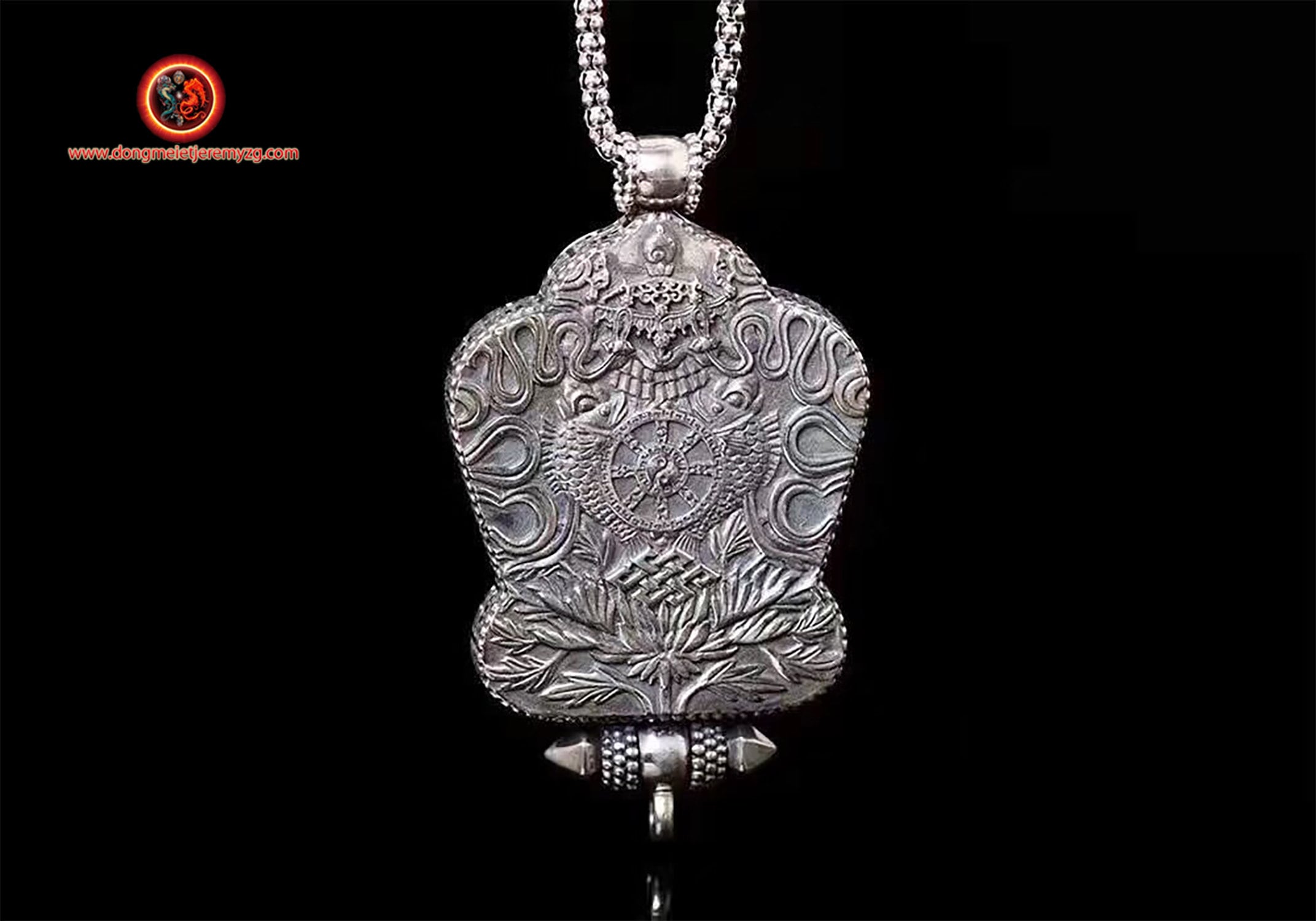 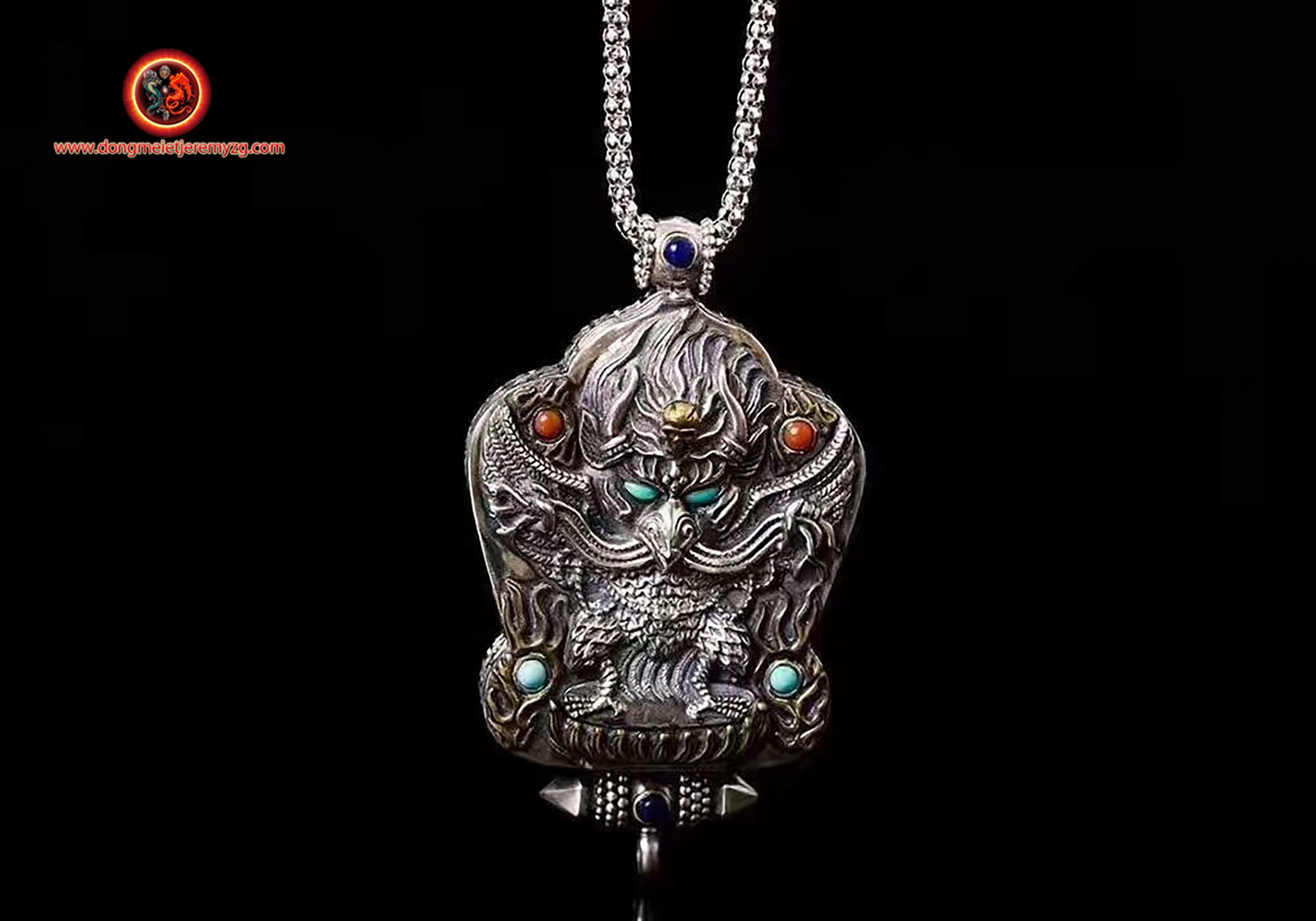 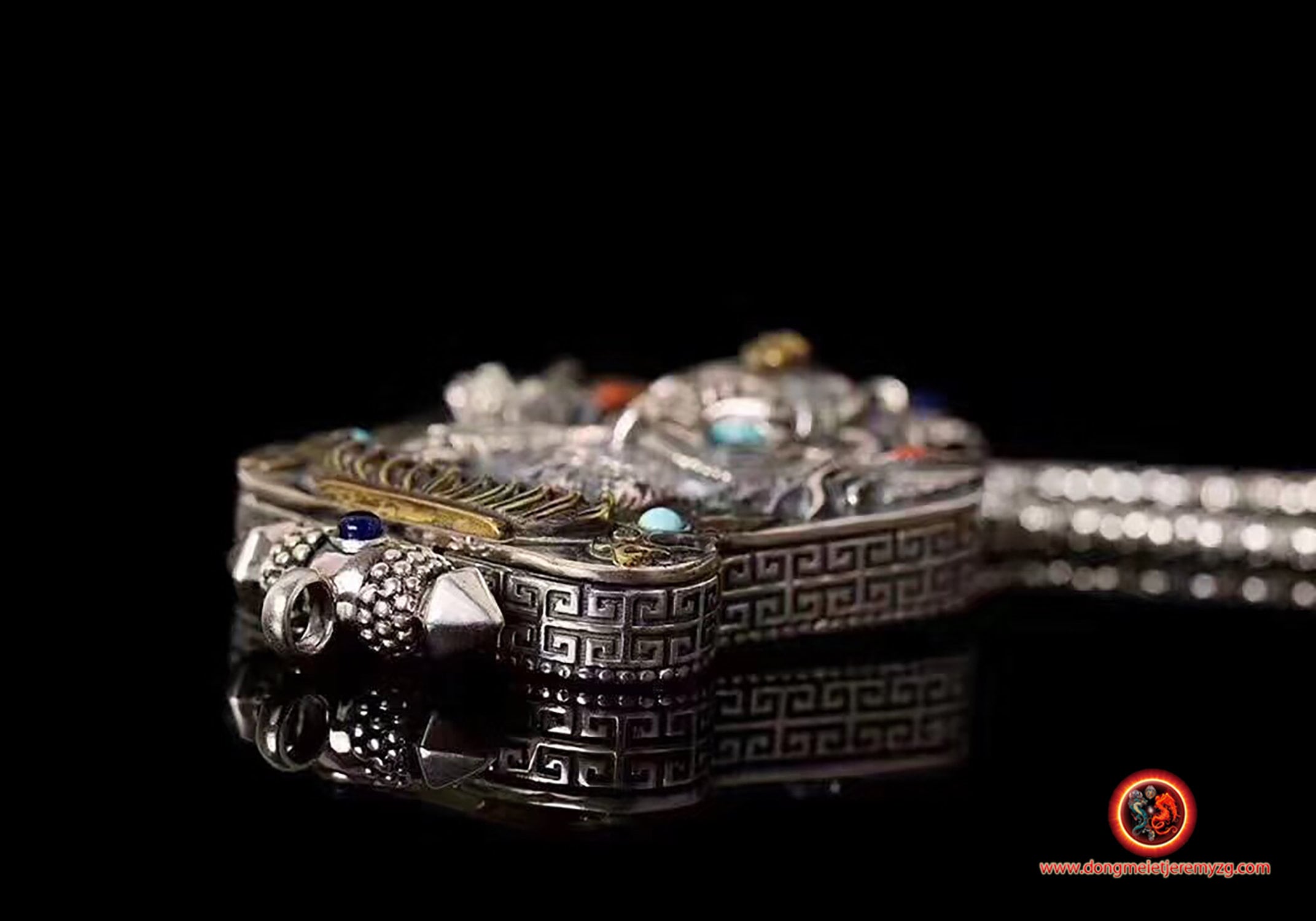 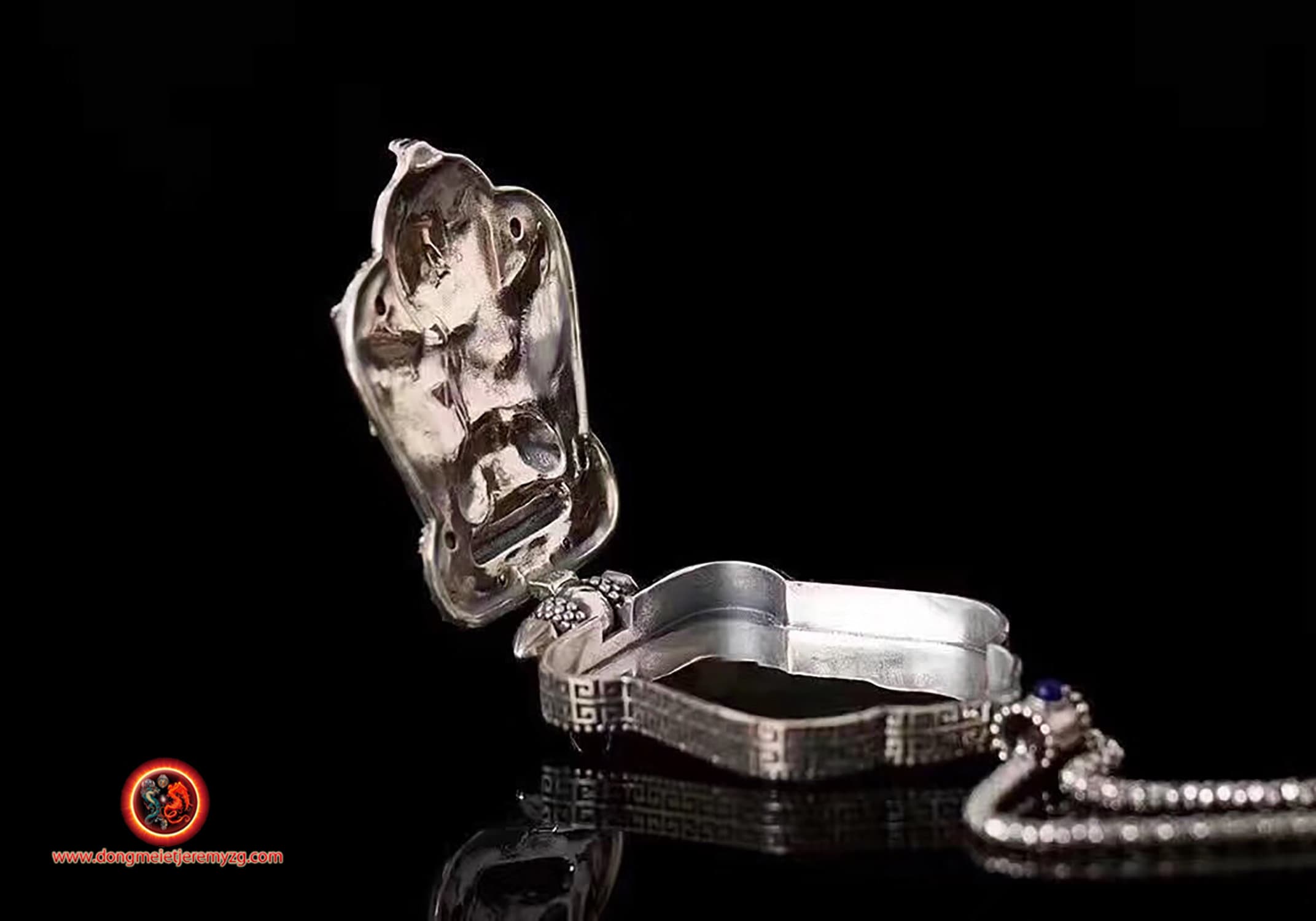 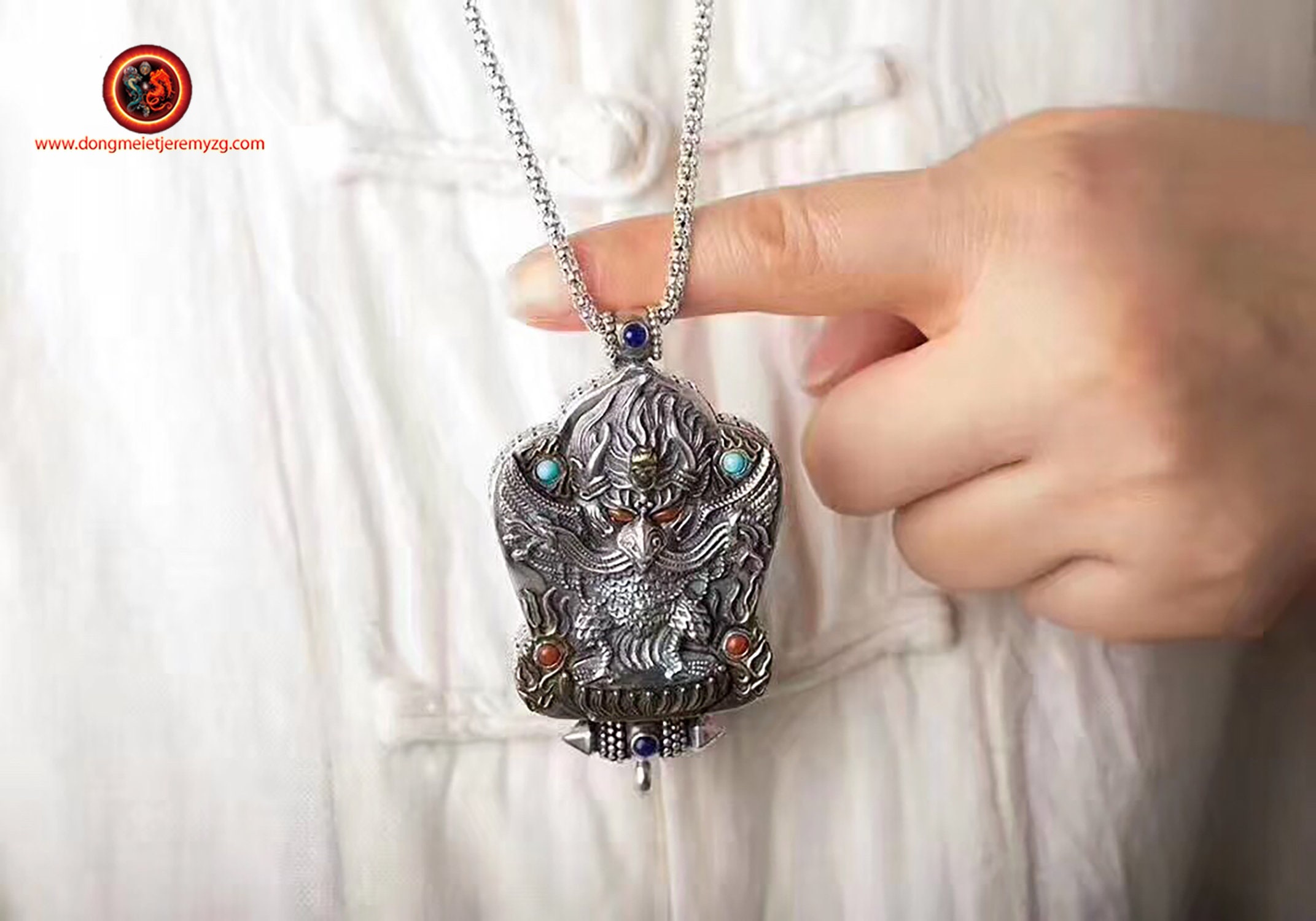 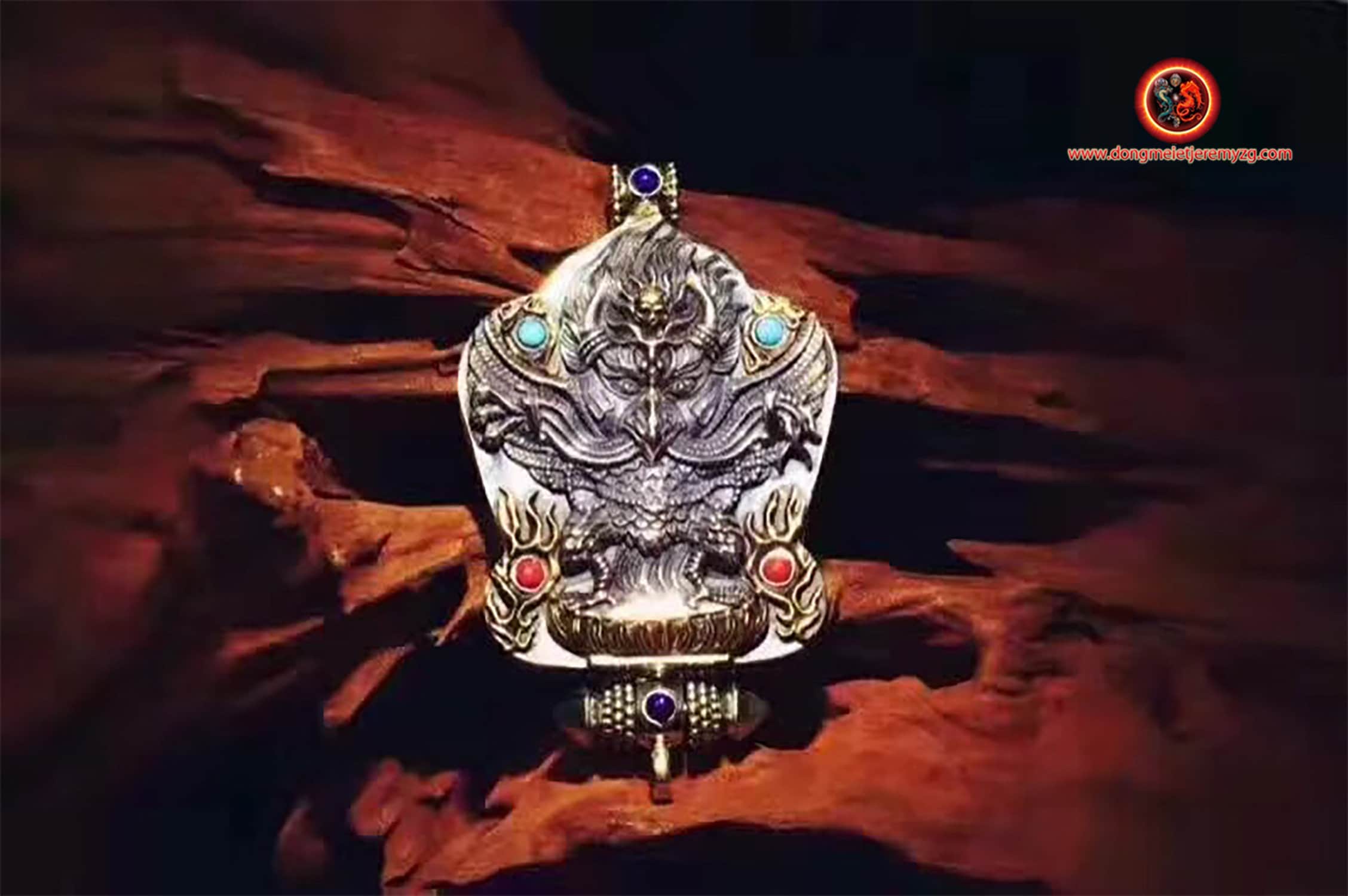 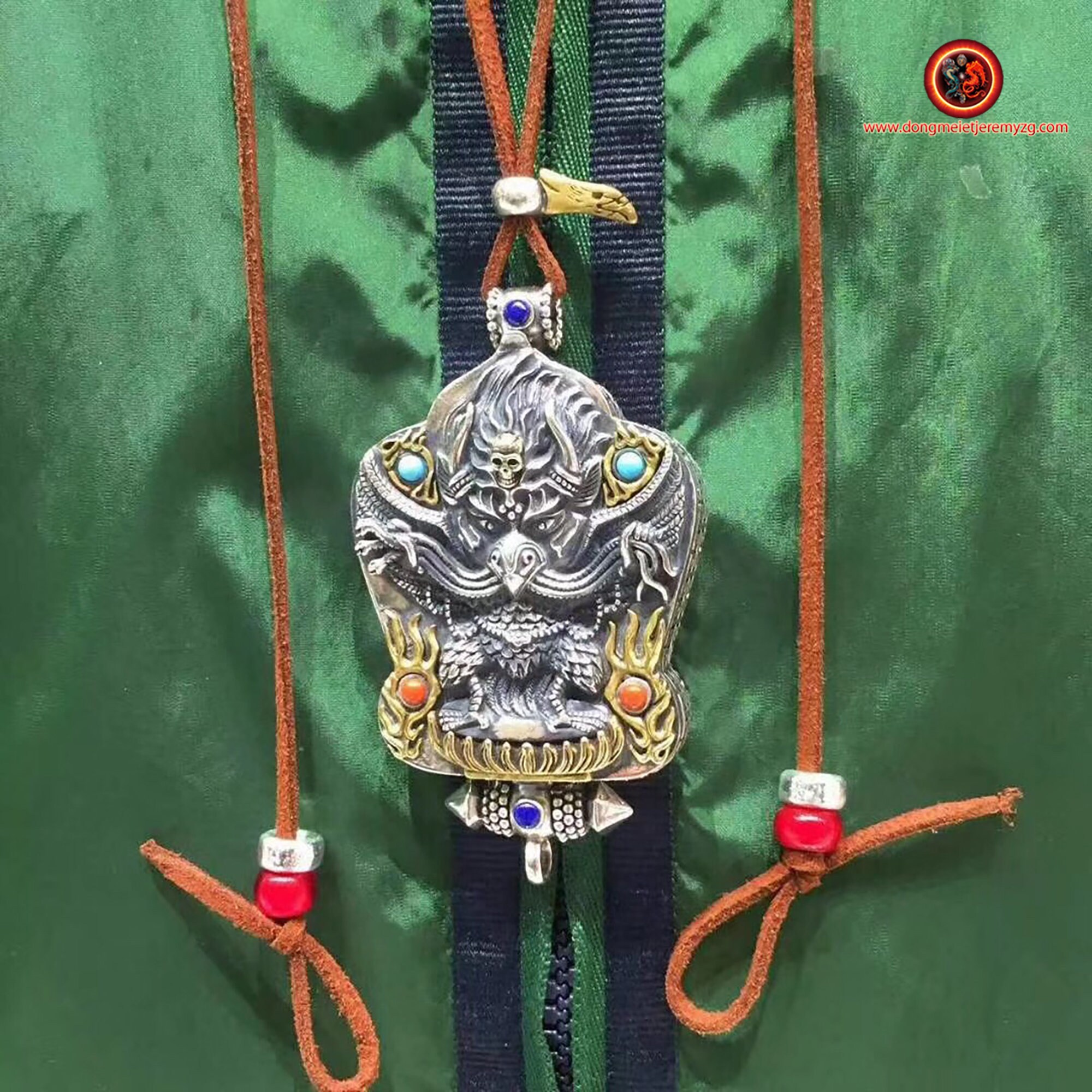 The reliquary is of course open to deposit scrolls of prayers, mantra or any other consecrated object of Buddhism

The Tibetan Endless Knot or Infinite Knot is a Buddhist symbol that represents the movement of what is eternal, intertwined spiritual paths and time. The form of the Endless Knot is evocative of wisdom and compassion in Tibetan Buddhism. The top and bottom of the symbol symbolize the interaction of opposing and two-strong forces, which eventually come together and unite in the universe. The Tibetan infinite knot also represents the inseparability of the Void and the reality of existence. Finally, since the Knot has no beginning or end, it is also defined as the Wisdom of Buddha.

The Dharma wheel remains the most important symbol of Tibetan Buddhism, it symbolizes Buddhist law as well as the teaching of the Buddha who was the first to set this Wheel in motion. The Dharma Wheel represents the eternal movement of the cycle of rebirths (or karma). It is also the continuity of the Buddha's teachings, in all its forms and in all directions, teaching that leads to Happiness and Liberation The Dharma Wheel is often represented with four or eight branches, embodying the Four Noble Truths and the Eight Steps.