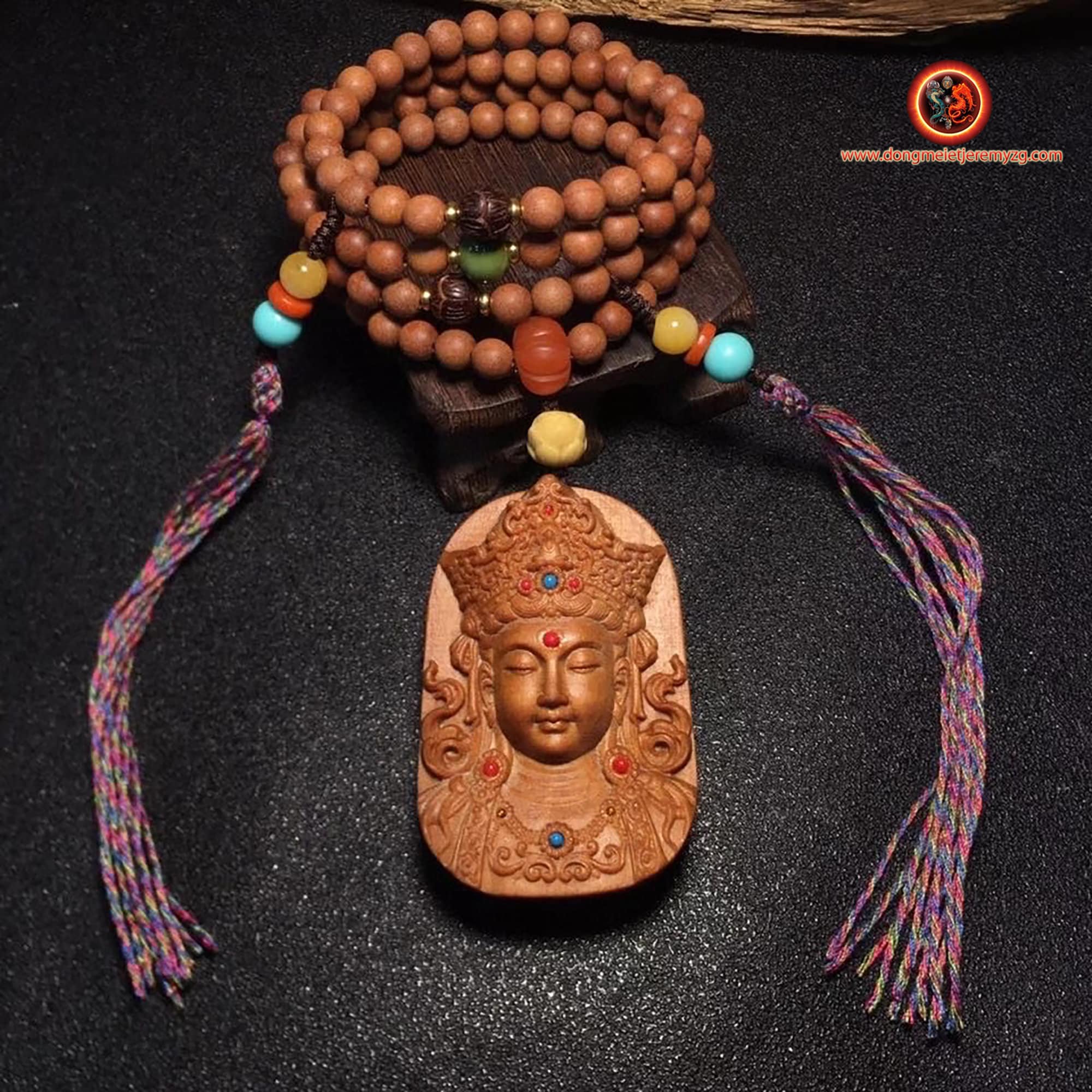 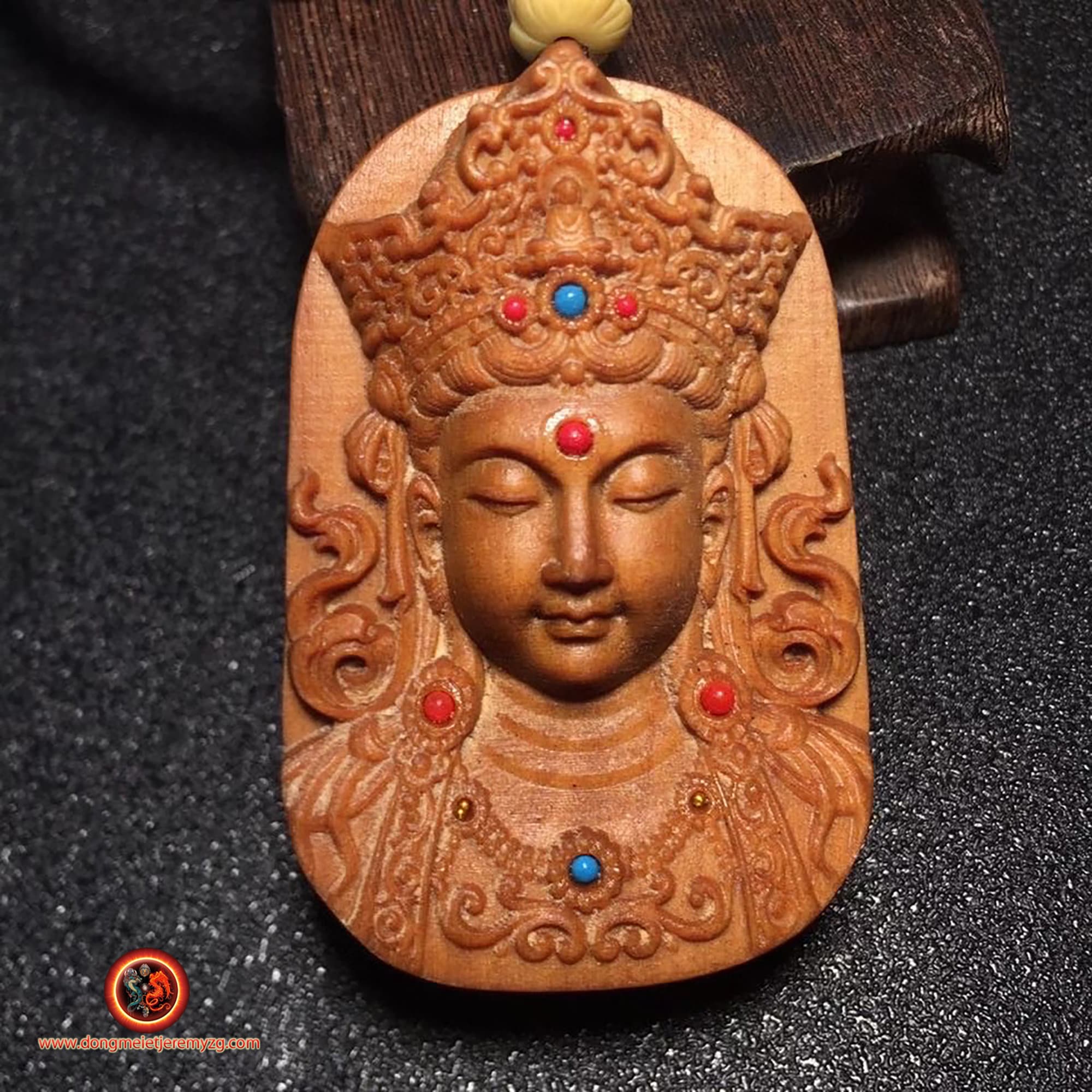 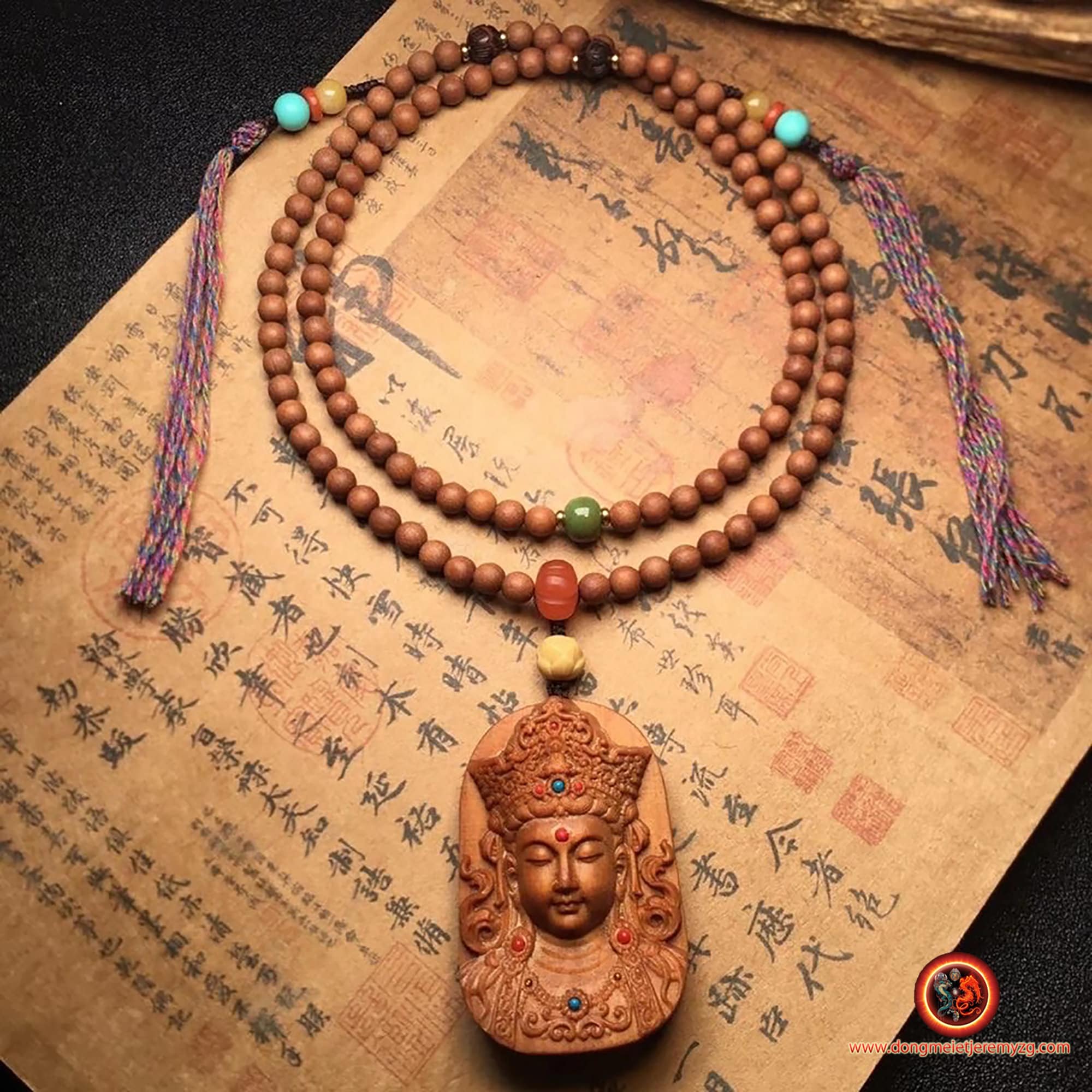 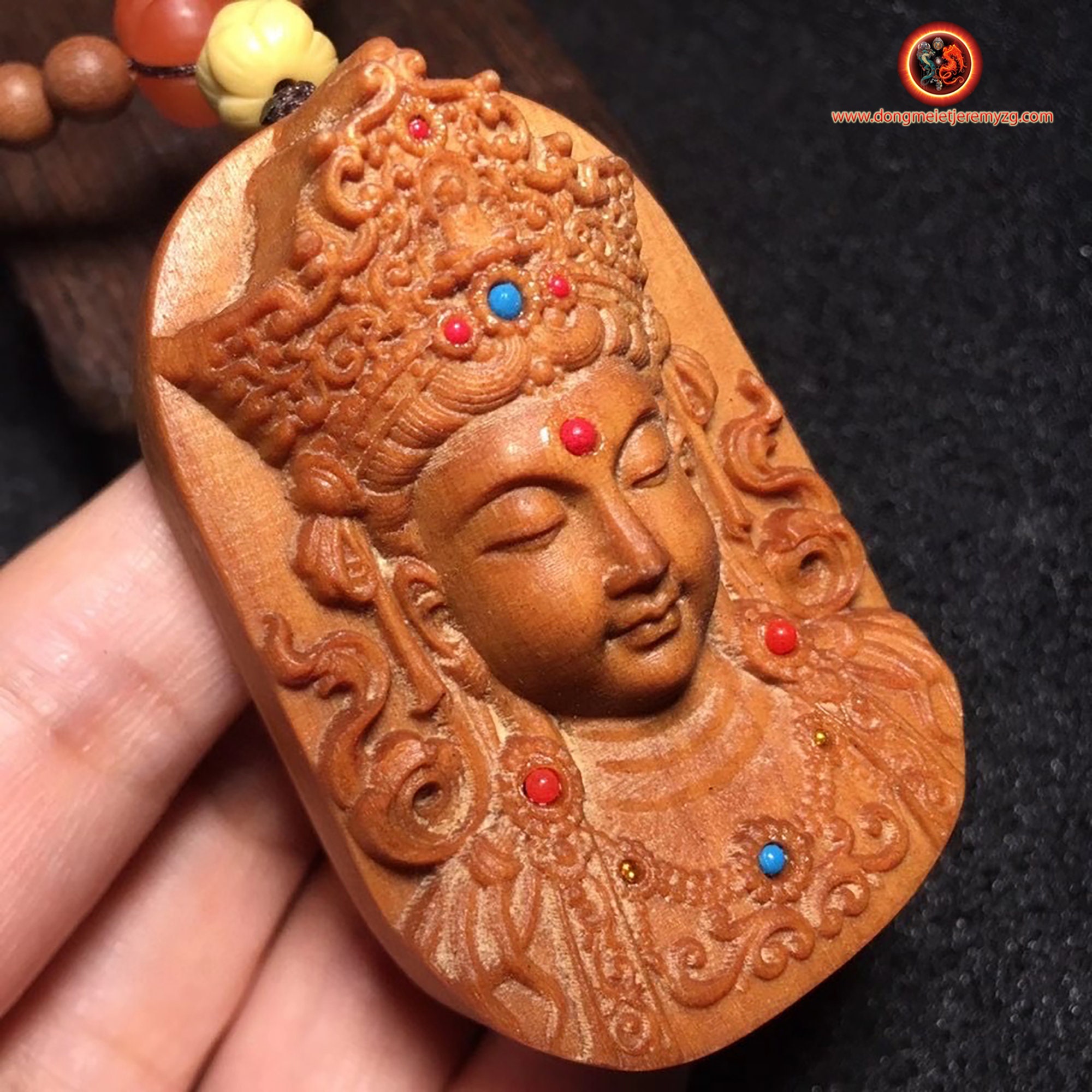 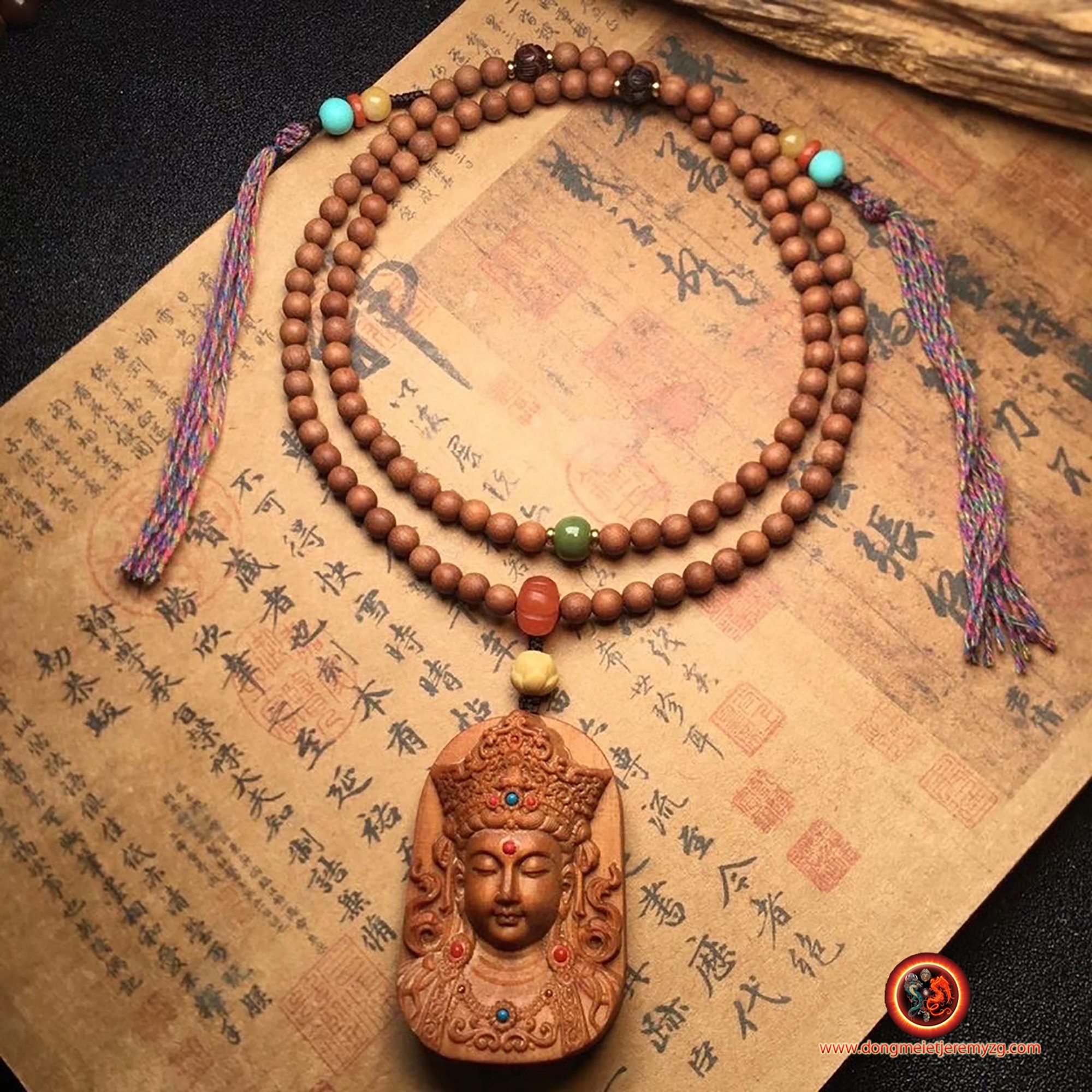 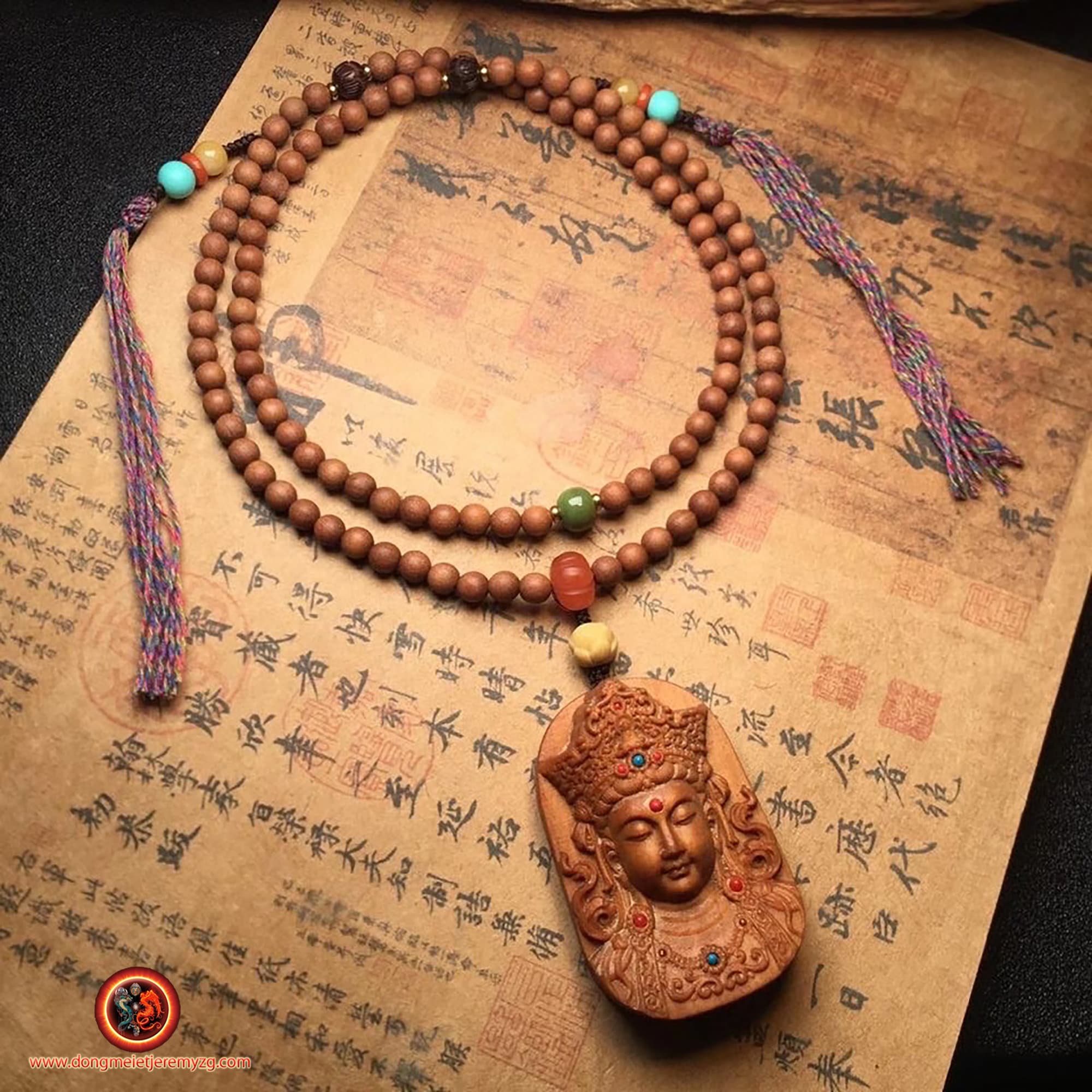 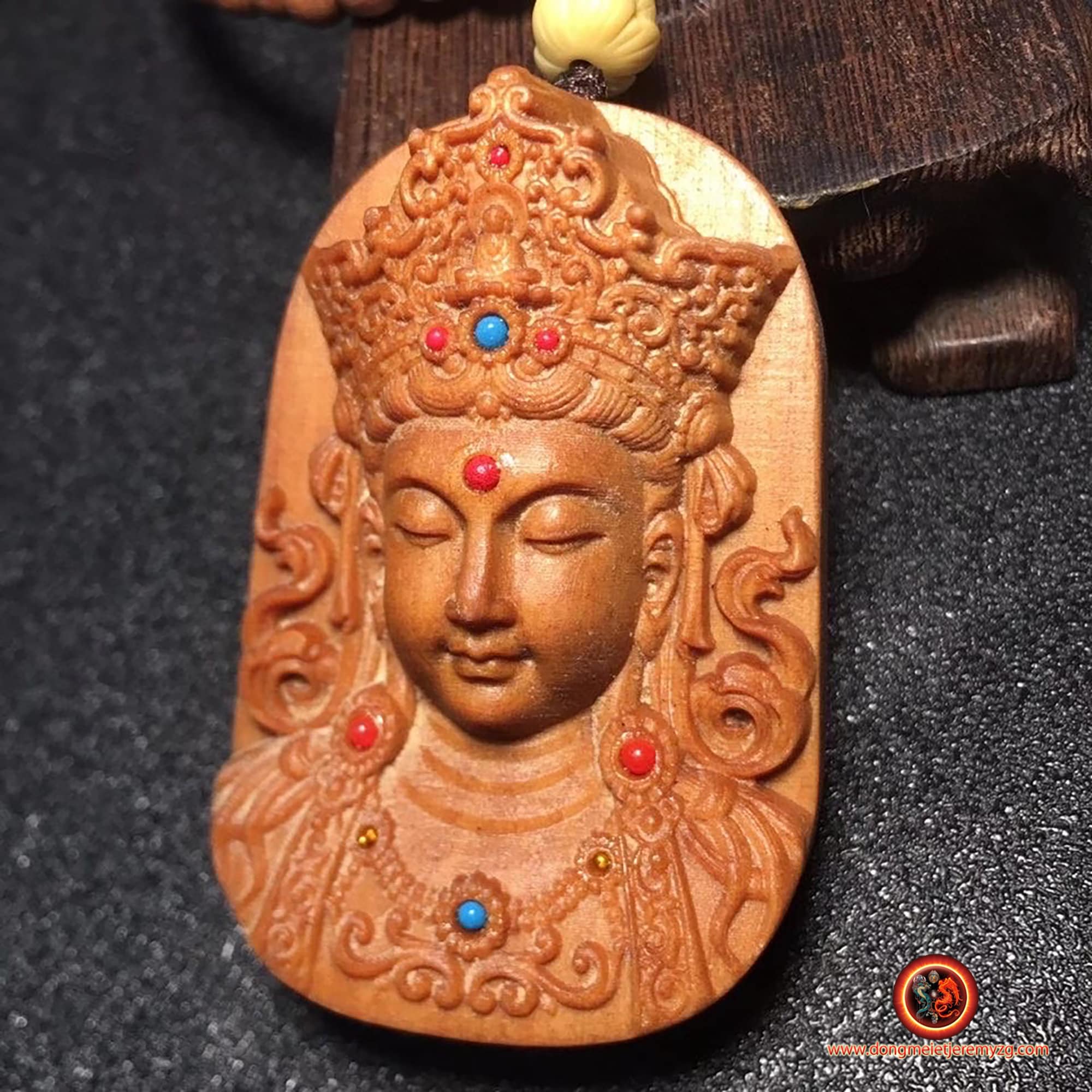 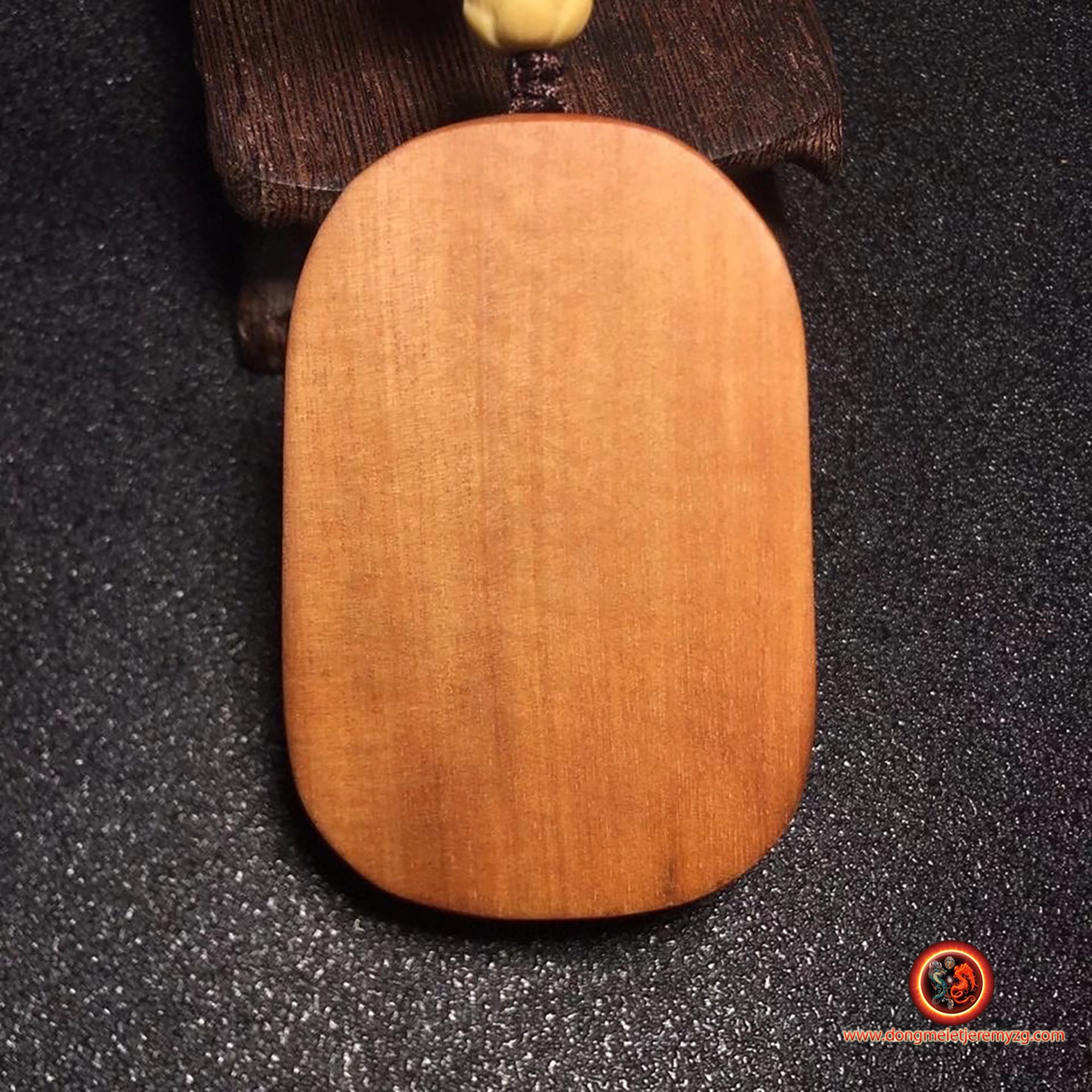 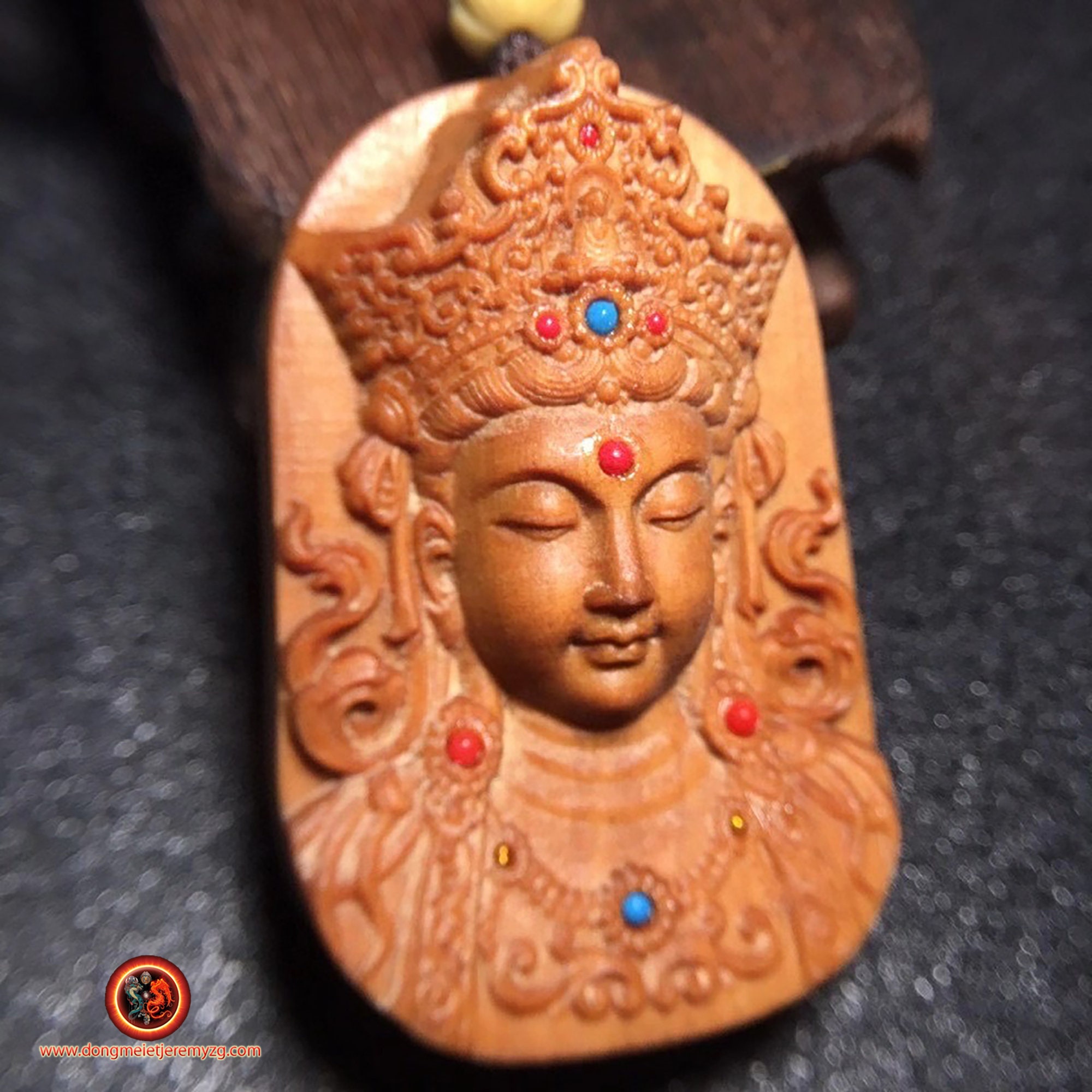 Mala, a rosary of Buddhist prayer,
Chenrezi the bodhisattva of compassion in Sandalan santaan Santalum ellipticum set with turquoise and agates called nan hong
Size of pendant: 60/40/20mm
108 sandalwood beads also from Hawaii, beads 6mm in diameter each
Hubei turquoise
nephritis jade, which is deposited in Yili Hasake Prefecture in Xinjiang,
agate nan hong du Yunnan , site of Baoshan. This agate owes its red color to the presence of cinabre in its composition.