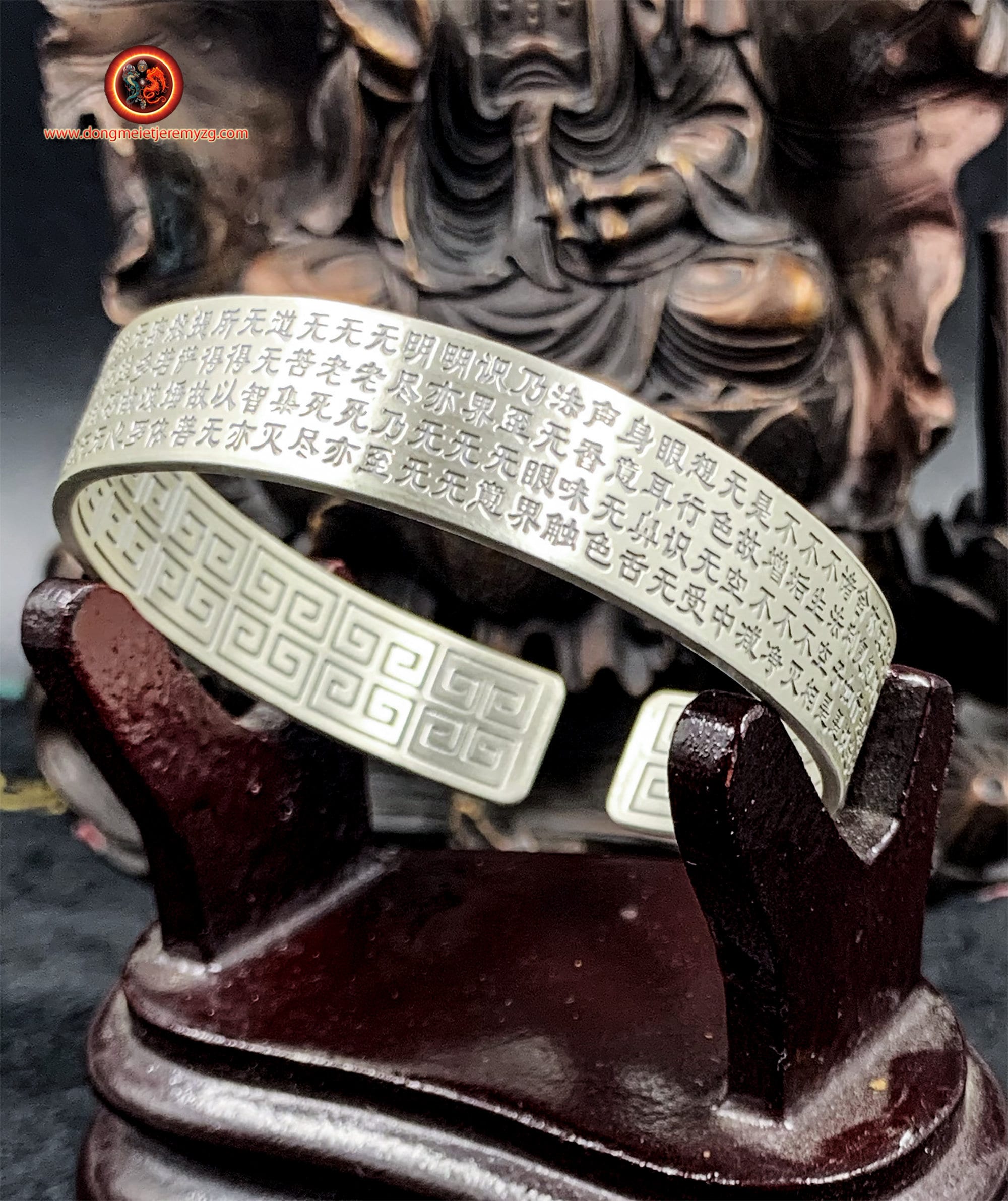 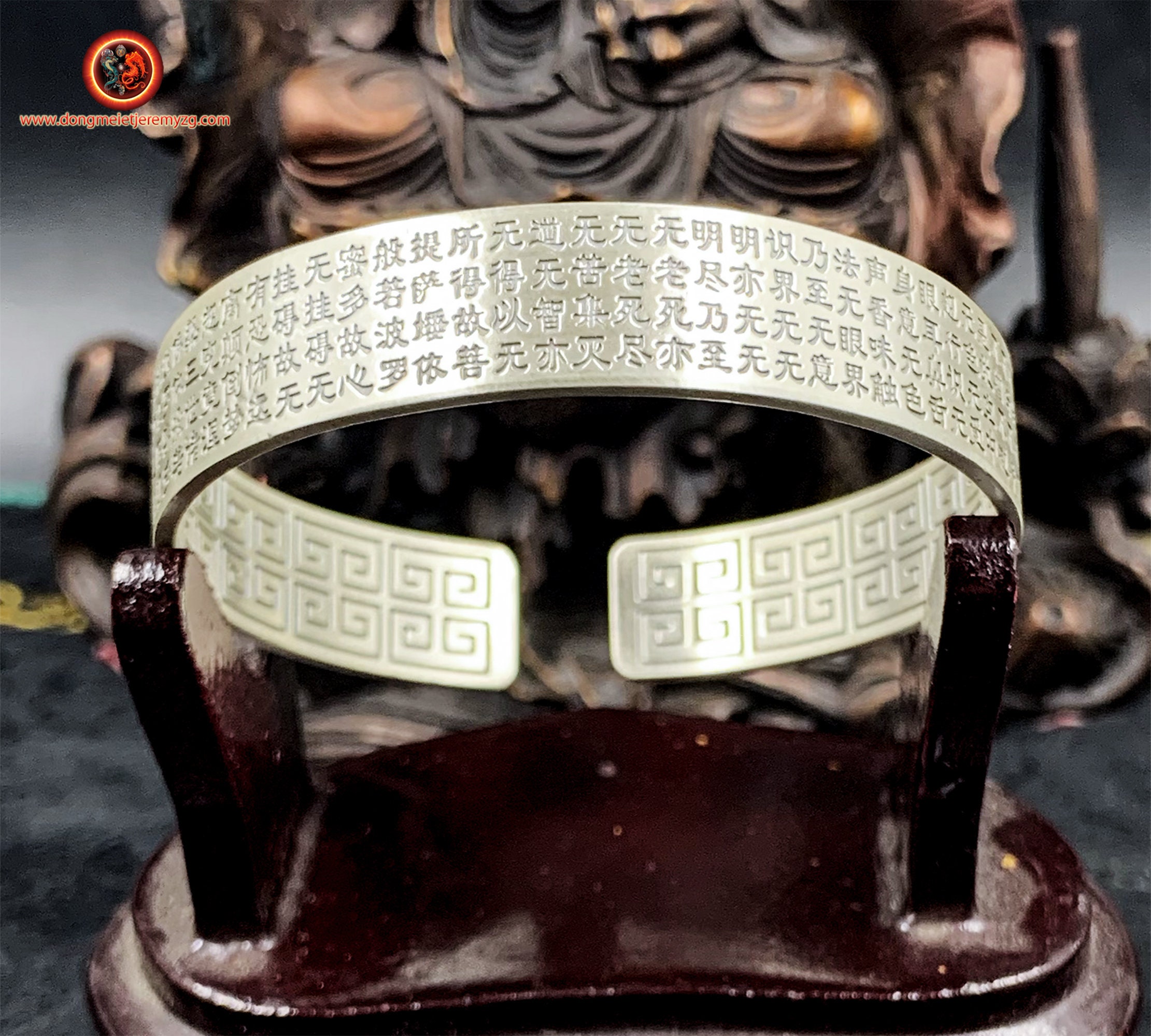 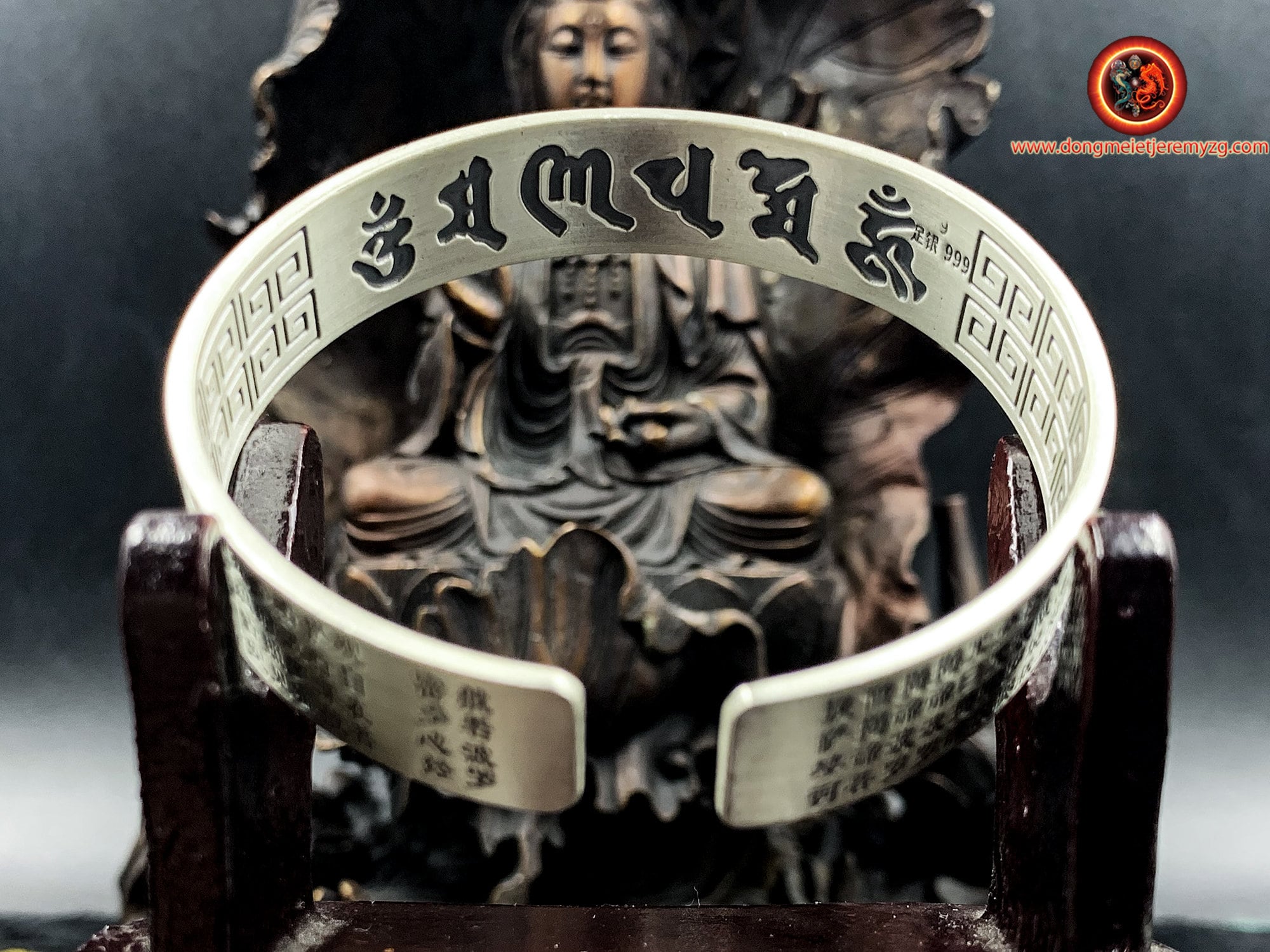 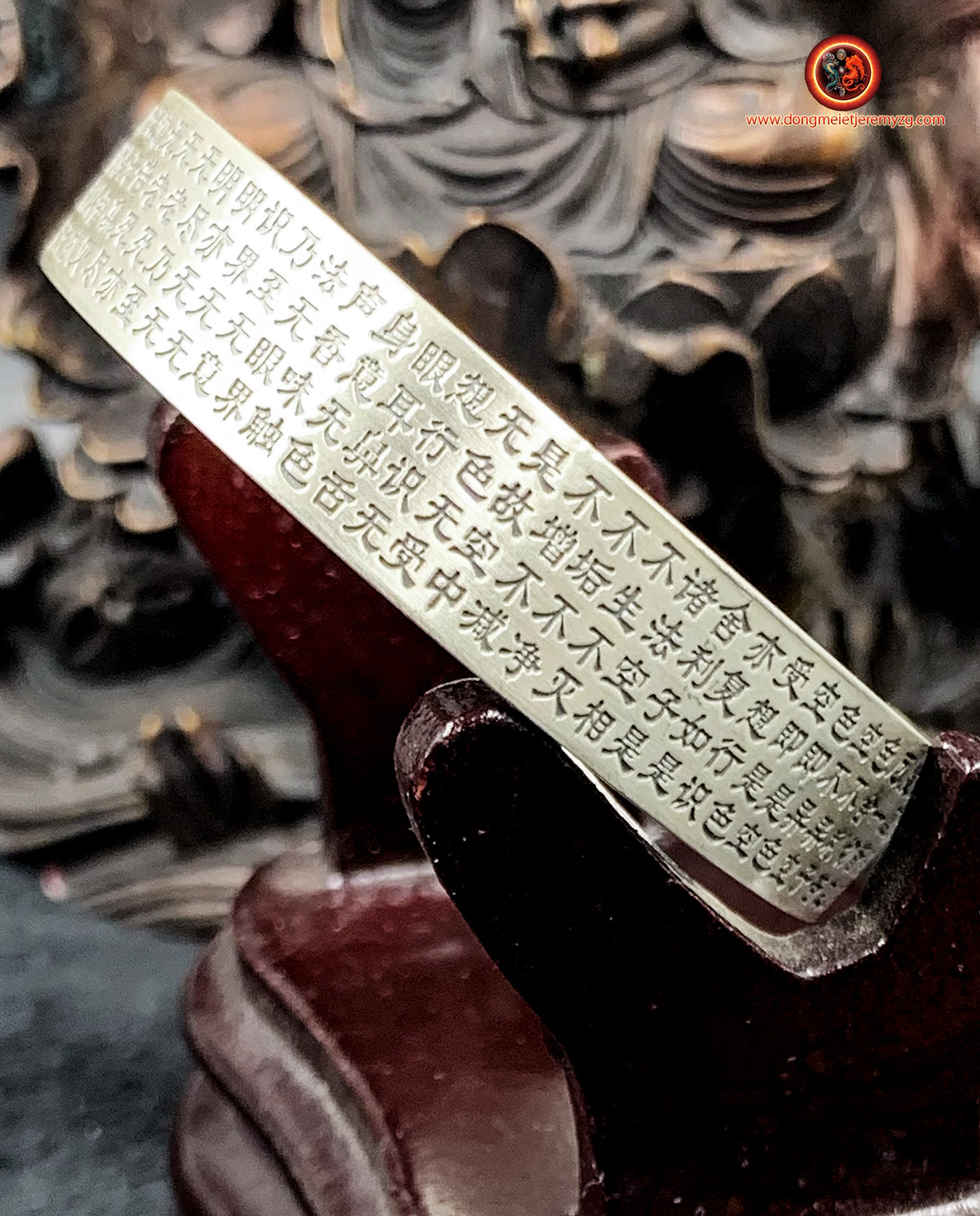 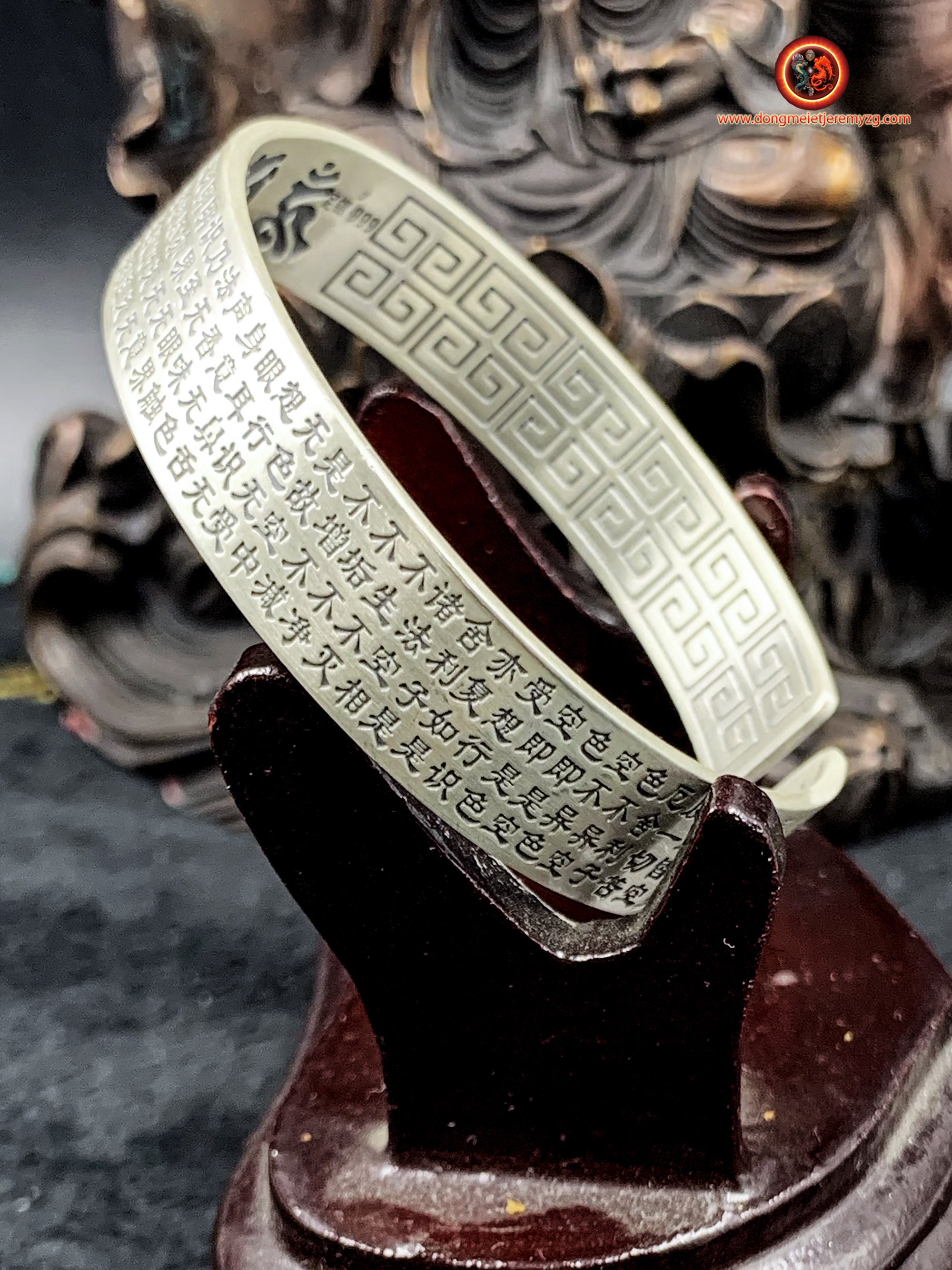 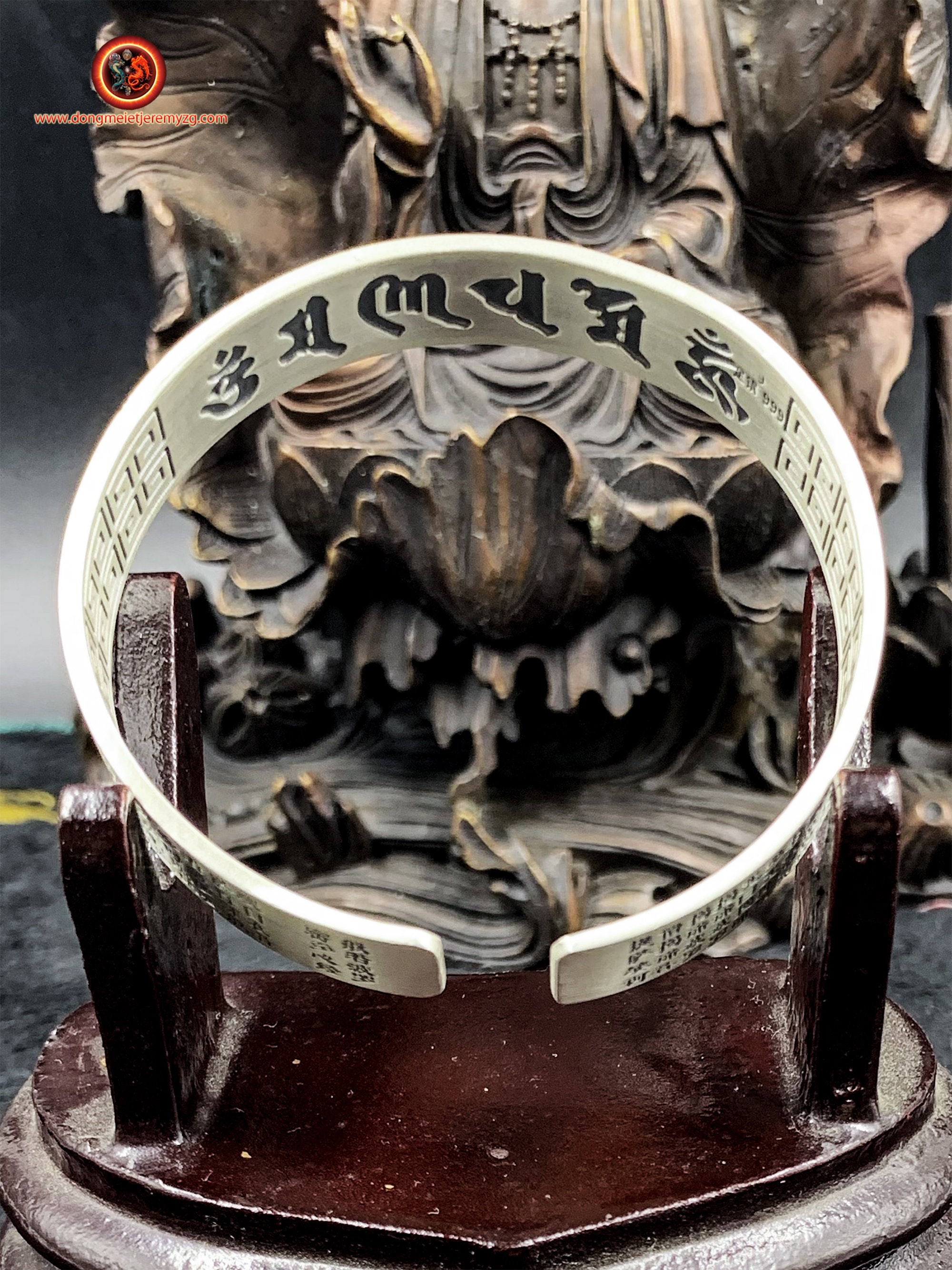 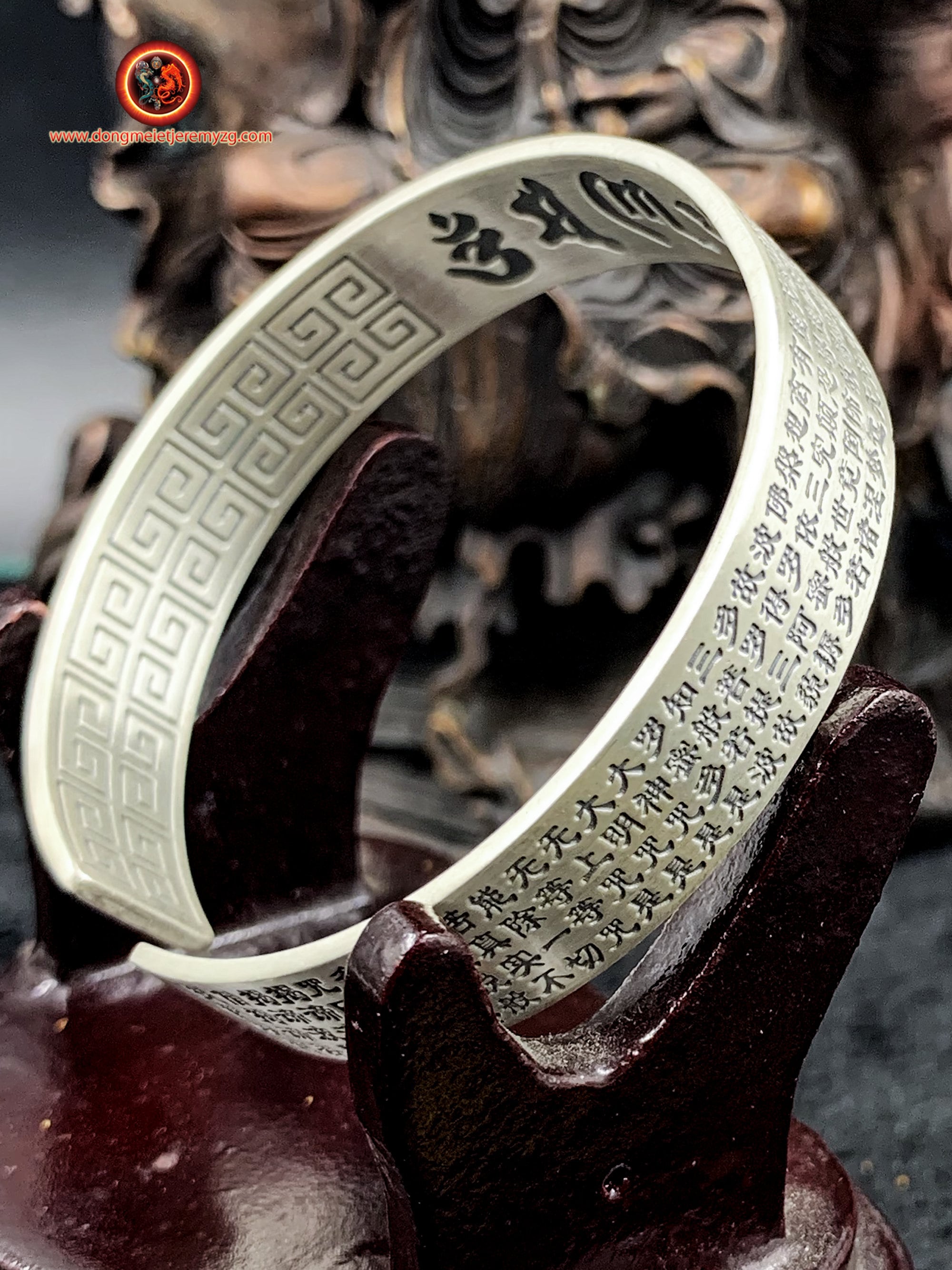 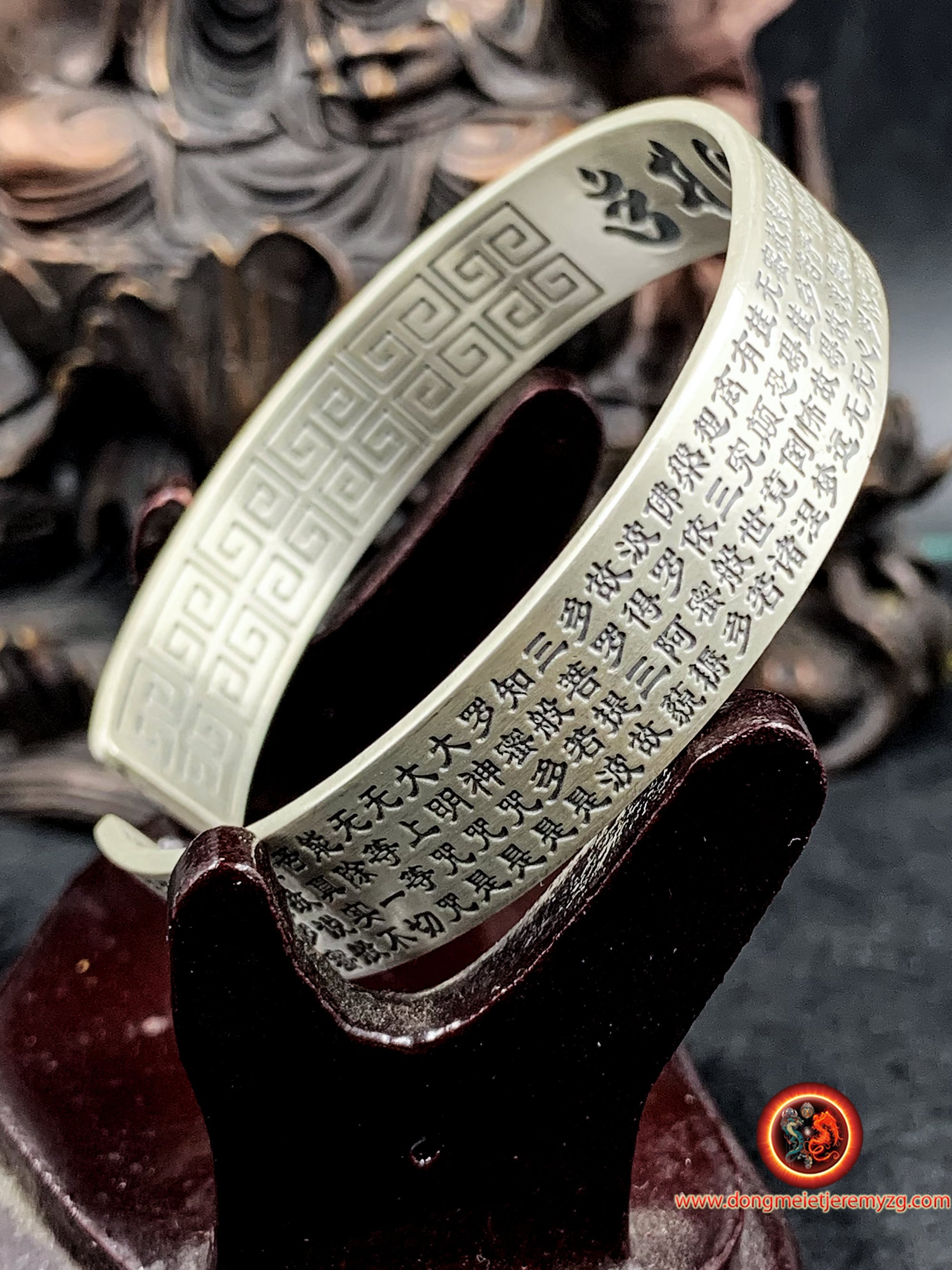 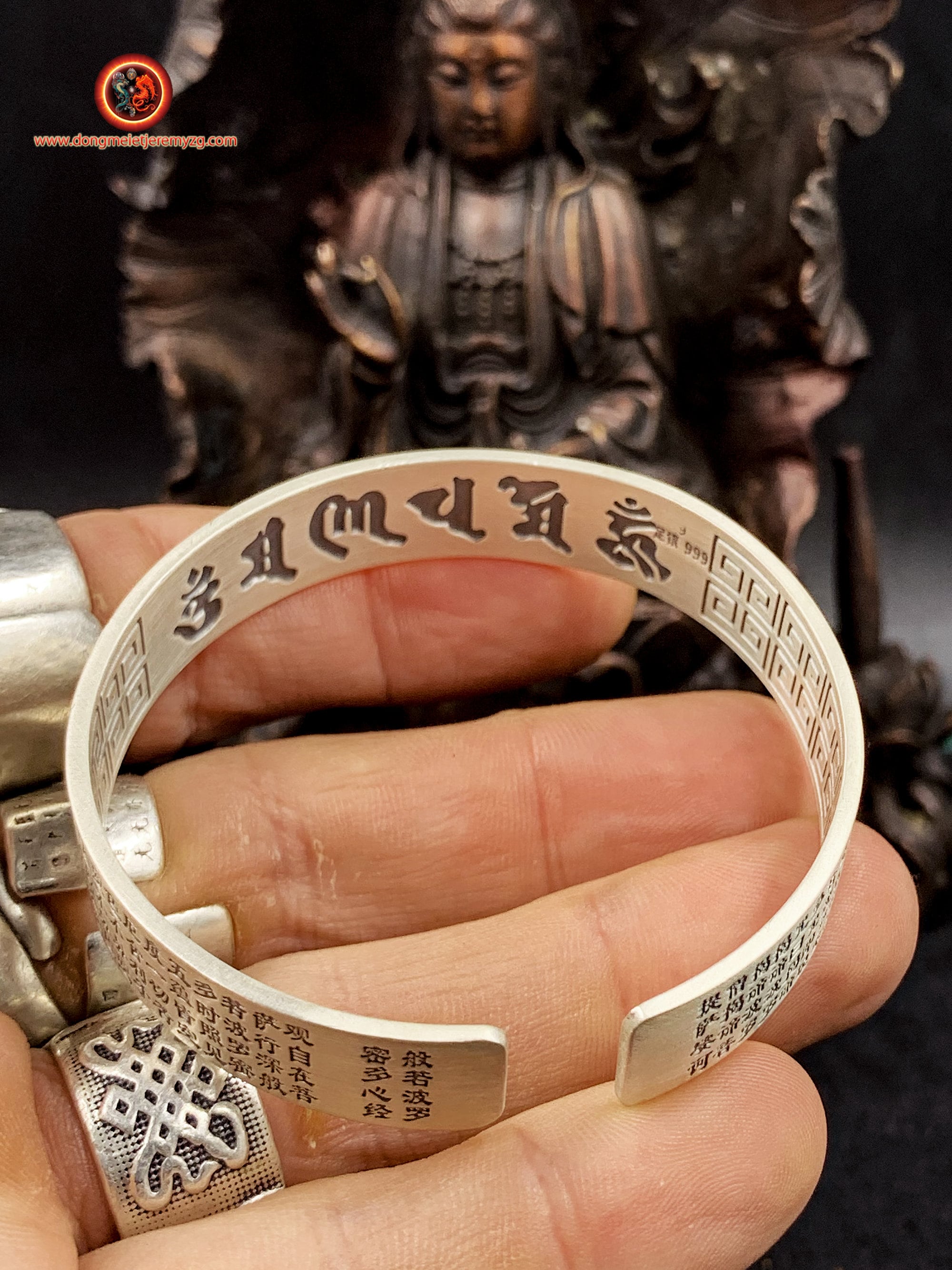 Buddhist rush bracelet, heart Sutra
silver 999/1000th (punched Ag999)
The sutra is engraved on the outside, the mantra of compassion "om mani padme hum" inside

Open bracelet is therefore adjustable to any wrist size, up to the larger sizes.
60mm fully closed rush diameter

Sutra of the Heart translated from Xuanzang, master of the law of the triple basket under the Tang Dynasty

When the bodhisattva Master-in-contemplation practices the deep prajaramitâ, he sees that the five aggregates are all empty and frees himself from all suffering.

Shâriputra, all these elements having the appearance of the void, they do not appear or disappear, they are neither soiled nor pure, they do not grow or decrease. Thus, in a vacuum, there is no form or sensation, perception, mental construction and consciousness.

There is no eye, ear, nose, tongue, body or mind. There is no form, sound, smell, flavor, tangible or element. There is no field of visuals and so on there is no area of mental consciousness.

As the bodhisattva relies on the prajara versa, its mind is no longer ineclused and as it knows no more impediment, it is devoid of fear. Freed from misunderstandings and illusory thoughts, he accessed nirvana. As the Buddhas of the three times rely on the prajaramitâ, they realize the anuttarâ samyak sambodhi.