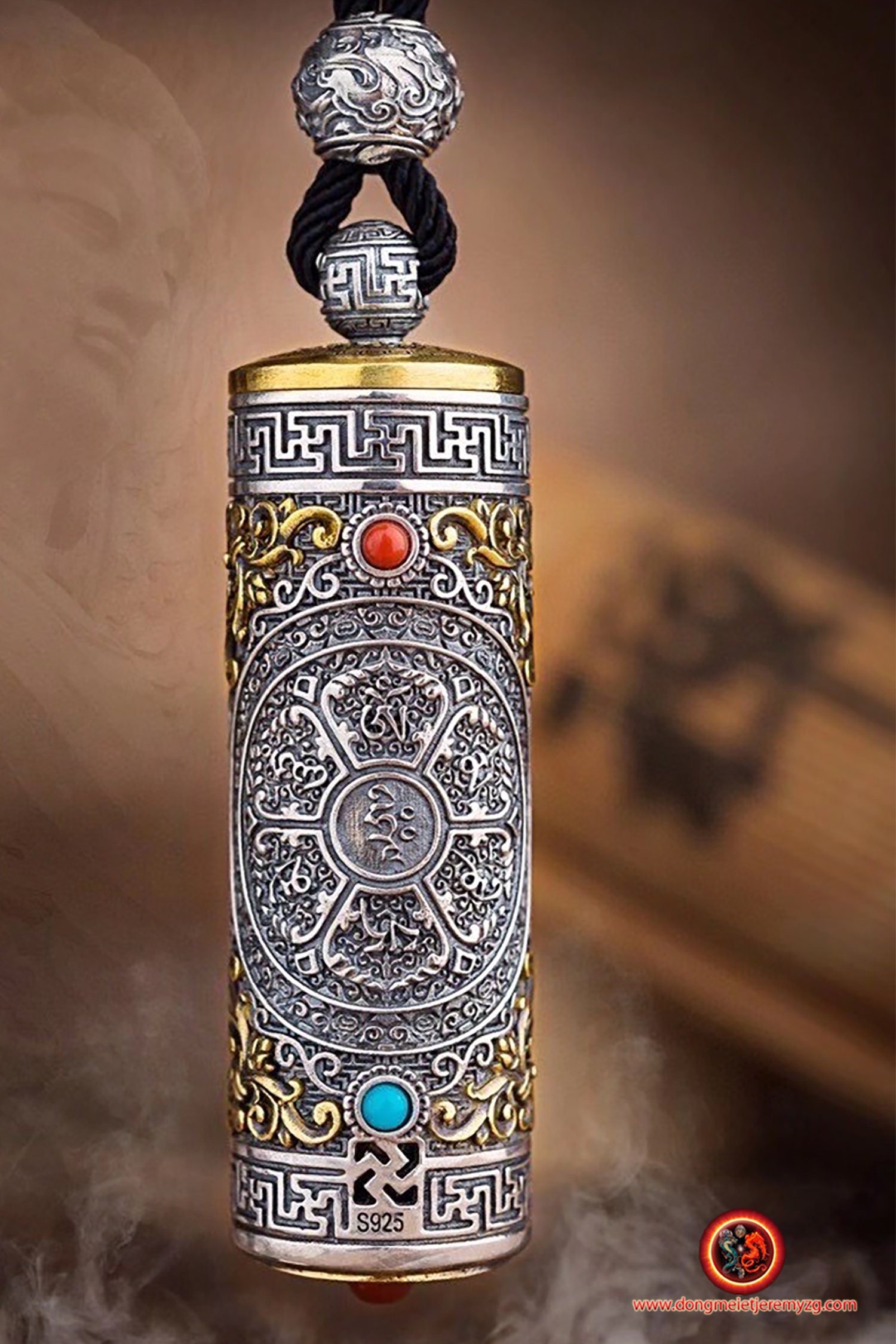 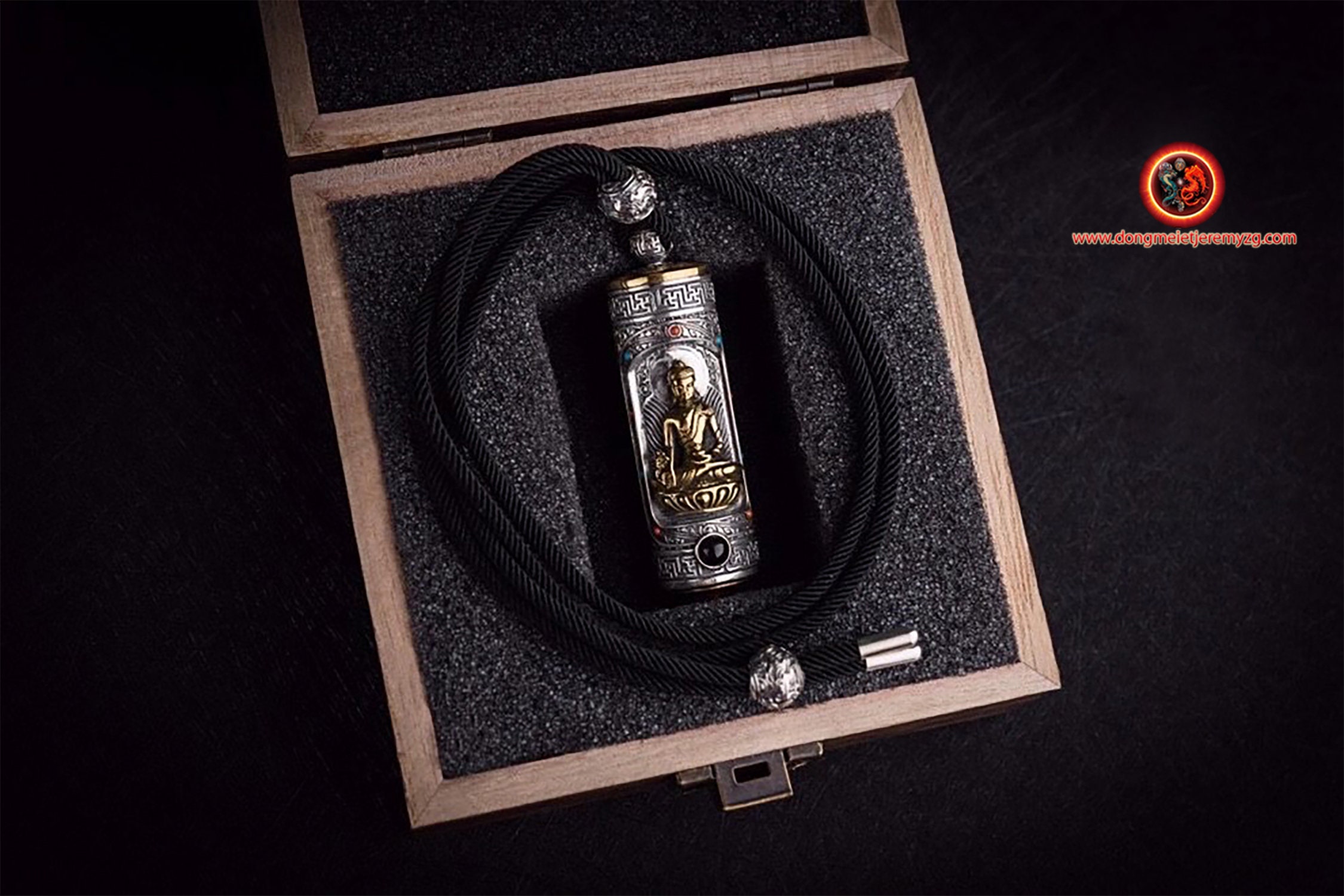 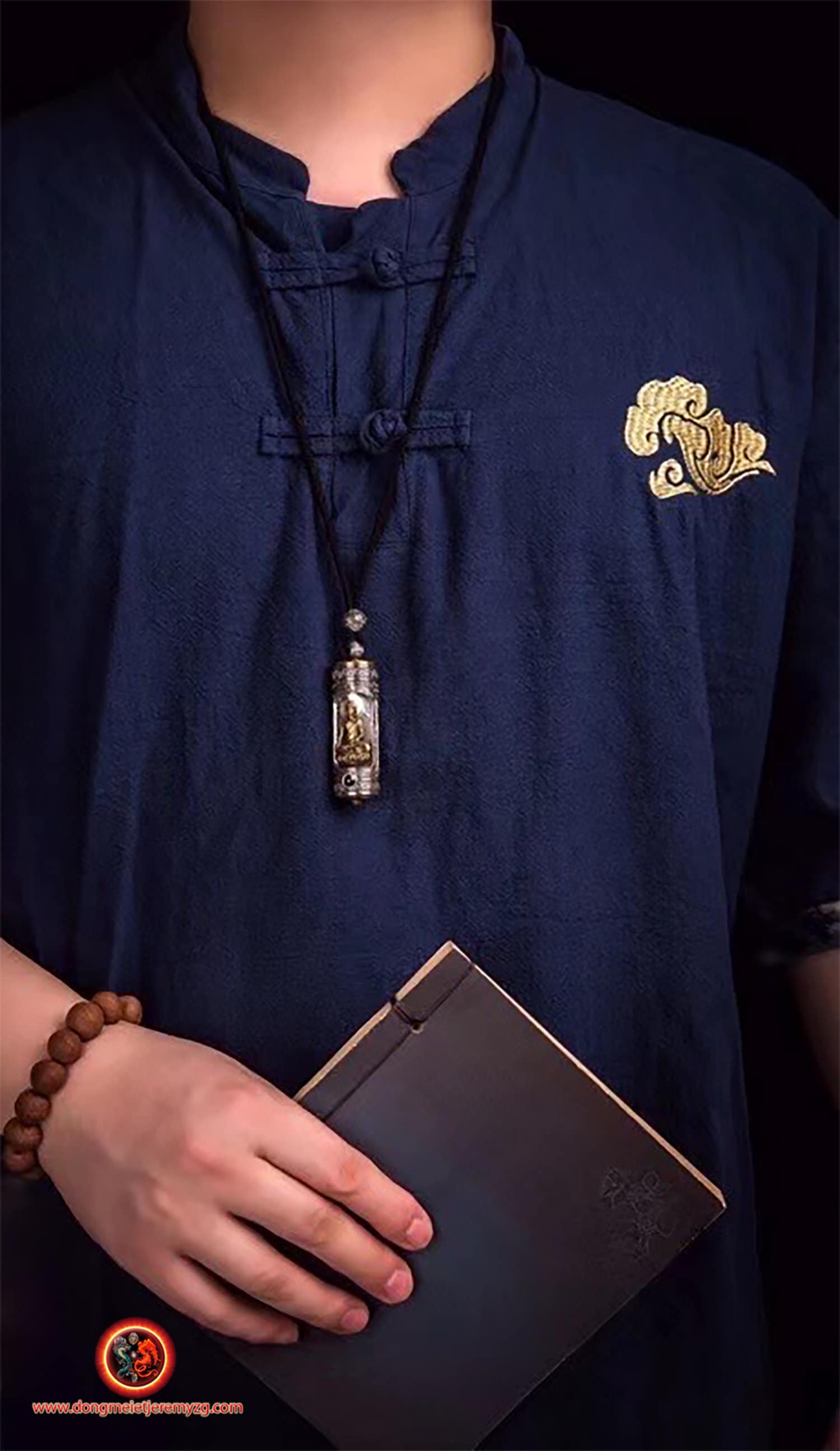 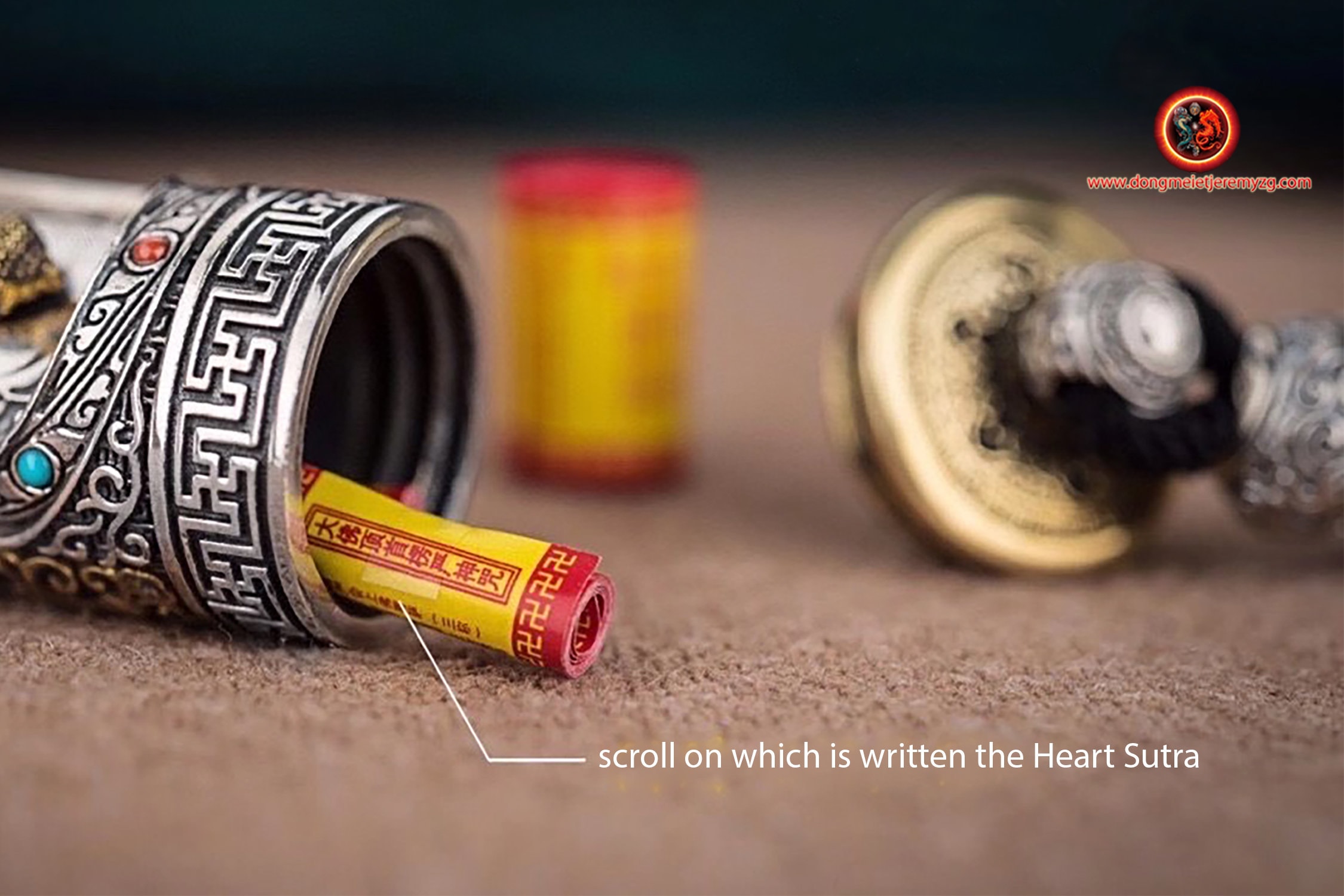 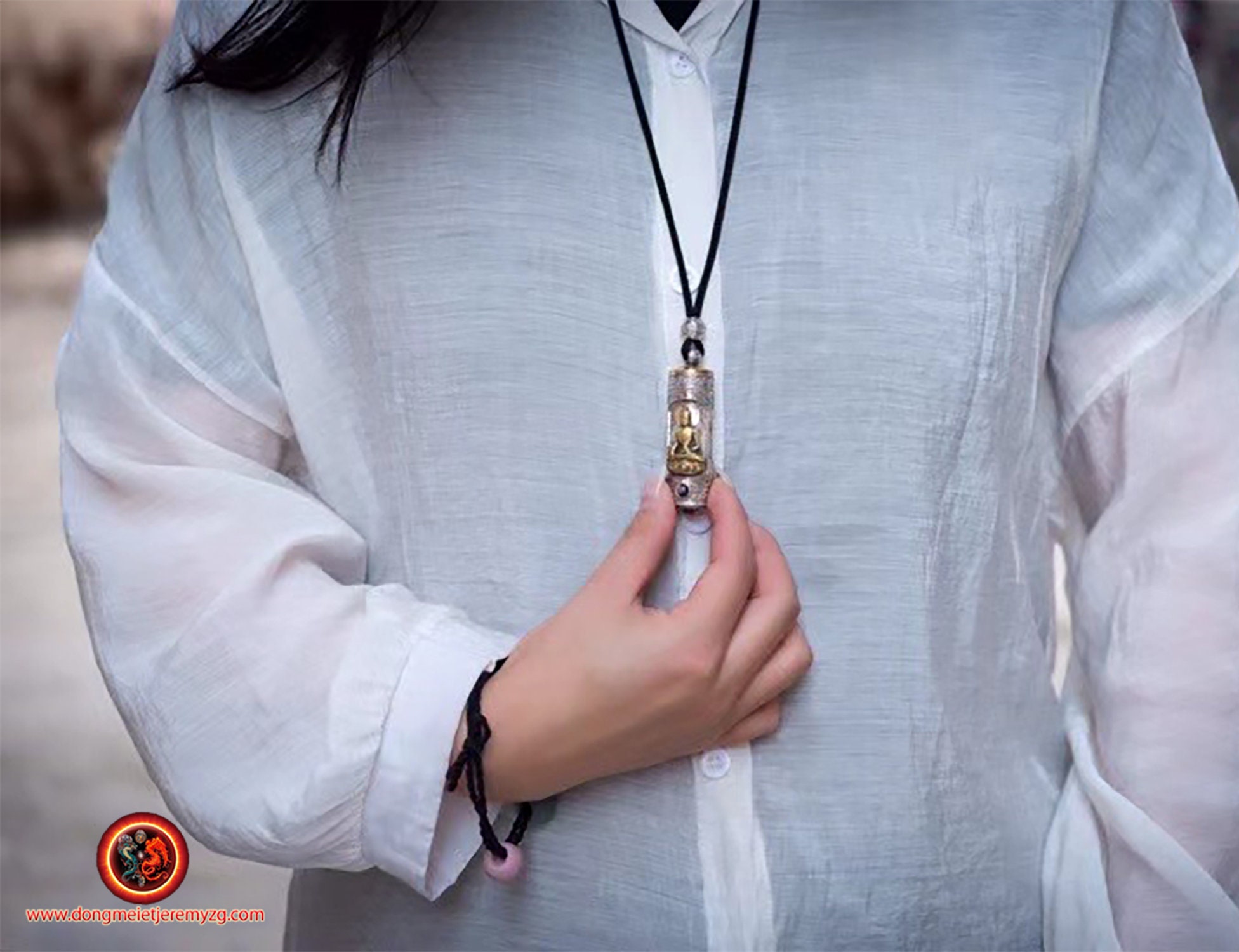 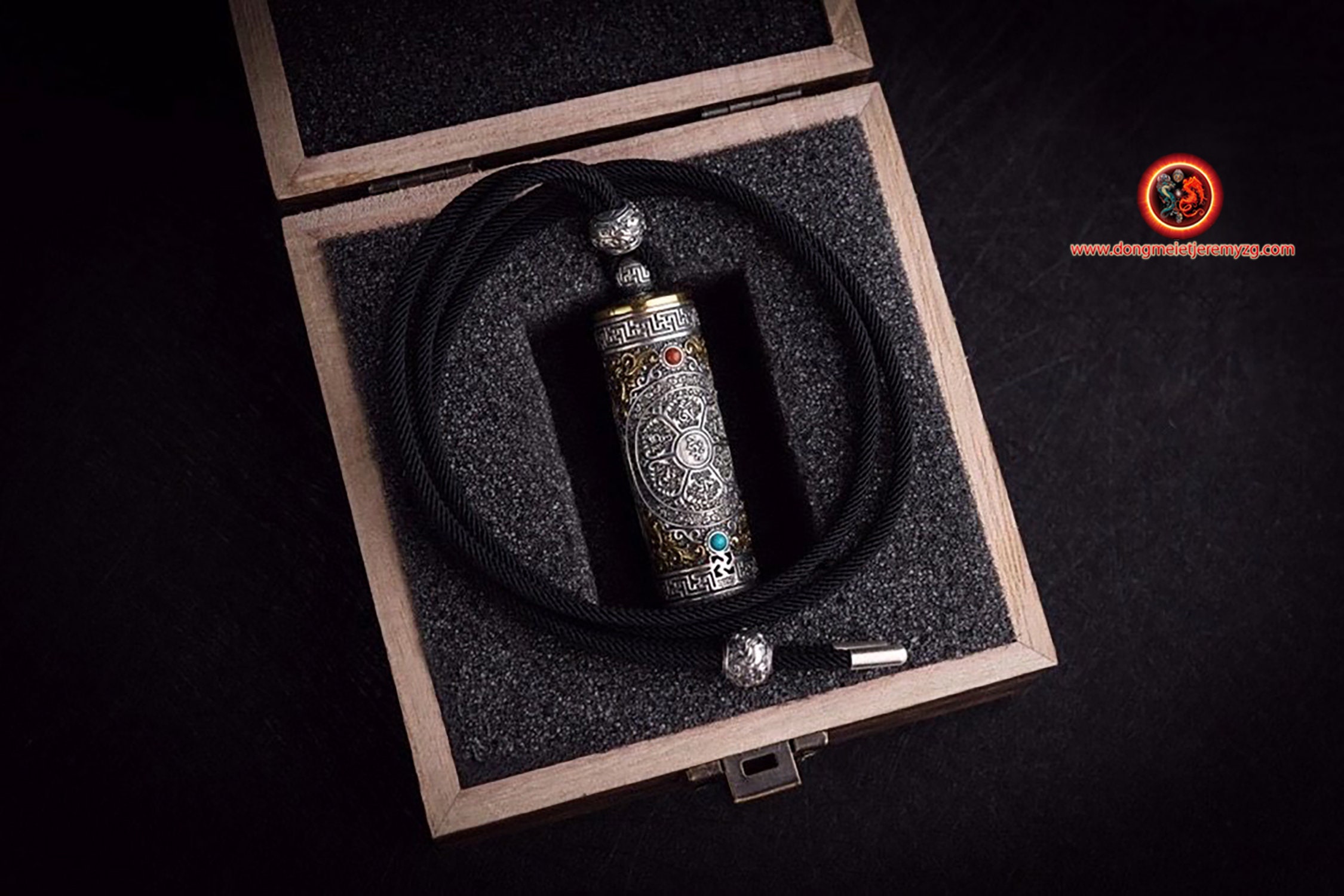 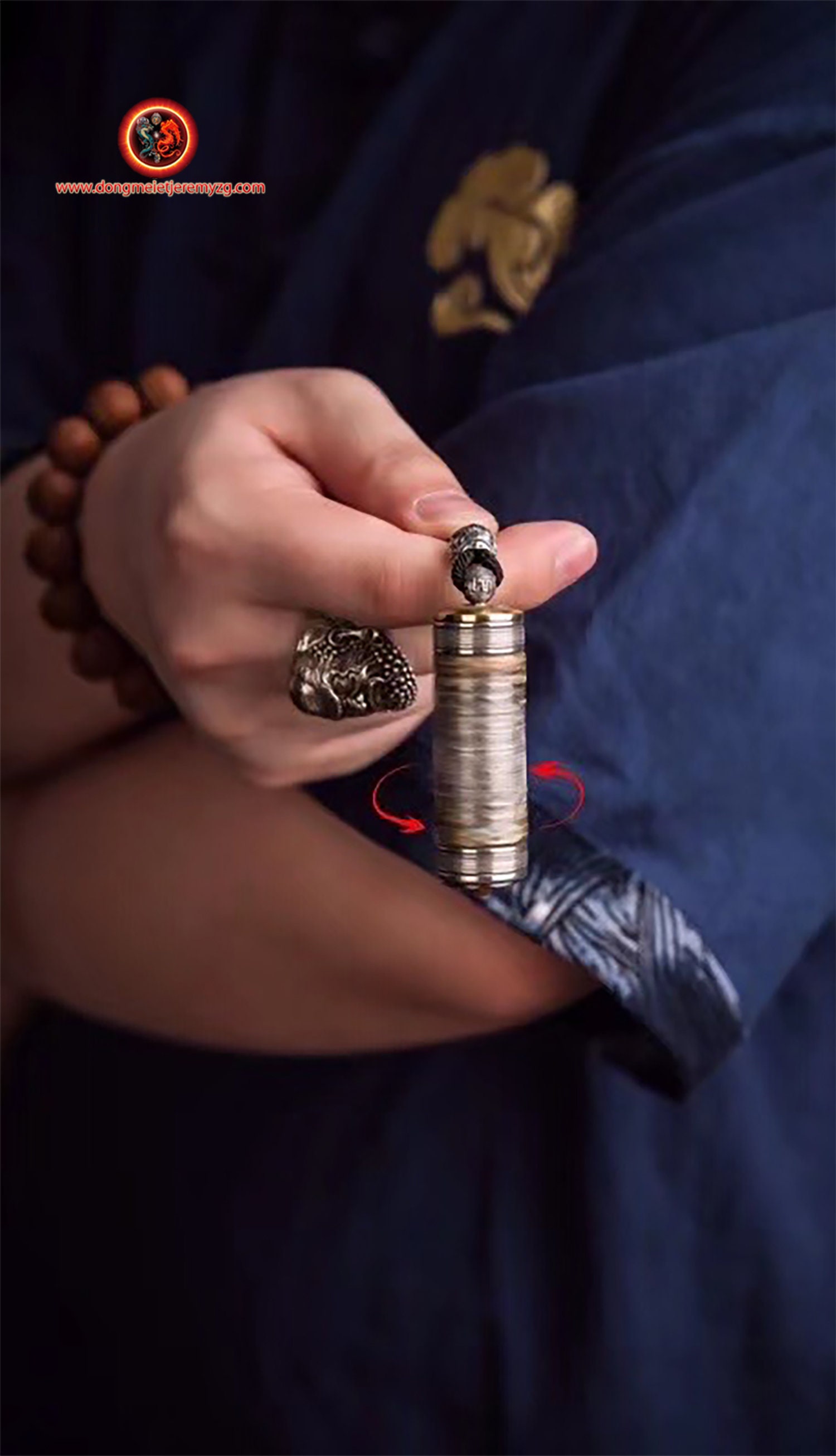 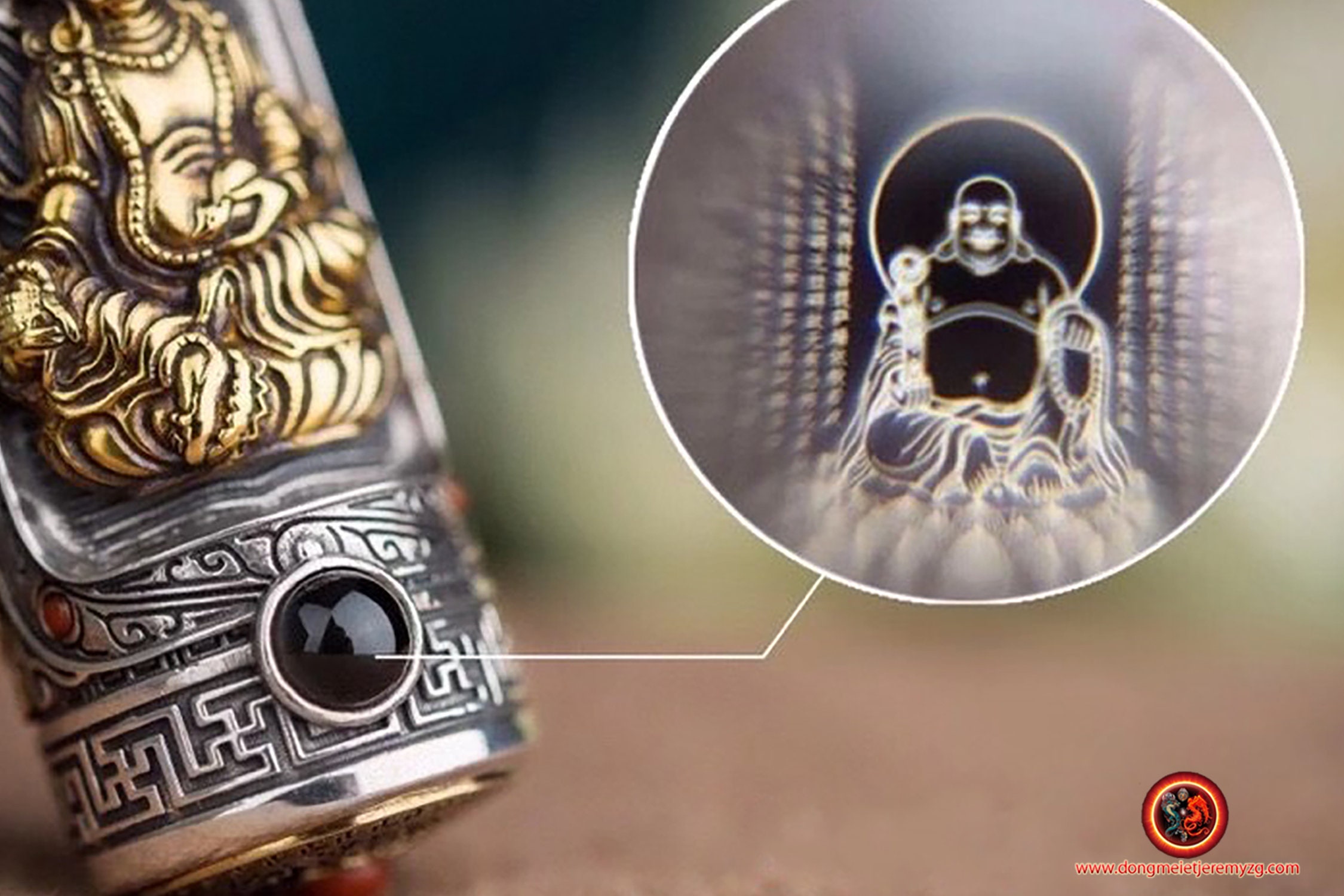 Amulet revolving like Tibetan prayer mills.
Roll on which is inscribed the sutra of the heart inside as shown in the fourth photo.
As shown in the video as an example, the heart sutra is also inscribed in nano script visible by a magnifying glass effect.