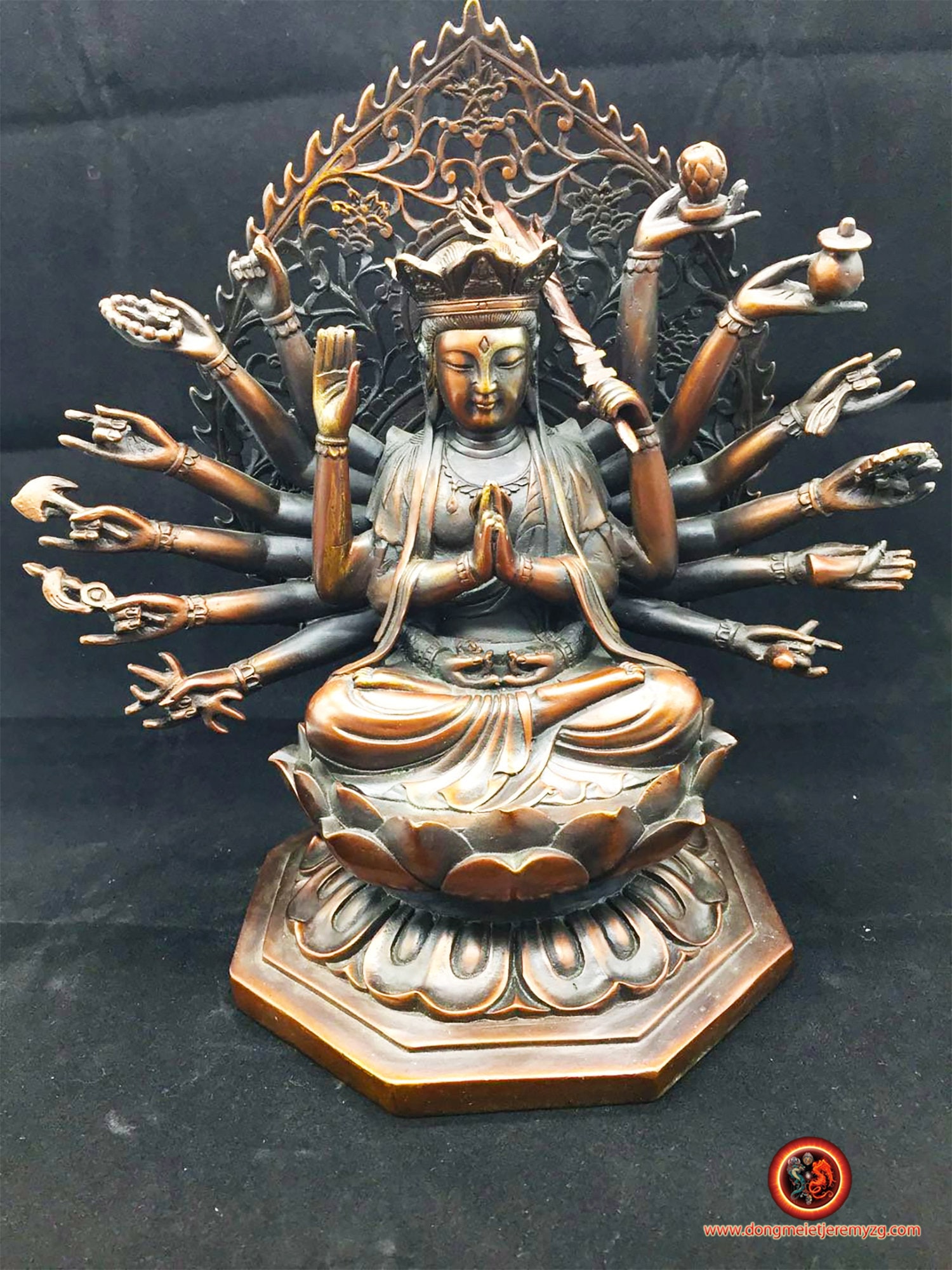 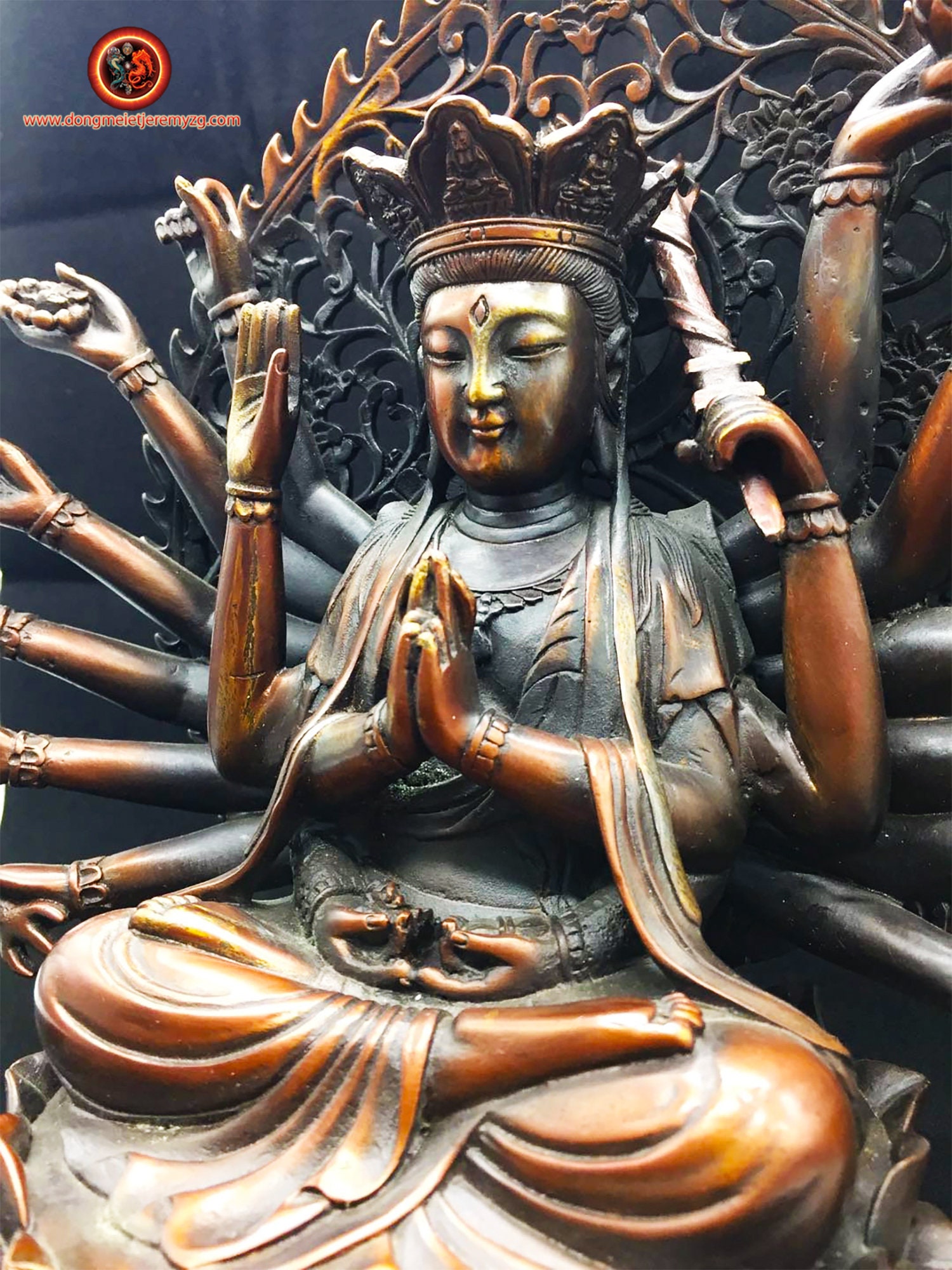 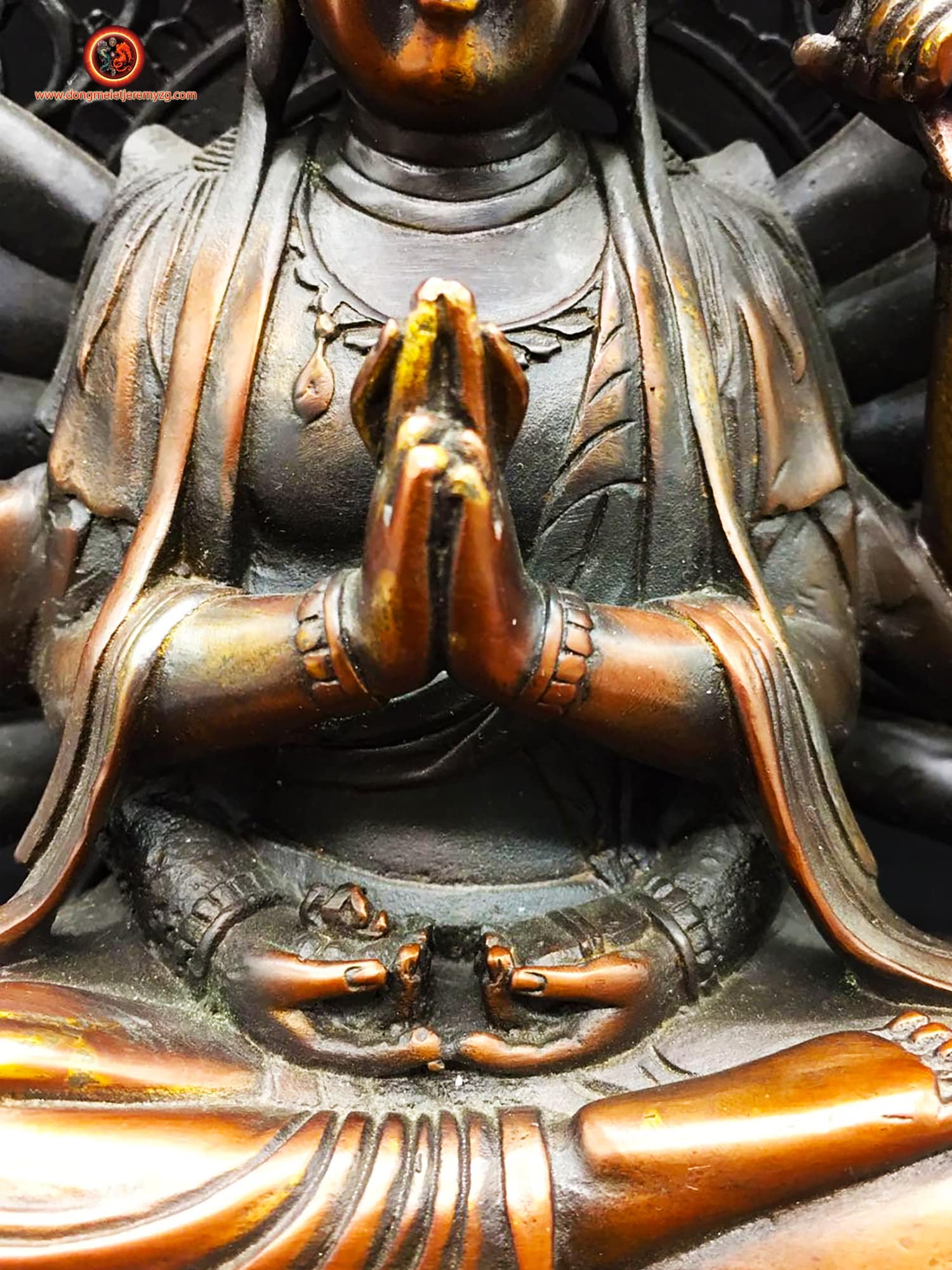 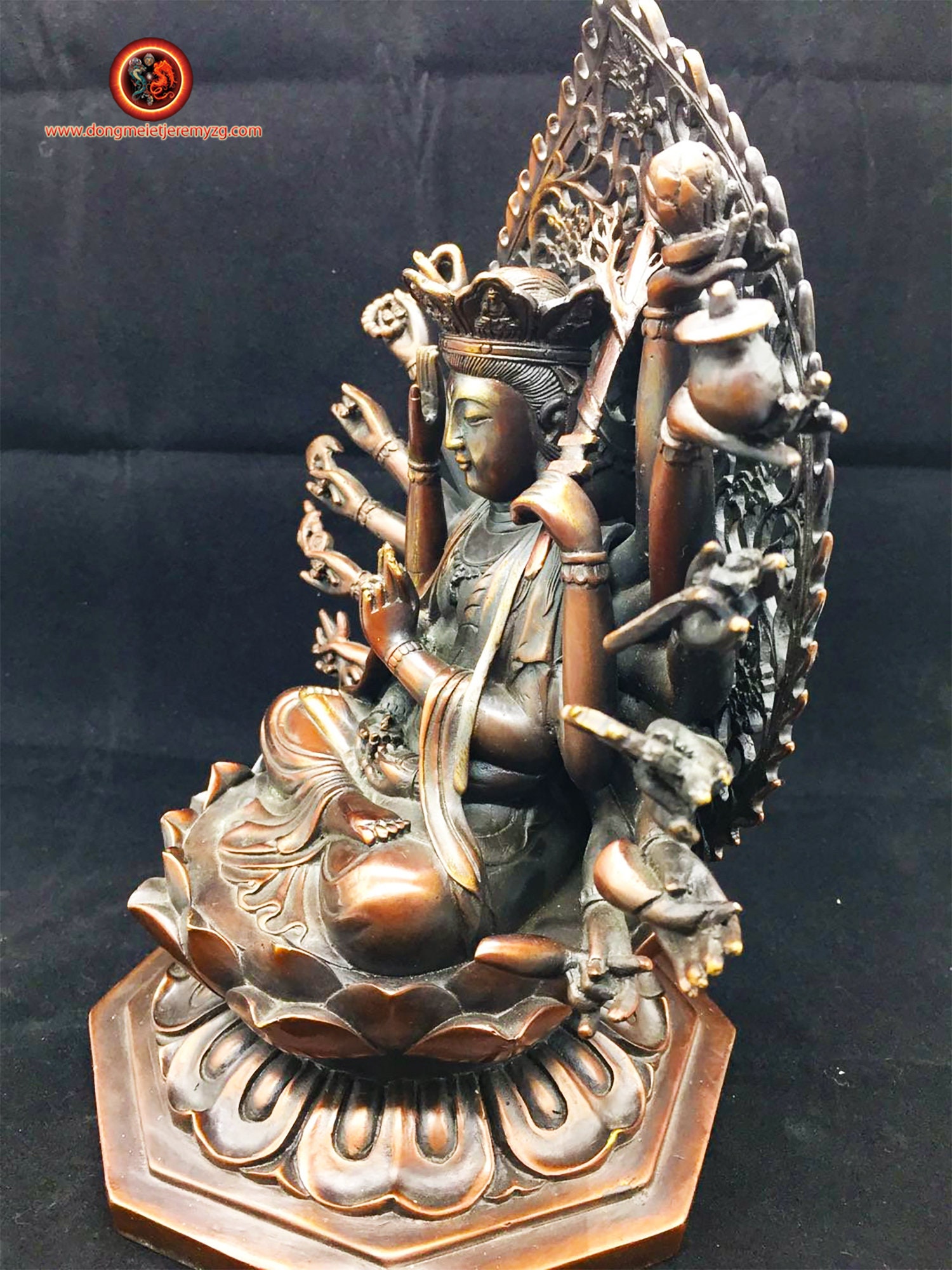 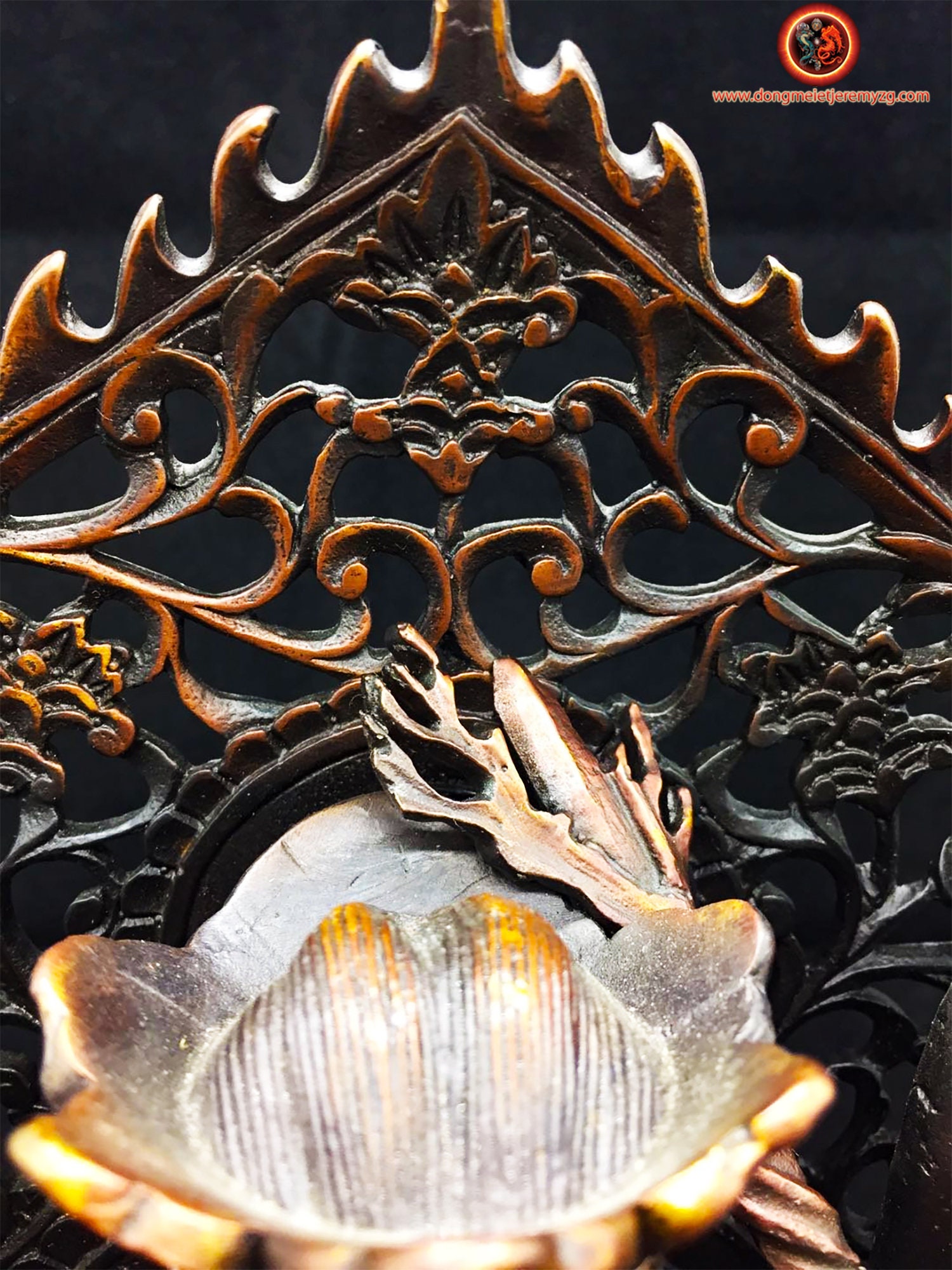 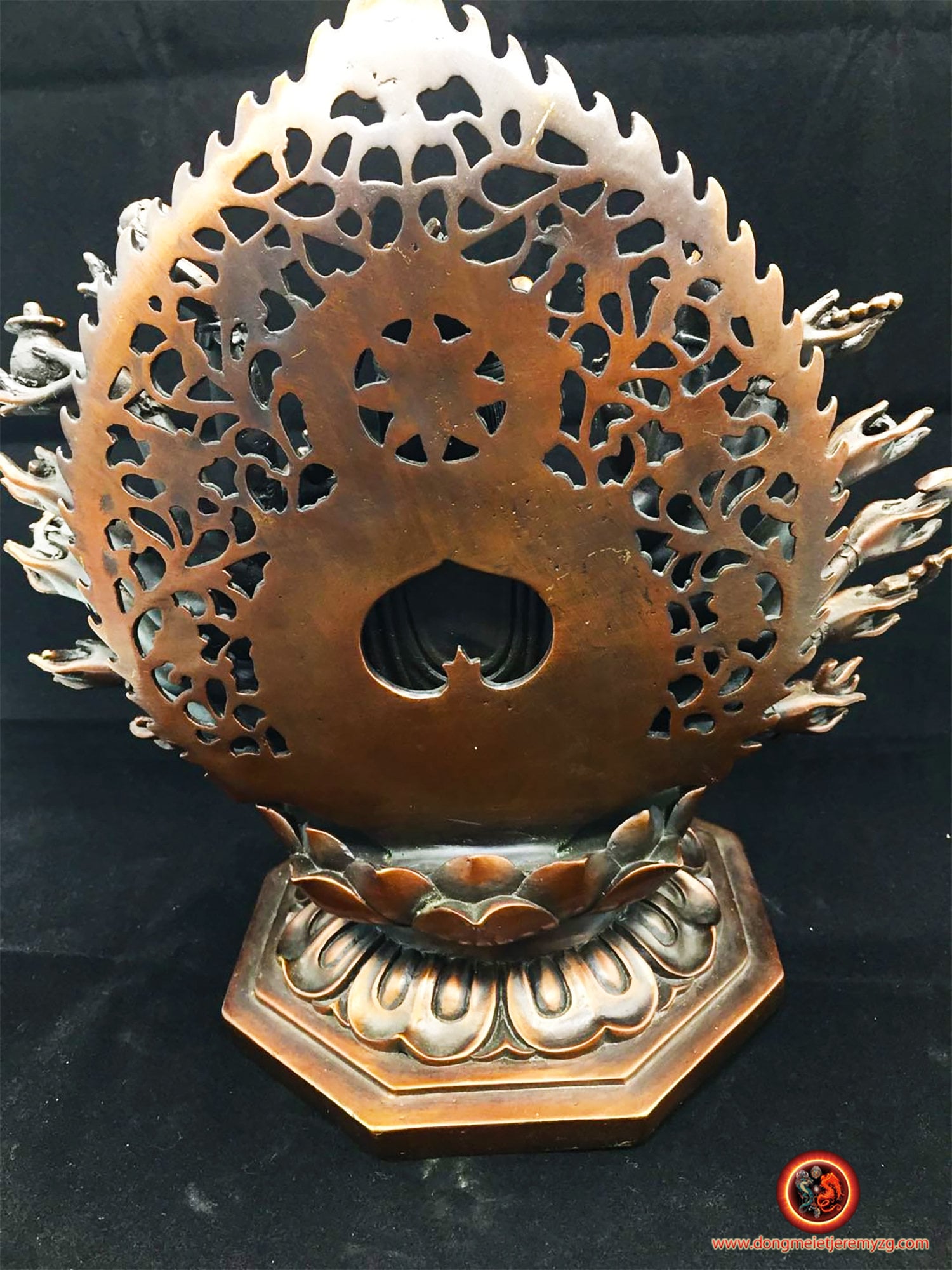 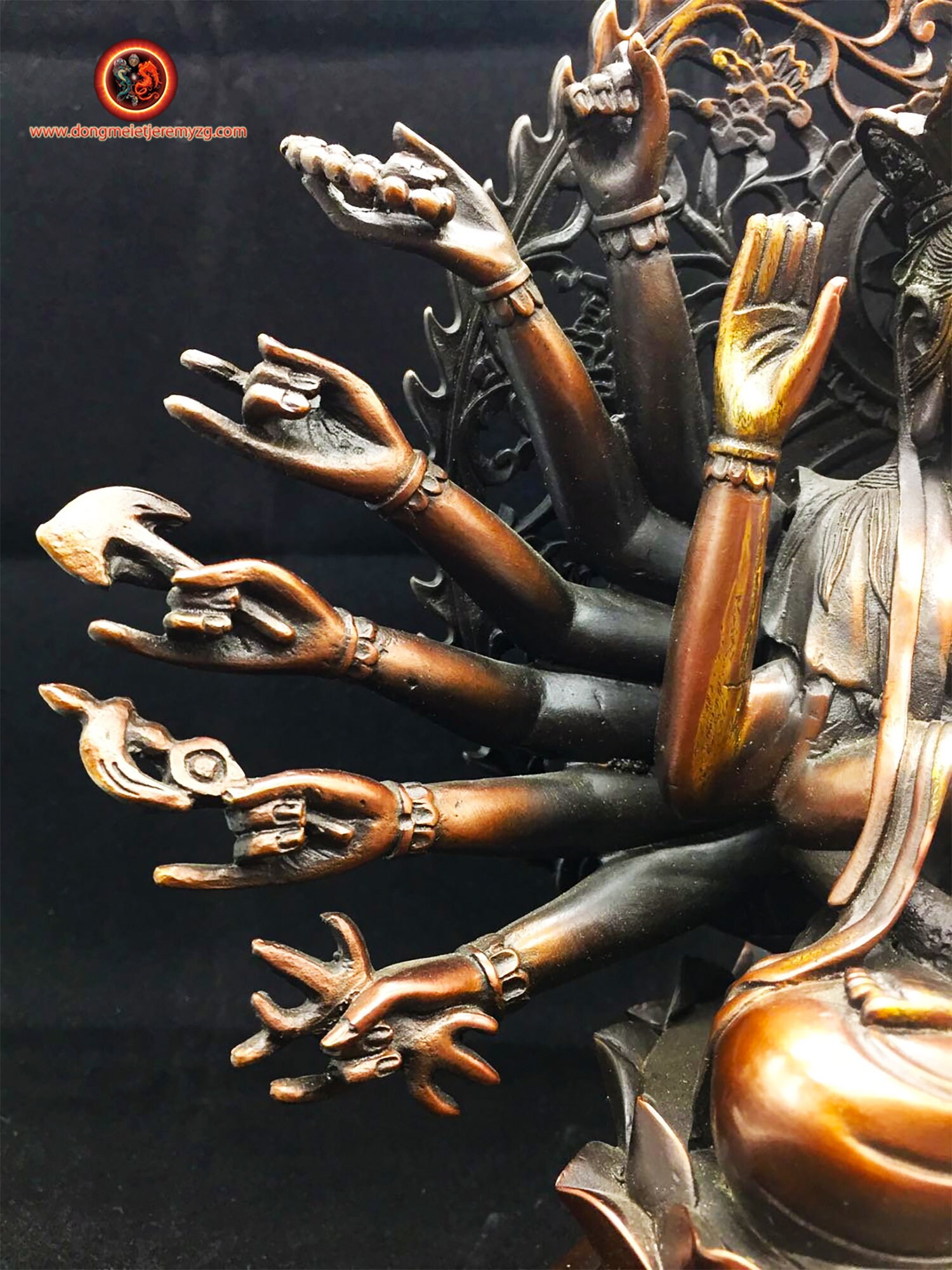 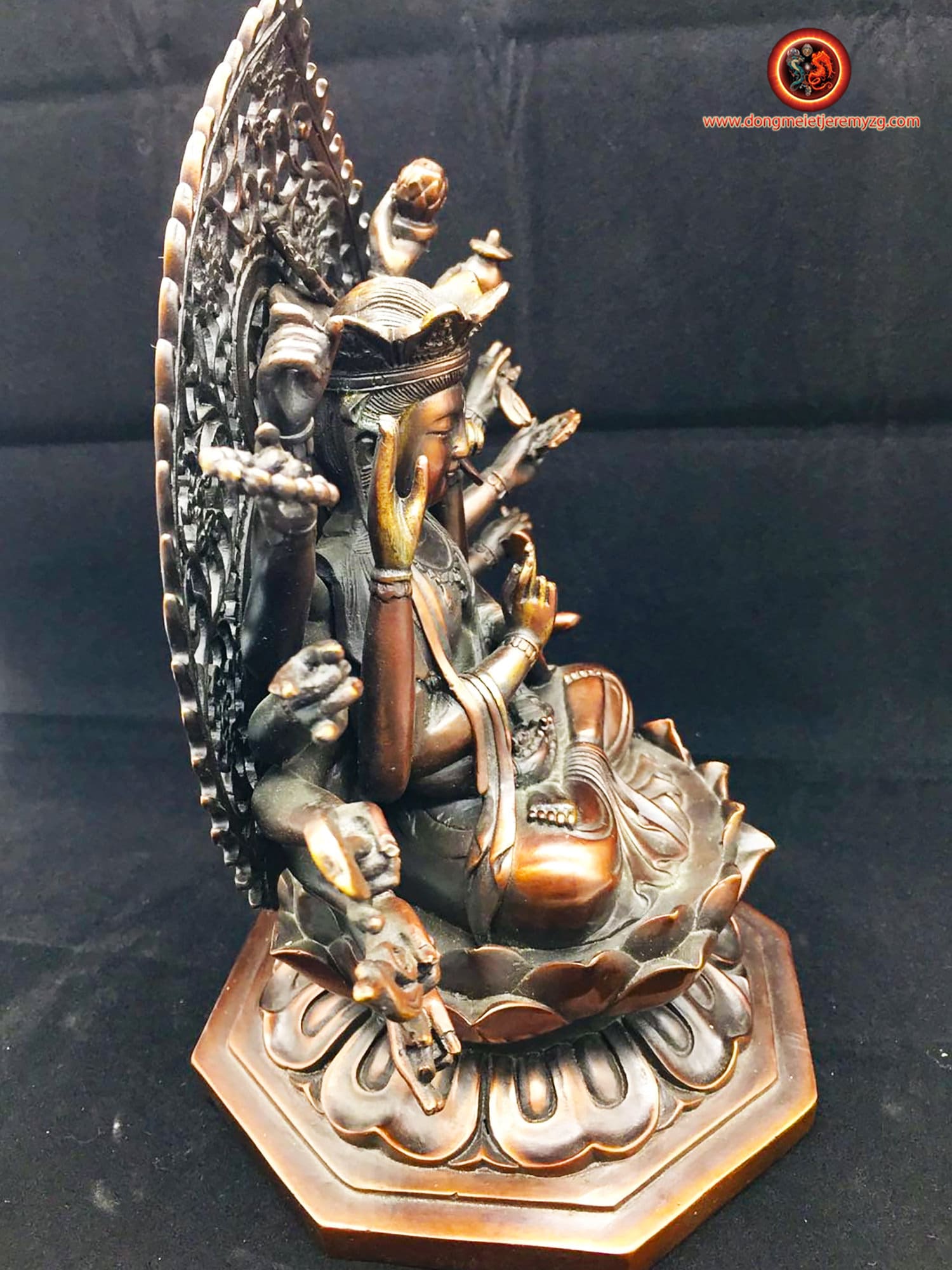 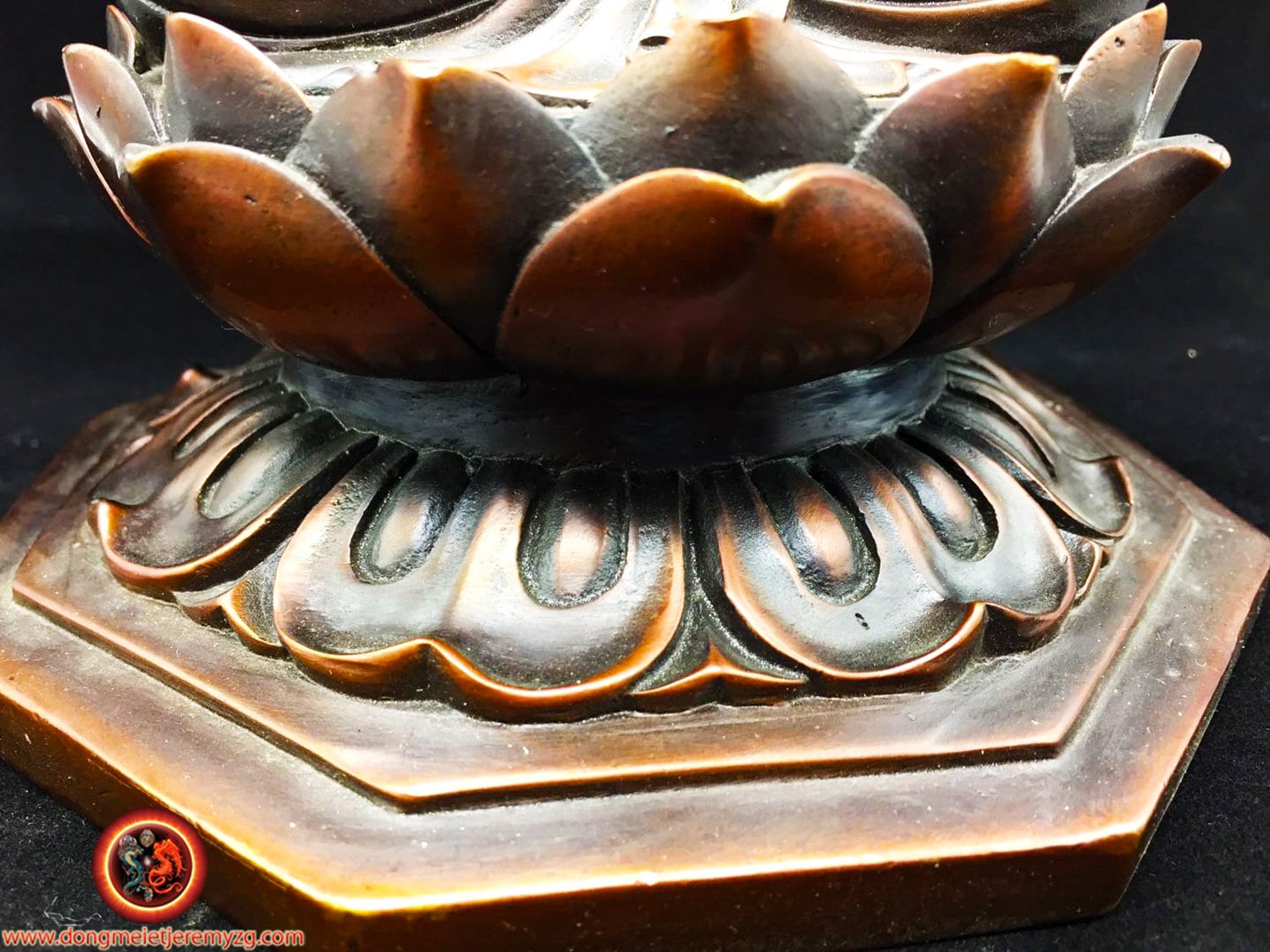 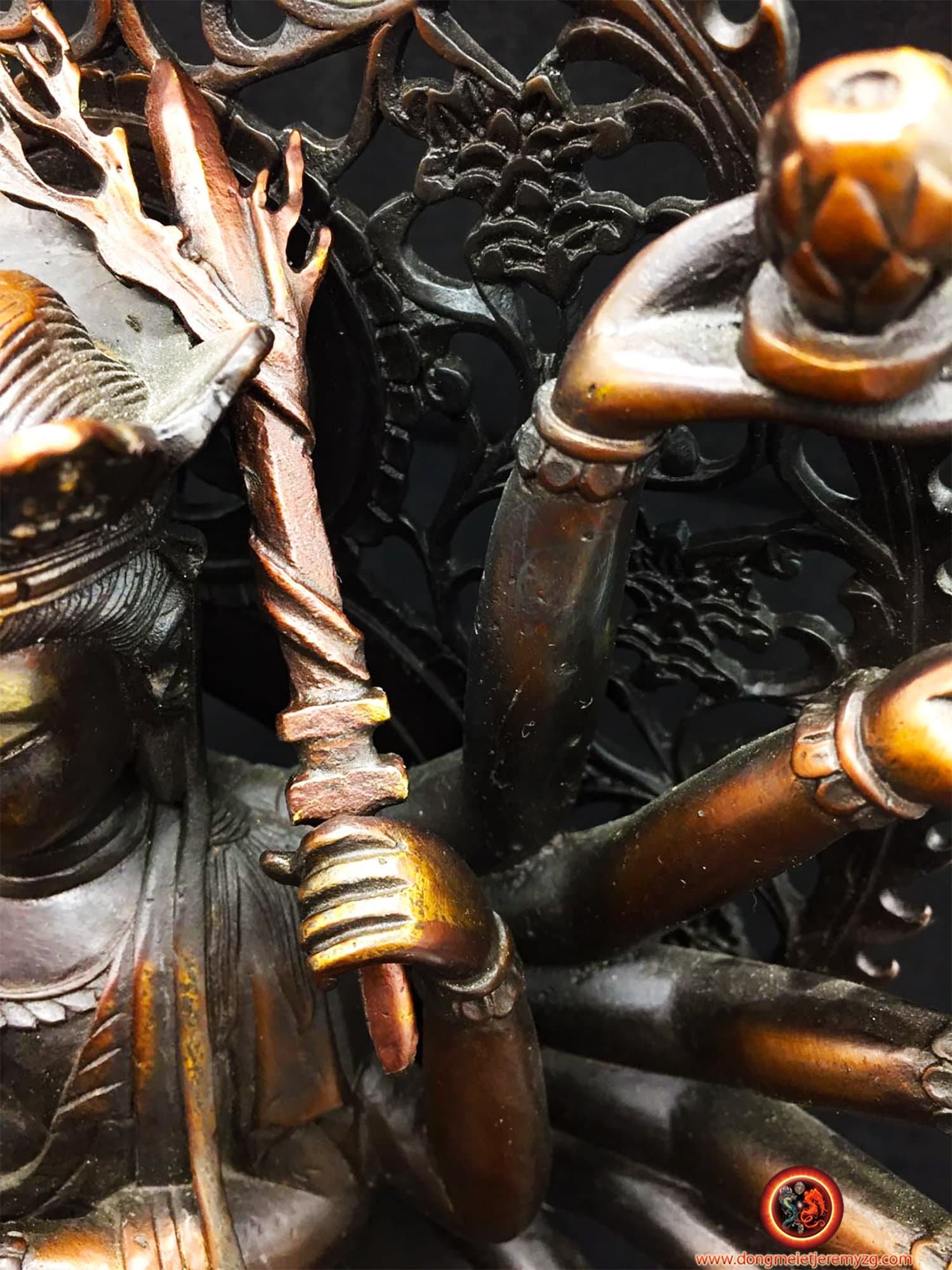 Buddhist statuette bronze and copper bodhisattva Avalokitesvara
Height of 28 cm.
The bronze used is called purple bronze. It is a high-quality bronze, holding its characteristic color to a high copper content.