Mala, Buddhist rosary, 110 beads of Abelia biflora. beads of 6mm diameter each, native to the sacred mount of Manjushri wutaishan 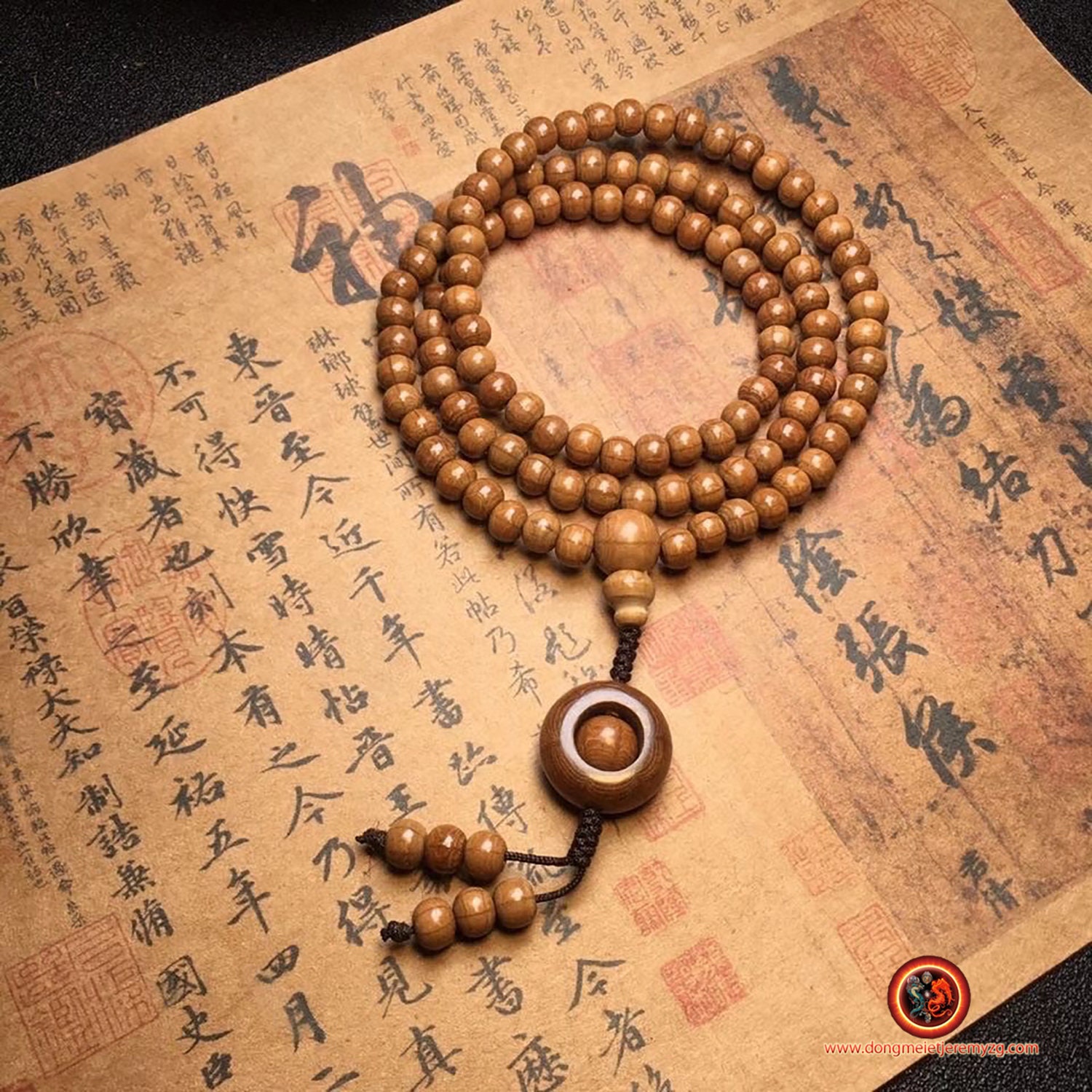 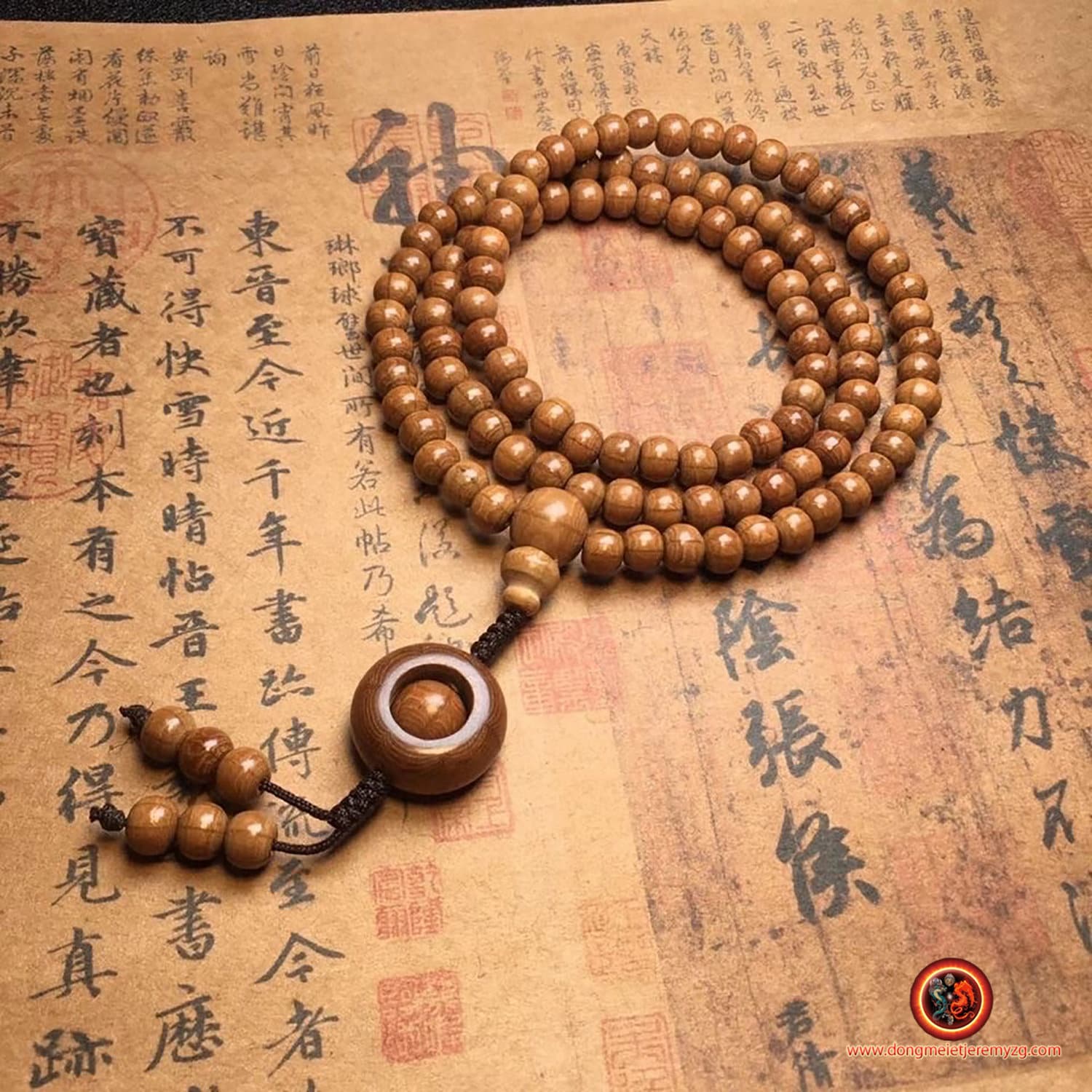 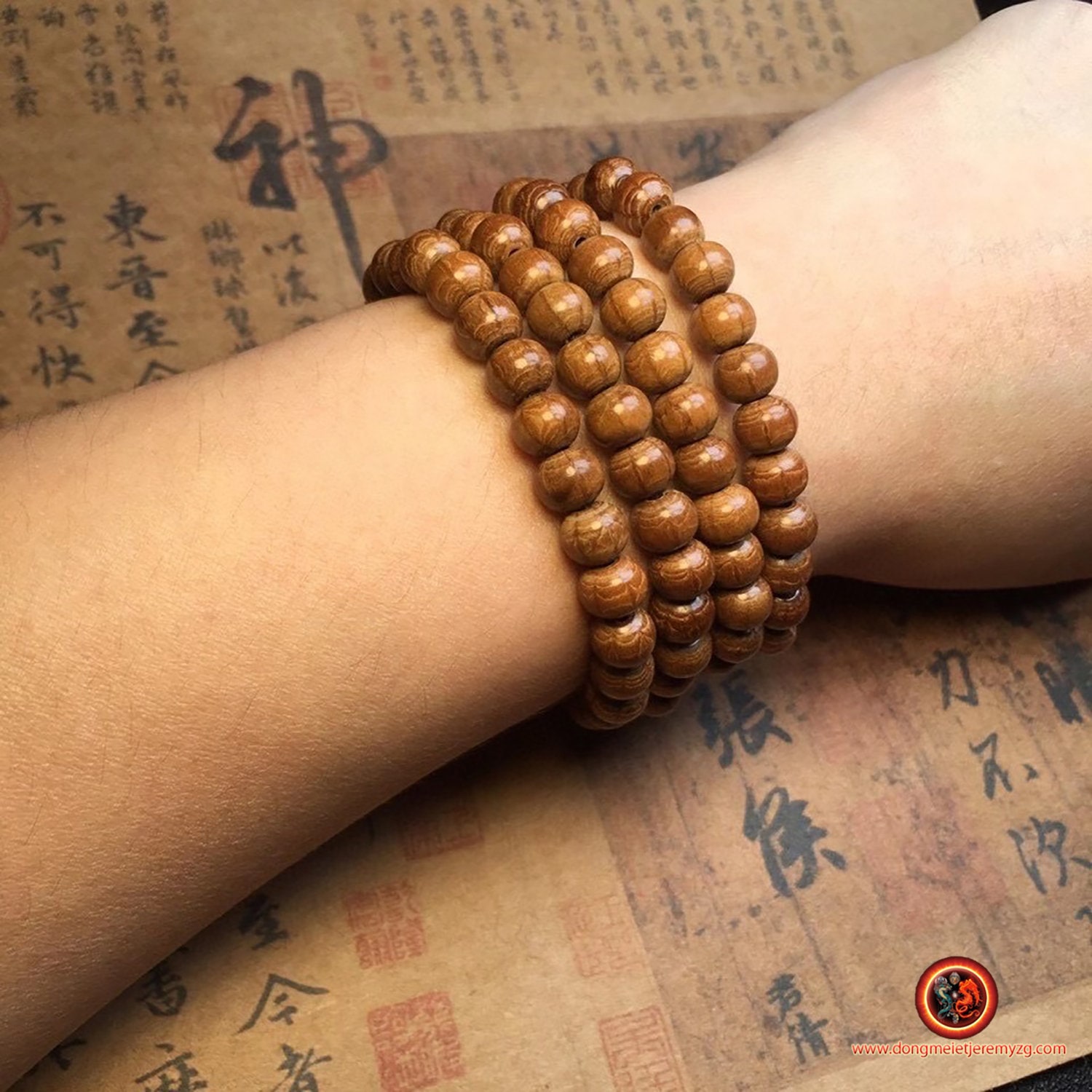 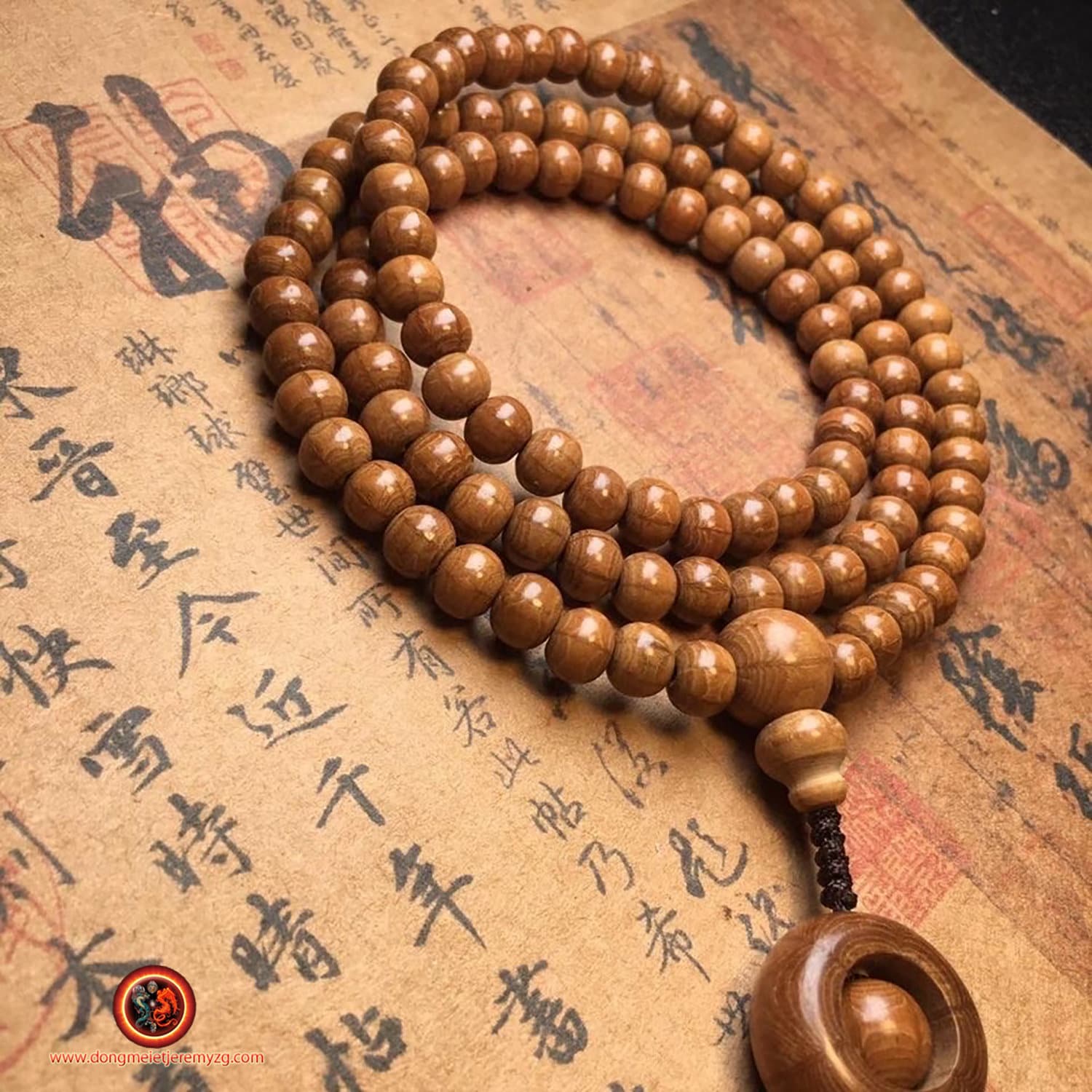 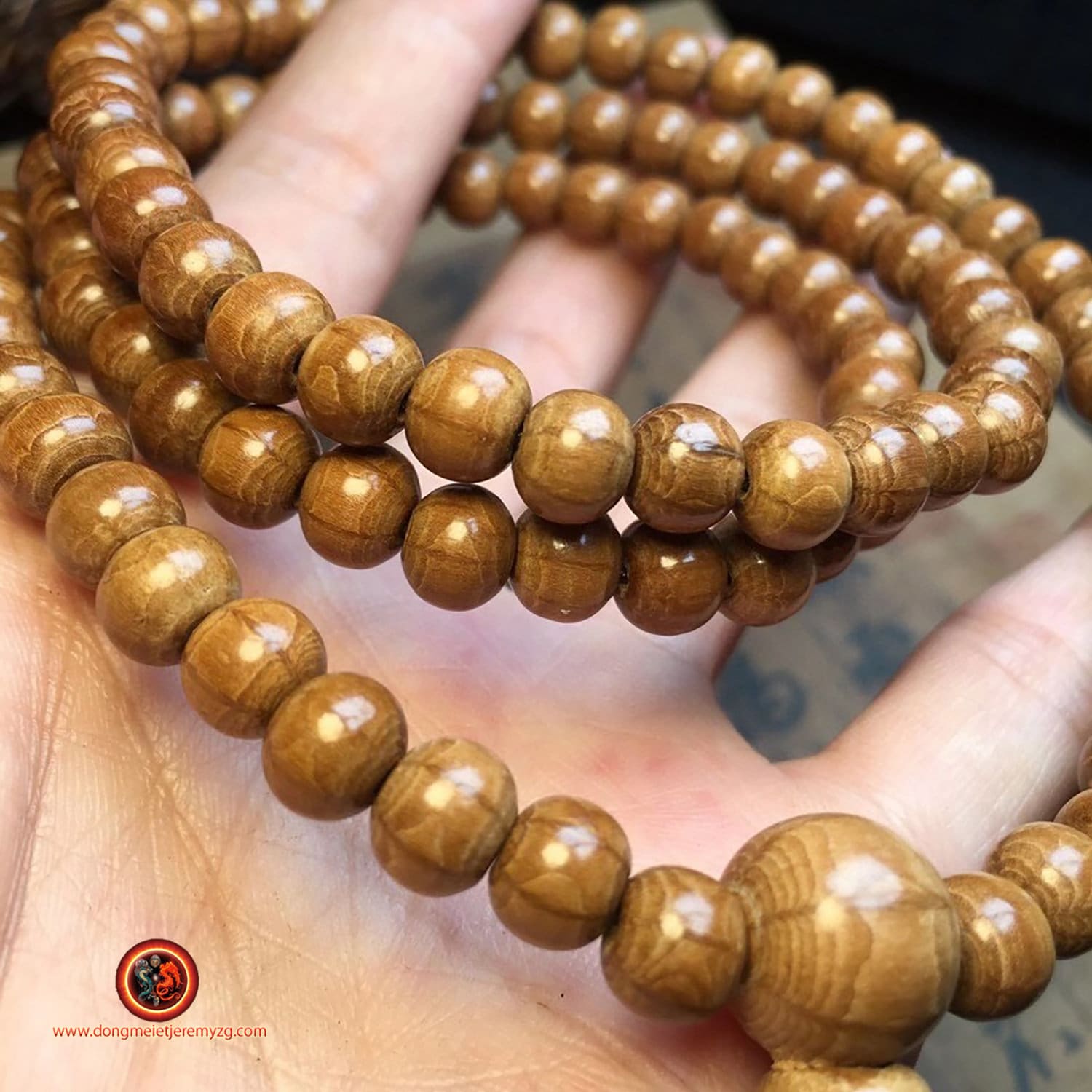 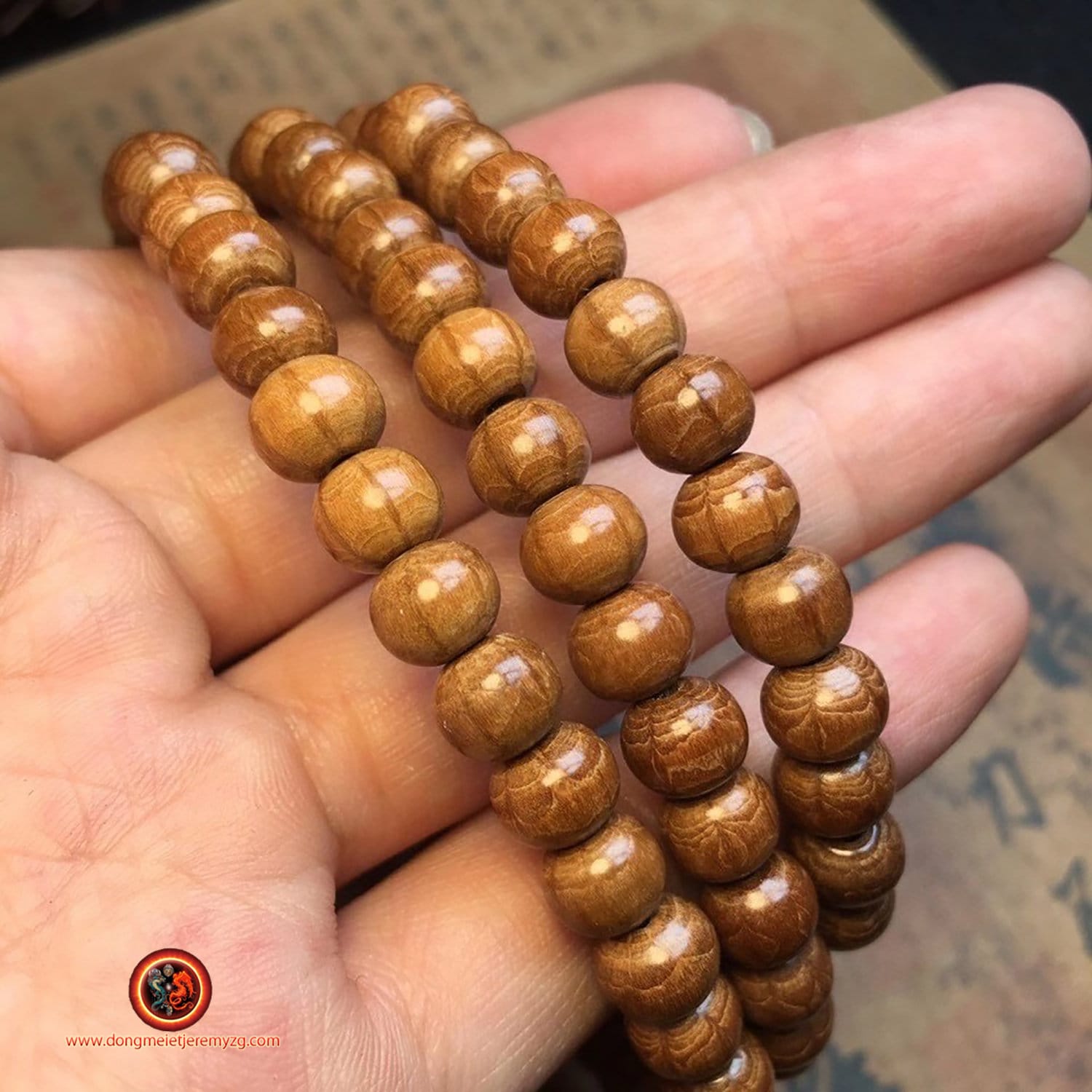 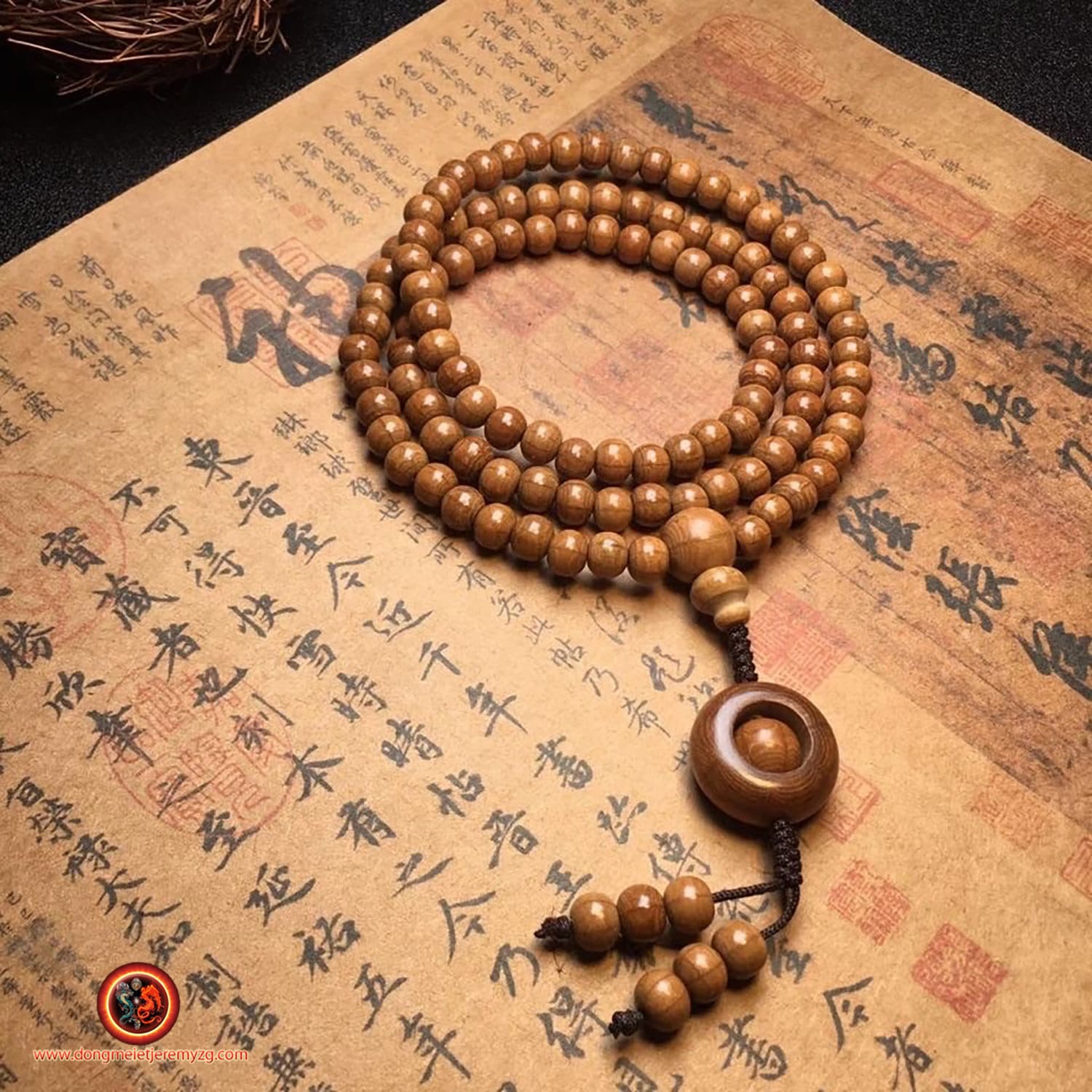 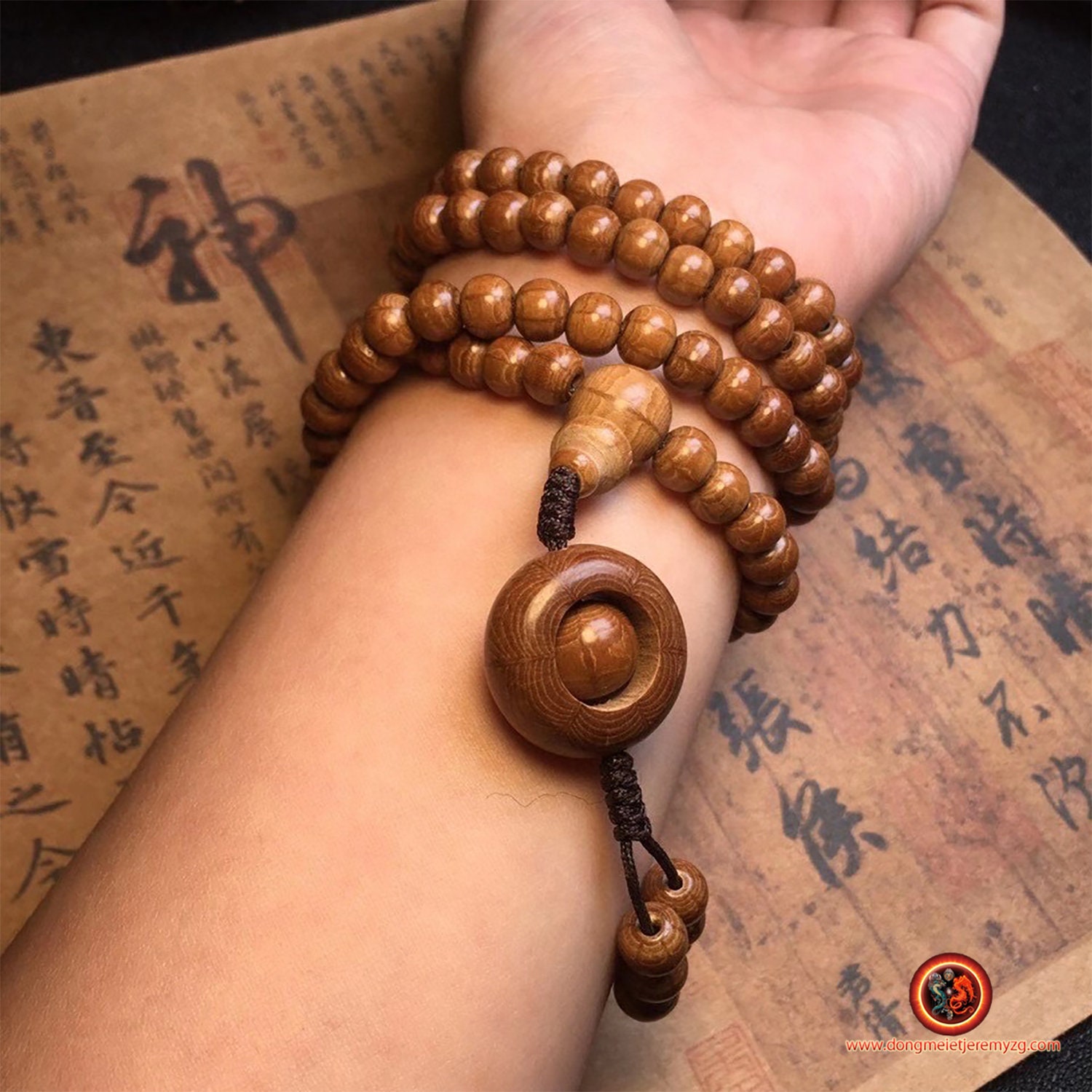 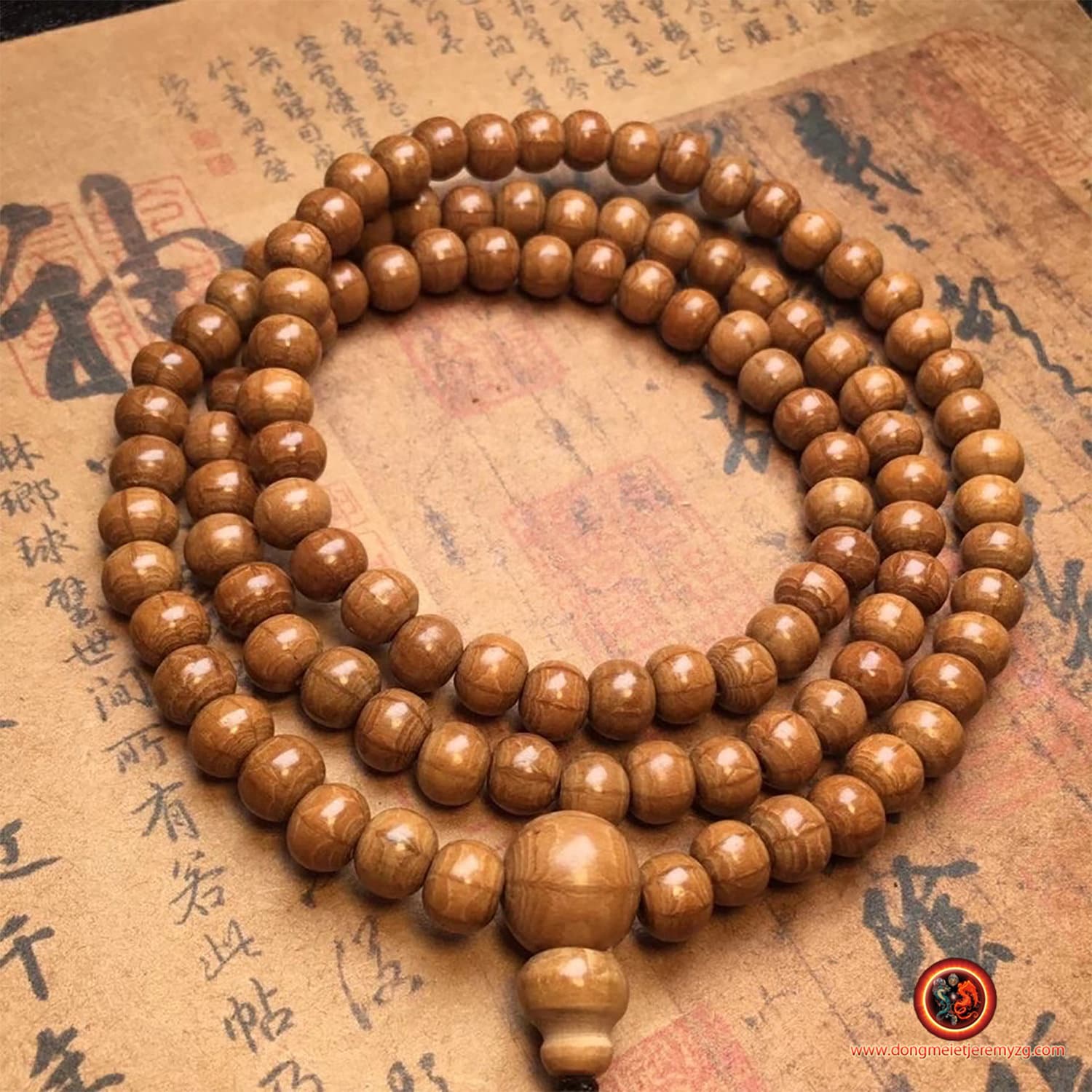 Abelia biflora is a species of the genus Abelia, which includes about 39 to 45 species and belongs to the family Caprifoliaceae (Caprifoliaceae)
Abélia is a genus of flowering shrubs, with evergreen or semi-evergreen foliage, mainly from Asia. Abelias measure from 1 to 4 meters depending on the species. Their flowering period extends from May to the first frosts, where thousands of pink or white bells follow one another. After that, each seed formed, is protected by a flattened achene
"Dr. Clarke Abel (...) doctor of the British embassy led by Lord Amberst in Beijing (...) did not fail to visit the splendid Chinese gardens and made several discoveries, including that of the shrub to which his friend, the illustrious Robert Brown (1773-1858), was to give his name, A. chinensis, by creating for this species the new genus Abelia, around 1825."
Larousse des arbres by Jacques Brosse

This wood comes from the sacred Buddhist mountain of wutaishan, the world pilgrimage site of the bodhisattva Manjushri. This wood is also used in Taoism by exorcist sorcerer monks to scare away ghosts and evil spirits.