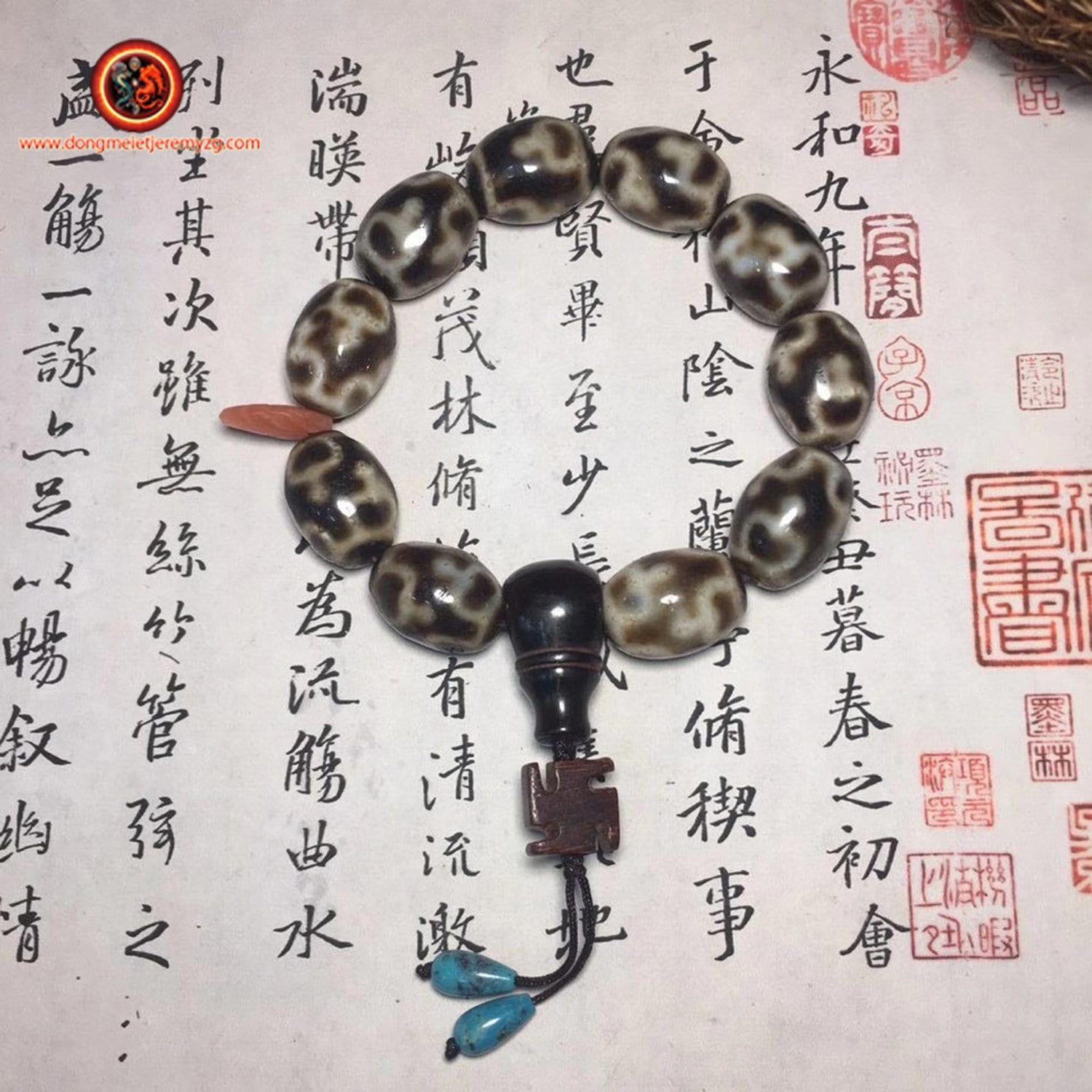 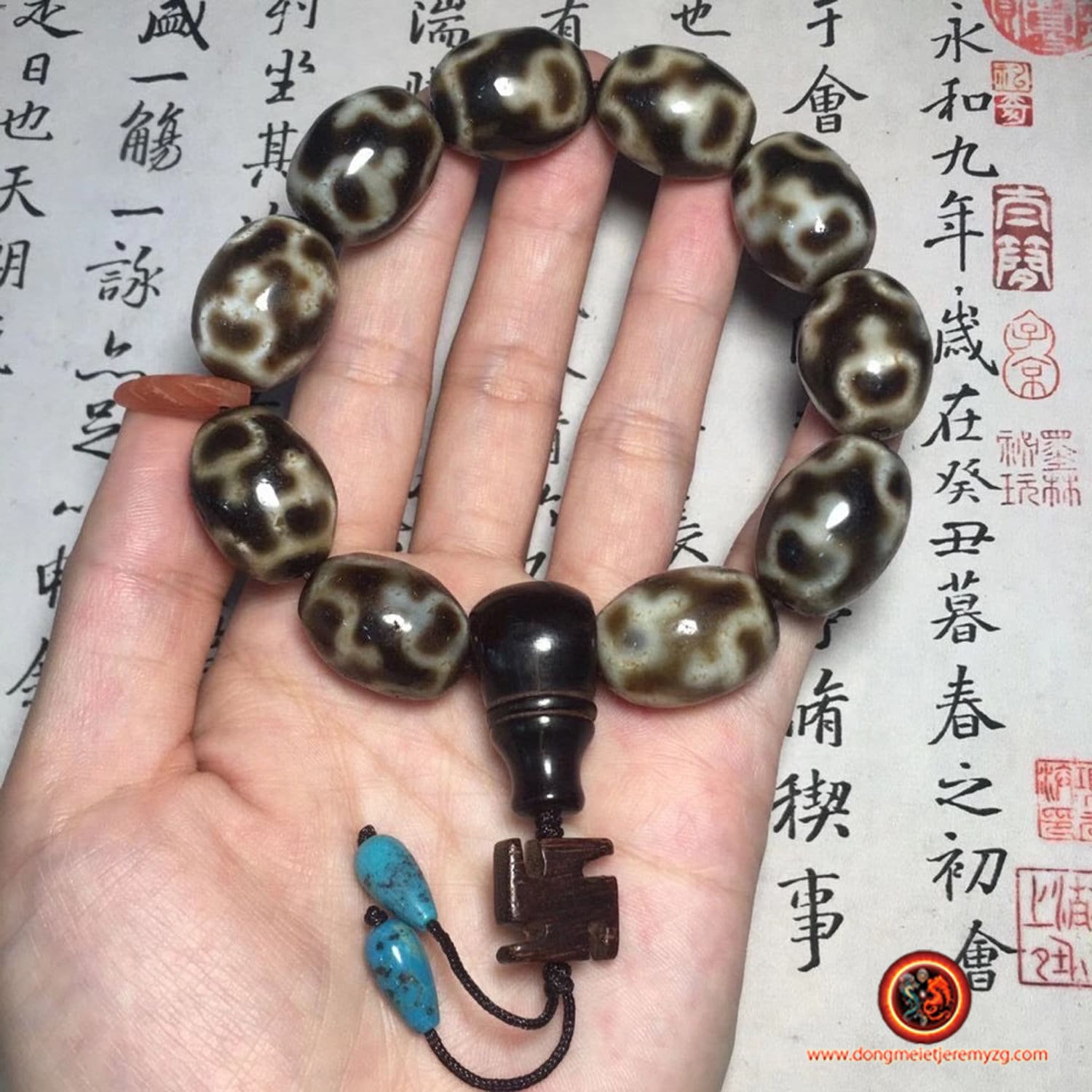 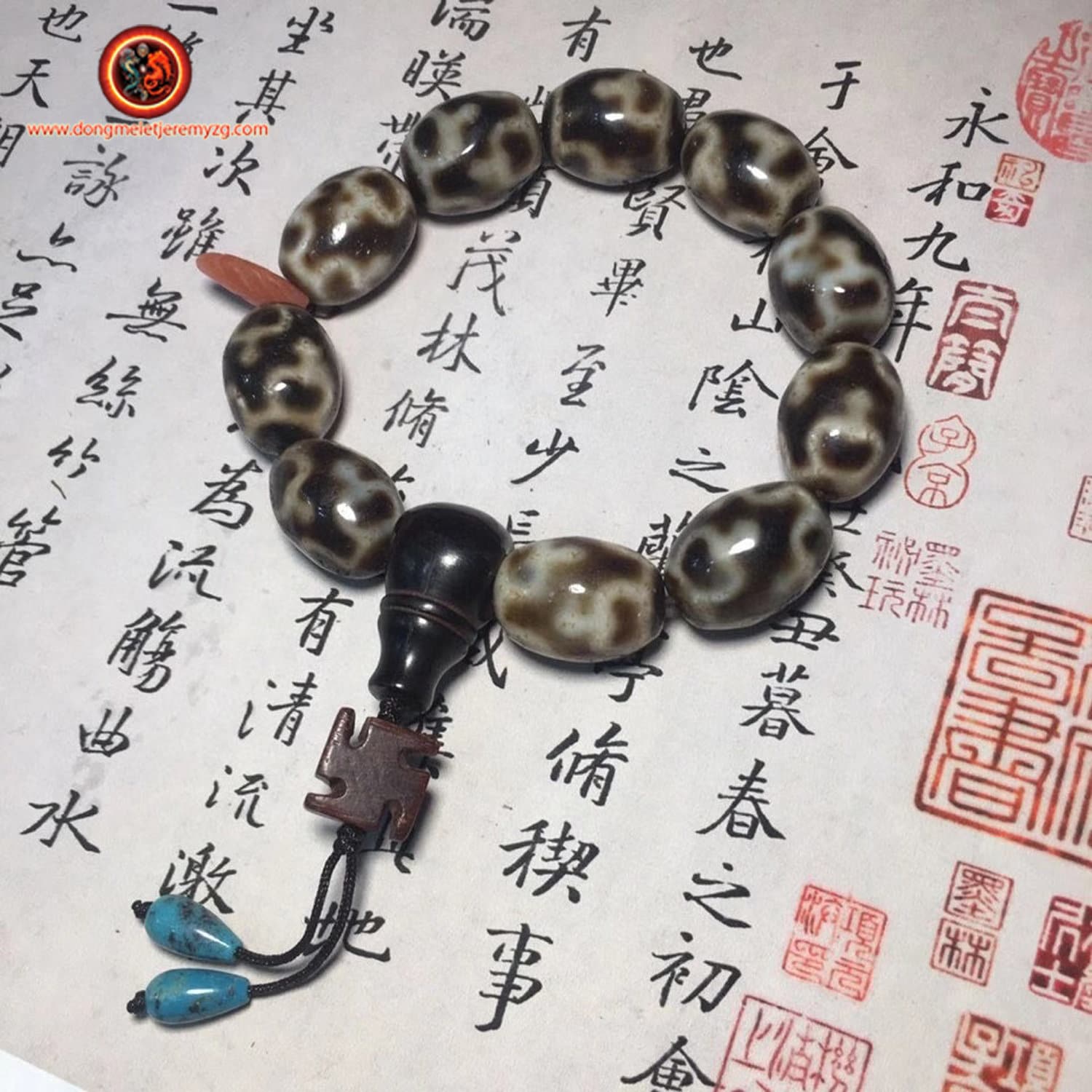 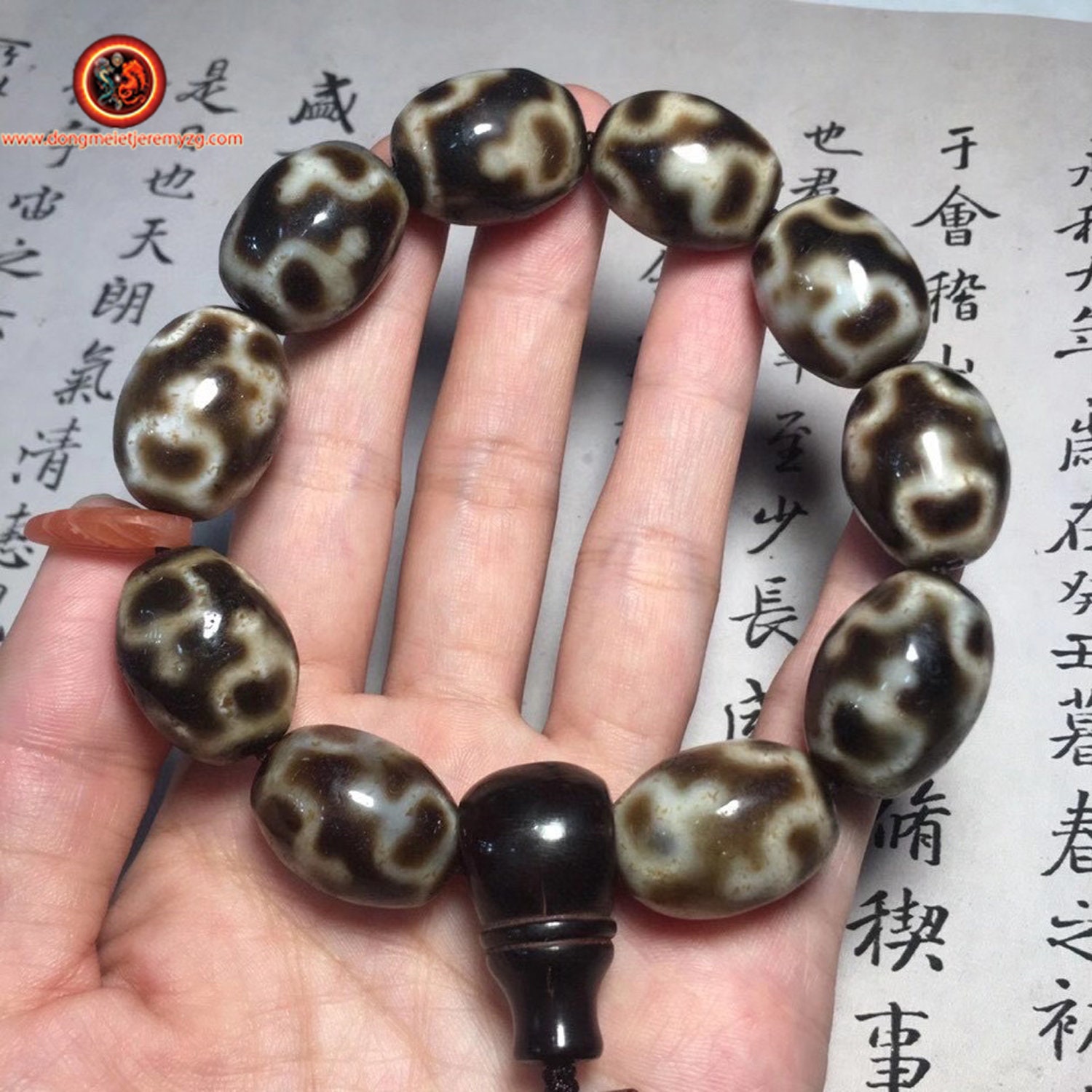 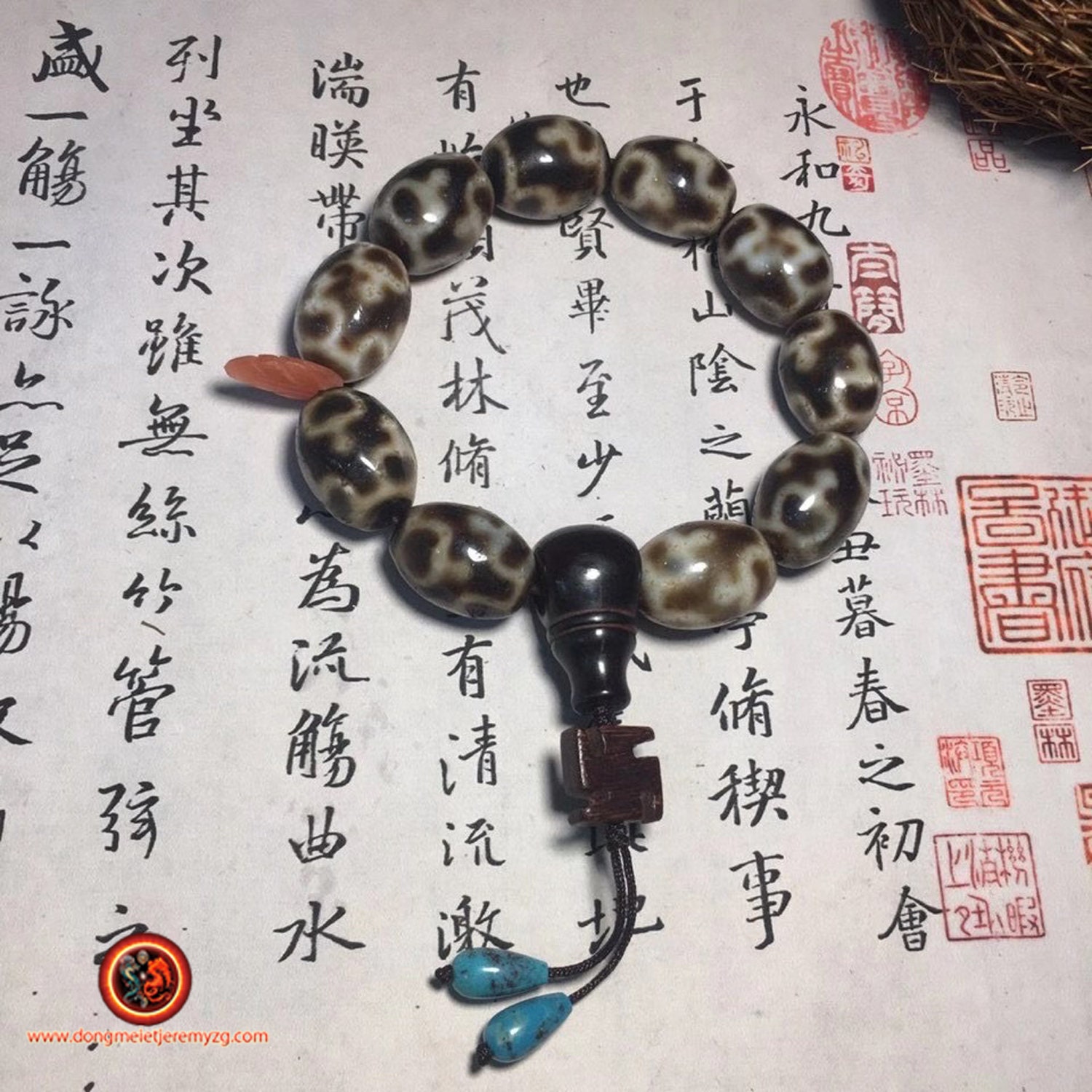 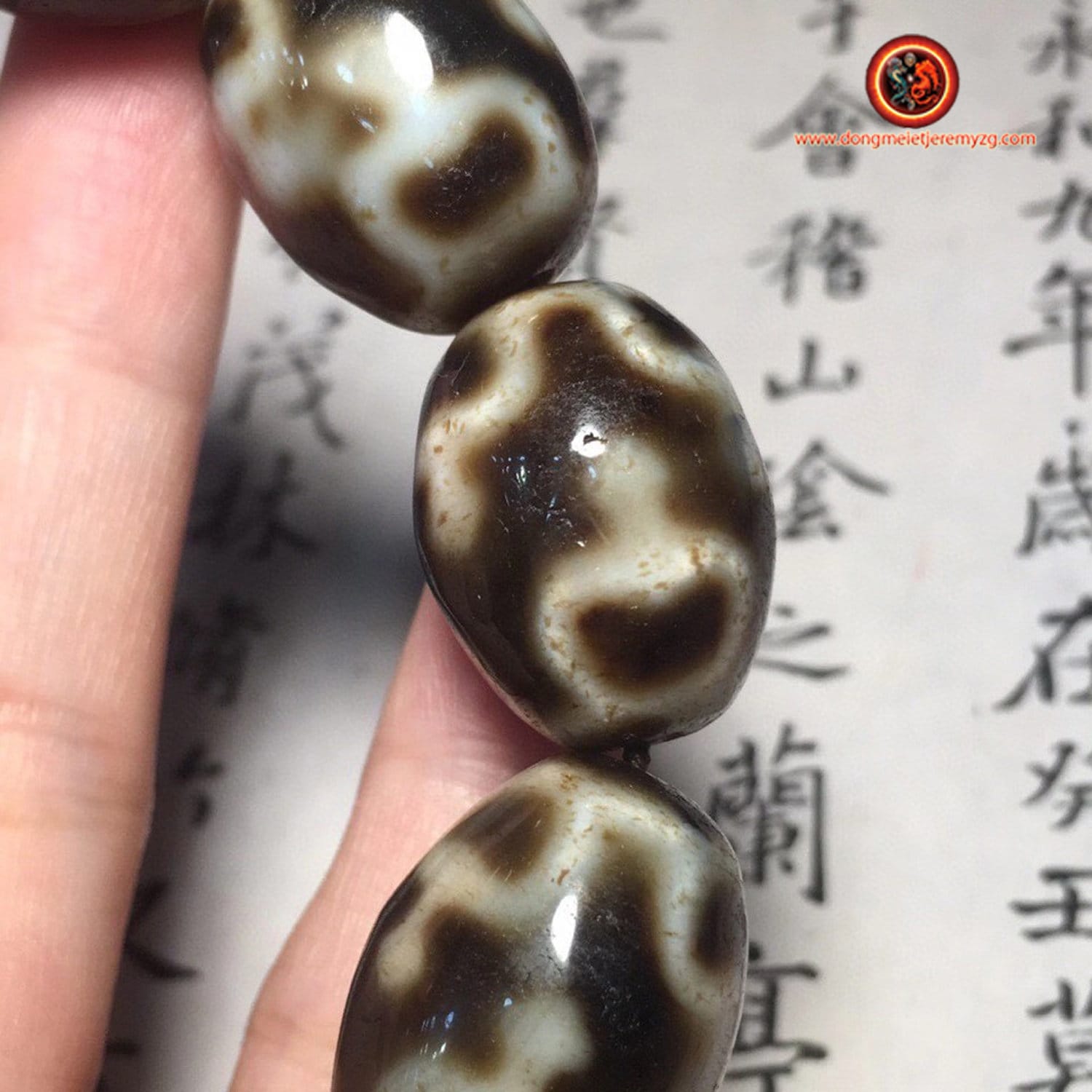 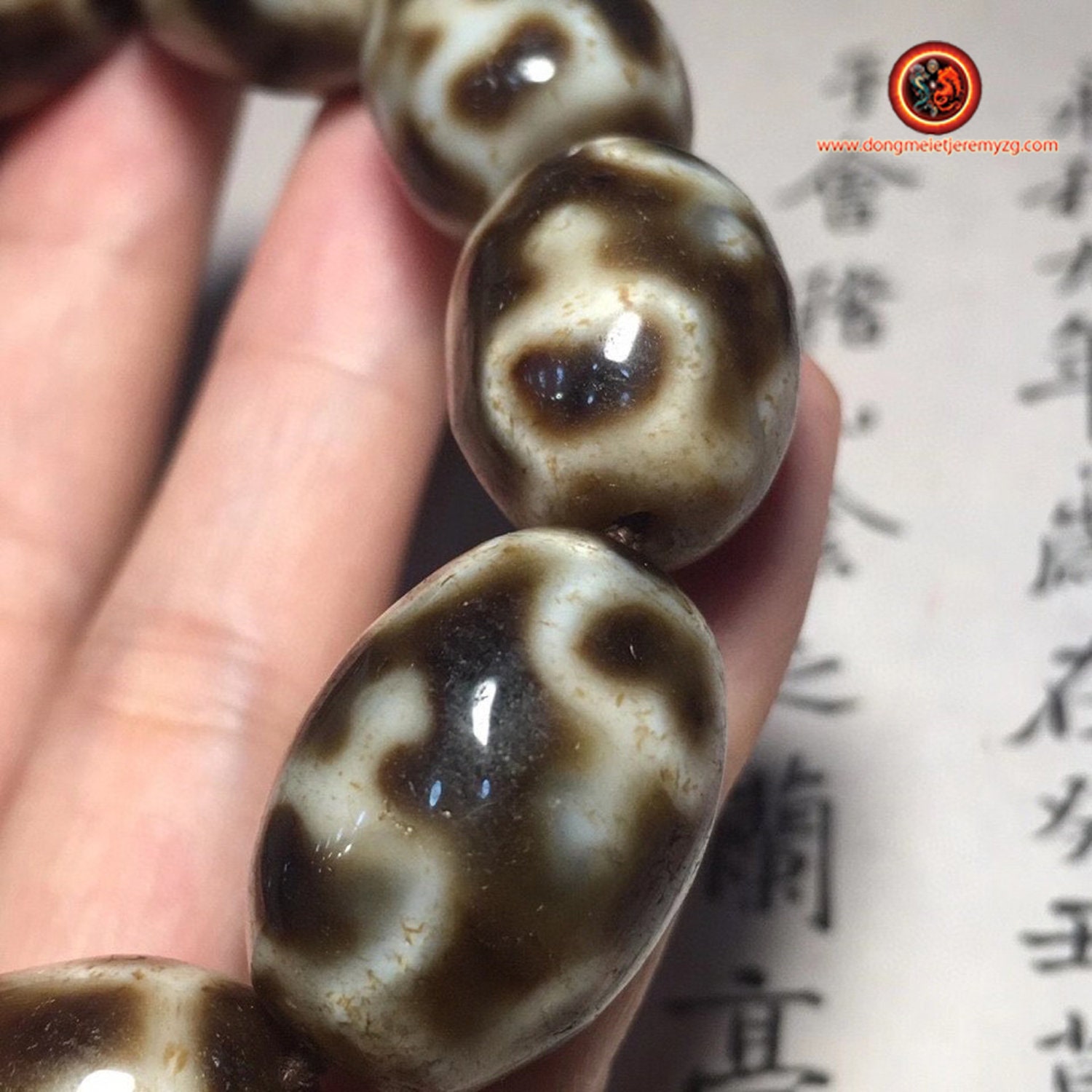 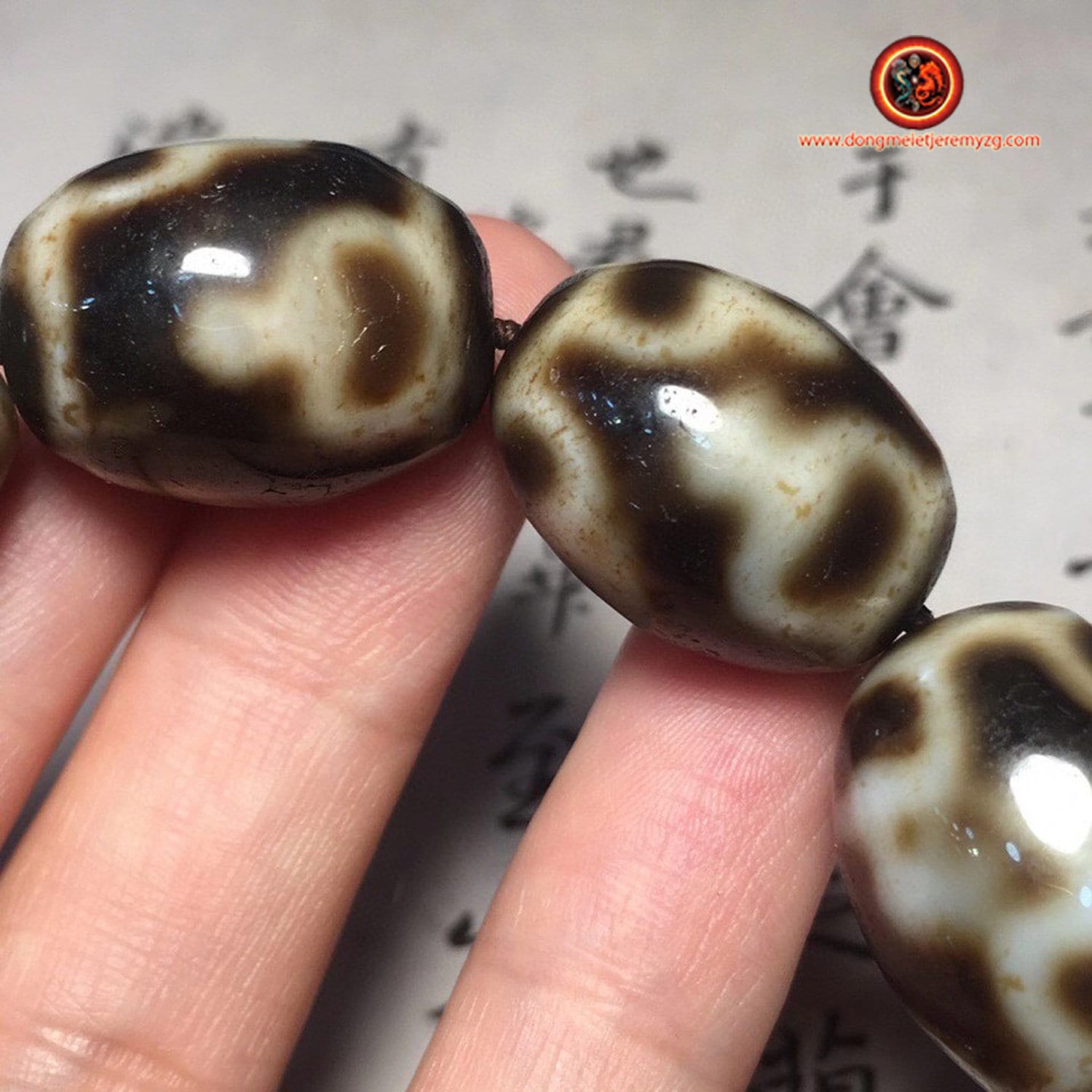 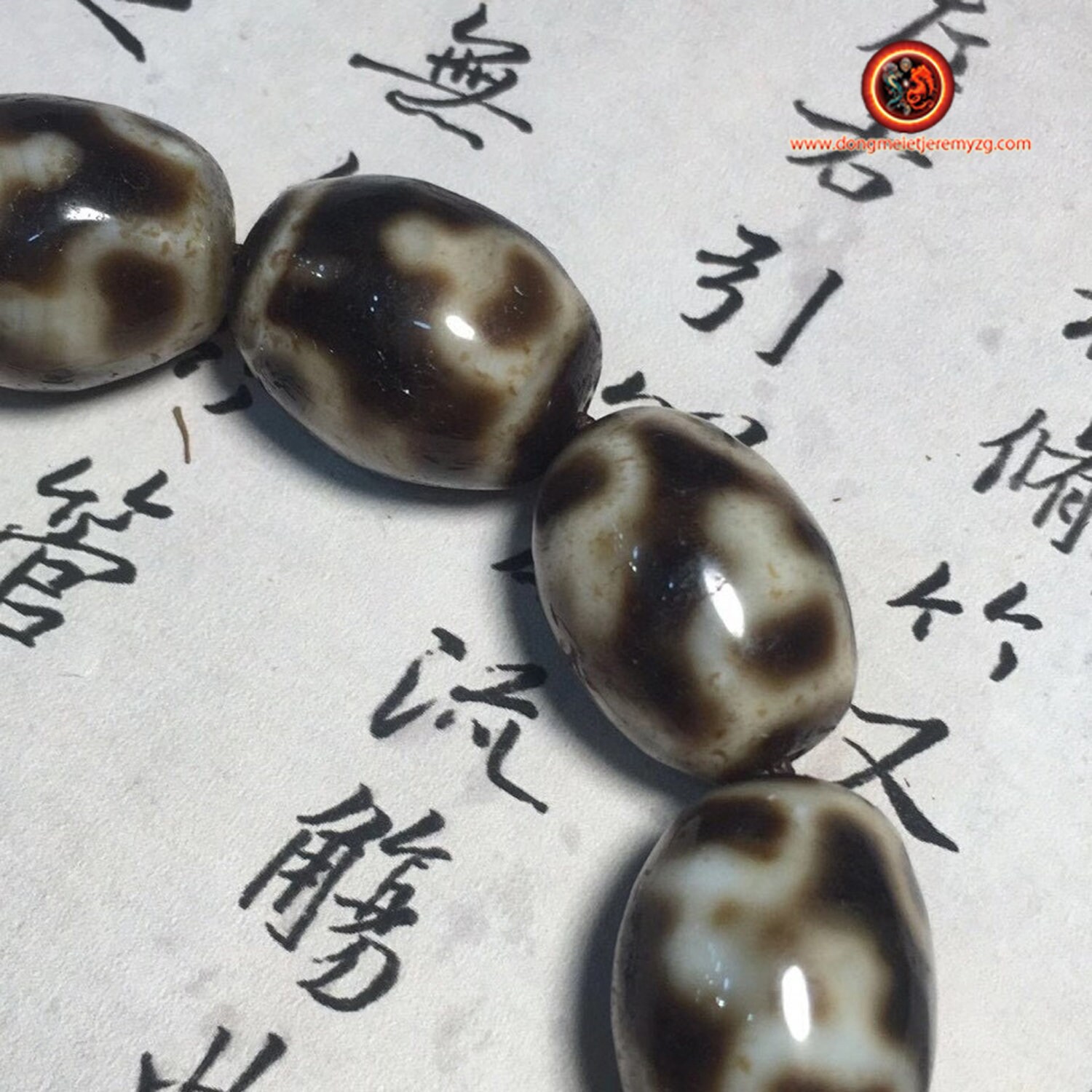 
The Dzi used reproduce the nectar container: this bead pattern invites its meaning. It is the heart above which (or within which) is a cross. The heart is the essence of man, it is a warehouse for his mind, his memory, his feelings and his hopes. The cross is the symbol of the sun that sends us light and life all year round. If we consider this model as the Buddhist symbol, it is the container with amrita, food for the gods, their milk and honey, which flow like water in the paradise of pure lands. This dzi pearl brings great luck to its owner, brings wealth and longevity without rigor. It grants prosperity to businessmen, wisdom to those who are anxious to know, enlightenment to those who seek a spiritual path.


Many legends attribute to them a divine origin. One of them claims that they sometimes fall from the sky escaped from the treasures of the Gods, another says that they "mature" at the bottom of the earth and that they can sometimes be found inside some geodes. Some legends say that they are fossil insects, and others finally Garuda droppings.


The Dzi are also mentioned in some ancient Buddhist texts because some malas intended for the advanced practices of Vajrayana must be made in Dzi Dzi Dzi dating back 4,500 years were found in Tibet during archaeological excavations, thus in the middle of the shamanism period of Ben long before the arrival of Buddhism.

The swastika or swastika, 卐, Sanskrit word derived from su ("good") and asti ("it is")1 (ka being an adjectival suffix2), with the spelling variant sauvastika sometimes attributed to its symmetrical 卍, is a symbol found in Europe (including Christian art), Africa, Oceania, the Americas (pre-Columbian America among the Navajo and Kuna Maya and Native Americans) and Asia as far as the Far East. It appears in the Neolithic period for the first time in the pre-writing of the culture of Vina4. This temporal and spatial ubiquity has sometimes earned it the name "universal symbol"." It can be described as a cross composed of four gallows each taking the form of a Greek gamma in the capital (Γ), hence the name of the swastika sometimes given to it.

The symbol is currently used in Asia and especially in India. In Hinduism, it has many sacred meanings and it represents in particular the god Ganesh. It is still a ubiquitous symbol among Buddhists. It is the primary symbol of Jainism, considered by its followers to be the most favorable of all symbols. In China, it symbolizes eternity. It is also frequently visible in statuary temples, decorations, and dress motifs of all Buddhist countries, the Far East, Southeast Asia and Central Asia.