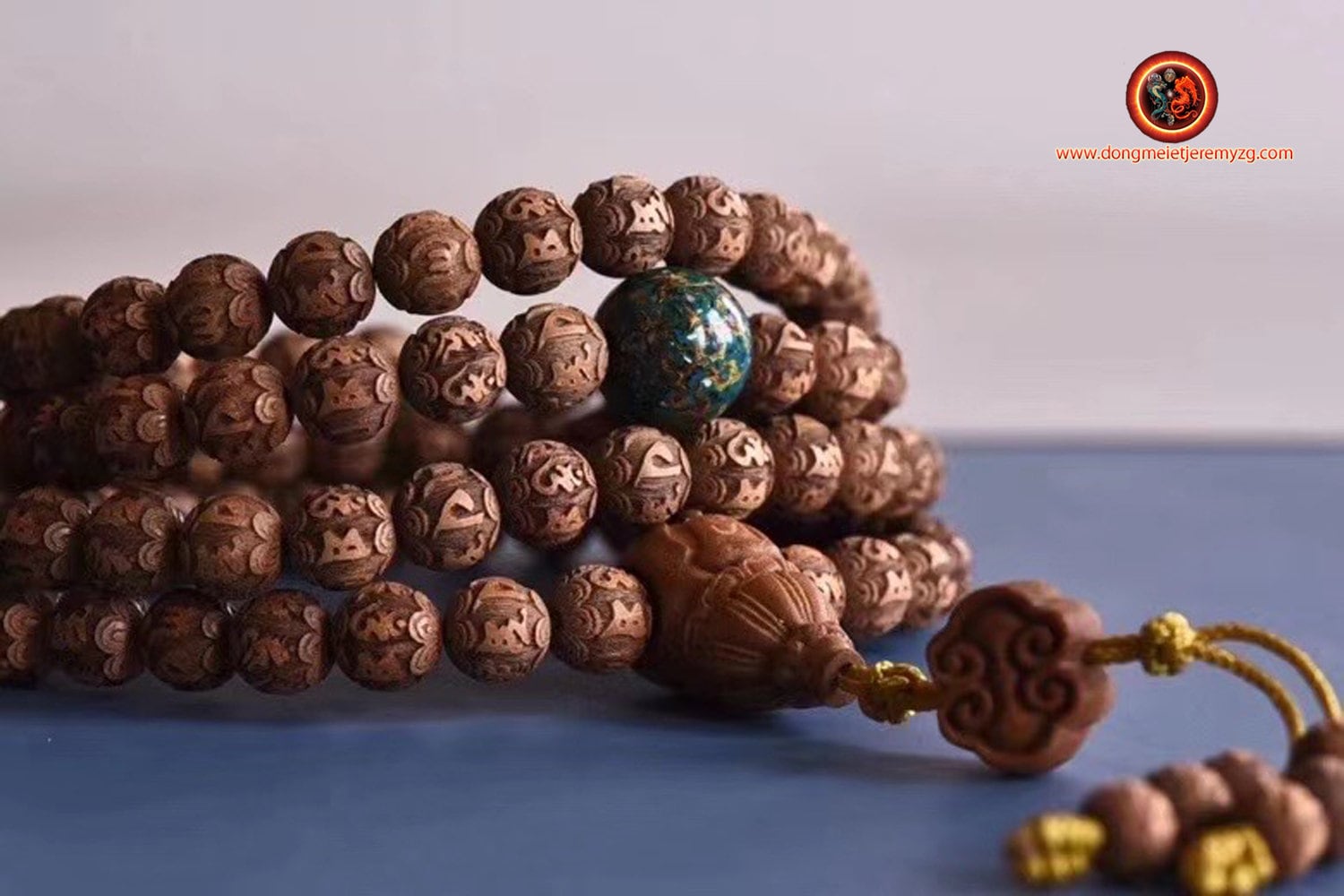 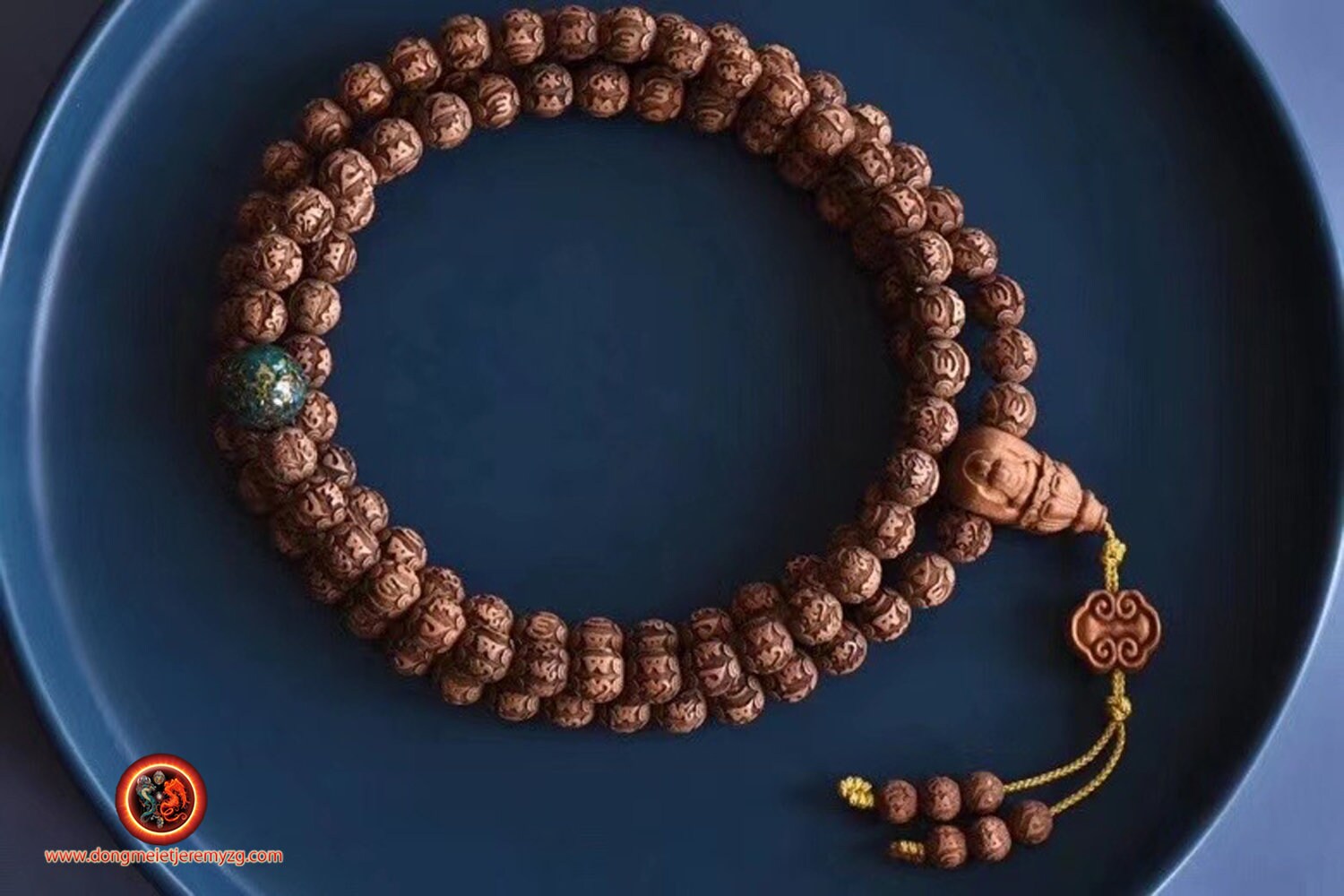 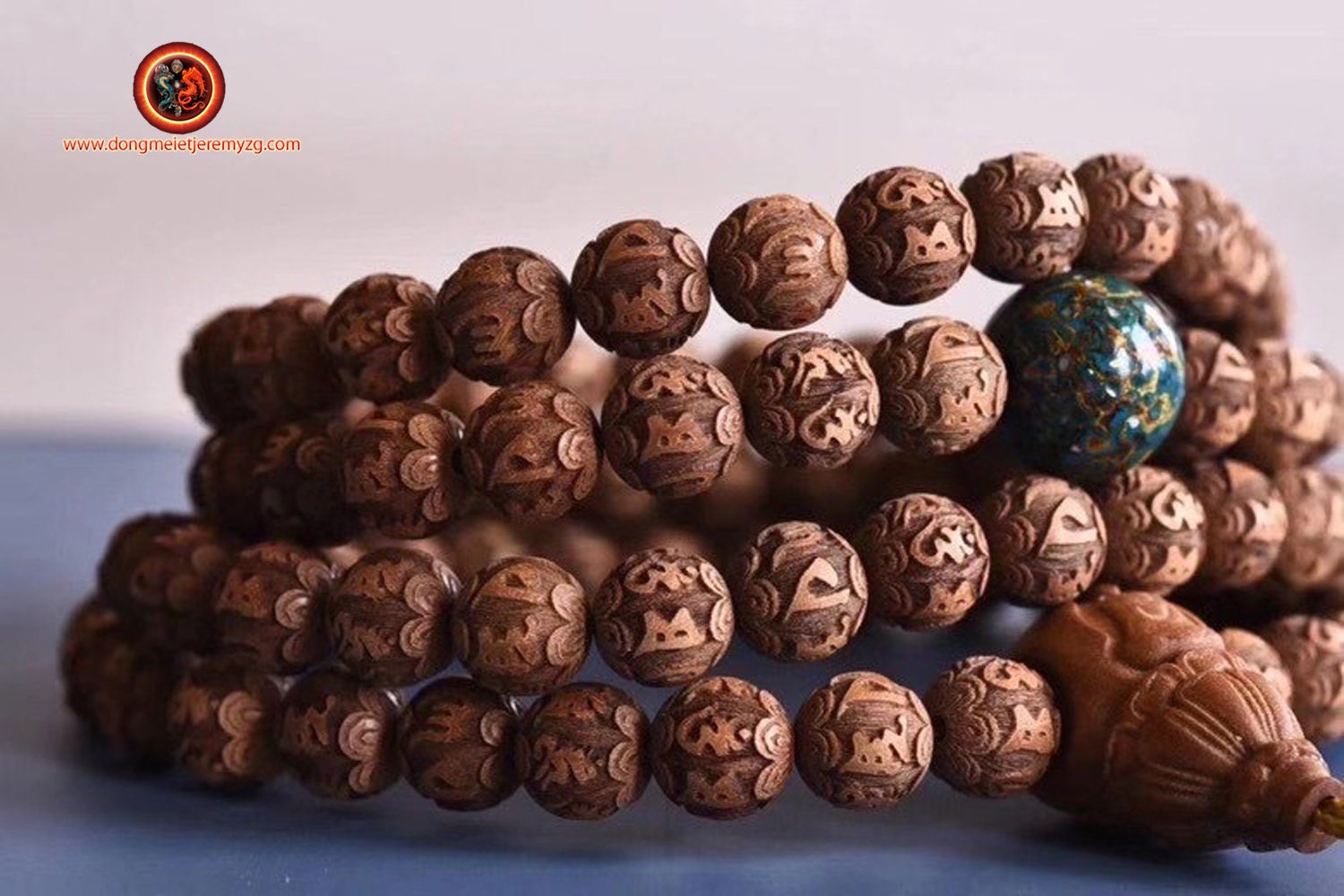 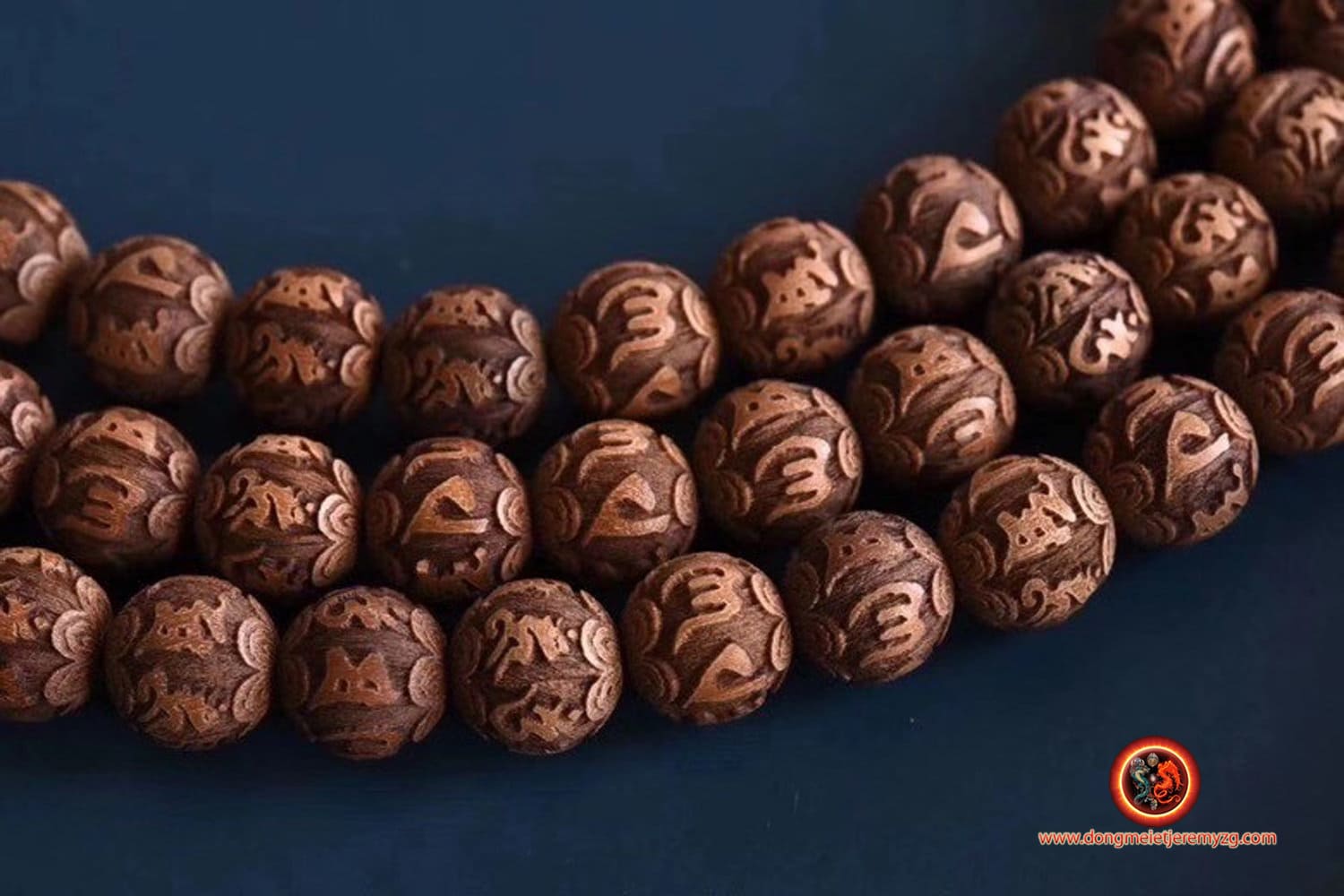 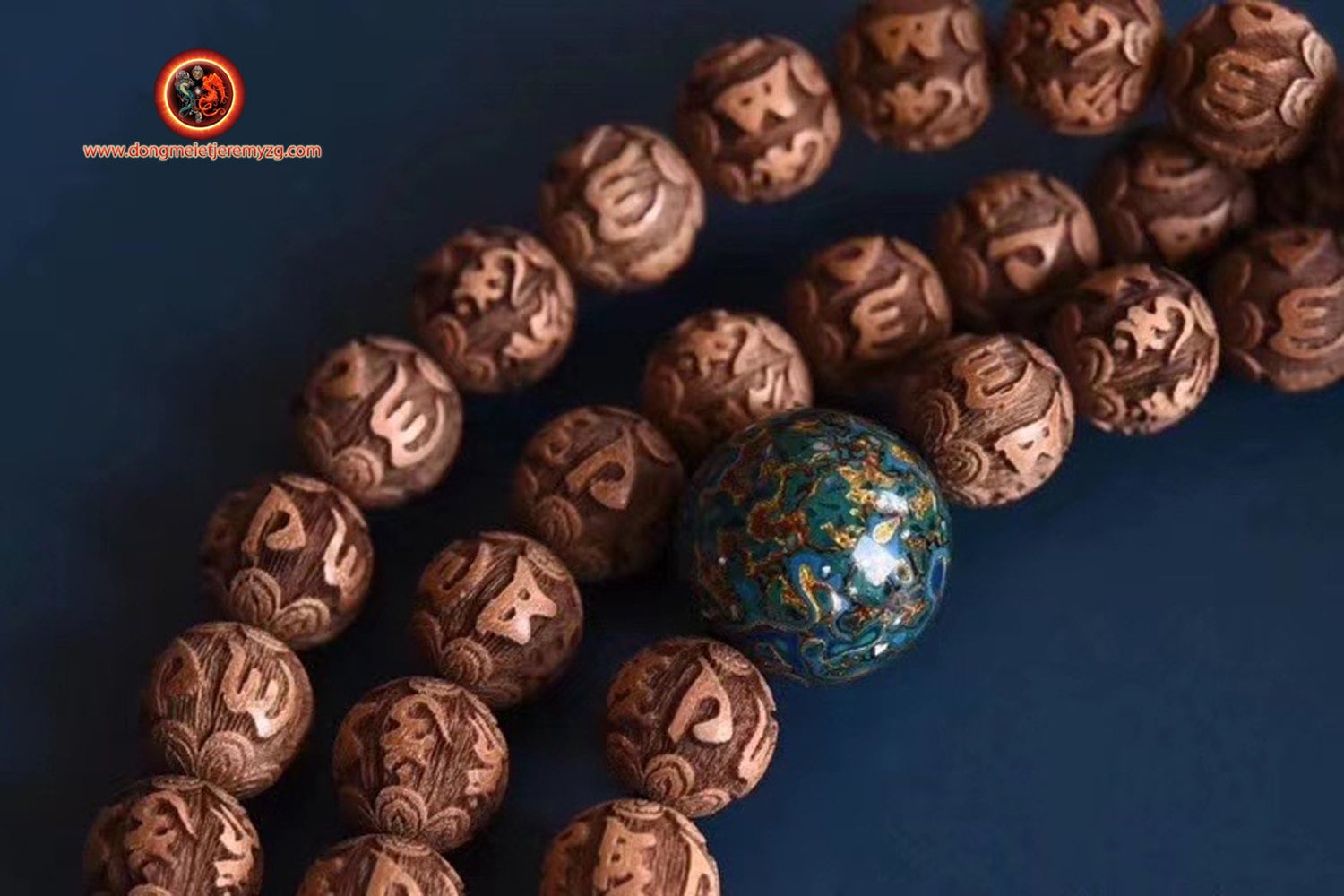 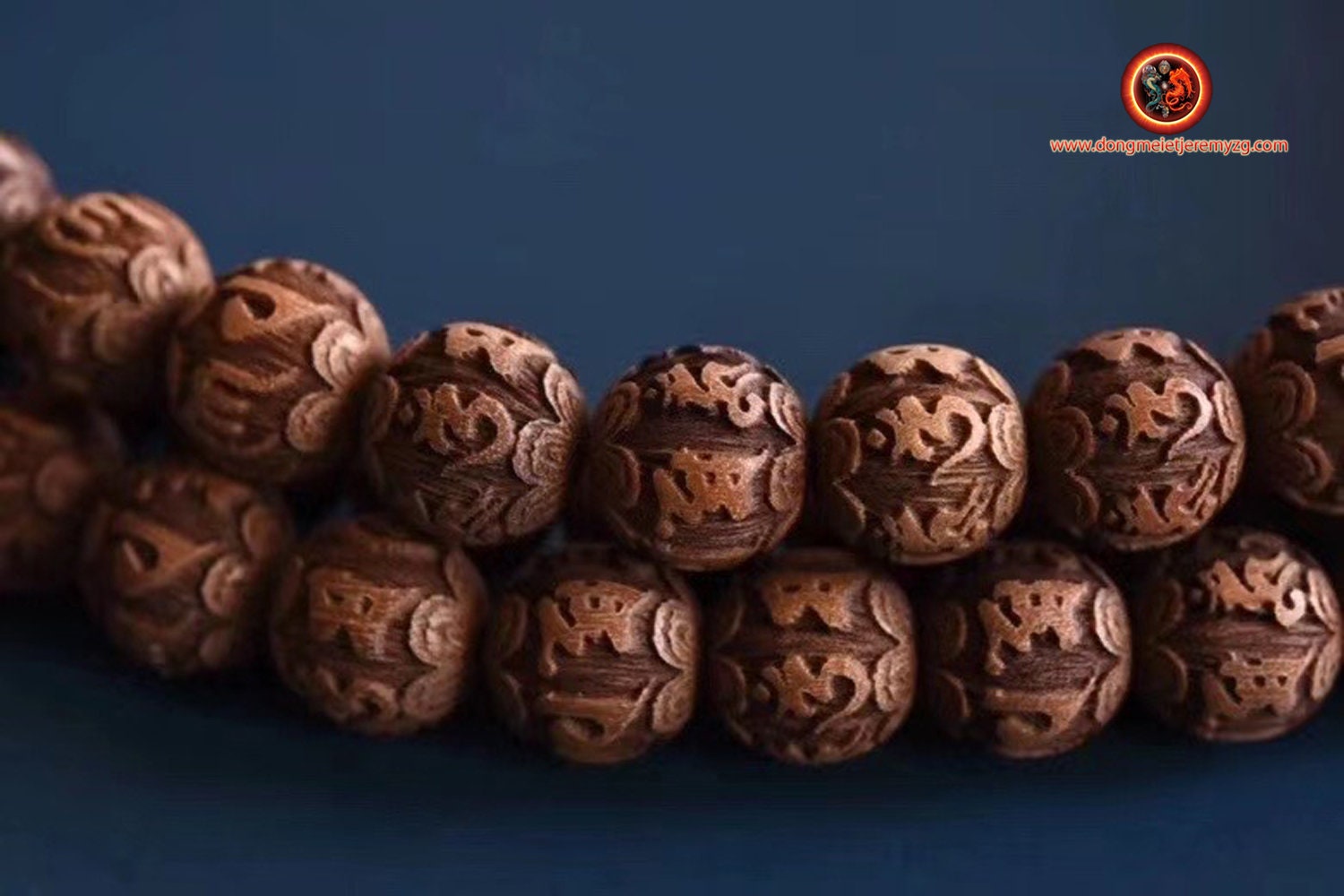 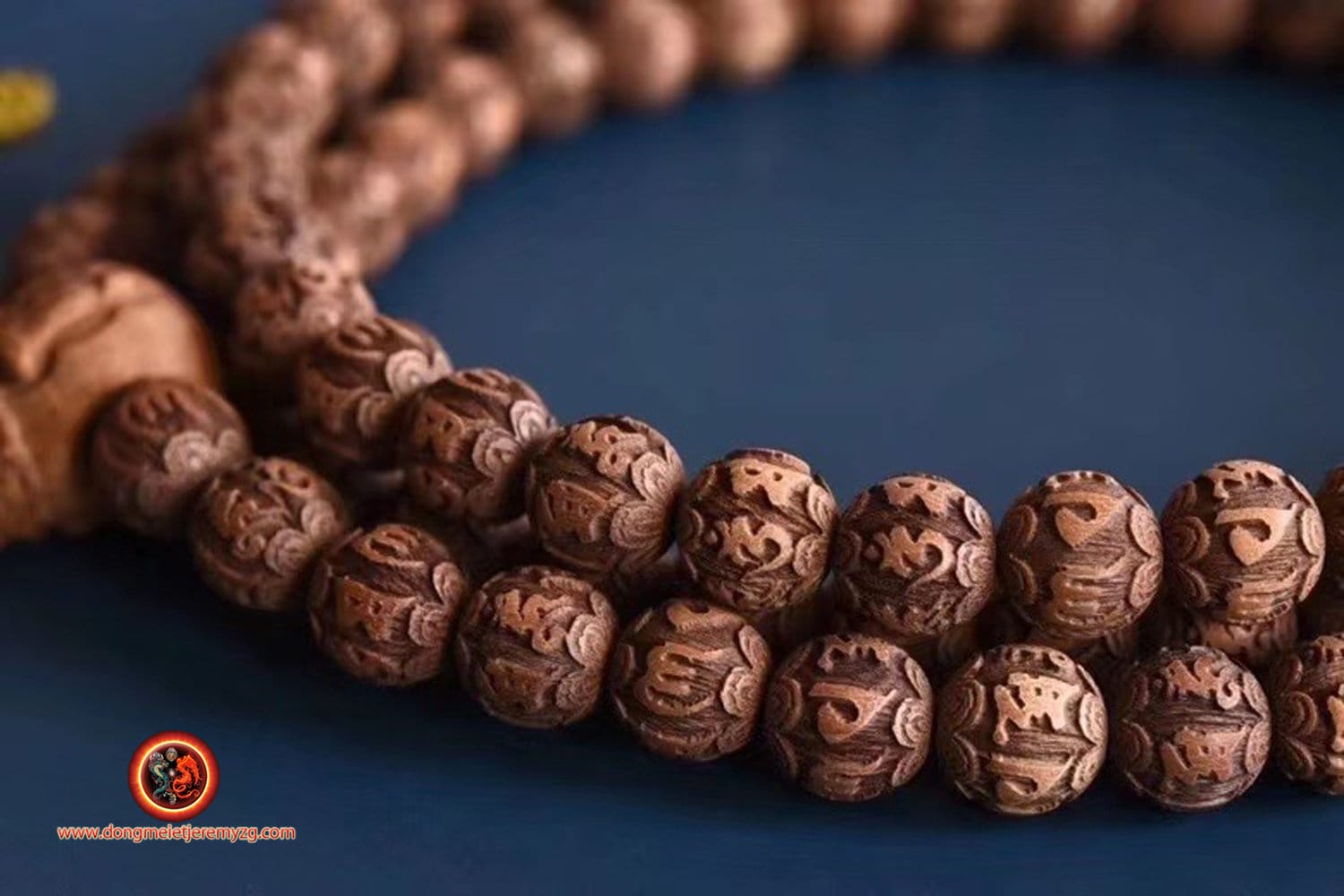 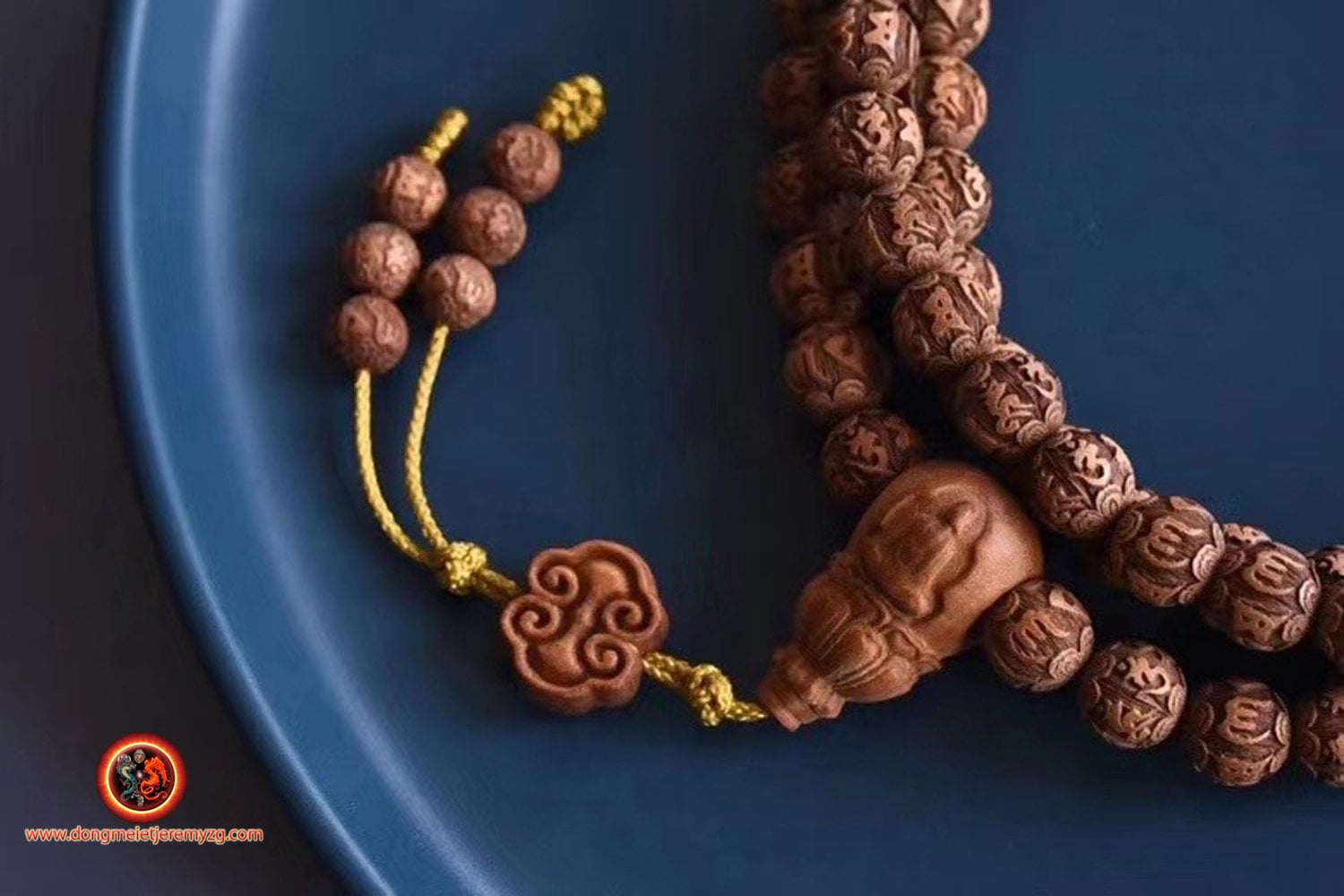 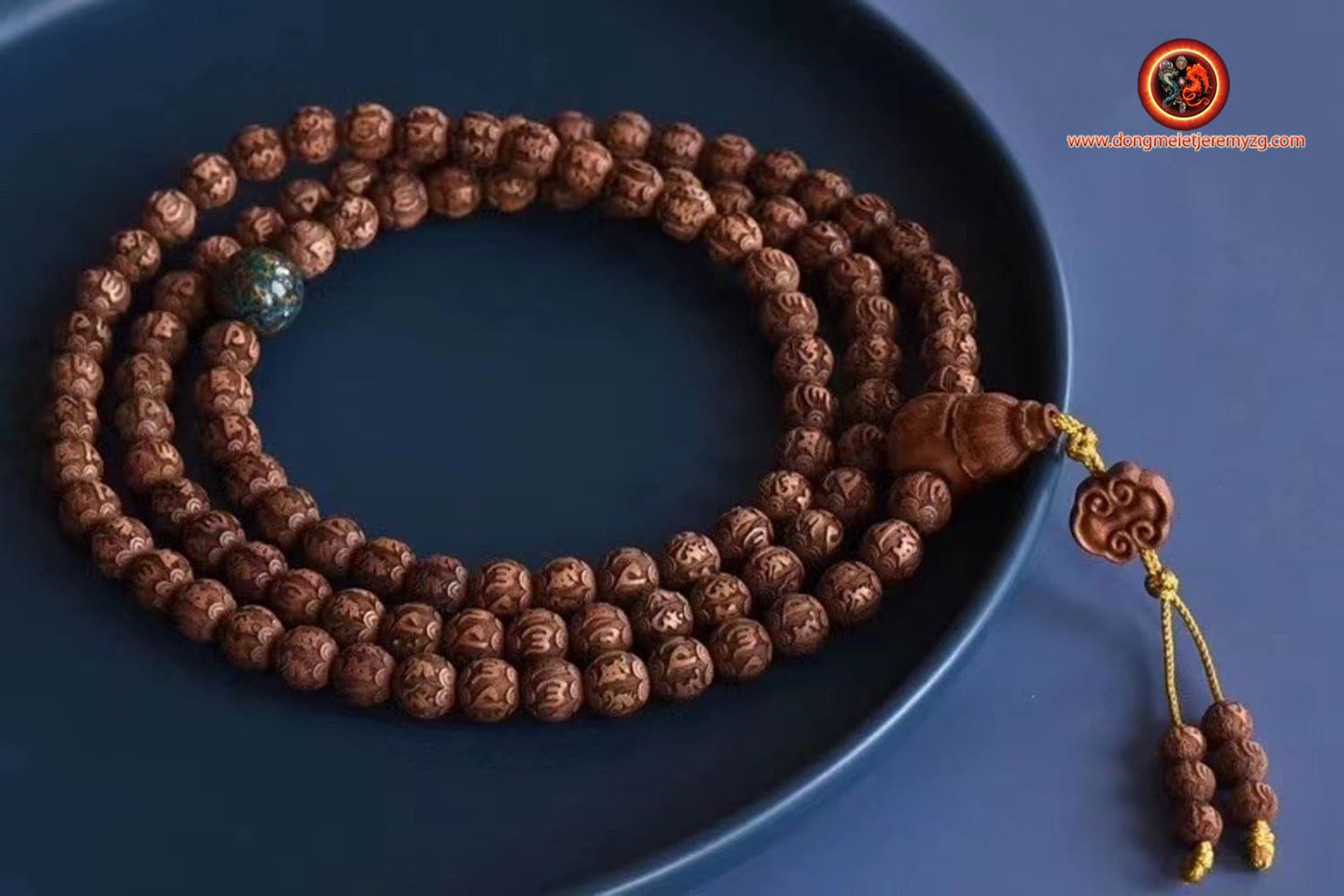 Exceptional and rare mala, Buddhist rosary,
108 sandalwood beads 8mm in diameter of Laoshan, rare and precious wood.
Laoshan mountain located near the East China Sea on the south coast - east of the Shandong Peninsula in China. The mountain is culturally important because of its long affiliation with Taoism and is often considered one of the "cradles of Taoism".

Representation of the bodhisattva Chenrezi/ Guan Yin/ Avalokistevara carved on the pearl of Guru.

compassionate mantra carved on each bead.