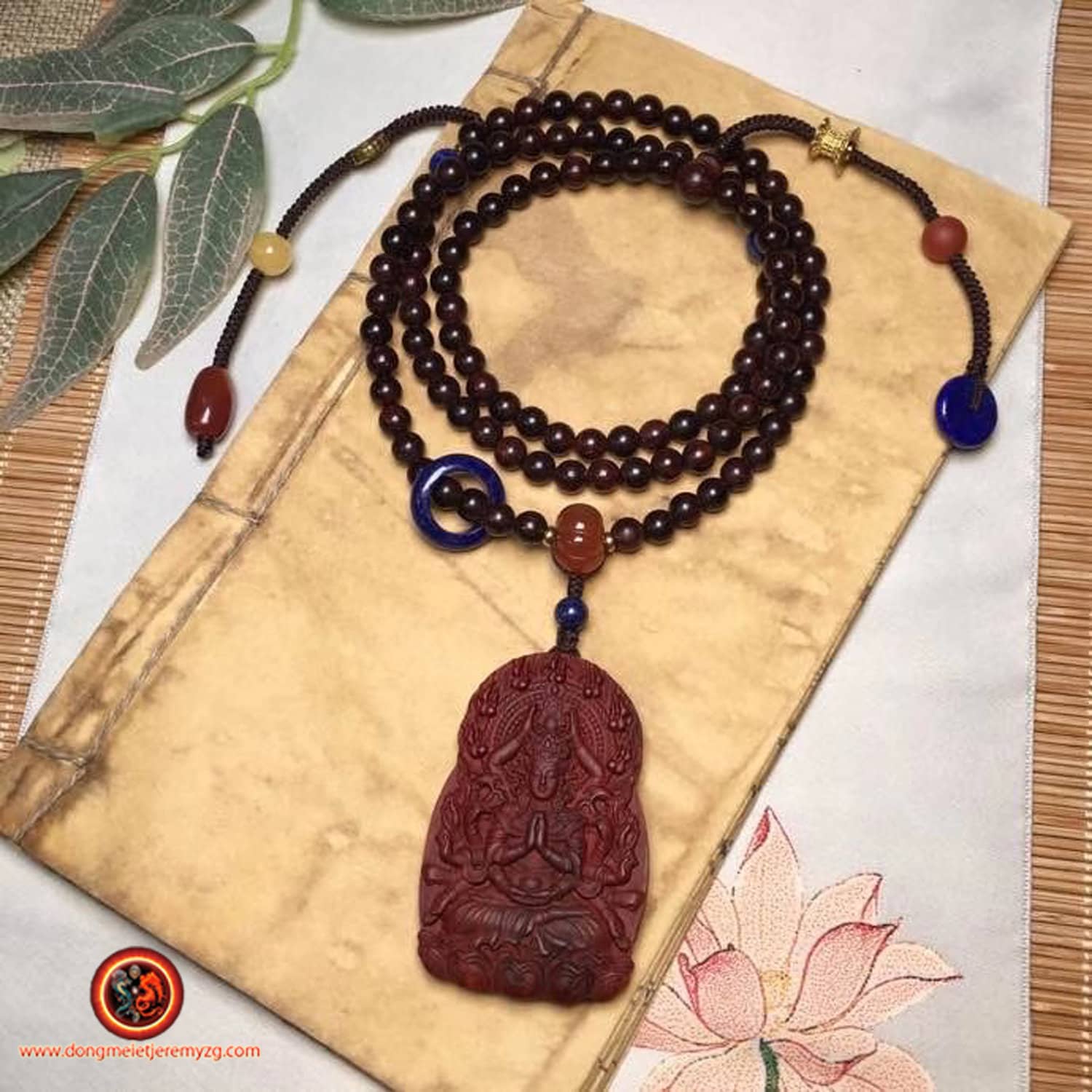 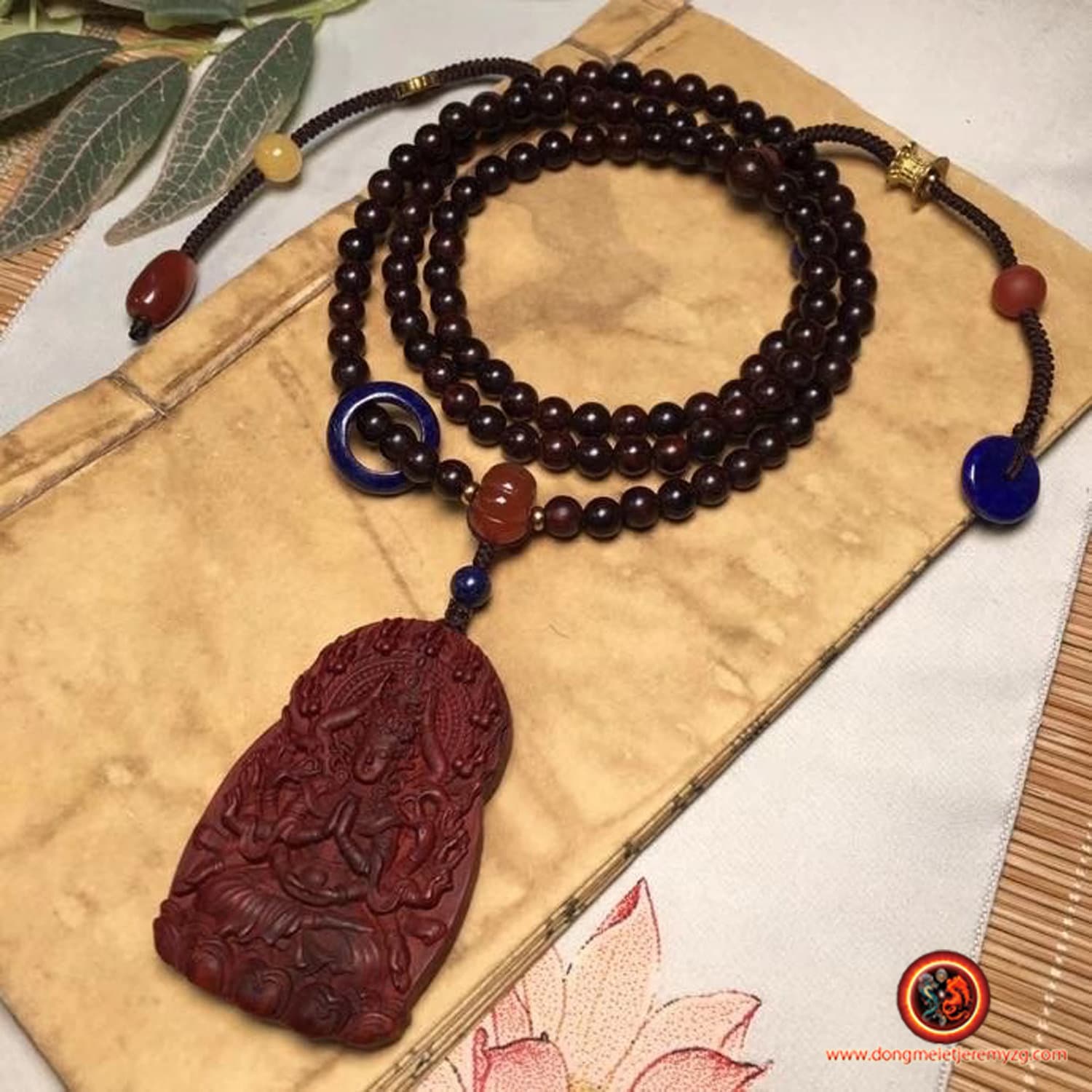 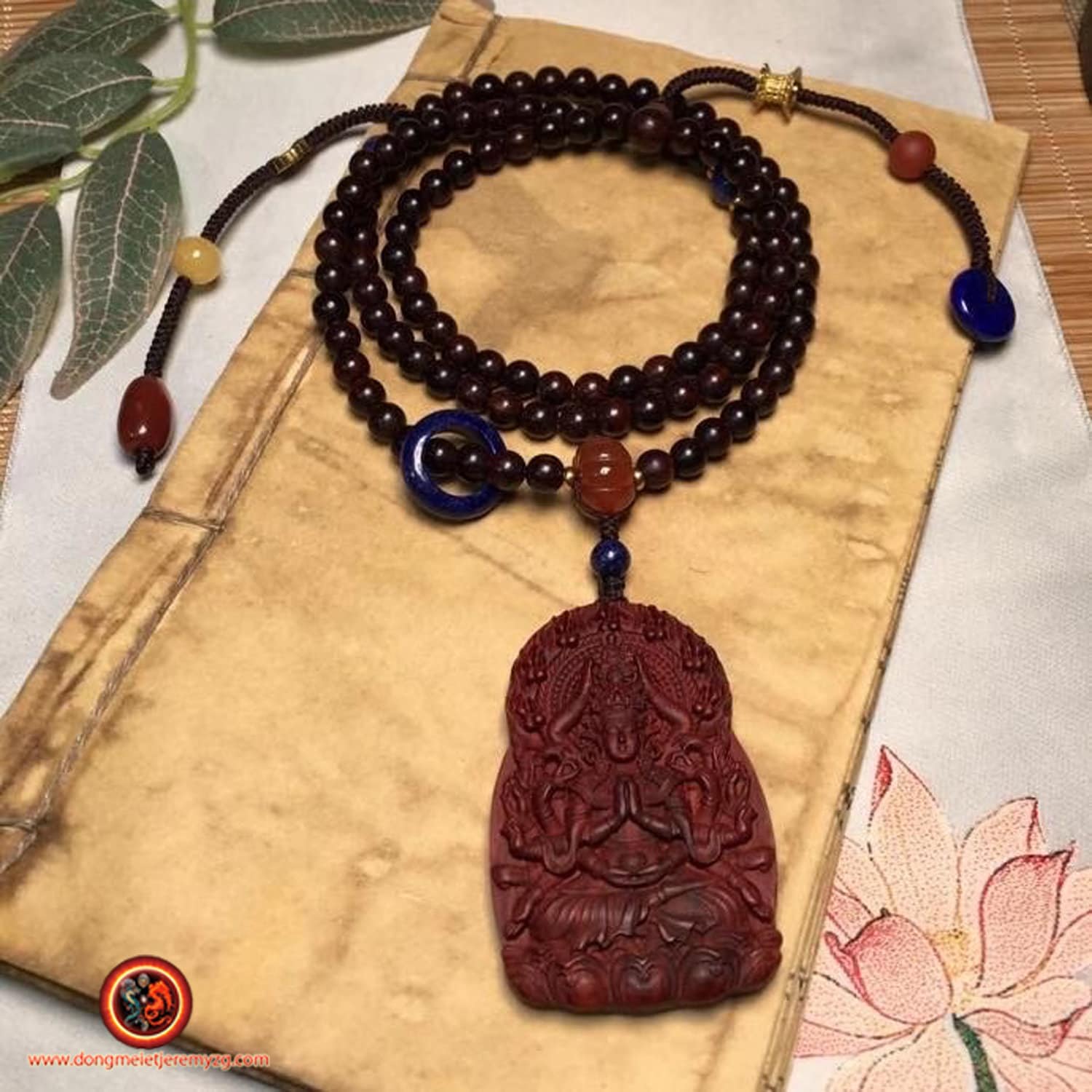 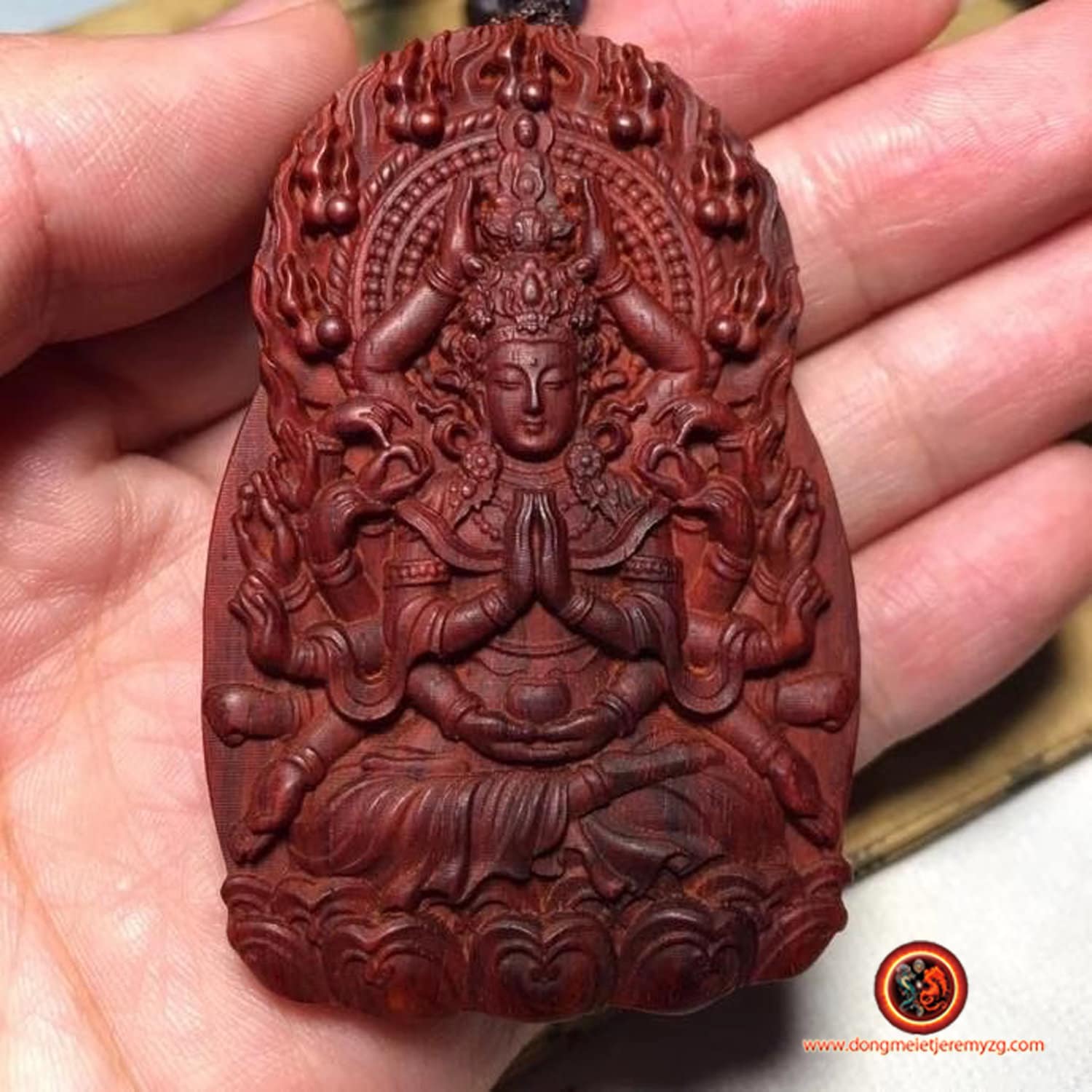 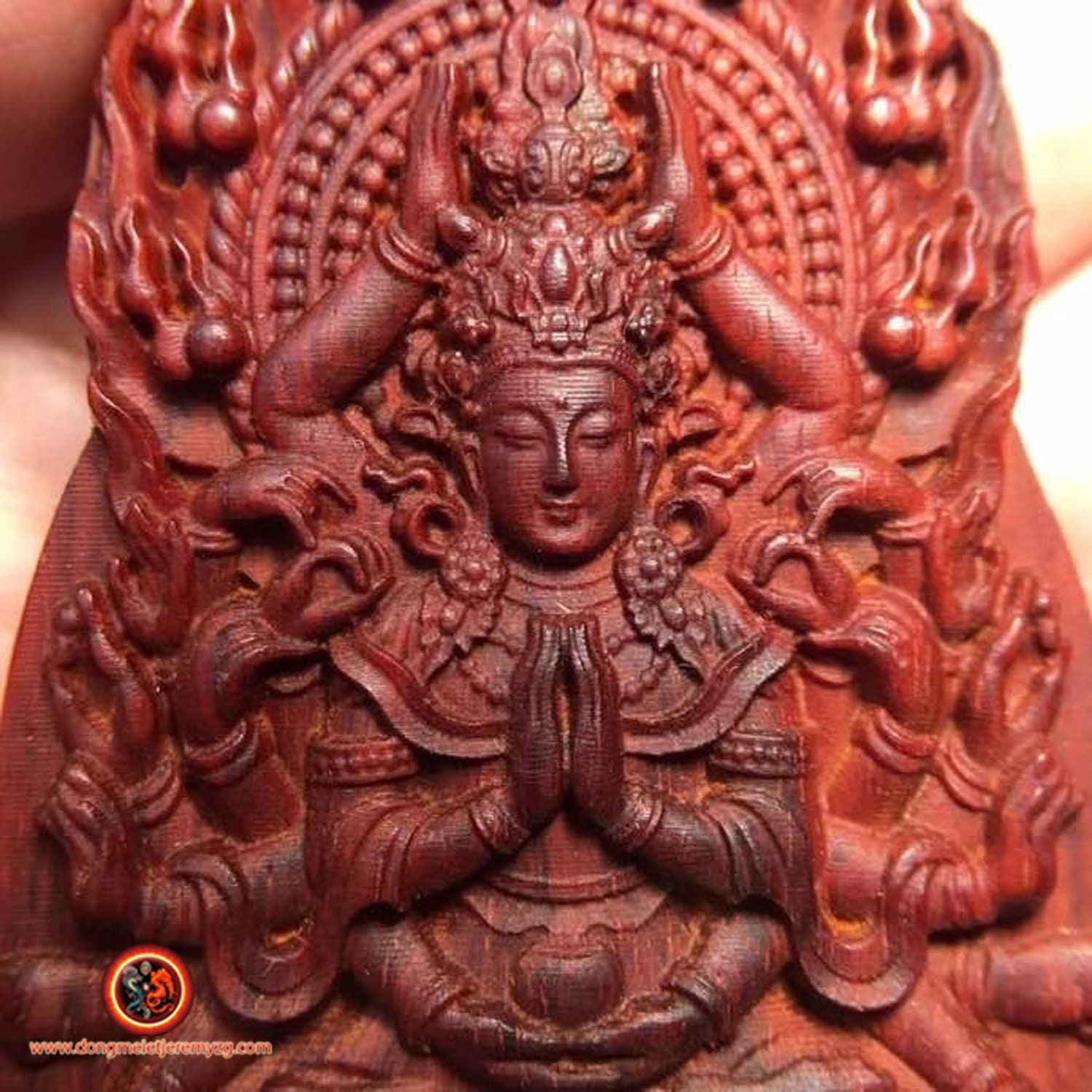 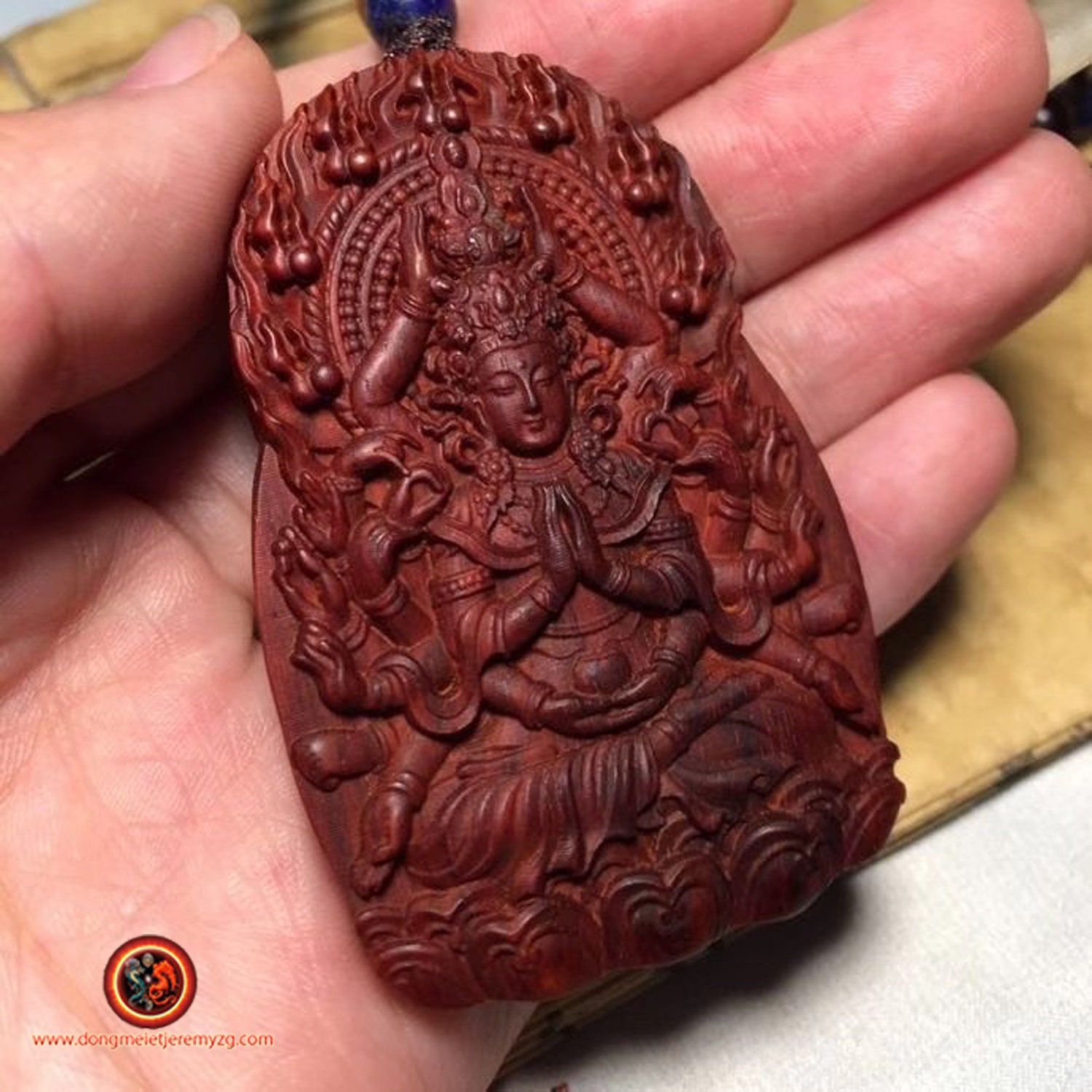 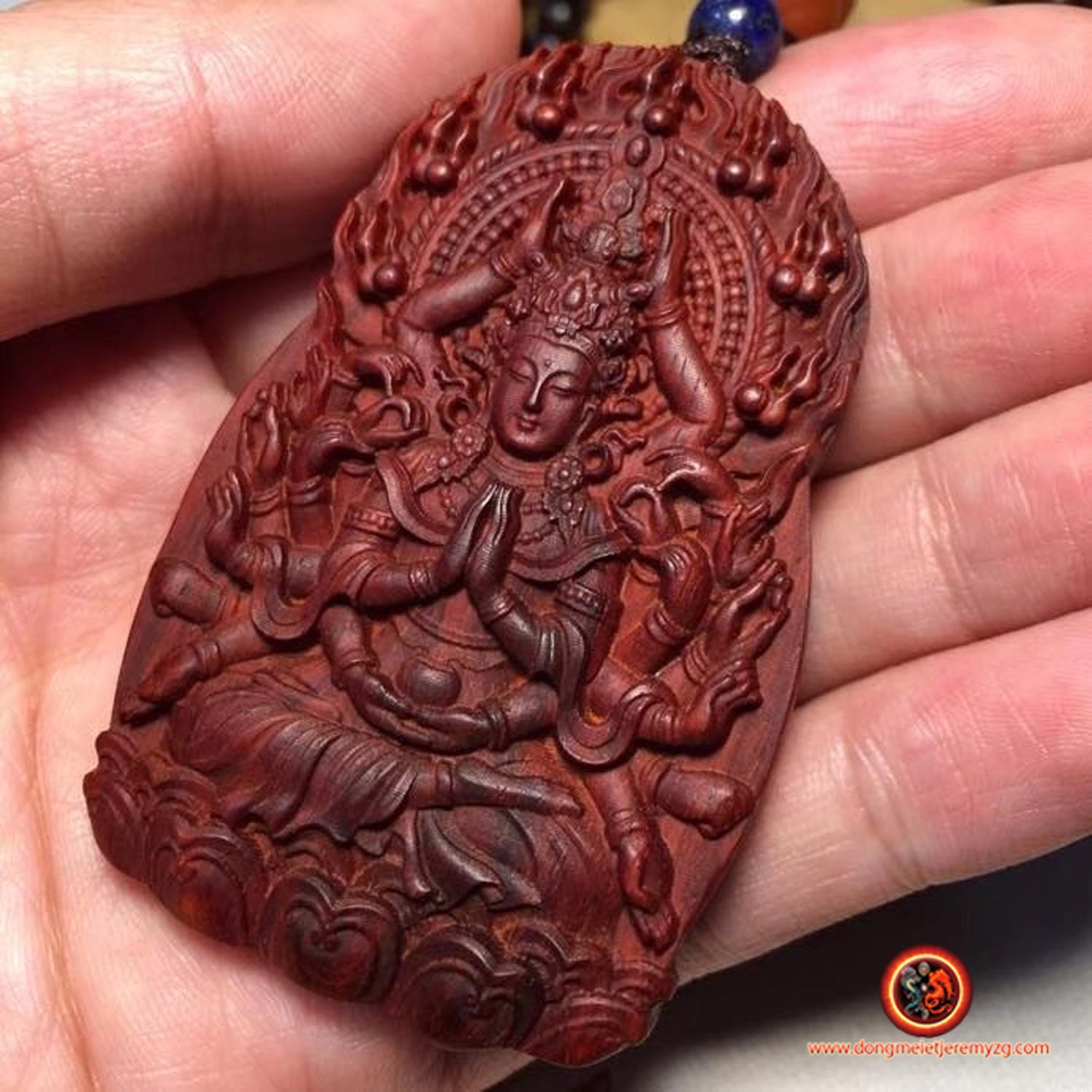 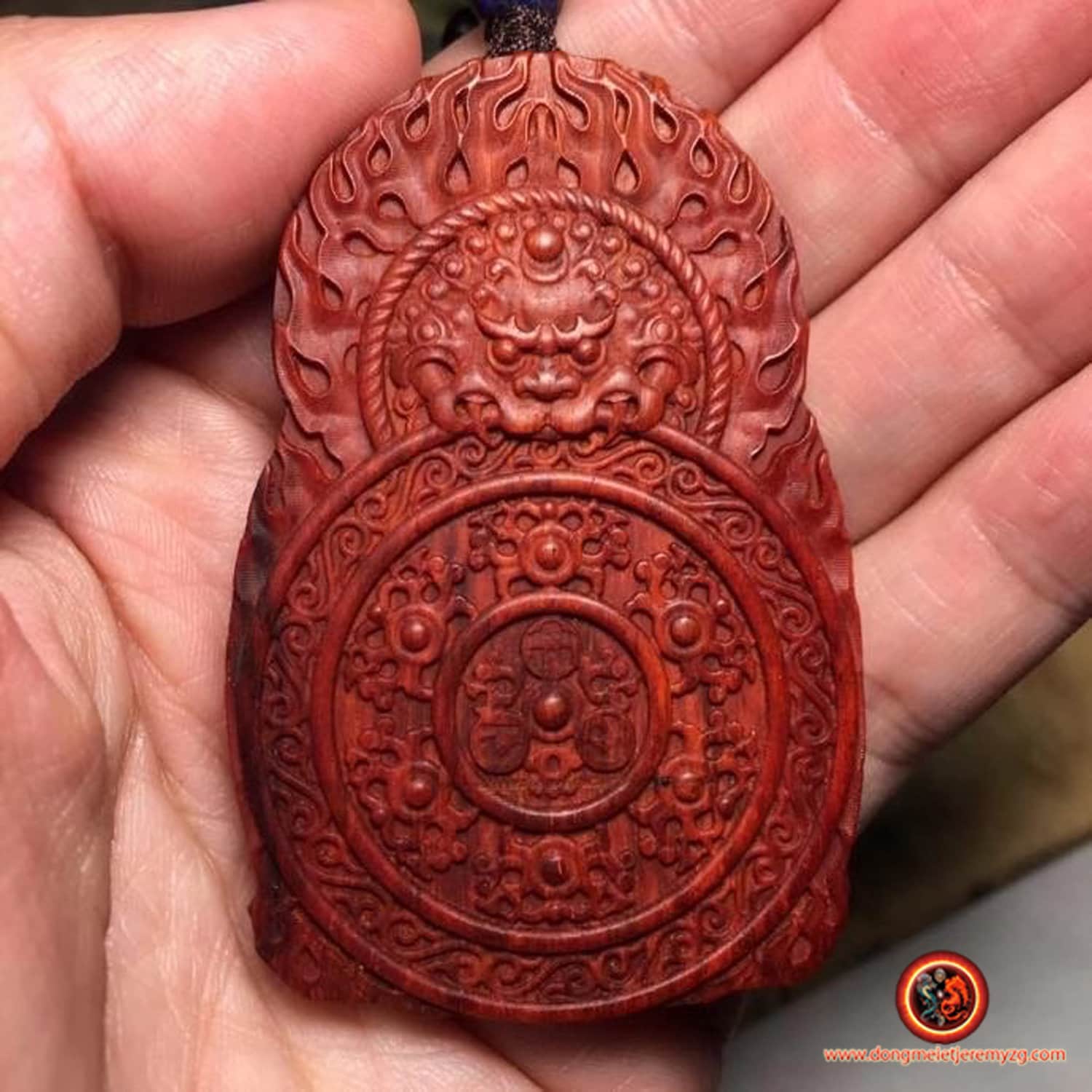 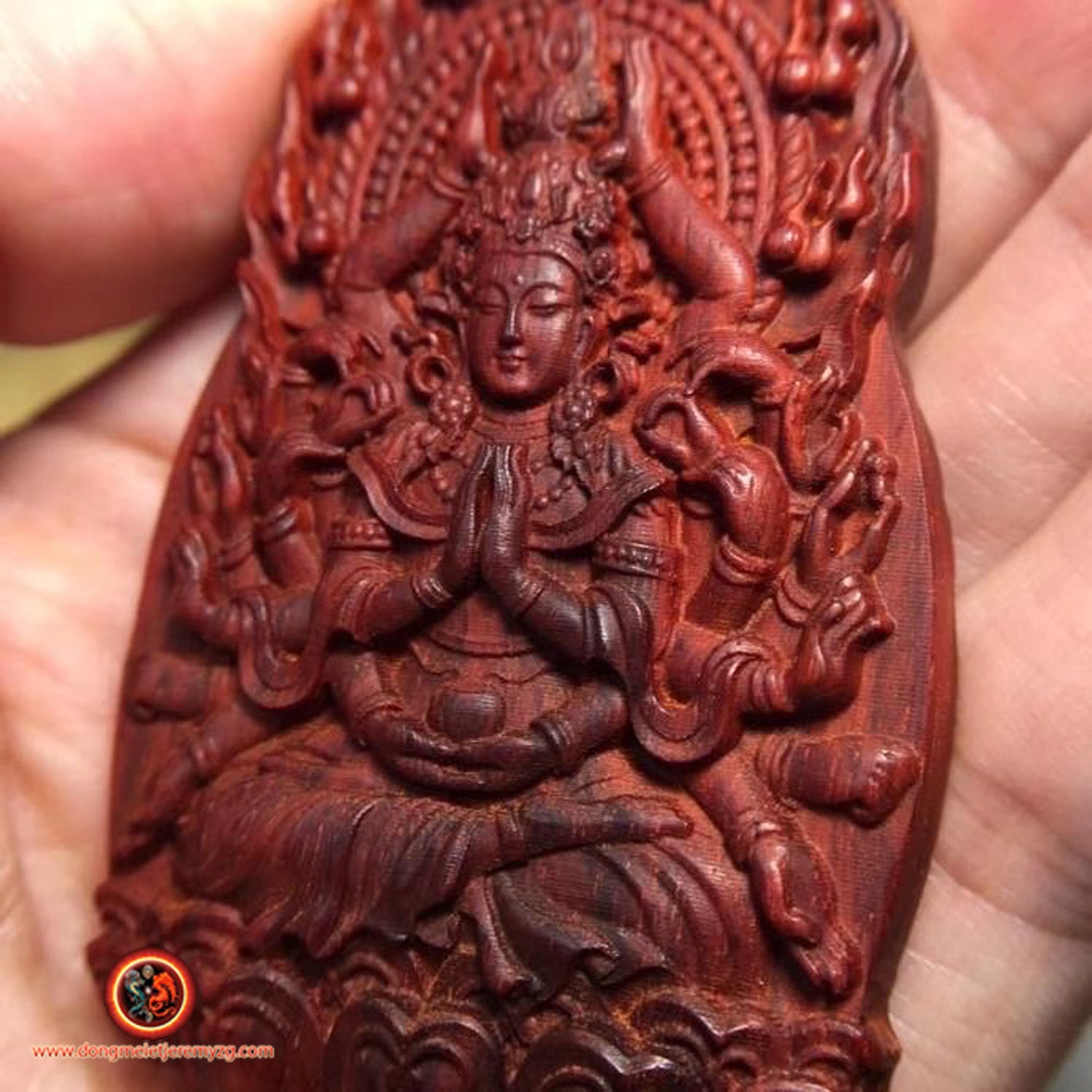 As Malakara, we make all our mala ourselves by scrupulously respecting tradition.

Mala made to order, count 7 days of making after purchase

This red sandalwood, coming from India, much rarer than white sandalwood has no characteristic smell and is part of the very precious woods.
In Buddhism, sandalwood is one of the Padma (lotus) and corresponds to the Amitabha Buddha, moreover the element of this Buddha is fire and its color, red. Sandalwood is considered capable of transforming desires and retaining the attention of a person practicing meditation.
Sandalwood is one of the main constituents of incense made in China, Taiwan, Japan, Vietnam, Korea, and is intended to be lit in temples or during cults. It is also used a lot in India for these same applications.
The bodhisattva Avalokiteshvara (Hindi अवलोकितेश्वर Avalokiteśvara "lord who observes from above", Chinese 觀世音 Guānshìyīn or 觀音 Guānyīn, Shanghainese Kueu(sy)'in, Korean Gwanseeum 관세음, Japanese 観音 Kan'non, Tibetan Chenrezig, Vietnamese Quán Thế Âm, Indonesian Kwan Im, Khmer លោកេស្វរ Lokesvara), is arguably the most revered and popular great bodhisattva among the Buddhists of the Great Vehicle. It is also used as yidam (tutelary deity) in tantric meditations.

OM: the wisdom of stability. MA: the all-fulfilling wisdom NI: wisdom emanates from oneself PAD: the all-embracing wisdom (dharma) ME: the discriminating wisdom HUNG: the wisdom like a mirror..