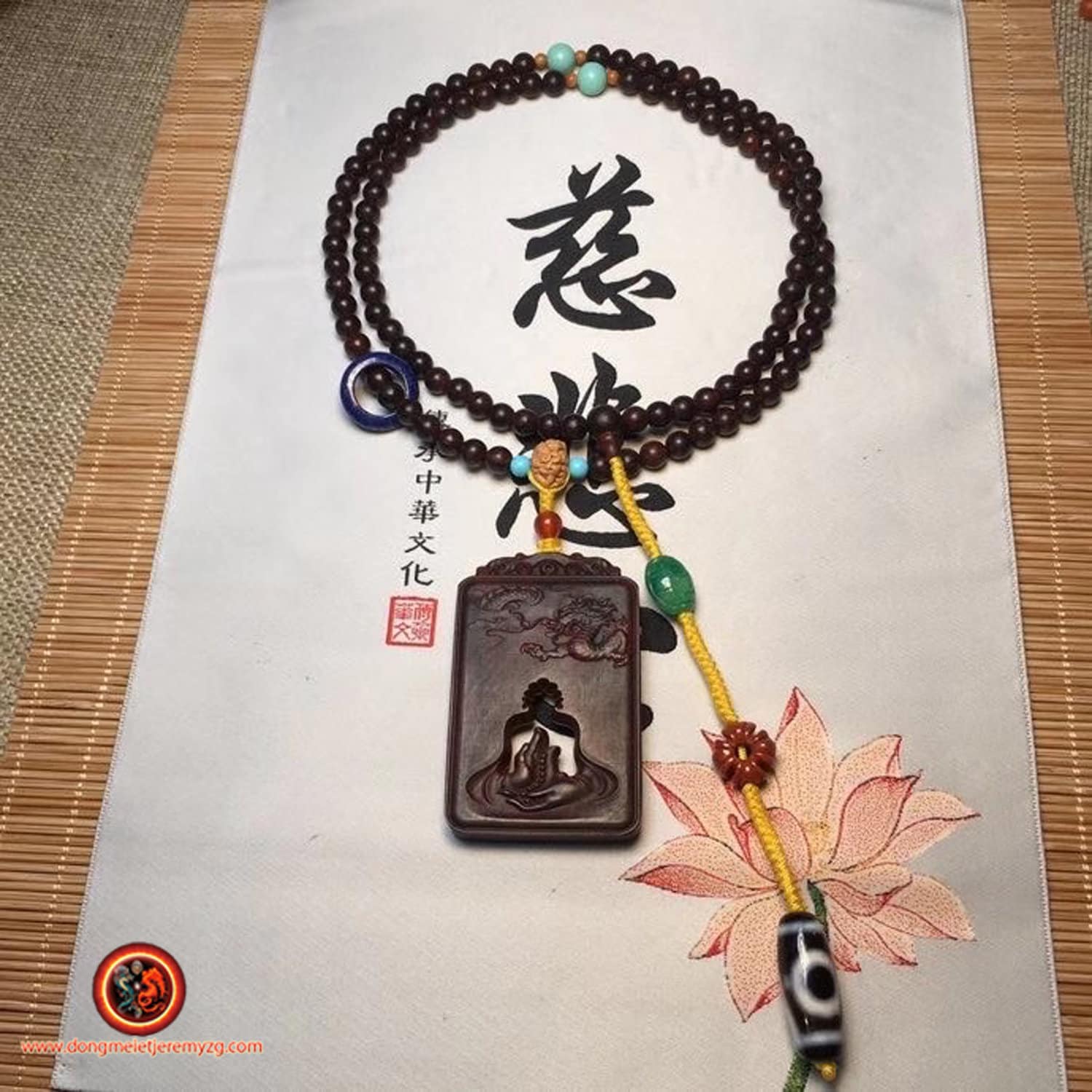 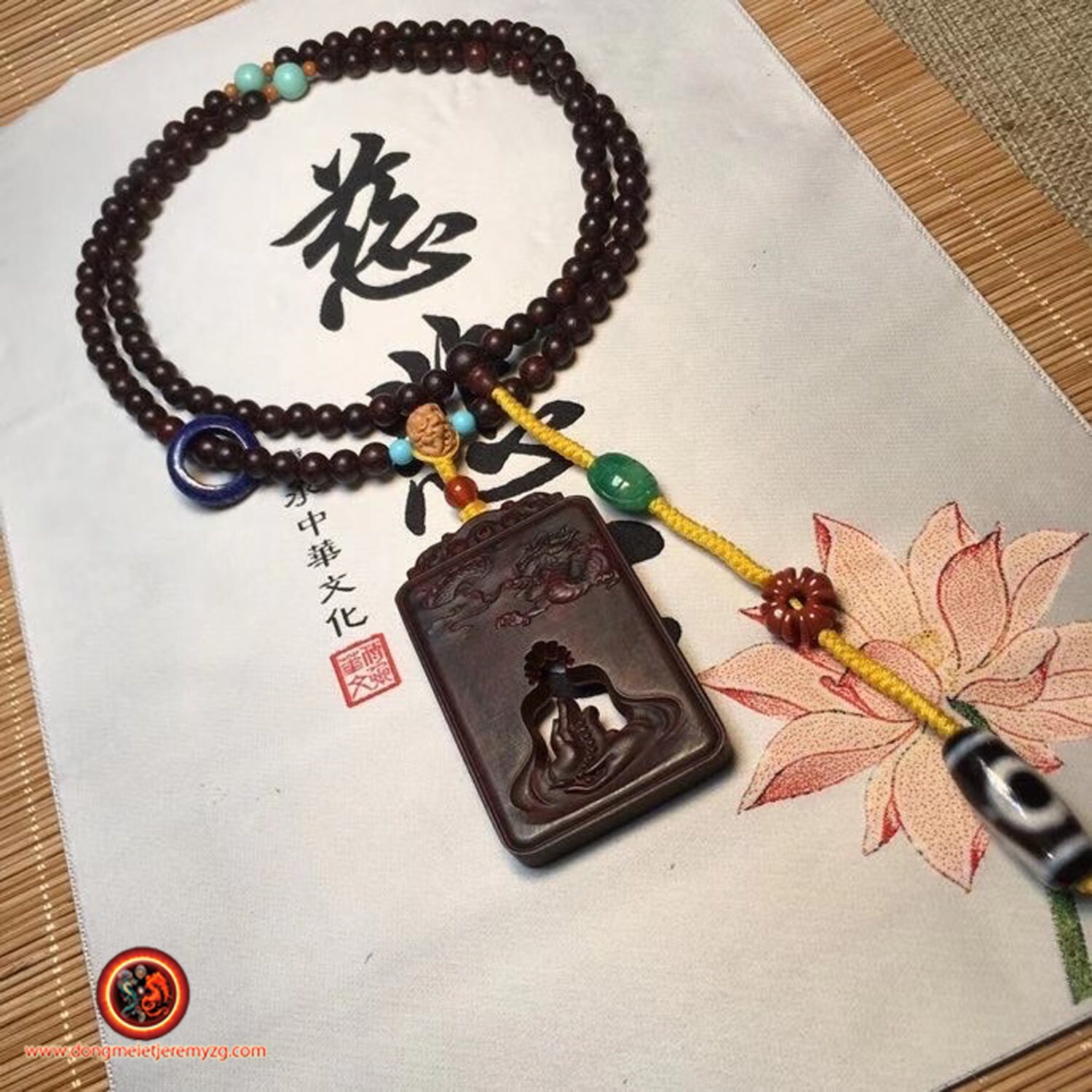 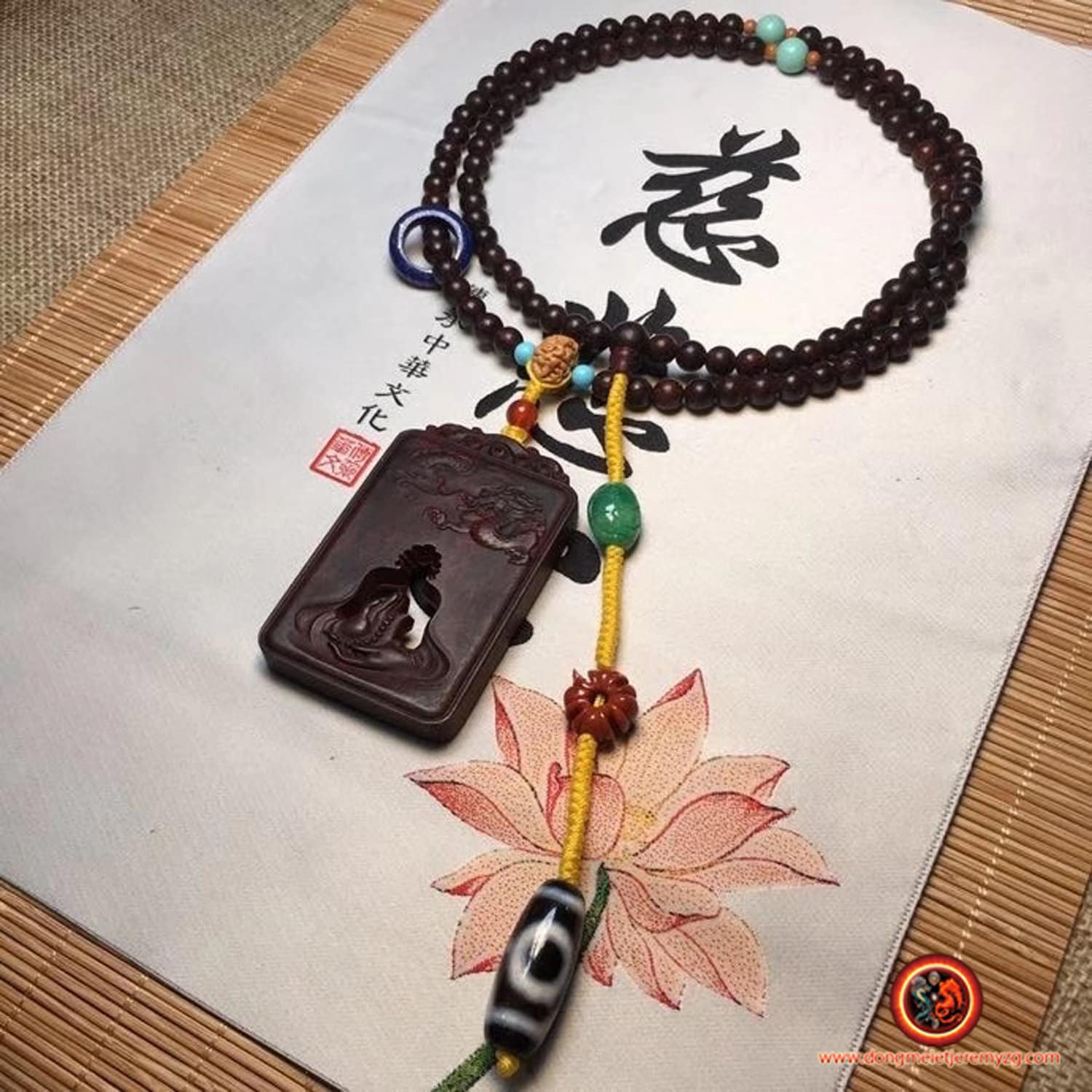 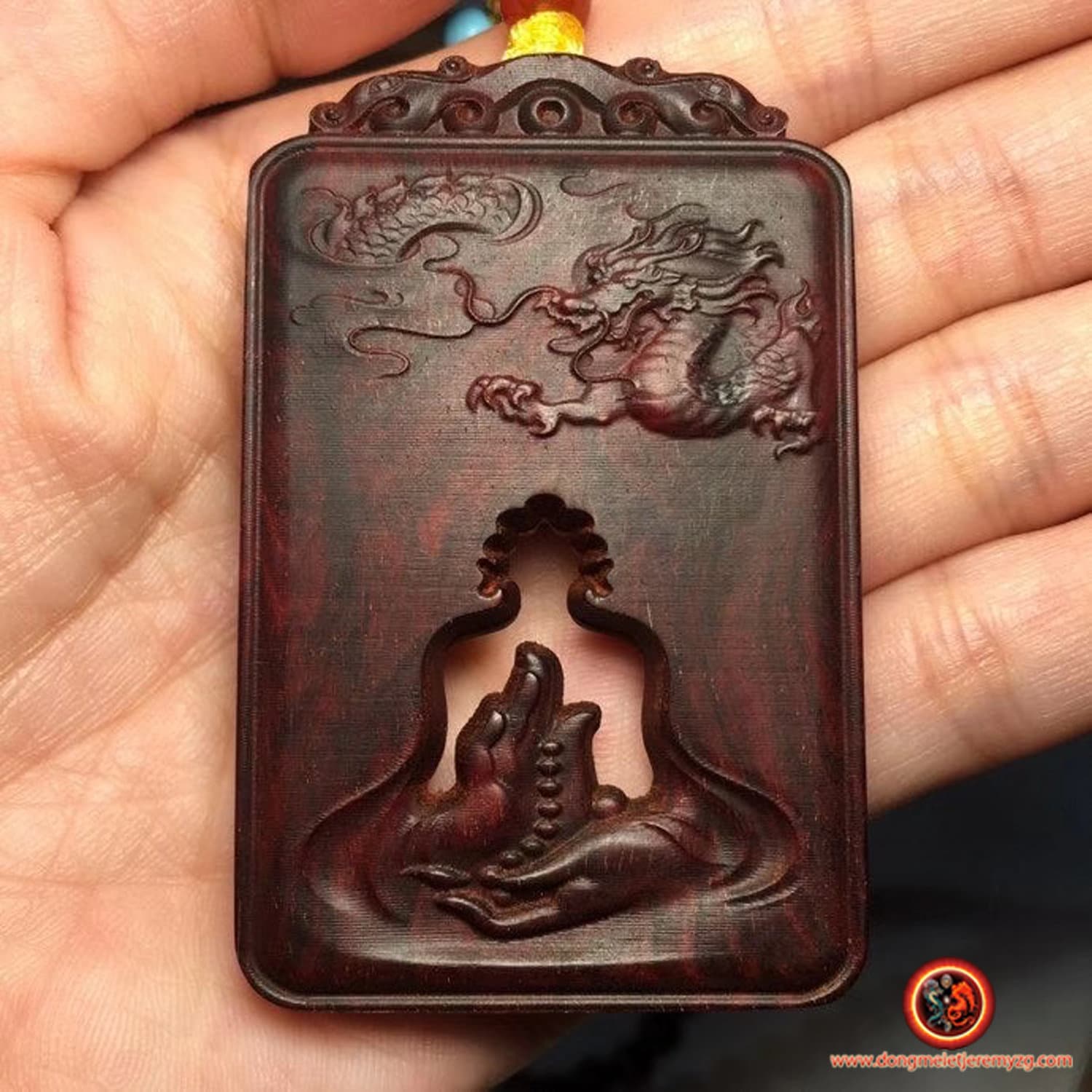 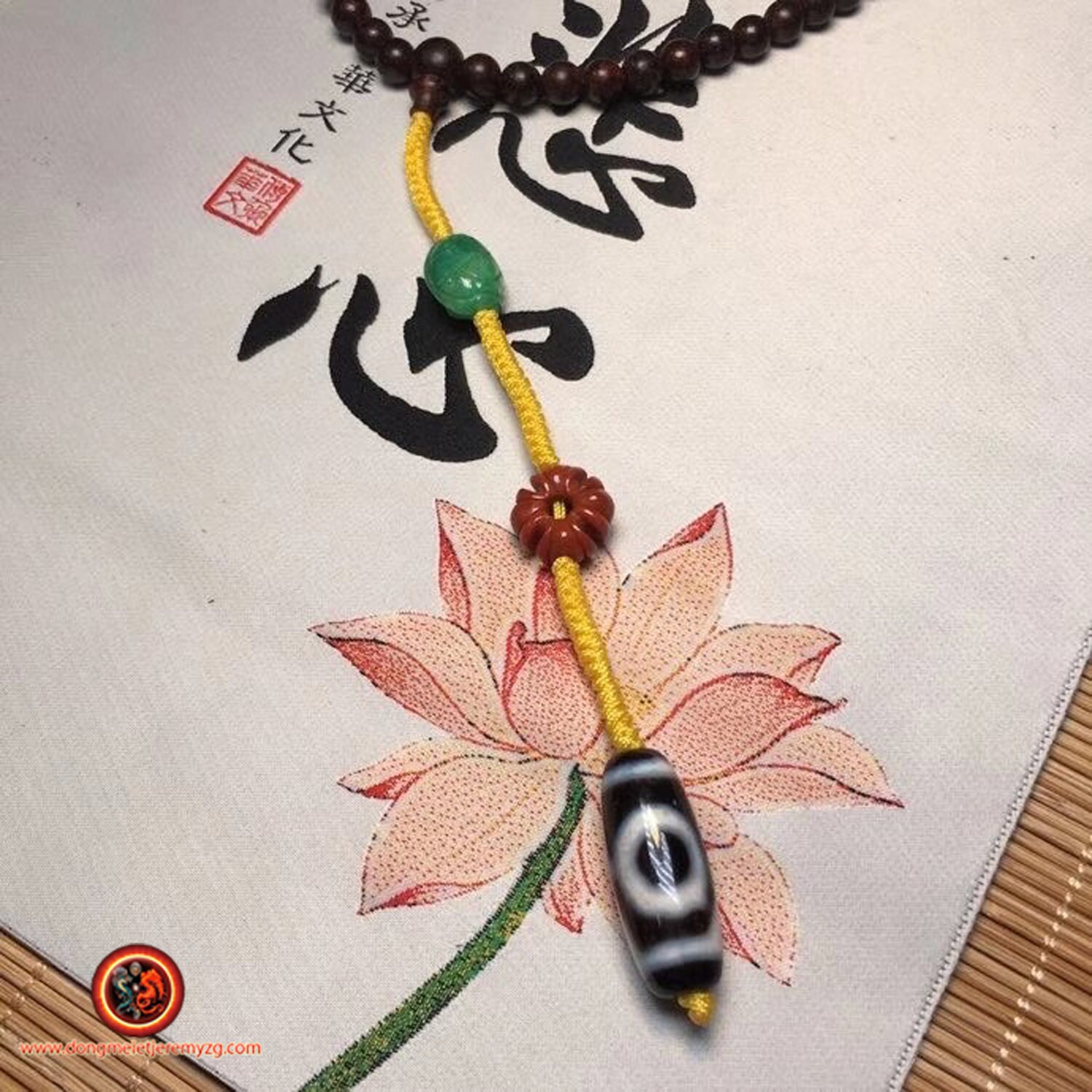 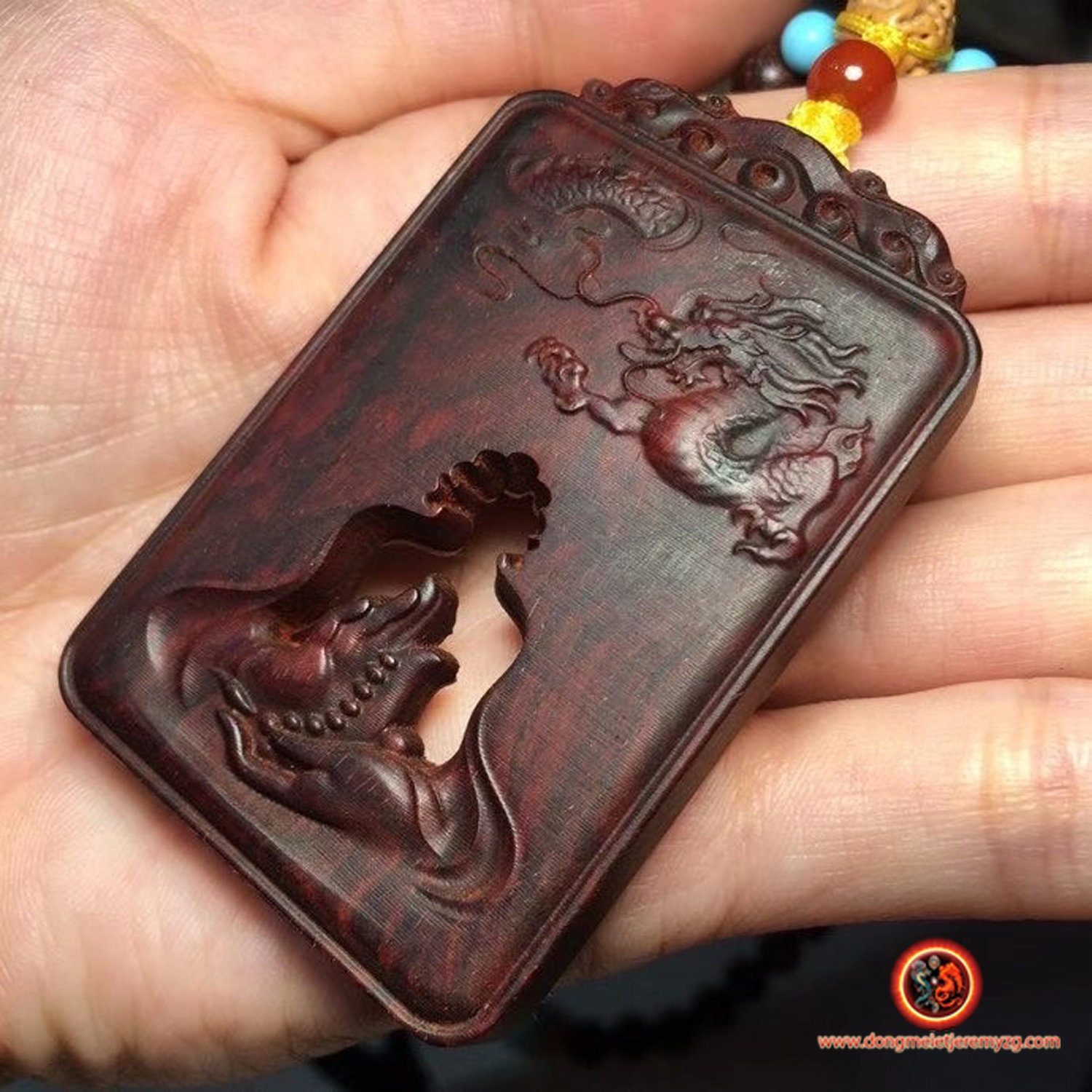 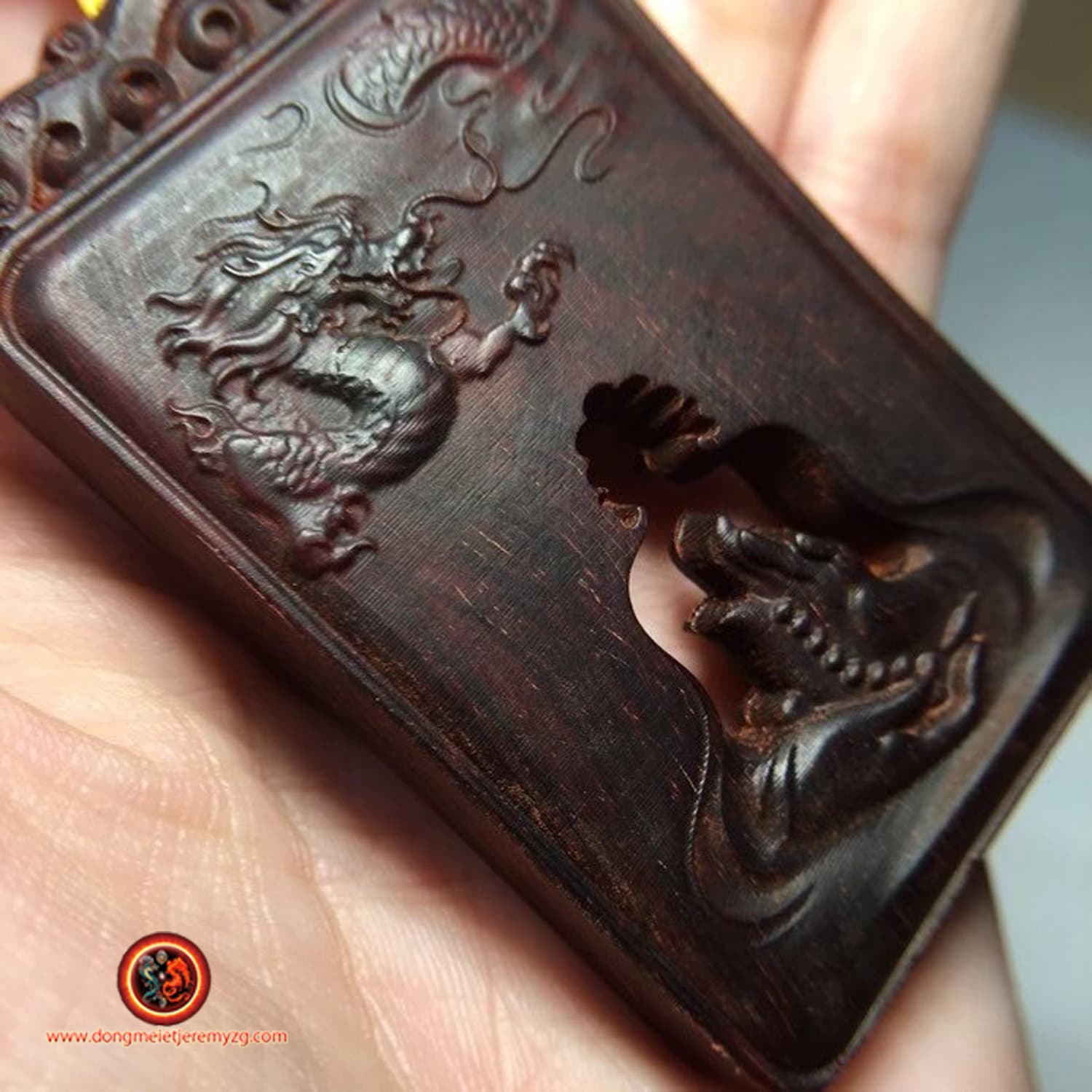 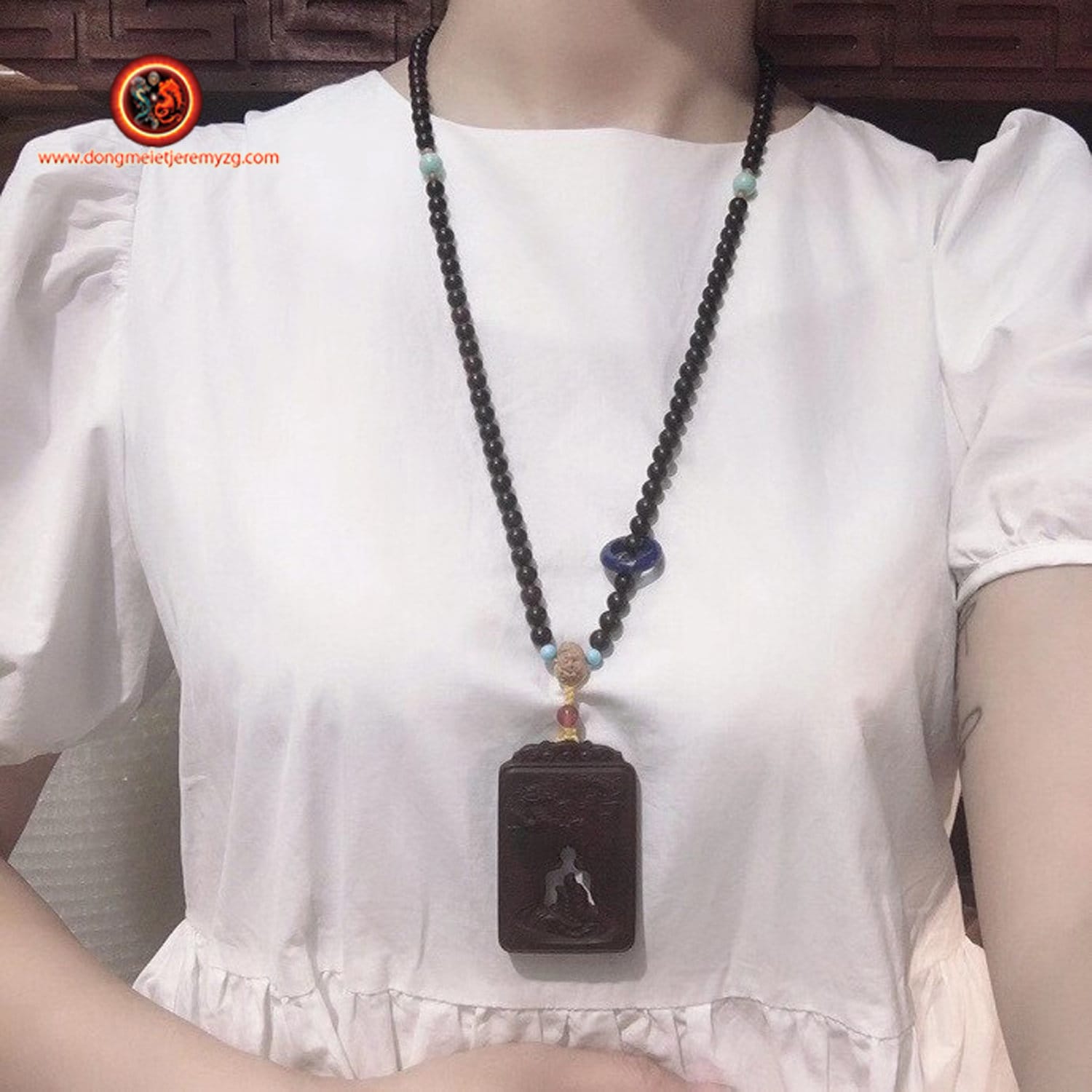 As Malakara, we make all our mala ourselves by scrupulously respecting tradition.

This red sandalwood, coming from India, much rarer than white sandalwood has no characteristic smell and is part of the very precious woods.
In Buddhism, sandalwood is one of the Padma (lotus) and corresponds to the Amitabha Buddha, moreover the element of this Buddha is fire and its color, red. Sandalwood is considered capable of transforming desires and retaining the attention of a person practicing meditation.
Sandalwood is one of the main constituents of incense made in China, Taiwan, Japan, Vietnam, Korea, and is intended to be lit in temples or during cults. It is also used a lot in India for these same applications.

The two-eyed Dzi allow harmony between husband and wife to build a happy family, to ensure success and good relations with others. The 2-eyed pearl represents the harmonious concept of Yin and Yang, the vital balance. So this pearl strengthens stability and balance.

The Dzi is a Tibetan pearl, of distant origin, bringing many mystical benefits and benefits to its wearer. He is a Tibetan talisman or amulet, the king of lucky charms, sometimes revered as a true deity. The success of the Tibetan pearl comes from its multiple eyes, up to 21.

The Dzis are supposed to bring good fortune, ward off evil spirits, and protect its wearer from dangers and accidents, and even bring longevity and good health.

In Buddhism, the Dragon is the vehicle of Vairocana, the white Buddha sitting in the east (or center). His throne supported by Dragons probably derives from the Chinese imperial throne. The Turquoise Dragon is the mount of a large number of protective deities, guardians of treasures and gods rain and thunderstorms. As guardians of treasures, the Sino-Tibetan Dragons are the counterparts of the Indian nagas. The Tibetan term druk (tib.brug) means both "dragon" and "thunder". Bhutan, a Buddhist kingdom, is called Druk Yul (Land of the Dragon). Its inhabitants, the drukpas, take their name from the spiritual lineage drukpa kagyu, originally from Tibet. This lineage was established by the sage Tsangpa Gyaré who, having once observed nine dragons disappearing in the sky near Gyantse, decided to establish the monastery of Ralung. In Tibetan Buddhism, the rise to heaven of a group of Dragons is a good sign.