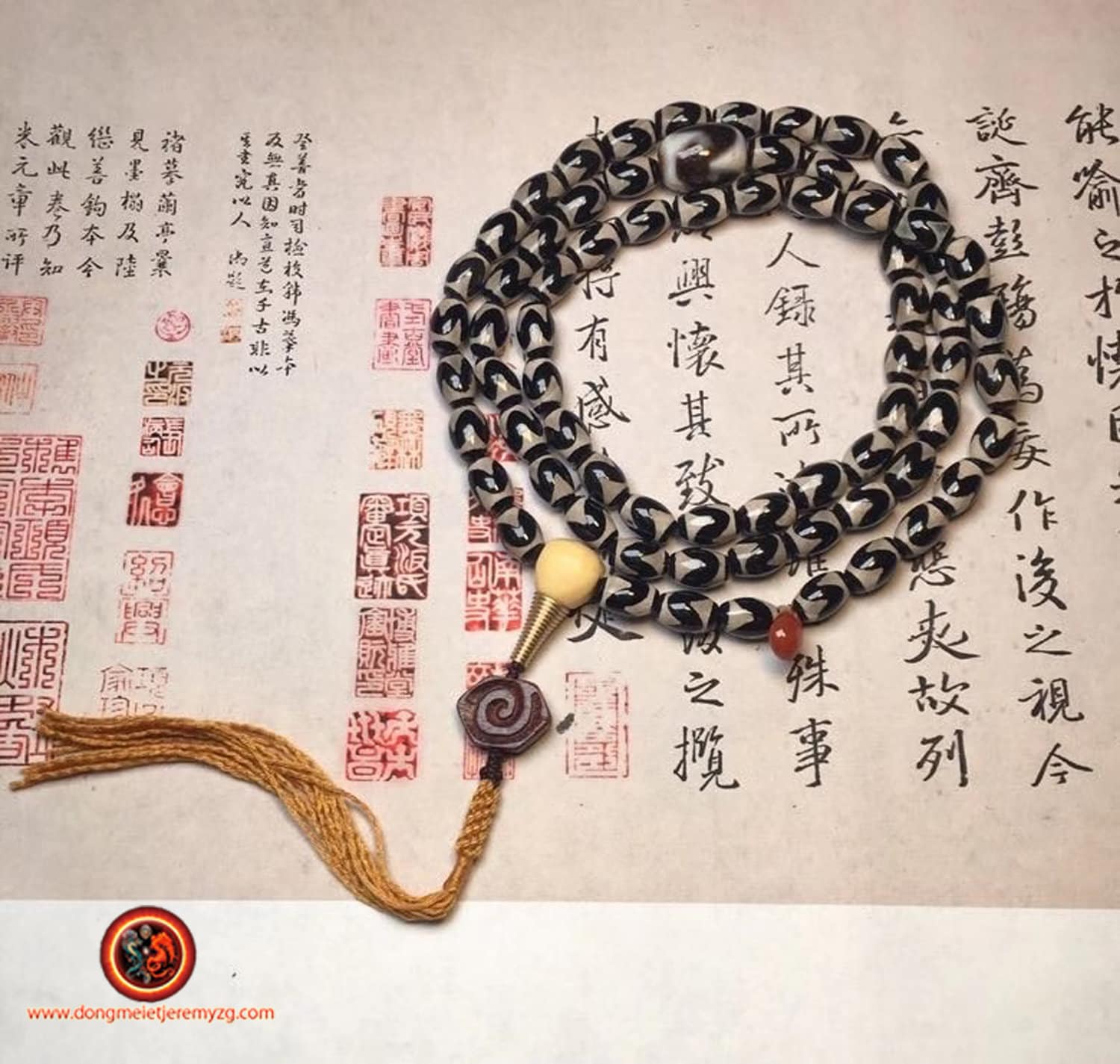 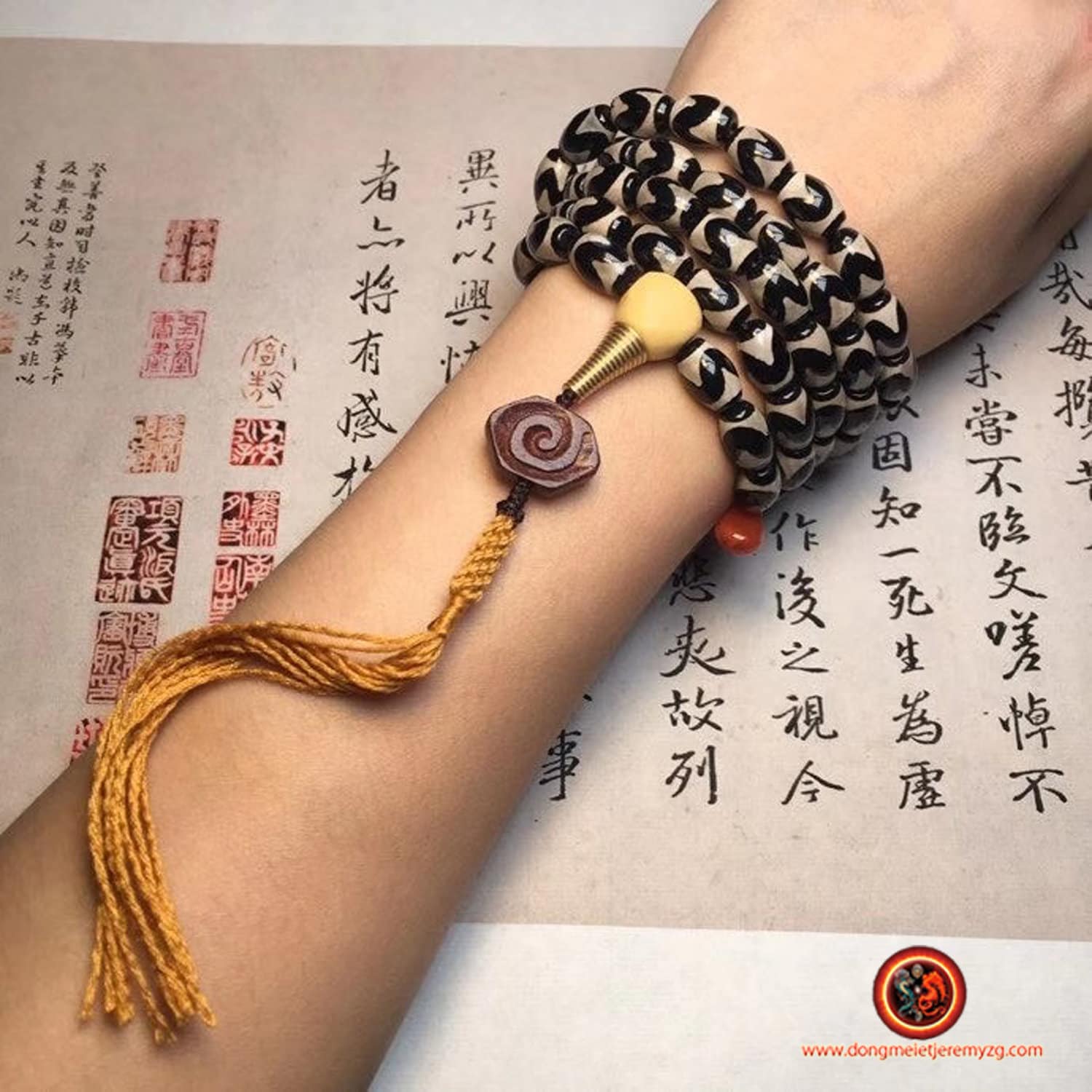 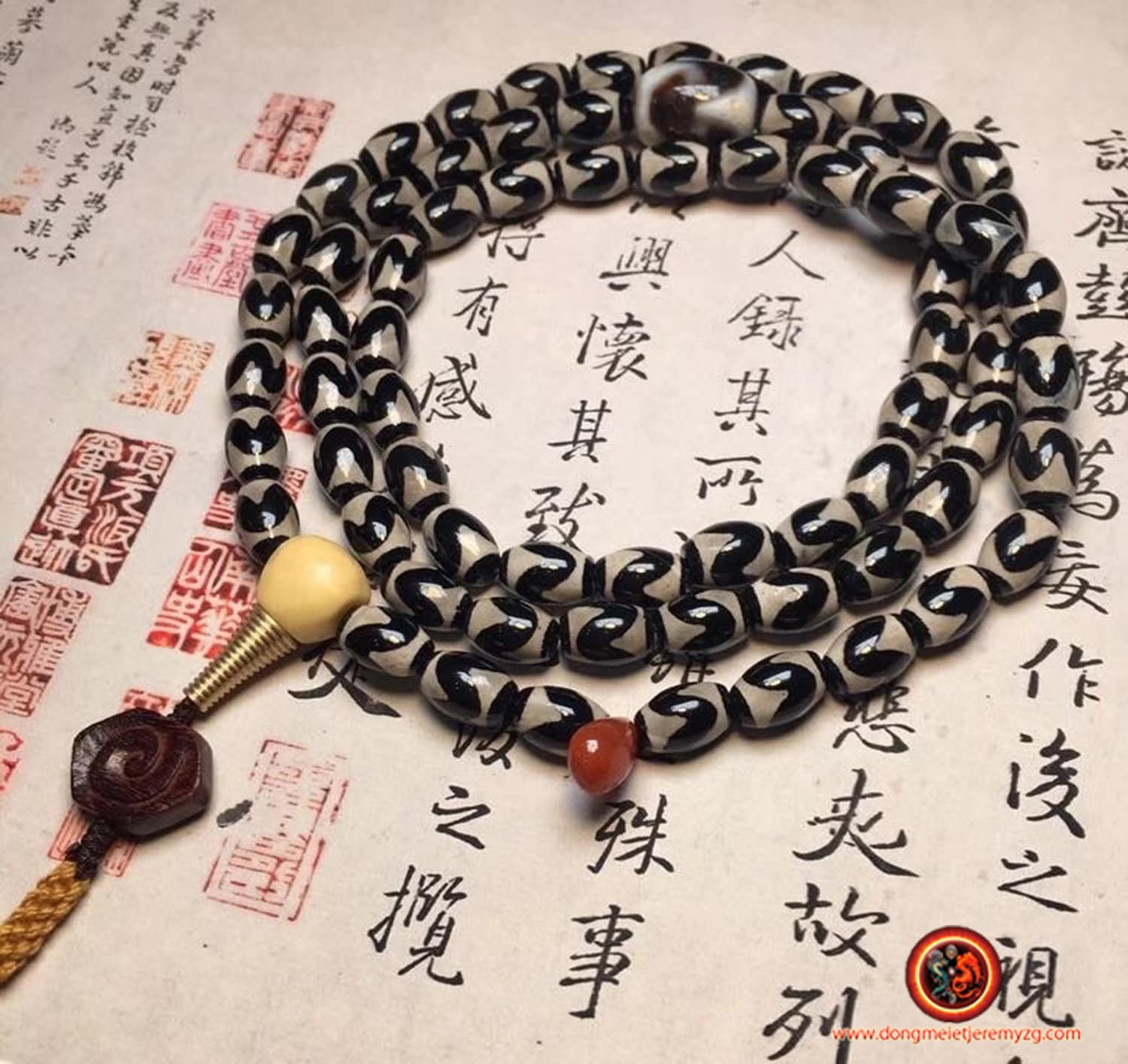 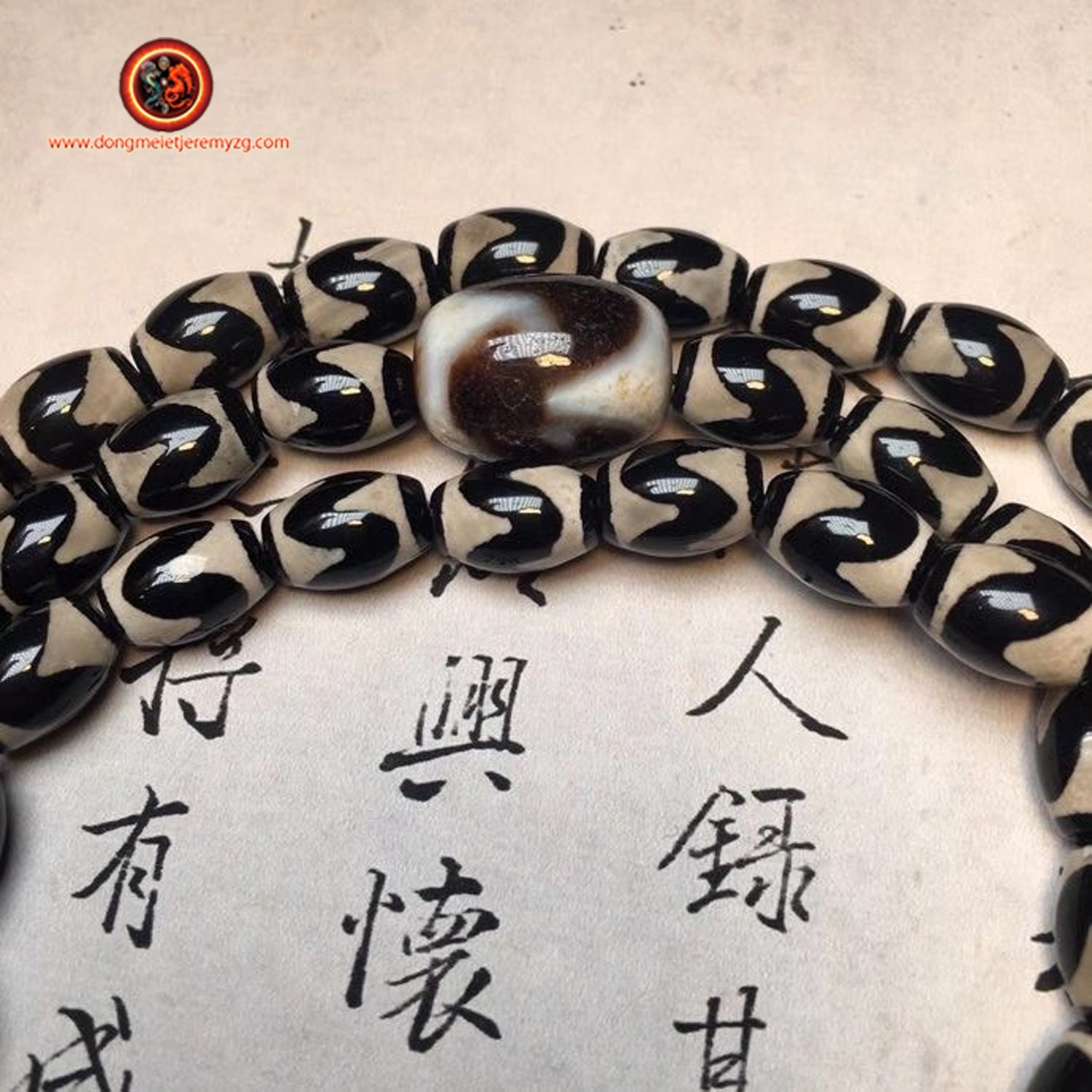 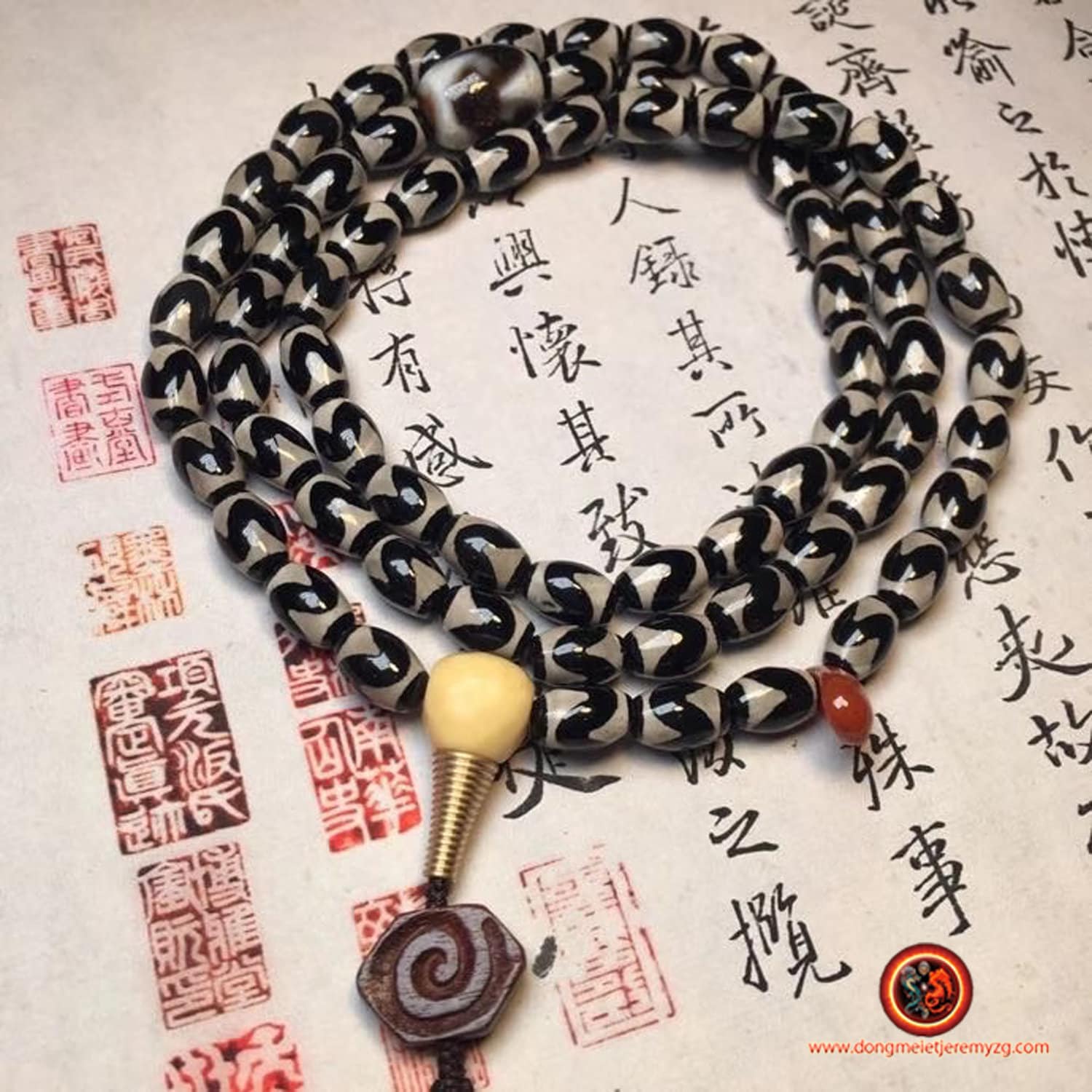 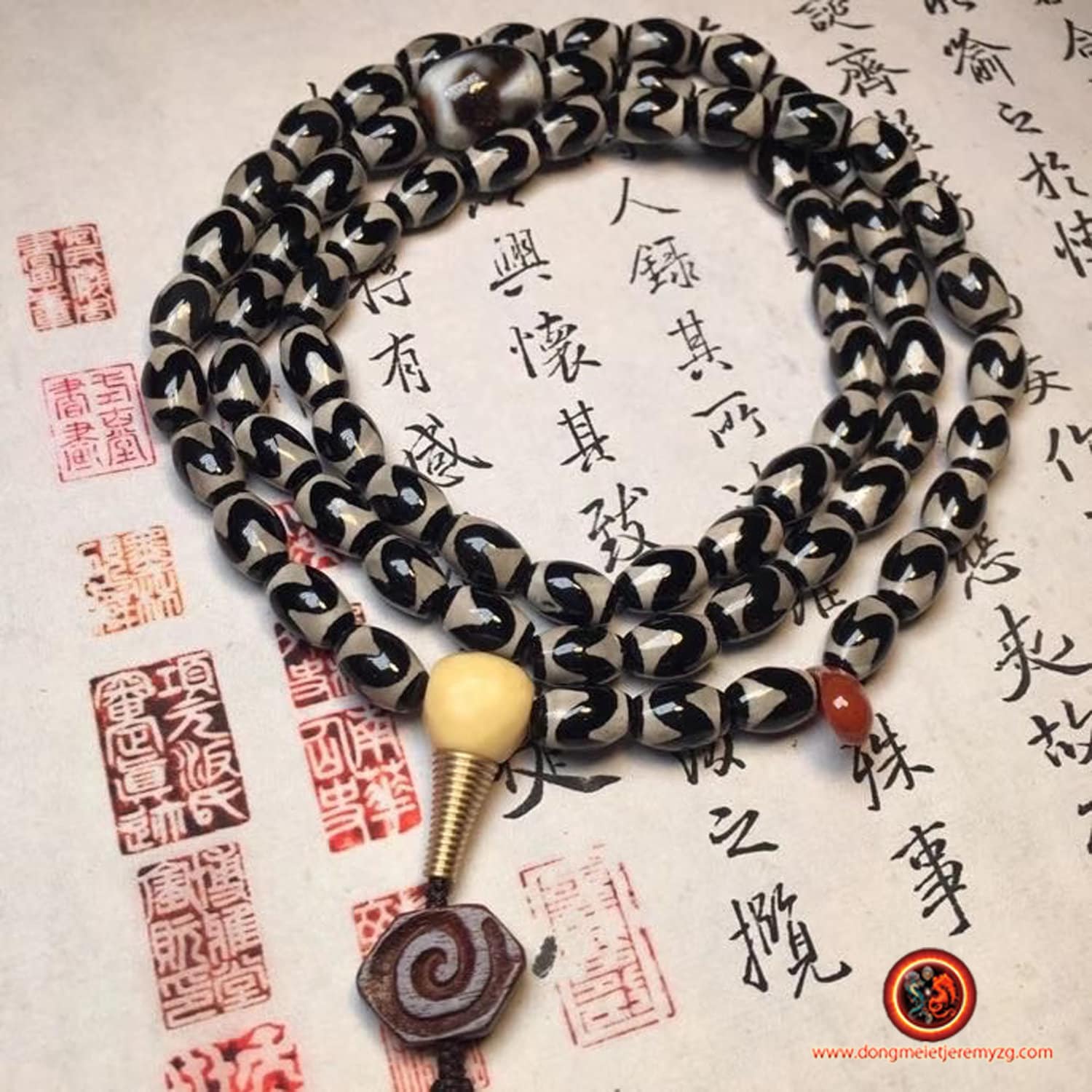 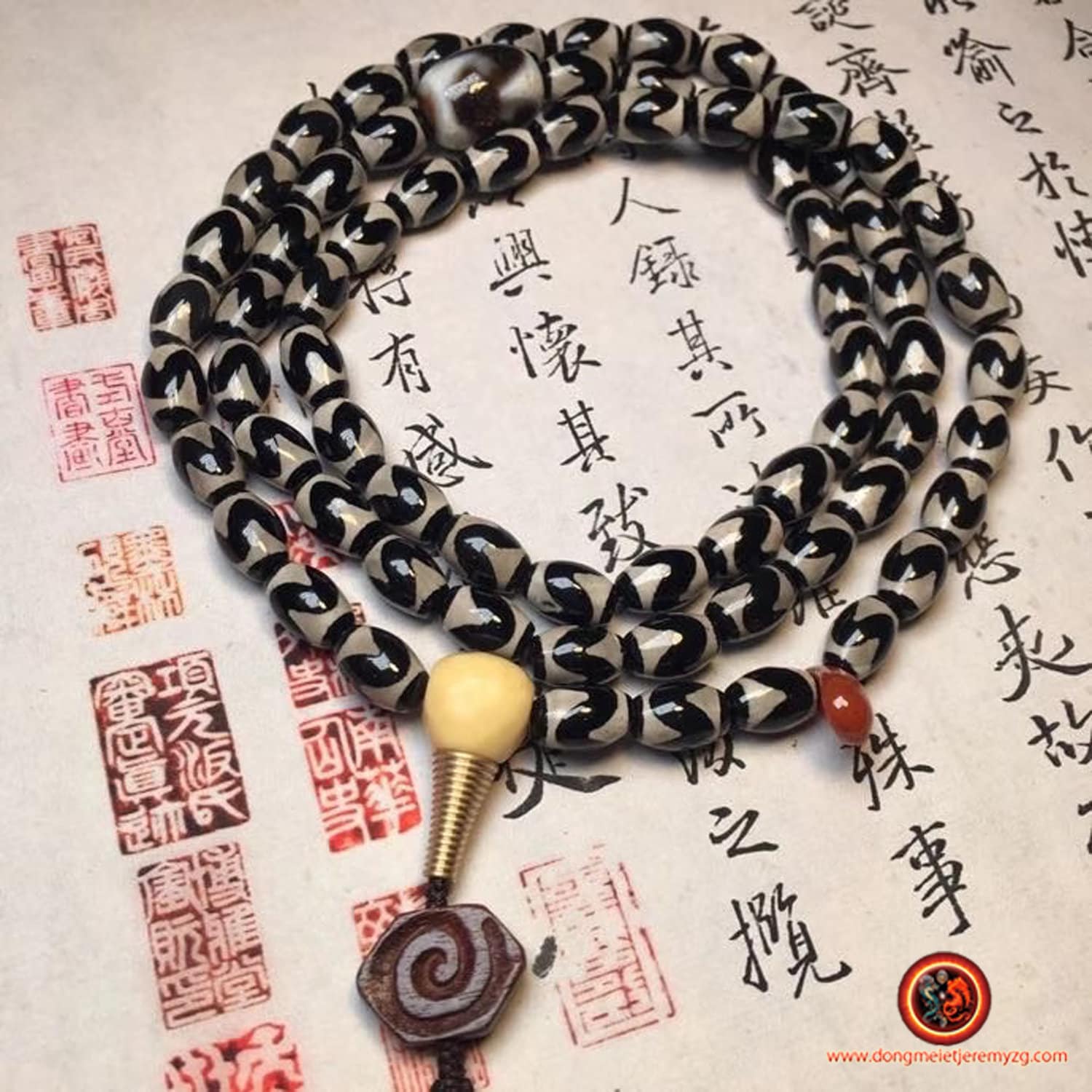 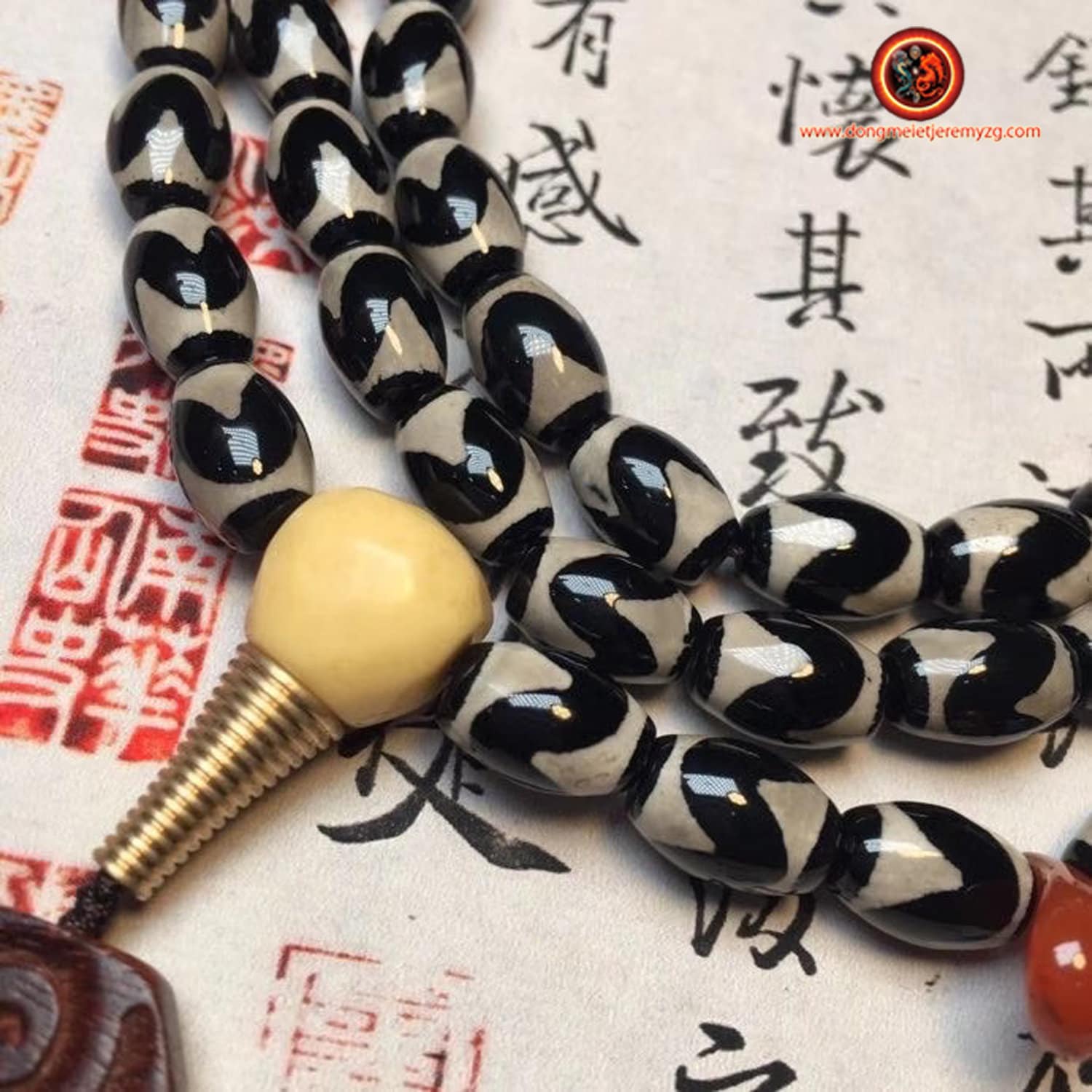 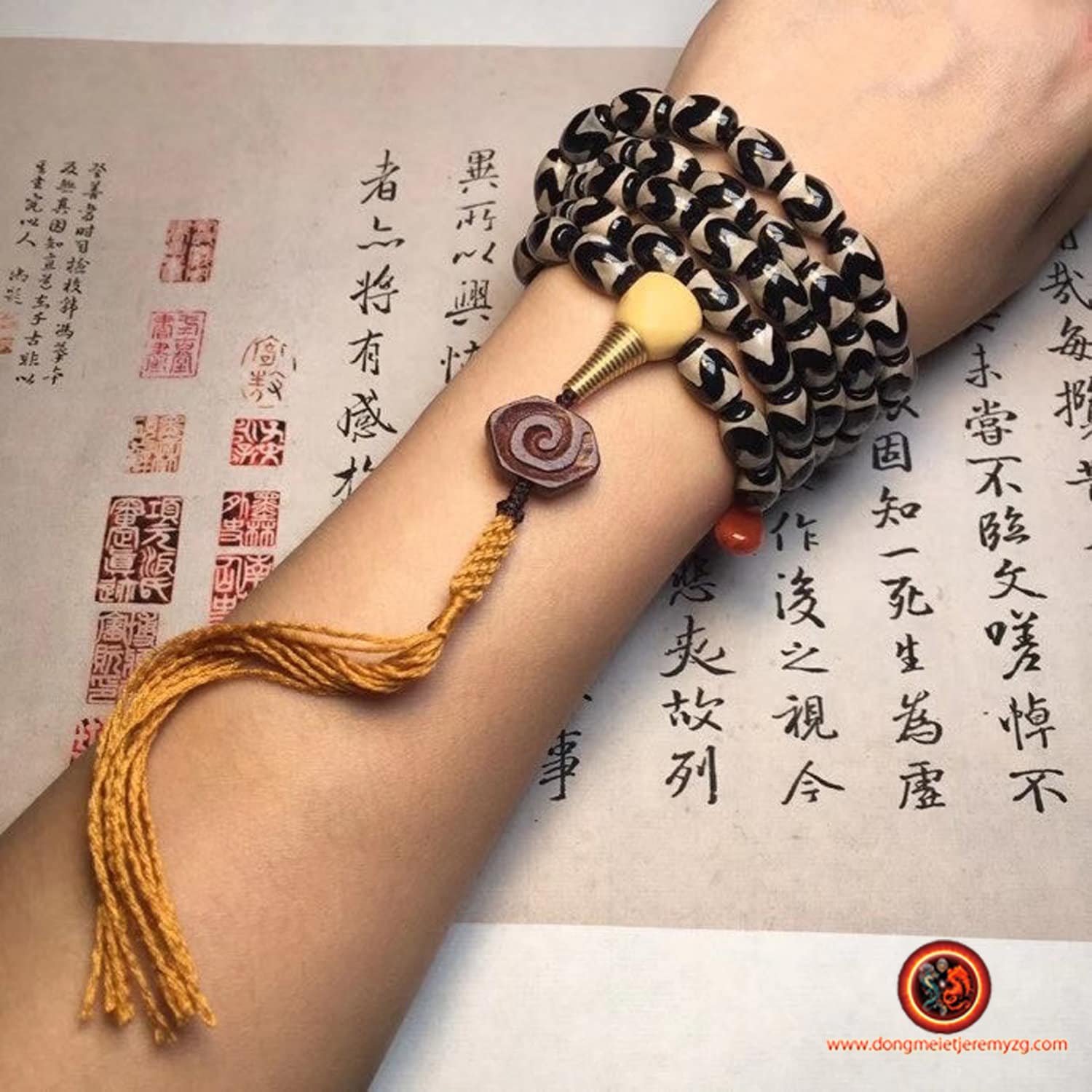 The teeth of the DZI tiger give the person who wears this DZI will-power and persistence. It is believed that this stone helps to focus the mind and realize its personal aspirations.

The DZI symbolizing Tara the liberator and mother of all Buddhas according to Vajrayana.
Tara is another incarnation of the avalokiteshvara bodhisattva, whose female and male figures (Chenrezi) have a special honor in the Buddhist world. Tara's particularity lies in her seven eyes, through which she sees every manifestation of compassion in the world and the races to be saved. It is the bodhisattva of mercy and unfailing love, which grants its protégés help and protection. Tara has many incarnations: White Tara (fulfills wishes), Green Tara (fulfills wishes and protects), Golden Tara (prosperity and protection), Red Tara (love and healing). There are 21 Tara production methods in total. The dZi pearl with the Tara image on it has the power of all Tara's achievements. The pearl can help to avoid misfortune, protect against enemies and obtain justice. This will give those who are studying a chance to reach new frontiers of science.
There are many legends about the miracles associated with Tara. One of them concerns the Chinese goddess Yatou of Xian. She read the mantra to Tara Green a hundred thousand times when suddenly her crystal beads became emerald in color.