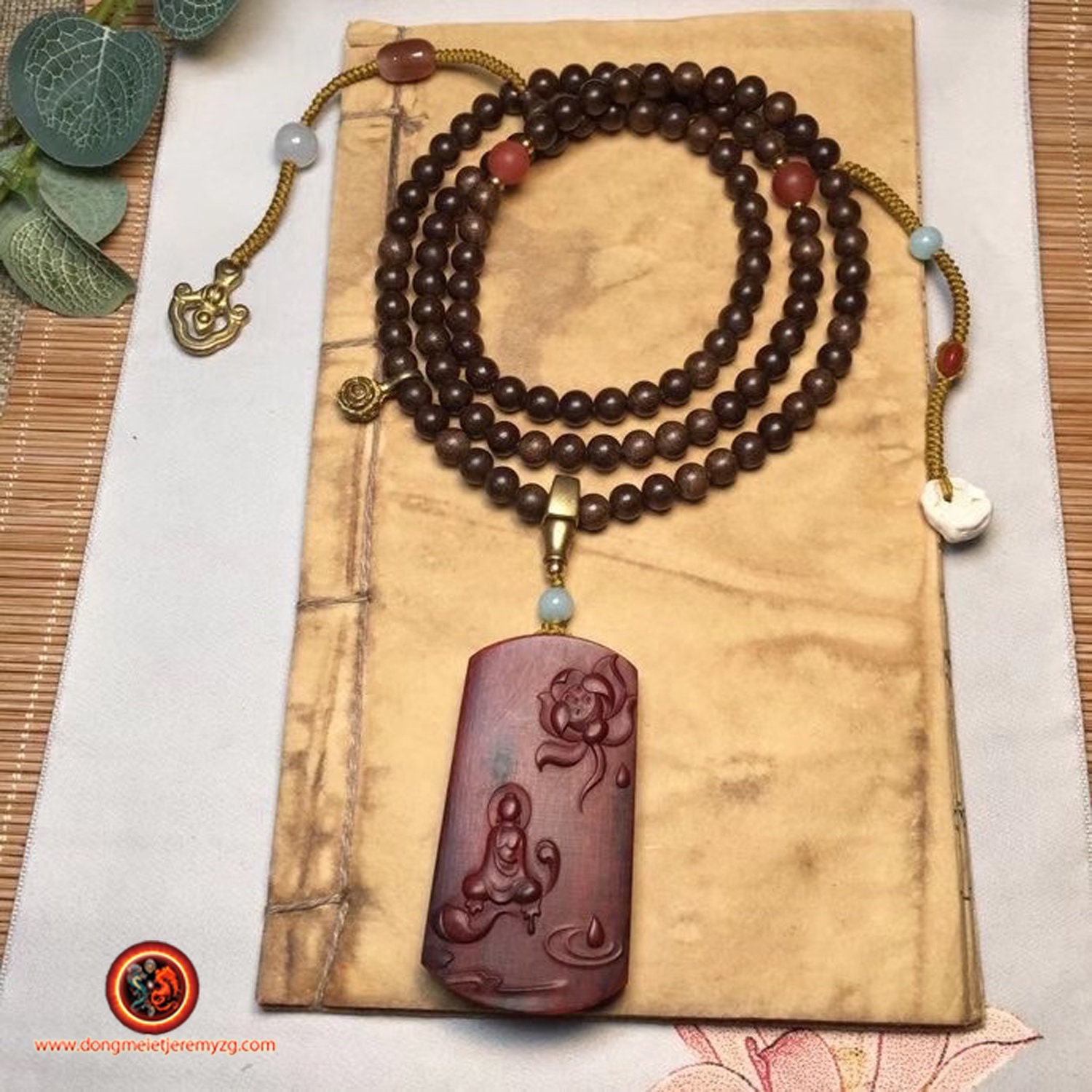 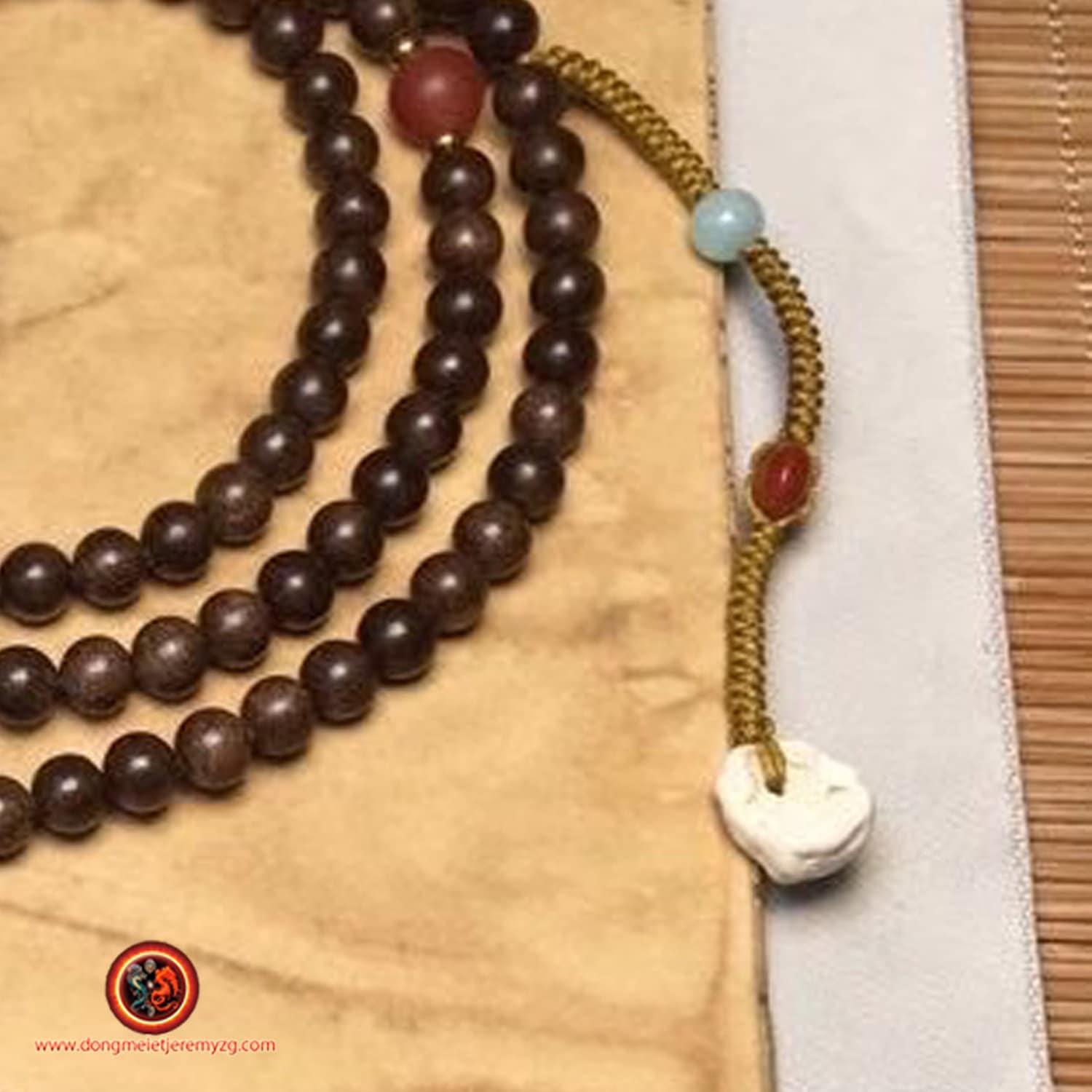 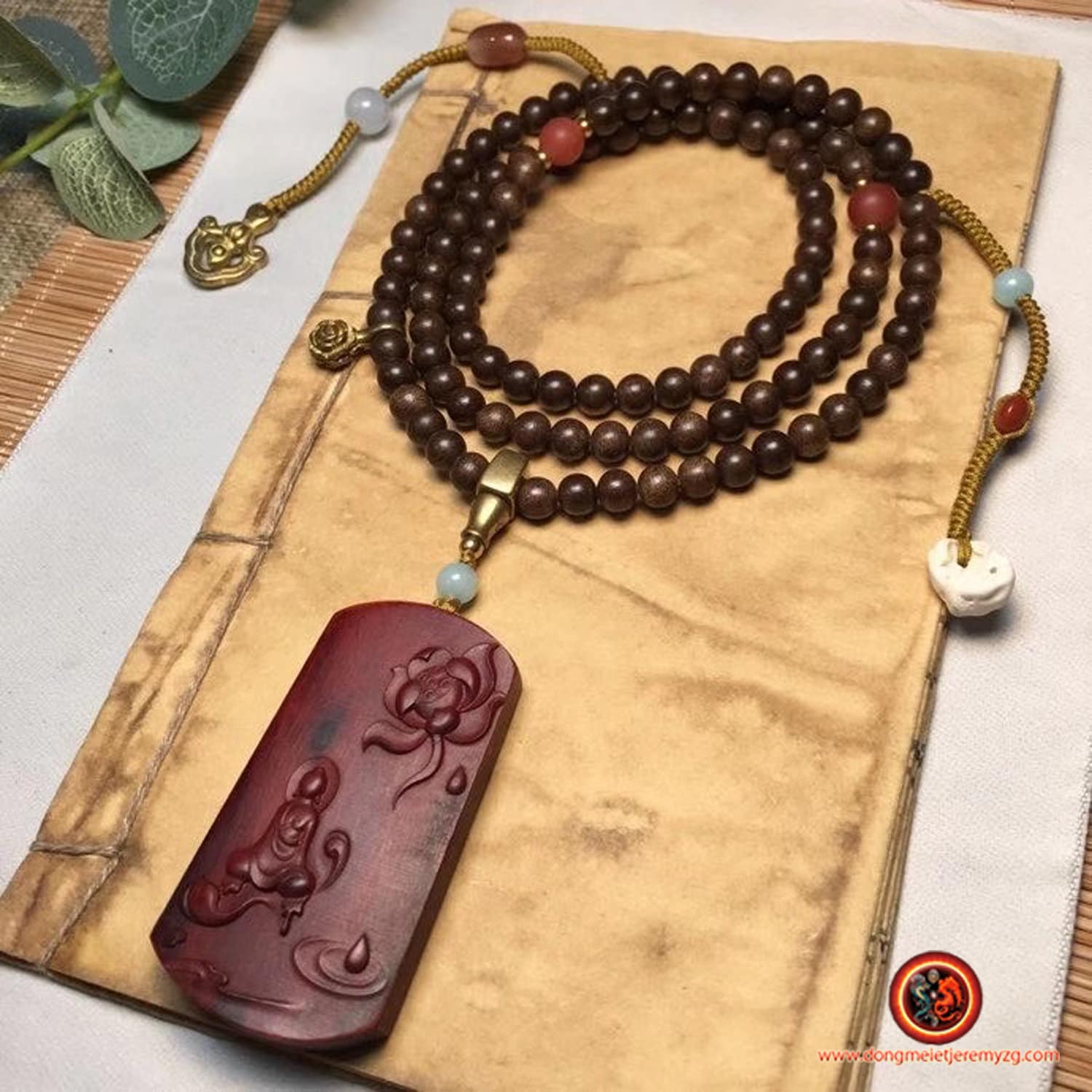 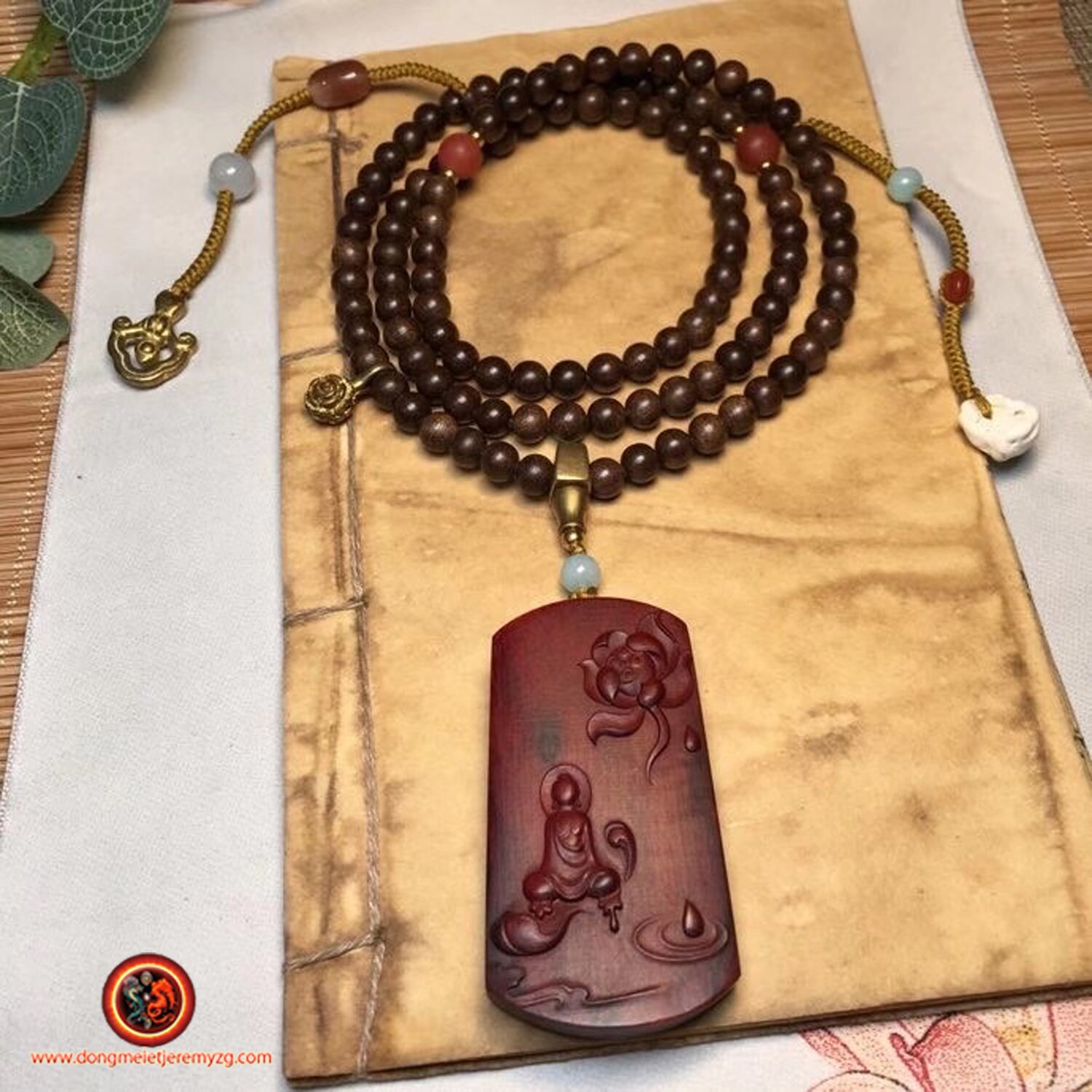 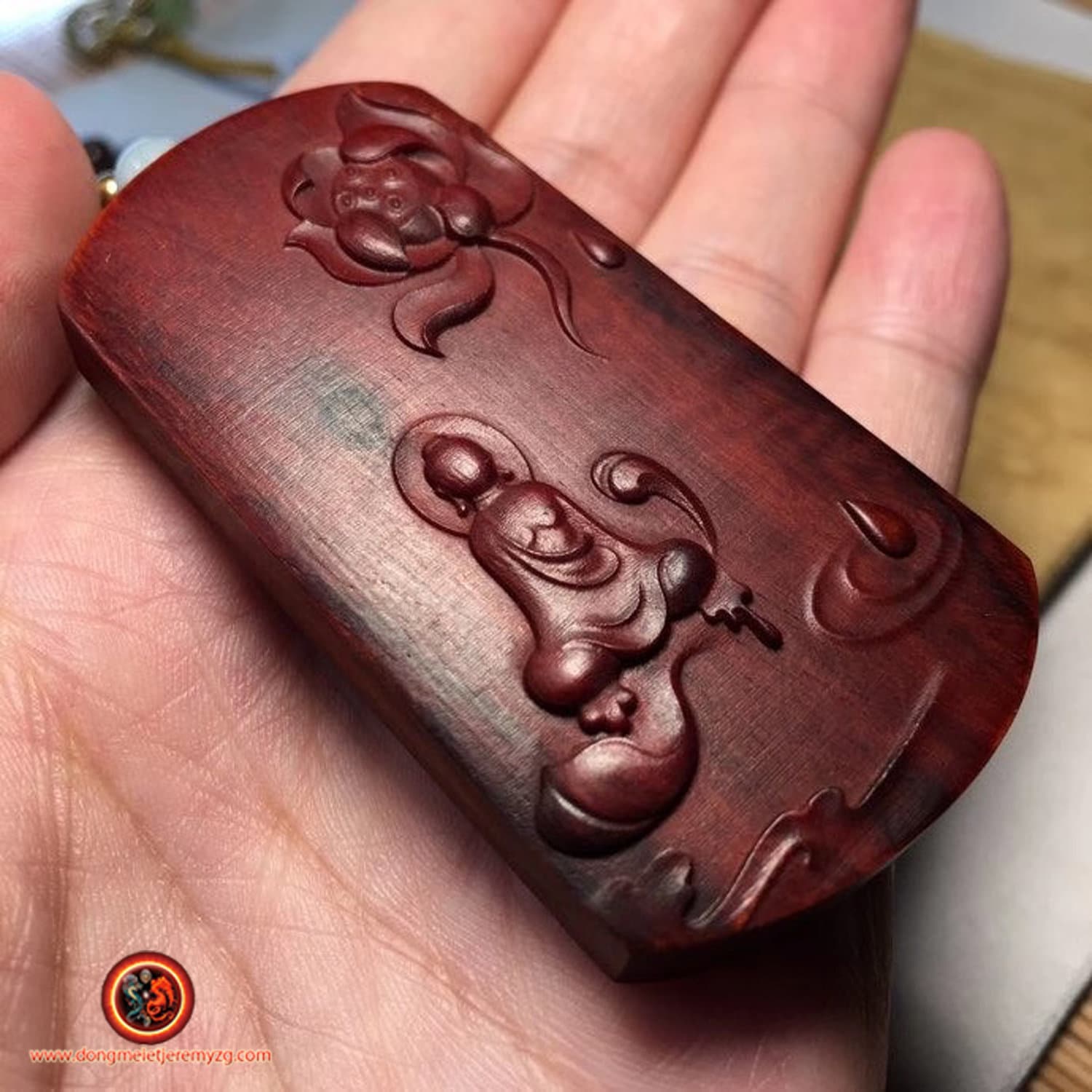 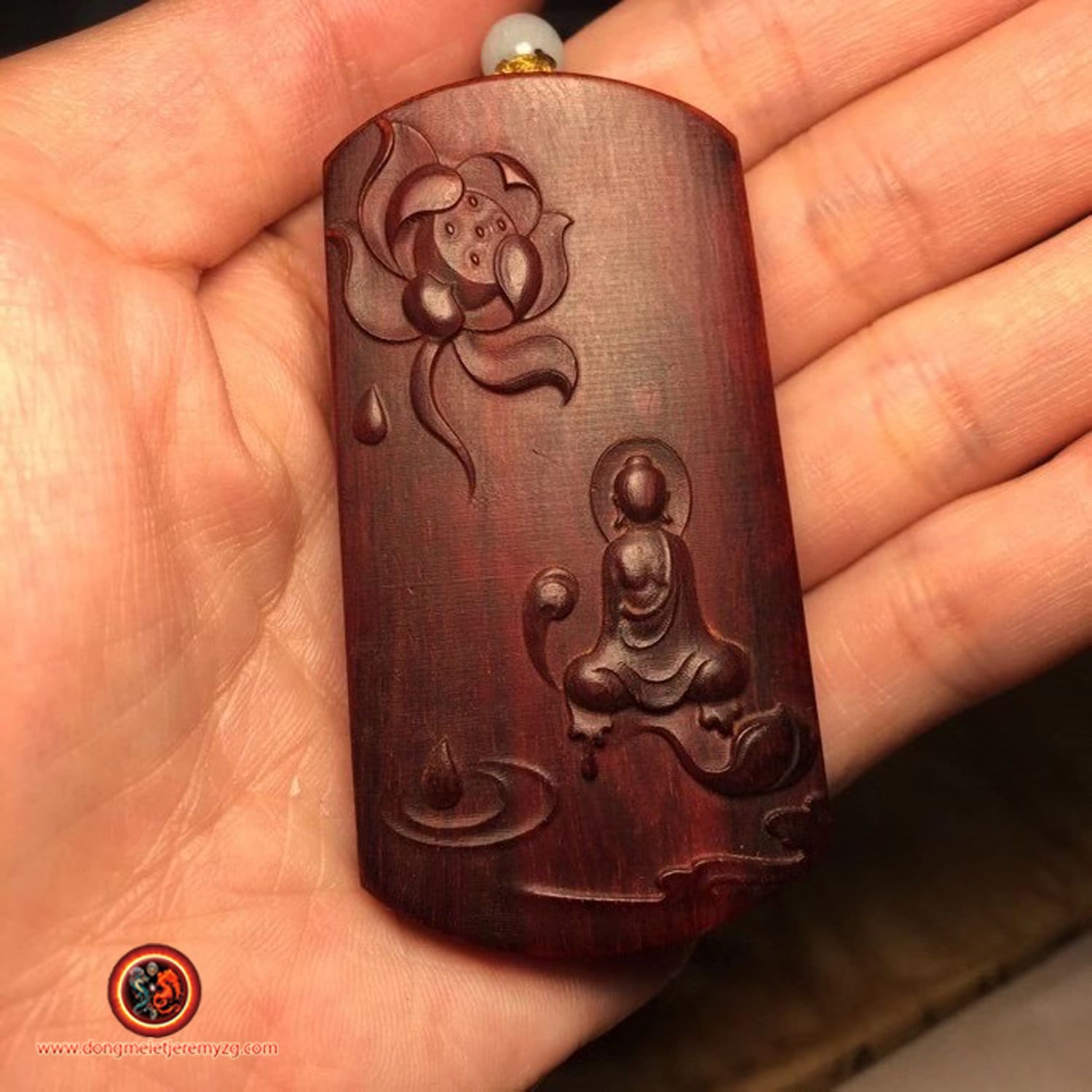 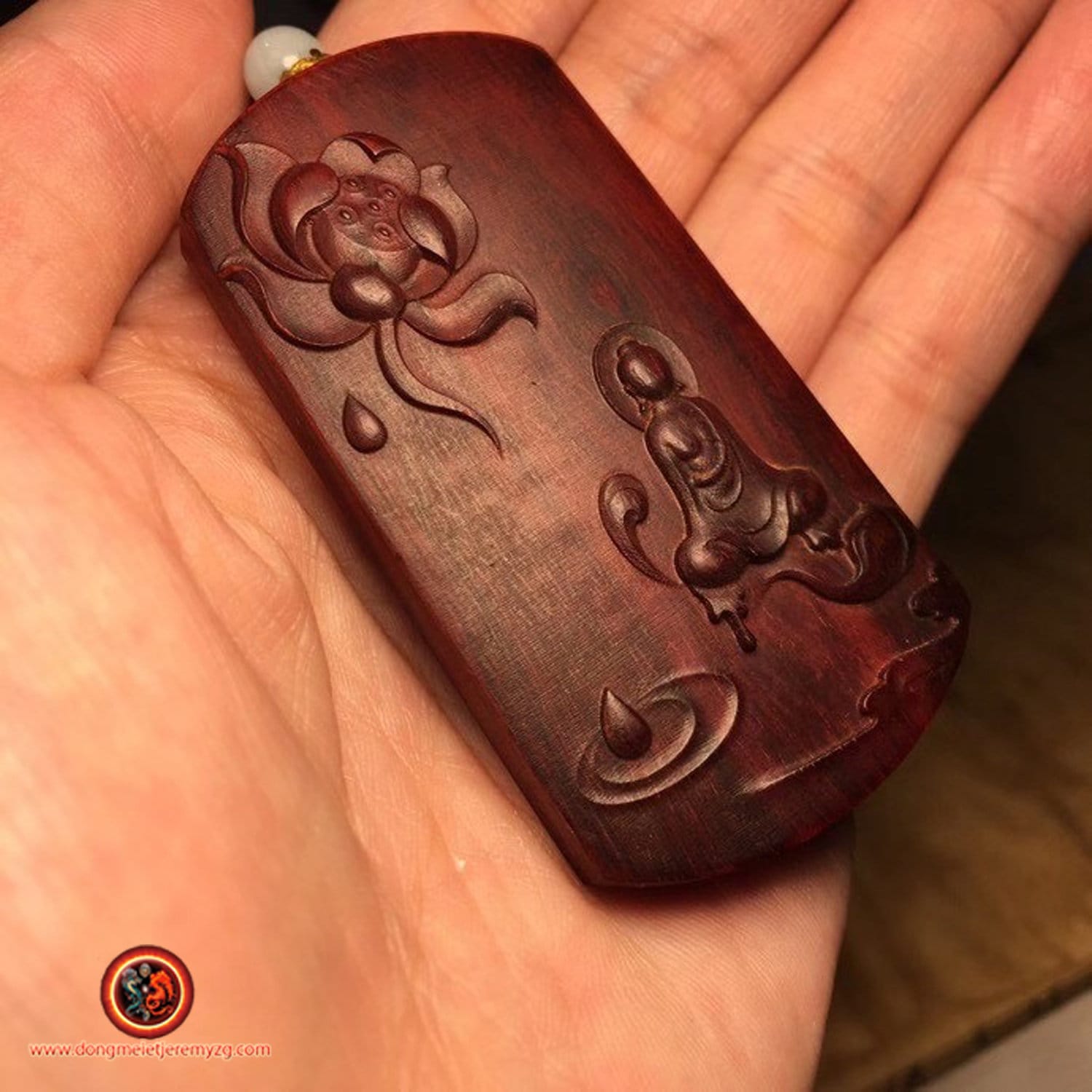 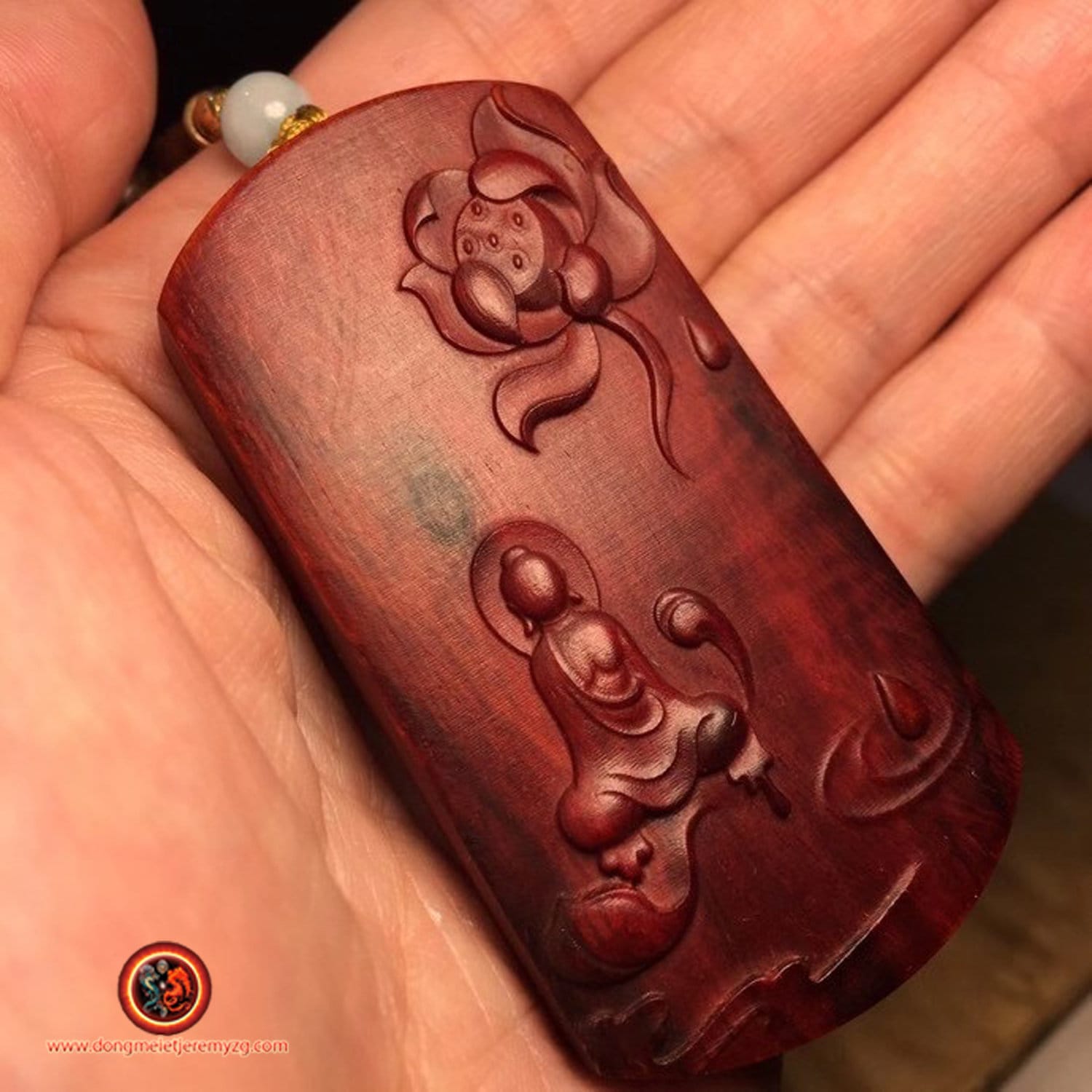 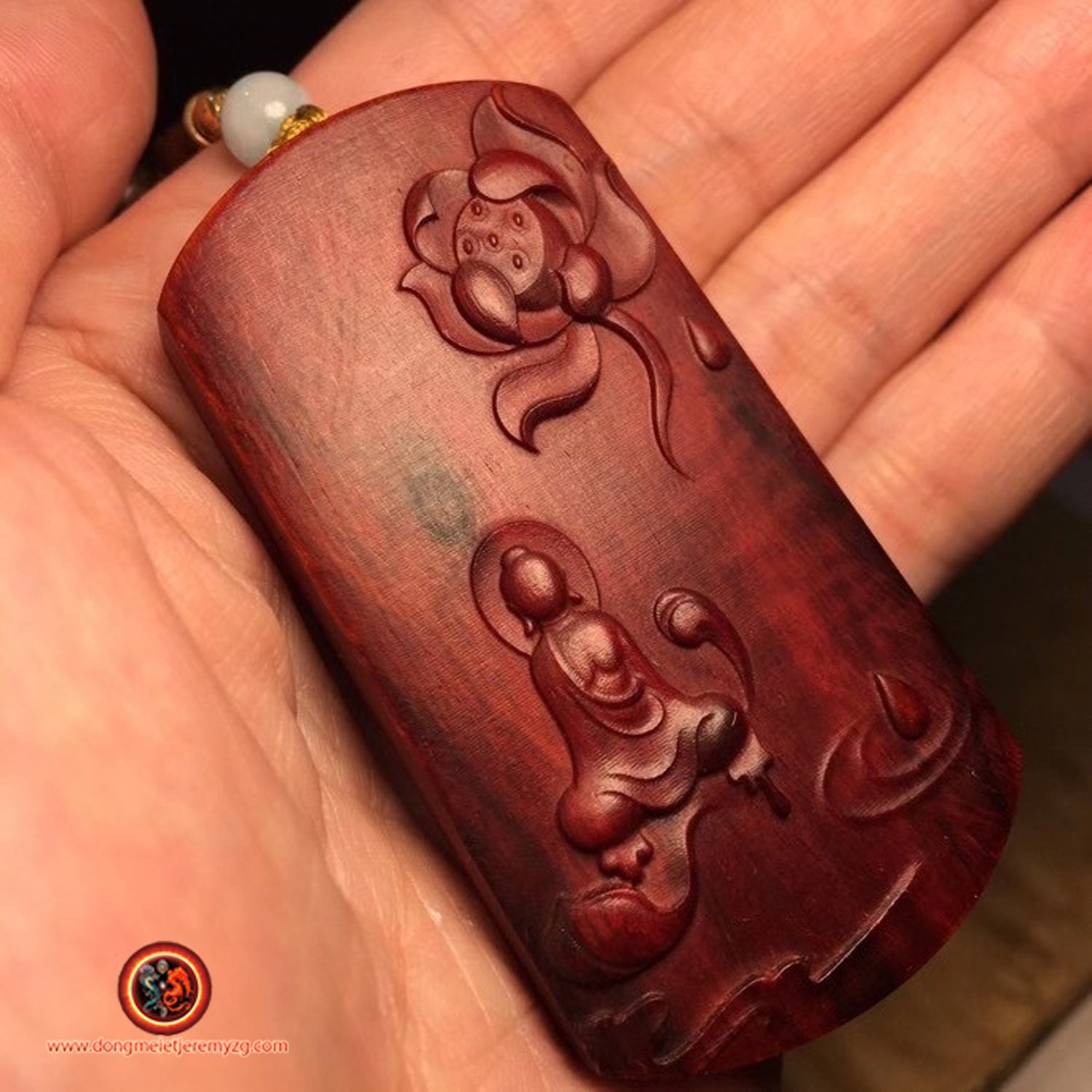 As a gemologist graduated from the Institut National de Gemmologie de Paris (France), all our subjects are certified natural without any treatment.

The aquilaria or hagar wood, tropical tree belongs to the family Thymelaeceae, which includes about forty species distributed mainly in South-East Asia. It has a slender appearance, a clear bark and leaves of an intense bright green; it can easily exceed five meters in height.

This red sandalwood, coming from India, much rarer than white sandalwood has no characteristic smell and is part of the very precious woods.
In Buddhism, sandalwood is one of the Padma (lotus) and corresponds to the Amitabha Buddha, moreover the element of this Buddha is fire and its color, red. Sandalwood is considered capable of transforming desires and retaining the attention of a person practicing meditation.
Sandalwood is one of the main constituents of incense made in China, Taiwan, Japan, Vietnam, Korea, and is intended to be lit in temples or during cults. It is also used a lot in India for these same applications.