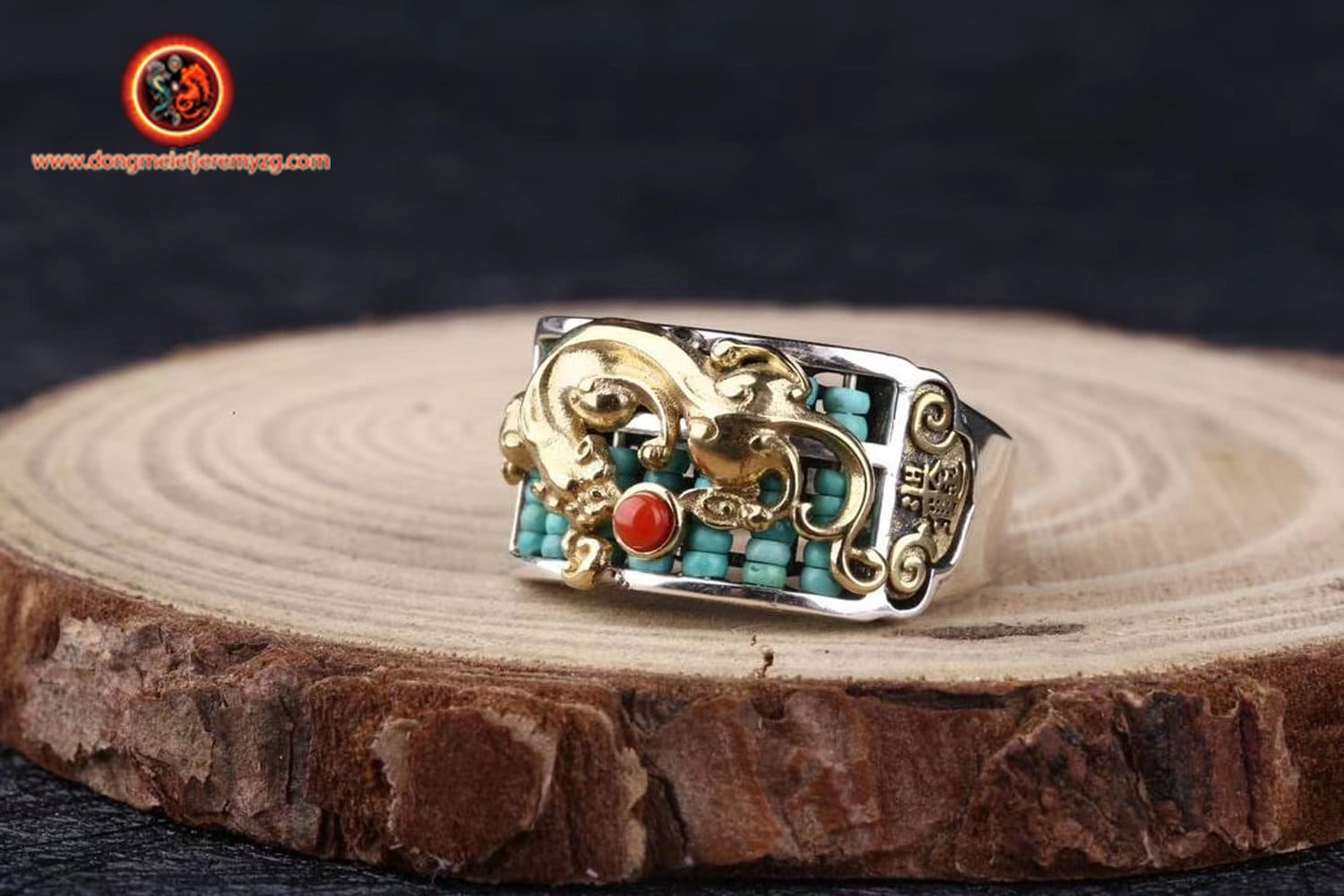 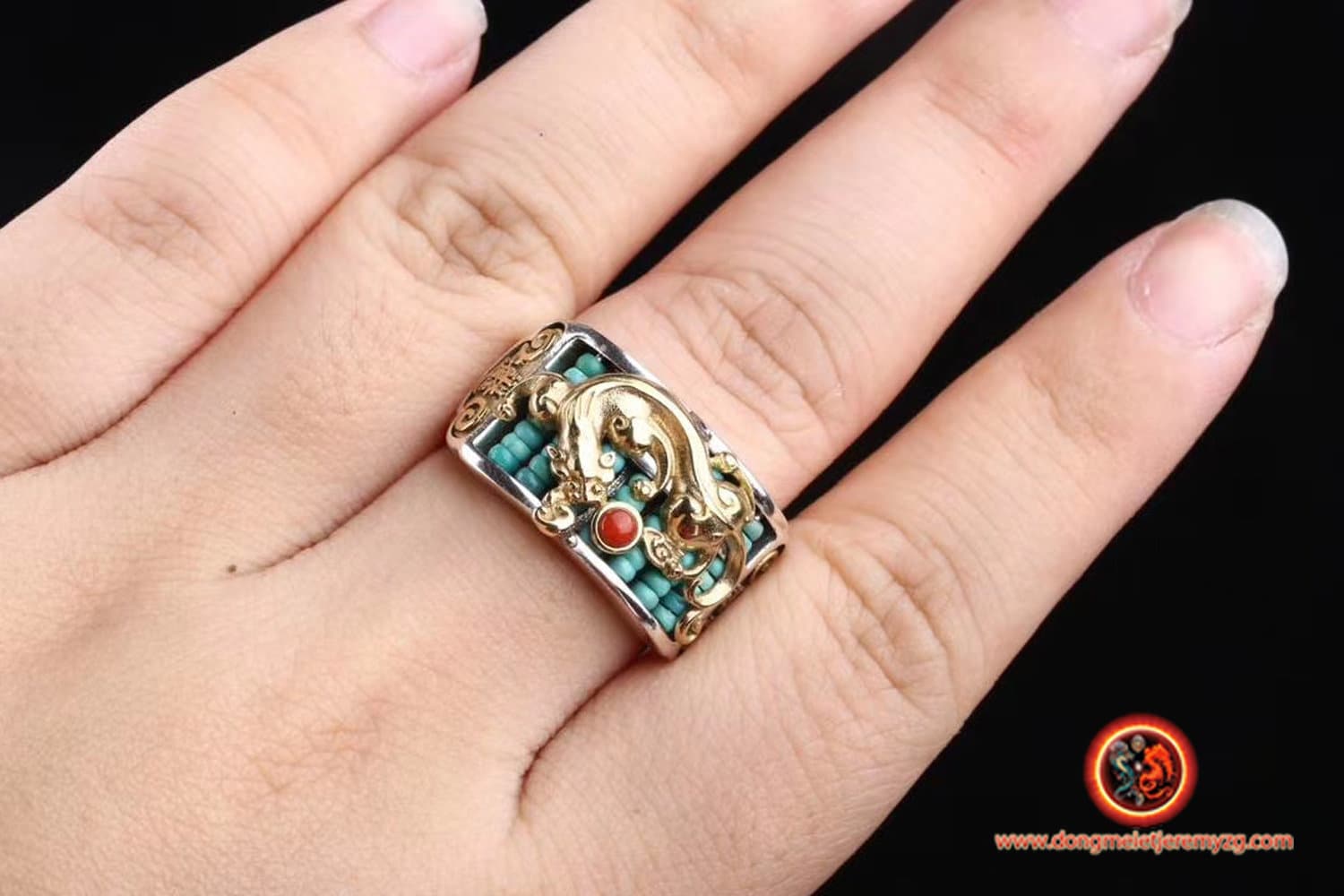 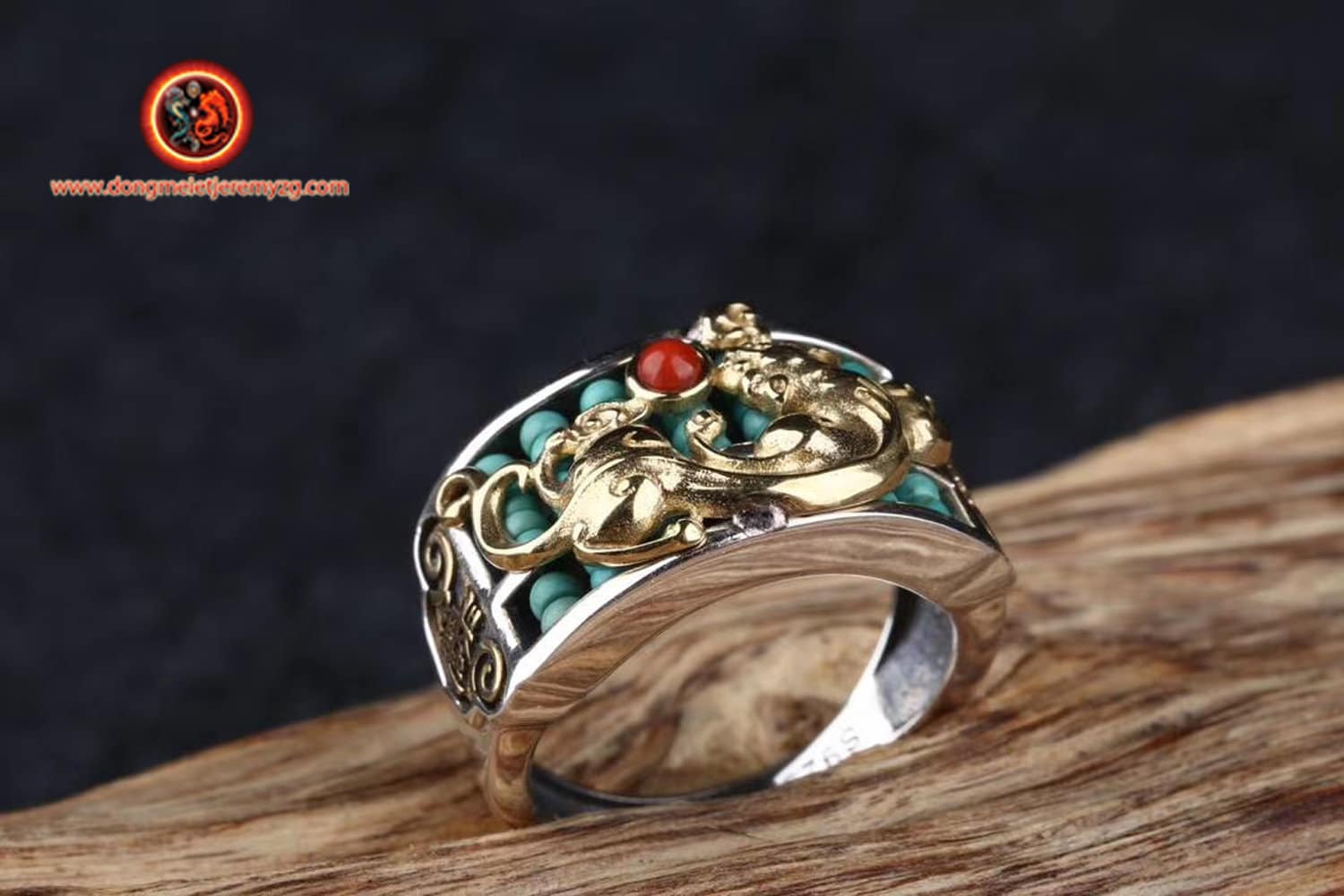 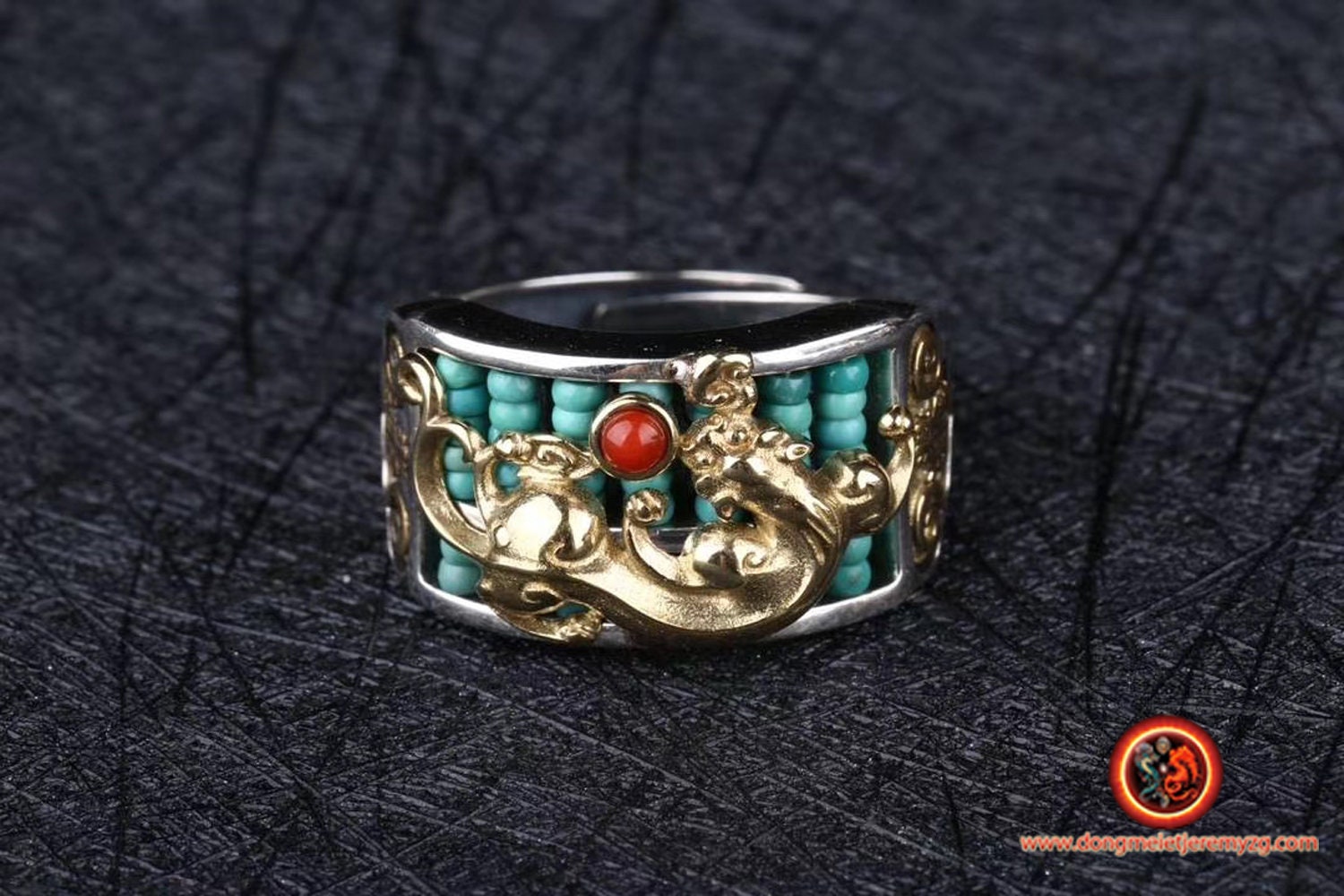 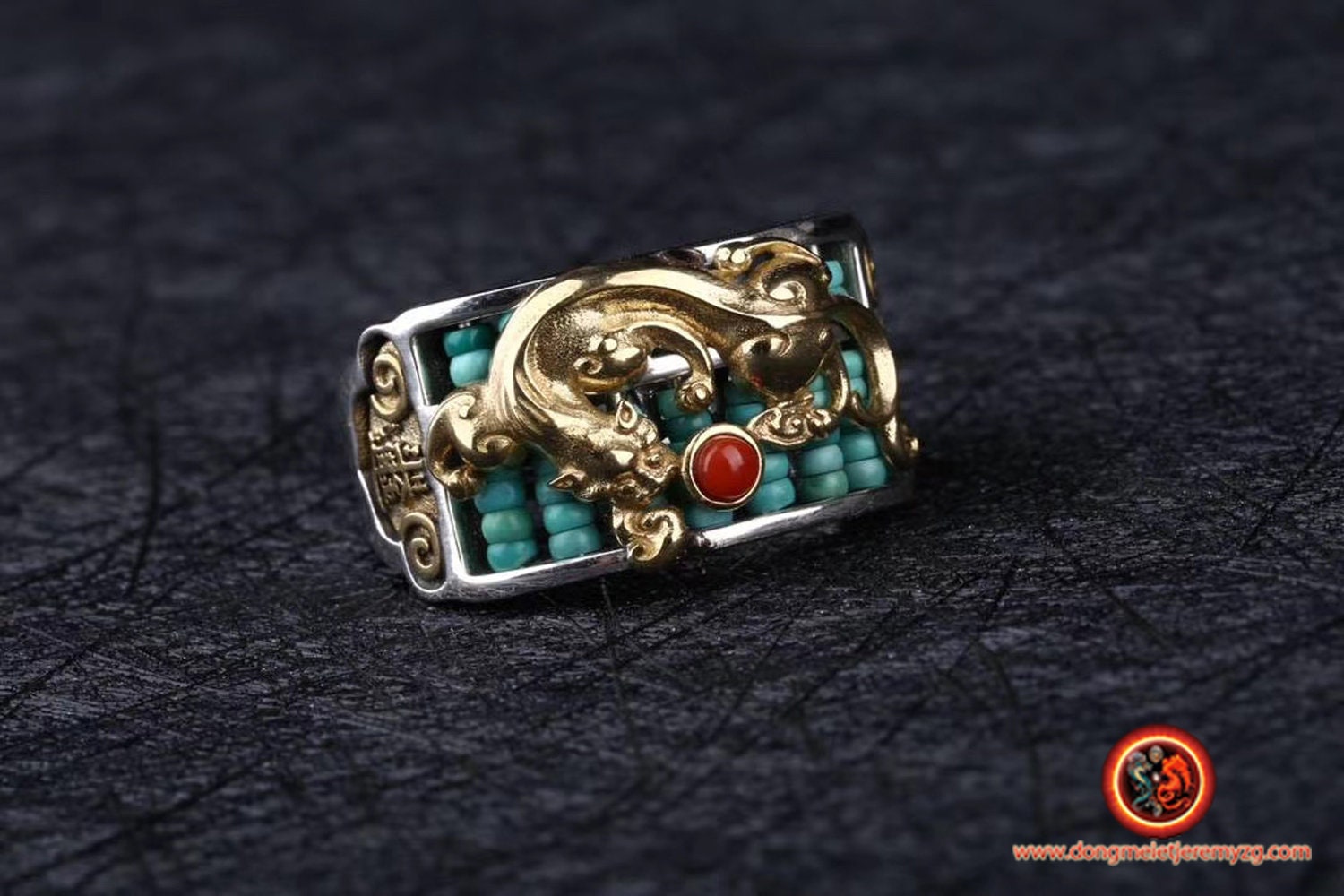 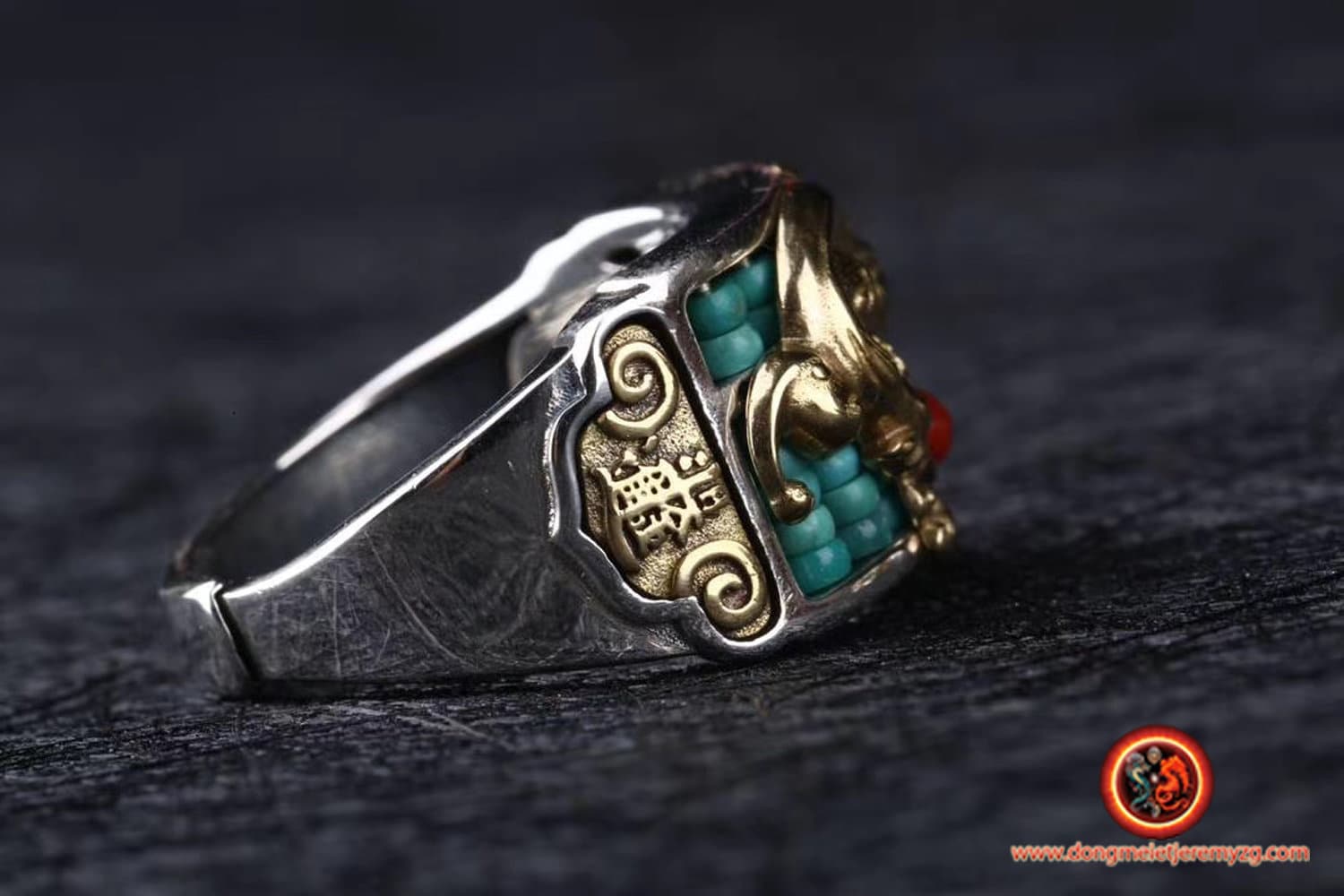 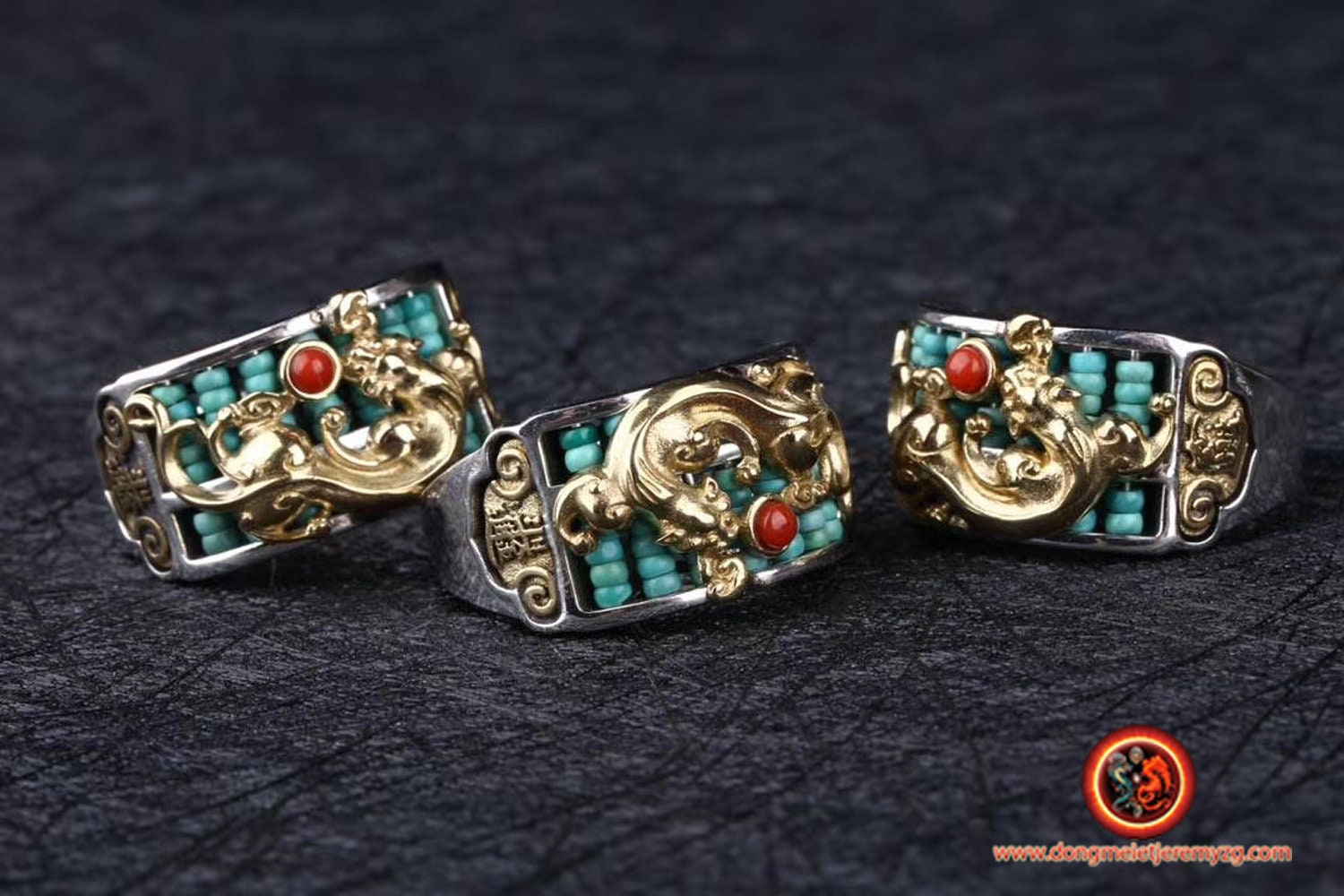 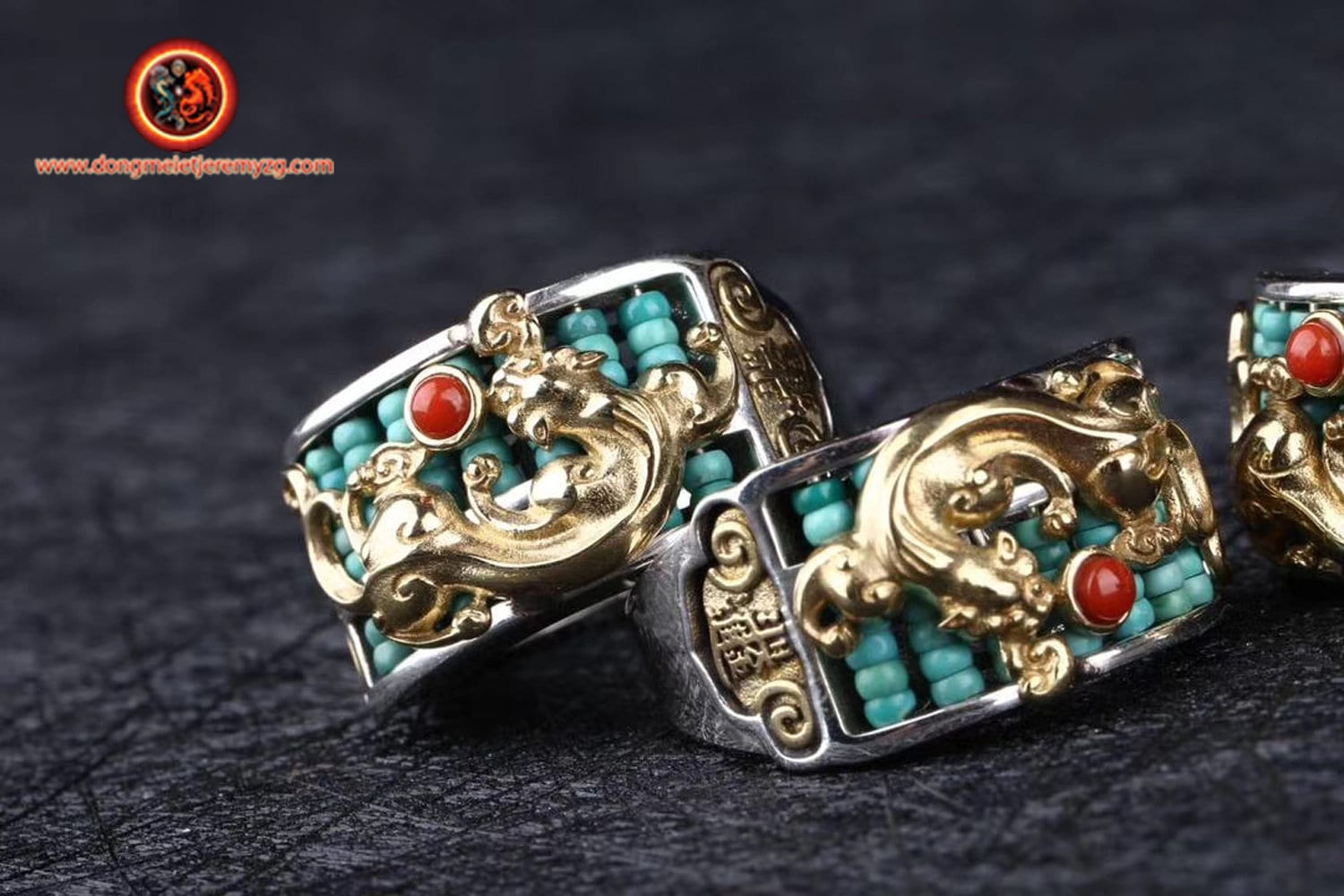 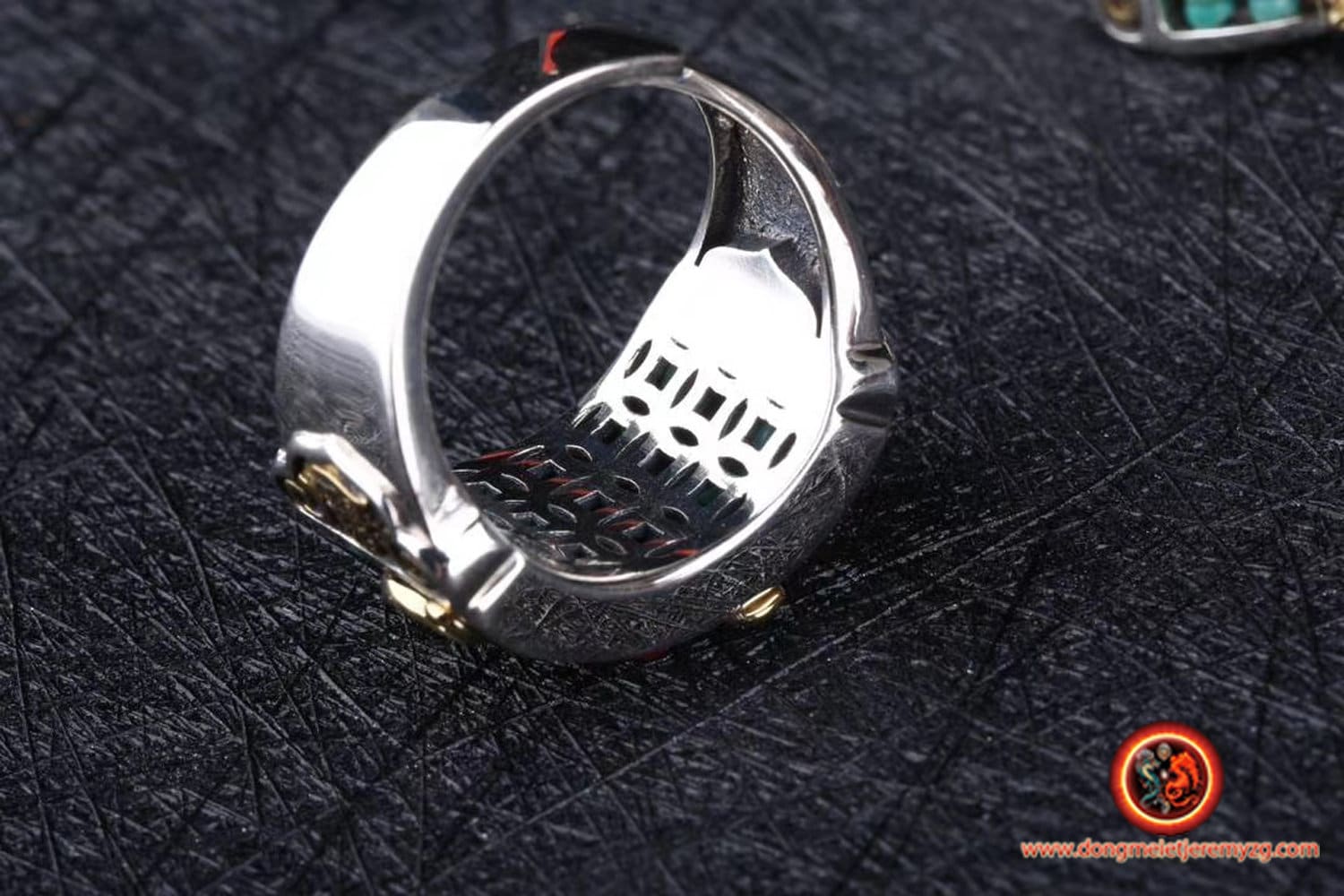 Adjustable size at all finger sizes as shown in the ninth photo.

It brings luck and fortune,
it promotes the proper circulation of Qi.
it increases wealth,
it protects people and homes,
it removes bad luck and obstacles,
and it promotes good opportunities.
Pi Xiu statutes are very common in Asian households. Considered a guardian and protector, they are revered. To place them well and use them, it is still best to follow the rules of feng shui. they are used as are tigers and dragons so, mainly, that they ward off bad luck and repel harmful energies. The pixiu is placed near a door, facing outwards. Given its ferocious nature and mission to protect against evil spirits, one does not turn the pixiu towards another person, unless of course you want to tell them that they are a declared enemy and have decided on some dubious magic operation. Pixiu pendants are commonly found. In this case, pixiu acts more as a protection against harmful influences, especially for health.