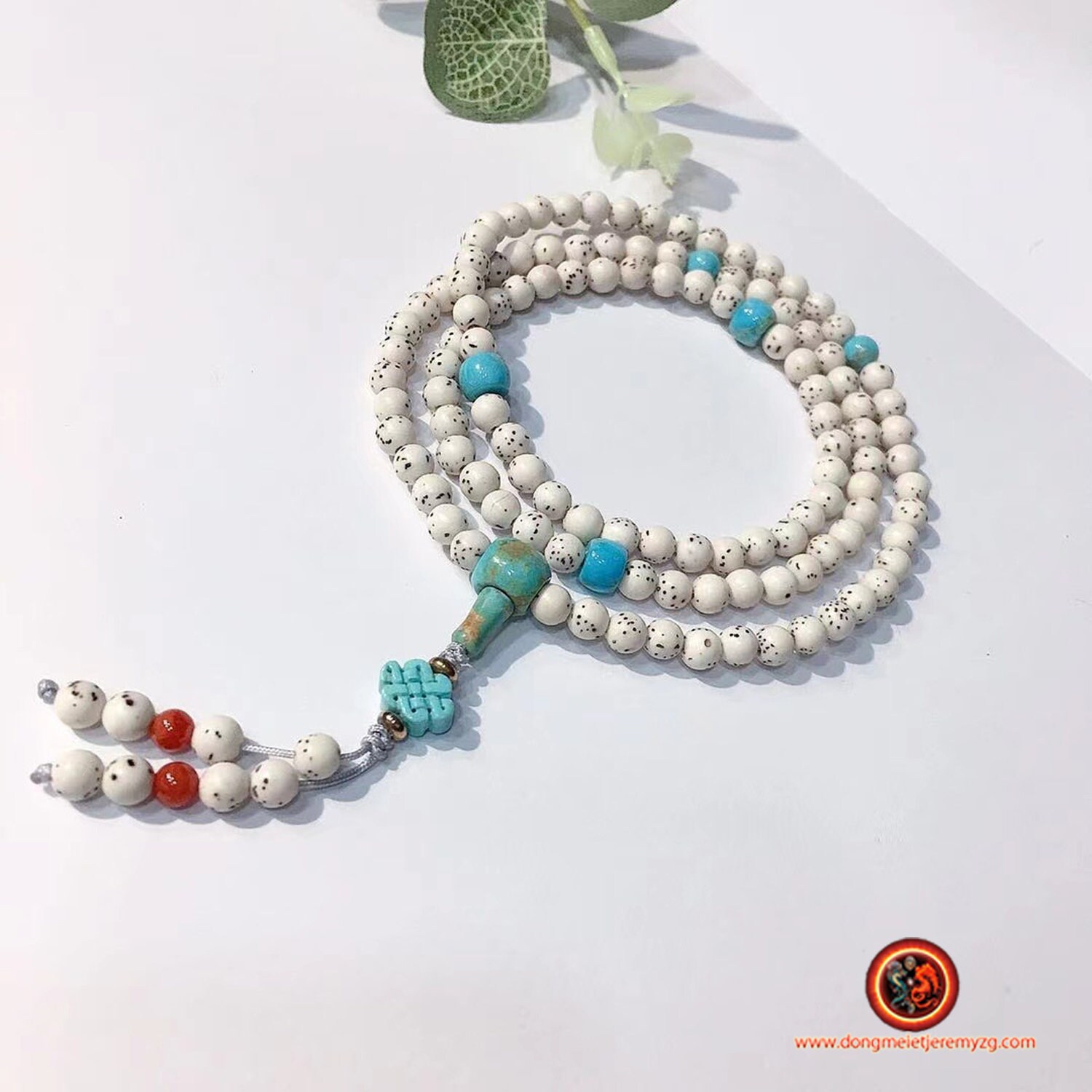 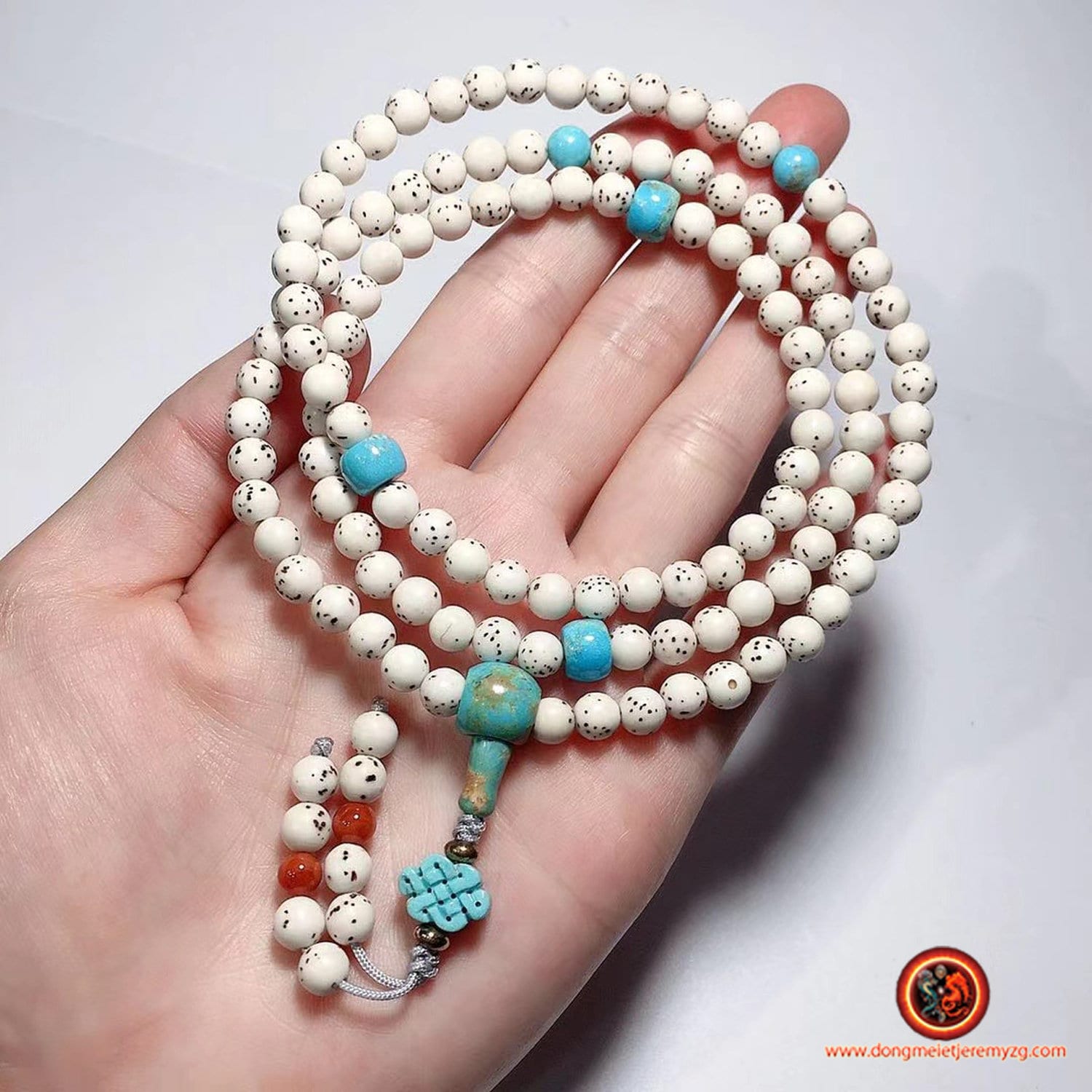 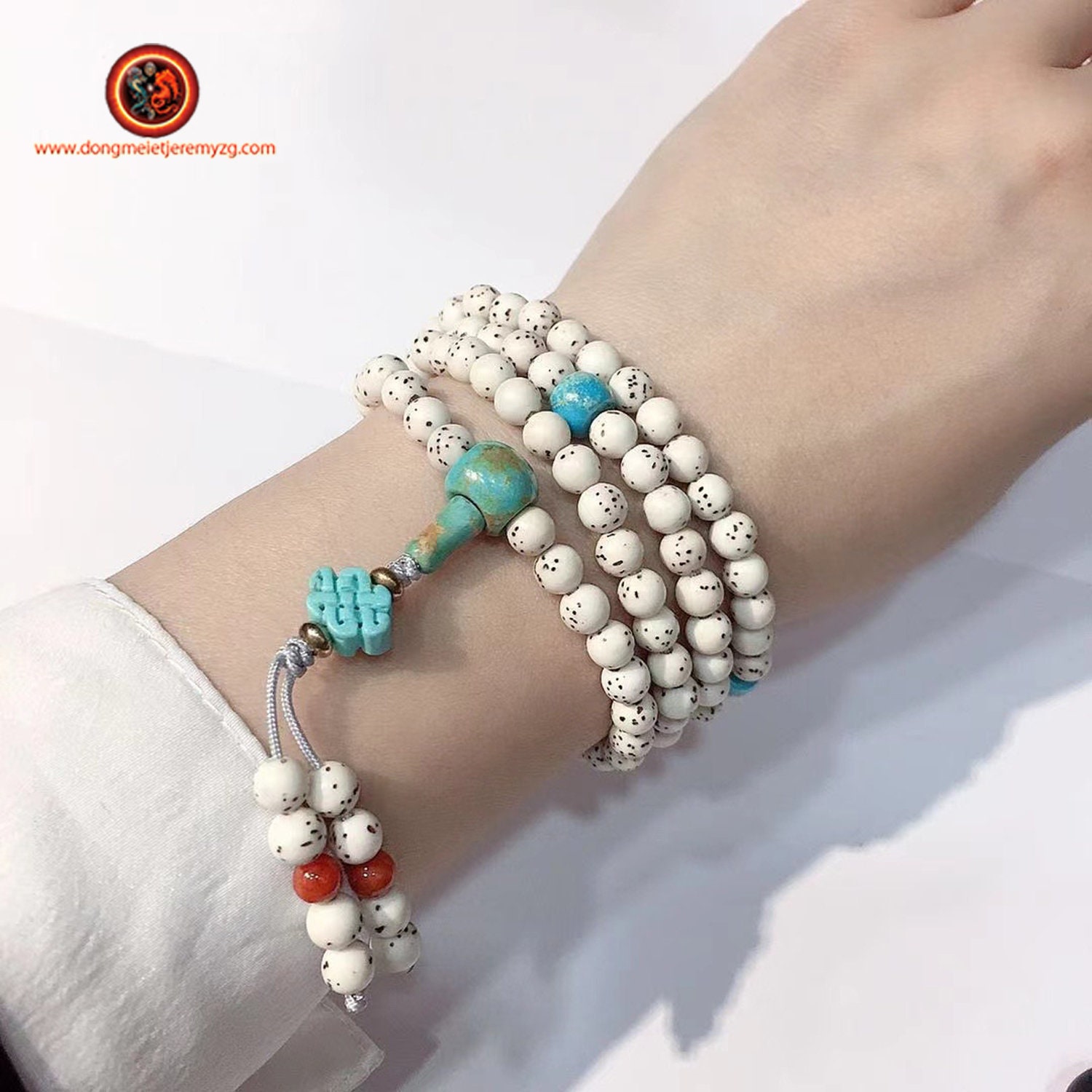 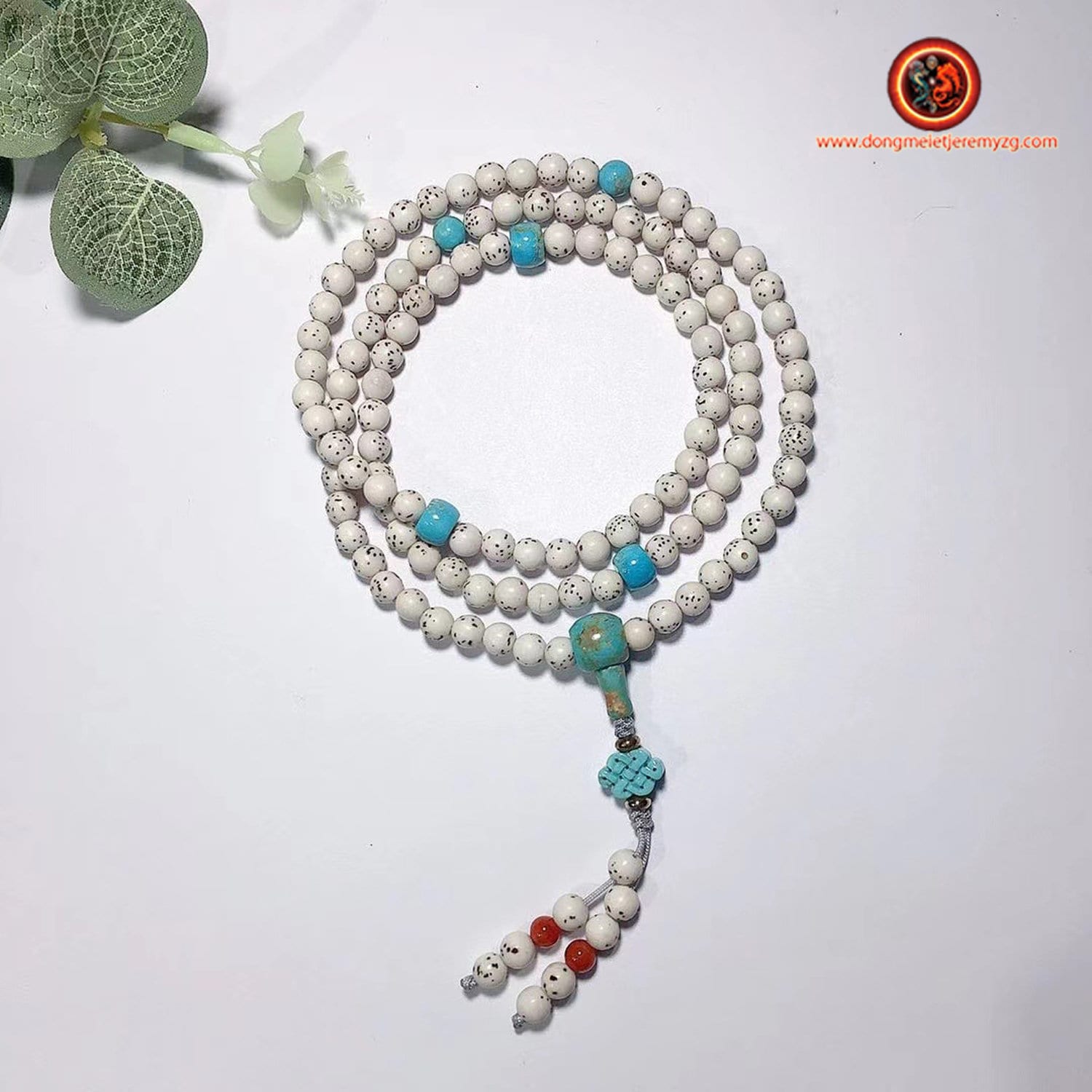 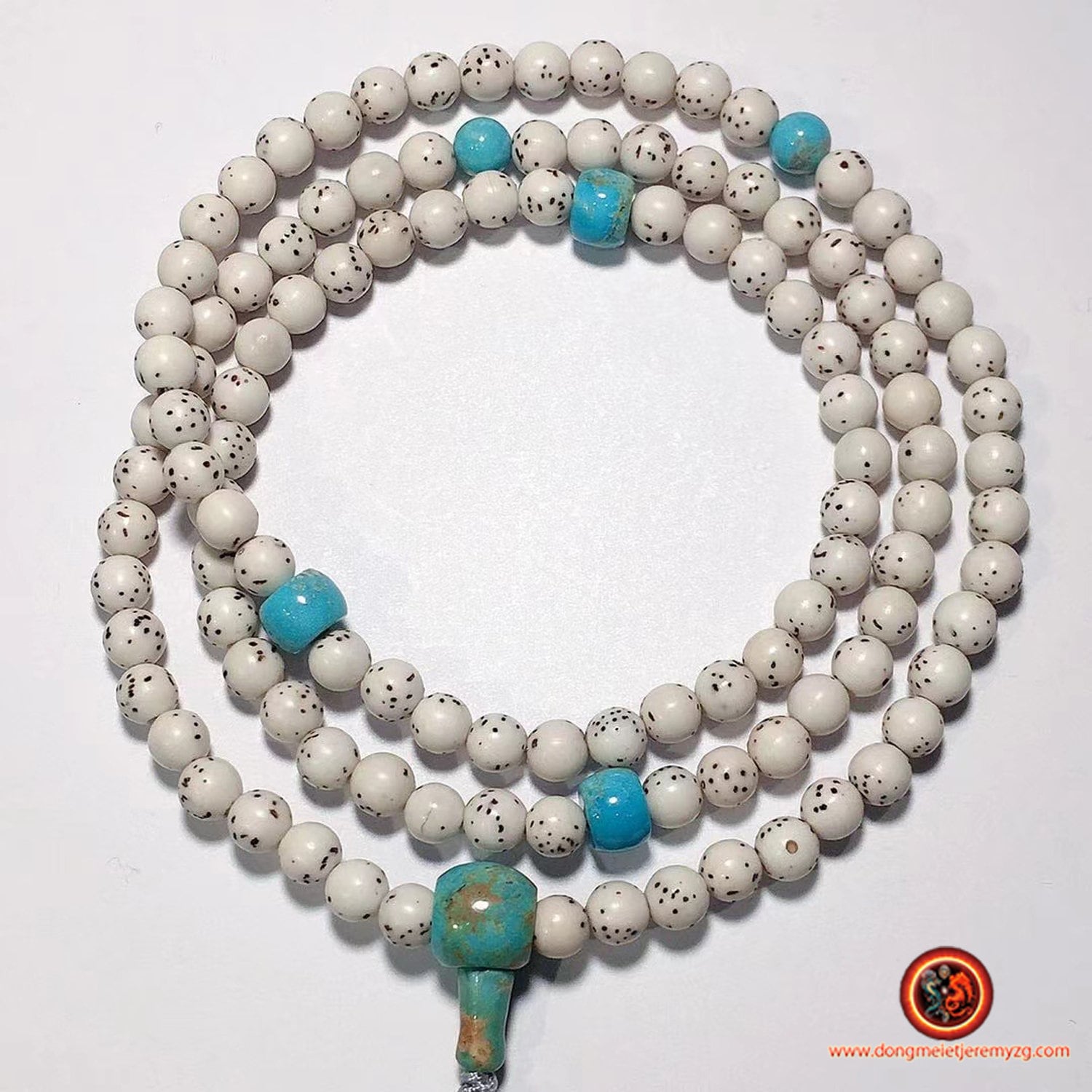 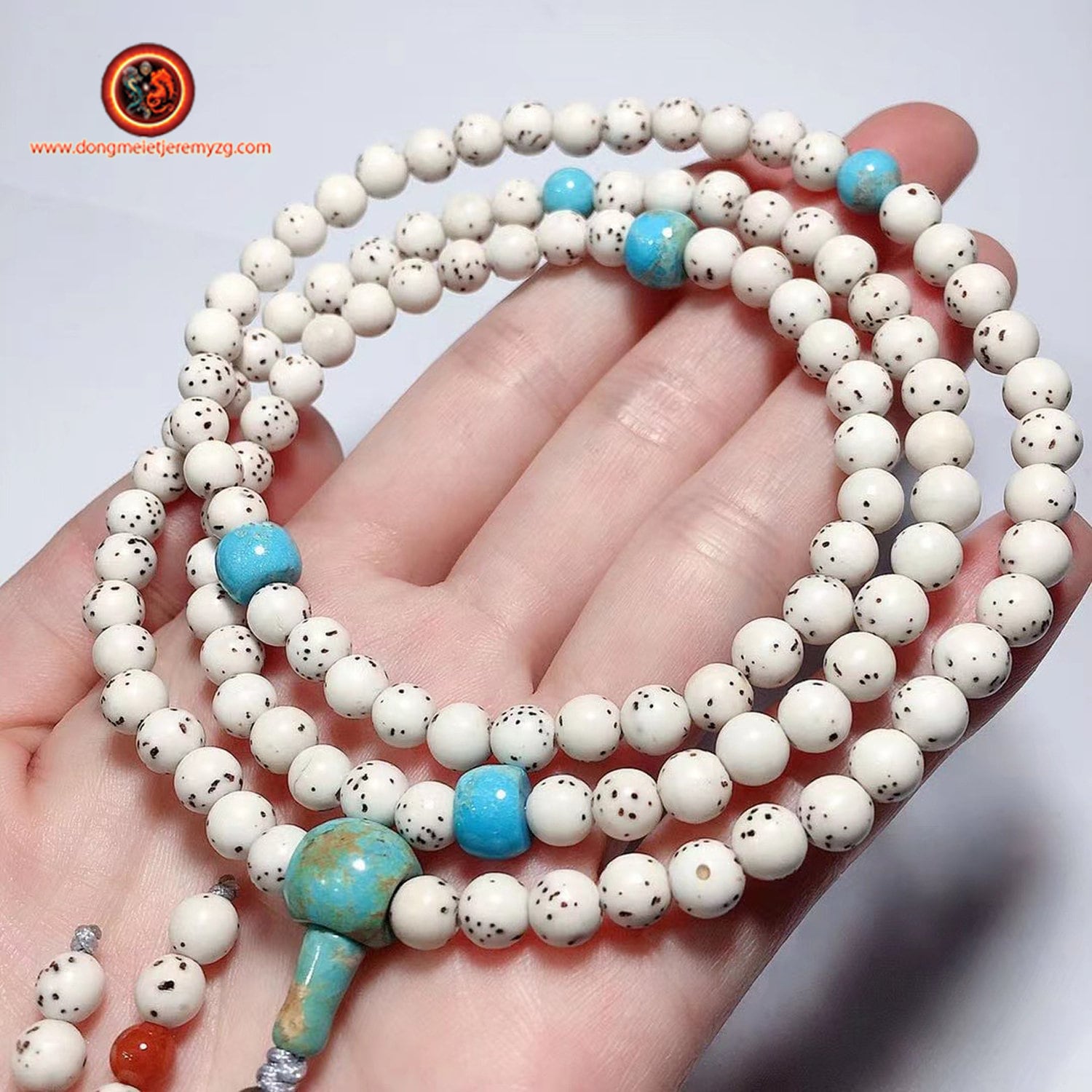 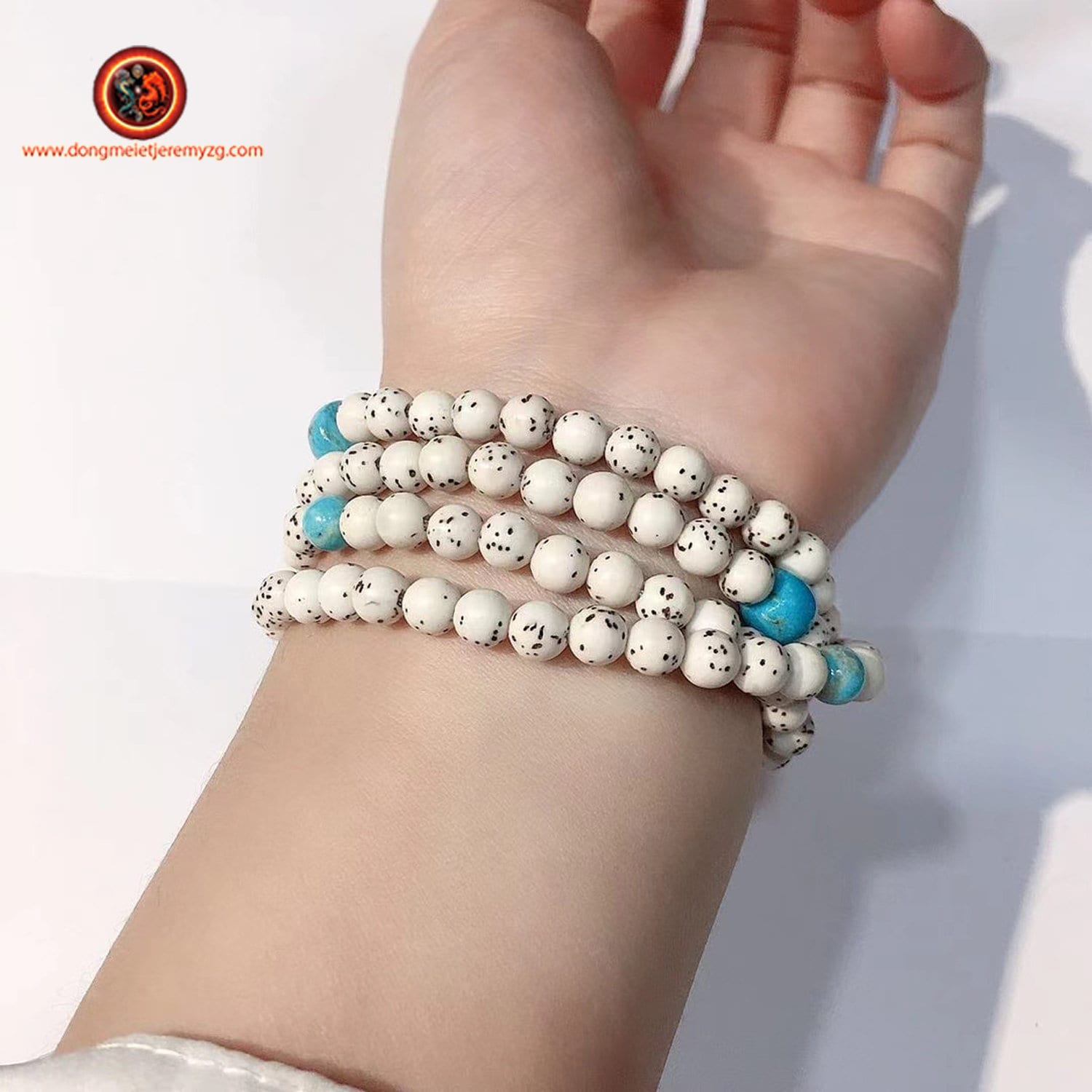 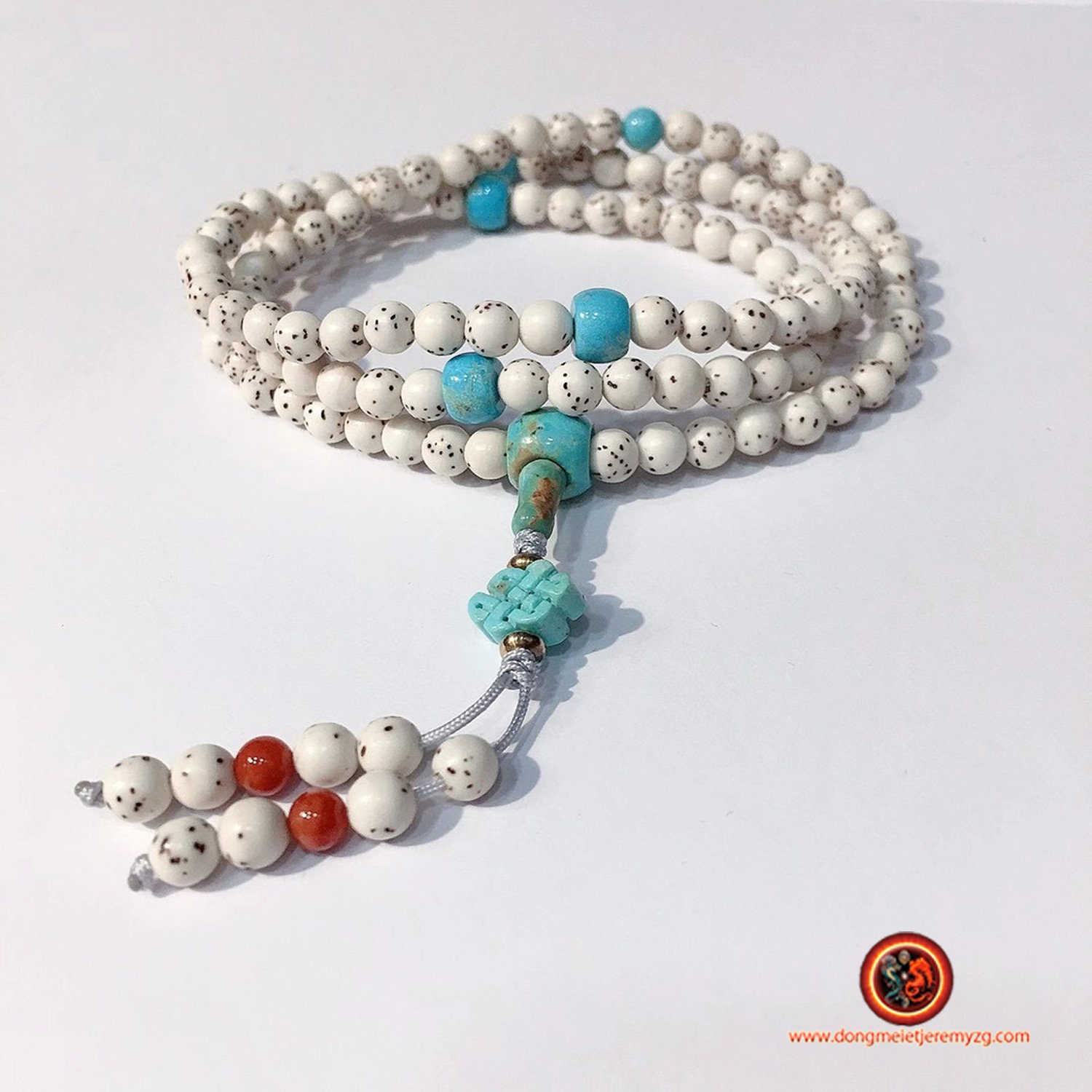 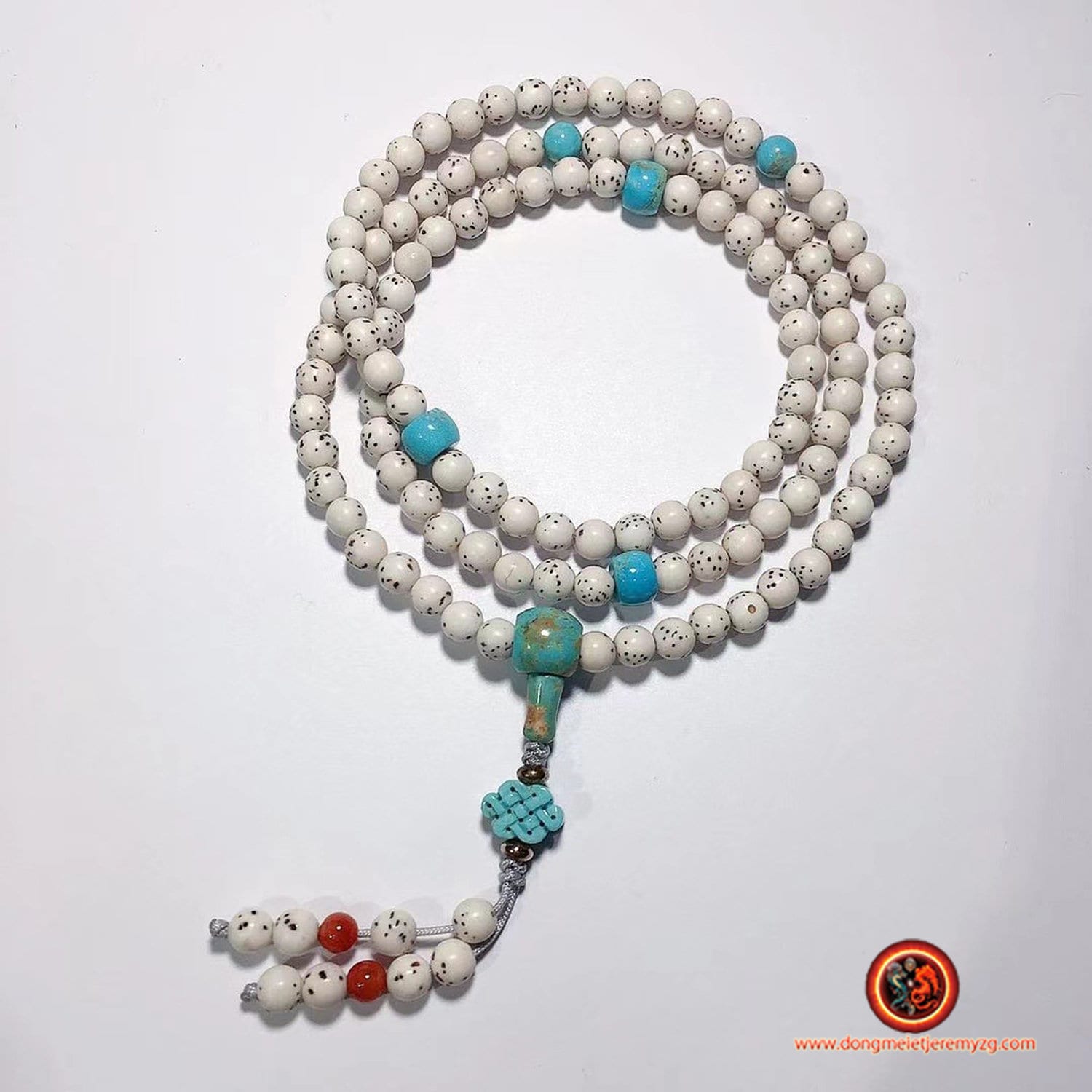 All the materials used for this mala are of a very high quality, and it is an exceptional piece in this capacity.


The Tibetan Endless Knot or Infinite Knot, placed in finish and turquoise, is a Buddhist symbol that represents the movement of what is eternal, the spiritual paths that intertwine and time. The shape of the Endless Knot is evocative of wisdom and compassion in Tibetan Buddhism. The top and bottom of the symbol symbolize the interaction of the opposing and duelles forces, which eventually come together and unite in the universe. The infinite Tibetan knot also represents the inseparability of the Void and the reality of existence. Finally, since the Node has neither beginning nor end, it is also defined as the Wisdom of Buddha