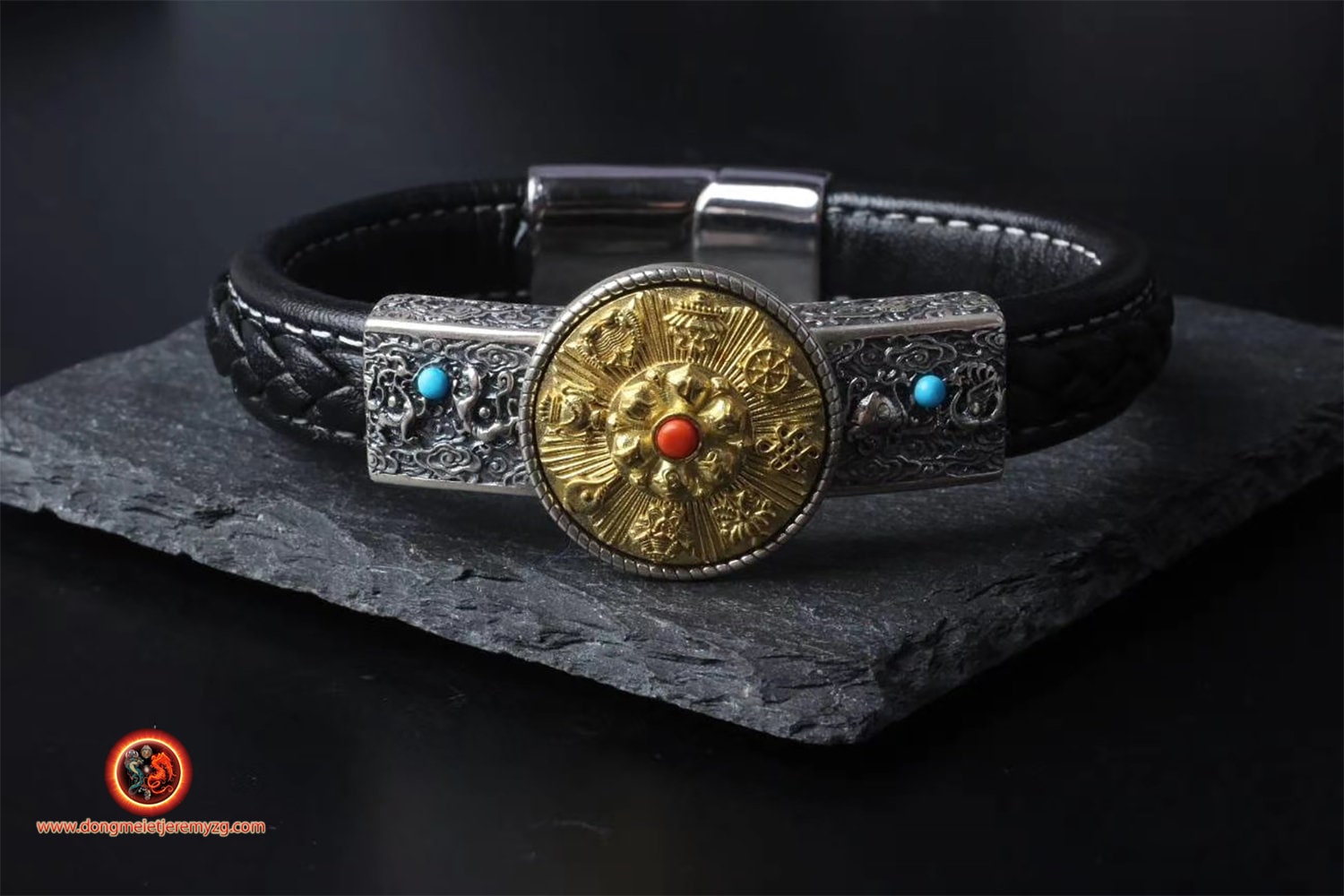 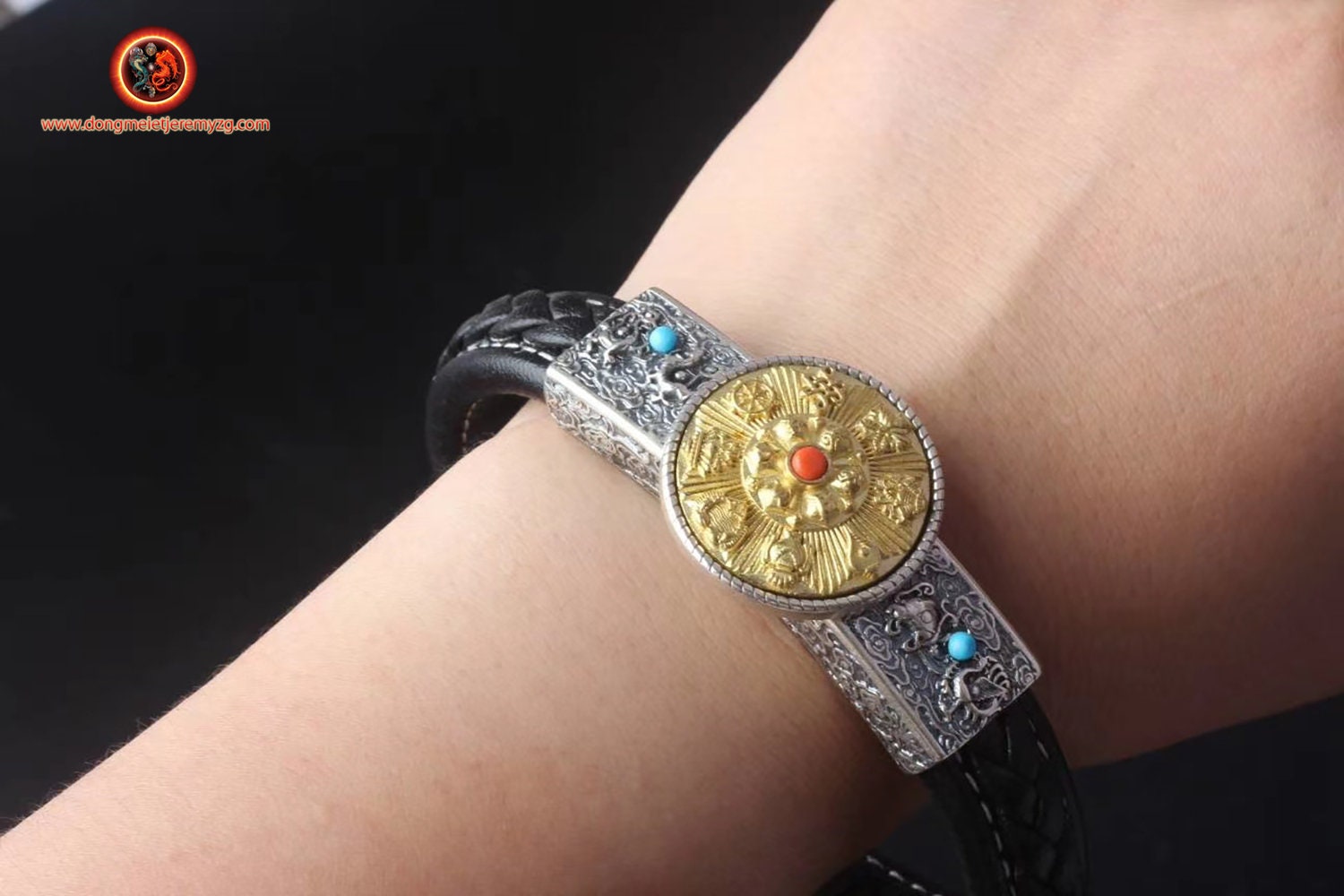 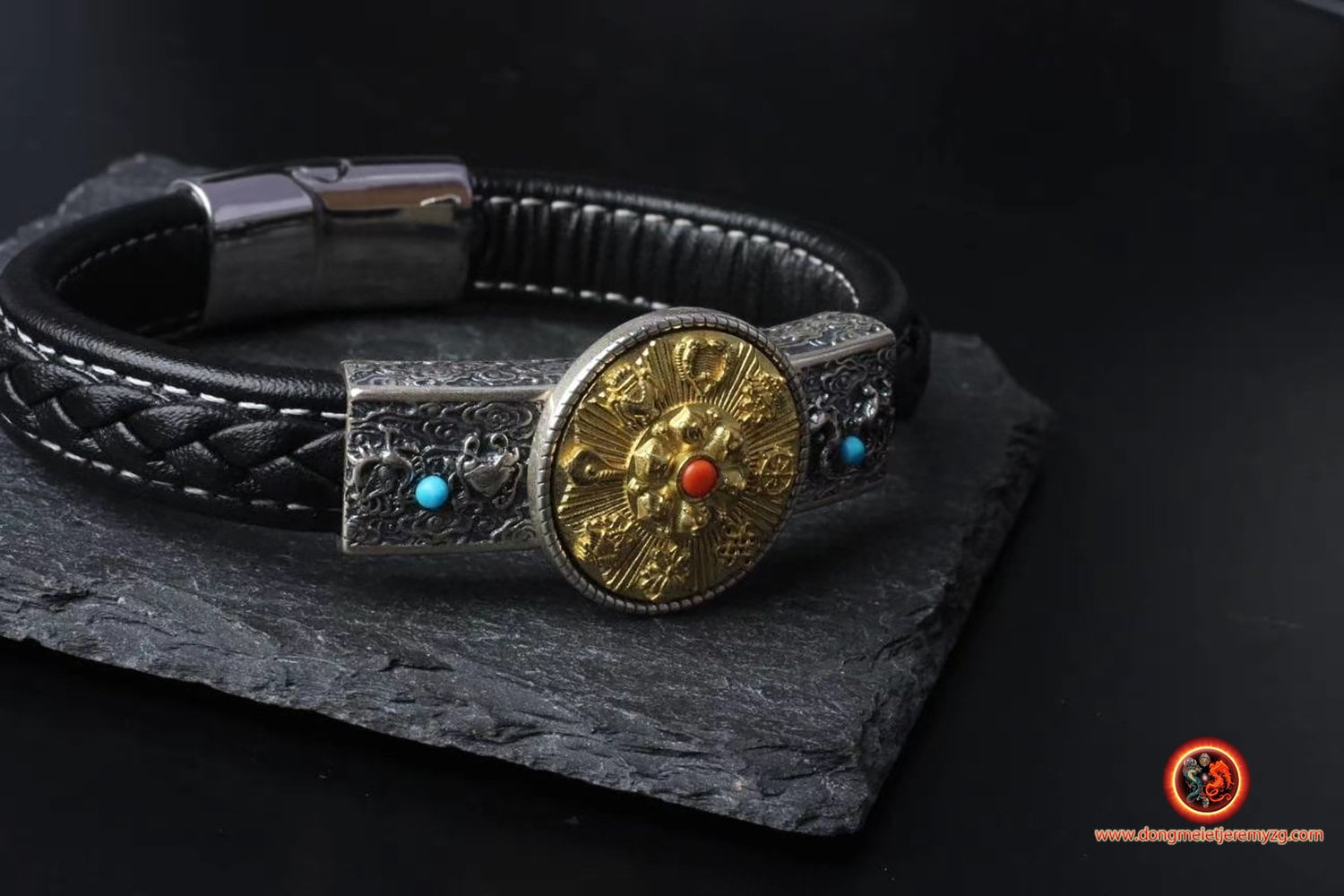 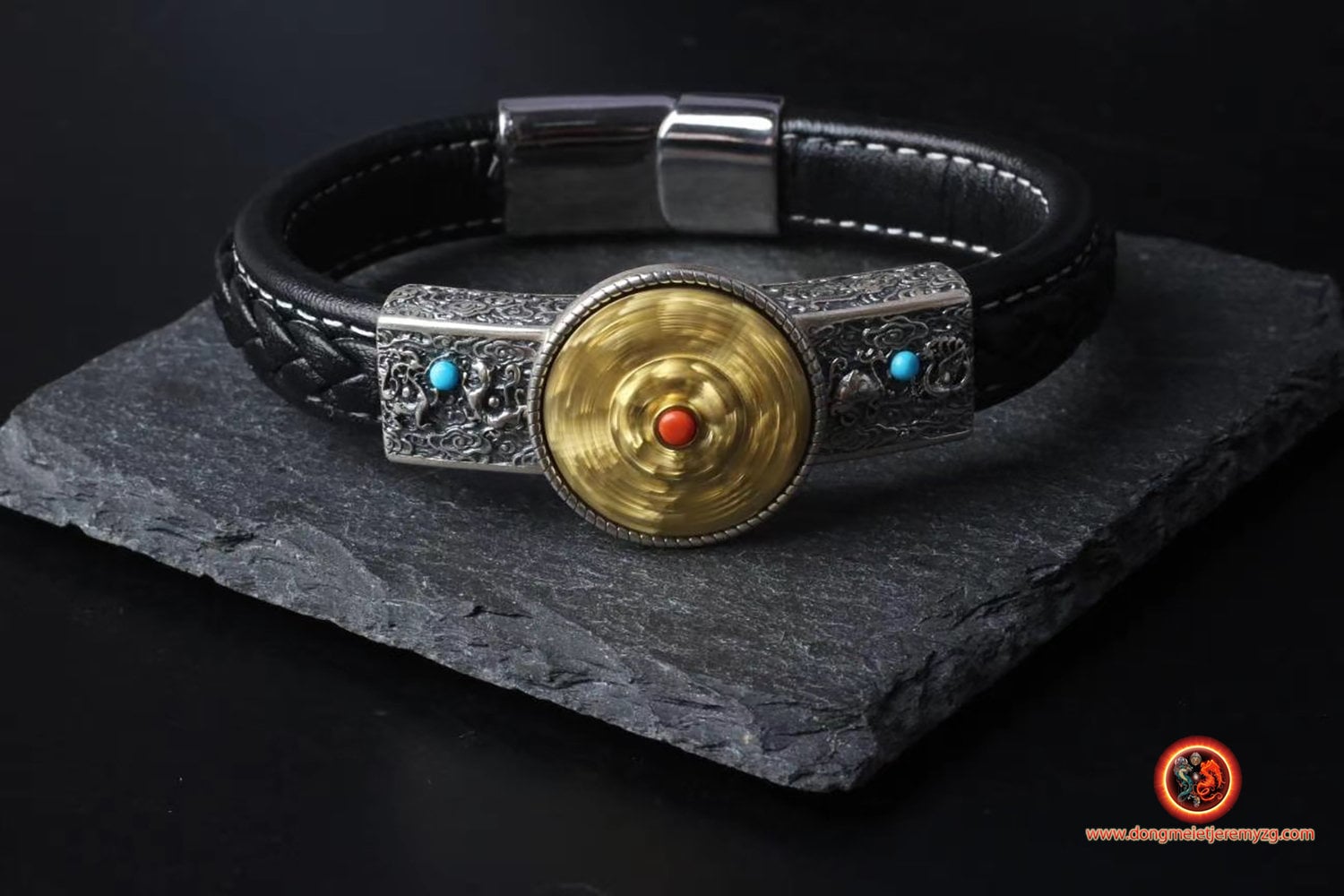 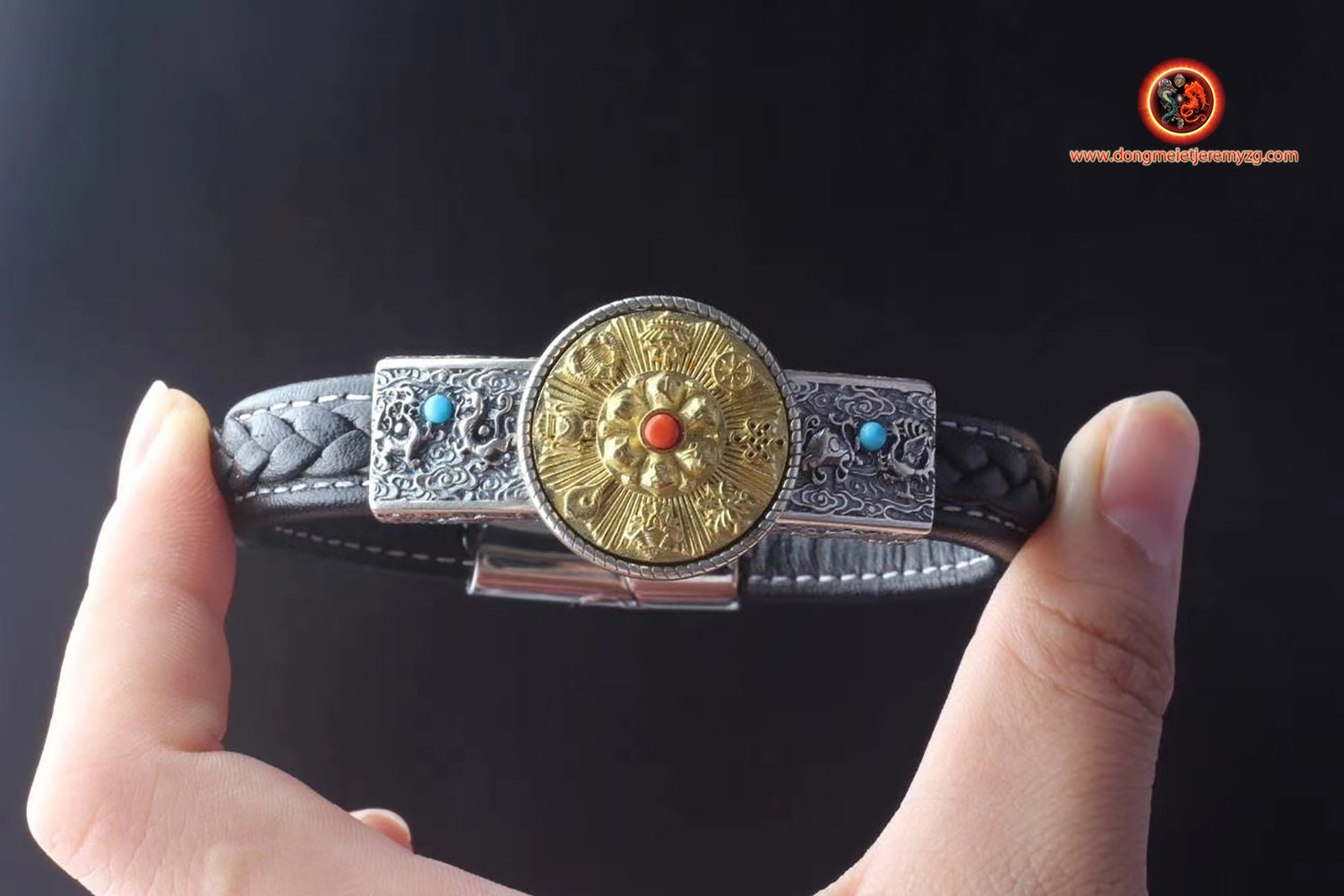 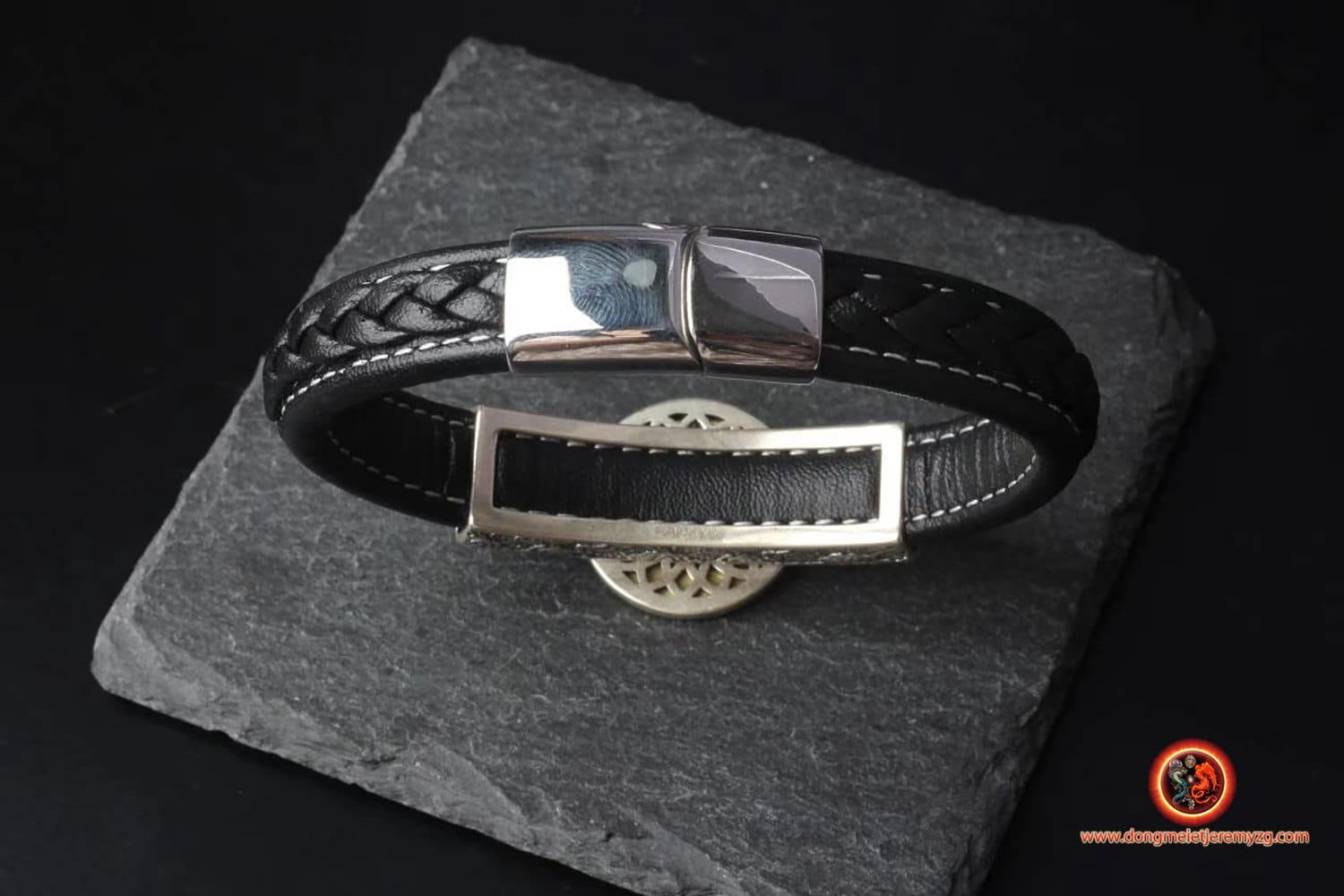 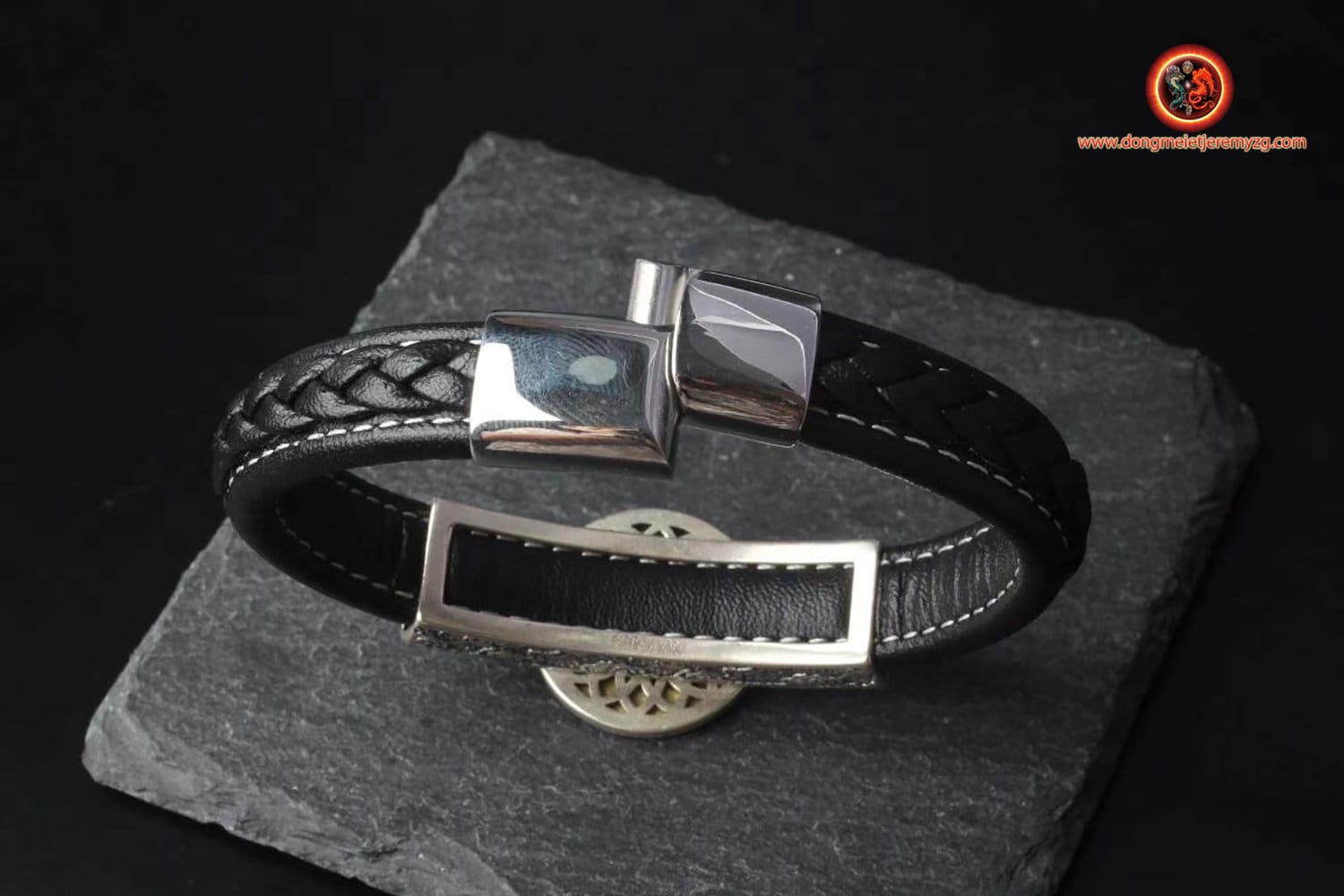 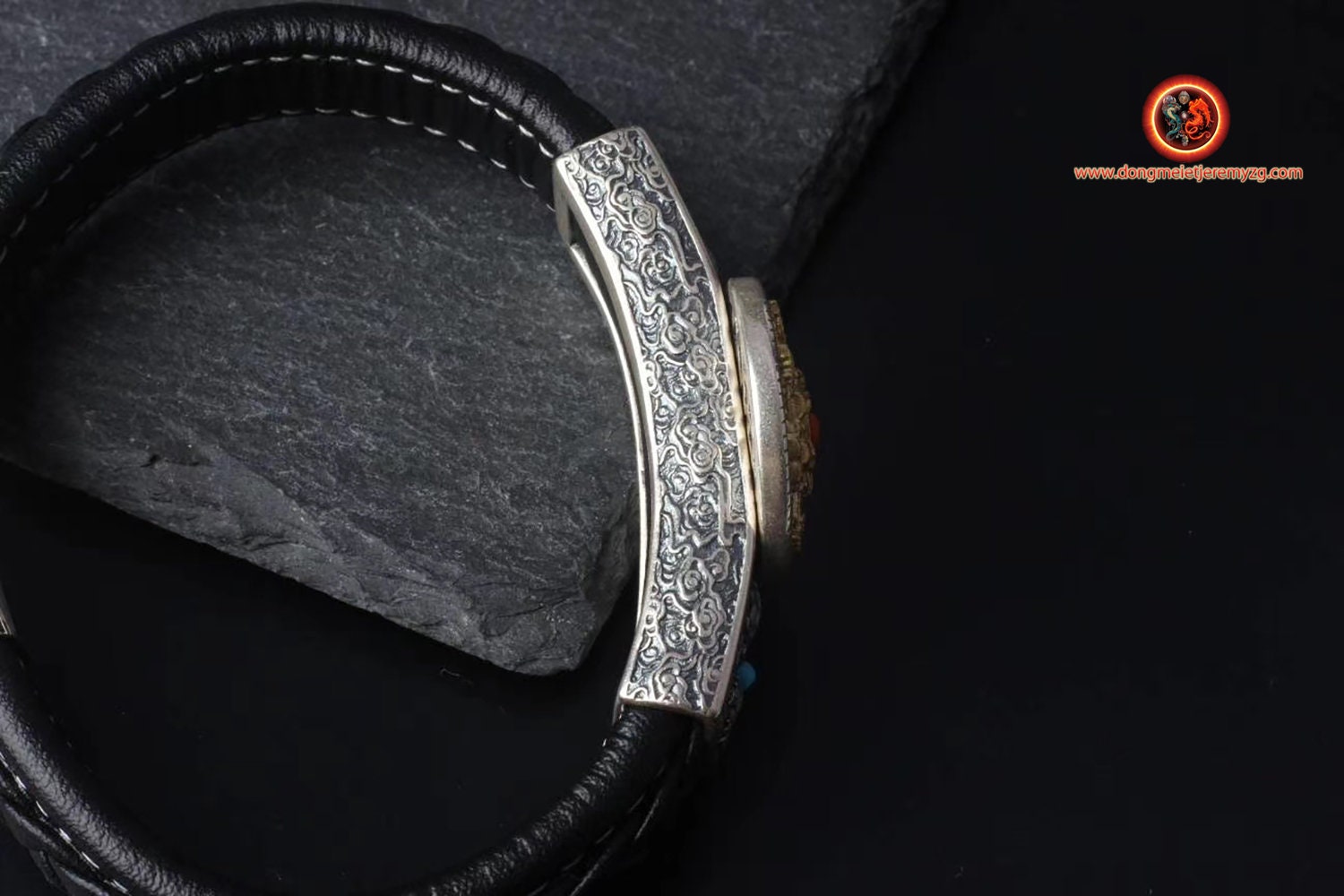 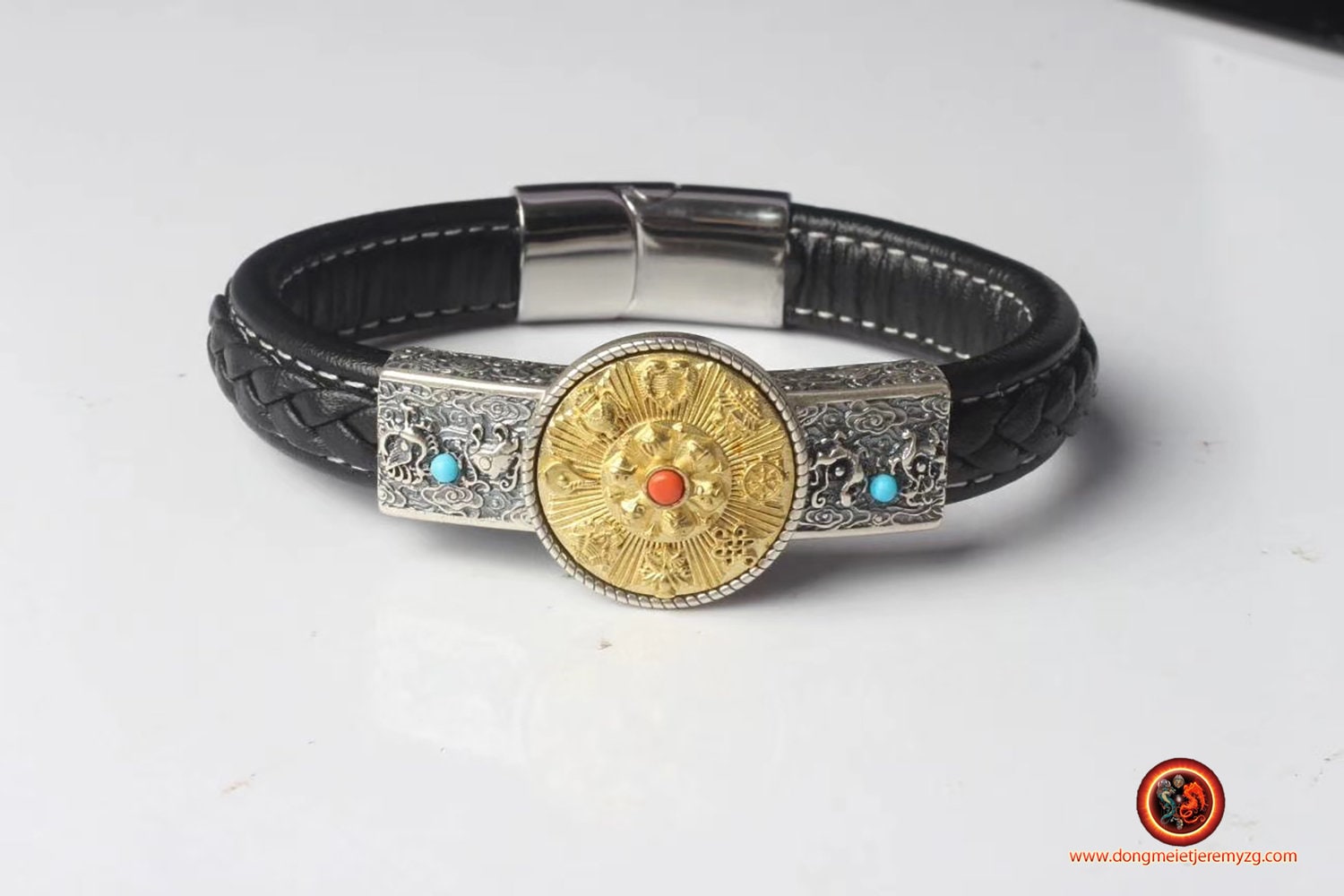 Length of the default bracelet 20cm. Don't hesitate to contact us for a specific length
Leather width 12 mm
Total weight of about 45 grams.
the 8 signs are rotating thanks to a high-performance ball bearing designed in Germany